Fully restored and upgraded, this 1990 Land Rover Defender 110 pick-up was recently sold for more than the cost of a new Range Rover. 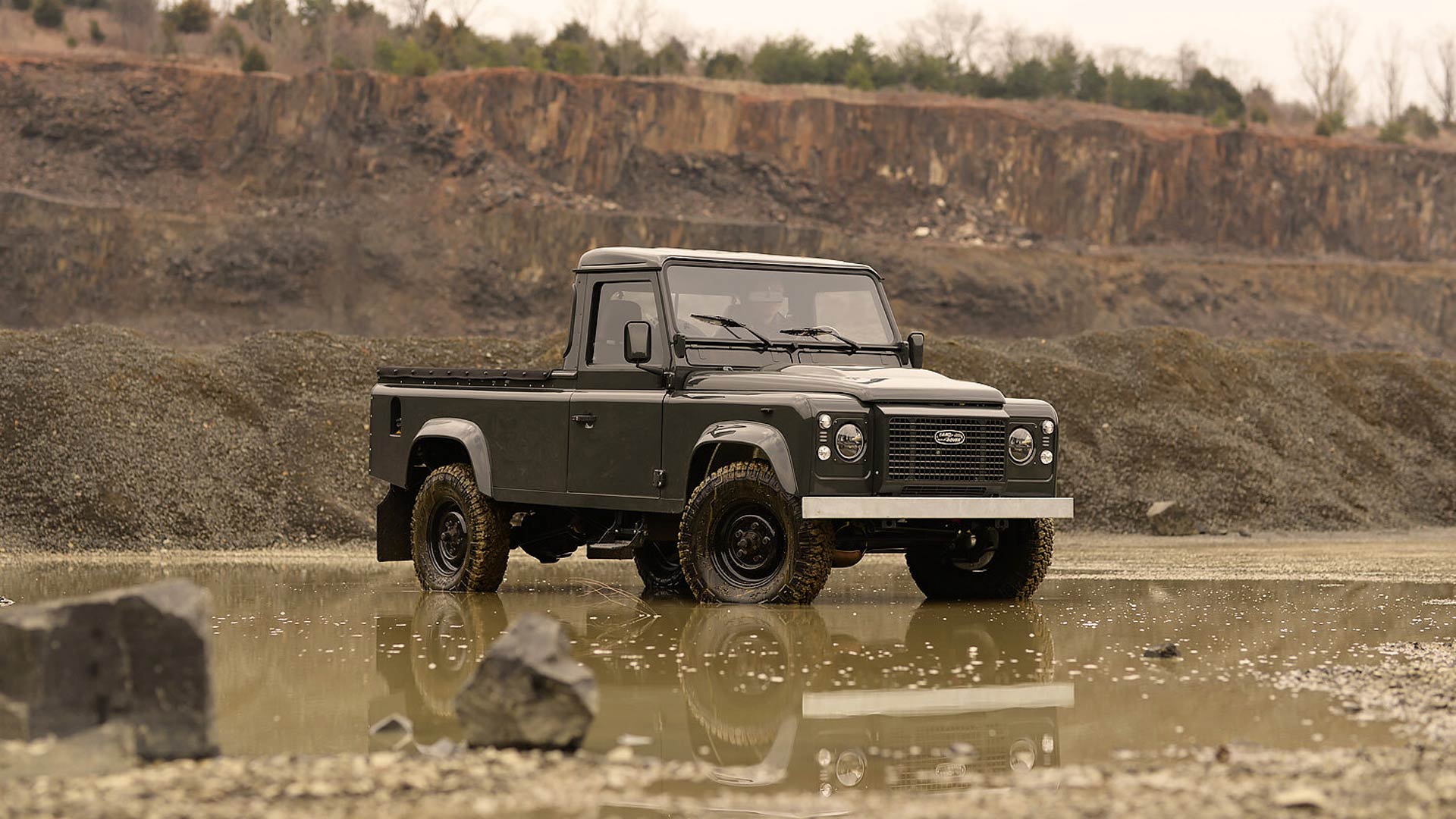 The world may be going crazy for the brand-new Land Rover Defender, but classic examples are still in big demand.

North American enthusiasts are helping drive values of the iconic utility vehicle to new heights, despite their humble origins.

This restored 1990 Defender pick-up, recently sold in Marshall, Virginia, demonstrates just how much money they can now command.

After the work is done 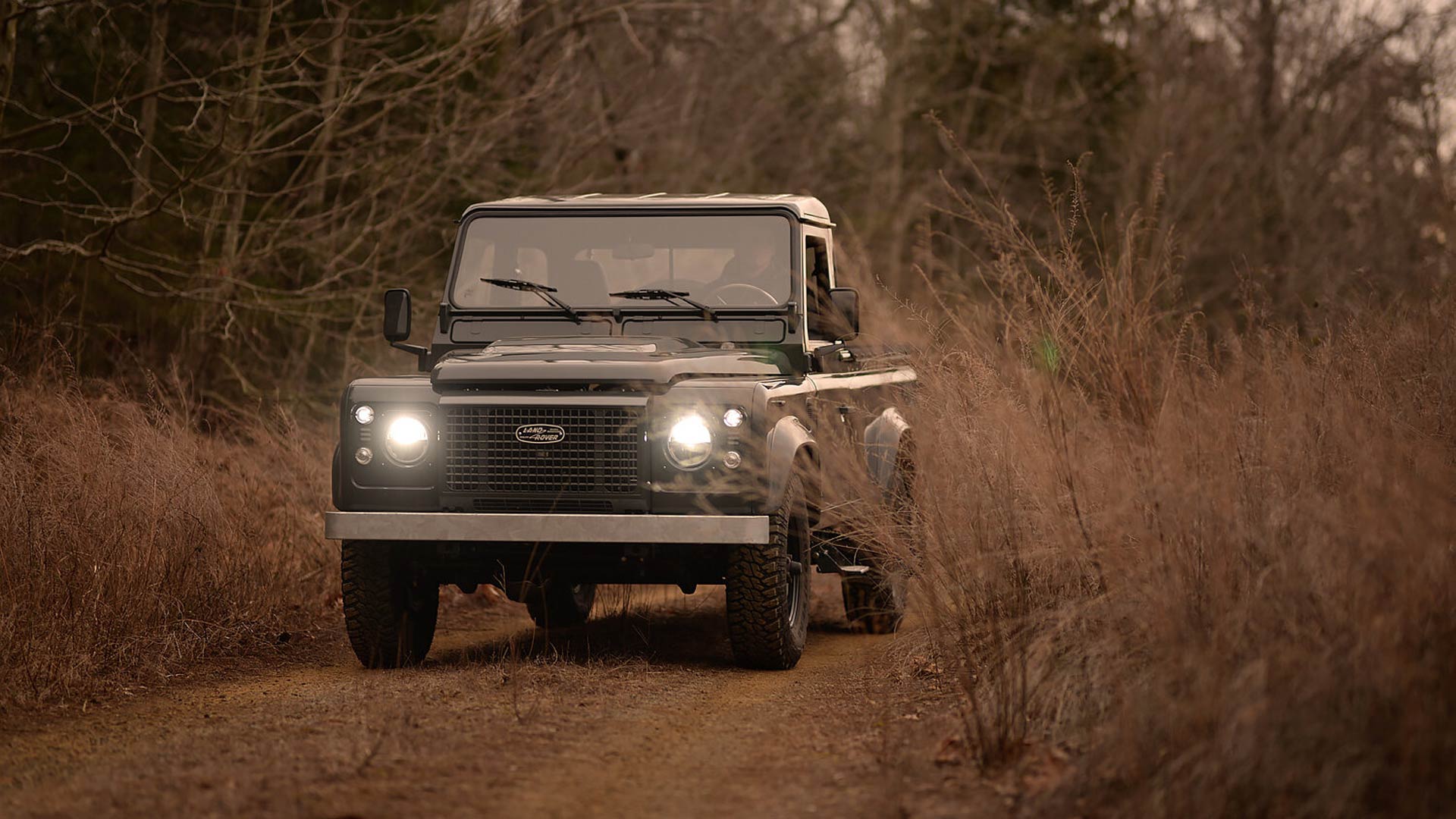 Leaving Land Rover’s Solihull factory painted in plain white, this Defender was clearly destined for a tough life. According to the dealer,  the 110 was used for hauling tools and people around the Spanish countryside.

After that, the Defender became the perfect base for a commission undertaken by a Commonwealth Classics customer.

A bespoke build from scratch 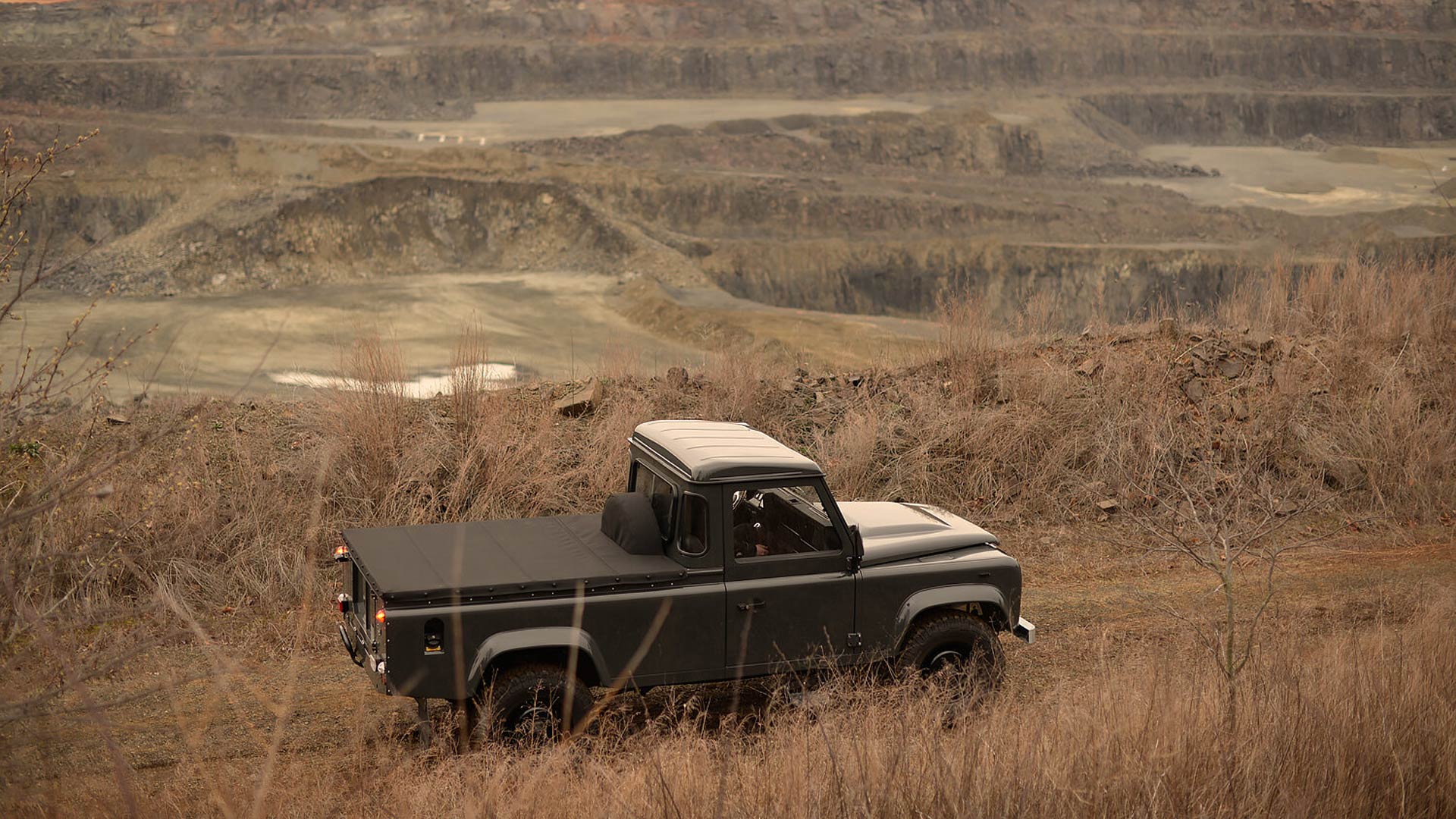 An agreement between the Virginia-based dealership and Unique Masterpieces in Portugal offered the perfect opportunity to create a new custom 4×4 truck.

Located in Porto in northern Portugal, Unique Masterpieces were able to fully strip down and rebuild the agricultural Defender. The result was a bespoke build, adding luxury and refinement to this working vehicle.

The original 200 Tdi 2.5-l4 diesel engine has been retained, along with the five-speed manual transmission. A new variable-geometry turbocharger and upgraded intercooler should add to the 113 horsepower and 195 lb ft of torque factory output.

From utilitarian to luxurious 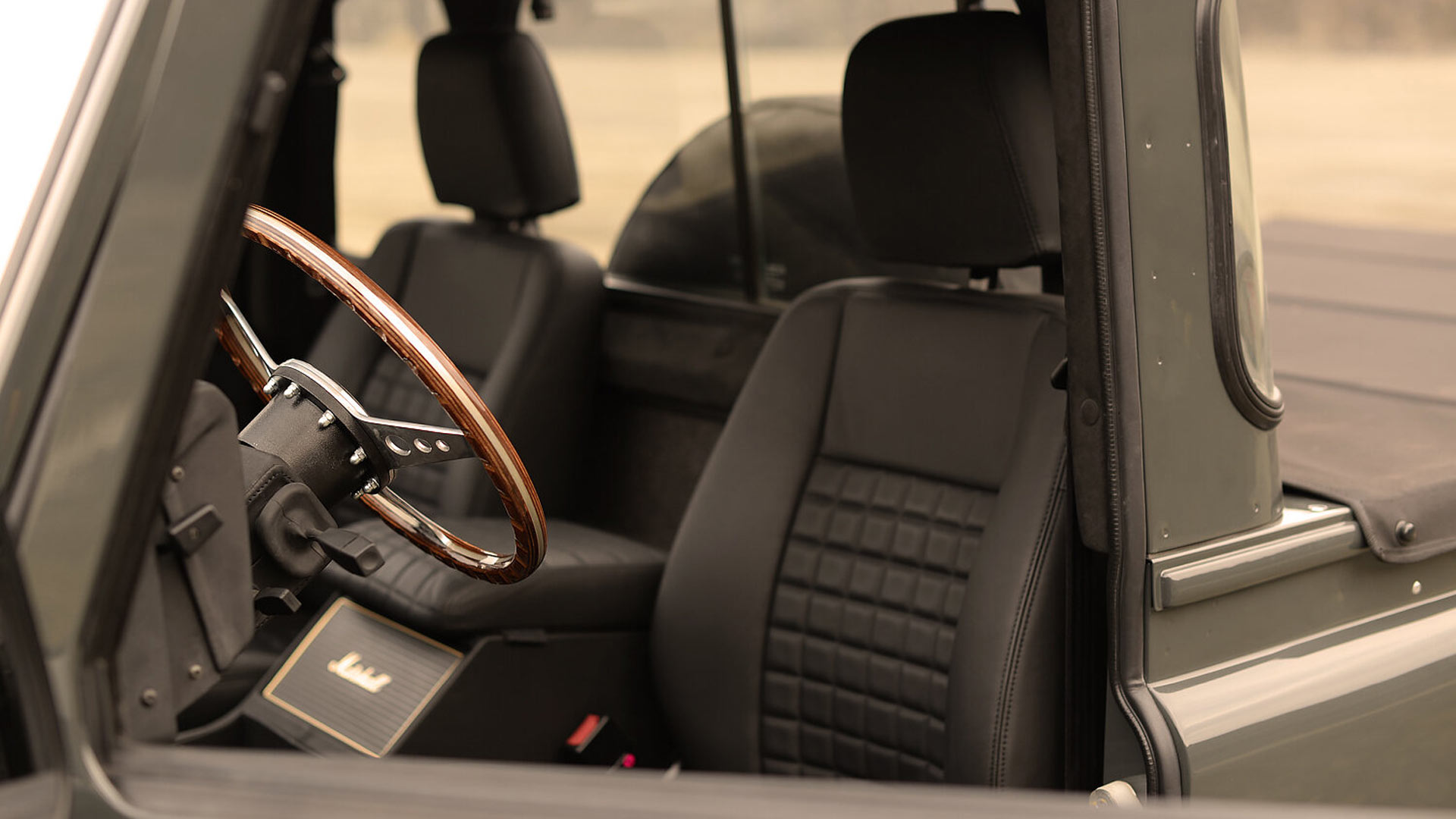 On the outside, the dull white was replaced with dark charcoal paintwork, with a custom tonneau cover fitted to the truck bed.

Inside has also been thoroughly updated. Black leather has been used to cover the seats, dashboard and door cards. A Marshall Bluetooth sound system and extra sound deadening were also installed during the build process. 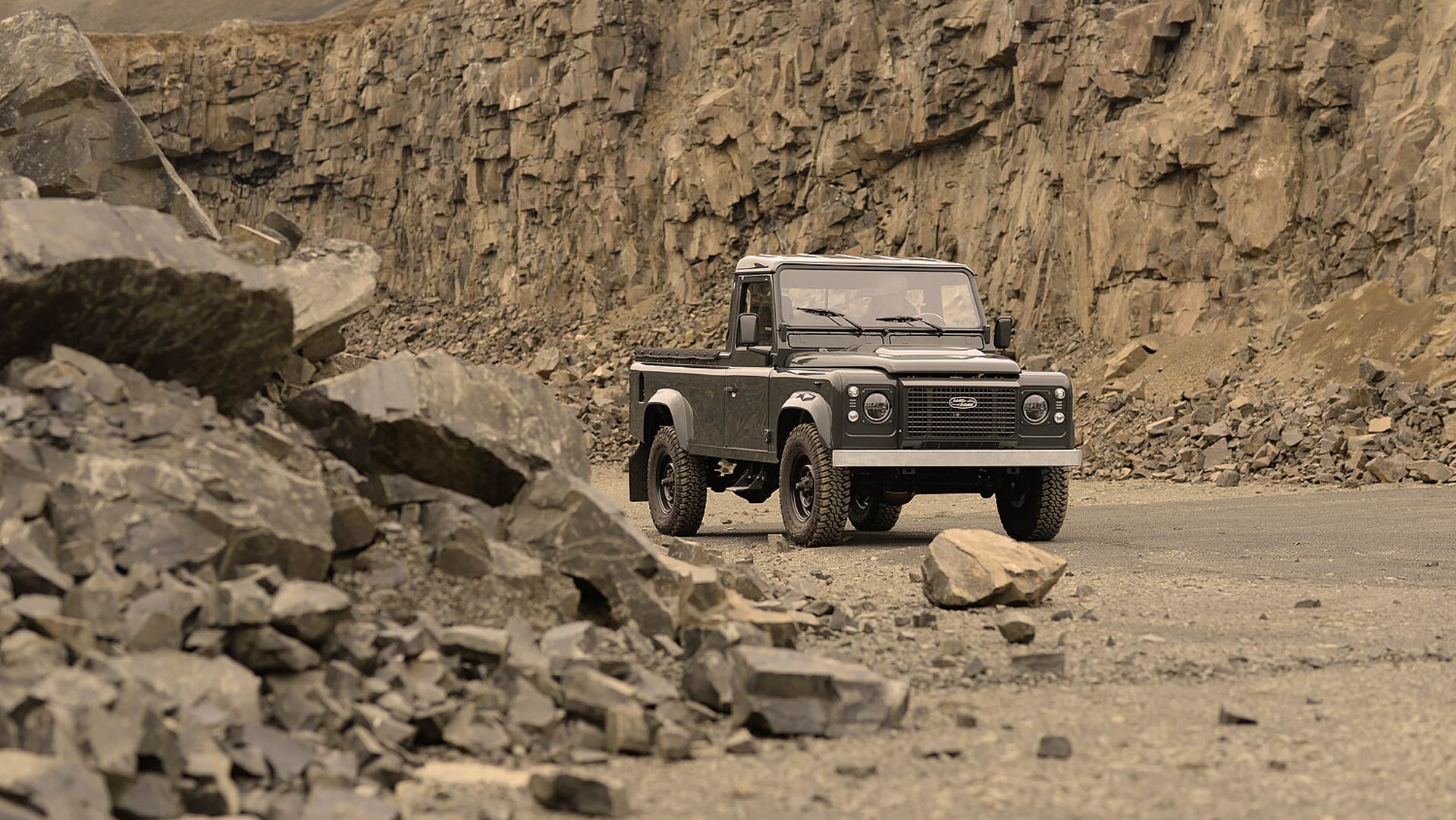 Although the customer who commissioned the Defender was suitably pleased with the finished product, he really wanted a double cab version.

It meant Commonwealth Classics were able to advertise the 110 for sale at a considerable $155,000 (£126,000). The big price tag was clearly not a problem, with the truck now marked as ‘sold’. The company is now seeking interest in a long-wheelbase Defender 130 that is ready for the custom treatment.

Virginia looks set to become a major player in the Land Rover scene. South Boston, VA is the home for the North American arm of Twisted Automotive, set to offer their $250,000 V8-powered Defenders for sale in the USA.

It means the lure of the classic British 4×4 looks set to continue.

Kia has created four videos with advice on caring for your car during the lockdown. They include tips for looking after brakes, tyres and the battery.
Read more

The cars, trucks, bikes, buses and tractors manufactured in the UK
Read more

The DVLA is warning motorists that not paying vehicle tax has ‘real consquences’, as it names the 20 regions of the UK where evasion is highest.
Read more