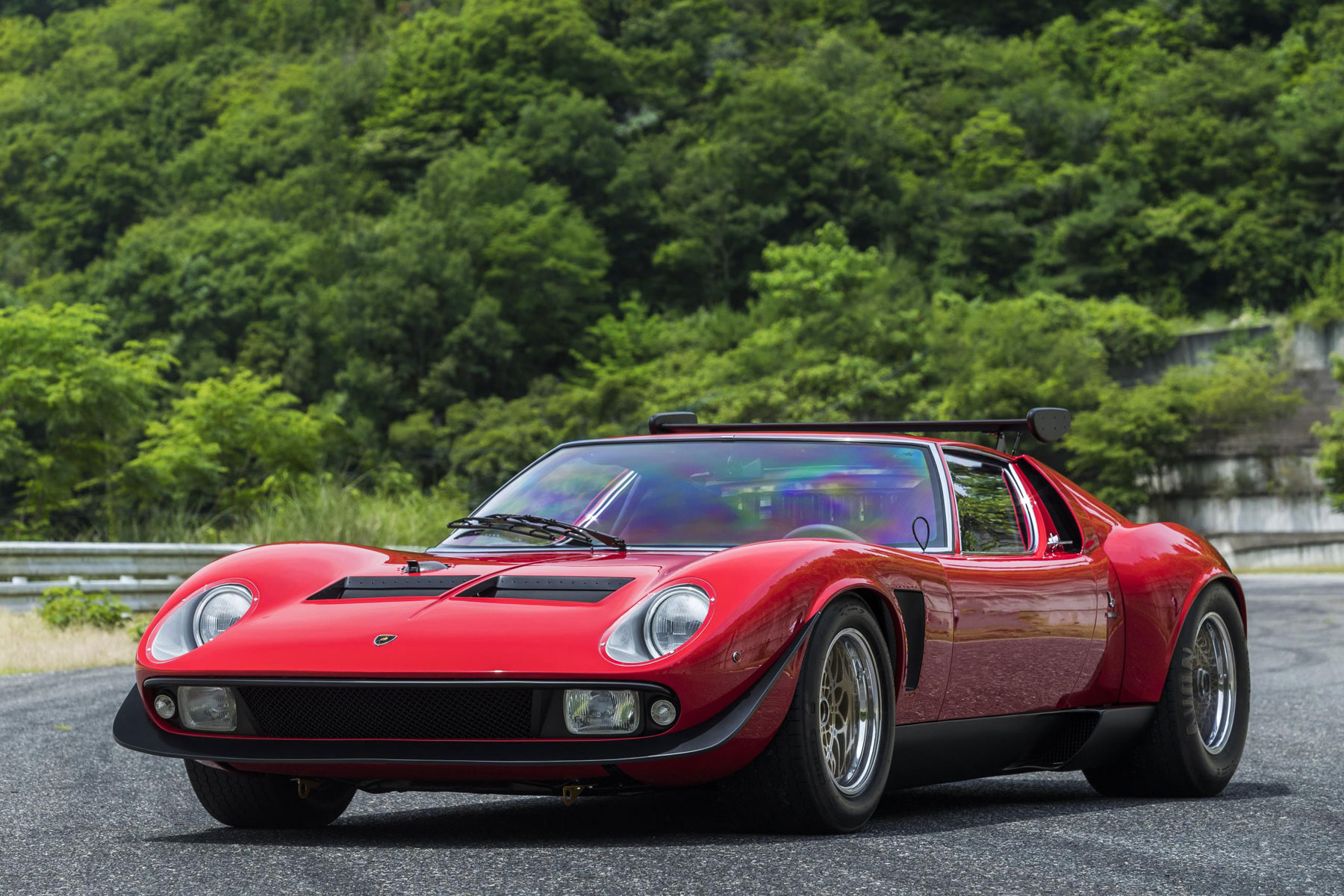 When the good people of Sant’Agata Bolognese describe a car as “one of the most astonishing Lamborghinis ever built”, you’d be forgiven for dismissing it as fluff-ridden PR speak. But in the case of the Lamborghini Miura SVR, the claim is entirely justified.

We’ll allow you a few moments to collect your jaw from the floor.

Even if you think a modified version of the world’s most beautiful car™ is the automotive equivalent of repainting the Sistine Chapel with a rattle can, you can’t deny this thing has real presence. Forget Matt Monro, the Miura SVR would take a tour of the Alps to the sound of Led Zeppelin and Black Sabbath.

It’s a genuine one-off: a bespoke build inspired by the Miura Jota and created by the factory at the behest of German Lamborghini importer, Herbert Hahne. For 40 years, the SVR lived in Japan, but more on this in a moment. 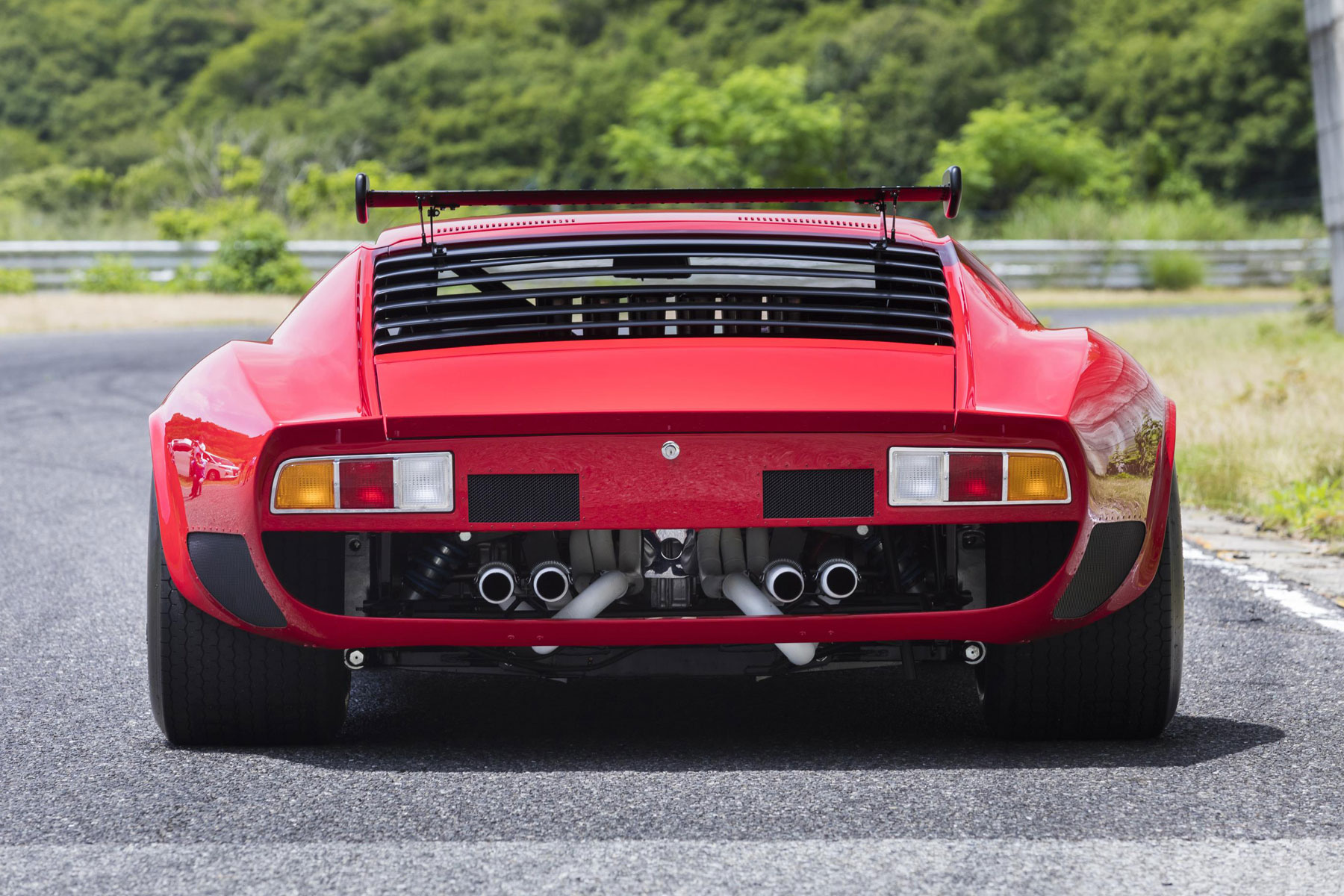 The Miura Jota (chassis no. 5084) was the work of legendary Lamborghini test driver, Bob Wallace. With Ferruccio Lamborghini having no interest in taking the Miura racing, it was left to Wallace to build the Jota during evenings and weekends, A skunkworks Miura, if you like.

Developed from the ground up, Wallace left no stone unturned in his pursuit of racing perfection. Much of the bodywork was made from super-lightweight Avional, the Miura’s iconic headlights were replaced with fixed units with plastic covers, while the body was cut and sliced to improve cooling.

The list goes on: the Jota sat on huge Campagnolo wheels, the interior was stripped out to the bare necessities, and the engine was modified to develop a roaring 440hp. This is very much a nutshell guide to the Jota, but it’s fair to say it had the potential to become one of the world’s most revered supercars.

Note the emphasis on the word ‘had’. Although Ferruccio allowed Wallace to complete over 20,000km of testing, the Jota was sold to InterAuto of Brescia where, in the hands of a mechanic on a mission to impress his girlfriend, the car was involved in a catastrophic accident. This resulted in a fire so severe, the chassis was warped beyond repair.

Although the Jota was dead, the accident led to a fair amount of press coverage, followed by requests from owners eager for Lamborghini to build a road-going version. It never came to fruition, sadly, although four or five so-called Miura SVJ models were made, while a close replica was built by UK owner Piet Pulford. 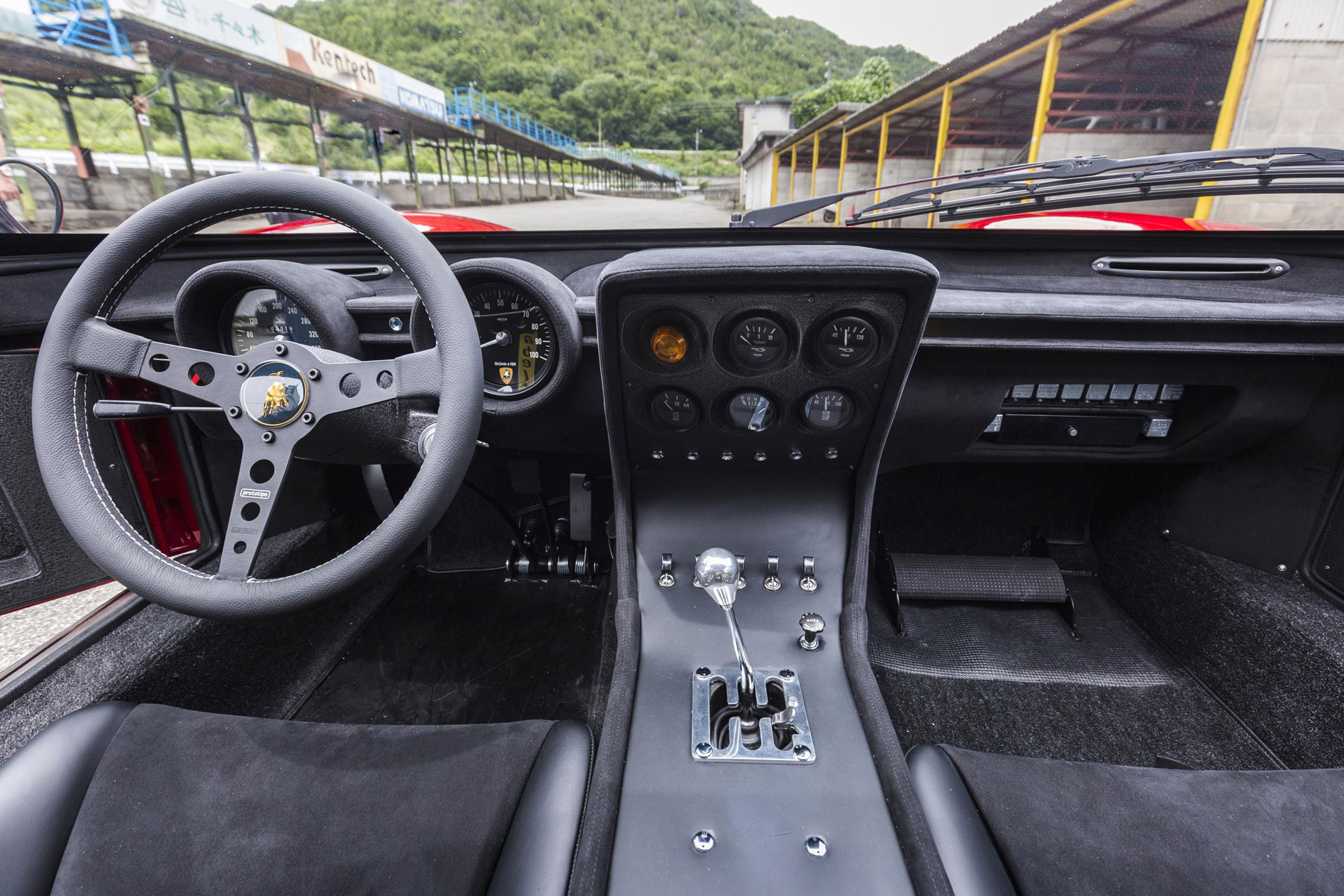 Which brings us back to the Miura SVR. Chassis number 3781 left the factory in 1968 as a green Miura P400 S and changed hands several times in Italy before being sold to the German Heinz E. Steber. He enjoyed the car for several years before his thoughts turned to the flame-grilled Jota.

Steber approached Herbert Hahne with this phoenix-like plans for a Jota conversion, who in turn worked with the factory to create the SVR. This was in 1975, and the project was completed in April 1976.

On completion, it remained in Germany for less than a year before being shipped to Hiromitsu Ito in Japan for a price rumoured to be around $550,000. There it stayed for 40 years, before turning up for sale at high-end Japanese car dealer Bingo Sports.

During its time in Japan, the Miura SVR developed near-mythical status, inspiring the Circuit Wolf comic book series and a 1:18 Kyosho diecast model. Several years ago, the SVR was the subject of a restoration job, at which point the interior was swathed in gold imitation leather. There’s no accounting for taste.

Fortunately, the talented folk at Lamborghini Polo Storico had the sense to restore the Miura SVR to its original specification, including the removal of the gold cabin, before unveiling the finished item at Japan’s Nakayama Circuit. The photos have the potential to break the internet.

Paolo Gabrielli, Lamborghini head of aftersales and director of the Polo Storico, said: “The full restoration took 19 months and required a different approach to the way we normally work. The original production sheet wasn’t of much help, as we relied mostly on the specifications from the 1974 modifications.

“The challenge for the Polo Storico team was even more daunting as the car arrived in Sant’Agata in pieces, although the parts were all there, and with considerable modifications.

“The only variations on the original specifications were the addition of 4-point safety belts, more supportive seats and a removable roll bar. These were expressly requested by the customer and are intended to improve safety during the car’s racetrack exhibitions.”

We’ll leave you with this footage of the Miura SVR at the Fuji International Speedway, shot before its restoration. Cold flannel, anyone?