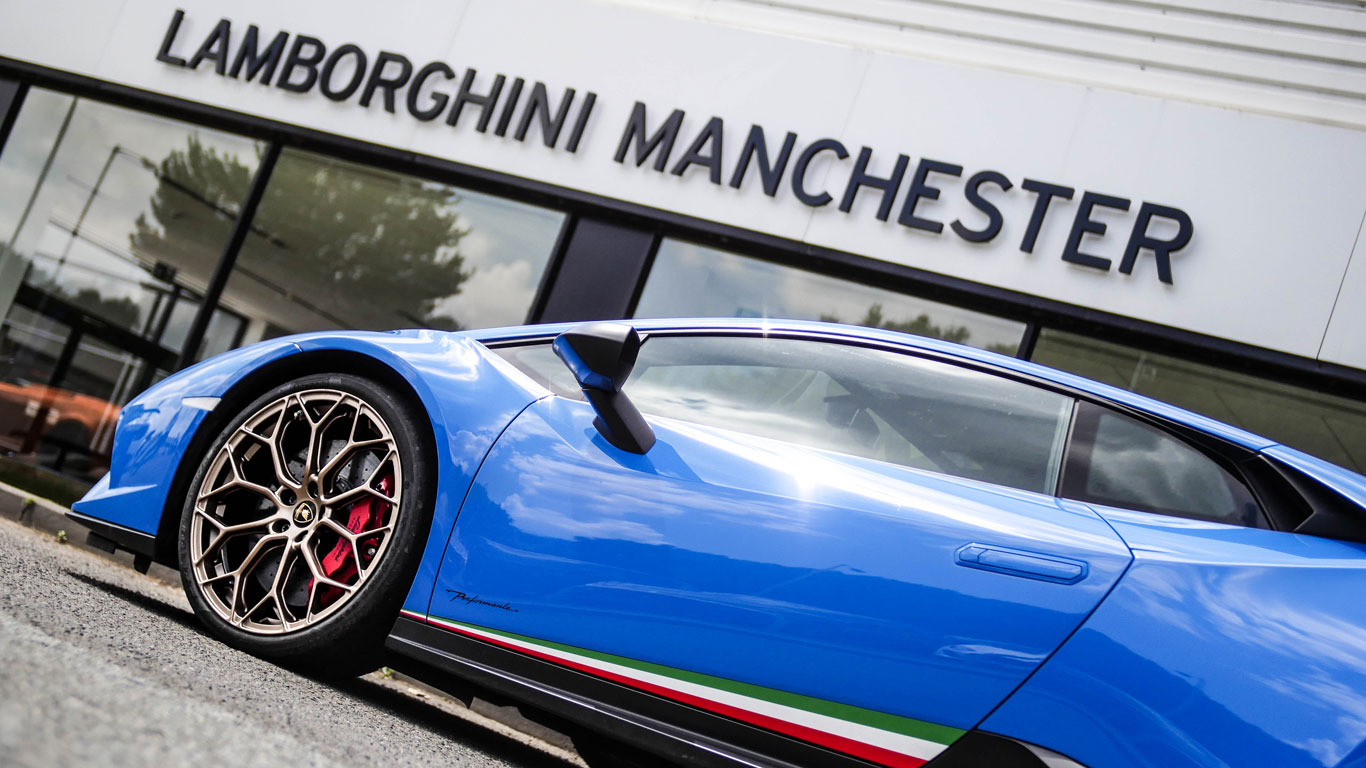 Predictably, the Lamborghinis stole the show, as our highlights will show… 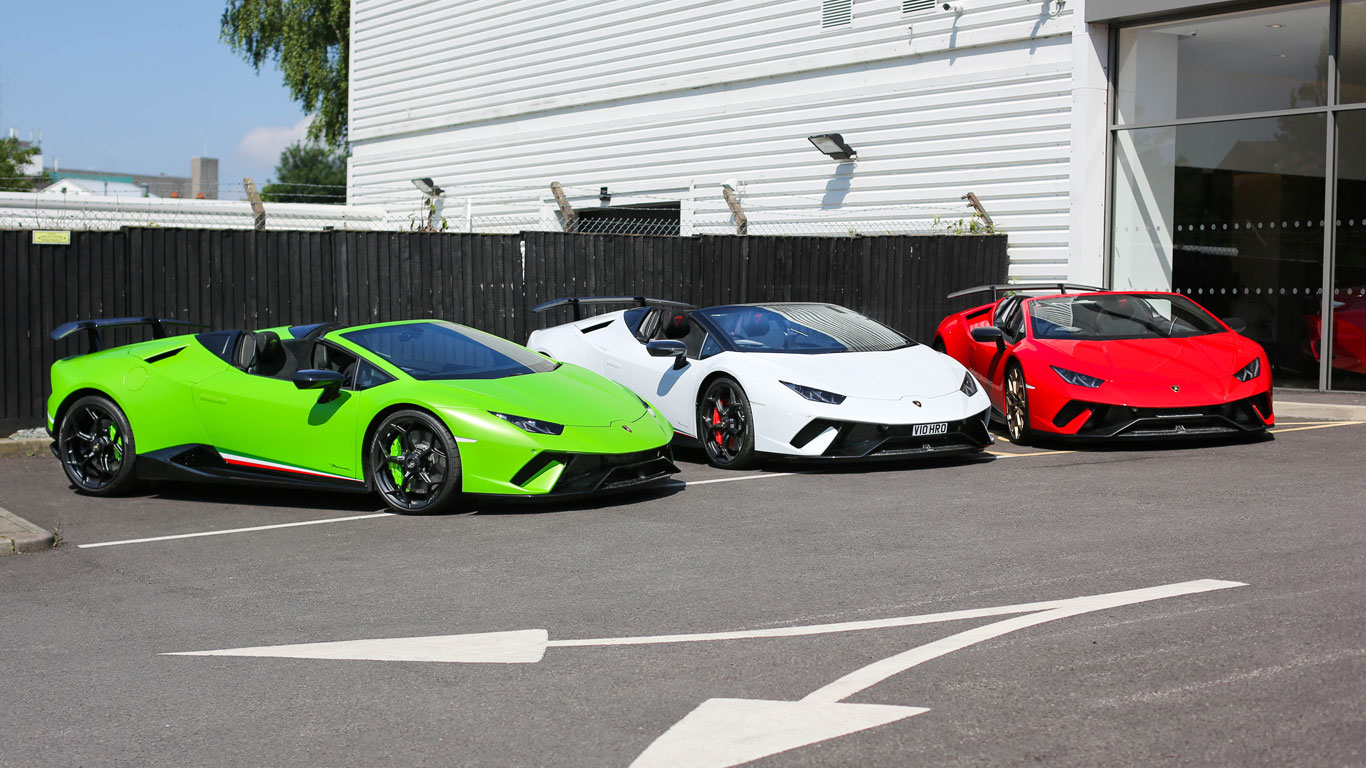 This Tricolore display of Huracan Performante Spyders is rather special, but HR Owen also hosted some classics from Lamborghini’s past. Rupesh Jethwa, HR Owen Lamborghini brand director, said: “Supercar Sunday was a hugely popular event and one we’re immensely proud of. There was a fantastic, festival atmosphere and a superb array of supercars on display. Only HR Owen could bring together such amazing cars in one place and share it with both enthusiasts and customers. We’re looking forward to next time!” 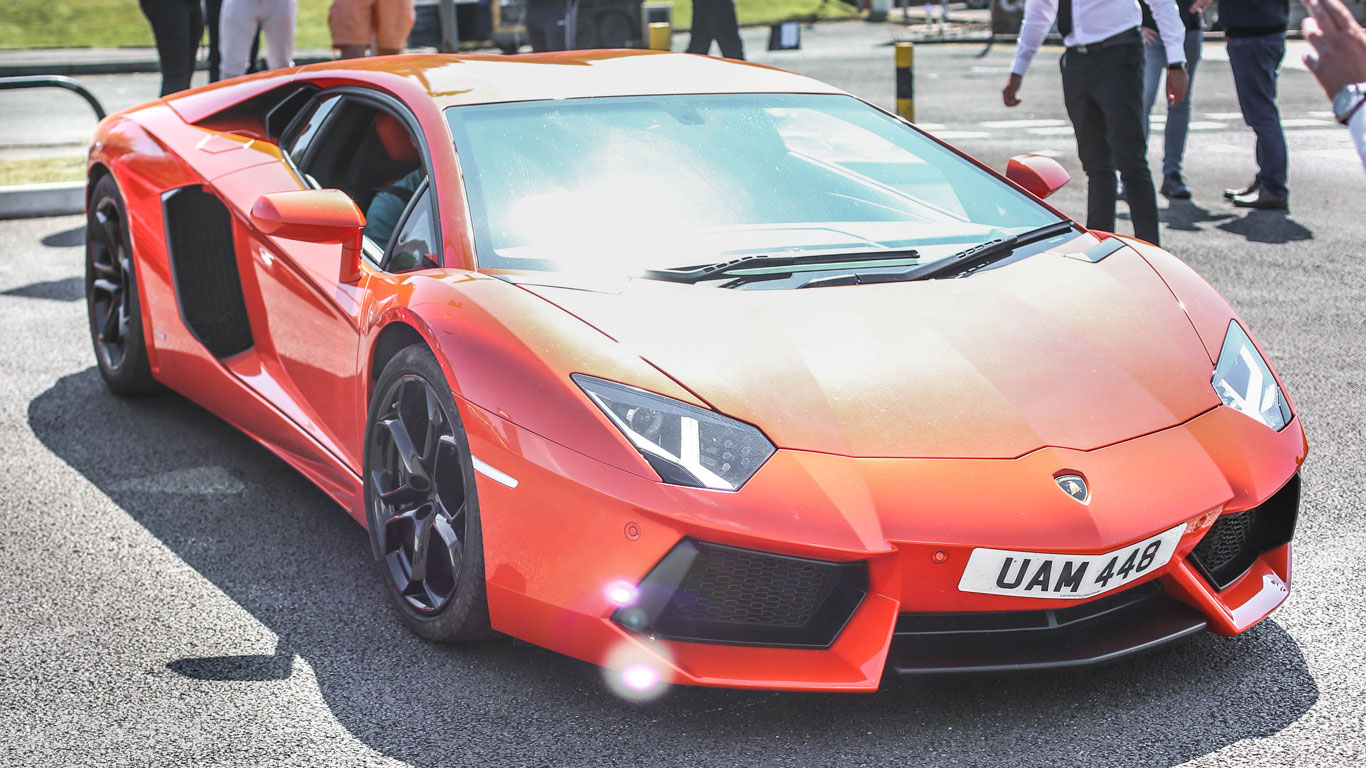 HR Owen hasn’t confirmed when the next Supercar Sunday will take place, so in the meantime here’s a Lamborghini Aventador to whet your appetite. The Aventador was launched in 2011 and is powered by a 6.5-litre V12 engine developing 691hp and 509lb ft of torque. 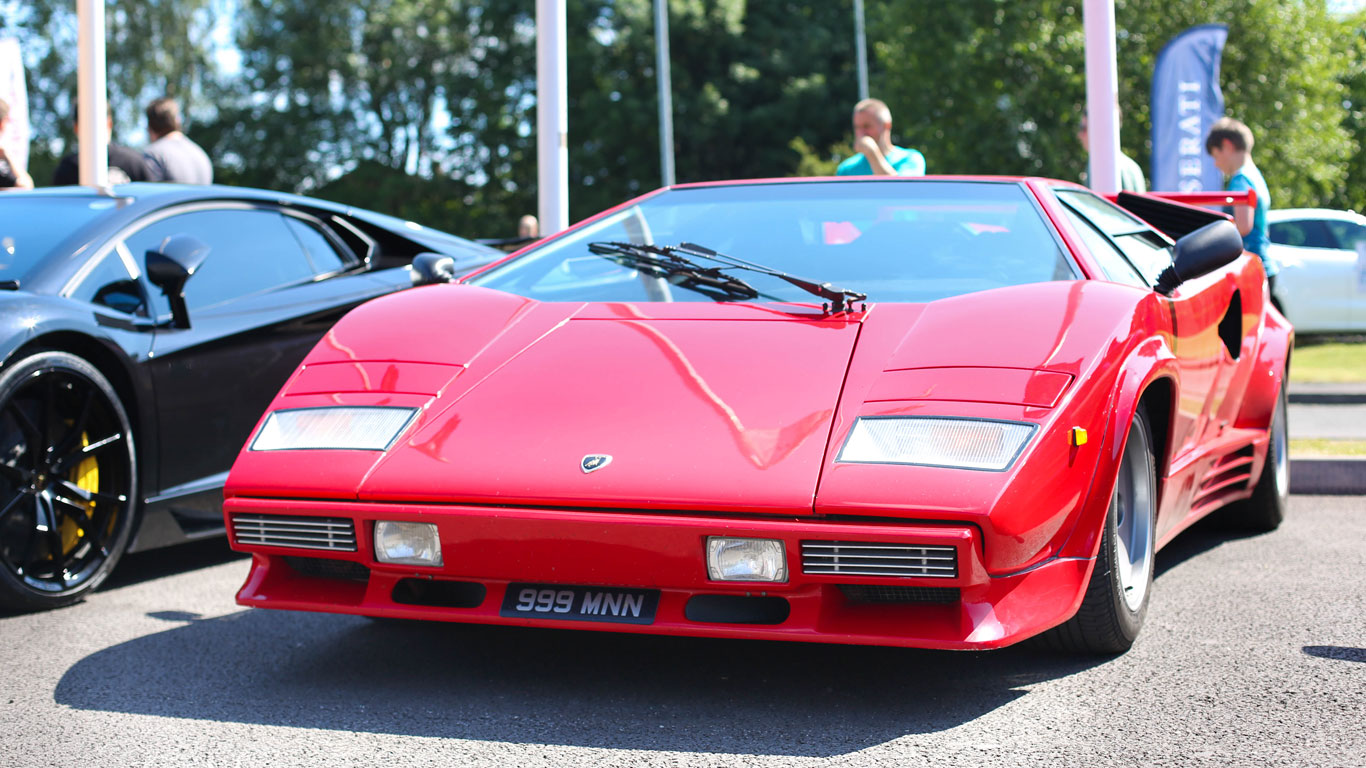 The Lamborghini Countach LP5000 Quattrovalvole – or QV – was introduced at the 1985 Geneva motor show and represented the third major update for Marcello Gandini’s masterpiece. Even today, this example manages to upstage the new metal on display in Manchester. 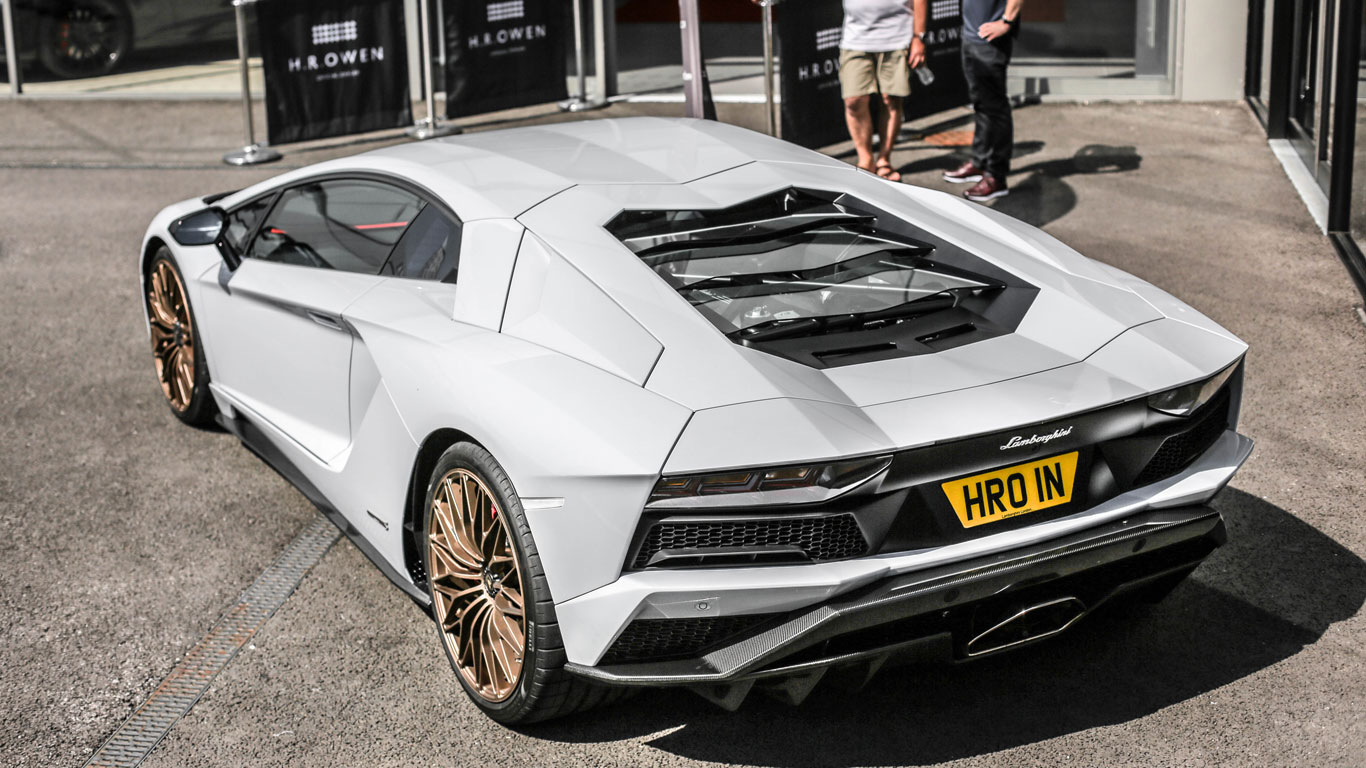 Another Lamborghini Aventador, this time a brand new one, which, as the number plate would suggest, is a dealer demonstrator for HR Owen. This is the Aventador S, introduced in 2017, which offers even more power, four-wheel steering, suspension tweaks and a top speed of 217mph. The colour, in case you’re wondering, is called Grigio Astarte.

Tucked away in the HR Owen workshop is a classic from the 1980s. Launched in 1981, the Bertone-designed Lamborghini Jalpa had its roots in the Urraco, but was essentially a facelift of the Silhouette. Power was sourced from a 3.5-litre engine developing 250hp, and 420 were built before production ceased in 1988. 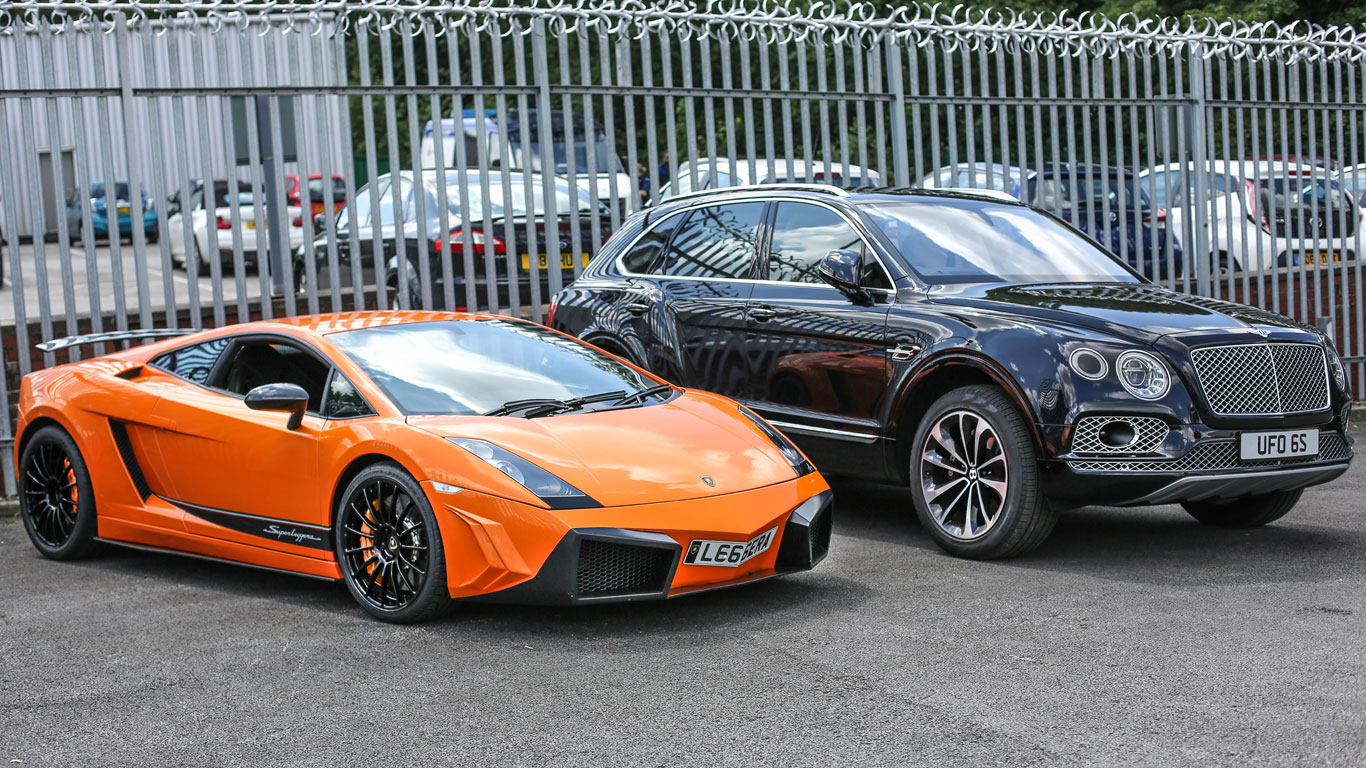 A case of beauty and the beast? Here we see a Lamborghini Gallardo Superleggera parked alongside a Bentley Bentayga. Where’s a Lamborghini Urus when you need one? 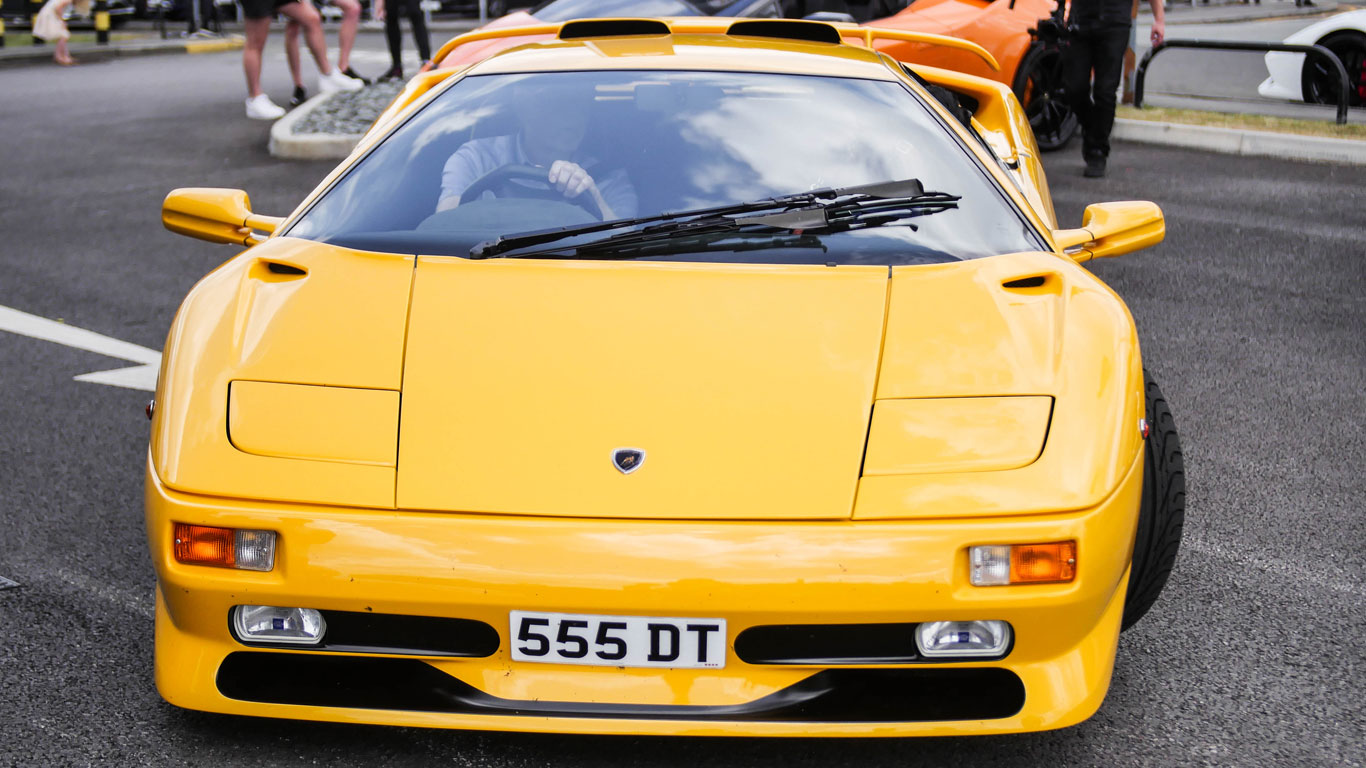 The Lamborghini Diablo SV – or Sport Veloce – was unveiled at the 1995 Geneva motor show. As a replacement for the Miura and Countach, there was a great deal resting on the shoulders of the Diablo, but it more than delivered. Over the course of a decade, Lamborghini shifted almost 3,000 units. 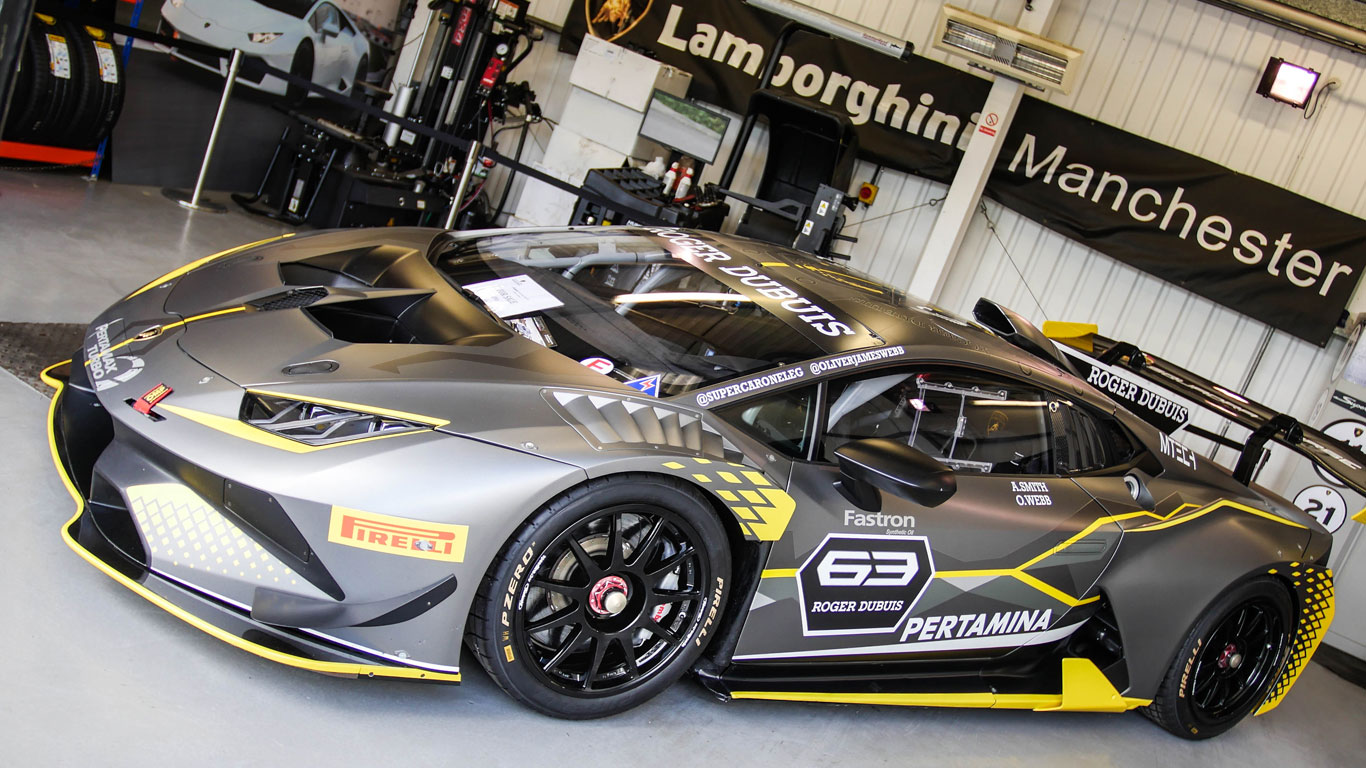 Ashley (@supercaroneleg) and Oliver James Webb took delivery of this Lamborghini Super Trofeo in May 2017. Instagram reveals plenty of action for the Lambo, including track time at Spa and Silverstone. Now, it’s up for sale, with a price tag of ‘POA’. If you have to ask… 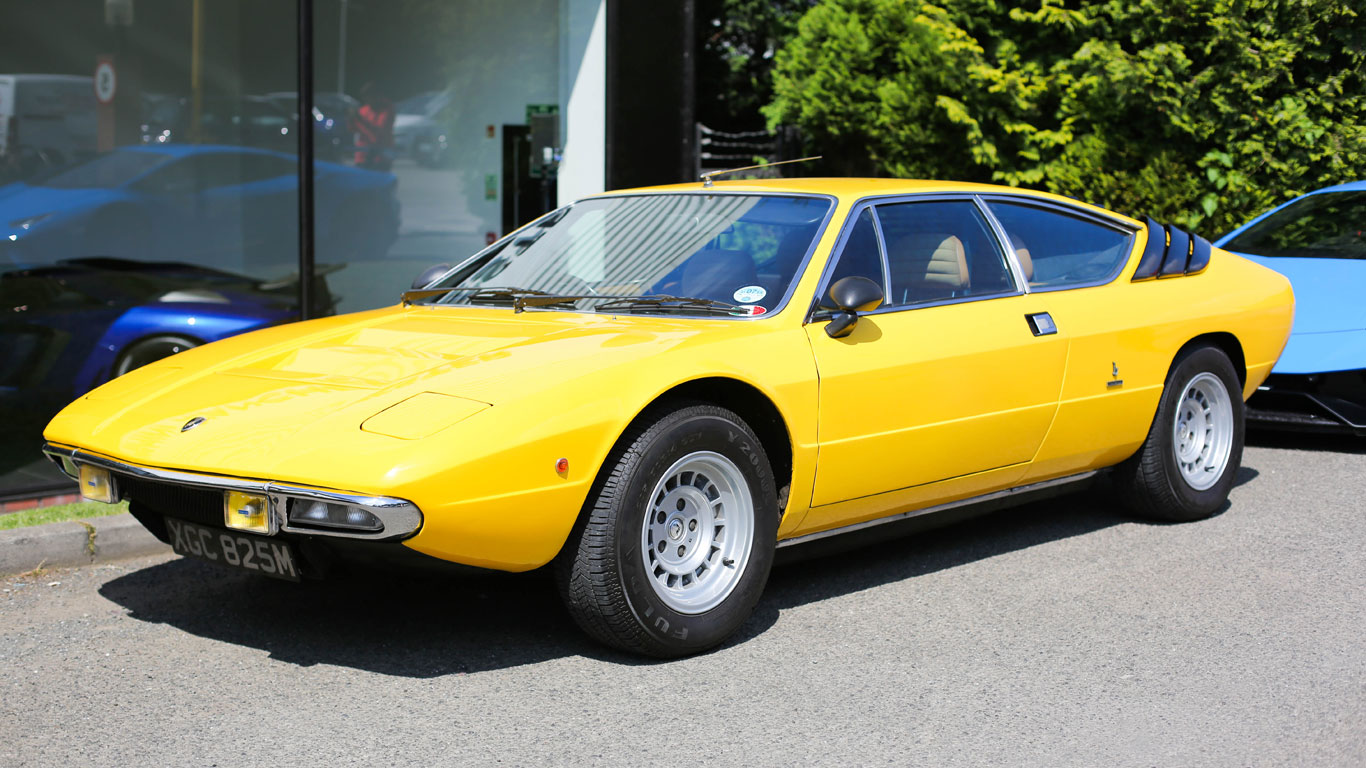 Another classic from the Marcello Gandini collection, the Lamborghini Urraco was unveiled in 1970 before going on sale in 1972. Launched with a 2.5-litre engine, the Urraco would later gain a larger 3.0-litre unit. The entry-level Lamborghini wasn’t hugely successful, with only 780 units sold, rather than the forecast 2,000 a year. 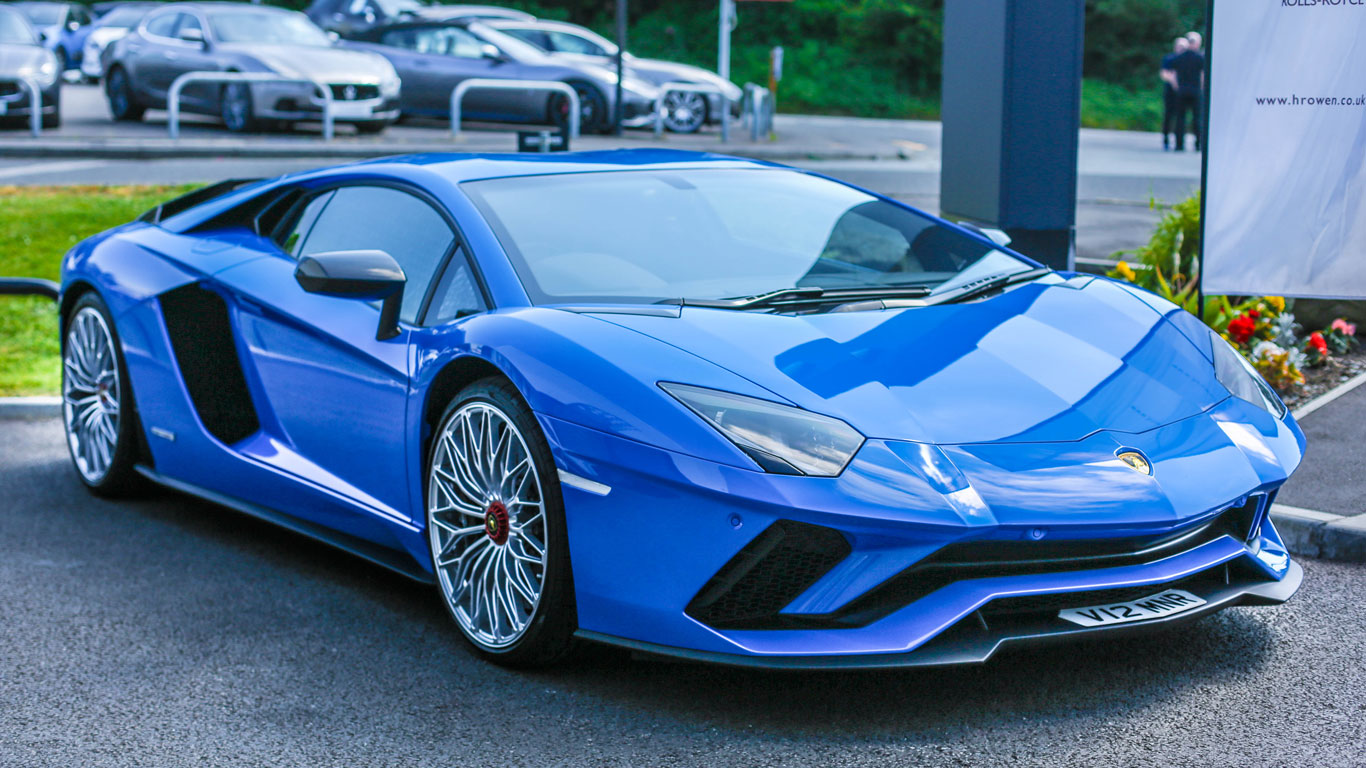 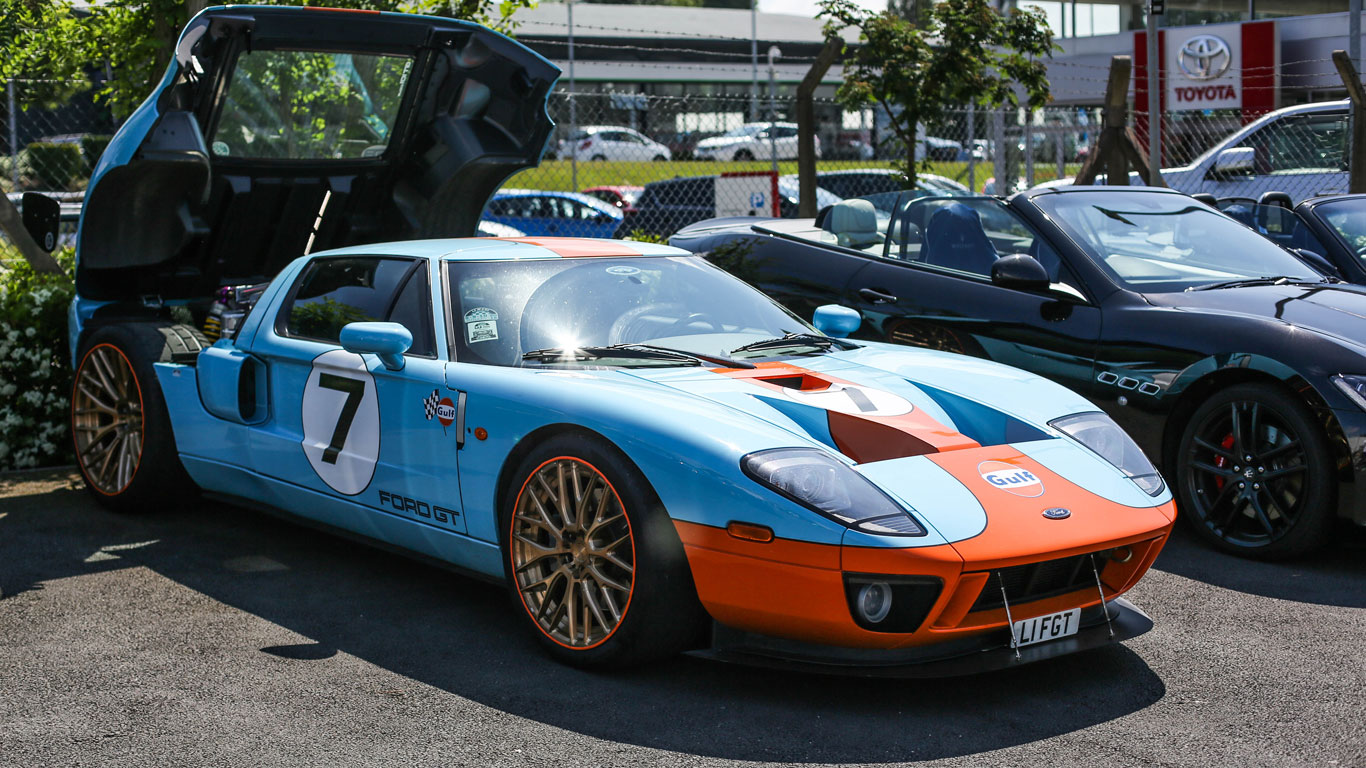 A change of scenery, in case you’ve had your fill of Lamborghinis. Not many Fords would be welcome at a supercar event, but a GT can mix it with the best of them. This particular Ford GT is a regular spot in the north west. It’s hard to blend in when you’re wearing a full Gulf Racing livery. 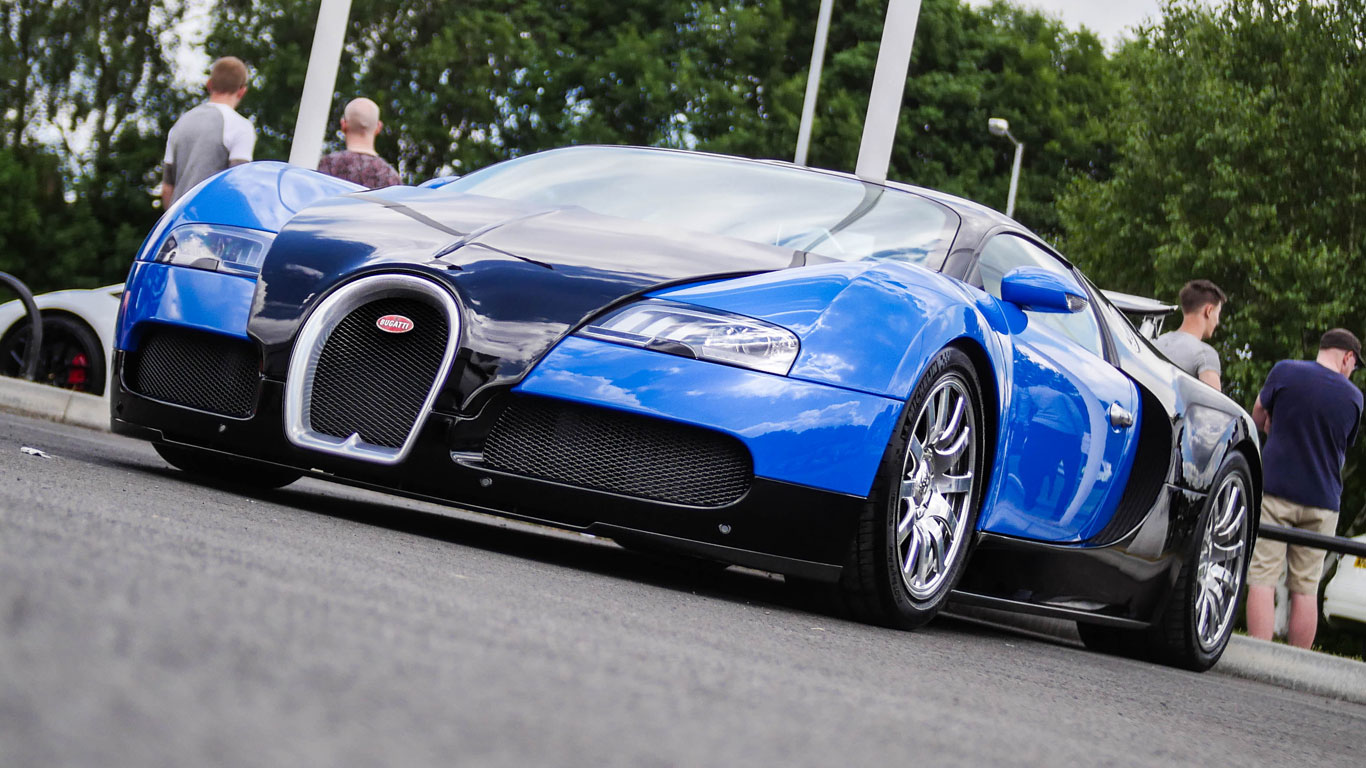 Speaking of being unable to blend in, a Bugatti Veyron would steal the show at just about any supercar event. 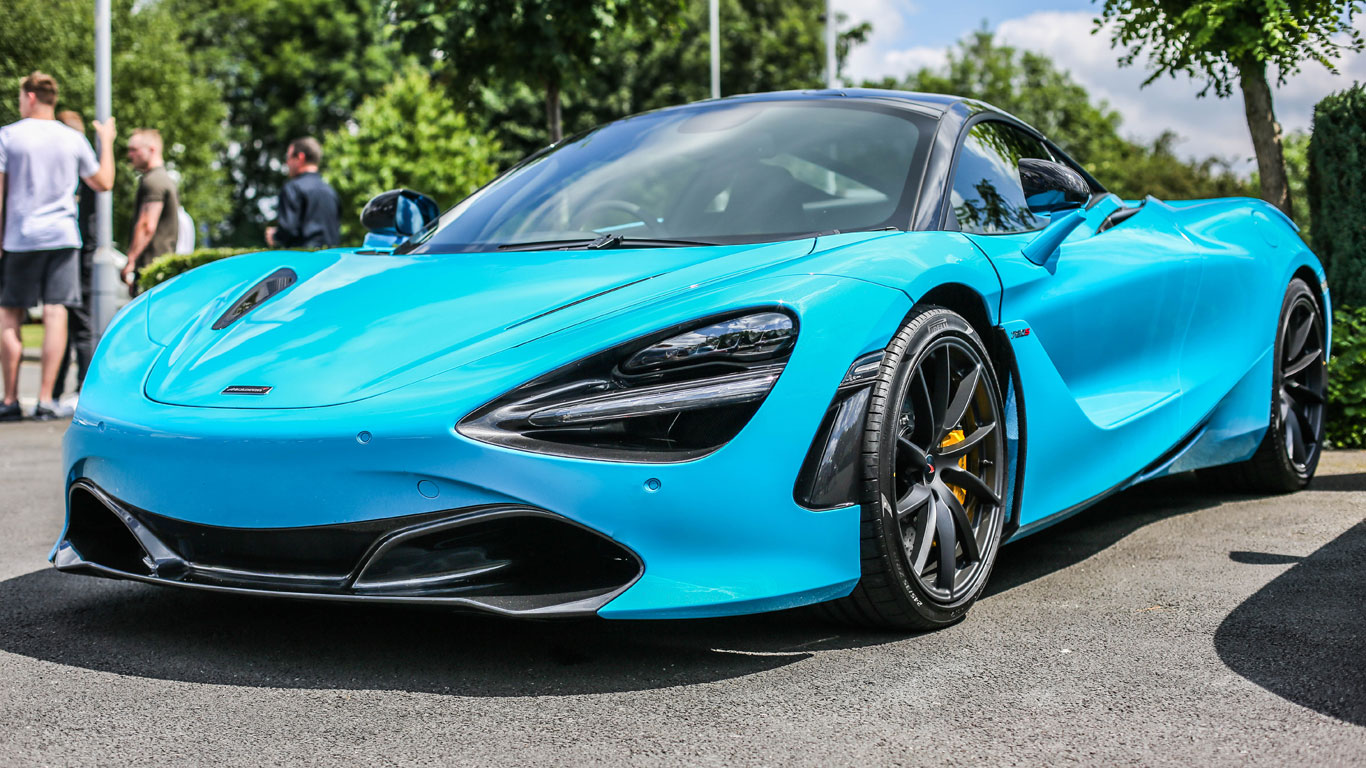 Another imposter, this time in the form of the McLaren 720S. We’ve just spent a week with the Woking wonder. Our verdict: “The Lamborghini Huracan Performante has the edge in terms of outright excitement. Perhaps the Ferrari 488 GTB does, too: I haven’t driven one. But a Performante isn’t a well-rounded supercar like the 720S, and both the Italians have – to my mind – a rather divisive image. Being from somewhere as incongruous as Woking doubtless helps, but the McLaren seems the epitome of tech-led, wildcard cool.” 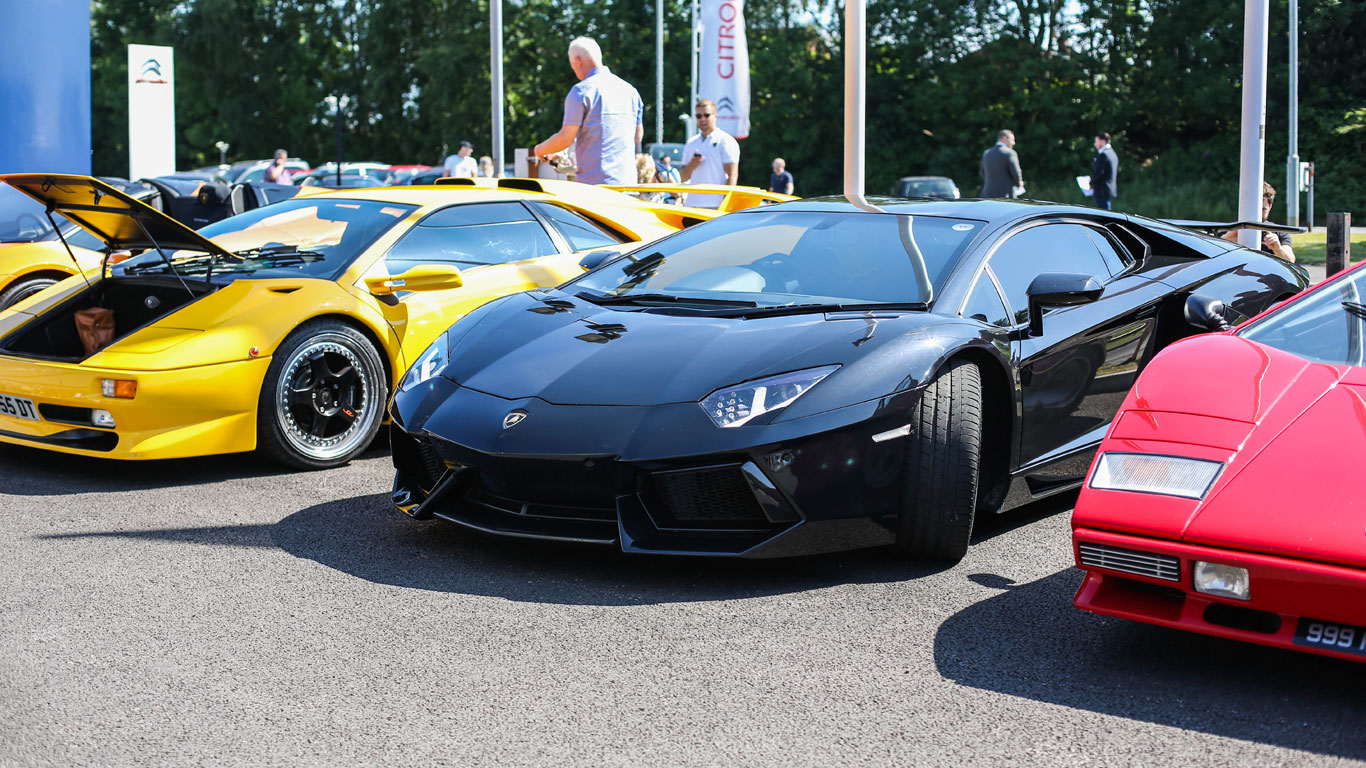 Three generations of the Lamborghini family, which begs the question: left, right or centre? 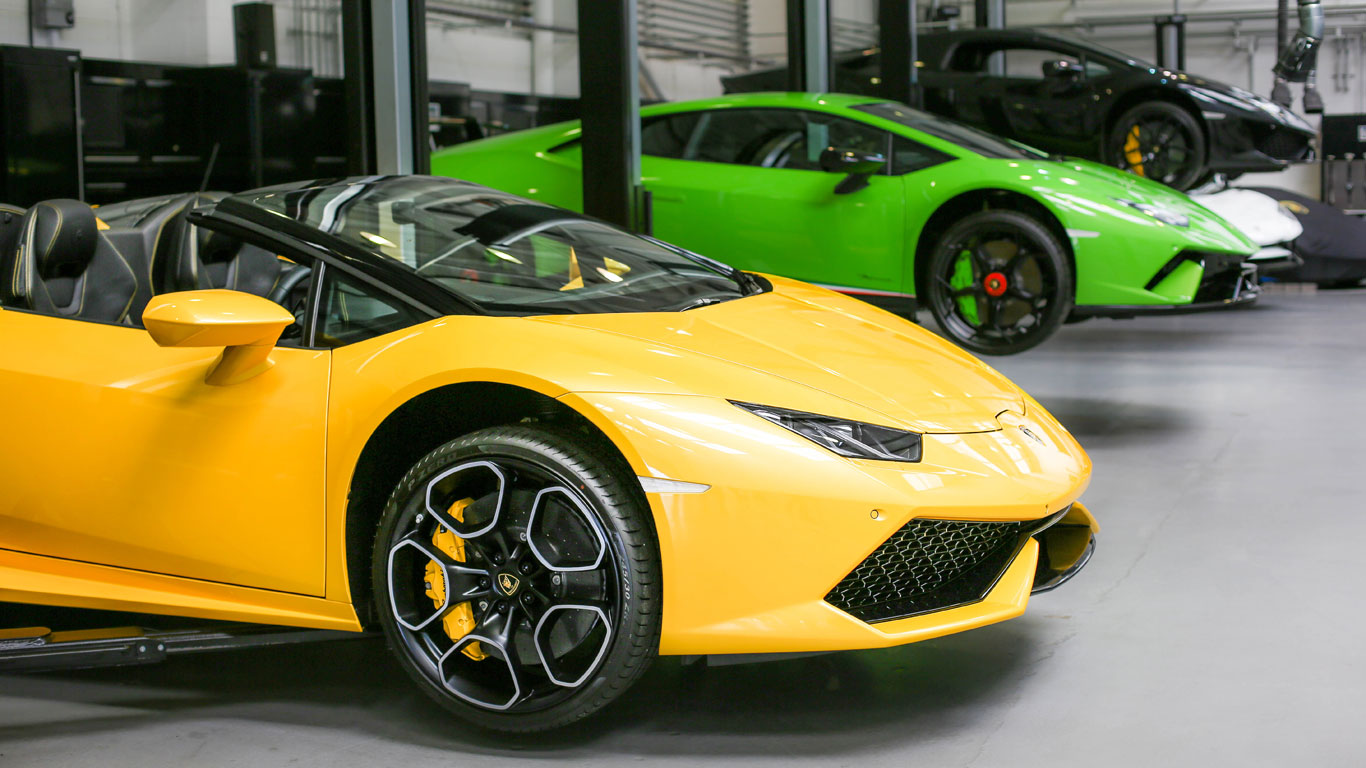 Visitors were given the chance to take a wander through HR Owen’s immaculately prepared workshop. Some showrooms don’t look this tidy, let alone garages. 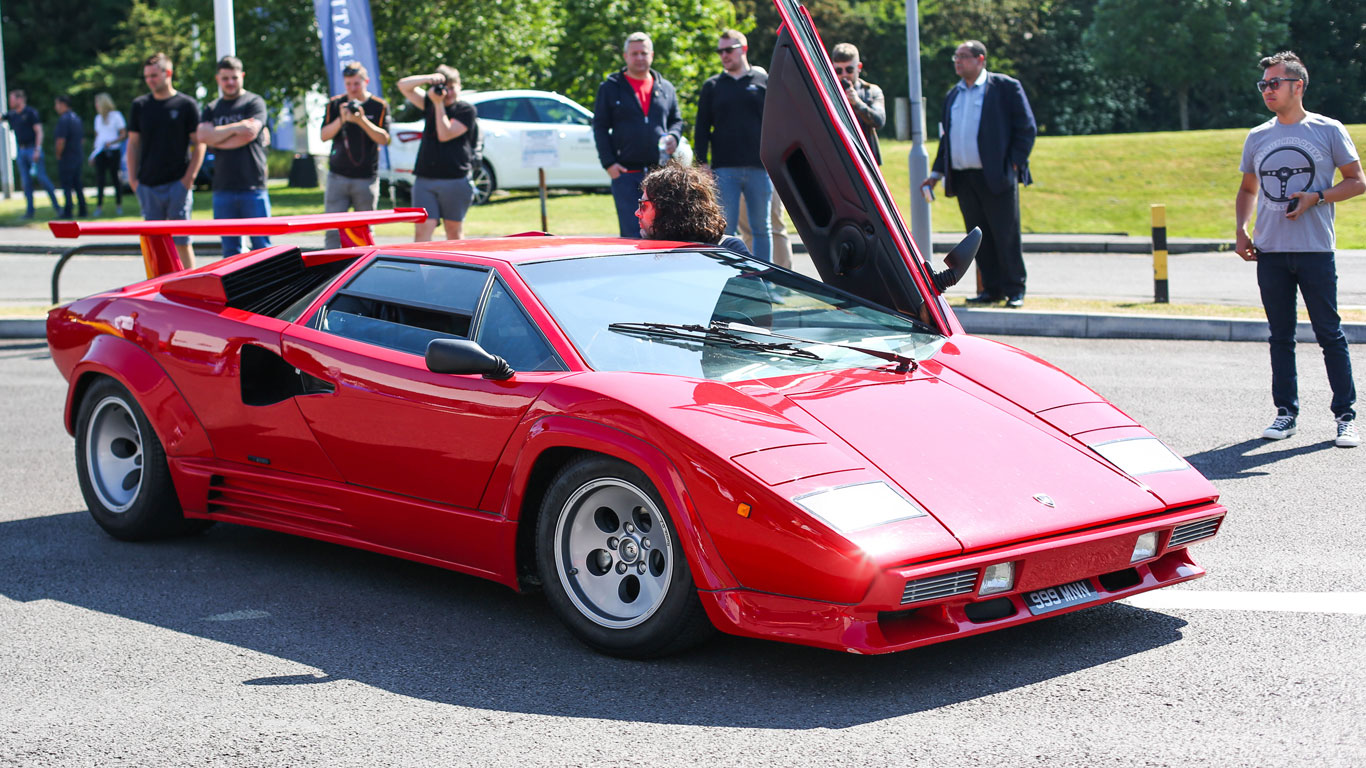 Reversing a Lamborghini Countach isn’t easy, which explains this photo. Caution is required when you’re parking at a supercar event. 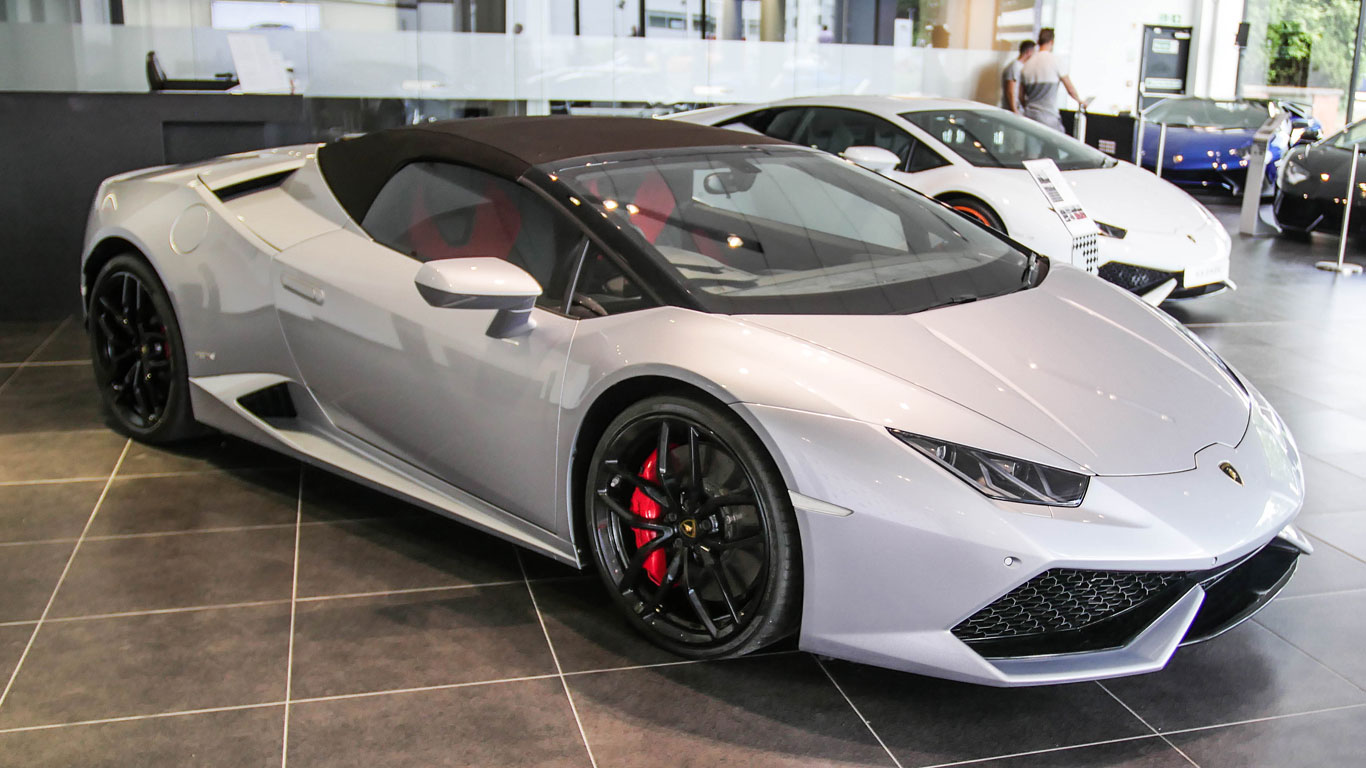 Keen to do a little window shopping, we took a look at the HR Owen website to peruse its used stock. The most expensive Lamborghini is an Aventador LP750-4 Roadster at £439,950, while the cheapest is Lamborghini Gallardo Spyder at £137,950. If you’re feeling flush, the Gallardo is available for ‘just’ £2,909 a month. 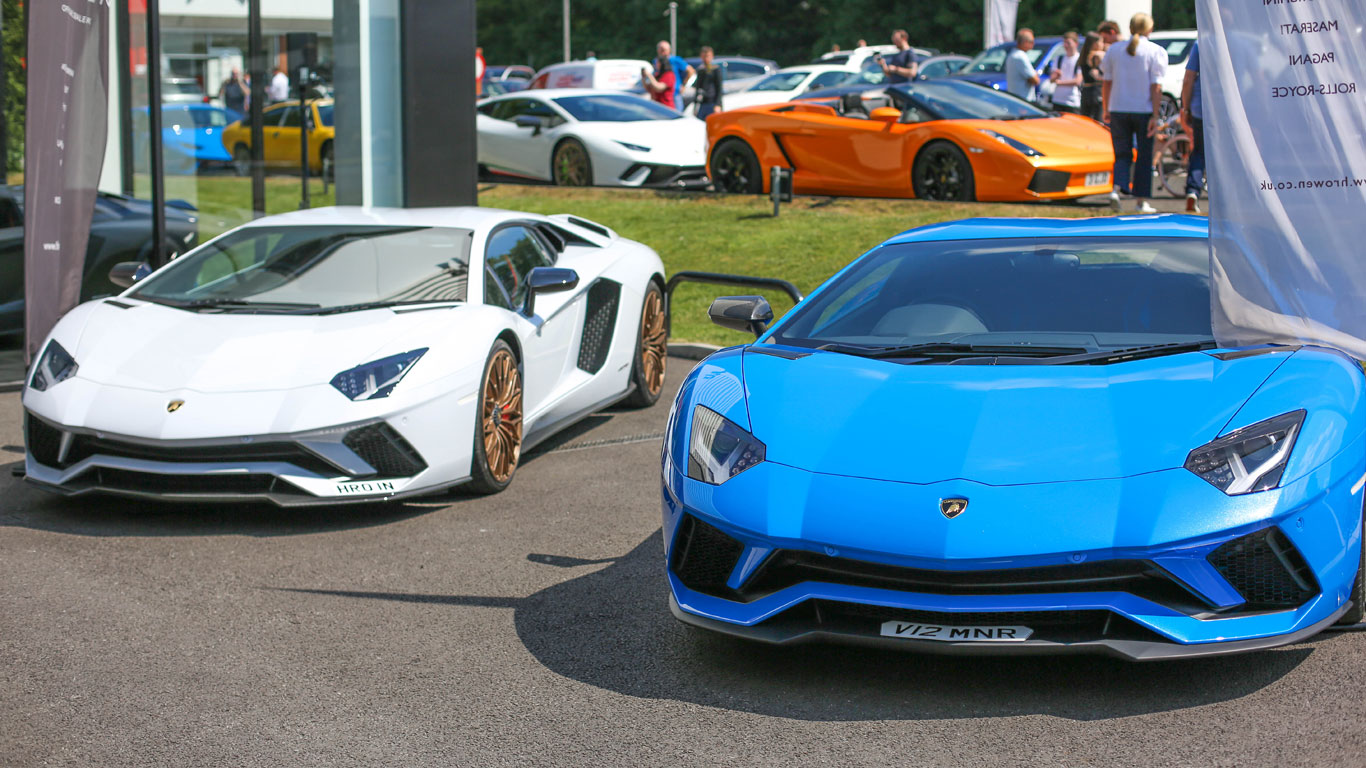 Here’s that pair of HR Owen dealer demonstrators once again. 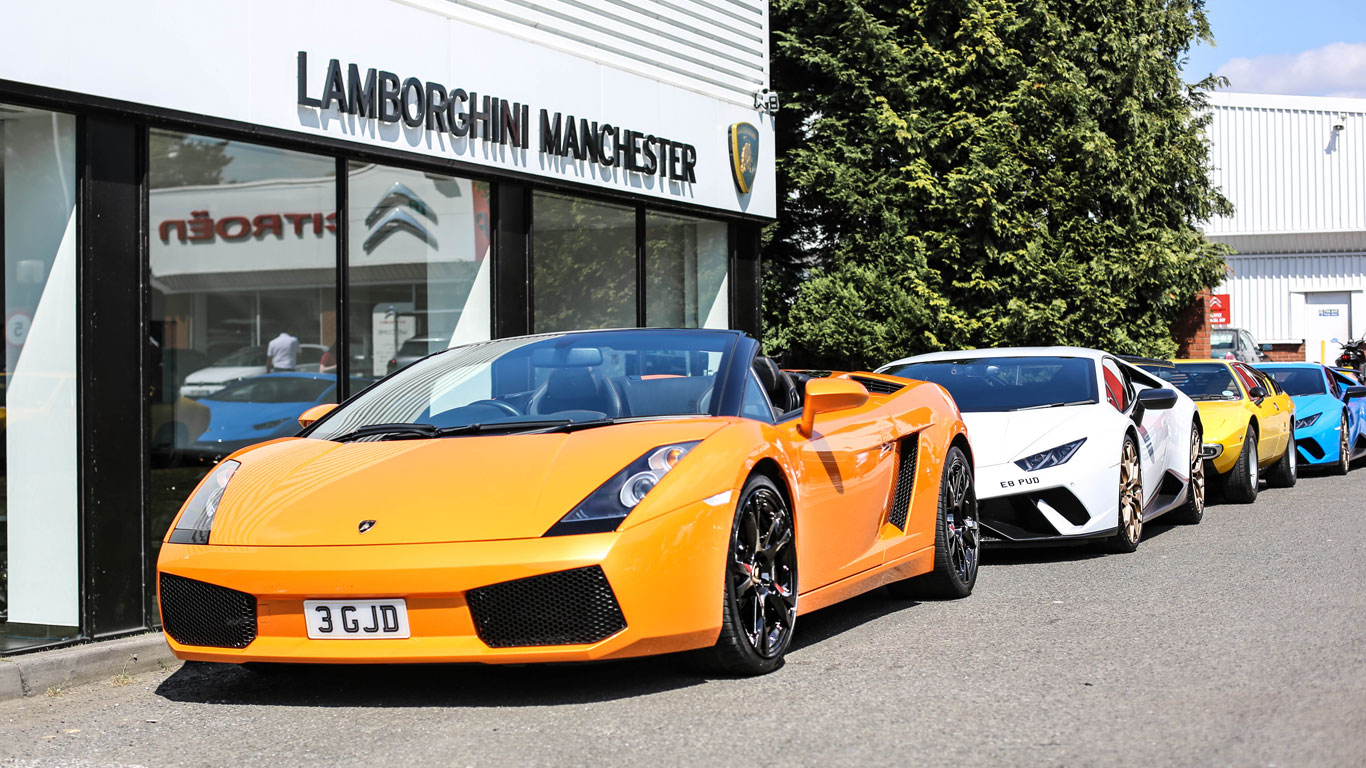 Not your average line-up outside a dealer showroom. Keep clicking for more photos from HR Owen’s Supercar Sunday event at Lamborghini Manchester.