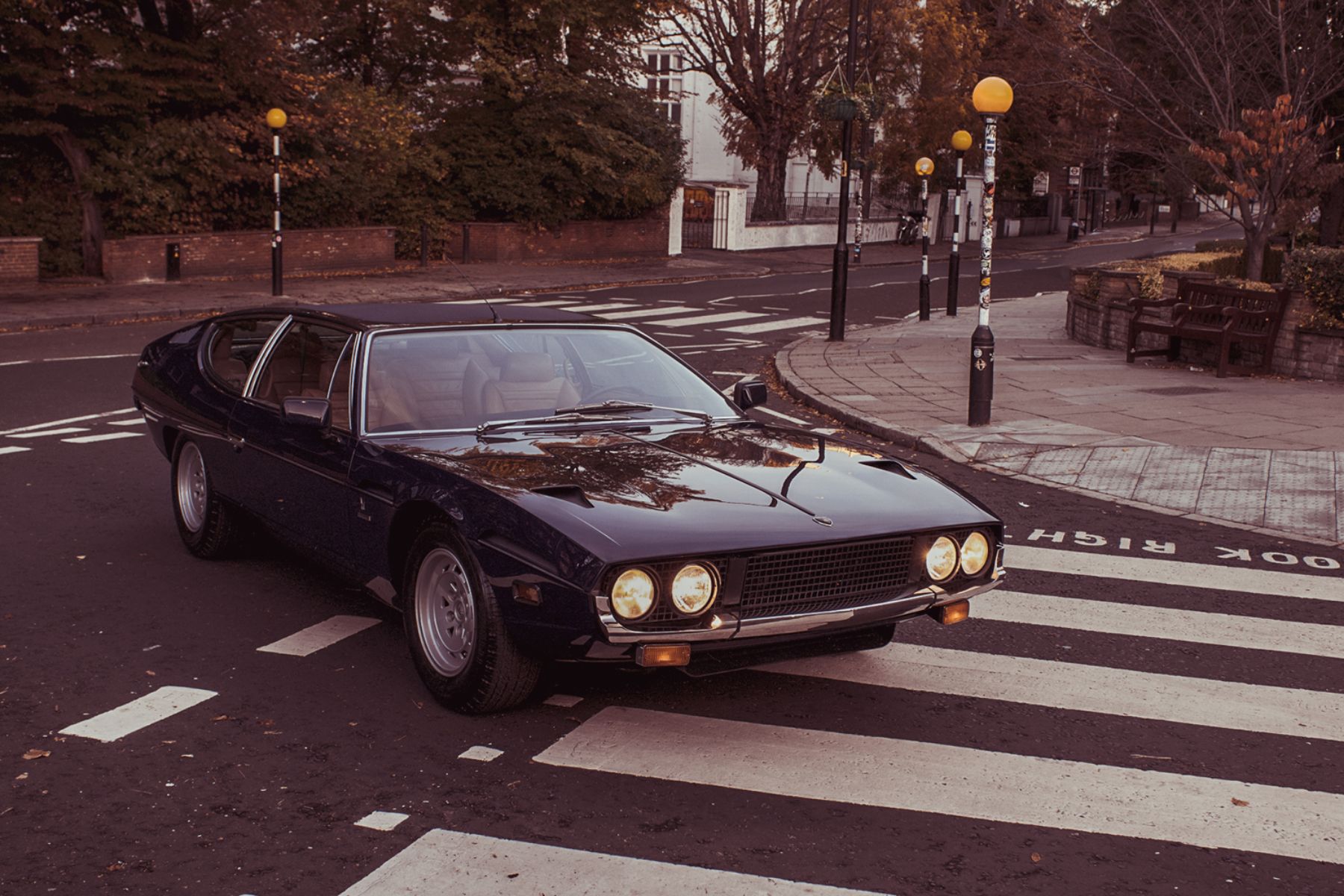 One of Lamborghini’s most legendary models has turned 50 this year. But it’s not one of the flagship supercars (the Miura celebrated its 50th a couple of years back). Rather, it’s the ultimate Lamborghini V12 grand tourer – the Espada.

How do you celebrate a 50th birthday? You take one of the most desirable and decadent GT cars on a grand tour, of course. And that’s exactly what Lamborghini did: driving the museum’s 1976 Espada Series III from Sant’Agata to London.

The first port of call was the prestigious RAC Club in Pall Mall, where the car was displayed on the Rotunda for guests and members at the 50th anniversary meal.

As the rock star’s ride of choice in the 1960s, it then seemed fitting for the Espada to visit Abbey Road Studios. There, the Beatles recorded Hey Jude the year the Espada debuted. Naturally, the famous road crossing outside the studio made for a superb photo opportunity; the Espada may be 50, but age and guile don’t exempt it from tourist clichés.

That’s no great shakes by today’s standards; the Gallardo sold more than 10 times that in its 11-year life. For 1970s Lamborghini, though, the Espada was an important car. Today’s it remains one of the most important Lamborghinis ever made.