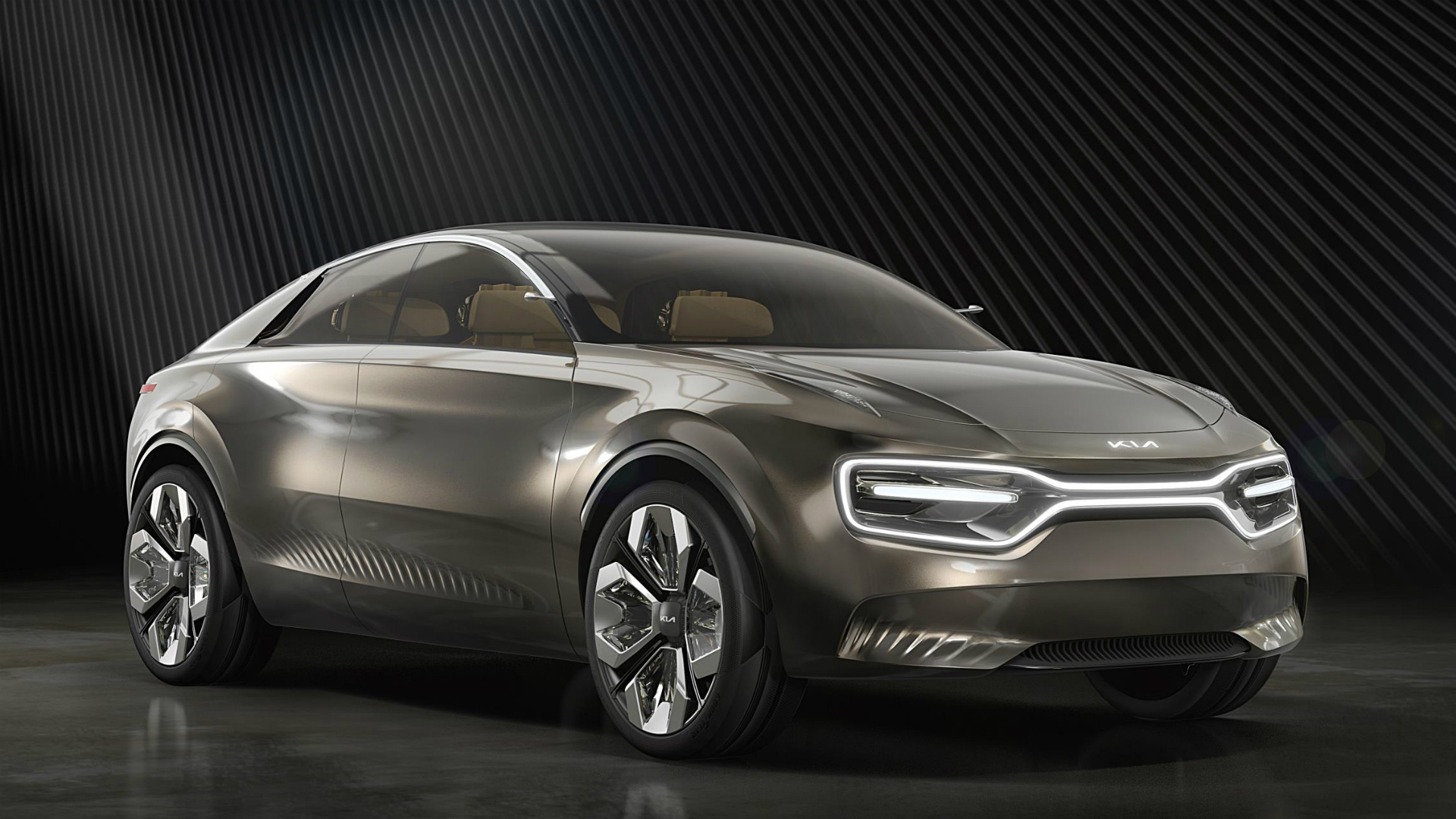 Kia has unveiled its ground-breaking Imagine concept at the 2019 Geneva Motor Show.

It’s an electric car, but not like we’ve seen before from the Korean marque. Not that the Soul EV or e-Niro are particularly derivative – but the Imagine deliberately breaks the mould.

Just look at it. Is it a crossover? Is it a saloon? Is it an SUV? Much like the Polestar 2 EV,  the Imagine borrows the handsome, chiselled proportions of a sporting car for an SUV-addicted audience. 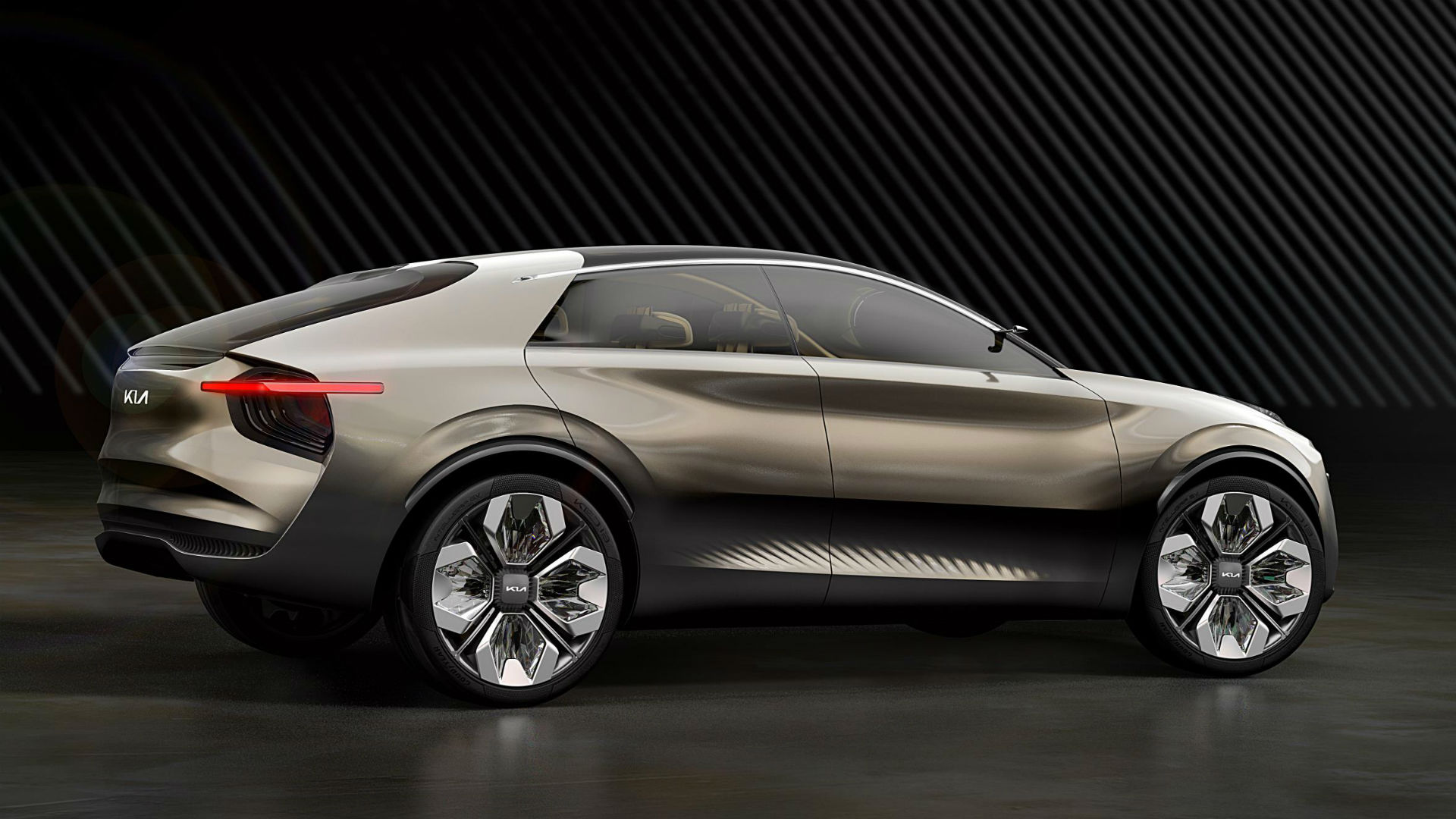 “It’s a large C-segment car – the vehicle size that’s incredibly popular in Europe – but the only things it holds on to are Kia’s brand values,” explains Gregory Guillaume, vice president of design for Kia Europe.

“It hints at something familiar, but is something entirely new. I think of it as a category-buster, and a disruptor – it’s familiar and understood but at the same time progressive and new.”

A category buster, you say? Sounds good to us. if you’re re-inventing powertrains, why not reinvent cars altogether? The Imagine could potentially re-invent Kia, too. The styling at the front including the ‘suspended lights’ and ‘tiger mask’ are the possible future corporate face for the marque’s electric cars. 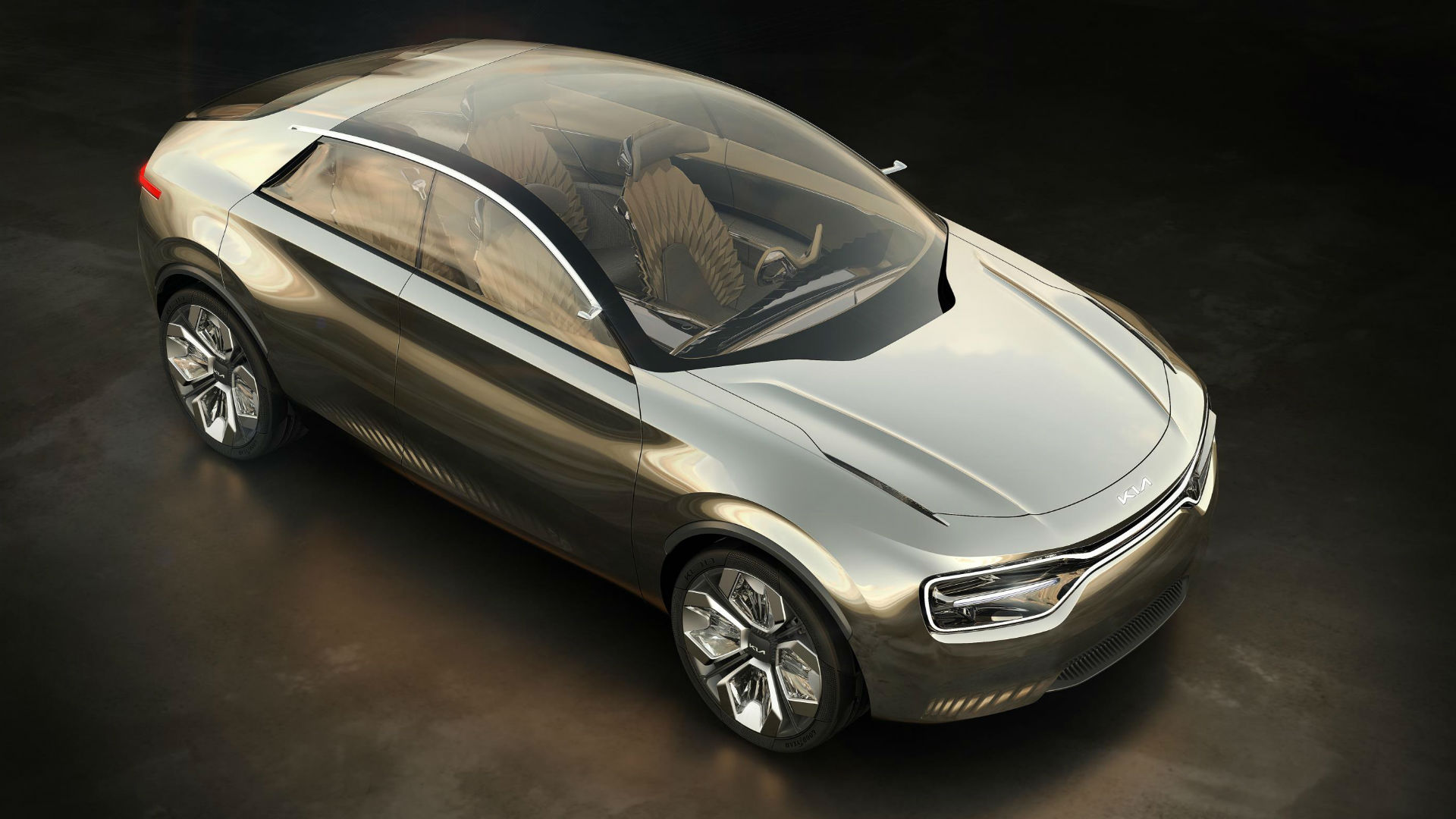 “The inspiration for the ‘tiger mask’ was to create the look and feel of the headlamps being suspended within a transparent block of glass,” explains Guillaume. “This identifiable lighting signature could potentially be deployed as a unifying design element across Kia’s future electric vehicle range.”

Underneath the distinctive skin is a ‘low-mounted induction-charged battery pack, powering a compact drivetrain’. There’s no word yet on what range that provides, but suffice to say it’ll top the current e-Niro’s 300-plus miles.

Helping the Imagine on its way is a smooth, aerodynamic design. “The front air curtain, the way the double-skin bonnet channels air through the nose, up and over the front screen and roof, the double skinned C-pillar that creates an air spoiler, the completely enclosed underbody, the wind-cheating ‘wingcams’ and the hard-edged break-away around the car’s rear – all these features collectively boost aerodynamic efficiency and reduce turbulence and drag,” Guillaume says. 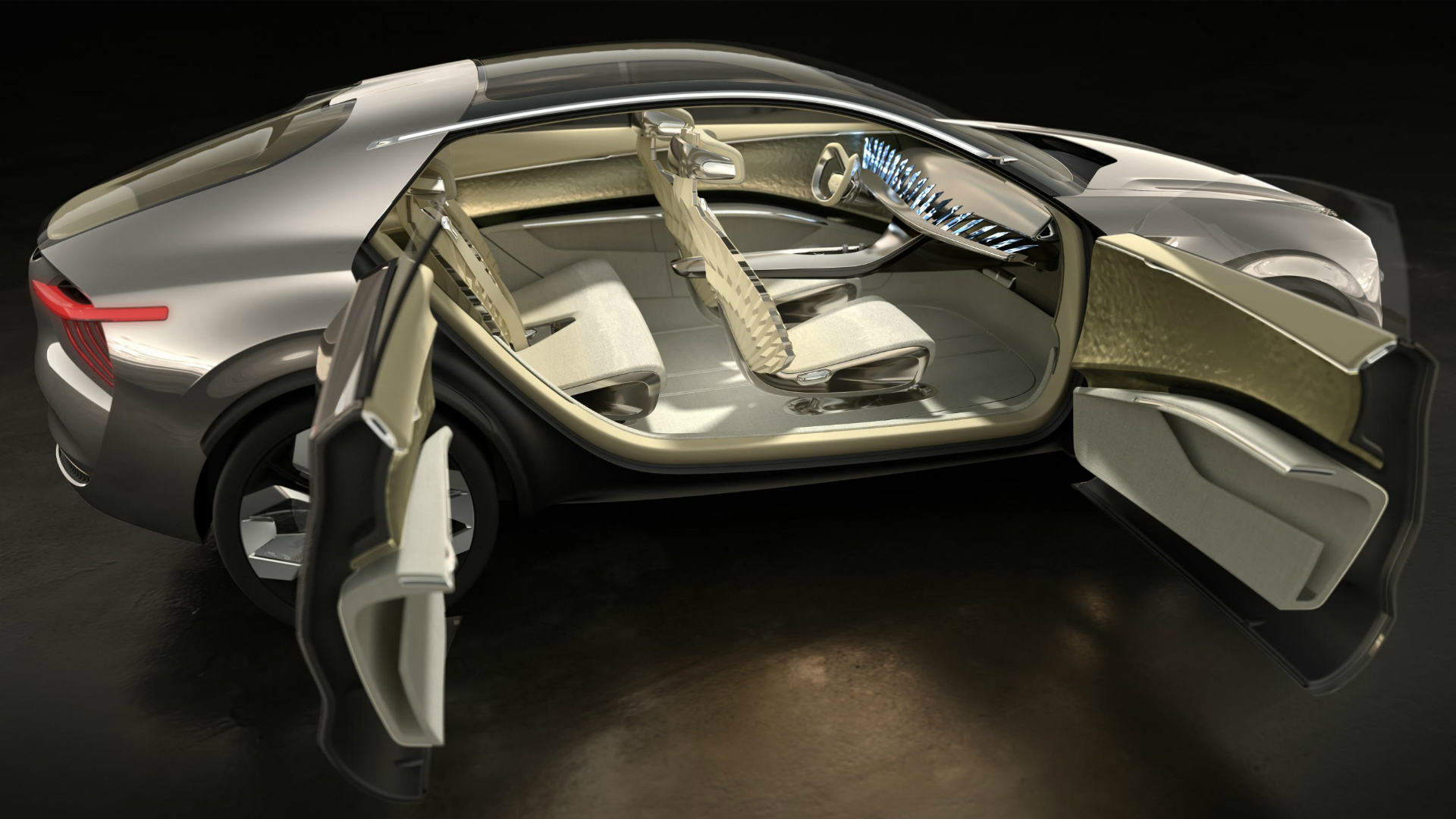 Completing the look on the outside are standard-issue concept car wheels – a massive 22 inches in diameter.

A cabin with “a twinkle in its eye”

Inside, Kia wanted this concept to have a sense of humour: a “twinkle in its eye”.

That wrap-around wall of displays for instance, is Kia biting its thumb at the stuffy attitude the industry has to screens, and how they’ve more or less remained stubbornly fixed to centre consoles for 20 years or more. 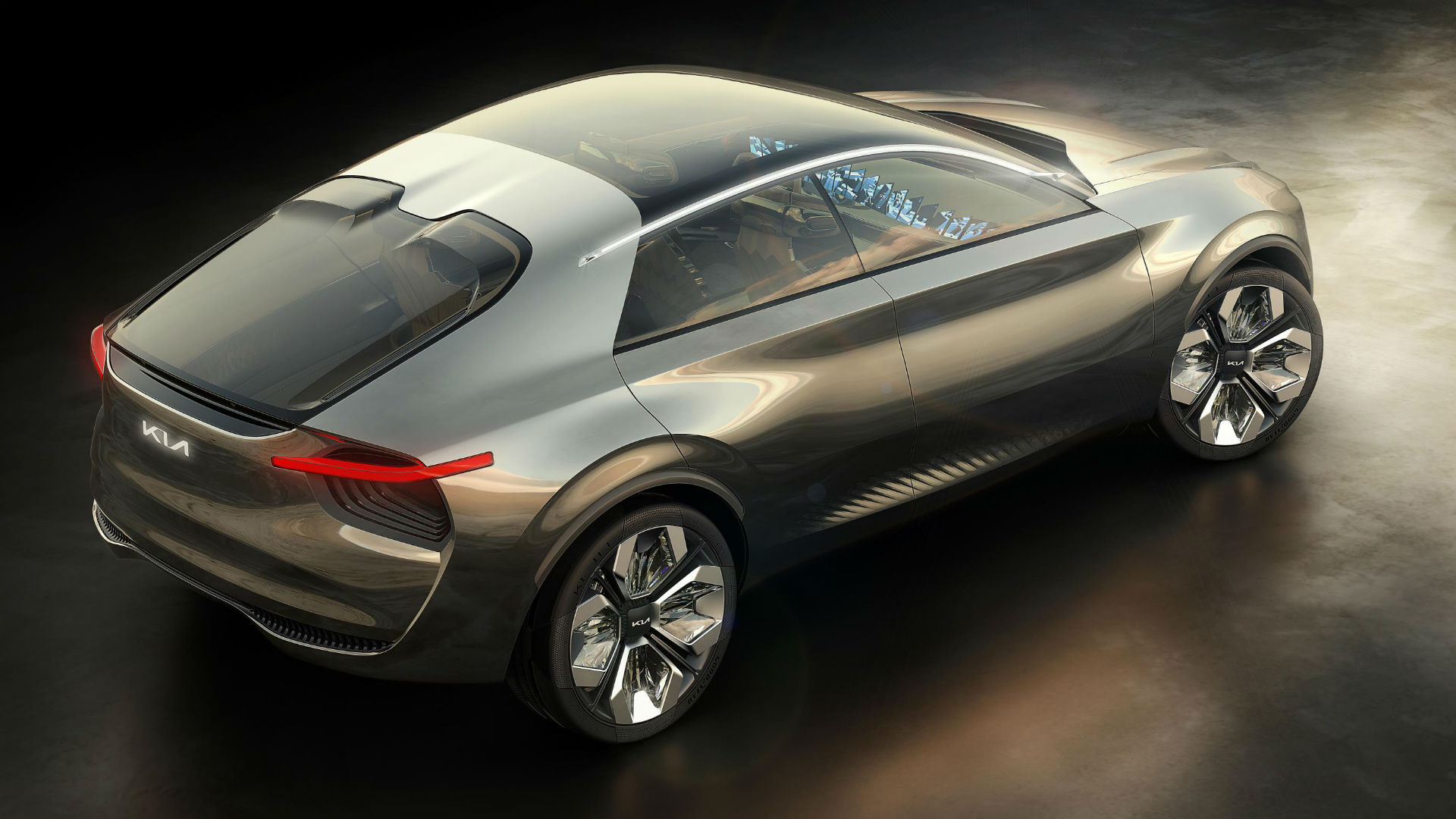 “These 21 incredibly thin screens are a humorous and irreverent riposte to the ongoing competition between some automotive manufacturers to see who can produce the car with the biggest screen,” said Ralph Kluge, Kia Motors Europe’s general manager of interior design.

Imagine is clearly an important car for Kia, with those responsible for bringing it to life being proud of their leftfield creation. It’s a statement of intent, that the marque intends to diversify the EV marketplace with a strong, appealing and quirky range of cars in the coming years.

The Ultra Low Emission Zone (ULEZ) covers much of central London – and is due to expand. How much does it cost and are you liable to pay?
Read more
Motoring ResearchWe Are Everything Motoring
Facebook
Instagram
Pinterest
Twitter
Youtube
Go to mobile version