This Hyundai SUV actually cleans the air in London

Hyundai has been driving its new hydrogen-powered Nexo SUV around London, cleaning the air as it goes 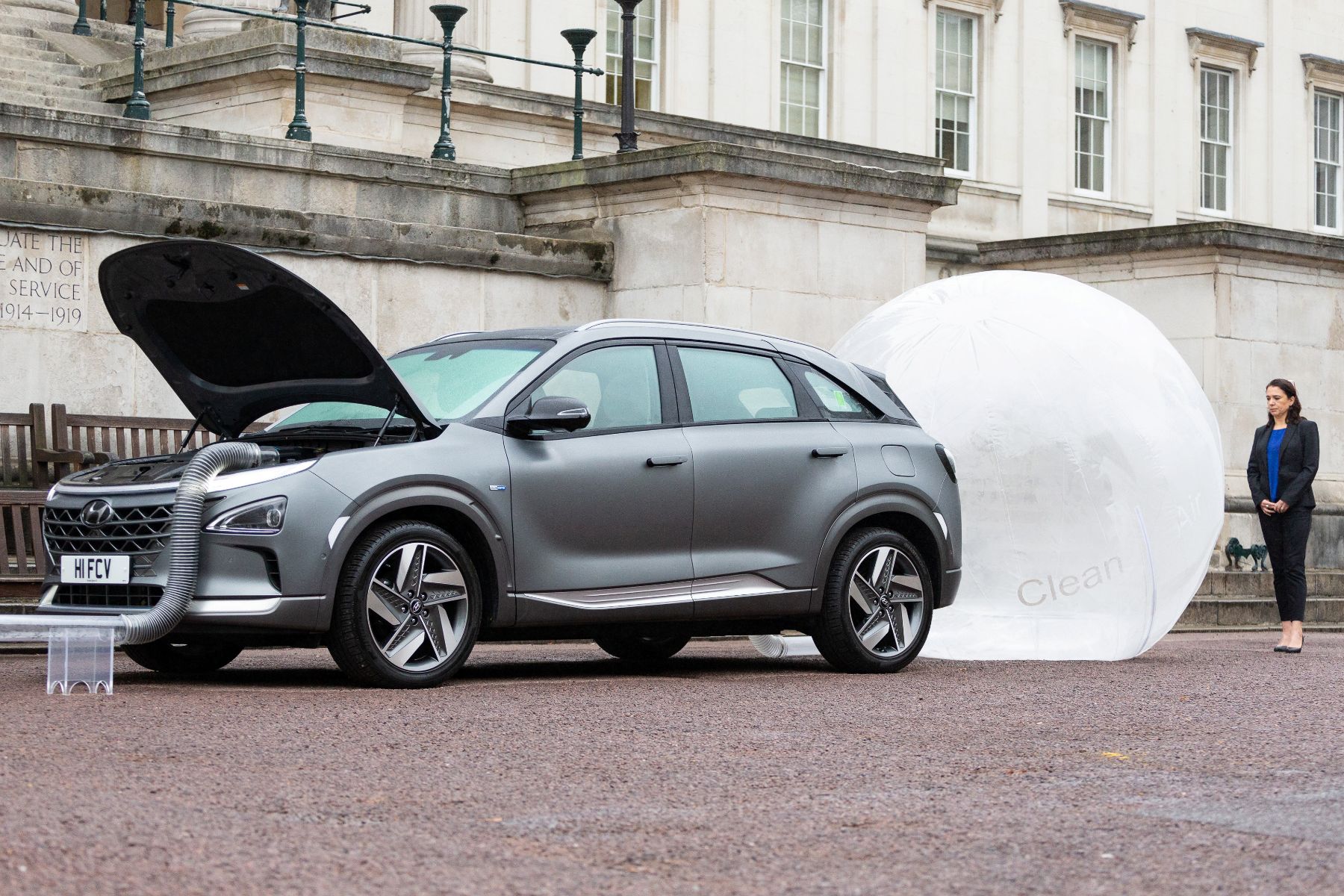 Hyundai’s next-generation hydrogen electric car, the Nexo, has been driving along the most polluted streets in London – and purifying the air as it goes.

Hyundai teamed up with University College London (UCL) to map a route of the most polluted roads in the capital, including streets in Elephant & Castle, Kings Cross and Westminster (as we reported yesterday, Google is also in the process of mapping London air quality).

While the car itself only emits water and heat, it also has an air purification system that can filter 99.9 percent of fine dust and particulates in the air. Over the course of an hour, the Nexo can filter as much as 26.9 kilograms of air – enough, says Hyundai, to keep up to 42 adults breathing for an hour.

If 10,000 of these cars were on the road, it would have a similar carbon reduction effect to planting 60,000 trees. Big claims that for once, get some in-action proof. A demonstration was set up outside UCL, putting the filtration system to work live.

“We are all concerned about air quality and what affects it”, says Sylvie Childs, Hyundai’s Senior Product Manager for Nexo.

“At Hyundai, we are committed to improving the efficiency and environmental performance of all our vehicles and have been investing billions in bringing a full range of low and zero emission vehicles to the marketplace. We believe that the availability of alternatives, like the Nexo fuel-cell electric vehicle, will bring the UK closer to its zero-emissions future.

“However, the responsibility for this cannot only rest with us, the manufacturer. We need the government to invest equally in incentives and infrastructure that would enable Brits to have better choices when it comes to the car they drive and how it can fit into their lives.”

How lockdown could affect your car insurance

New national coronavirus restrictions across England can affect your car insurance in a number of ways. We explain the latest rules.
Read more