TV star and motorcycle racer signs up for the Belgian GP 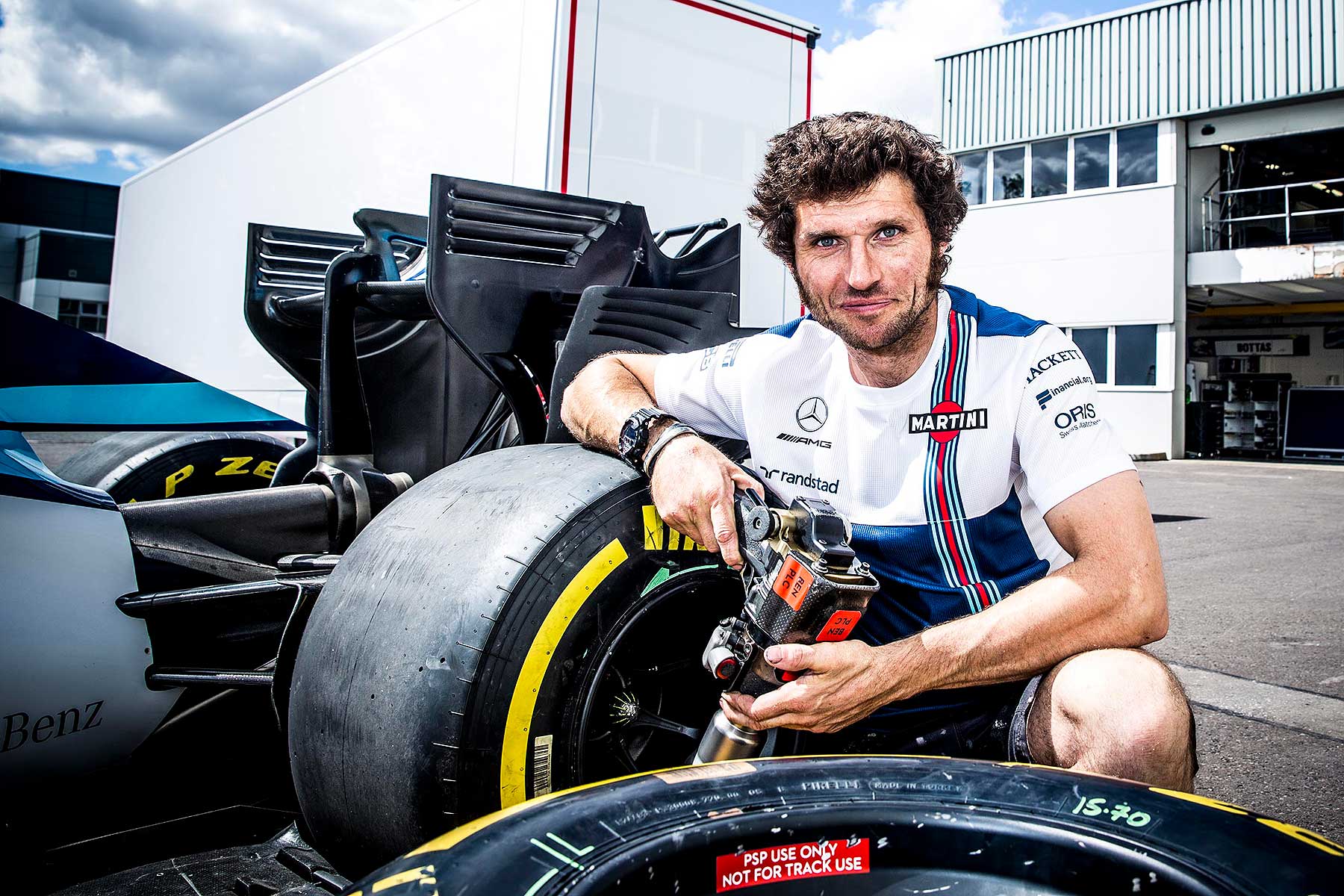 Guy Martin is hanging up his motorcycle racing leathers (and truck mechanic overalls) this weekend – to don a set of Williams Martini Racing F1 fireproofs and join its pit crew for the Belgian Grand Prix.

Martin has already reportedly visited the Williams F1 HQ in Grove, Oxfordshire, to be drilled on the tasks he’s set to undertake: it seems being in an F1 pit crew is far from just attending to the racers during pit stops.

The team says Martin’s jobs will start before the race weekend even begins. First, he will help the car crew build up the Williams FW40 racing car from its various disassembled pieces stored in the team’s trucks. Then, he’ll join the team for Friday’s two 90-minute practice sessions, another hour’s practice on Saturday, before the three-stage qualifying session.

Martin will also take part in the race itself, looking after drivers Felipe Massa and Lance Stroll’s cars. It’s not yet clear what Martin’s duties will be during the pitstops, but the team has already underlined the pressure he’ll be under: it currently holds the record for the fastest F1 pitstop of 2017, with an amazing 2.02-second turnaround during the British Grand Prix.

Williams adds that Martin will also have to hang around at the end of the race. Stripping the cars, taking down the garage and packing everything into the trucks takes “at least” 10 hours once the chequered flag has been waved.

Martin has had a dramatic racing season so far in 2017, with a nasty crash during the Isle of Man TT leading to his withdrawal from the event and, in turn, him stepping down from the Honda Racing team. It was even suggested he may retire from motorcycle racing completely, but Martin has since clarified that he only meant stepping down from road racing.

“Racing’s been good to me, but I’m bored of it,” he said. Being an F1 mechanic is a new challenge we’re certain to hear more about during this weekend’s Belgian Grand Prix…

If you want a RAV4 with 4WD, the new Hybrid is your only option...
Read more

On the 60th anniversary of the three-point safety belt, Volvo has launched Project E.V.A., in which it intends to share 60 years of safety knowledge
Read more

Peugeot to sell its motorcycle division to Mahindra

Mahindra Two Wheelers Europe is taking full control of Peugeot Motocycles, with a 100 percent stake in the company.
Read more

Lexus is best known for fuel-sipping hybrids, not flame-spitting super saloons. And no matter how good the new GS F is, that’s unlikely to change. You see, this flagship V8-engined GS is destined to remain a rare sight. Lexus expects to shift just 100 each year in the UK – half as many as the RC F coupe. But therein lies the rub, because selling in small numbers is a big part of this car’s appeal. Put simply, you won’t spot another in the golf club car park.
Read more

Super Bowl 2020: Behind the scenes of incredible Porsche video

Porsche has given a behind-the-scenes look at the filming of its tantalising Superbowl commercial, which features a Taycan, Carrera GT and even a 917.
Read more