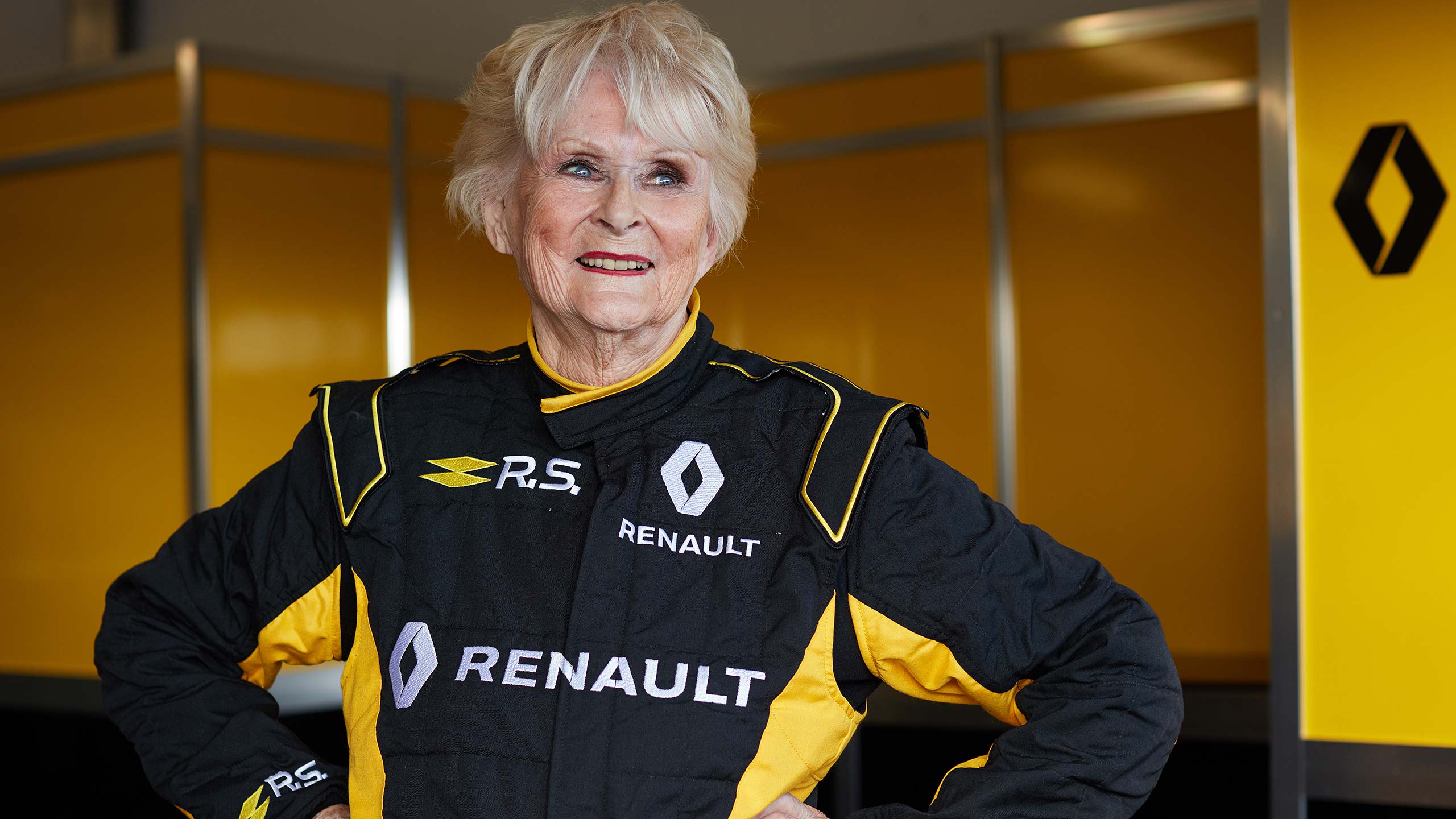 Rosemary Smith, a 79-year-old former seamstress, driving instructor and rally driver, has become the oldest person to drive a Renault Sport F1 car as the team marked its 40th anniversary by making a dream come true for someone almost twice its age.

It’s not just Rosemary who might get to drive an F1 car, either – anyone who test-drives a Renault at a dealer will be entered into a draw… and 10 of them will win the chance to do what she did and drive a Renaut Sport F1 racer.

“Driving an 800bhp car is something I, like many other racers, have always dreamt of but I didn’t think I’d ever have the opportunity to do it,” said Rosemary, “so when the team at Renault UK contacted me I jumped at the chance.”

Her background in international rallying stood her in good stead: despite it being a male-dominated sport, Rosemary drove in dozens of iconic rallies and even won the famous Tulip Rally in 1965 – for which Elizabeth Taylor and Richard Burton sent her a congratulatory bouquet.

“It was definitely very different to the rally cars I’m used to but was an amazing experience,” she said. “I could feel myself getting more and more comfortable with the single-seater and being able to speak to Jolyon, driver to driver, also helped when the nerves did kick in.

“After racing and facing the challenges of competing in a male-dominated sport together for many years I was so happy that my friend Pauline was able to share this latest milestone and give me that extra boost. It just goes to show that anyone can fulfil their dreams at any age if they put their mind to it and always follow their passions.”

Renault advertising agency Publicis London helped pull together the campaign. Executive creative director Dave Monk said: “It’s not very often you unearth a story like Rosemary’s, she’s a remarkable woman, a tremendous athlete, and embodies the kind of passion for life we can all learn a lesson or two from.

“I think this piece of work will resonate with hearts and petrolheads alike.”