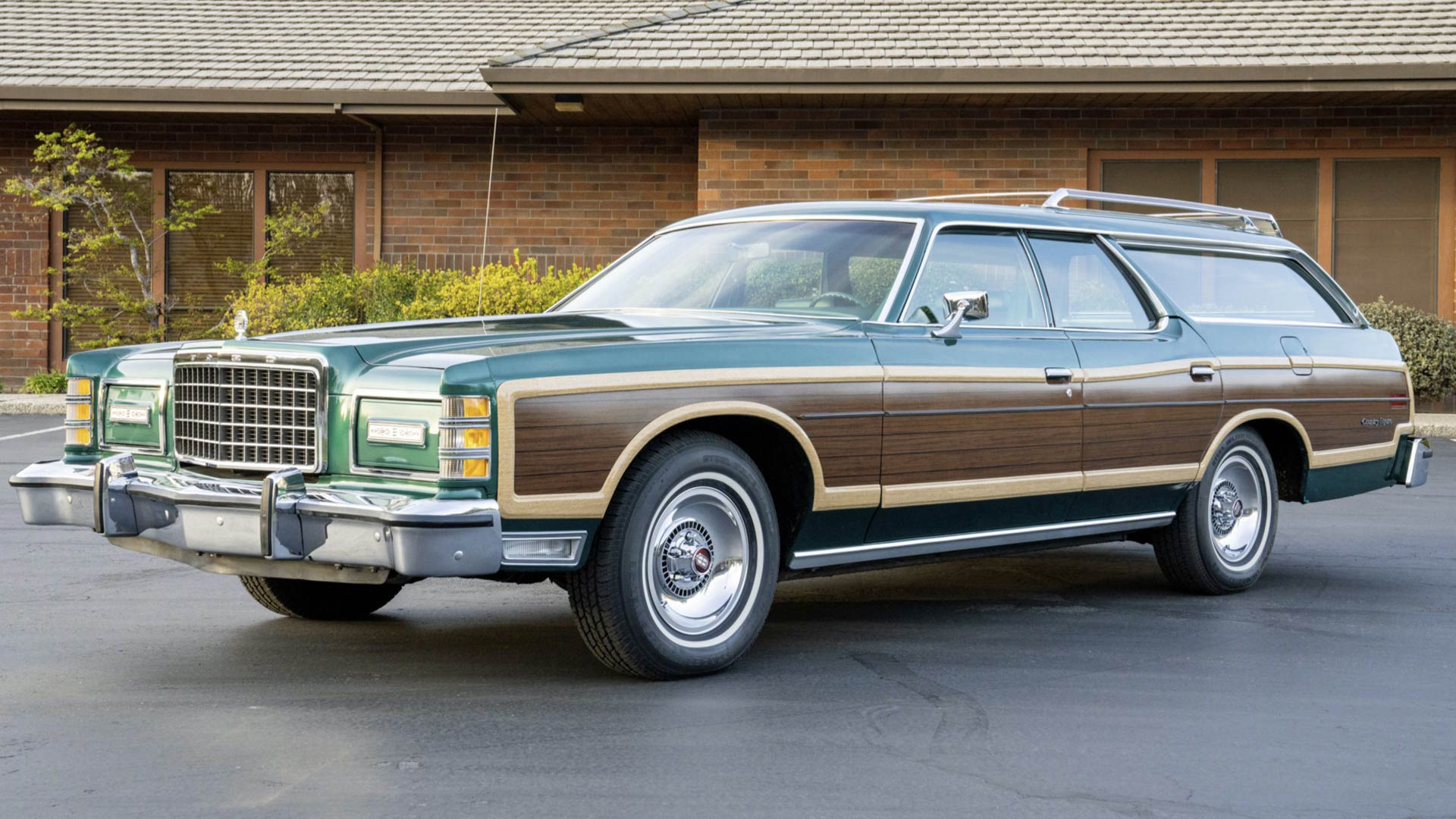 Celebrating St. Patrick’s Day may be a little harder than usual this year, but this is one way to keep things verdant and green.

Currently listed for auction on Bring a Trailer, this 1978 Ford LTD Country Squire has the most amazing combination of green exterior and interior.

It may not necessarily bring you the luck of the Irish, but for fans of classic woodie station wagons this could certainly last longer than another pint of Guinness.

The biggest green machine around 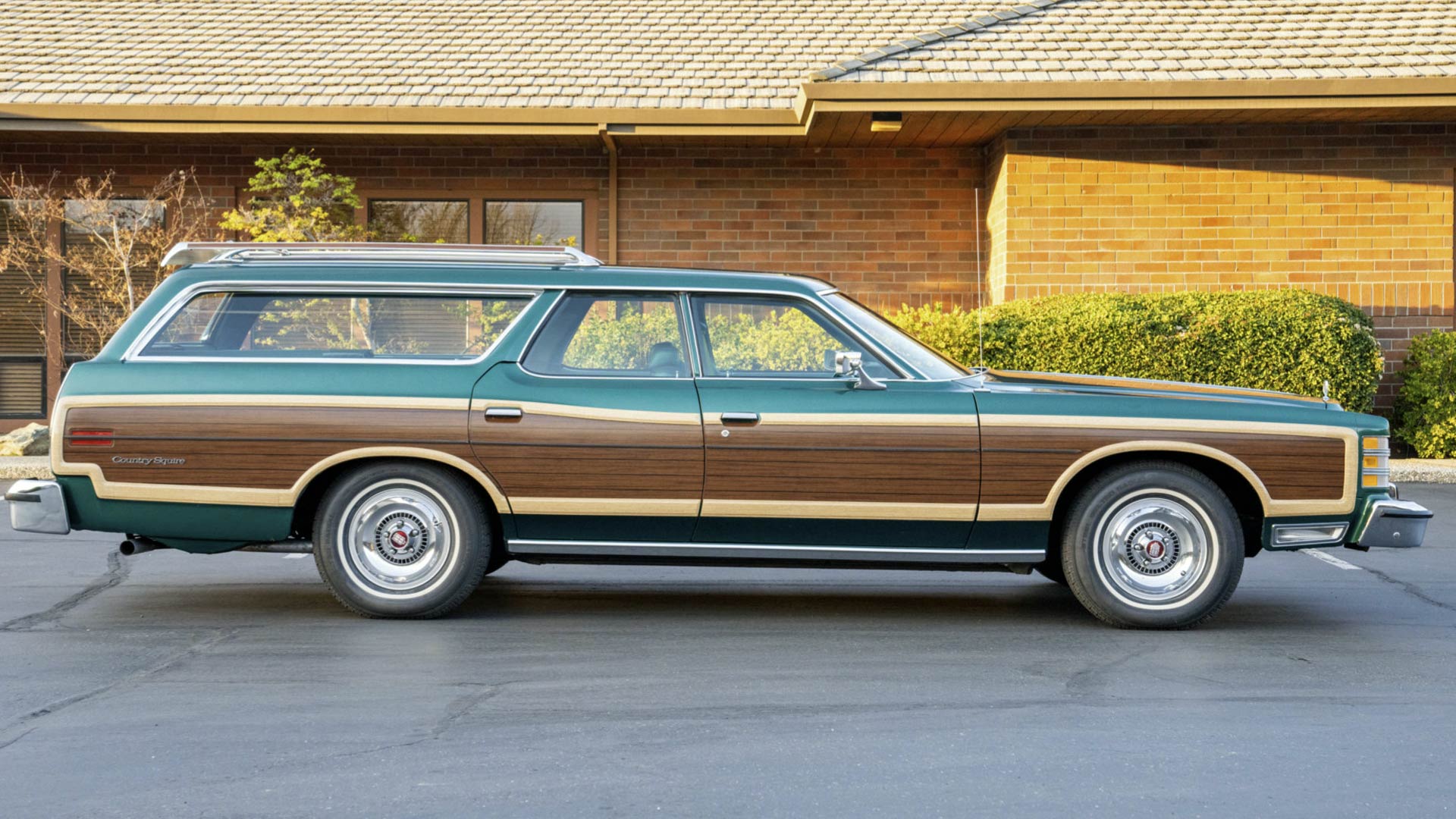 The seventh-generation of Ford’s long-running Country Squire name was introduced in 1969. A comprehensive redesign saw full-size Fords become even bigger, with the wheelbase for the LTD range now stretched to 121-inches.

An update in 1973 saw the addition of 5 mph impact bumpers. This pushed the total length of the Country Squire to over 225 inches, whilst the curb weight tipped the scales in excess of 4,700 lb.

This would be the last of the giant full-size offerings, with Ford later moving to the shorter Panther platform in 1979. It makes this particular Country Squire one of the final wagons built on such a vast scale.

Clad with a forest of fake trees 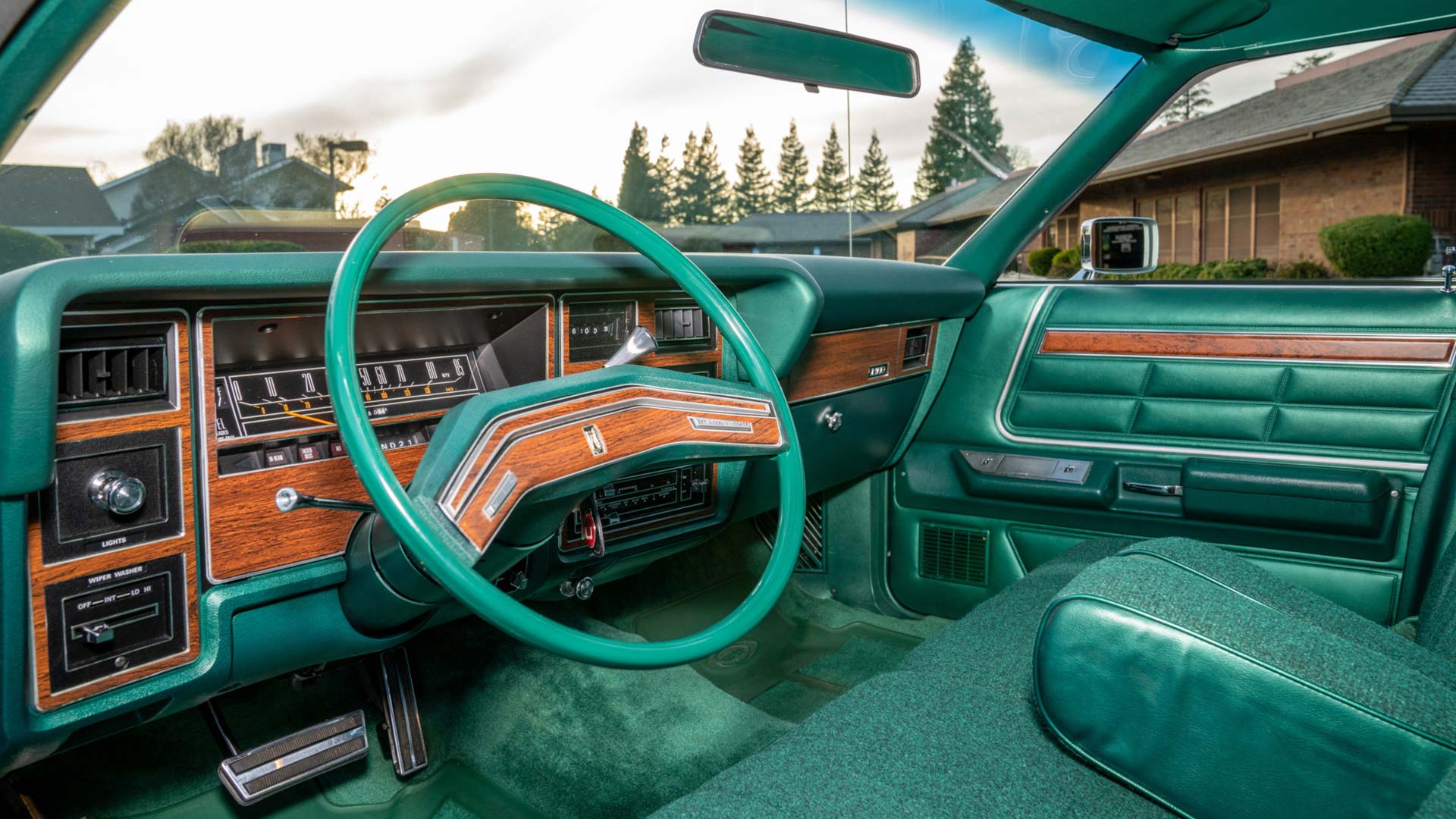 The main reason why we are so excited for this Country Squire is the color. Ford’s Dark Jade Metallic is the particular hue used here, contrasting neatly with the vinyl wood grain cladding.

Only Country Squire models were fitted with the acres of imitation timber trim, unlike regular LTD-based wagons. Being the range-topping model also meant concealed headlights, a deluxe chrome roof rack, and a rear wind deflector.

Ford’s ‘Magic Doorgate’ was also fitted, allowing the tailgate to open in three different ways. This meant for multiple ways to access the cavernous cargo space at the rear.

Room for all the family 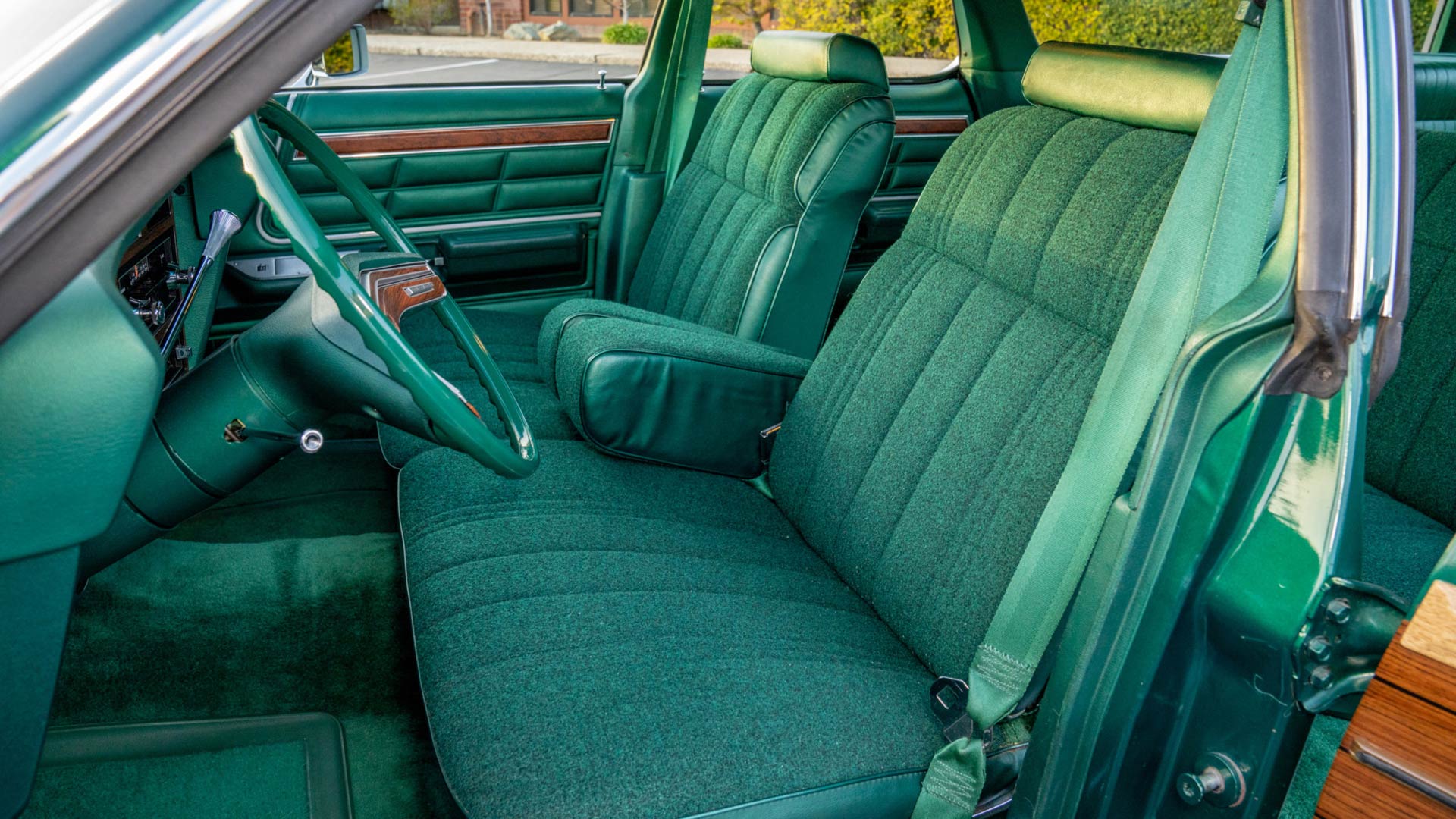 Inside, this Country Squire is just as green as it is outside. Optional Jade Duraweave trim – a vinyl said to imitate cloth – matches the exterior almost perfectly. The roof lining and carpets are, of course, green.

Naturally, there is even more wood grain trim on the inside, covering the dashboard, steering wheel, and door panels. The full experience of the late 1970s means the Country Squire comes fitted with equipment such as an AM/FM/8-track stereo, plus air conditioning and power brakes.

More importantly, the original owner plumped for the pair of third-row jump seats that fold into the trunk floor. It takes the potential for up to 10 people to cram hop onboard, and still leave some space for luggage.

Ready for relaxed road trips across the country 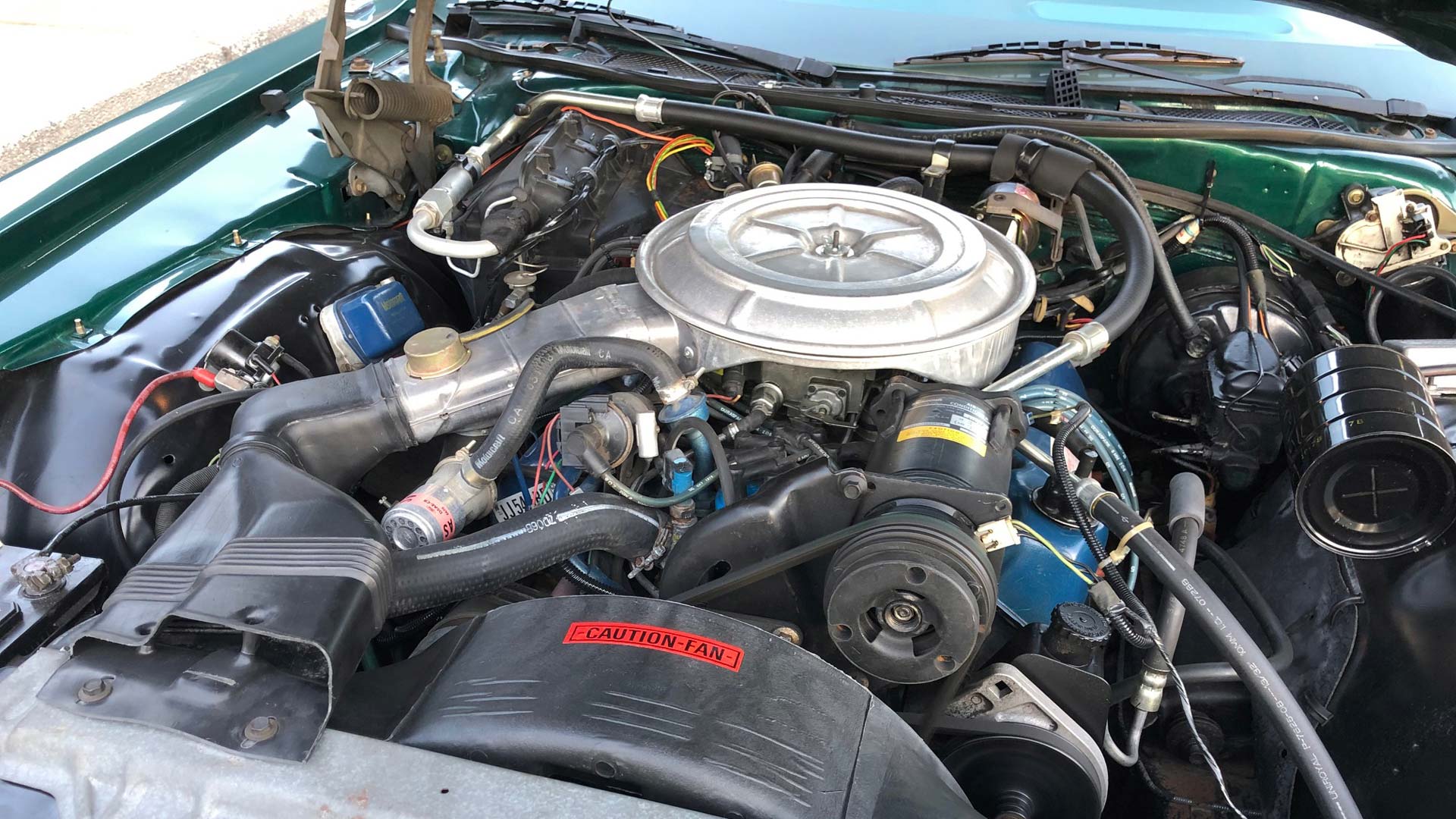 However, carrying so much weight is unlikely to aid the performance of this wagon. Made in the heart of the malaise era, this Country Squire comes with Ford’s 351-cubic inch V-8.

It makes for a total of 145 horsepower and 277 lb-ft of torque heading to the rear wheels, through a three-speed Cruise-O-Matic automatic transmission. The first owner did specify a Traction Lok differential, though.

What makes this Country Squire staggering is that it has covered only 5,000 miles from new. It was first sold in old new by John Stenach Ford of Plymouth, Pennsylvania, with the owners later passing the car to their nephew.

It was then put into storage for 25 years, before being reacquired by John Stenach Ford. The current seller, based in California, bought the wagon five years ago. 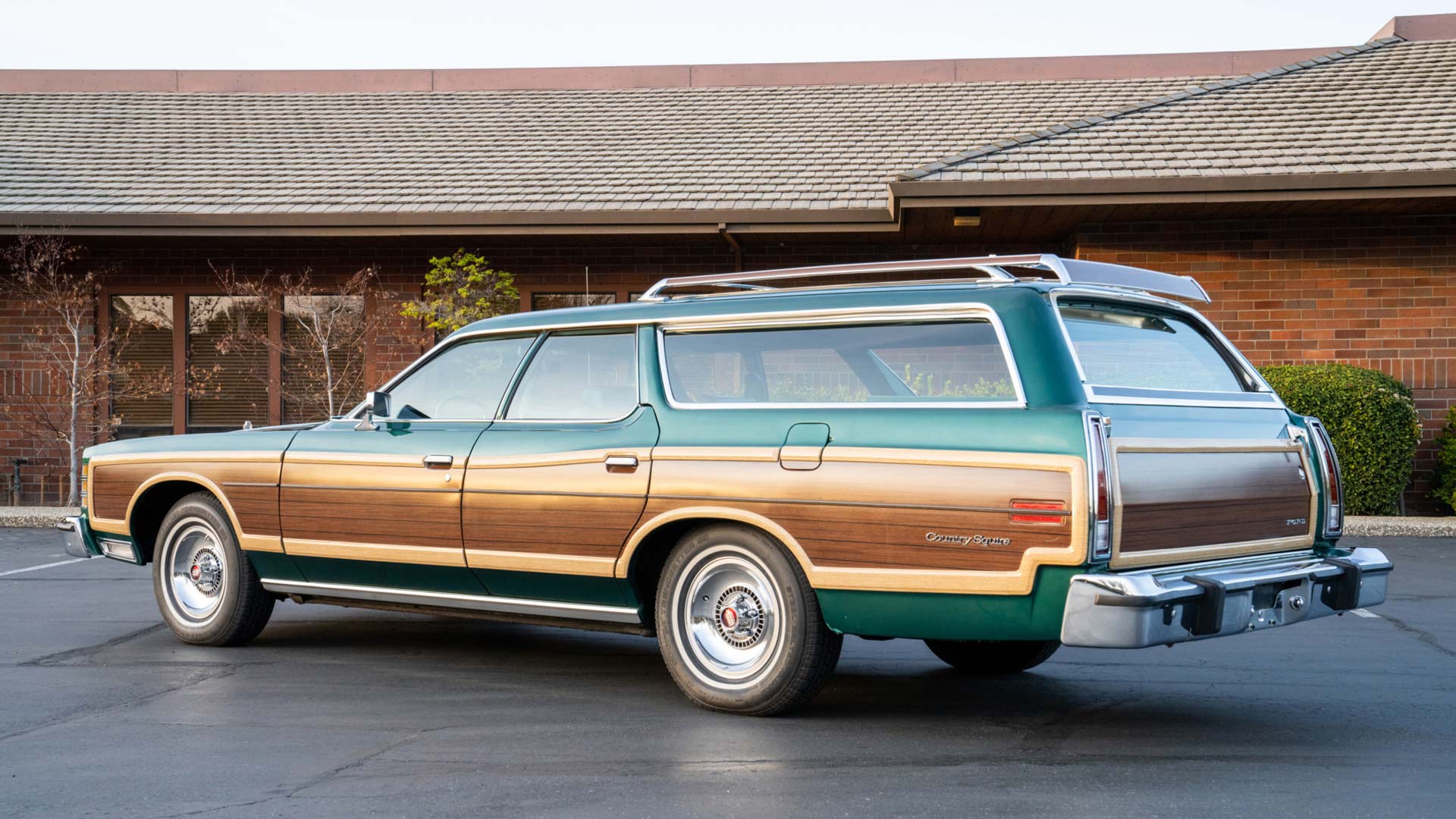 In a world that feels somewhat chaotic right now, there is something reassuring and familiar about a station wagon clad in wood grain. It has all the practicality, if not the gas mileage, of a modern SUV but without the predictability.

Having had such little use, this Country Squire is seemingly ready for family road trips again. Or, gentle cruises to car meets and classic shows later in the year.

It has already attracted the interest of many commenters on Bring a Trailer, with other 130 comments posted on the listing so far.

The auction itself runs until Monday, March 23rd with this big wagon looking set to gain plenty of bids.