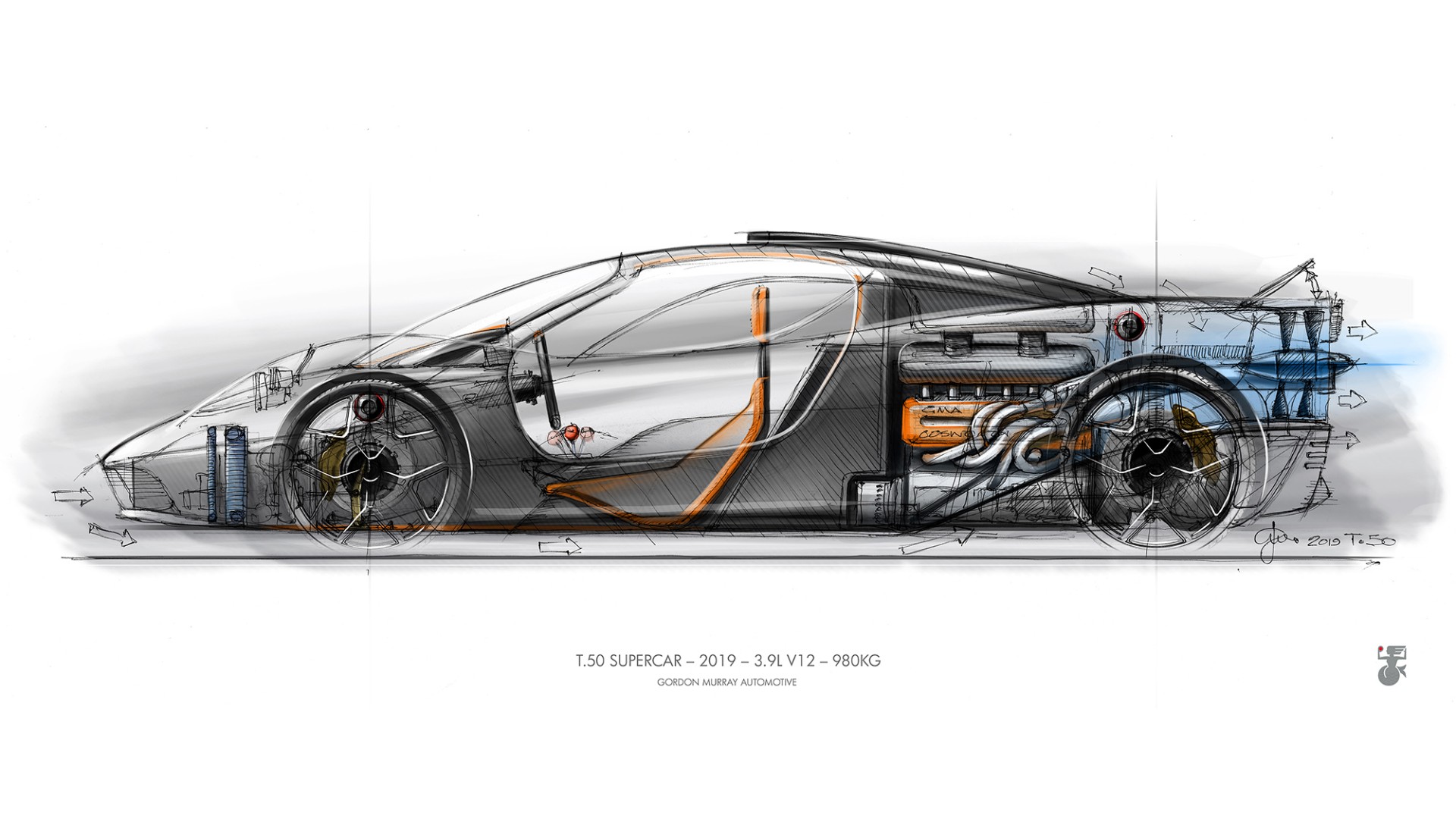 Gordon Murray Automotive (GAM) has unveiled plans for its much anticipated T.50 supercar.

Not a very exciting name? Well, it’s difficult to capture ‘spiritual successor to the McLaren F1 in every way’ without calling it ‘McLaren F1’, but that could be a mess, legally speaking. T.50 actually refers to the fact that it’s the 50th in an illustrious line of cars designed by Murray, that all bore a ’T’ designation.

When we say ‘every way’, we mean it. Just looking at the silhouette of the sketch, you can see the F1’s diminutive proportions have been carried over.

You can see the central-seat layout and an engine in the middle, with six visible snakes of metal billowing out from the bottom of it. With that, let’s go through the specs. They are… tantalising. 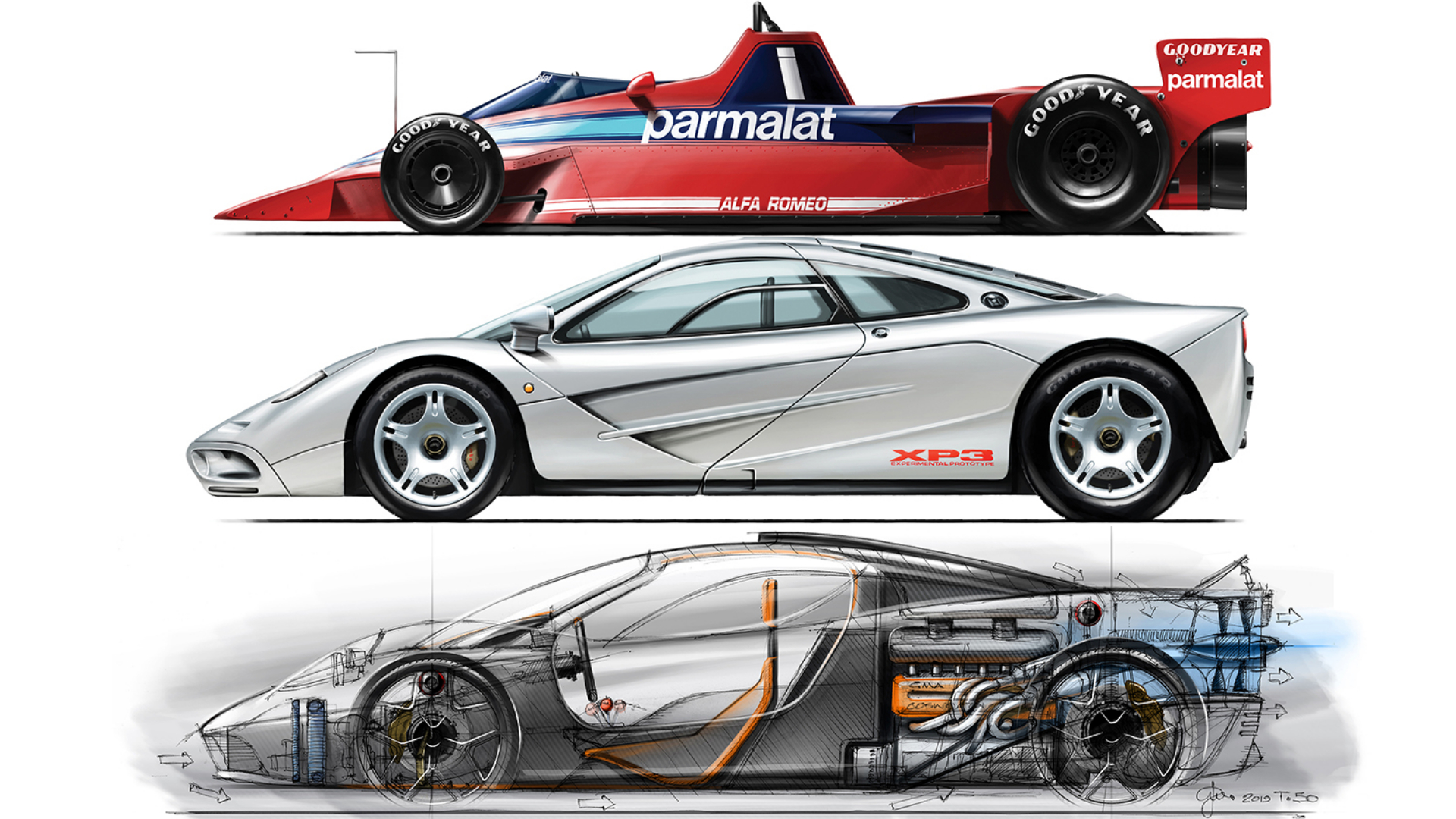 So here are all the juicy details. The car will be powered by an all-new Cosworth-developed 3.9-litre naturally-aspirated V12 engine, packing 650hp, that will rev to 12,100rpm and send power to the back wheels via a manual shift H-pattern gearbox.

“By working with the team at Cosworth Powertrain we have created the greatest naturally-aspirated engine ever designed for the road. It is the highest revving, highest power density, lightest and fastest-responding naturally-aspirated V12 ever made for a road car.”

Weight is claimed to be a scarcely believable 980 kilograms, achieved with ‘a focus on minimising the weight of every component’. It ought to take up no more space on the road than a Porsche 911, but still be comfortable and relatively practical. Seating for three and a reasonable amount of luggage space will be part of how it will ‘set new standards for supercar packaging’.

“Automotive enthusiasts and road-test editors have discussed the concept of ‘peak supercar’ for some time,” said Gordon Murray.

“The reality of chasing top speeds only adds weight, notably through ever-more powerful engines, which increase the requirement for larger, heavier ancillaries. We are taking a very different approach.”

‘The most advanced aerodynamics ever seen on a road car’

As a world-renowned aerodynamicist, Gordon Murray will be ensuring the T.50 cuts through the air as efficiently and quickly as possible. The car will take ‘Murray’s ground-effect innovations to an all-new level with intelligent management of underbody airflow couple with a 400mm fan at the rear’.

That’s right, as well as an F1 successor, GMA is building a successor to the famous Brabham fan car…

With cars like the Aston Martin Valkyrie getting ready to roll, it’s rather bold to claim that this car will have ‘absolutely the most advanced aerodynamics ever seen on a road car’. But this is Gordon Murray we’re talking about.

We reckon this car has every chance of being the ‘purest, lightest, most driver-focused supercar ever built’. 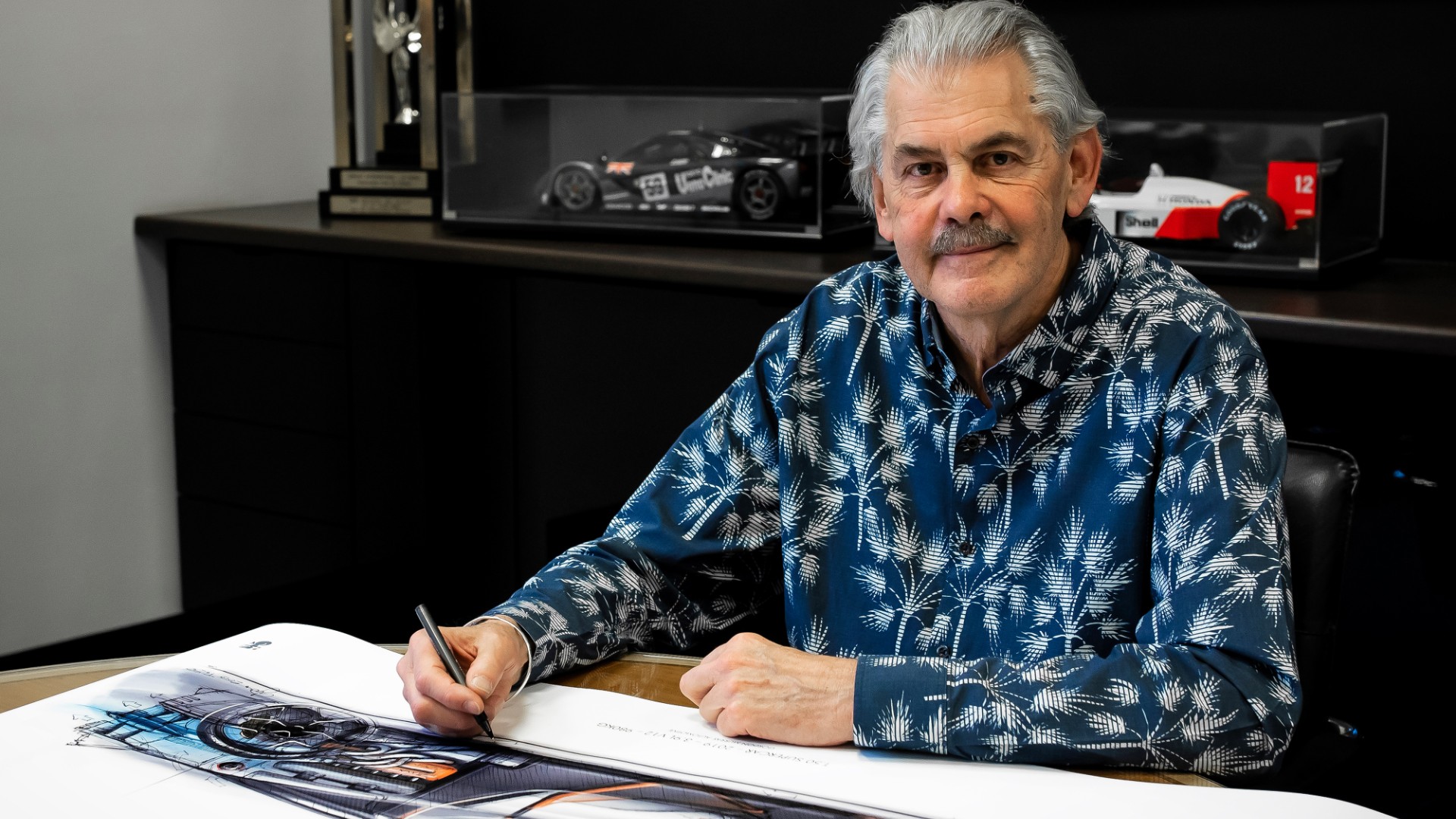 Deliveries are expected to commence in early 2022, close to 30 years on from when Murray was deep into the development process of the F1.

The price? Well, back in the 1990s, the F1’s sticker was an unimaginable £635,000. That’s equivalent to over £1.2million in today’s money, with inflation. So what will the T.50 cost? Add another million to that, for a cool £2.2million. Not beyond the realms of belief in today’s hypercar market.

With just 100 to be made, and the promise of a true McLaren F1 successor with Gordon Murray at the helm, we can’t see this car being a bad investment…

“An unflinching dedication to light-weighting, highly-advanced active aerodynamics and world-leading standards of advanced engineering will ensure the T.50 rewrites the supercar rulebook.

“Our experienced team is applying the same uncompromising approach to design and engineering that shaped every facet of the F1, and they are able to deliver substantial improvements over that car in every meaningful way.”