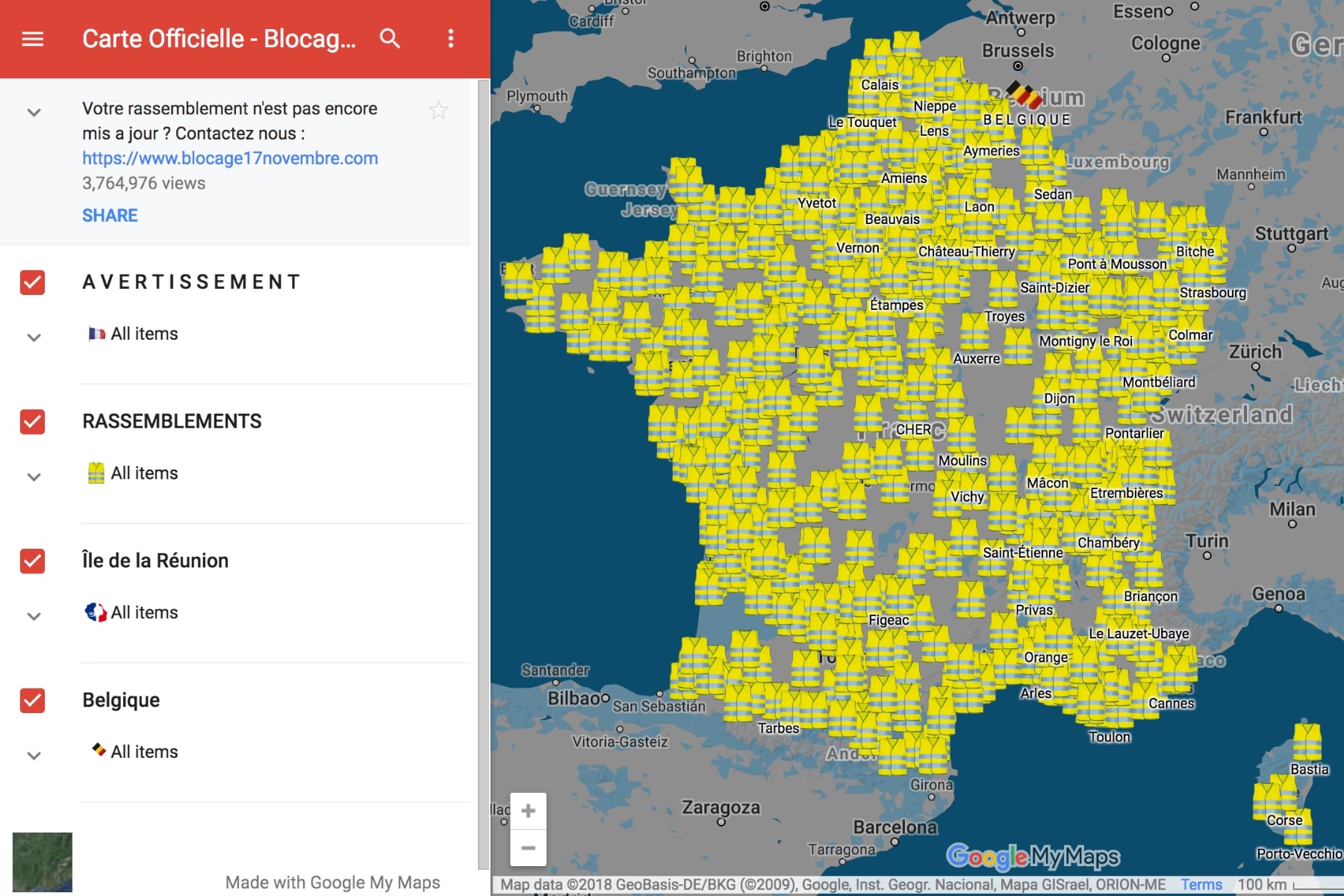 Rising fuel prices are causing unrest across the channel, with an estimated 290,000 people taking part in road-blocking protests and marches over the weekend by people wearing yellow vests.

The plan was for traffic to be either slowed down or stopped entirely during the protests, which were planned for Saturday 17 November.

Action took place at more than 2,000 locations across France and was largely peaceful, say reports. However, the scale of the protests saw around 400 injured as demonstrations continued throughout the night and into Sunday.

A female protestor was killed, reports the BBC, after a driver was surrounded by protestors. They reportedly panicked and accelerated into the crowd.

The action is due to cover almost the entirety of the country, as demonstrated by the interactive map of yellow vests. If that sounds extreme, consider that within a year, fuel prices have increased 14 percent and 23 percent for petrol and diesel respectively.

What’s more, further taxes are due to be added at the beginning of 2019 A further rise of 2.9 cents and 6.5 cents for petrol and diesel is projected for Jan 1 2019. The markedly higher cost of diesel suggests the French government is penalising diesel drivers.

In a poll conducted by French motoring title Auto Plus, 82 percent of respondents (that’s more than 3,000 people) said they would be ready to demonstrate against “soaring prices at the pumps”.

BBC News said that over the weekend, the protests were still approved of by three quarters of the population.