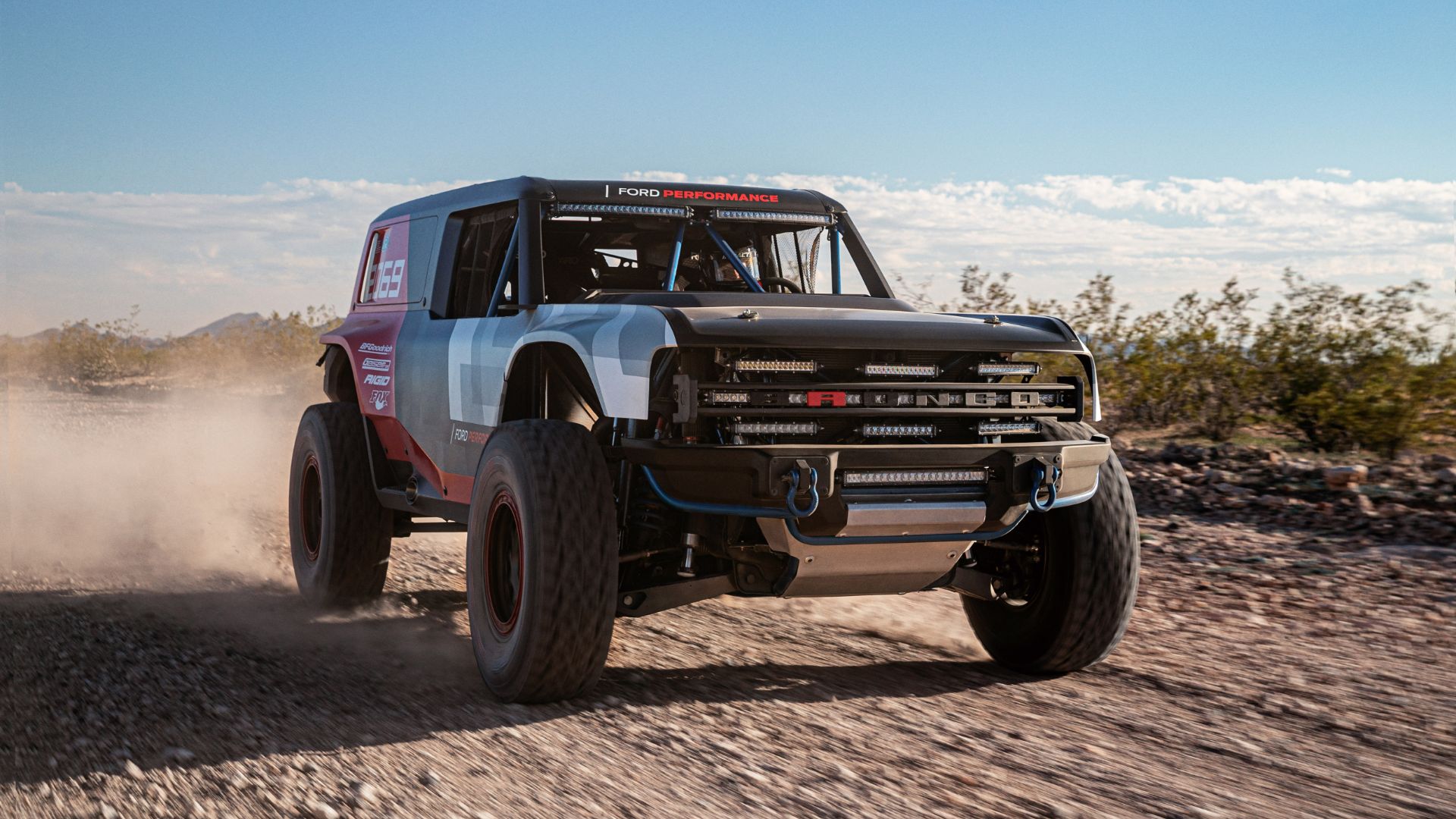 One of 2020’s most hotly-anticipated cars is the new Ford Bronco. Now, Ford has previewed the upcoming model with a Bronco R racer – and revealed the official Bronco logo.

As motoring comebacks go, the return of the Bronco is up there with reviving the Toyota Supra and Land Rover Defender. The last Bronco went out of production in 1996, after a 31-year run. It’s one of Ford’s most iconic models and fans have struggled to let go.

Finally, in 2017, Ford gave in, announcing at the Detroit Auto Show that it was developing a new Bronco. Alhough dealers won’t see cars until later next year, Ford has begun the teaser campaign. 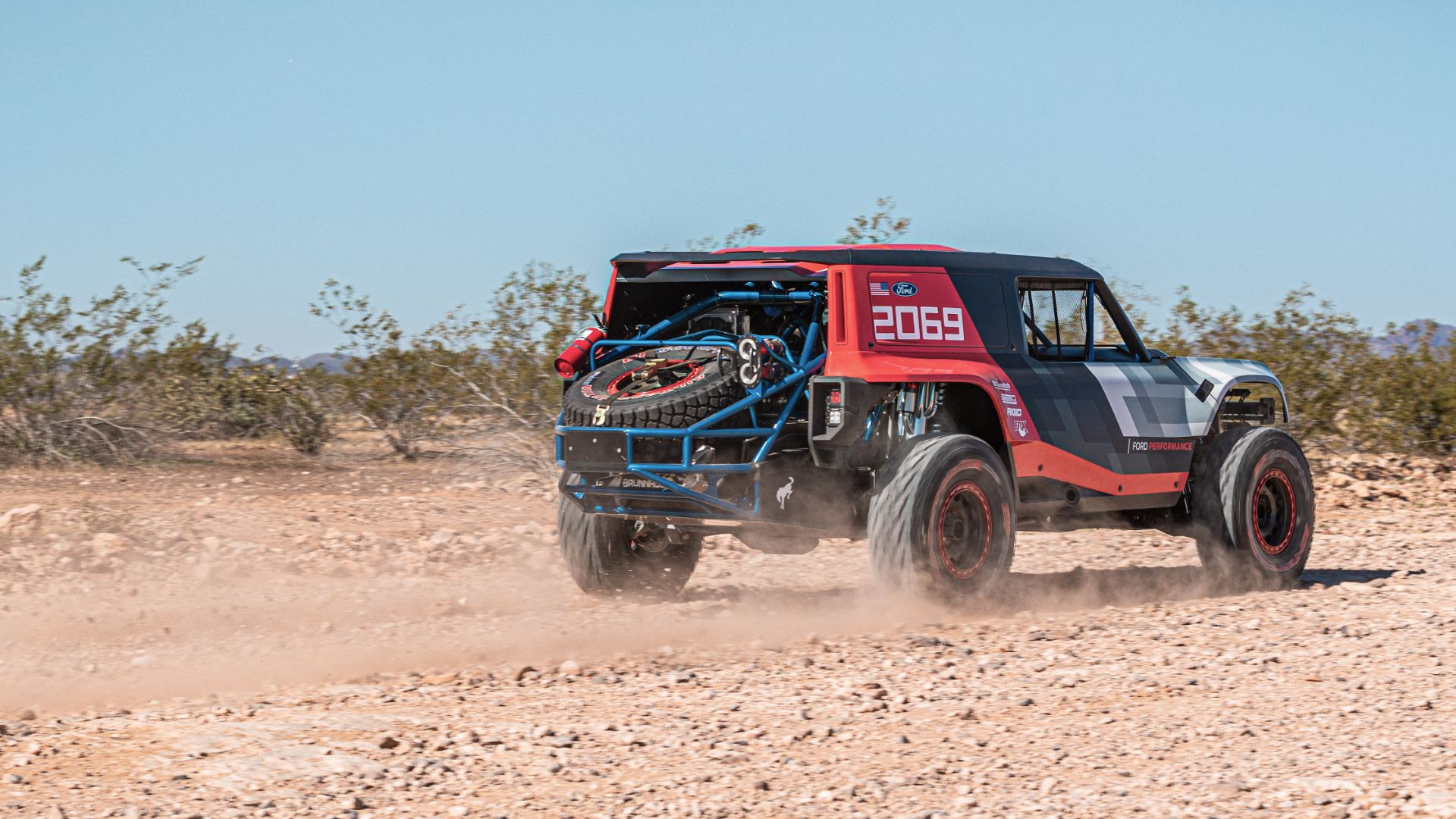 The Bronco R’s first job is heading to the Baja Peninsula for the famous 1,000-mile race, which a Bronco won 50 years ago in 1969. Shelby Hall, granddaughter of Rod Hall, who took the win in 1969, will be piloting the car during its attempt.

Hip to be square

Silhouette race cars are a great way of teasing what coming models will be like, without giving too much away. Nonetheless, we can expect the Bronco to look as it should: squat, squared off and thick-jawed.

Ford says the racer gives ‘proportion hints of what enthusiasts can expect to see when the future Bronco makes its world premiere next spring’. On the inside, the ‘simple surfaces of the instrument panel’ are a nod to the first-generation Bronco. 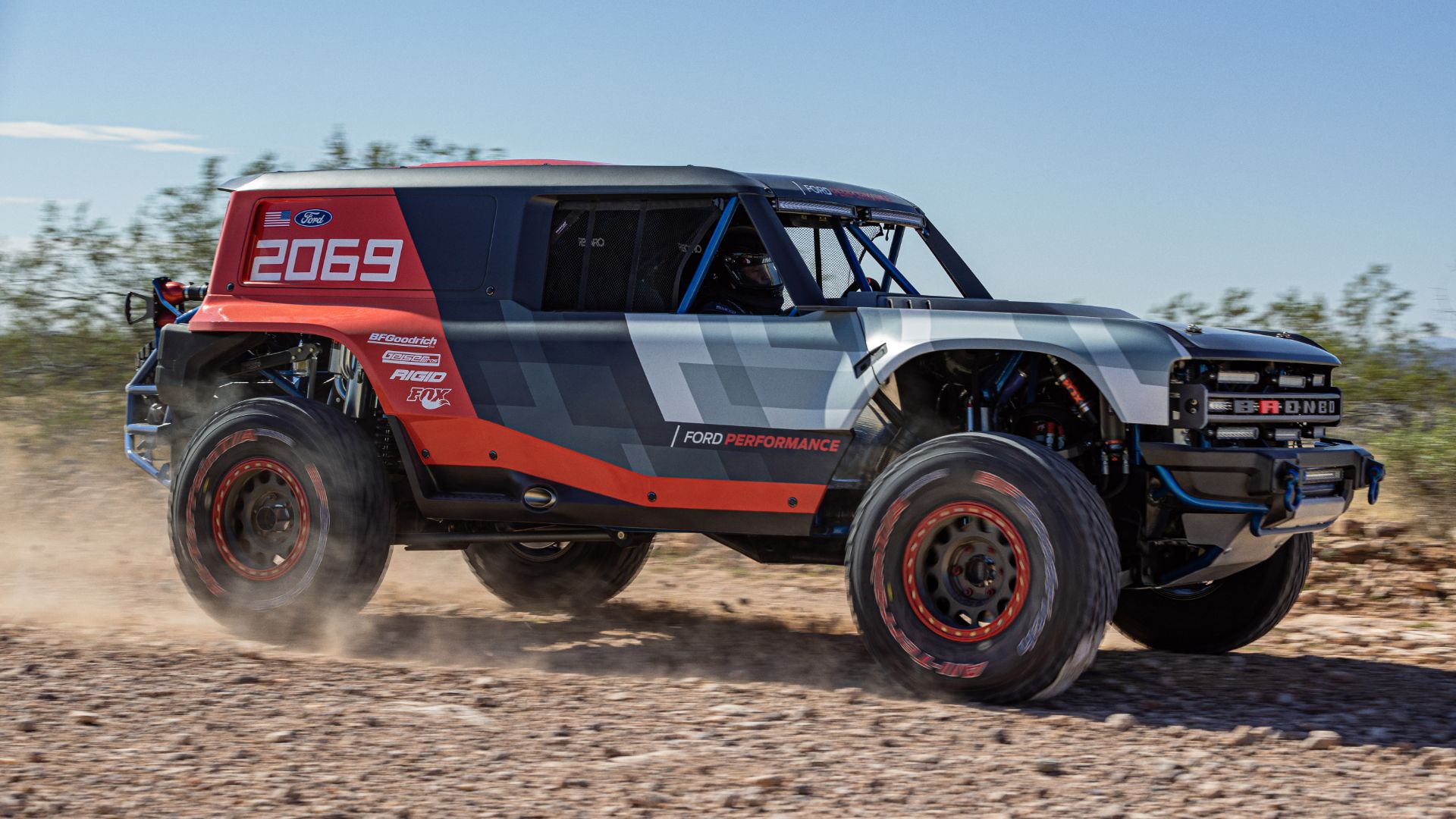 The Bronco R racer has been a fast-paced project for Ford. Only since July has chief designer Paul Wraith been working with his small team to dress this one-off prototype. The production car will be revealed in the spring, with deliveries later in 2020.