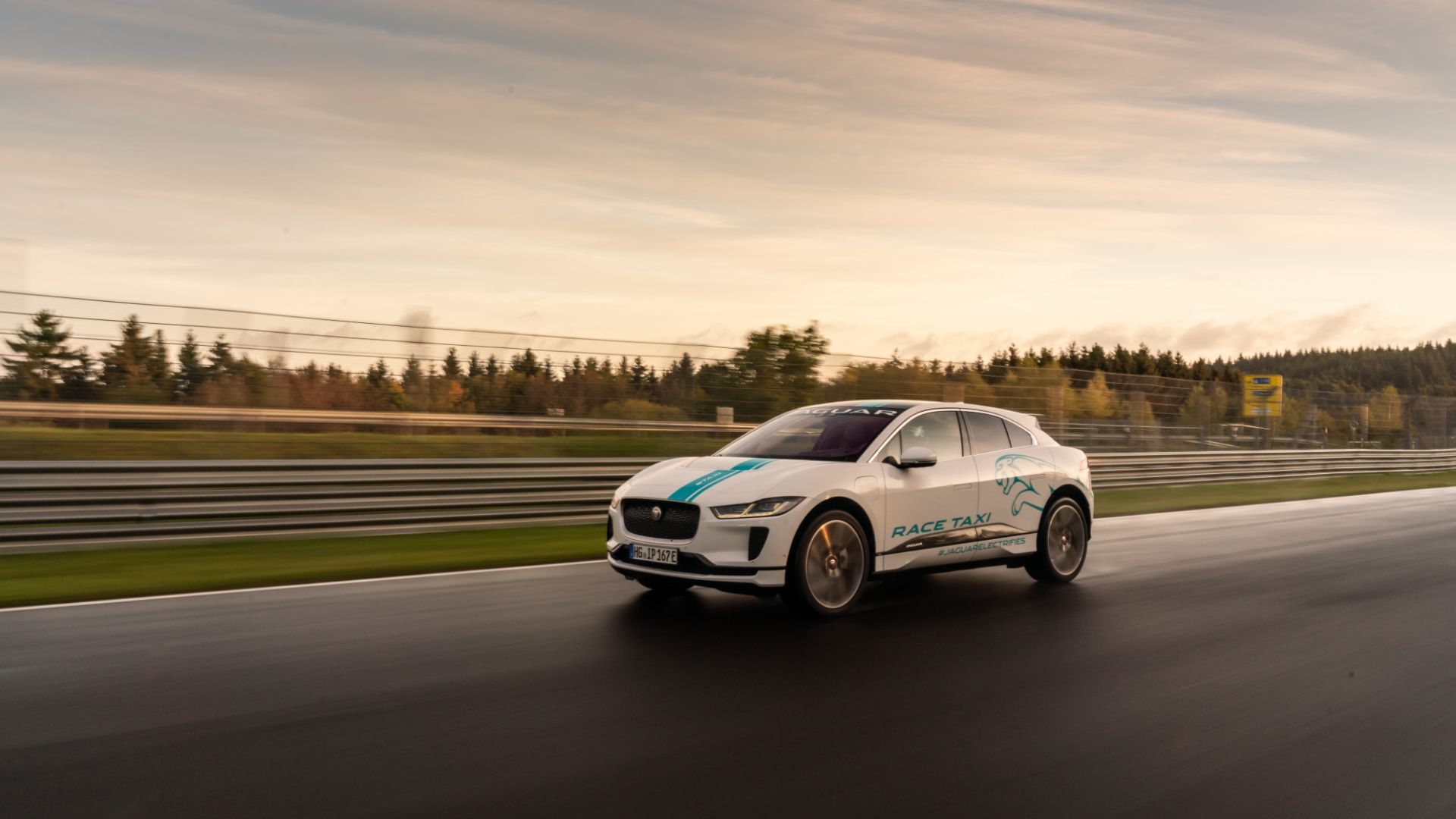 The all-electric I-Pace is to be put to work at one of the most formidable automotive proving grounds as Jaguar’s new race eTaxi experience car.

Far from leaving the Nurburgring behind in the development phase of its life, the I-Pace is back at the ‘Green Hell’. It’ll be used to ferry punters around the ‘Ring at near-race pace by expert drivers. 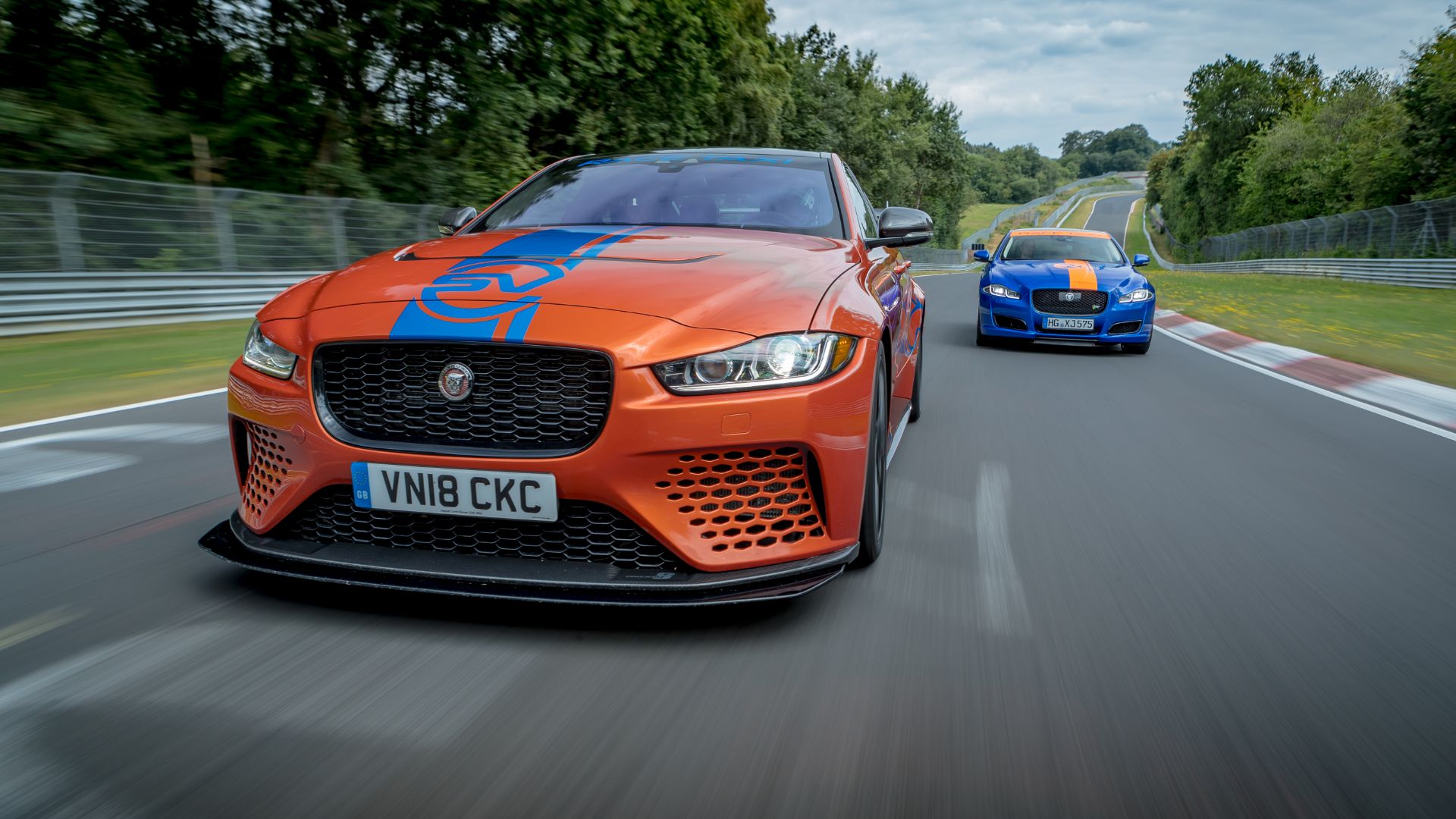 Jaguar’s rapport with the German circuit is strong: it holds the four-door lap record, with a 7-minute 23-second time, set by the XE SV Project 8. P8s were also used for the Race Taxi experience last year. Though a quick car, we doubt the 400hp I-Pace eTaxi will be gnashing at the Project 8’s heels just yet.

The Porsche Taycan recently set an all-electric production car record of 7-minutes 42-seconds, as a demonstration of the repeatability of its performance. Though the Jag is unlikely to beat that either, you don’t have to break records to prove endurance. The I-Pace will have its work cut out, regardless of whether the stopwatch is running. Putting the I-Pace to work at the Nurburgring with paying customers is an impressive vote of confidence. 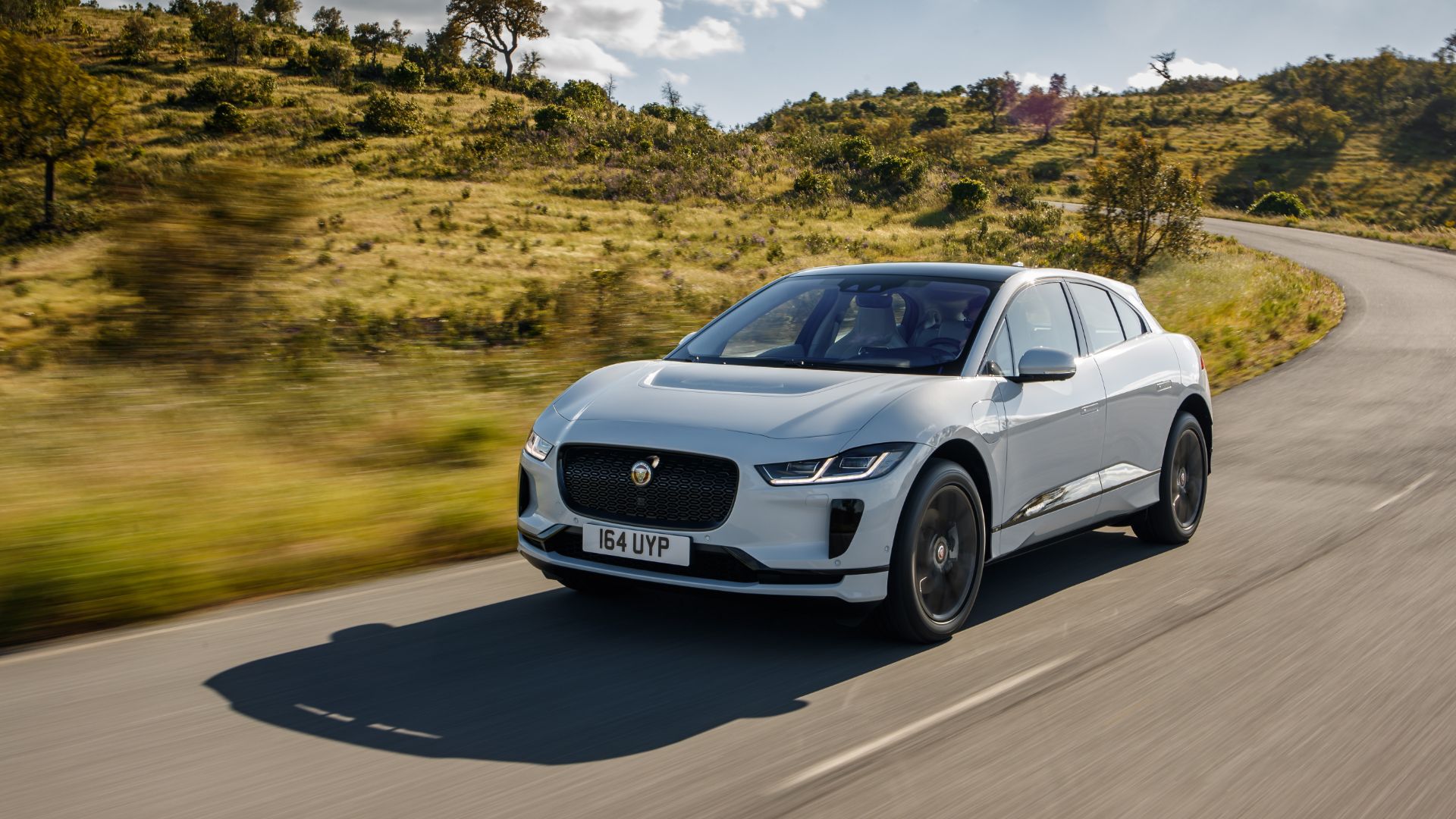 Of course, Jaguar’s no stranger to the abuse of battery-powered vehicles. The racing I-Pace eTrophy is a one-make series for track-only variants of the electric SUV, while Jag is also a big name on the Formula E grid.

If you want to see how the I-Pace handles the Nurburgring, you can book a ride for yourself. They’re available up until the end of November, and are available to book now.