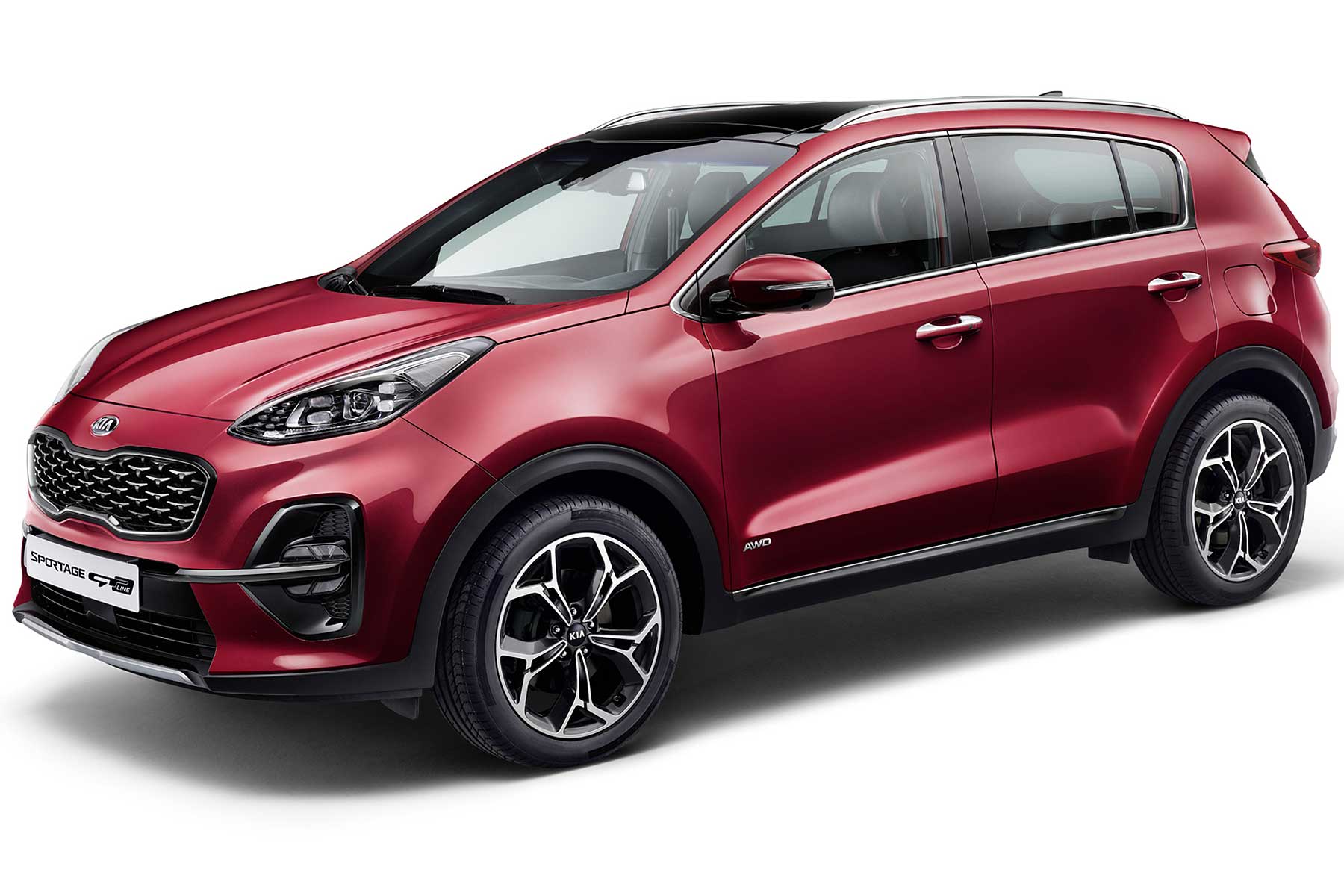 The Kia Sportage SUV is the firm’s best-selling car in the UK, occasionally even breaking into the British top 10 best-sellers chart. To ensure momentum is maintained, Kia has treated it to a mid-life facelift.

As is the way these days, visual tweaks are modest. They’re limited to new front and rear bumpers, tweaked headlights and tail lamps, plus a fresh set of 16-inch, 17-inch and 19-inch alloys. There are, however, five new paint colours, and a swish gloss black hot-stamped radiator grille for GT-Line models. 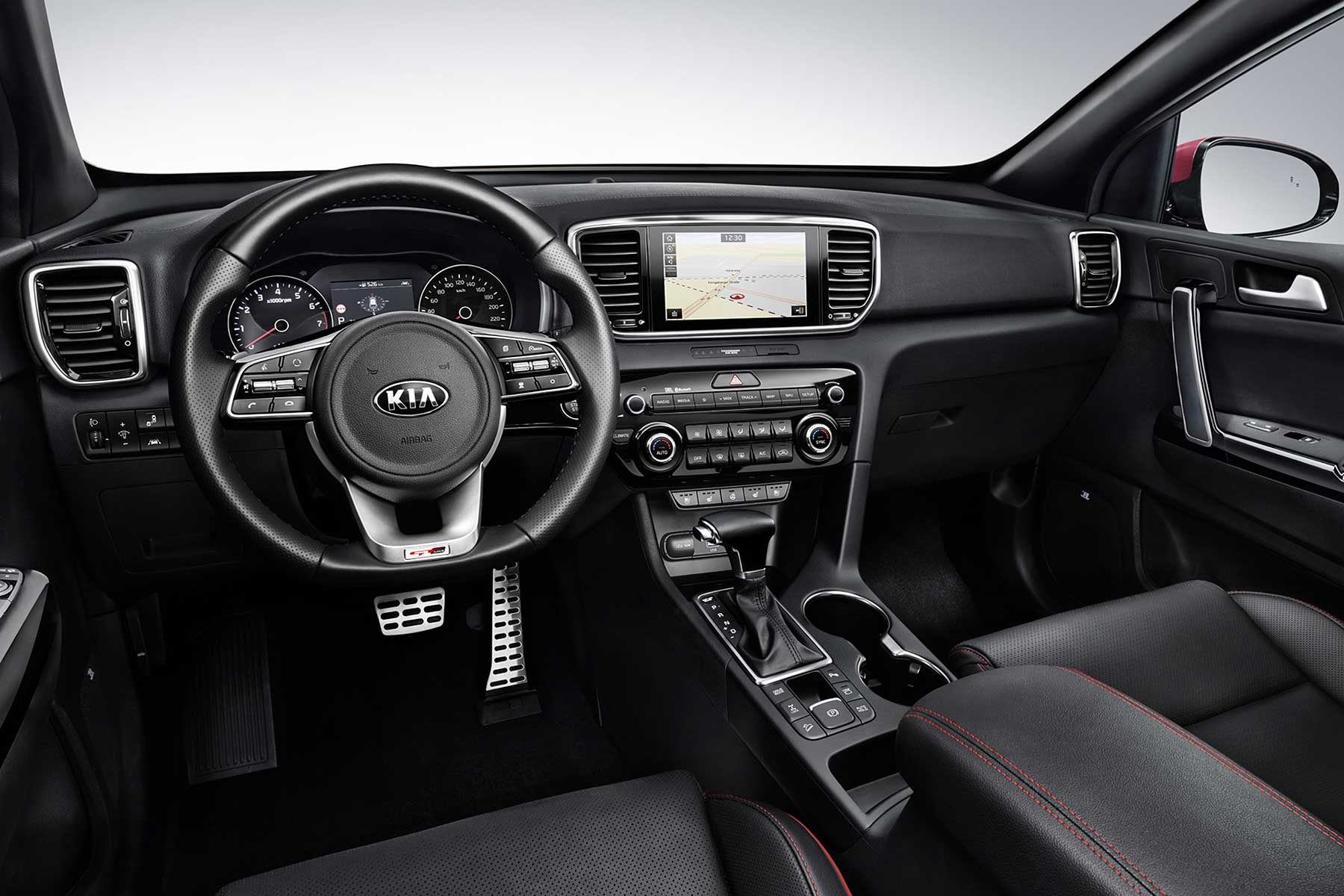 Inside, Kia has fitted a new steering wheel and instrument cluster, updated the upholstery and, again for GT-Line cars, launched a choice of either black and grey two-tone leather seats, or black leather with red accents. New infotainment systems comprise either a 7.0-inch touchscreen system or a slicker-looking ‘frameless’ 8.0-inch setup.

That’s the stuff you can see. Beneath the surface, much more has changed. Indeed, there’s an entirely new diesel engine in the model people buy most of: the 1.7-litre CRDi is no more, with Kia’s new 1.6-litre CRDI ‘U3’ powerplant replacing it.

Kia says this is the cleanest diesel it’s ever made. It’s offered in either 115hp or 136hp guise, with the more potent model offering all-wheel drive and a seven-speed dual-clutch gearbox alongside the standard front-drive six-speed manual model. 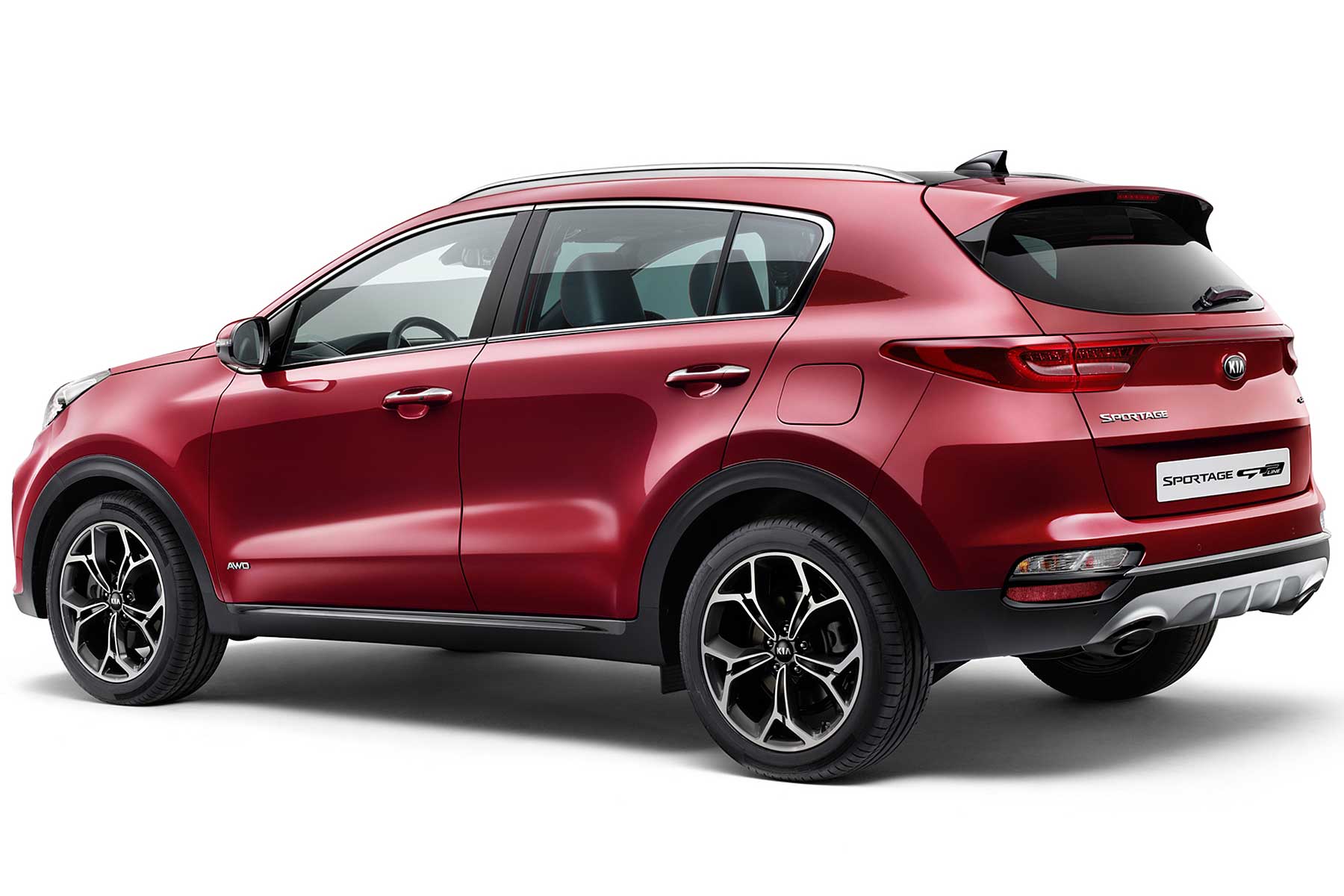 The headliner is the new EcoDynamics+ 2.0-litre ‘R’ diesel mild hybrid. This uses a 48-volt battery to extend the engine-off time, and make restarts almost seamless thanks to an integrated mild hybrid starter-generator unit. Kia says that, under the new WLTP fuel economy test regime that all new Sportage comply with, CO2 emissions are reduced by a decent-sounding 4 percent.

Last year, Kia sold 131,000 Sportage across Europe, accounting for 1 in 4 of its sales. It delivered nearly 40,000 in the UK, which is a third of its volume. Dealers will be watching confirmed prices and launch details with interest then, ahead of the car’s British roll-out in autumn 2018.

In the meantime, if you can’t wait, be sure to get a good deal on the current model: how does 4.9 percent APR and a £1,500 finance deposit contribution sound for starters?