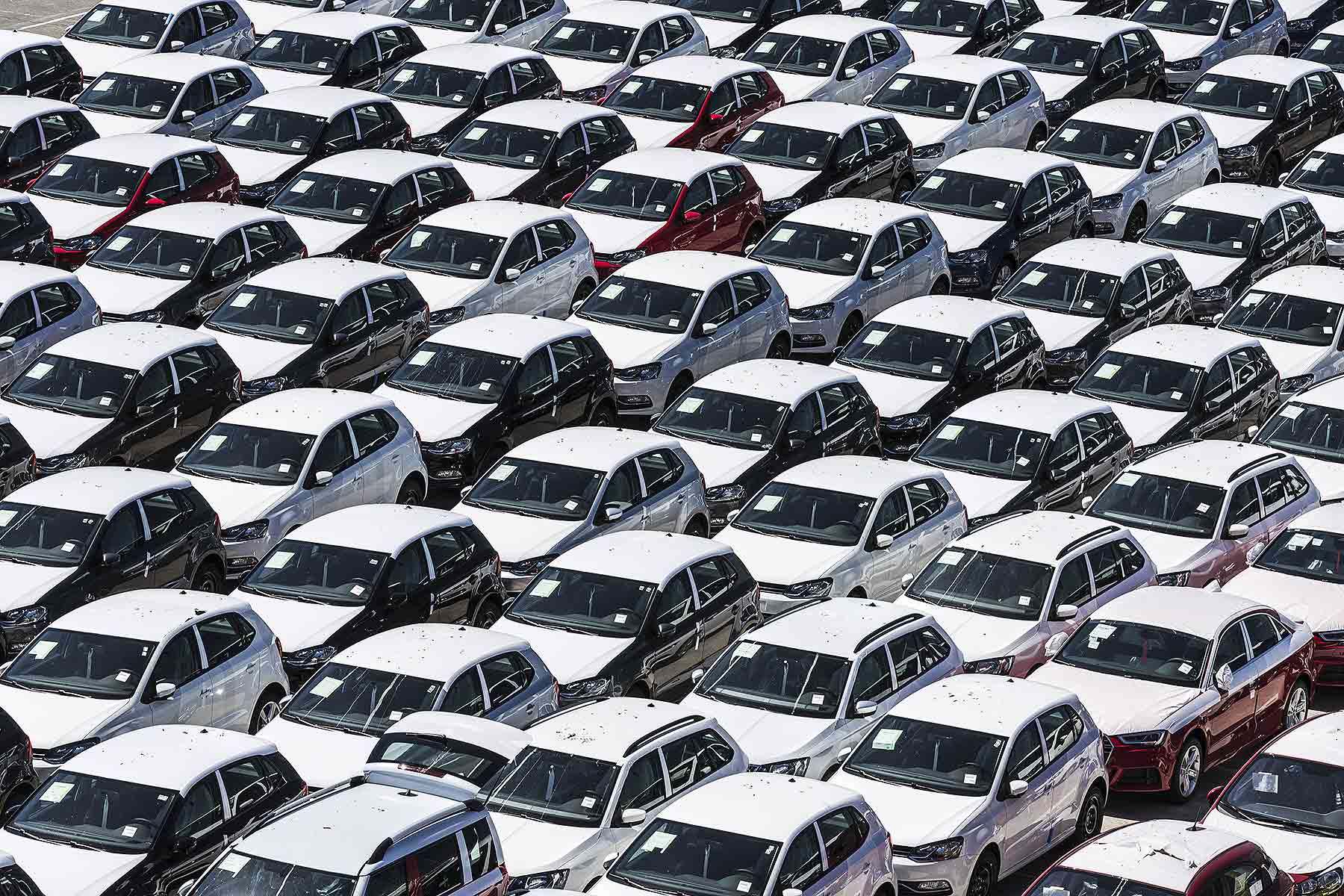 The European new car market experienced modest growth in 2017, reveal latest figures from JATO Dynamics – and would have been better still if it weren’t for the declining UK market and a fast-growing distaste for diesel cars.

Overall, 15.57 million cars were sold in Europe last year, a 3.1 percent increase on 2016. Thank Southern and Eastern Europe for this: the UK, in contrast, remains a “concern” and dragged down the otherwise-solid overall results. Britain is, remember, Europe’s second-largest new car market, behind Germany.

Other trends were more universal. Just as in Britain, diesel market share fell by 7.9 percent (and a whopping 20.5 percent in December 2017): across Europe, it’s down to 43.7 percent, the lowest in a decade. Europe, don’t forget, is the world’s leading market for diesel cars. If the declines here continue, the fuel’s entire future may soon be in doubt.

Petrol sales were boosted as a result – 760,000 more of them (growth of almost 11 percent) were sold in the EU last year. But that’s nothing compared to the growth of SUVs. 4.56 million were registered in Europe last year, almost a 20 percent rise on 2016.

As for alternative fuel cars such as hybrids, plug-in hybrids and EVs, they were up 46 percent, to take 4.8 percent of the overall European market.

Along with the headline numbers, Europe’s favourite new cars of 2017 have been revealed. Using data supplied by JATO Dynamics, we run through the top 25 best-selling cars in Europe, along with figures that tell us if the cars are on the up or on the way down. The data is presented in reverse order. 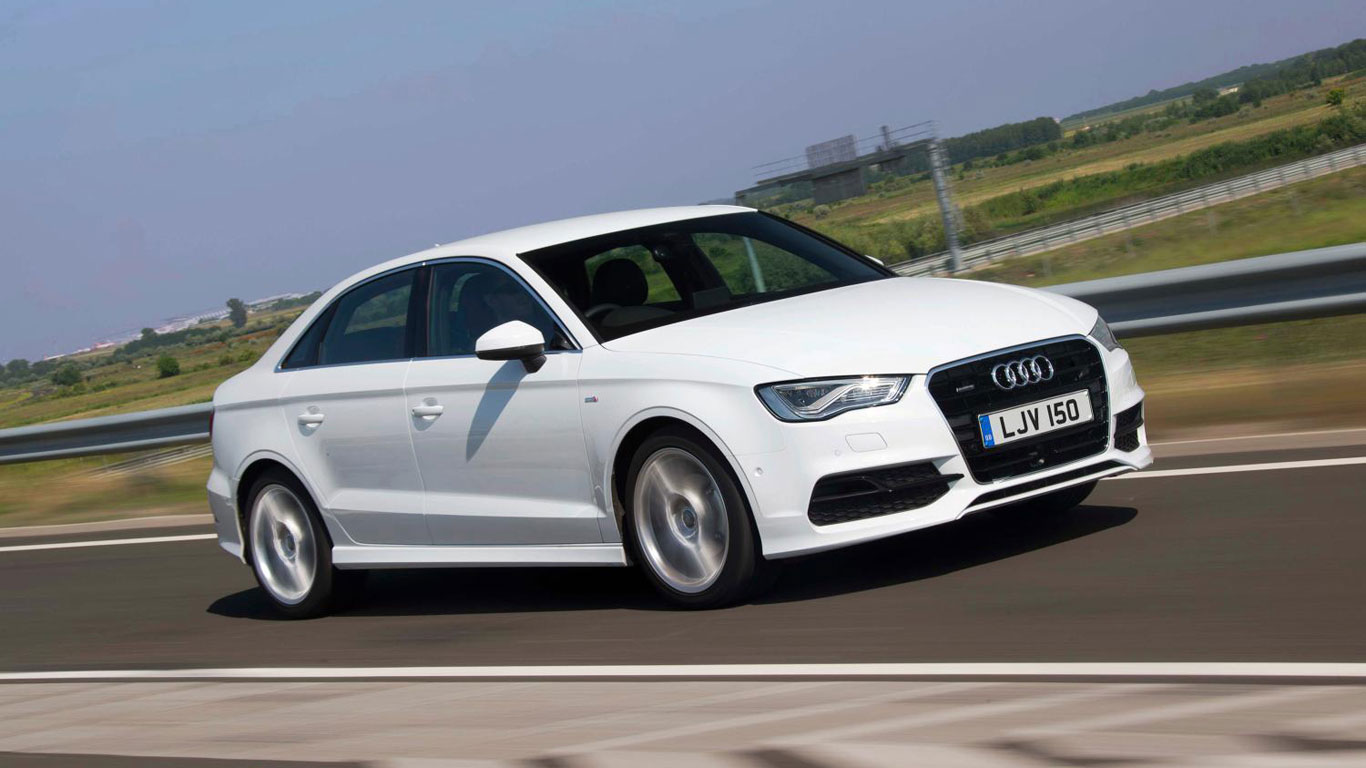 A3 registrations were down 13.9 percent in 2016, but Audi’s volume hero just manages to hold on to a place in the top 25. A new-generation A3 will arrive in 2019, with Audi confirming that the three-door variant will be axed from the range.

We’re not going to pretend that this is anything other than a list of cars you’ll probably see on your European travels in 2018, but there are some genuinely impressive figures. Take the Peugeot 3008, which has seen registrations increase by 554.9 percent. Having an all-new and much improved model certainly helps.

The current Renault Megane arrived in 2016 as a long-overdue replacement for the ageing Mk3 Megane. The coupe and cabriolet versions are long gone, but you can still buy the five-door hatchback and Sport Tourer estate models in the UK, along with a four-door saloon in other European markets. The Renault Sport version will finally join the range in 2018.

The PSA Group has plans to make Vauxhall and Opel profitable, and cars like the Mokka X – along with the smaller Crossland X and larger Grandland X models – will be key to that success. In the UK, the Mokka X is priced from £19,000, but you’ll pay £27,000 for the Ultimate model.

The Mercedes-Benz C-Class was the ninth most popular car in the UK in 2017, and the 21st across the whole of Europe. It’s a terrific result for a car with a premium badge and in a segment supposedly struggling in the wake of the continued rise of the crossover and SUV. 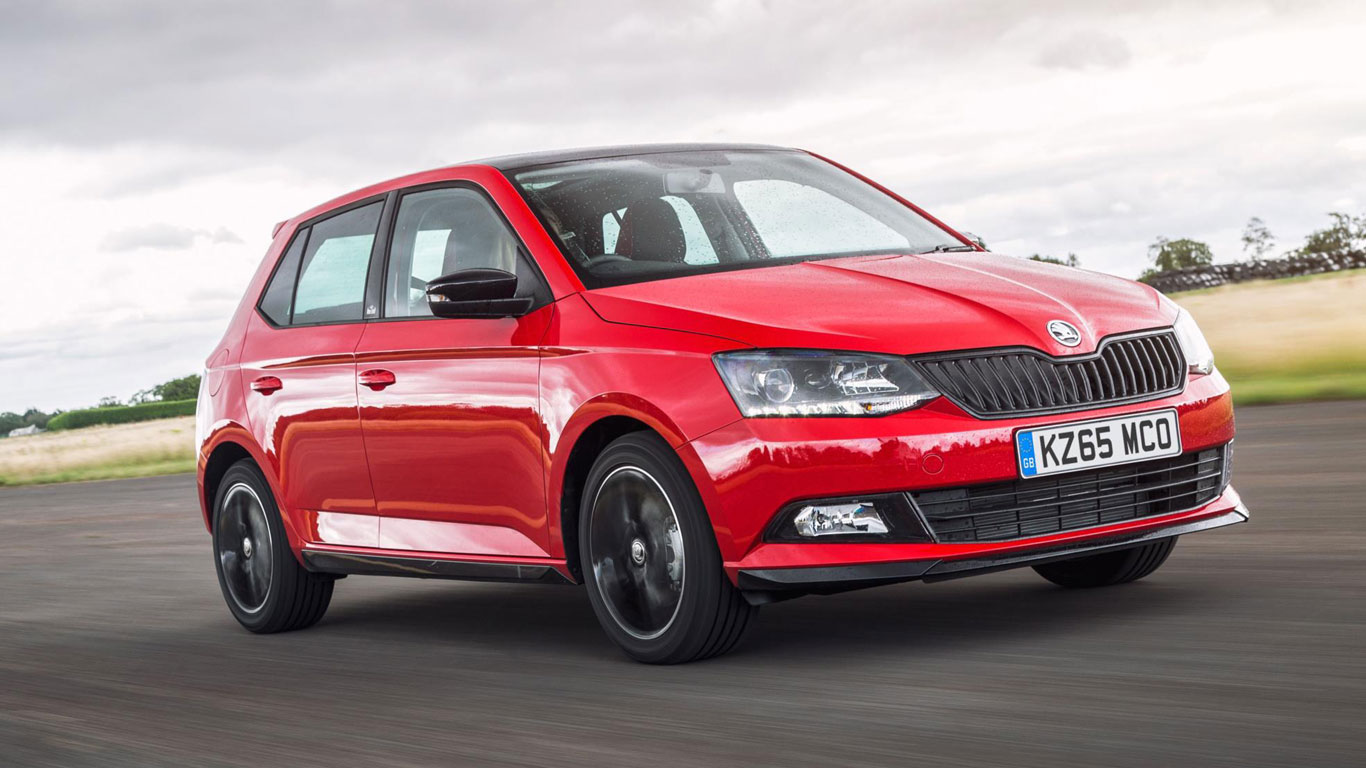 Skoda will unveil a new Fabia at the 2017 Geneva Motor Show, but the outgoing model continues to put on a good show of strength. Since 1999, more than four million Fabias have been sold worldwide, with the current model accumulating sales in excess of 500,000. Amazingly, it’s not even Skoda’s most popular car.

Sales of the Volkswagen Passat are on the decline, which is hardly surprising for a car that dates back to 2014 in Europe. Volkswagen’s SUV offensive might also play a part, with the German manufacturer offering no fewer than four models, namely the T-Roc, Tiguan, Tiguan Allspace and Touareg. In this company the Passat feels so last year.

Of all the cars in the top 25, the Fiat Panda is the one in need of a refresh. Amazingly, the current model dates back to the 2011 Frankfurt Motor Show, although we should see a facelift in 2018. For now, the Panda continues to punch above its weight, especially in Italy, where it has been the best-selling vehicle for six years in a row.

Meanwhile, the Fiat 500 is the fourth best-seller in Italy and the 16th in Europe as a whole. The popular city car was given a facelift in 2017, which has played a part in a small but significant increase in registrations. 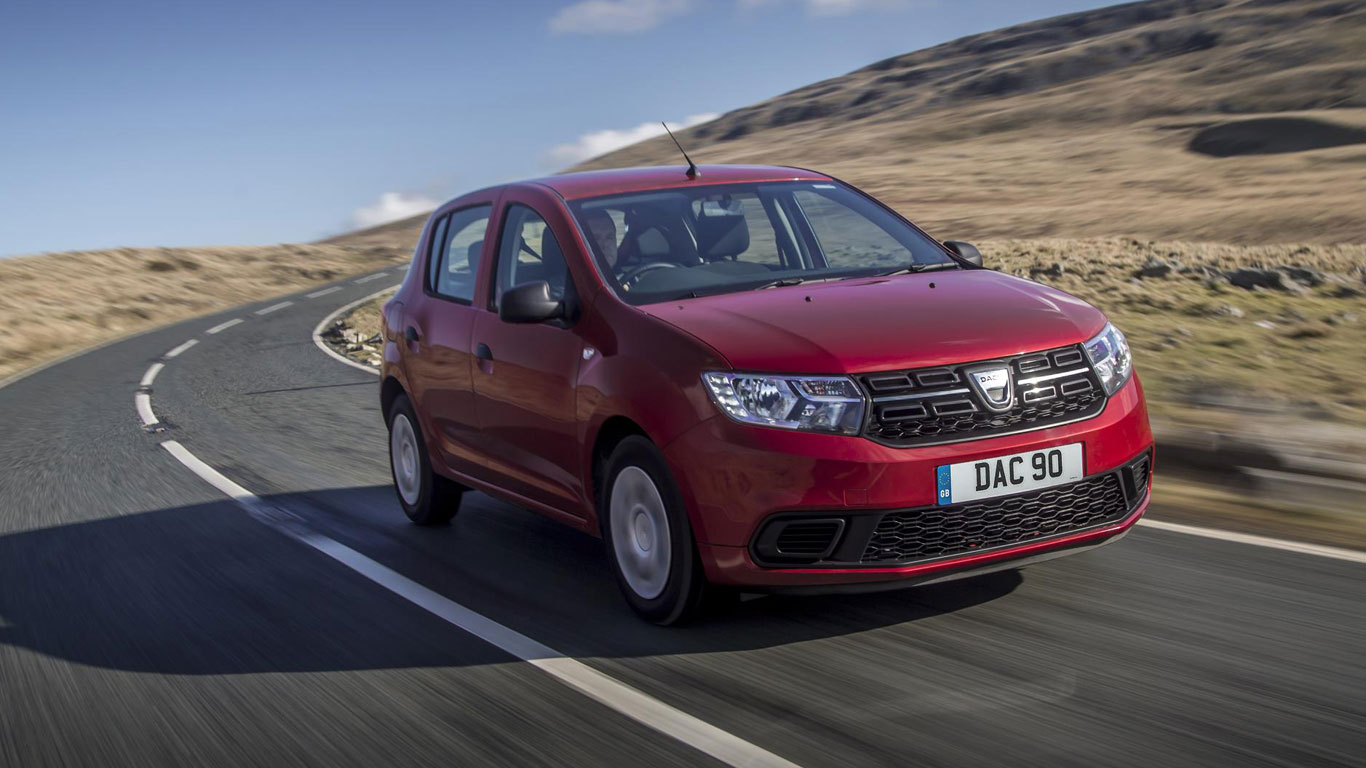 Good news: Dacia Sandero registrations are up 15.6 percent, which is proof that Europeans love a good deal. The Sandero was given a facelift at the tail end of 2016, but the headline price of £5,995 remains.

In 2017, the Toyota Yaris was awarded a maximum five-star Euro NCAP safety rating, scoring 83 percent for adult occupant safety and 80 percent for child safety. Registrations fell just short of the 200,000 mark, but were up 3.1 percent year-on-year.

The new Citroen C3 arrived in UK showrooms in January 2017, so it had a full year to accumulate strong sales. It hasn’t disappointed, with registrations up 54.2 percent, which is the second highest figure in the top 25. Sales in 2018 will be bolstered by the arrival of the C3 Aircross.

It’s not great news for the Renault Captur, which records a 1.8 percent fall in registrations. That said, it remains the best-selling B-segment SUV in Europe for the second year in a row. It’s also Renault’s best-selling car in the UK.

A new Ford Focus will be unveiled in the spring, ahead of its launch in the summer. Ford has circulated an image of a test car wearing a #TimeToFocus hashtag as it builds some hype ahead of its arrival. Sales remain strong, even with a new version just around the corner. 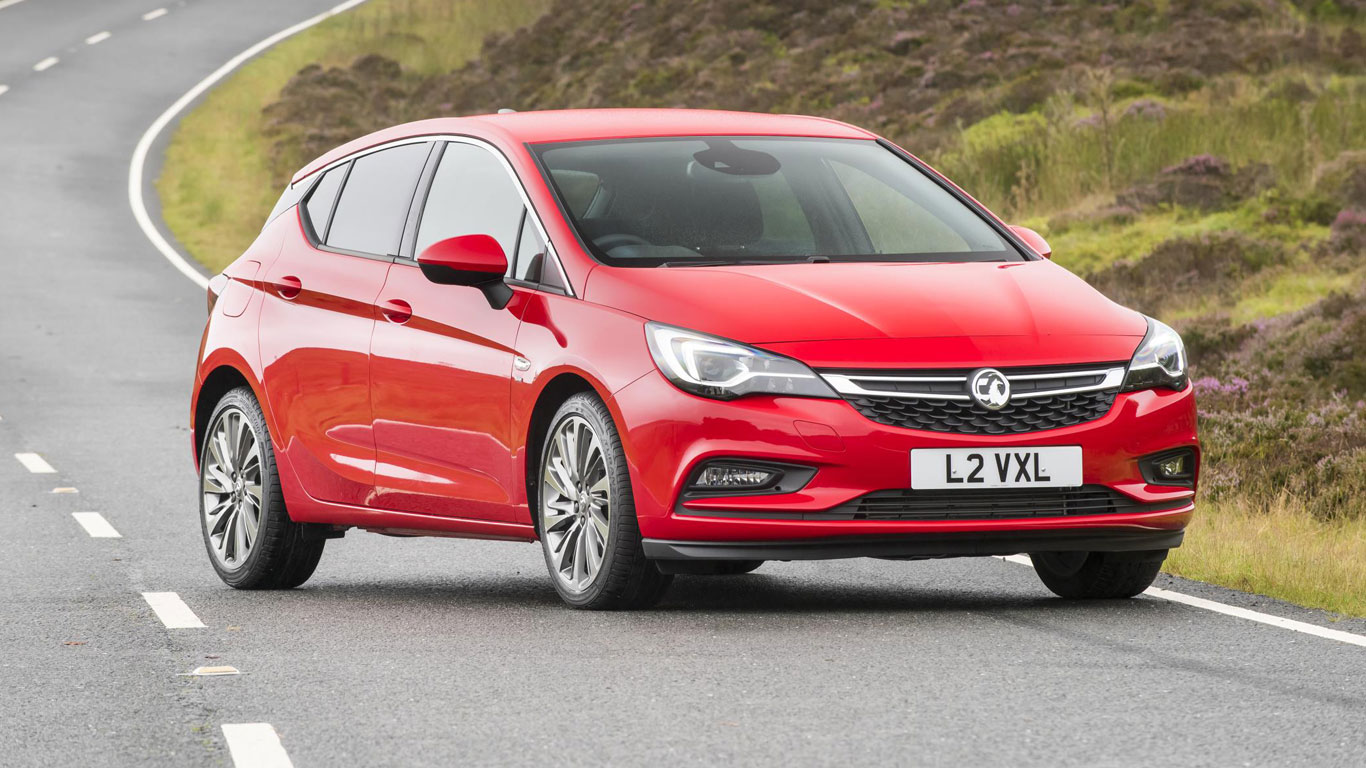 This is a miserable performance for the Astra, with registrations down 13.8 percent. It’s a thoroughly decent car, but it’s hard to see an improvement in 2018, not when a new Focus is being launched and the Volkswagen Golf continues to sell in big numbers. How long before the Astra slips below one of Vauxhall’s SUVs? 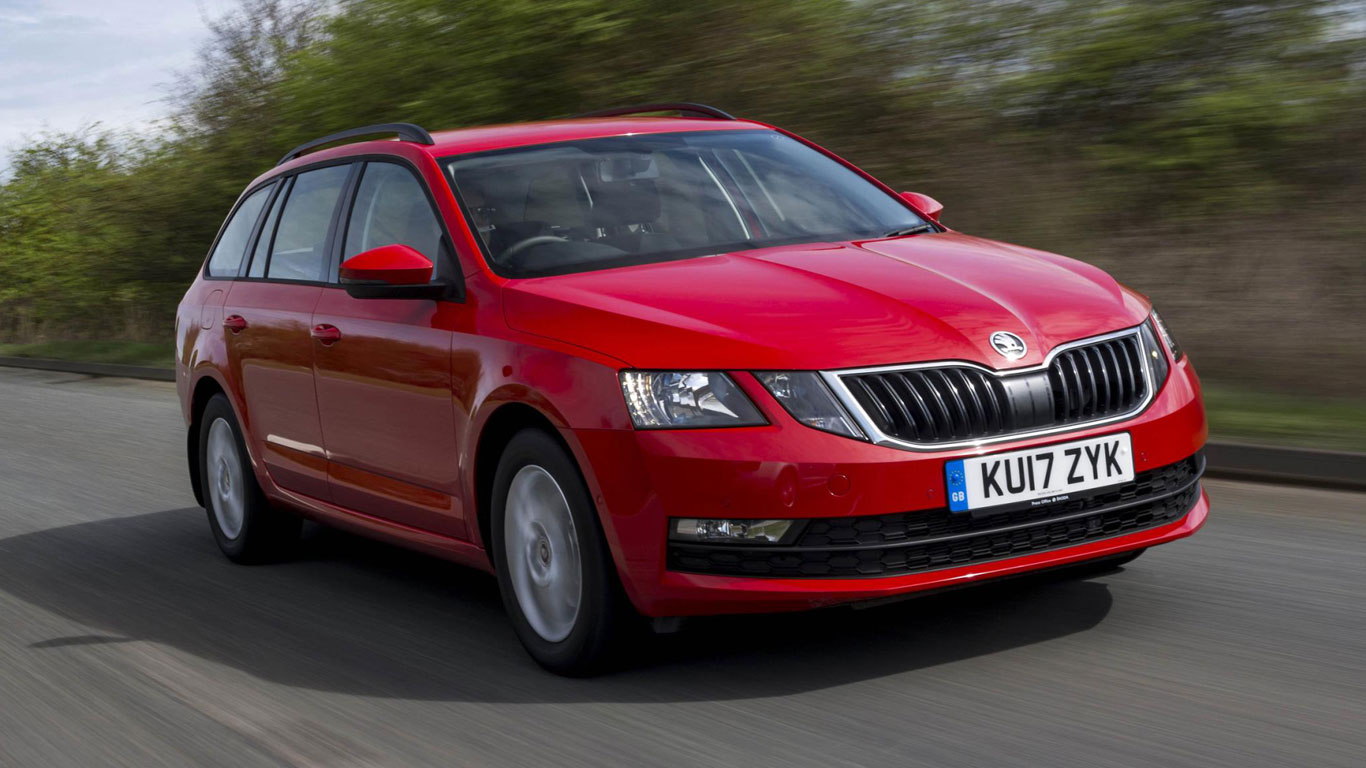 Skoda delivered more than 1.2 million vehicles worldwide in 2017, the fourth time in a row the company has sold more than one million cars in a year. China was the most successful market, with Skoda shifting 325,000 units, while the UK was the fourth best with 80,100 registrations. Octavia sales were actually down 3.9 percent globally, but up 0.5 percent in Europe. 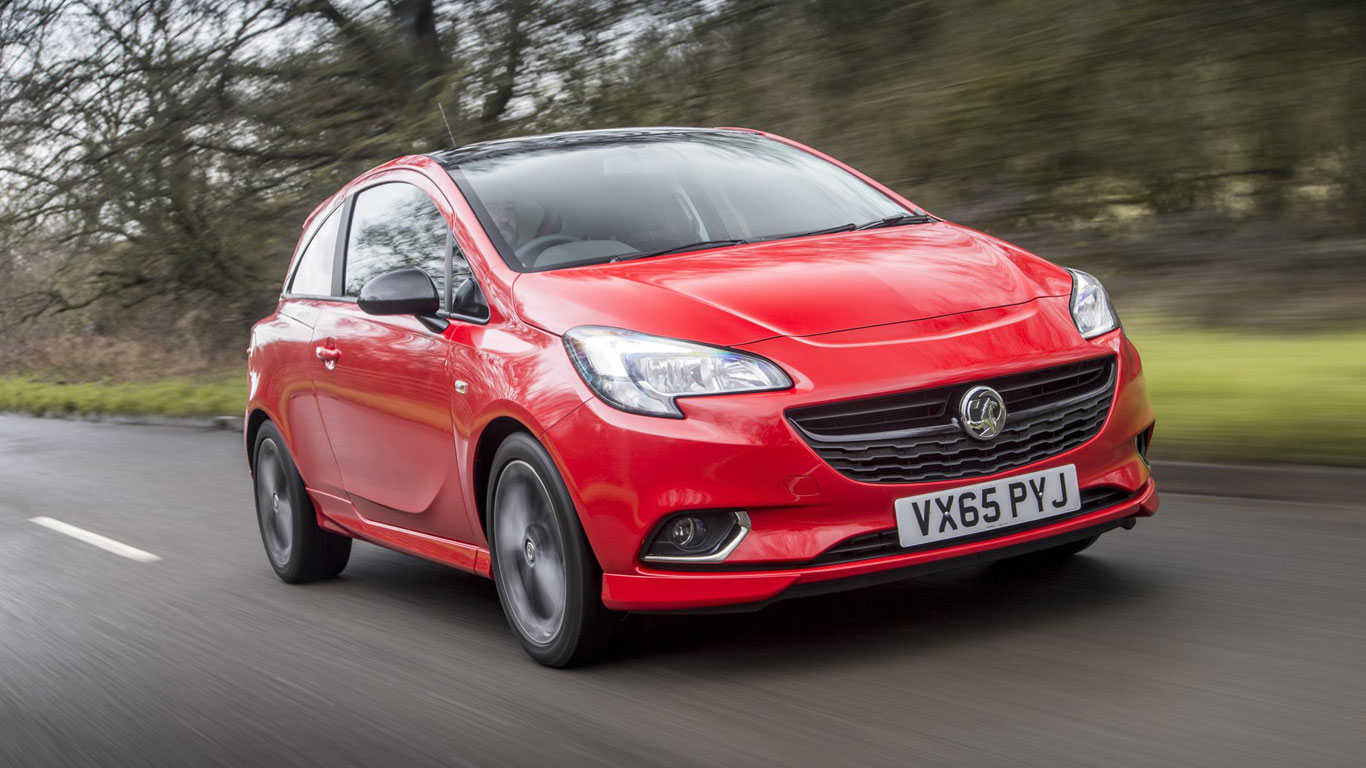 We’ve got a while to wait before the launch of the all-new Corsa in 2019, so Vauxhall’s best-seller must soldier on for another year at the very least. The arrival of the new Ford Fiesta will have focused the minds of the people in charge at PSA. 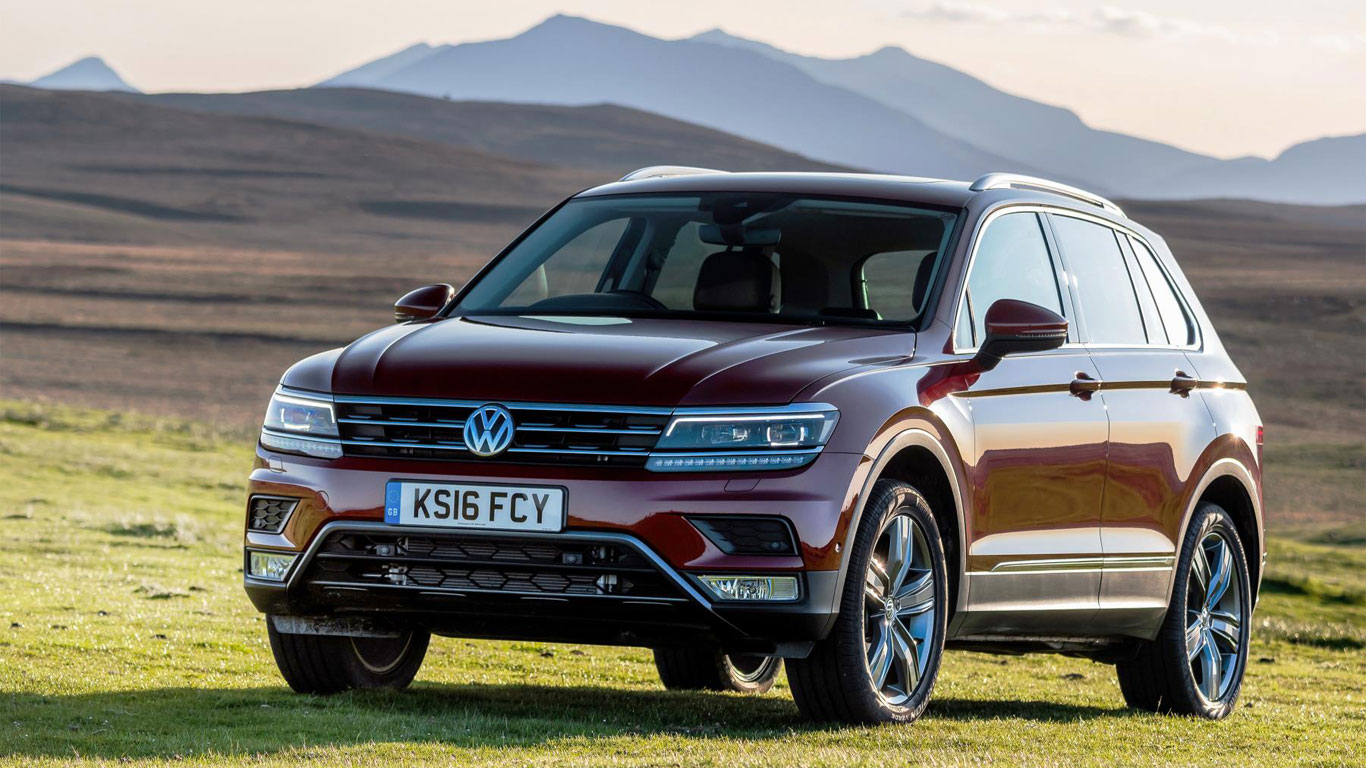 What a difference a new model can make. The launch of a new Tiguan has resulted in a 30.6 percent increase in sales for the popular Volkswagen SUV, and we suspect the arrival of the more practical Tiguan Allspace will have a positive impact on registrations in 2018. Unless it simply robs sales from the standard Tiguan. 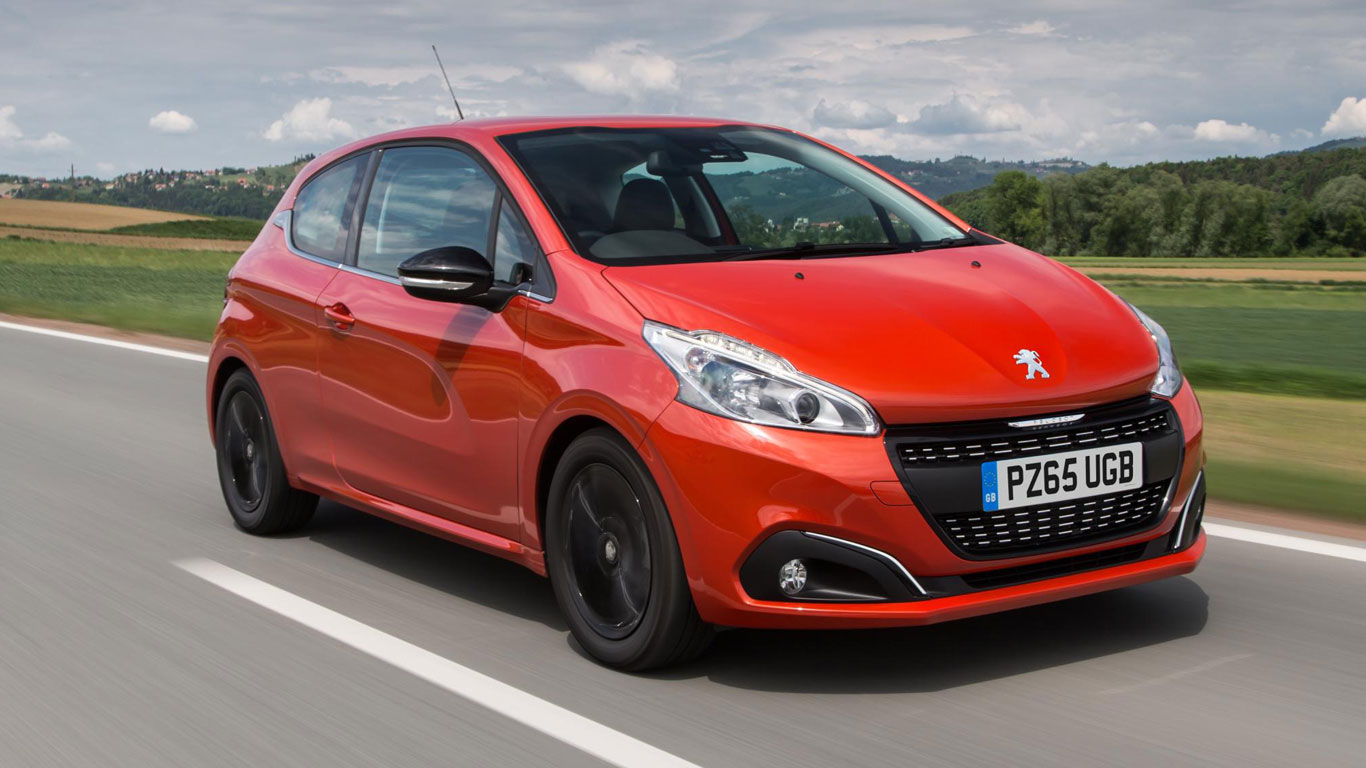 Six of the cars in the top 10 saw a fall in registrations in 2017, including the Peugeot 208, which remains the brand’s best-selling car. UK prices start from £14,630 for the three-door Active, but a number of trim levels and personalisation packs are available. 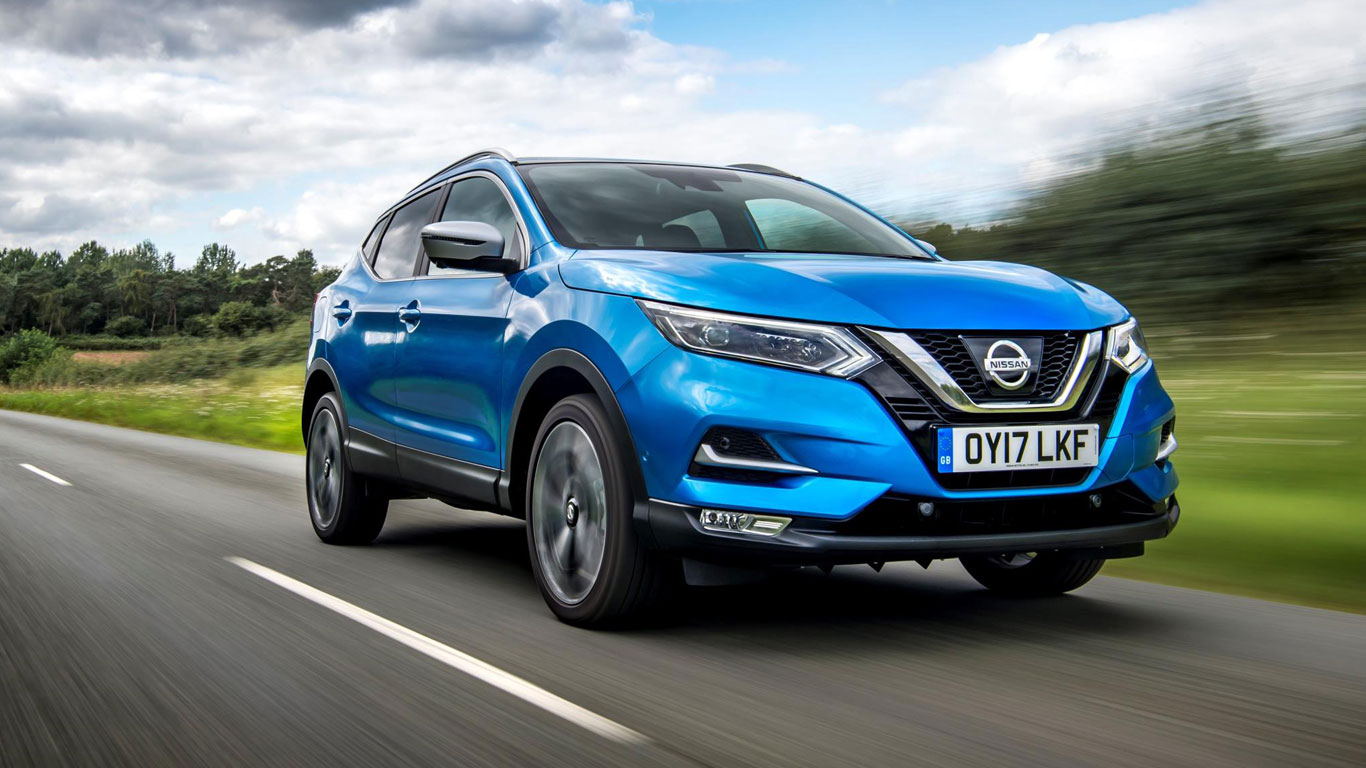 Into the top five, where we find Europe’s most popular crossover: the Nissan Qashqai. Even in the face of some fierce competition, the Qashqai goes from strength-to-strength, with registrations up 6.2 percent. 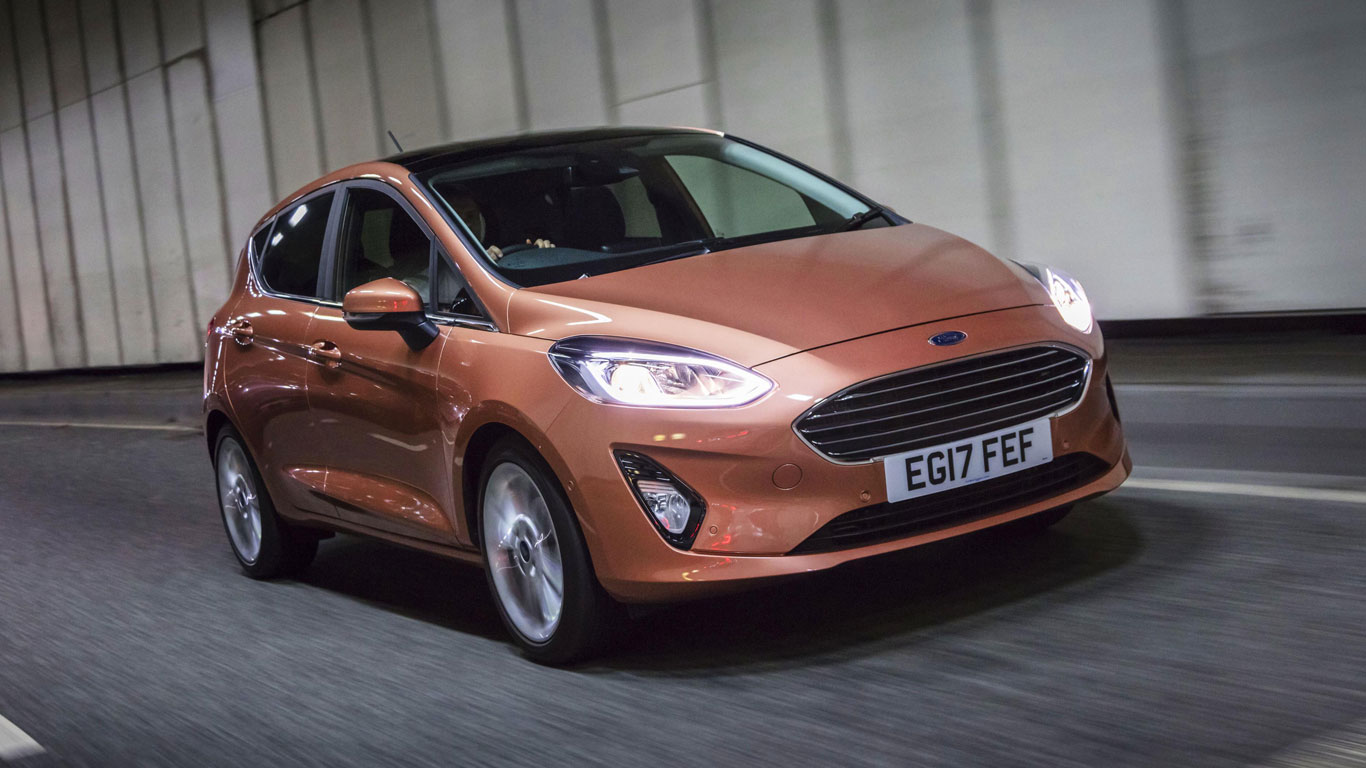 Britain’s best-selling car has to settle for fourth place in Europe, with registrations down 15 percent. The shift from the old to the new Fiesta would have played a part in the slump, so it will be interesting to see how the supermini does in 2018. 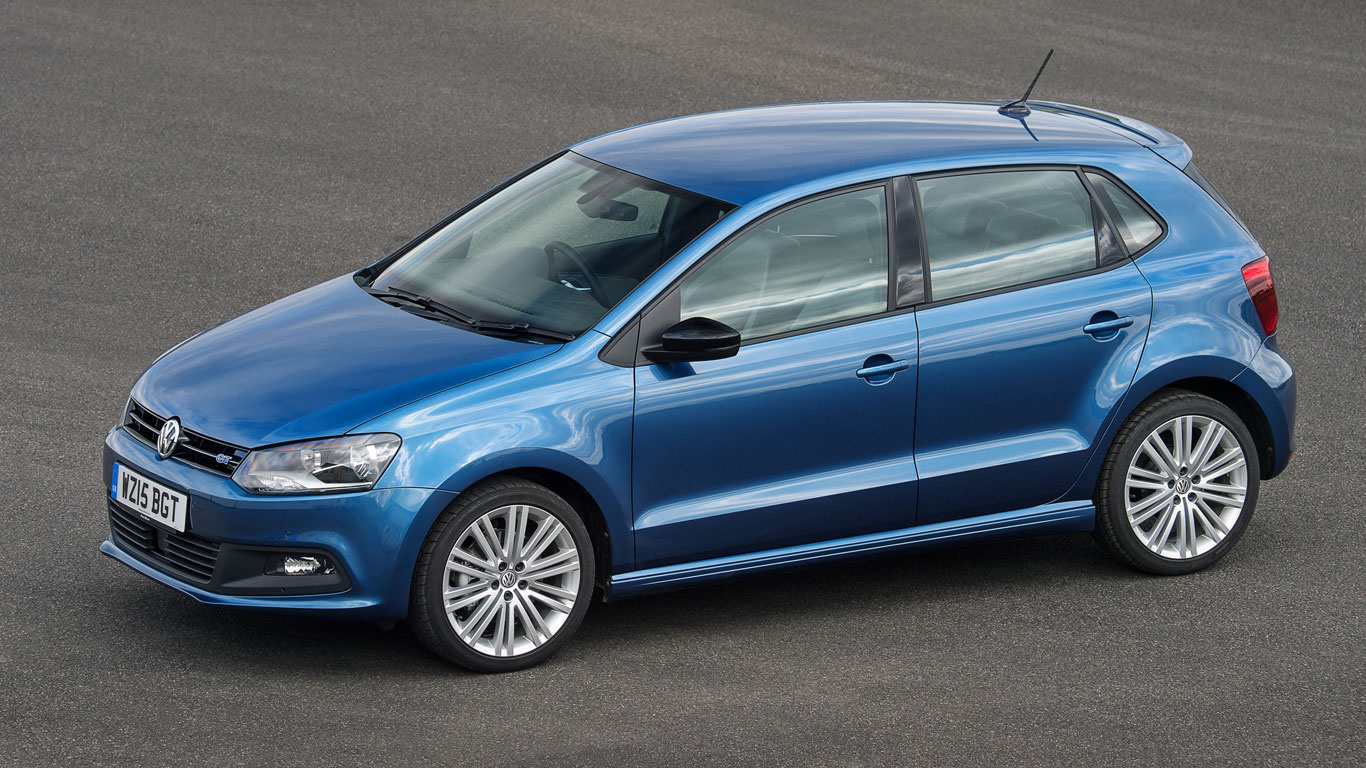 It’s no surprise to find the Volkswagen Polo on the slide, as many buyers will have been waiting for the all-new and much improved model. The new Polo is on sale now, with prices starting from £13,855. 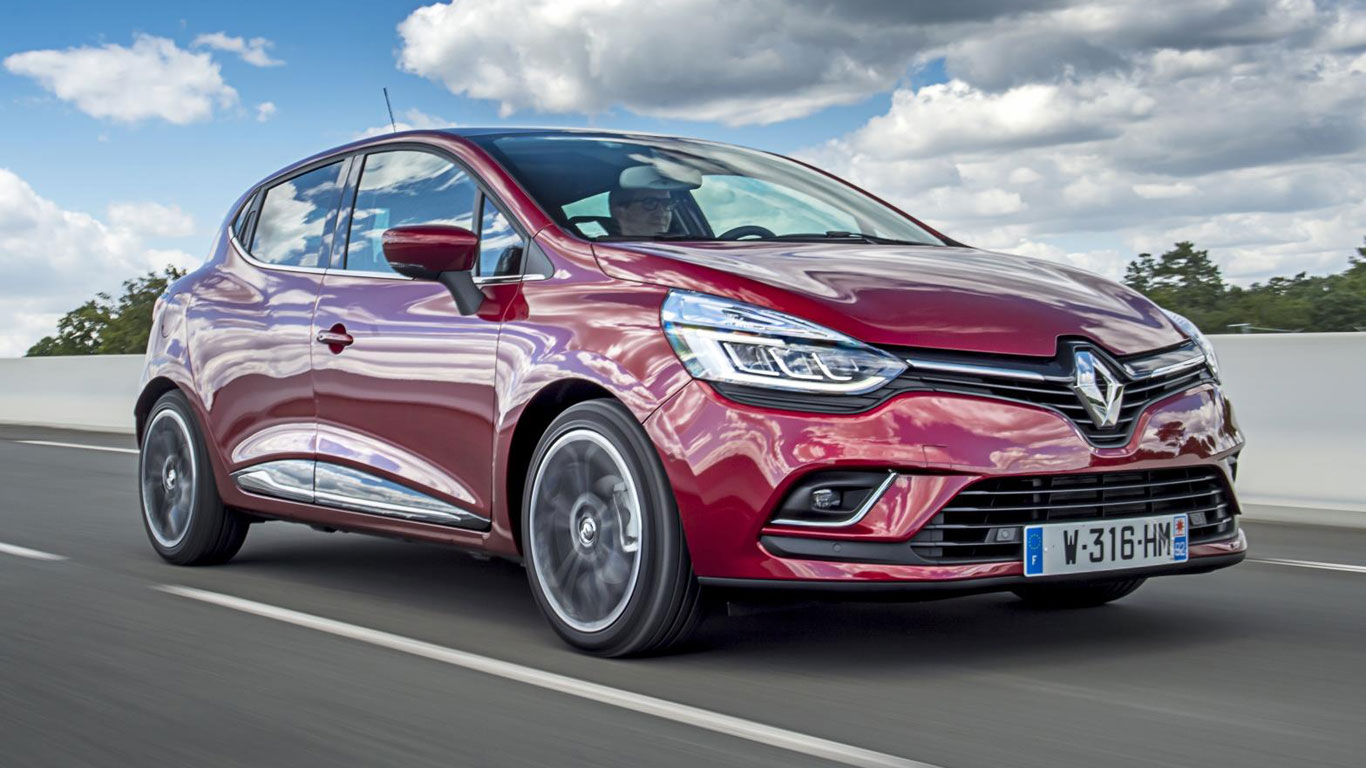 The Renault Clio didn’t even appear in the top 20 of the UK’s best-selling cars in 2017, so it might come as a surprise to find it performing so well in the rest of Europe. According to the Best Selling Cars Blog, the Clio is the best-seller in France for the 19th time in the past 26 years. It has been number one for seven years in a row, which is the longest run since the Renault 5 in the 70s and 80s. Go Clio! 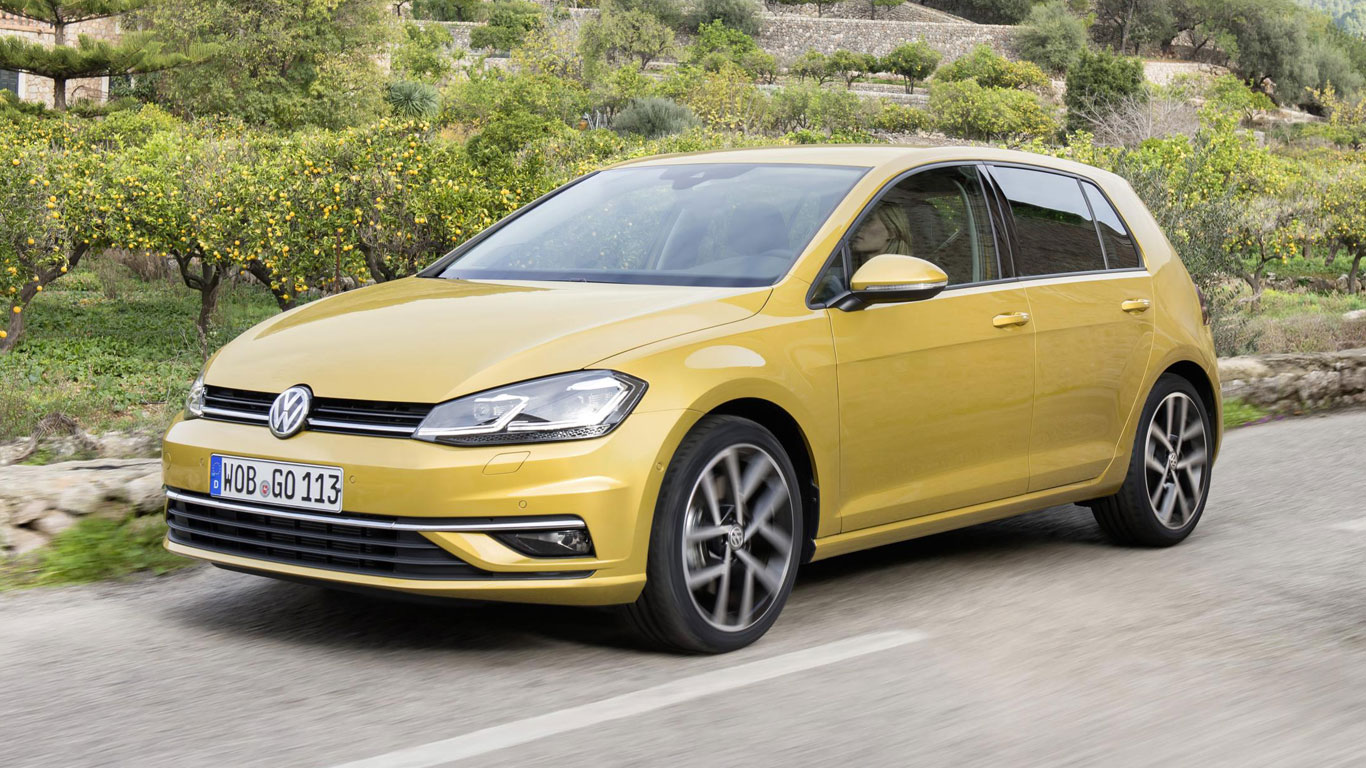 But the runaway leader, by a country mile, is the Volkswagen Golf. Even with a slight downturn in registrations, the Golf is some 155,000 units stronger than the Clio, and it’s hard to see anything dethroning the evergreen Volkswagen in 2018.