Britain’s favourite new cars of 2017 have been revealed. The sales chart contains an intriguing mix of familiar favourites and newer upstarts, as the changing face of popular motoring in Britain is exposed.

We Brits still love our superminis and family hatchbacks, it seems, but the new car sales charts also reveal our increasing love of crossover SUVs and premium-badged cars – at the surprising expense of some former family favourites…

First, the bad news: overall new car sales fell in 2017, for the first time in six years. Overall, around 2.5 million new cars were sold, a decline of 5.7 percent. A lack of confidence from car buyers is behind it, caused by factors such as Brexit and the general election surprise.

There was also a significant fall in sales of new diesel cars. Buyers are shunning them because of exhaust emissions concerns and worries over possible future anti-diesel car penalties. As a result, petrol cars and, increasingly, electric cars and hybrids are picking up sales as a result.

So without further ado, here’s the countdown to Britain’s top cars in 2017, as revealed by the Society of Motor Manufacturers and Traders (SMMT). And coming in at number 10… 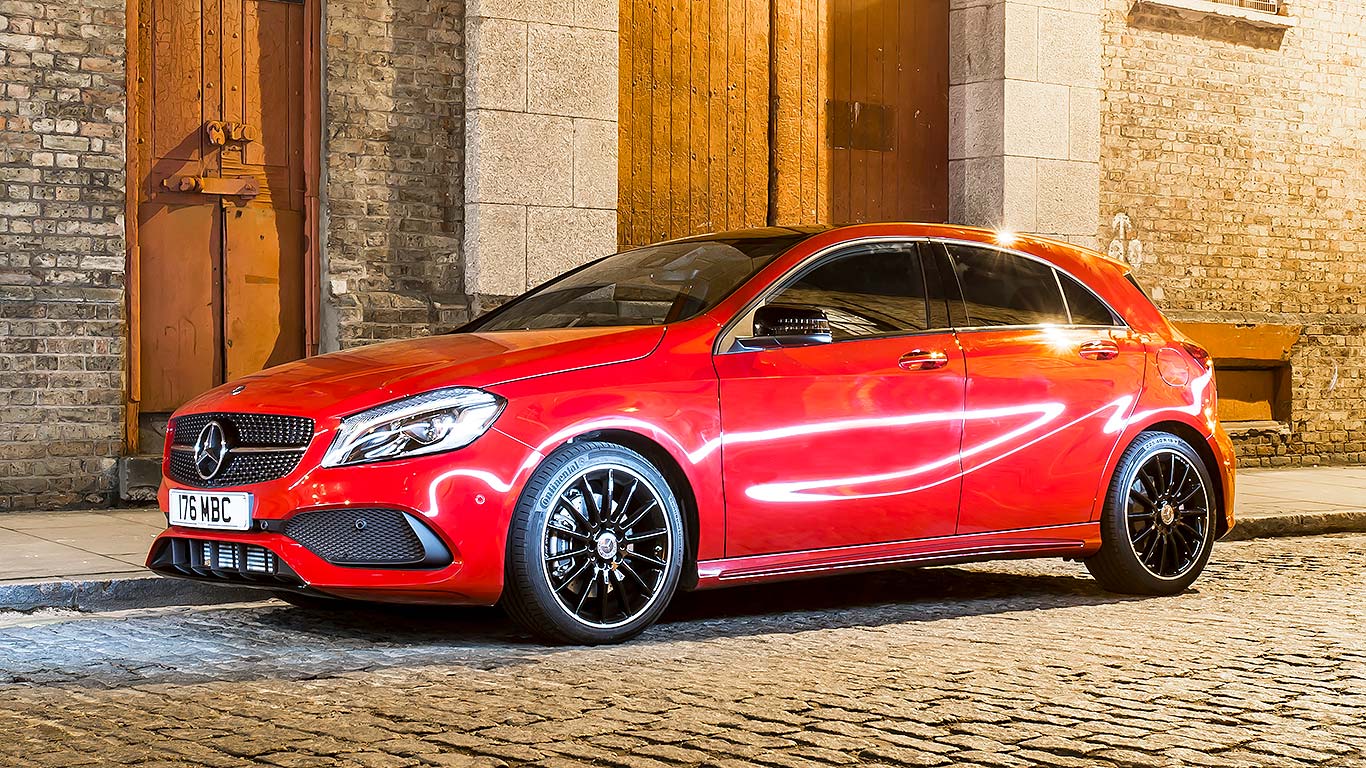 It’s a Merc double in 2017’s British new car favourites charts. The A-Class will be replaced in 2018, but this didn’t dent its popularity in 2017. Thank both the allure of the brand and some extremely competitive finance and leasing deals for that… 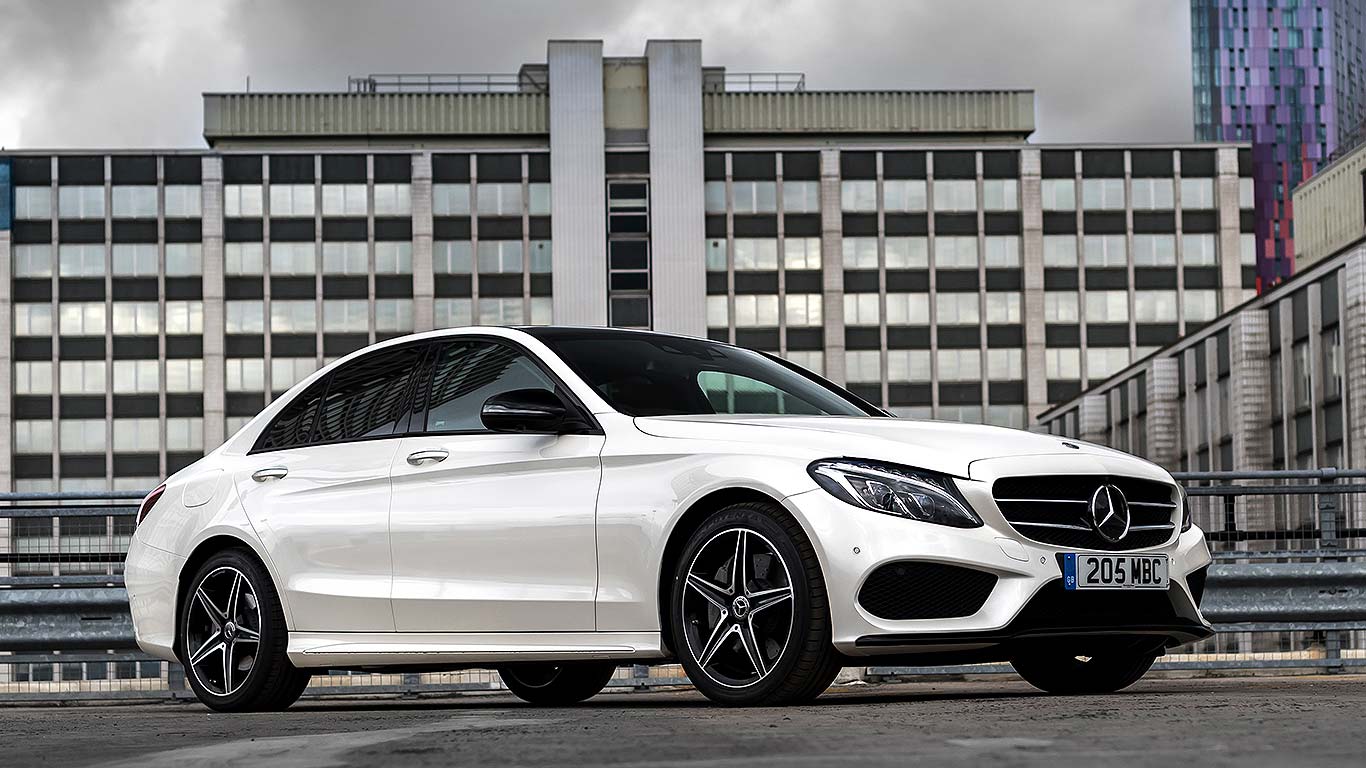 Oh Lord, won’t you buy me a Mercedes-Benz? For many, there’s no need for divine intervention, because they’re able to get their own – and Britain’s favourite Mercedes-Benz of all last year was the executive-friendly C-Class.

Merc’s BMW 3 Series challenger is a familiar sight on UK roads, particularly amongst company car drivers. There’s a new 3 Series coming in 2018 which will take the fight back to it, though: can the C-Class maintain its place as one of the UK’s 10 favourite new cars?

MINI is another regular entrant in the UK’s top 10 best-selling cars chart. Although sales volumes declined slightly overall, it still managed to outperform the market, not least thanks to a strong range of petrol engines such as the potent, economical turbo motor in the MINI Cooper. 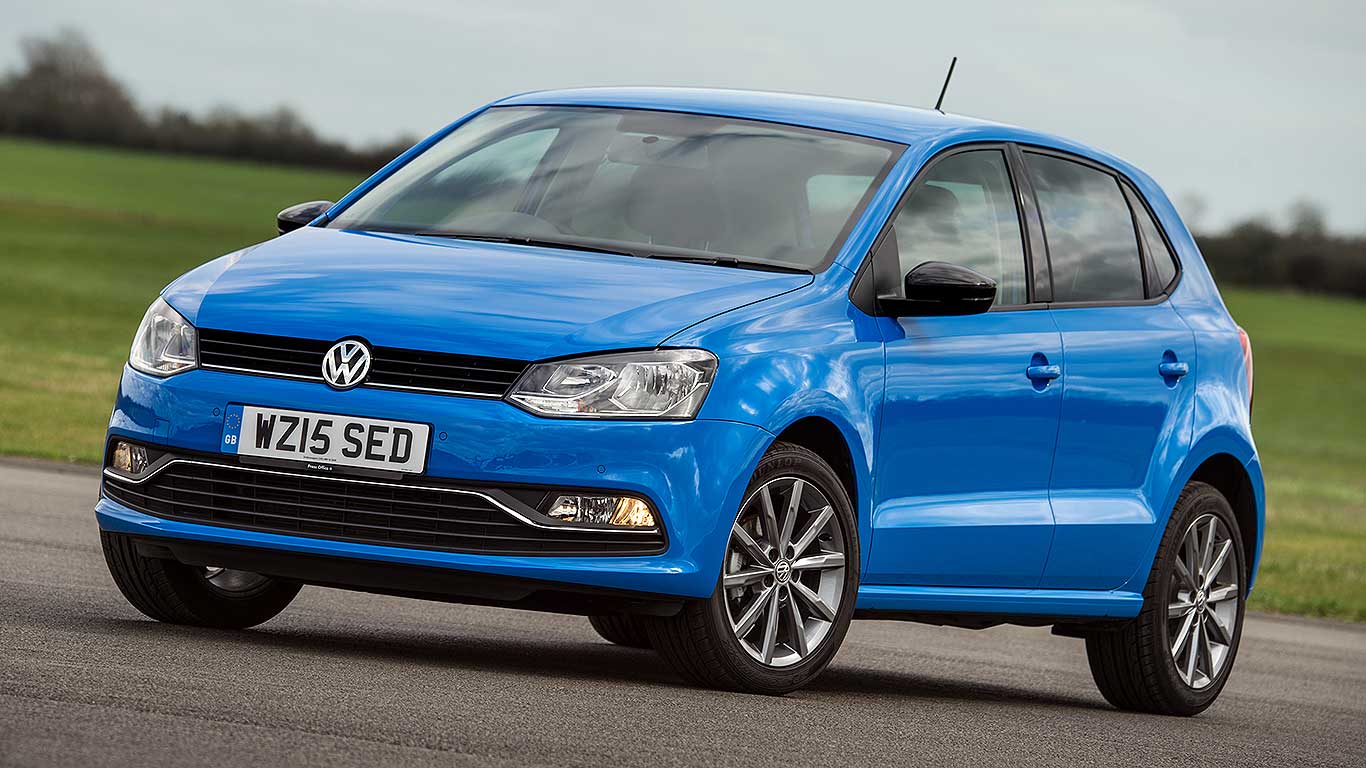 There’s a new Volkswagen Polo coming in early 2018. Normally, this should have seen sales of the old model decline, as buyers hold on for the replacement. Not so here, thanks to judicious use of some strong special offers to maintain sales of the outgoing car.

It will be interesting to see what happens in 2018, as the reportedly very able all-new Polo comes on stream.

Another Vauxhall surprise is the decline of the Astra. This able family hatchback is even built in Britain, yet still isn’t able to trade blows with its arch-rivals, the Ford Focus and Volkswagen Golf.

Again, says Vauxhall, it’s all part of a plan to boost profitability. We hope they’re right, as losing its position as Britain’s second-favourite new car brand to Volkswagen is certainly not what we were expecting from this popular volume car brand this time last year…

The decline of the ageing Vauxhall Corsa contrasts starkly with the fortunes of Ford’s fresh-faced Fiesta. Vauxhall insists it’s all part of a plan to chase profitable sales, not new car sales at any cost, but it will still be alarming for some to see the Corsa fall so far down the new car sales charts.

The core age of the car isn’t helping: the Fiesta is brand new, yet the Corsa dates back to the previous decade. A replacement is still some way off, too, so both Vauxhall and its dealer will have their work cut out to maintain even this level of interest in the Corsa through 2018. 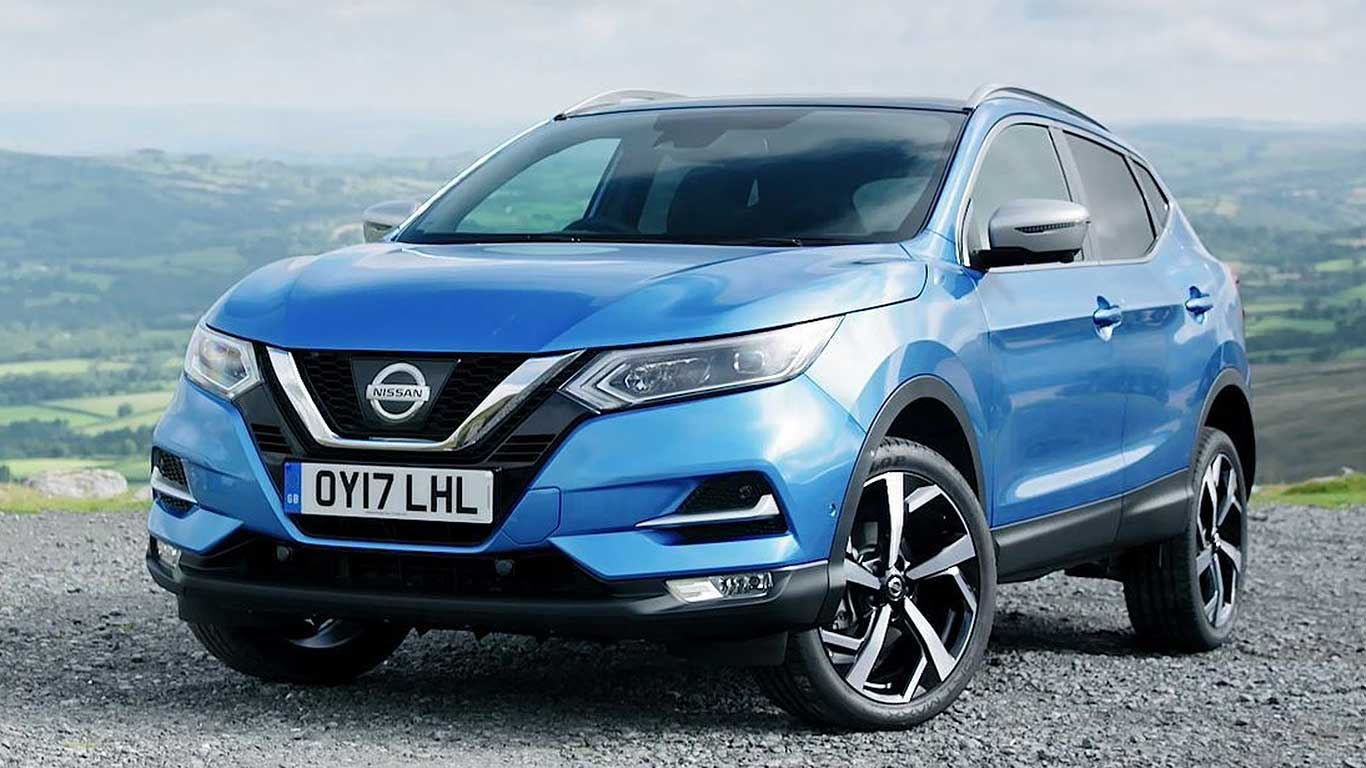 The Nissan Qashqai is built in Britain, is the model that started off the craze for crossover SUVs and, in 2017, was rewarded with a fourth place slot in the UK best-sellers charts.

The competition is growing ever-stronger, and Nissan facelifted the Qashqai last year to help it compete. Successfully so, too: it now seems the Sunderland-built Nissan is now a firm UK favourite. 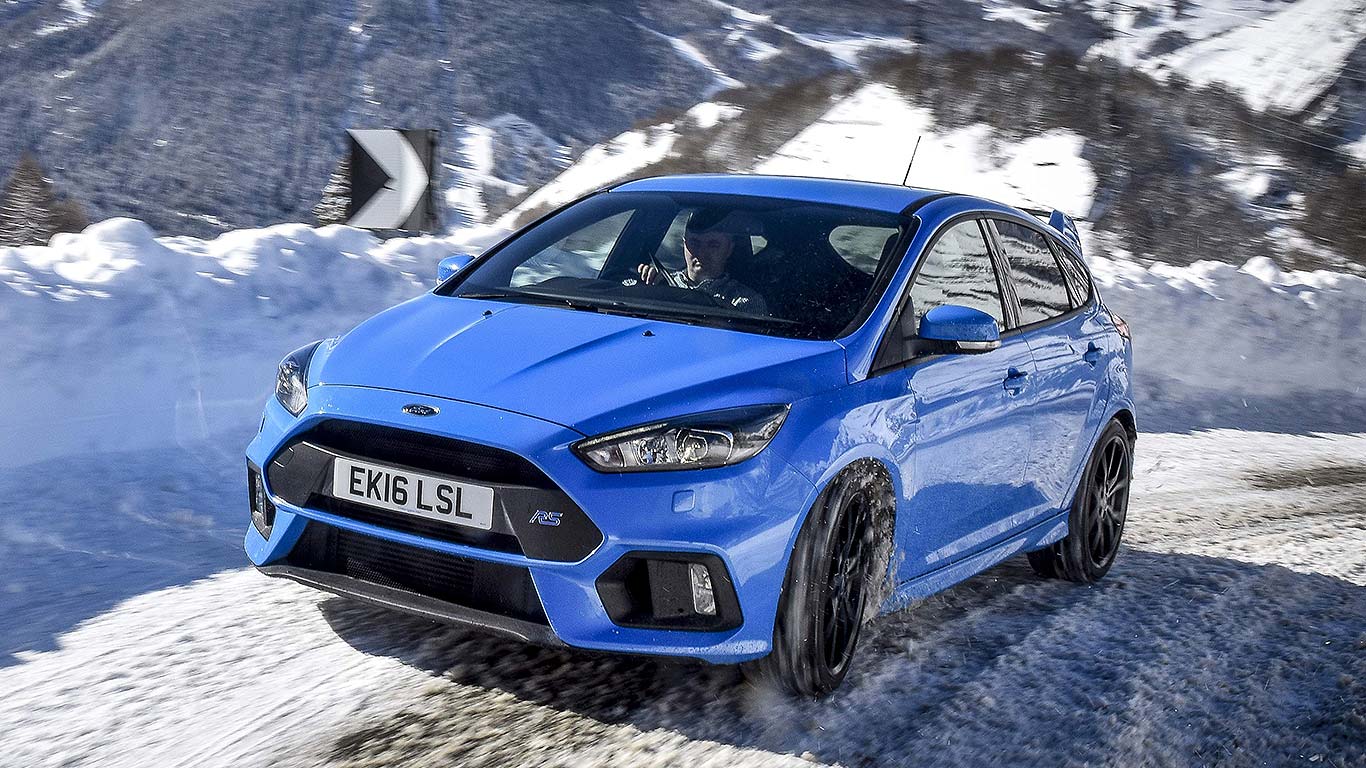 The Ford Focus family hatchback faded a little in 2017, but that’s perhaps to be expected, given its age – an all-new Focus arrives this year. Even so, despite losing a space to the VW Golf, it remained a top-three best-seller in the UK (and Britain’s best-selling car of all back in July 2017).

Even the decline of diesel sales doesn’t seem to have harmed the Focus, thanks to Ford’s excellent Ecoboost 1.0-litre engine range that, on paper, is easily as competitive as the diesel alternatives. Many new Focus sold in Britain are to fleets: Ford’s strong range of engines means switching from diesel to petrol seems to hold little fear. 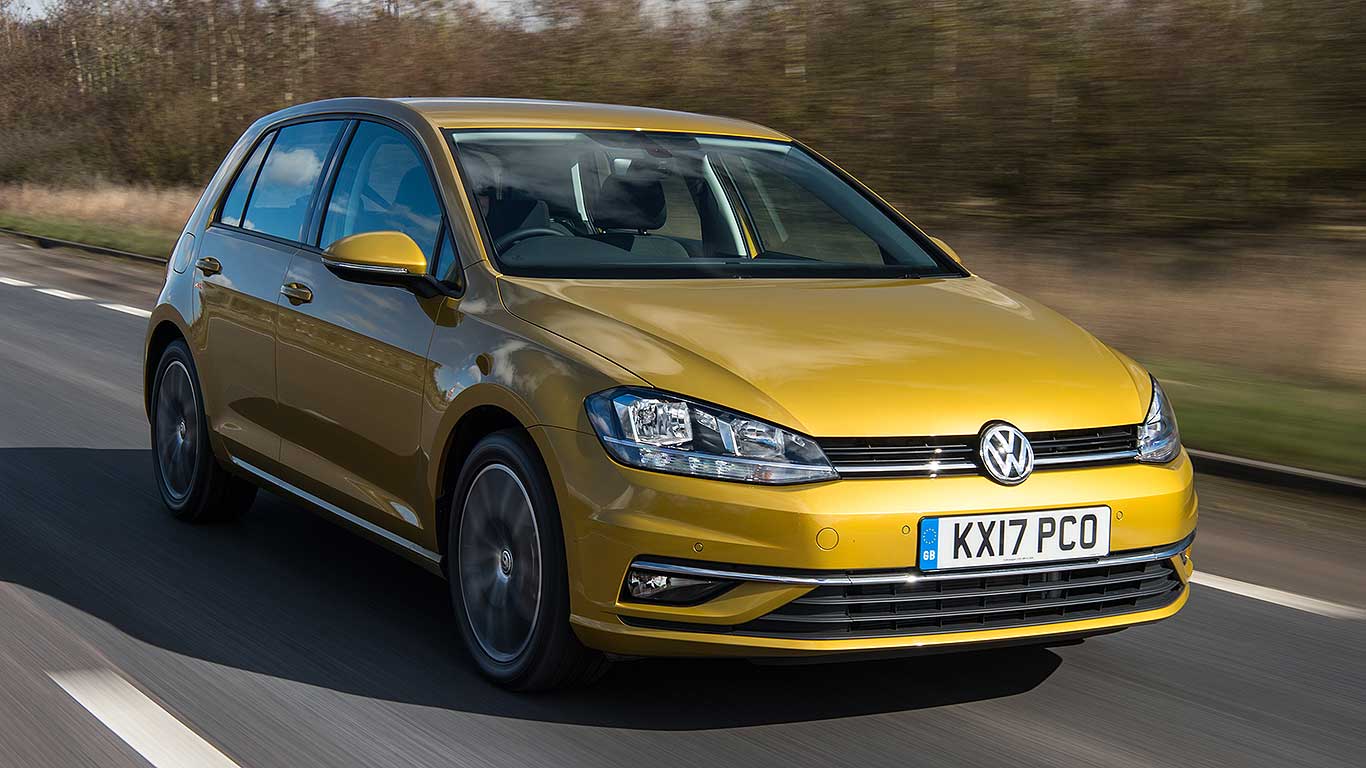 The rise of the Volkswagen Golf in 2017 is one of the big stories of the year. In June 2017, it even became the top-selling new car in Britain overall, unseating the previously unshakeable Ford Fiesta. This was partly due to delivery bottlenecks for the all-new Ford, but it still shouldn’t detract from just how well the Golf performed in 2017. 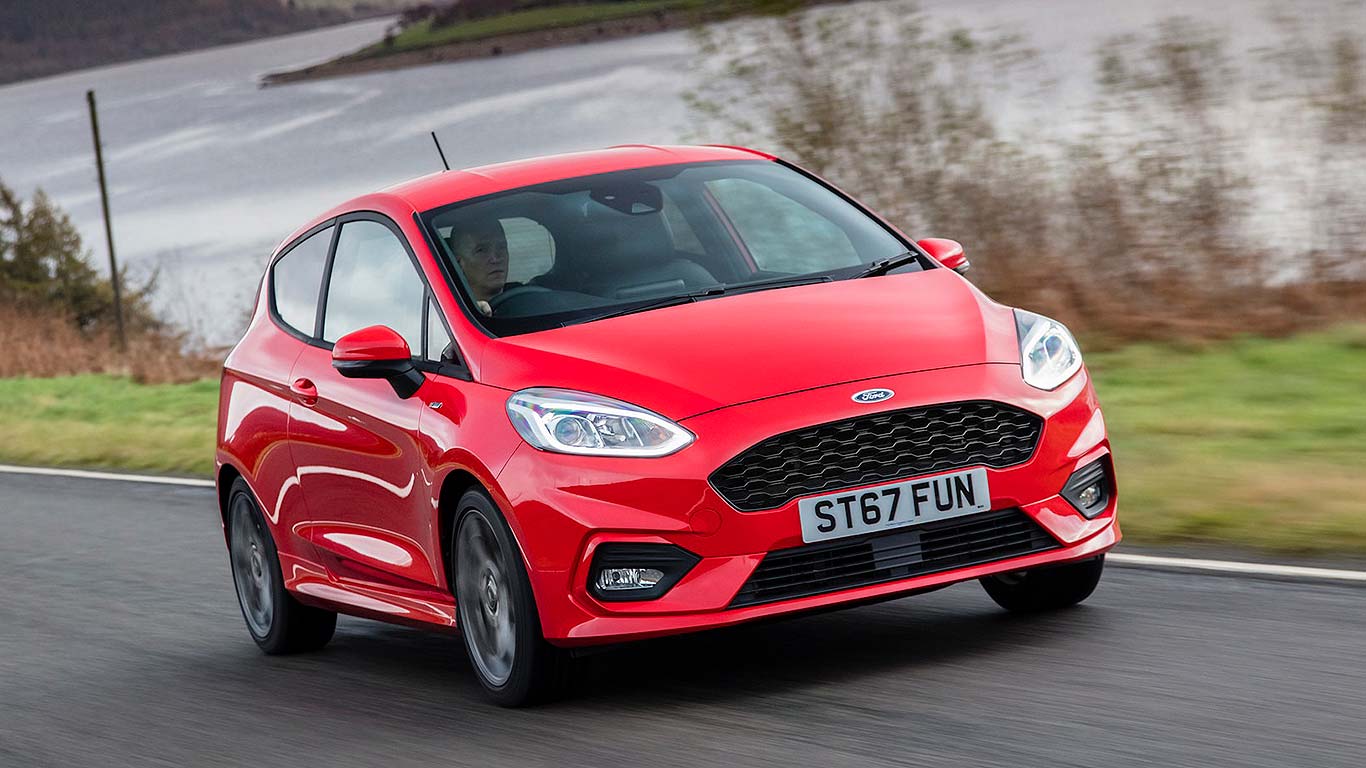 The Ford Fiesta has been Britain’s most popular new car for years, and this didn’t change in 2017 – but there was a wobble along the way. Delays in the UK roll-out of the extremely talented new model meant Ford dealers were left in limbo, and the Fiesta surprisingly fell down the sales chart while dealers waited.

Order was restored during the summer though, and the Fiesta’s back to regularly being Britain’s best-selling new car. The all-round strengths of the new car mean we don’t see this changing through 2018, either.

Aside from the overall sales decline, the big news of 2017 was the decline of diesel. New cars buyers are moving away from it in droves – a short-sighted move, says the SMMT, because diesel cars emit less CO2 than petrol models: it’s going to be harder to meet future climate change targets as a result.

Here we take a look at some of the other trends in the British new car market during 2017. And we naturally start with the ‘d’ word…

At the moment, new car buyers don’t care. The Volkswagen emissions scandal, threat of charges targeting diesel cars and even the government’s 2017 Budget tax hike aimed at diesel cars have all contributed to the lack of new car buyer confidence. Diesel isn’t dead yet, but it’s certainly declining…

Instead of diesel, buyers are switching back to petrol cars instead. The market may have fallen overall but sales of petrol cars were UP almost 3 percent. The roll-out of modern downsized turbo petrol engines is helping here, as claimed economy and CO2 emissions are much lower than before – sometimes not far shy of diesel cars themselves.

The longer-term worry is that real-world fuel economy and CO2 emissions won’t deliver the same eco-friendly figures as diesel cars, but at the moment, car buyers aren’t worried about this…

Alternative fuel sales: UP to almost 5 percent of overall sales

In 2017, the government announced that all new cars in 2040 will be either electric or electrified. Growing numbers of new car buyers are delivering on that target today, with sales of electric, hybrid and plug-in hybrid Alternative Fuel Vehicles (AFVs) continuing to rise.

Plug-in hybrids are proving particularly popular, but full EV sales are also growing fast. Expect another big increase in 2018 with the launch of key models such as the new Nissan Leaf (pictured above). For some people, the future is already here…

Buying a new car is a big commitment. As the UK economy stumbles, so private car buyers are having second thoughts about signing up for a new car. Retail sales to individuals, as opposed to fleets, reflected this with a 15.9 percent decline.

The fleet car market is also down in 2017, but not by as much as the private car sector. There’s a big ‘however’ here, though: changes in the autumn Budget severely penalised ALL diesel company cars, to the surprise and befuddlement of the industry. Company car sales have subsequently stumbled – and it remains to be seen what further repercussions there may be in 2018…

The new car brand with the biggest percentage sales increase in 2017 was James Bond’s favourite car maker, Aston Martin. The firm has been transformed in recent years, with gorgeous new models such as the DB11 super-GT making it a bona-fide British luxury alternative to Ferrari.

With more new models due in coming years, expect the sales momentum for the popular British sports car firm to continue.

In contrast, it’ll be glum faces at the UK importer for America’s most famous SUV maker, Jeep. And this is despite Brits’ insatiable appetite for all things SUV, too – how Jeep has stumbled so badly in 2017 is quite baffling.

The firm will be hoping new models such as the transformed Compass (pictured above), plus a new focus on its compact Renegade, can help turn things around in 2018. Because for this historic SUV brand to fail so badly in a new car market so favourable to SUVs really isn’t ideal…

For as long as anyone can remember, Brits have bought more new Ford cars than any other brand. Another former favourite, Vauxhall, may have declined in 2017, but there’s no budging Ford from the top spot.

More than 1 in every 10 new cars sold in 2017 was a Ford; add in vans, and Ford’s leadership expands further. We don’t predict any change for 2018, either: the launch of an all-new Fiesta last year and, in 2018, the introduction of an all-new Focus is likely to see its reign as Britain’s favourite new car brand continue.