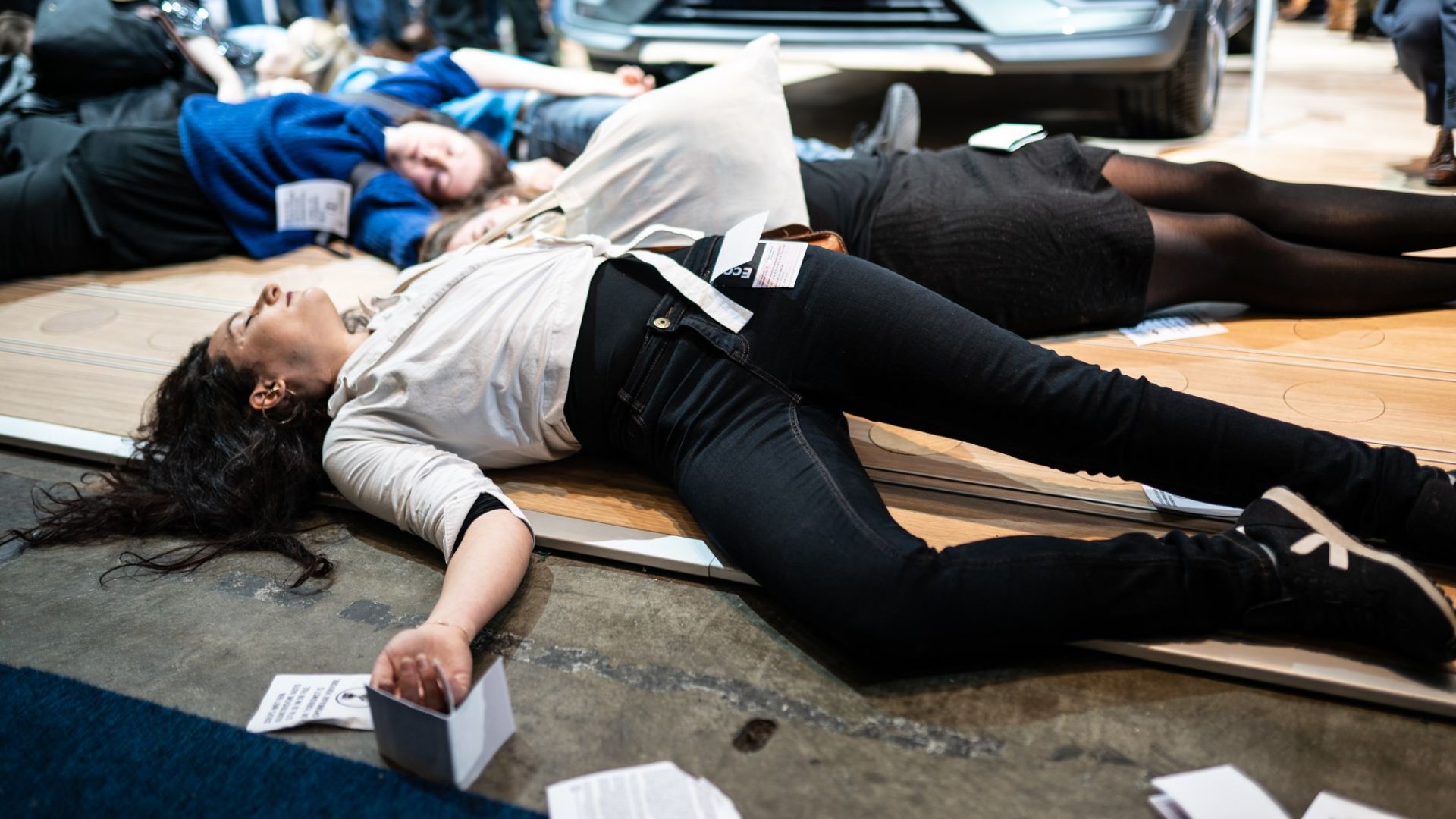 Environmental protest group Extinction Rebellion has demonstrated at the Brussels Motor Show, with acts of vandalism and intimidation reported.

“We don’t trust the car industry to provide solutions on mobility or ecology,’ said Lyllou Christine from Extinction Rebellion. 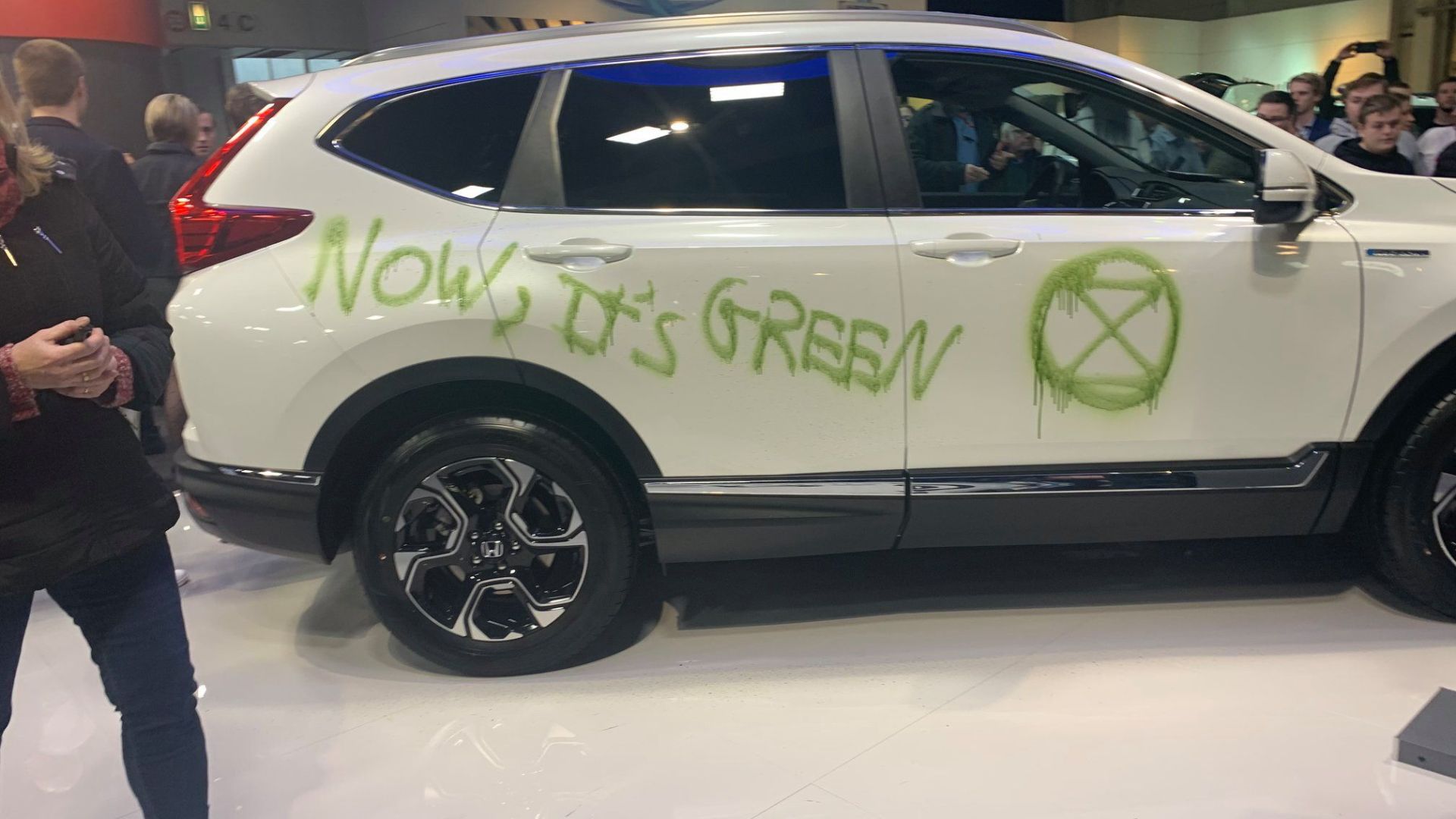 “If the car industry wants to be part of the solution to the climate and ecological crisis as they pretend, then they should be doing all they can to help a fundamental and democratic change in the way we perceive and practise mobility.

“New, large, powerful individual cars, whether powered by petrol, electricity, or whatever other type of energy source must no longer be made the symbol of human freedom and accomplishment: they are in reality one of the balls and chains which are holding us back.” 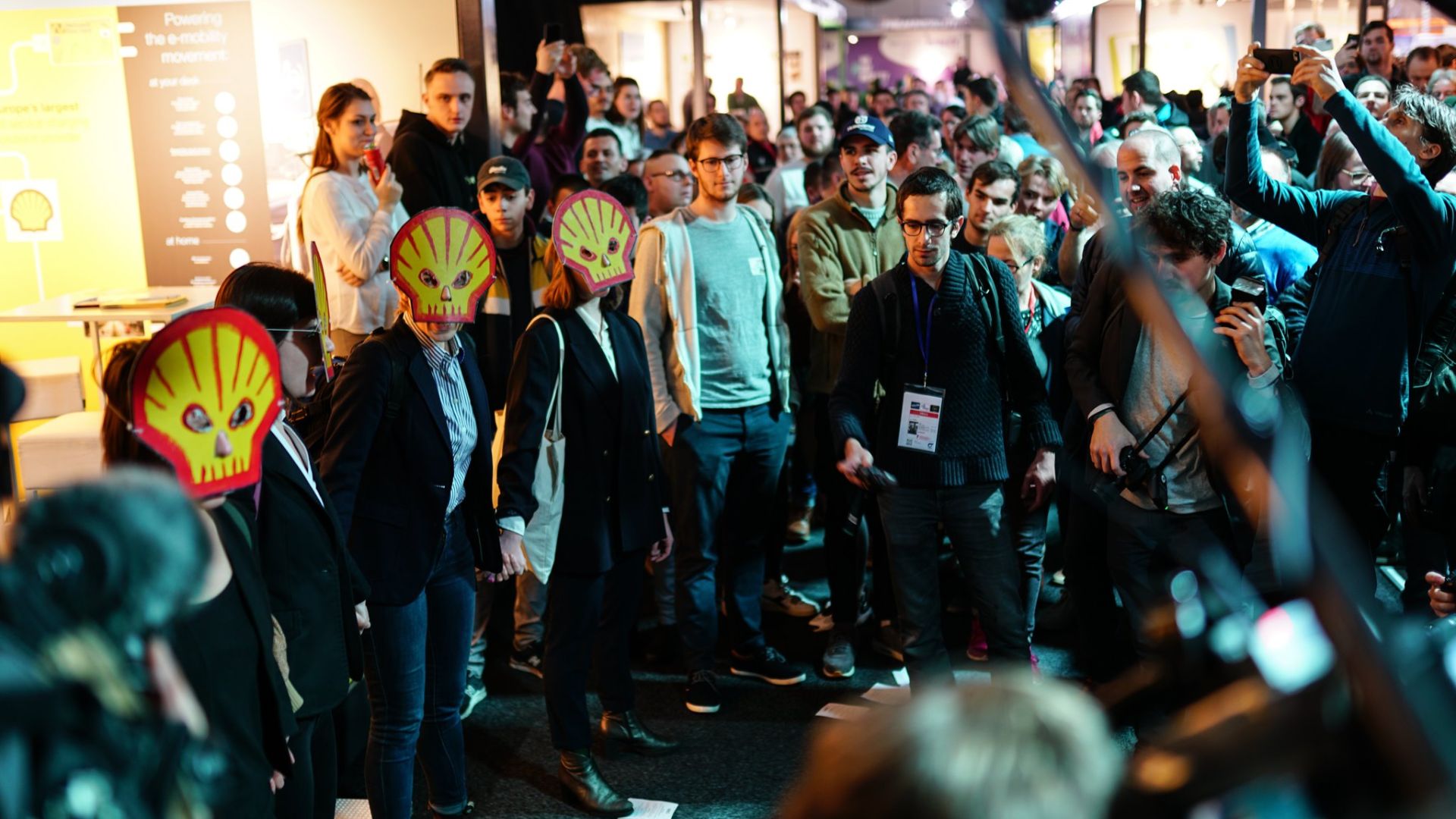 As well as spray painting some cars, with SUVs a specific target, some members staged ‘die-ins’, which involved laying down and blocking access to the event. Some climbed the exhibition building to drop a banner saying ‘Open your eyes’ over a carmaker’s advert.

Photos show members of the protest group masked with the Shell logo covering their faces. Curiously, one of the images the group posted to its Facebook group appears to depict a vandalised Tesla Model 3 EV. Police at the show have arrested 185 protesters so far.

The activity follows last year’s Frankfurt Motor Show, where it was reported that security had been upped to combat such threats. 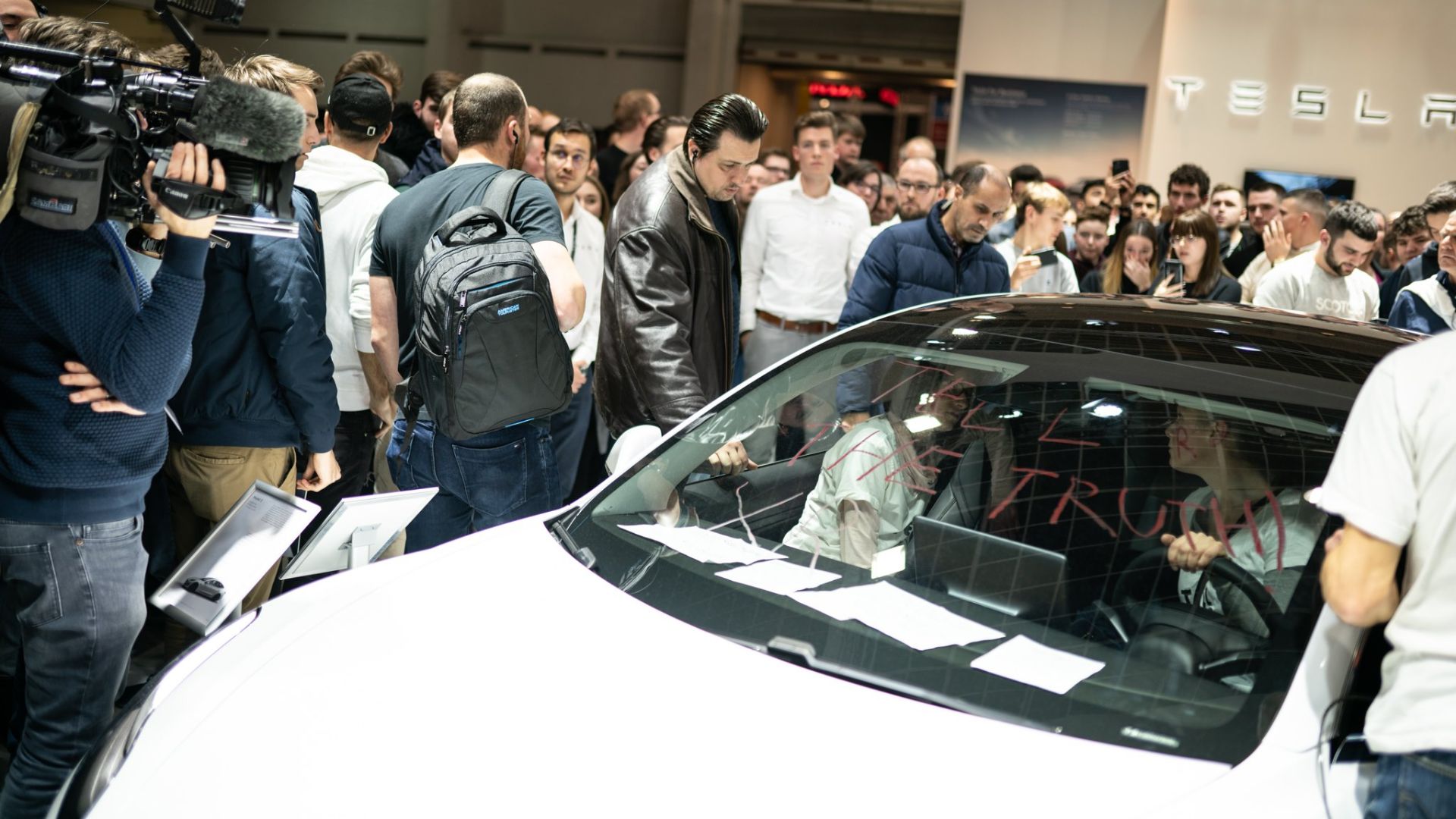 Extinction Rebellion posted a statement on January 6 about what it calls the ‘salon of lies’. It claimed that it ‘does not aim at blocking the fair, nor targeting the visitors themselves’. At some point there seems to have been a change of plan on that front.

‘By telling the truth about the false image car companies give of themselves, Extinction Rebellion sides with all victims of the industry’s noxious practices,’ says the website. 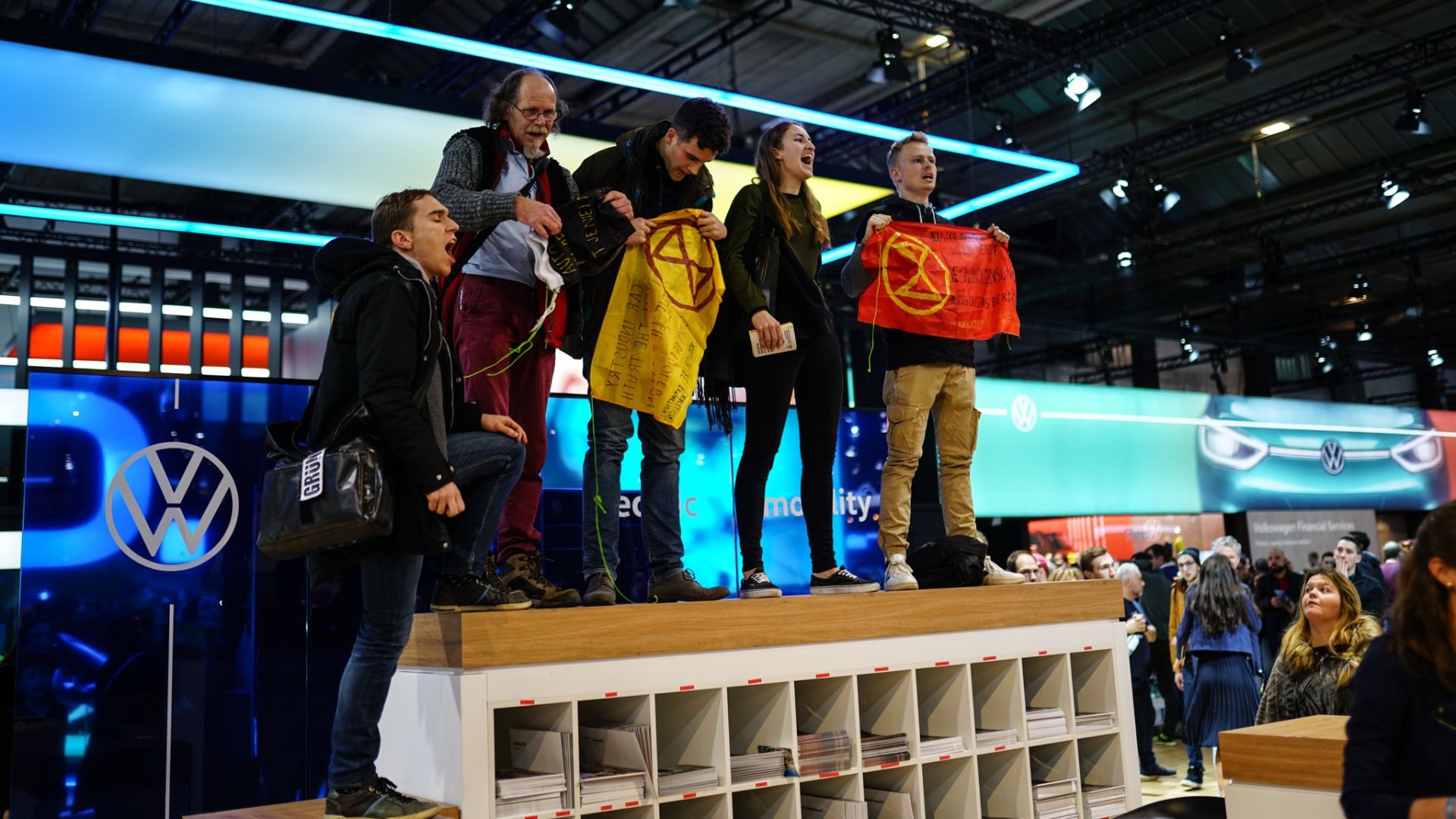 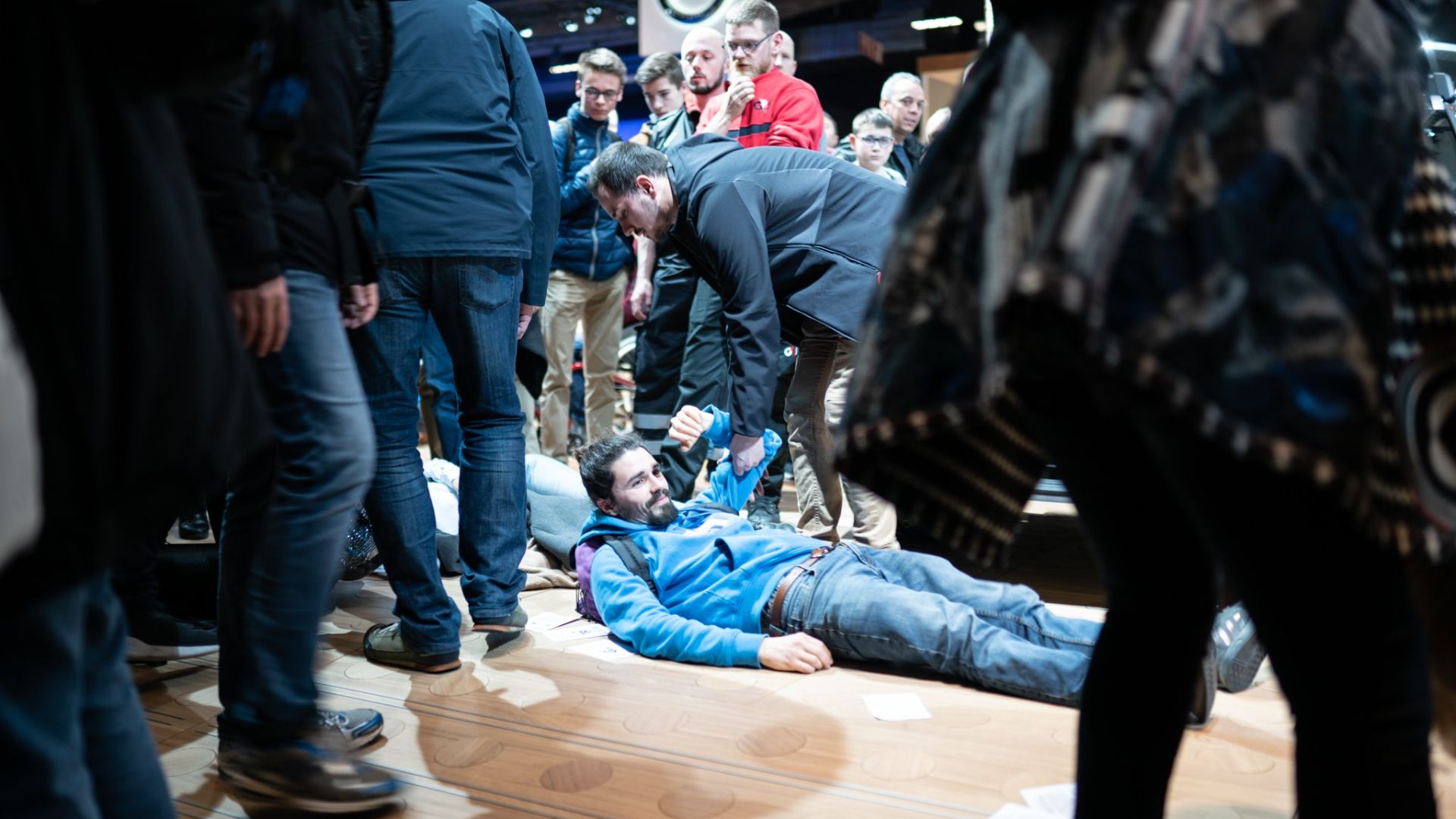