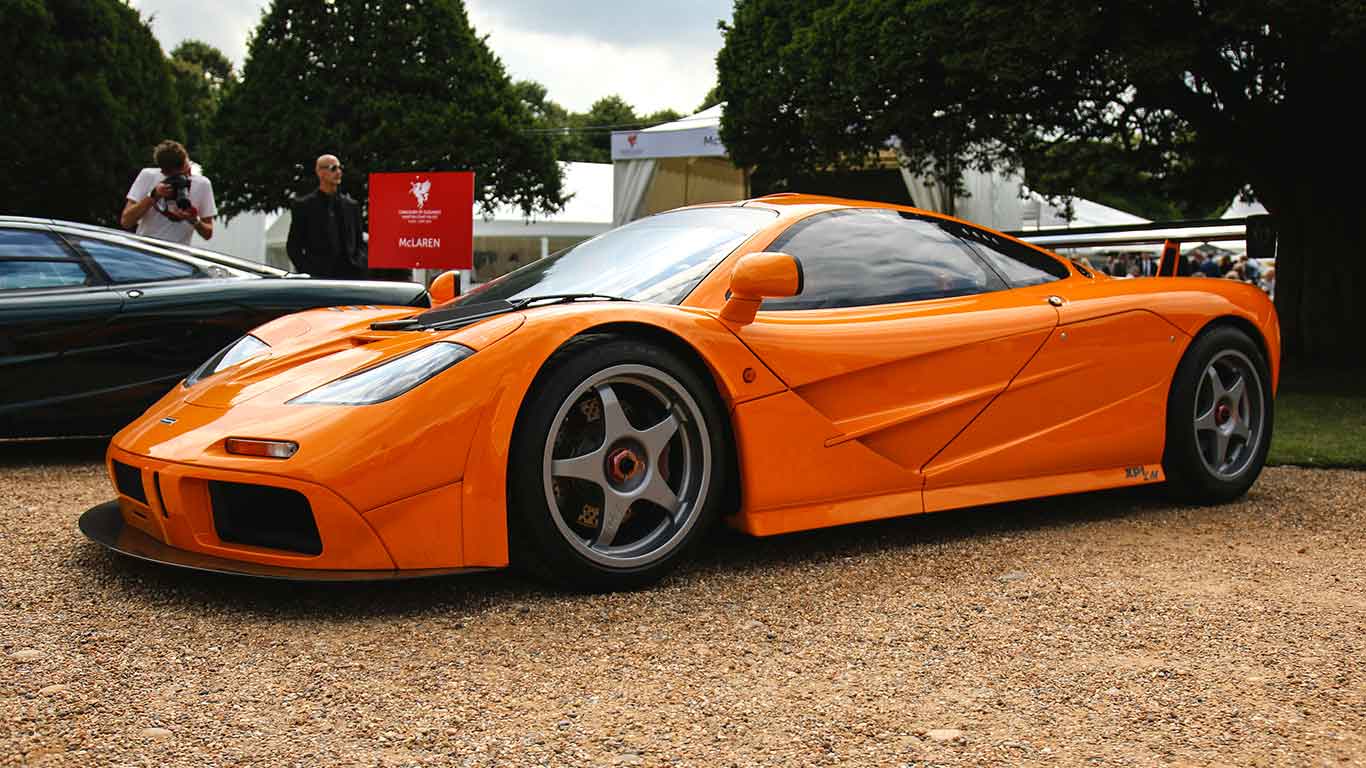 London’s Concours of Elegance boasted a carefully picked selection of the finest road and racing cars – all tastefully scattered across the grounds of Hampton Court Palace. Here’s our round-up of the best cars at the event. 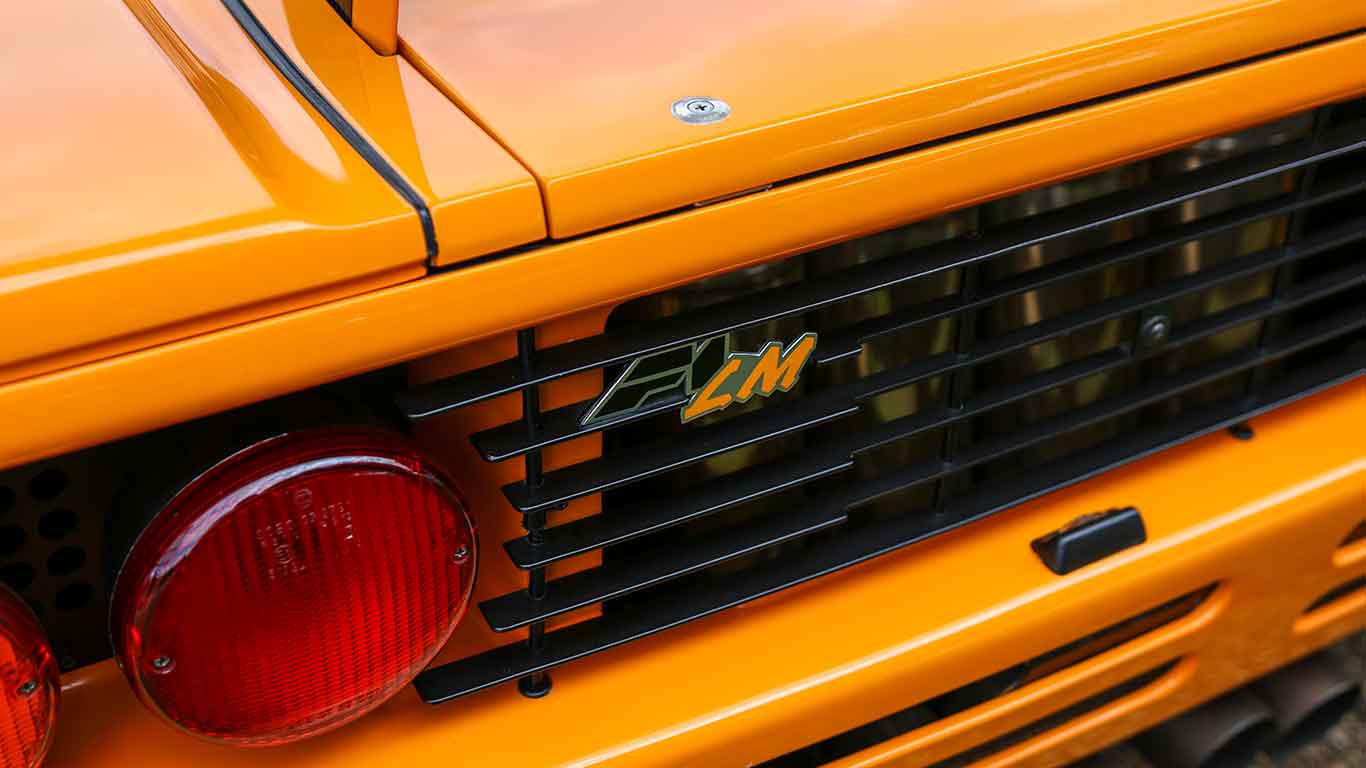 When is a McLaren F1 rendered semi-invisible? When the ultimate ‘LM’ variant of the F1 is parked next to it. Five LMs were made to commemorate the five F1 Le Mans 1995 finishers (including the overall winner). This is the prototype car once promised to Lewis Hamilton. 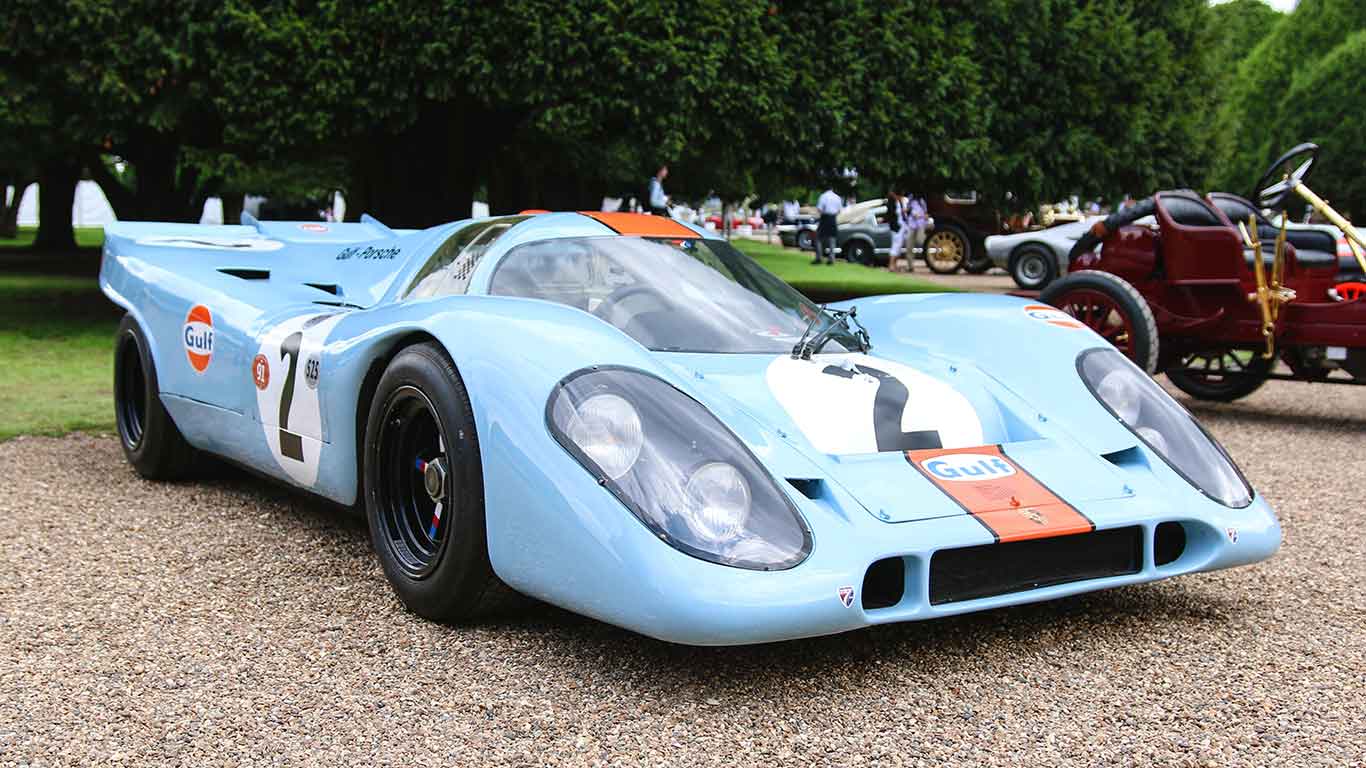 Perhaps the greatest Porsche racing car of all time won the marque’s first Le Mans 24 Hours in 1970. The car at Concours, chassis no. 013/034, won the 1971 season-opener at Daytona. Since then it’s been a regular at Goodwood and other motoring events the world over. 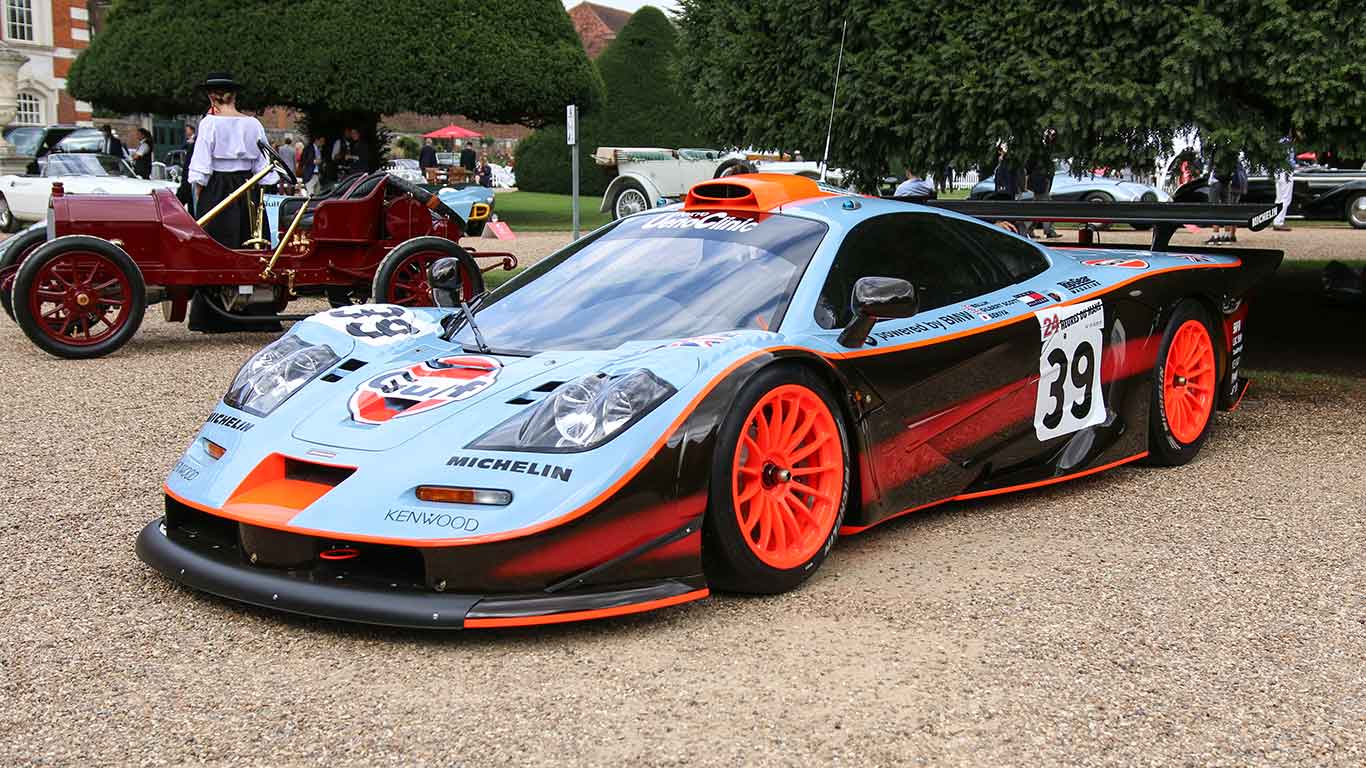 The Longtail was McLaren’s fightback against the monstrous Porsche 911 GT1 and Mercedes-Benz CLK GTR GT1 heavyweights. This car, GTR 25R, has been the guinea pig for McLaren’s ‘F1 Certified’ program and the results are superb. The Le Mans racer was presented in ‘as new’ condition. 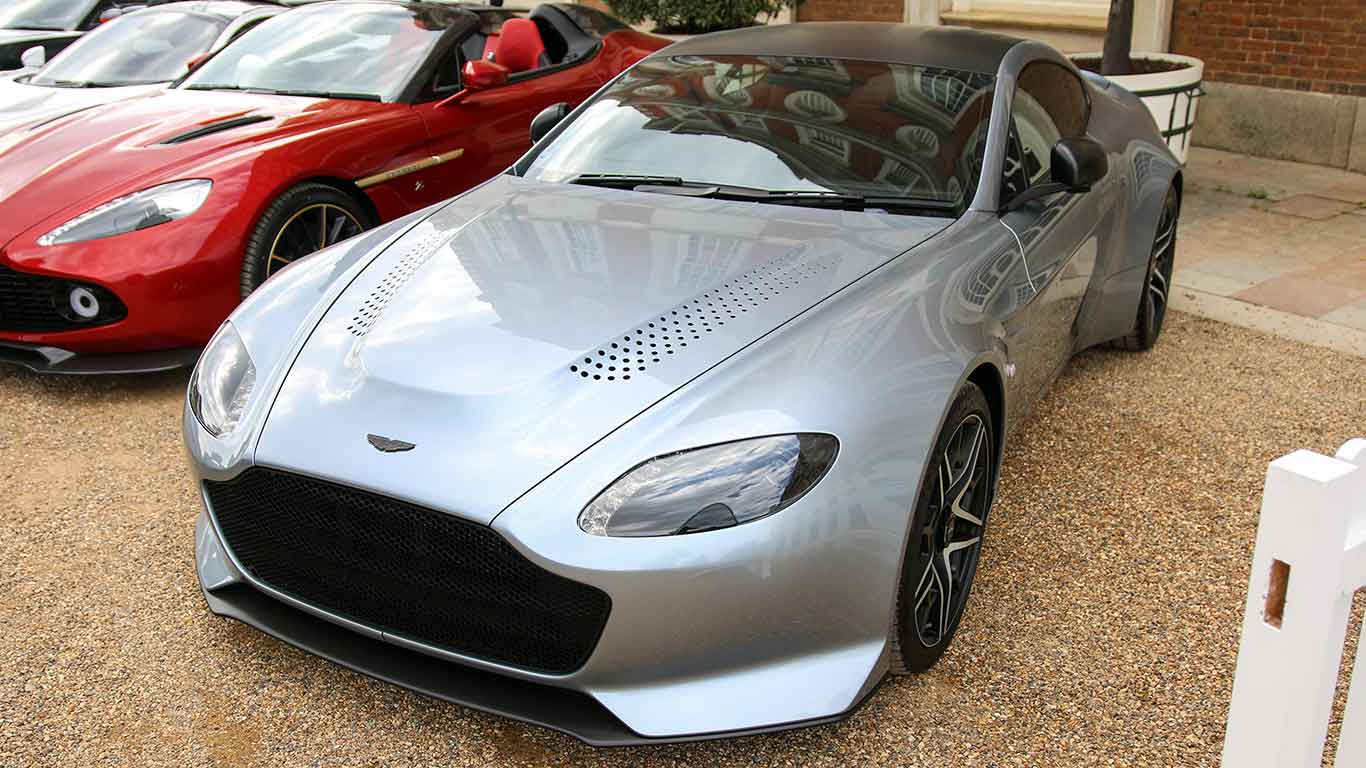 The very last previous-generation Vantage exits with a bang. A 600hp V12 driving through a manual gearbox, plus a muscular yet tailored body, make this one-of-fourteen £1 million+ supercar a classic upon arrival. What we wouldn’t give for a go… 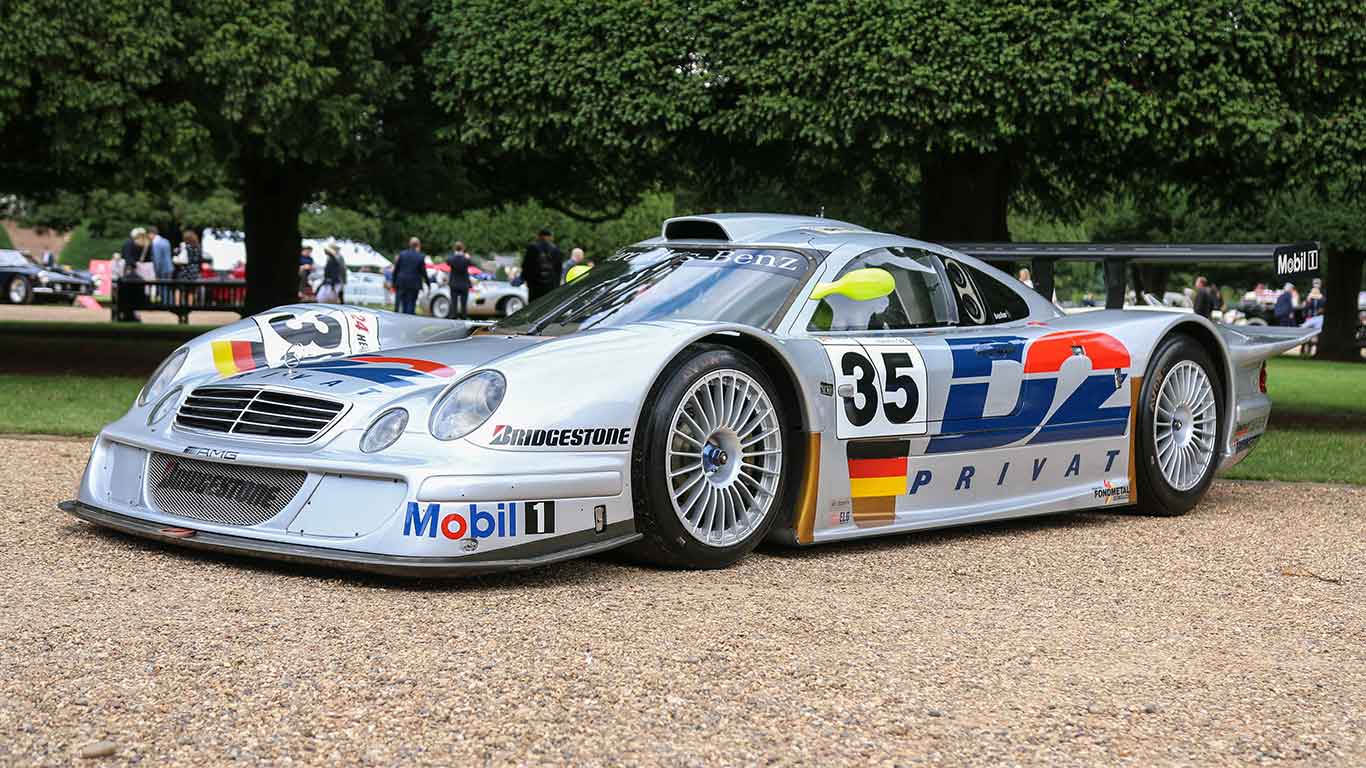 The CLK GTR was Mercedes’ answer to the triumphant McLaren F1 in GT1 racing. The LM variant as displayed at Concours packed a Croup C V8 and was Mercedes’ crack at Le Mans following successful seasons in FIA GT. Engine failures plagued both cars come race day, though. 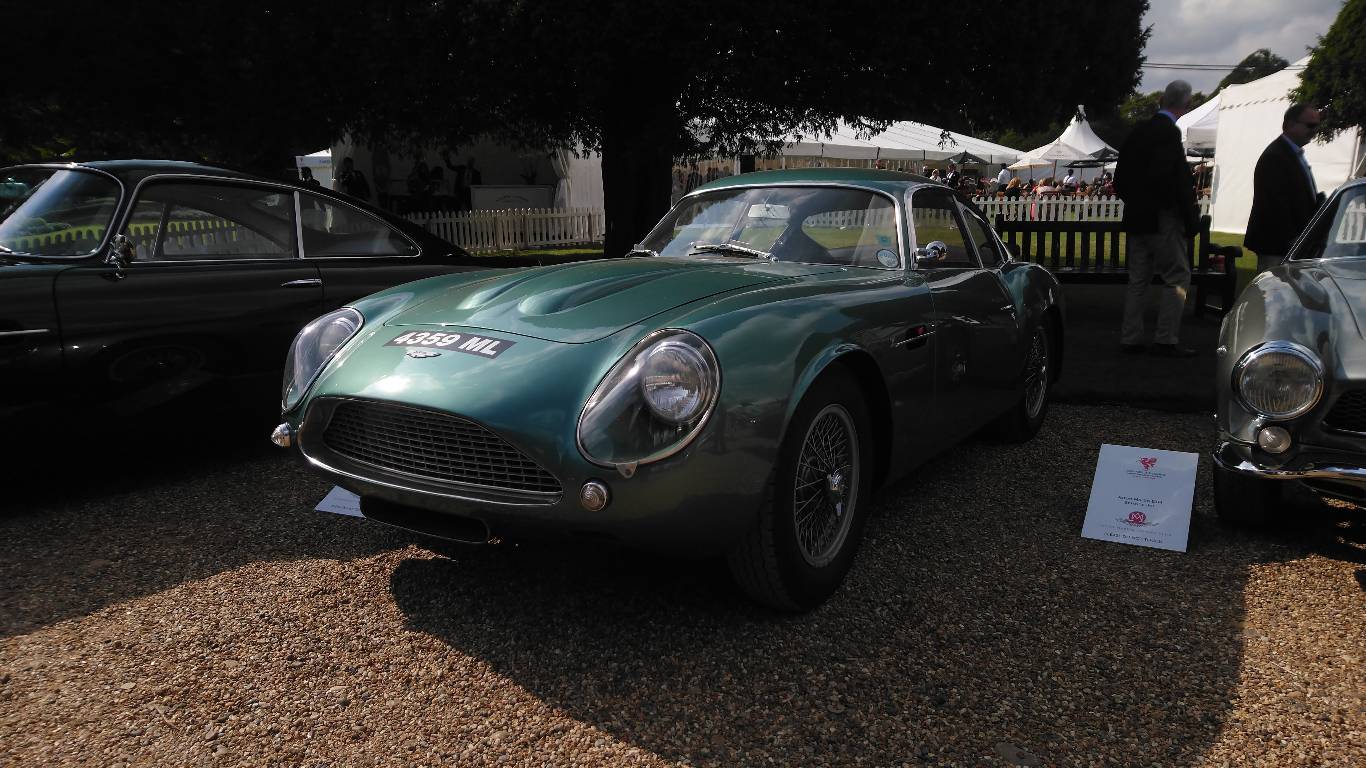 If you’re looking at spending as much money as possible on a car, a Zagato-bodied Aston Martin DB4 is the next best thing to a Ferrari 250 GTO. It’s one of the most revered classics on the planet and an absolute catch if you can find one of the 25 built. This one was road-tested by Autocar in 1962. 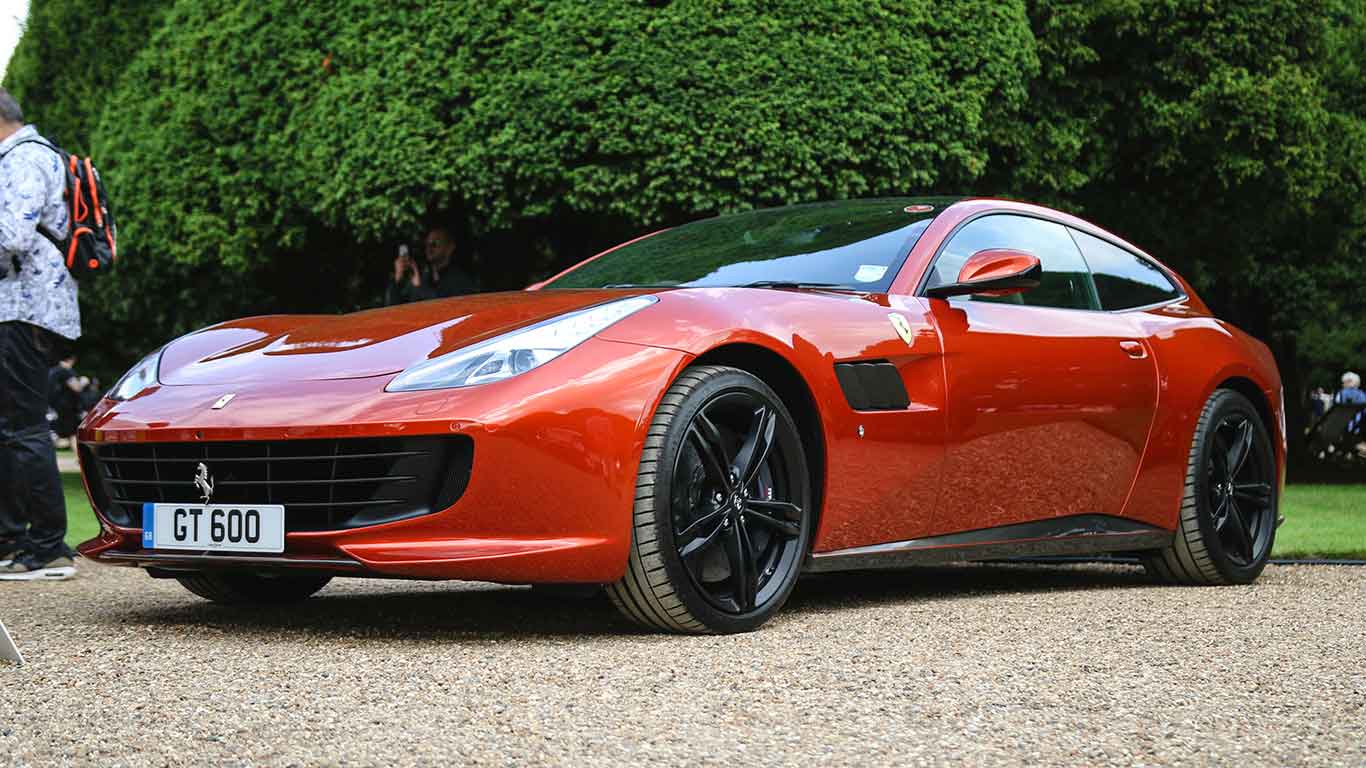 In this company, even a Ferrari GTC4Lusso is something of a shrinking violet – but bear with us. This particular Lusso is special for all its own reasons. The colour, named Aranci Rik, is a result of the ‘Tailor Made’ program. Why not make your already stunning V12 GT even more exclusive? 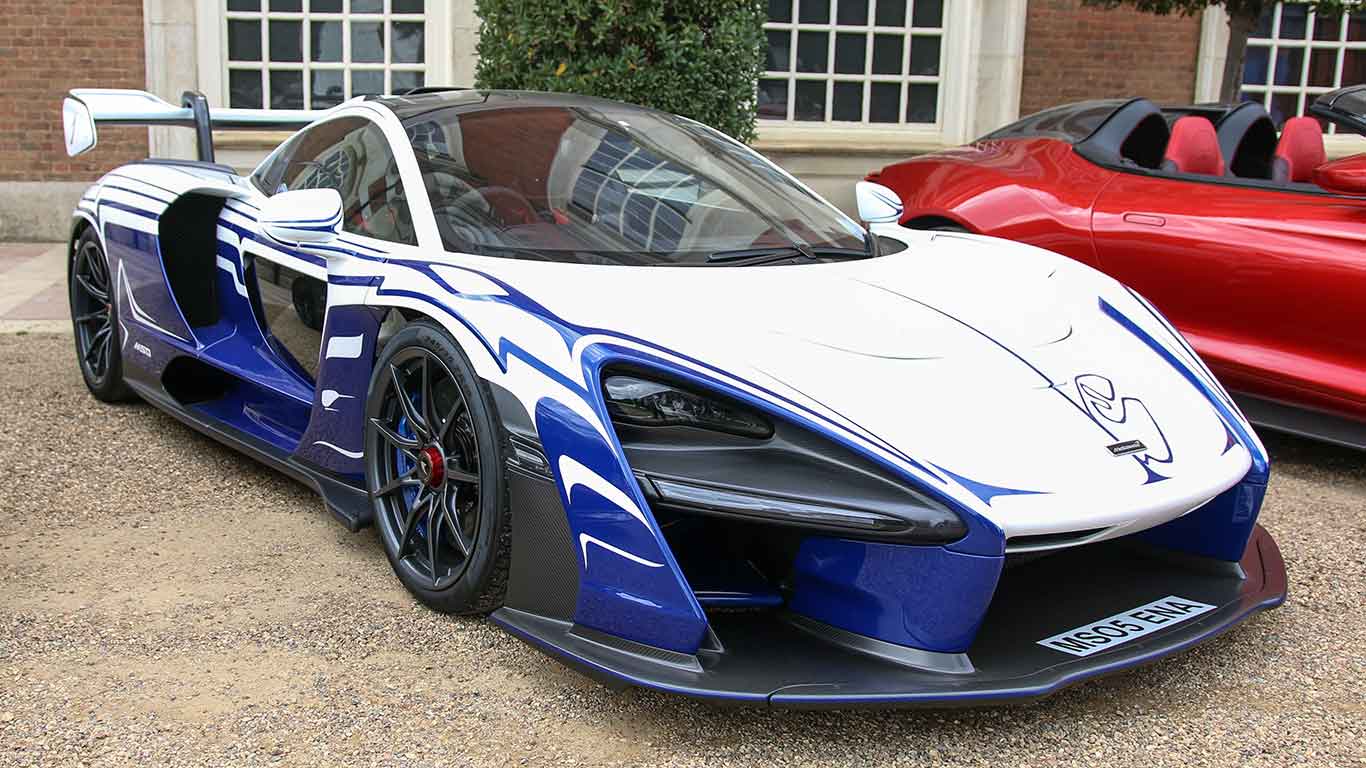 Highlights from McLaren included the aforementioned F1 ‘25R’ and ‘XP1’ F1 LM, along with the new Senna. This is the ultimate track toy, named after one of the greatest F1 drivers of all time. A big name to live up to… 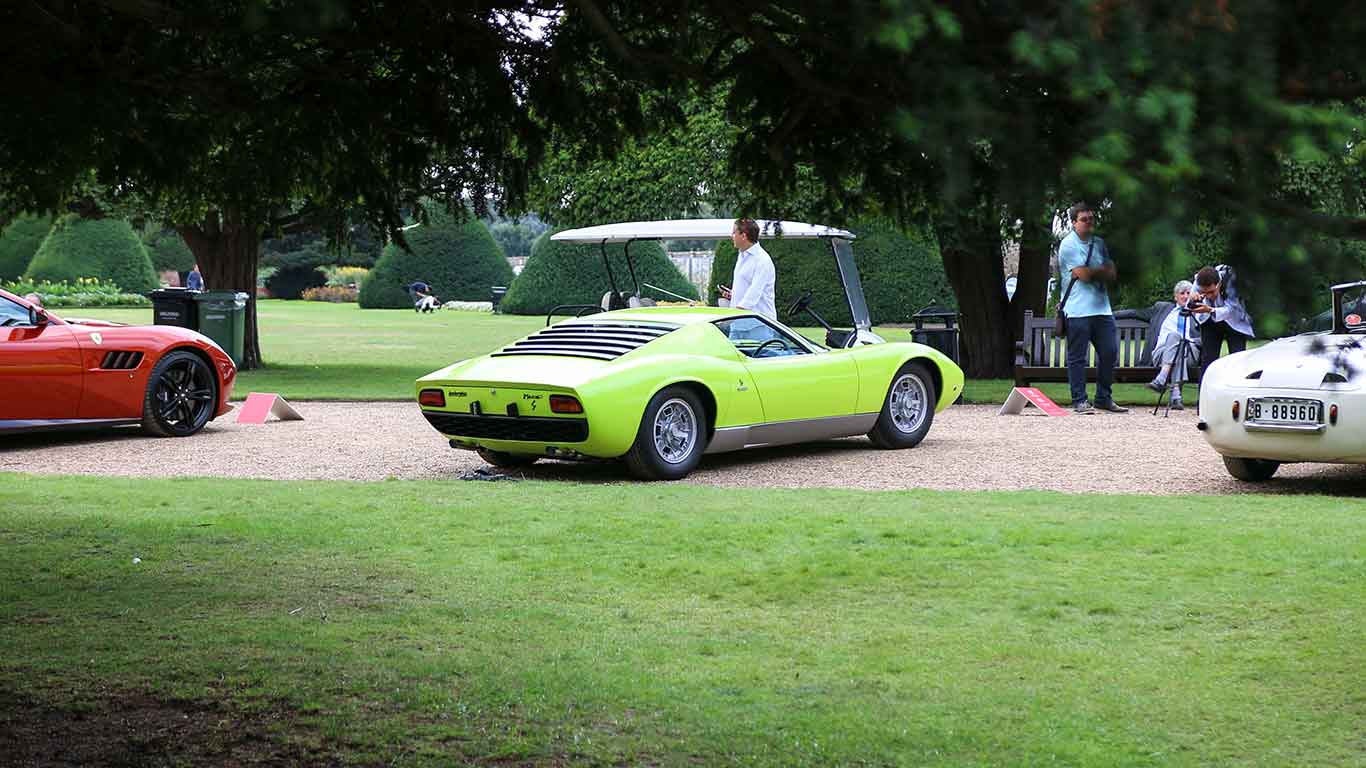 The original supercar has to be a staple for any concours worth its salt, so of course a stunning P400 was on show at Concours of Elegance. In the imperious setting of Hampton Court Palace, the lurid green Miura contrasts  beautifully with the luscious lawns. 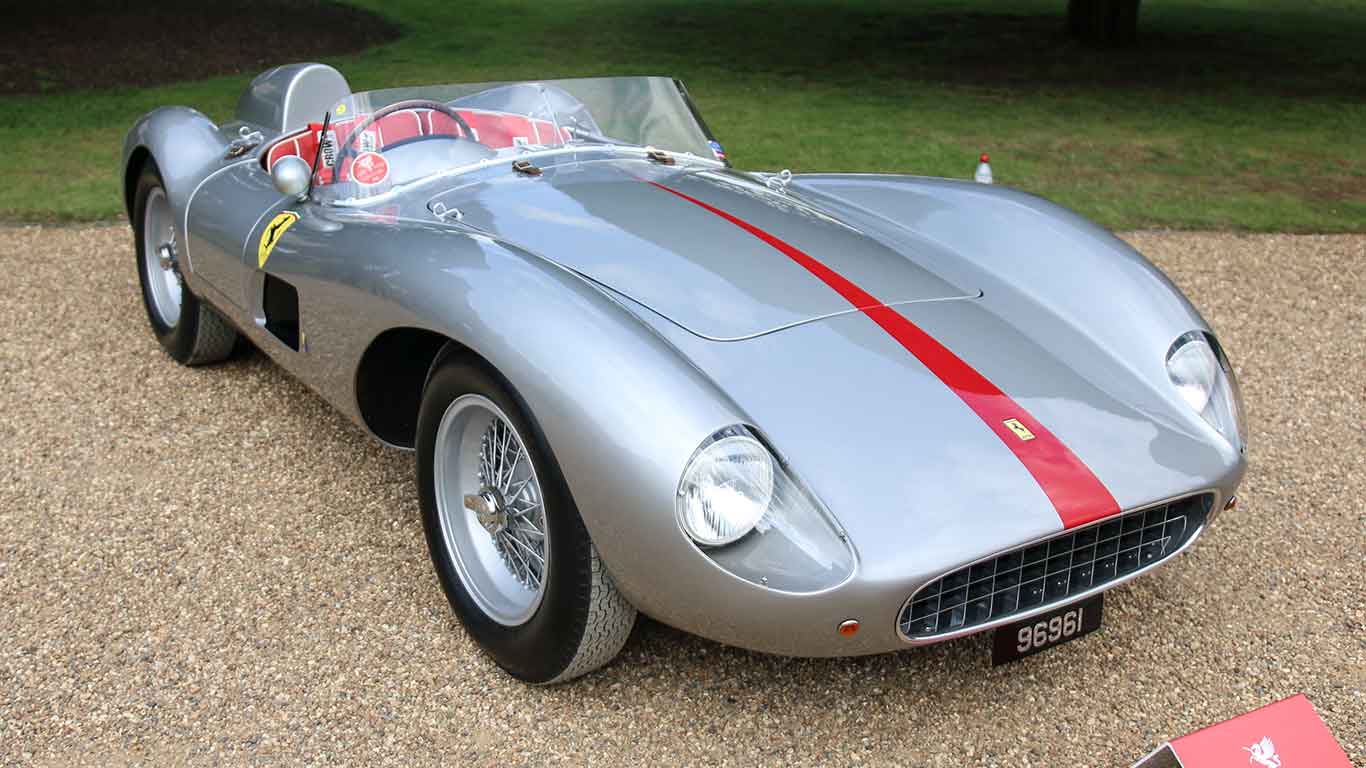 The 500 TRC is a significant car for Ferrari, being one of very few prancing horses to utilise a four-cylinder engine. Still, that doesn’t stop it from being a real Testa Rossa (‘Red Head’). You can thank the red valve covers for that. 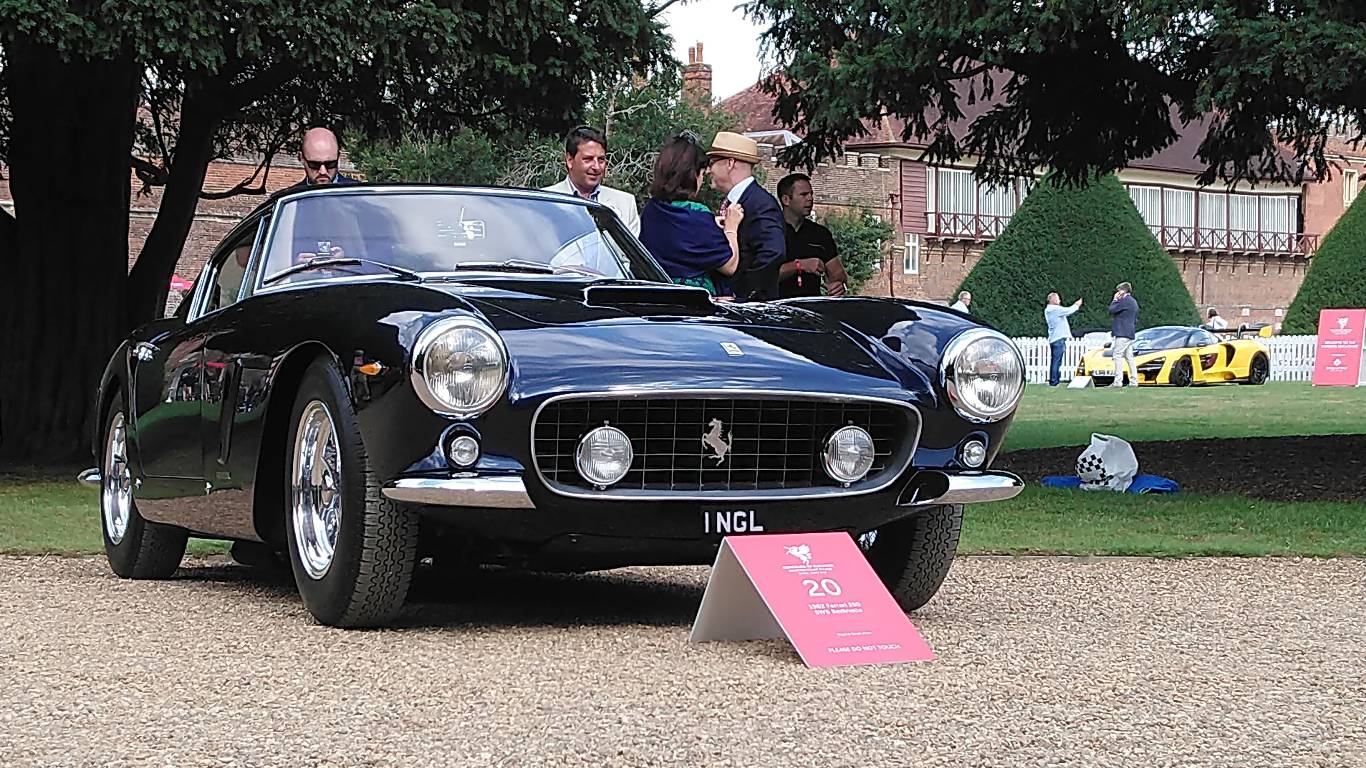 Low-key, and one of the prettiest Ferraris ever made, we reckon this tops the 250 GTO in the looks department. The ‘SWB’ was also a breakout success as a GT racer, winning the 1961 Constructors’ Championship for GTs. 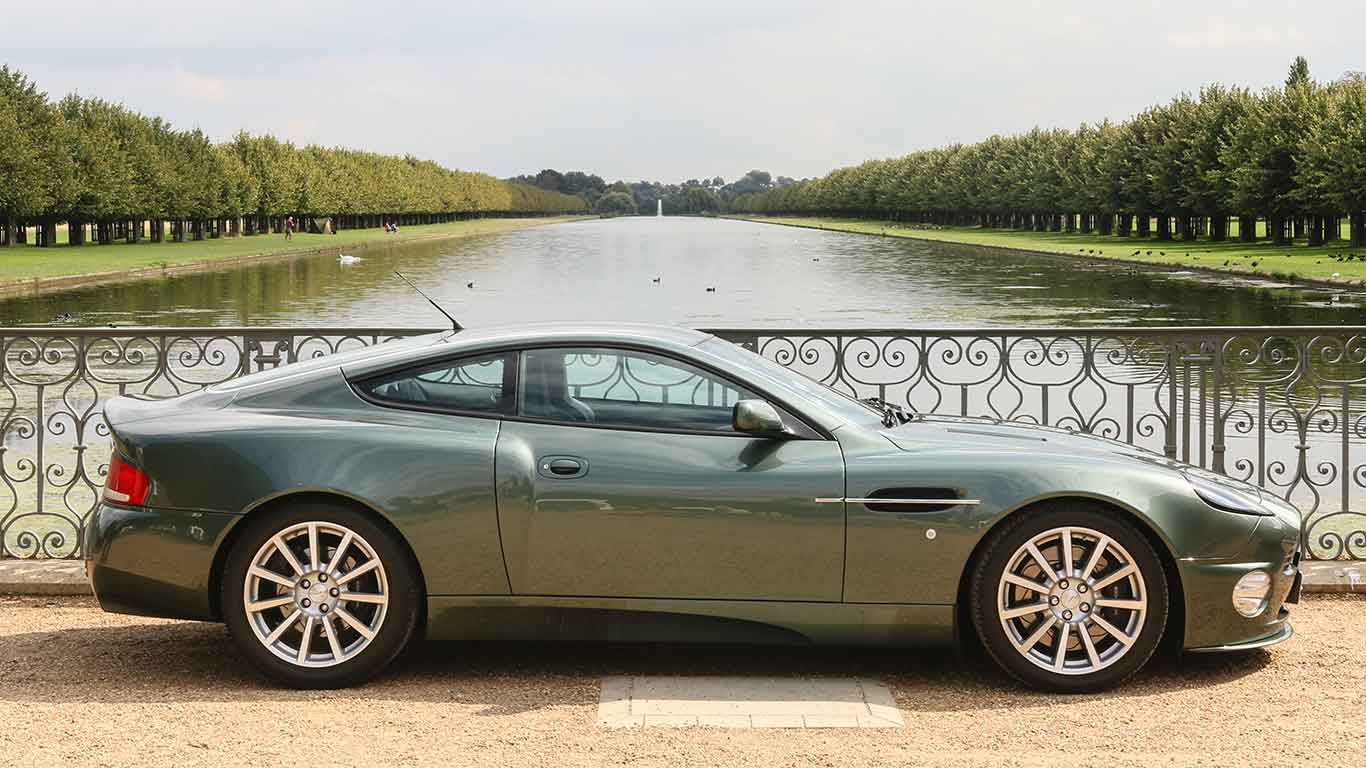 Aston’s early-2000s gentleman’s express is a significant car in the marque’s history, if perhaps not a must-see exhibit at Concours of Elegance. Nevertheless, it’s drop-dead gorgeous – and we couldn’t miss the lake-side photo opportunity. 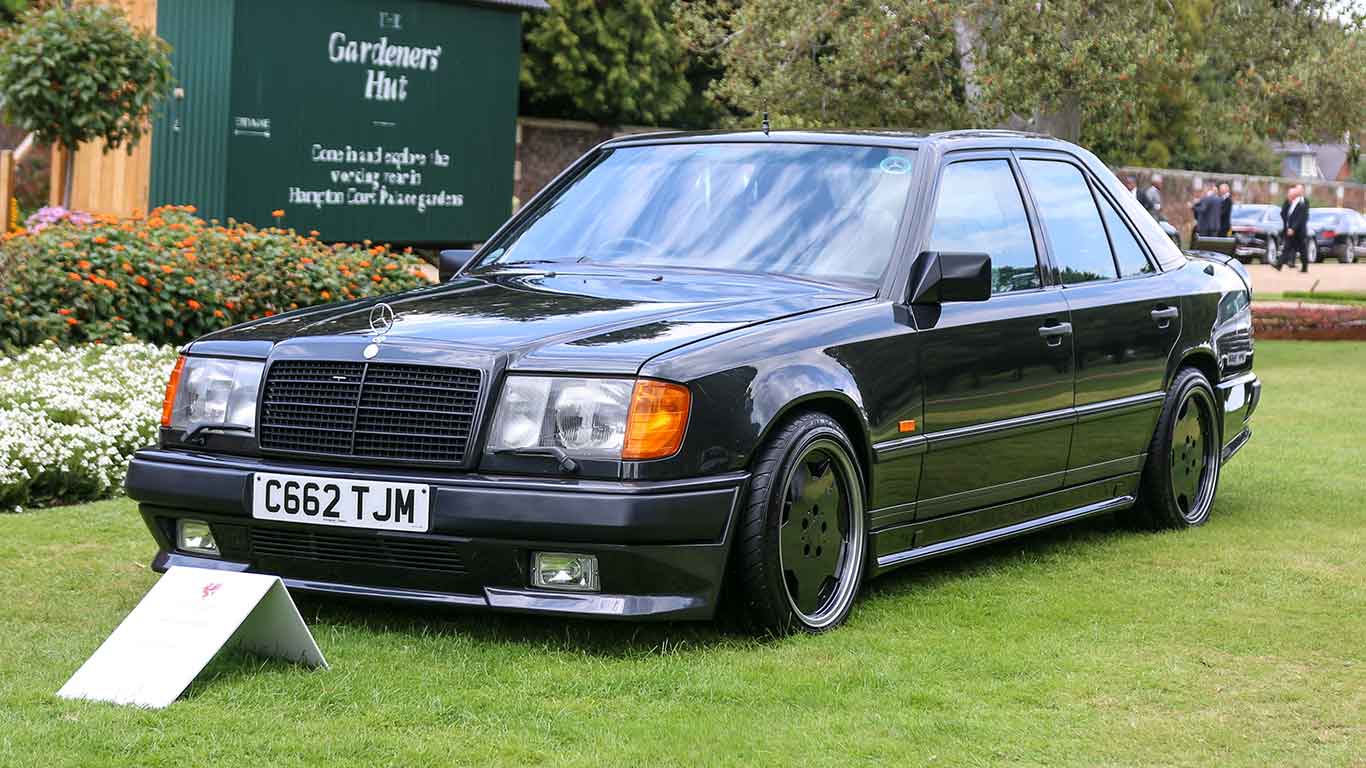 Among the glitterati and race veterans at Concours of Elegance, the big brutish ‘80s Merc would ordinarily seem out of place. In the Harry’s Garage ‘Four-Door Supercar’ display, however, the original AMG super saloon was royalty. 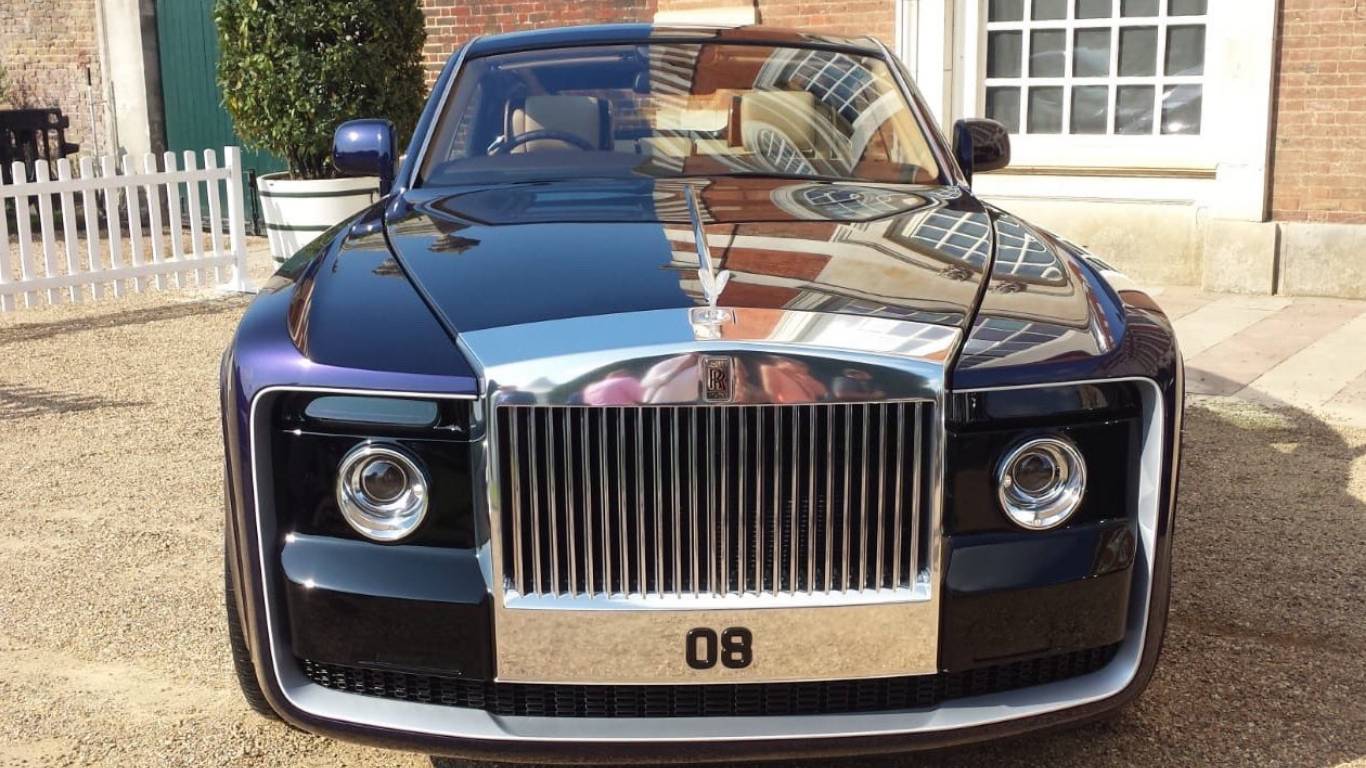 This one-off Rolls-Royce commission is a £10 million+ tribute to coachbuilders of the 1920s and 30s. As of its debut just over a year ago, it was the most expensive new car ever sold. 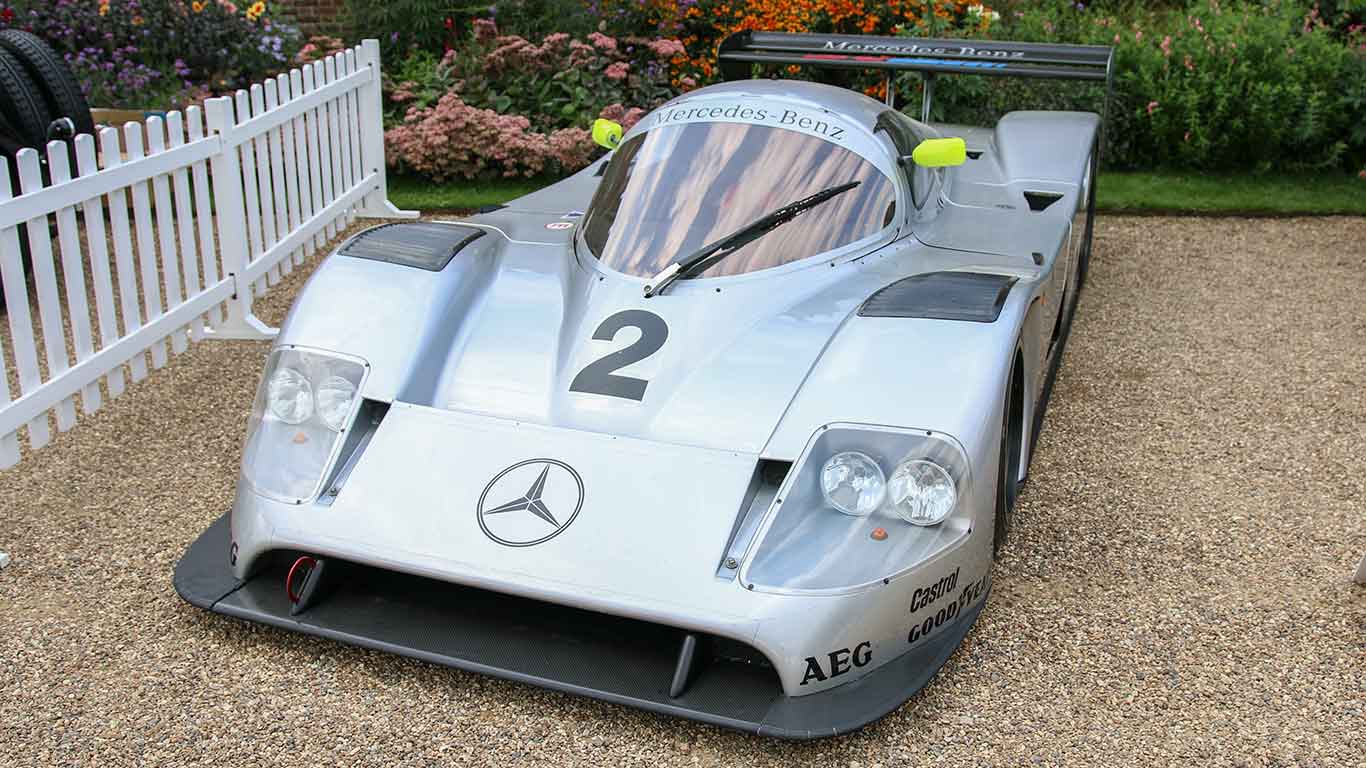 The Sauber-Mercedes C11 is one of many dominant Silver Arrow racing cars spanning the entirety of the marque’s motorsport history. It dominated the 1990 World Sports Prototype Championship in 1990. The Schumacher/Mass car is seen here at Concours of Elegance. 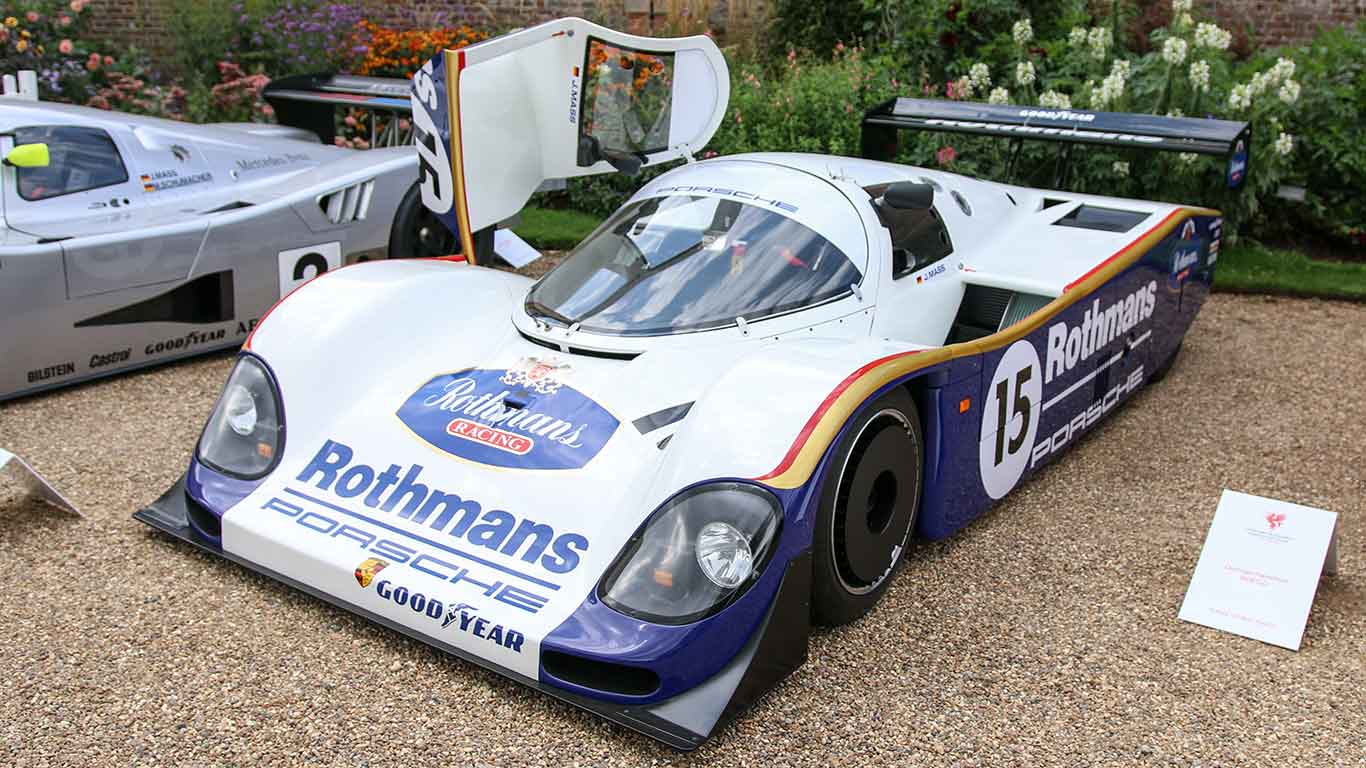 Another ex-Jochen Mass monster comes in the form of this Kyalami-winning 1987 Porsche 962, seen here perfectly restored to the exact spec Mass drove – and won – in at the South African round. The Rothmans livery has to be one of the all-time greats, looking extra special on this svelte 962. 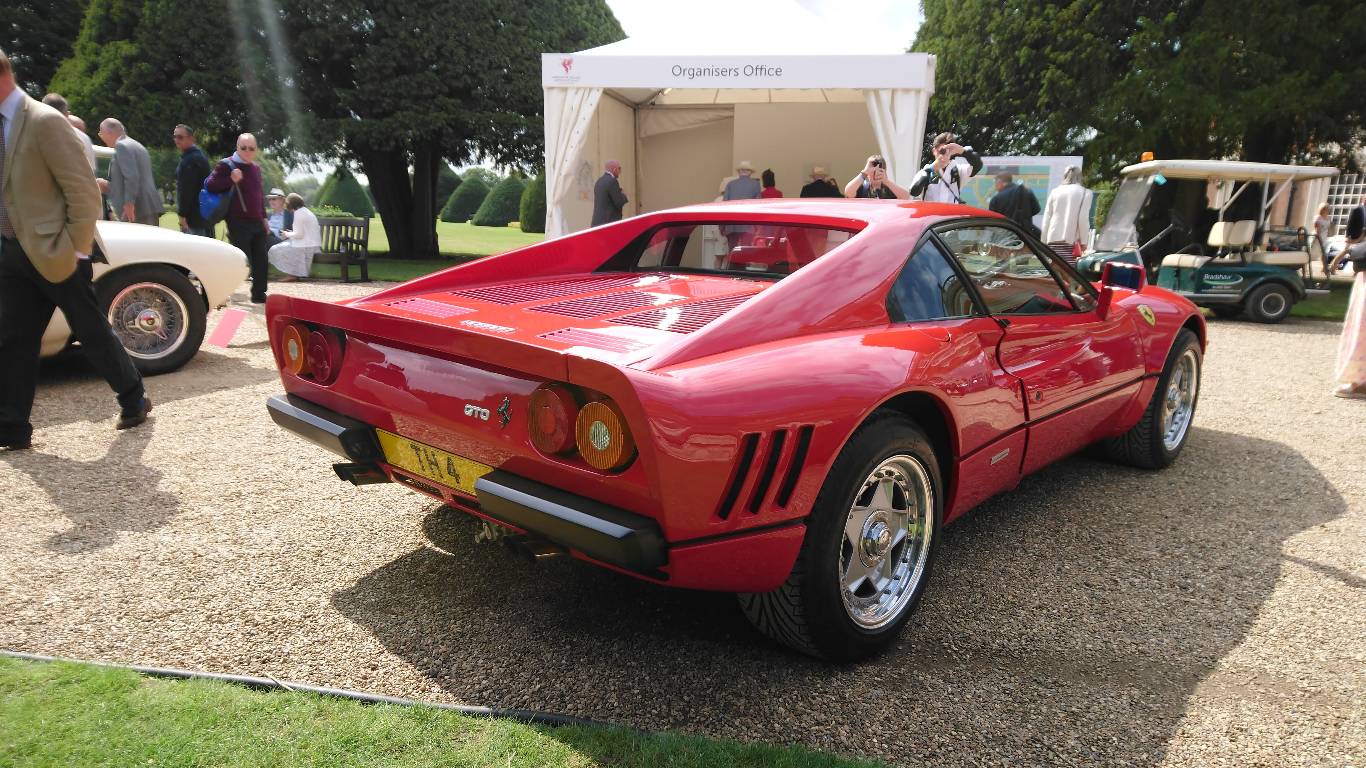 Never mind the F40, the original Ferrari supercar was the 288 GTO. Using a version of the 2.9-litre twin-turbo V8 that found its way into the F40, the GTO was, as its Omologato name suggests, originally a homologation car for a racer. Although it never competed, it remains an all-time Ferrari great. 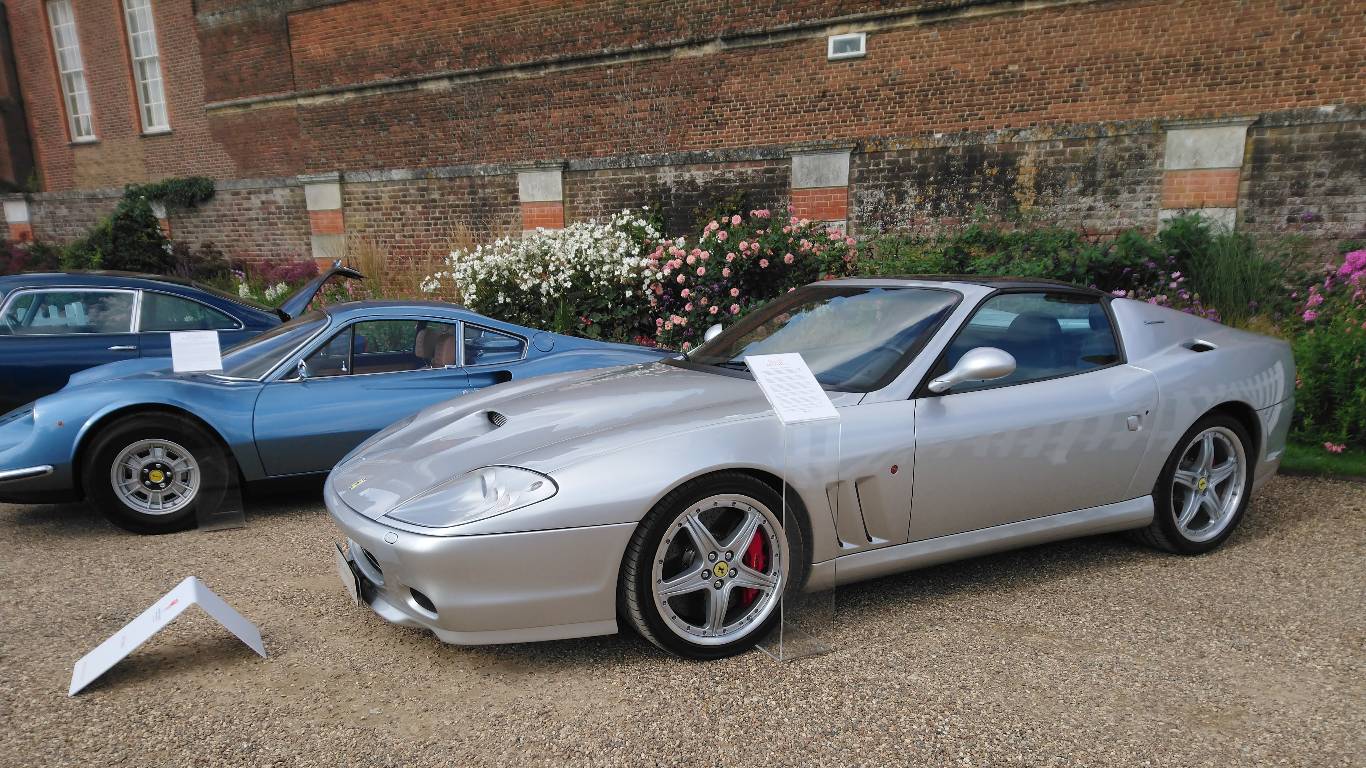 The Superamerica was perhaps the ultimate iteration of the long-serving 550/575 breed. Packing a whopping 540hp from its V12 engine, Ferrari claimed it was the fastest convertible in the world at the time. It can’t have been far off, with a top speed of 199mph – a rare beauty at Concours of Elegance. 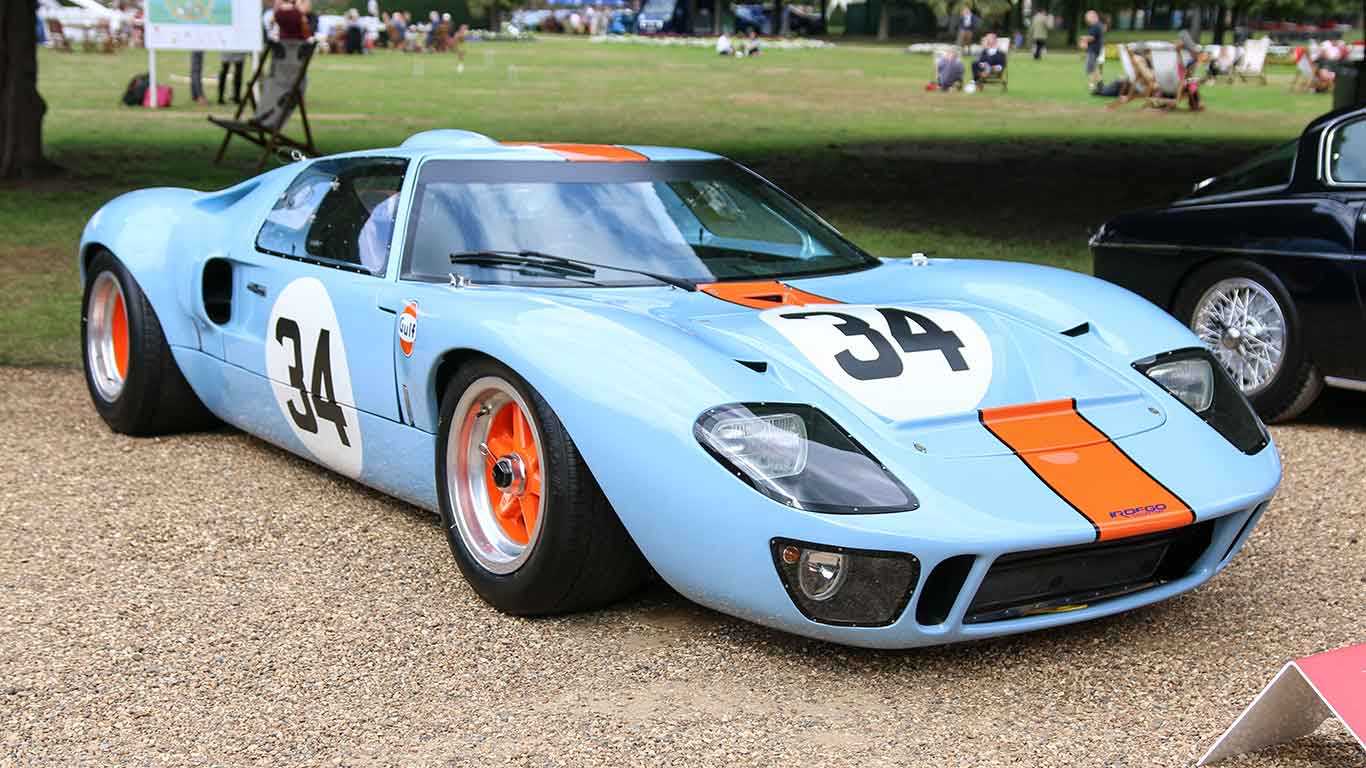 The Rofgo collection was out in force at Concours of Elegance, with the resplendent Gulf-liveried Ford GT40 being perhaps the most spectacular of the lot. One of the greatest liveries of all time meets one of the most legendary sports racers to have turned a wheel in anger. 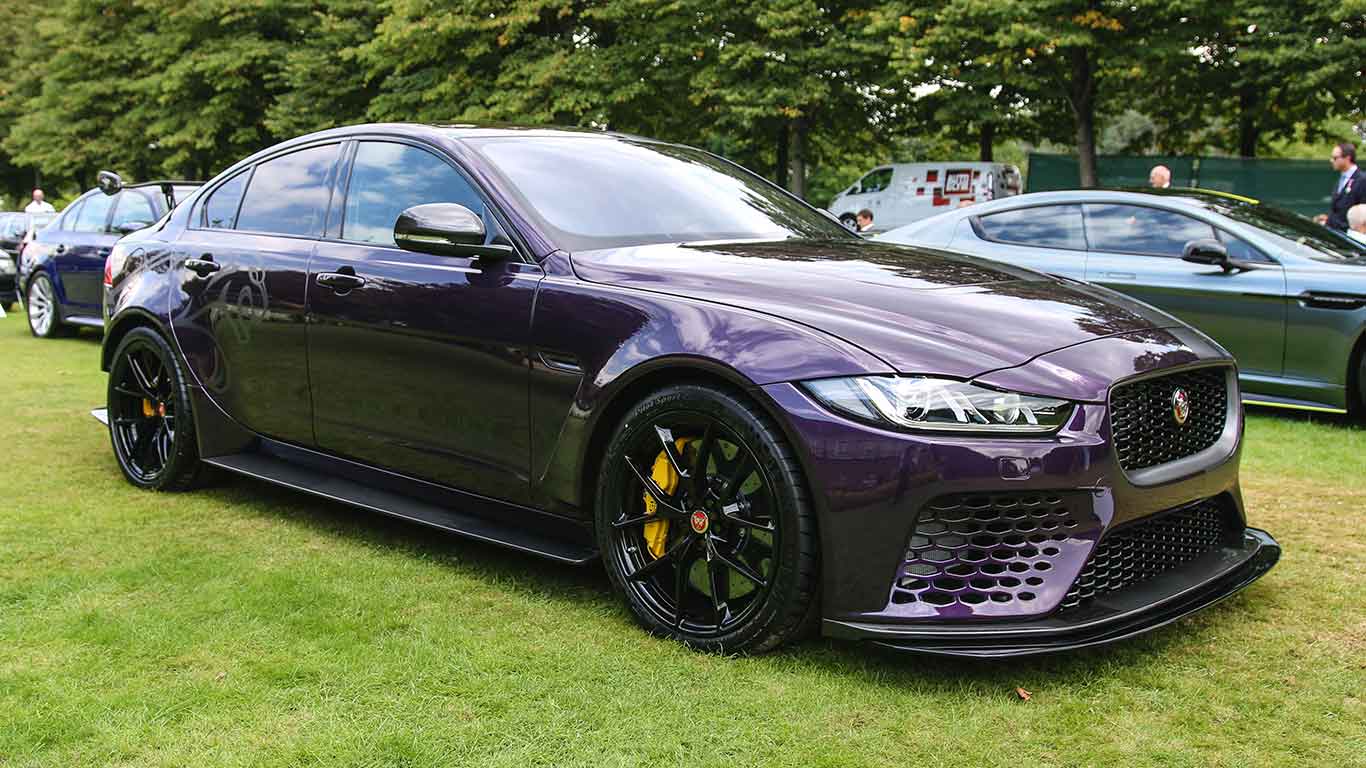 Another family hack in amongst the priceless gems? Well, yes – if your idea of a saloon comes with a 600hp supercharged V8, blistered bodywork, Cup 2 tyres and aero addenda worthy of the BTCC. This is the very definition of a four-door supercar.