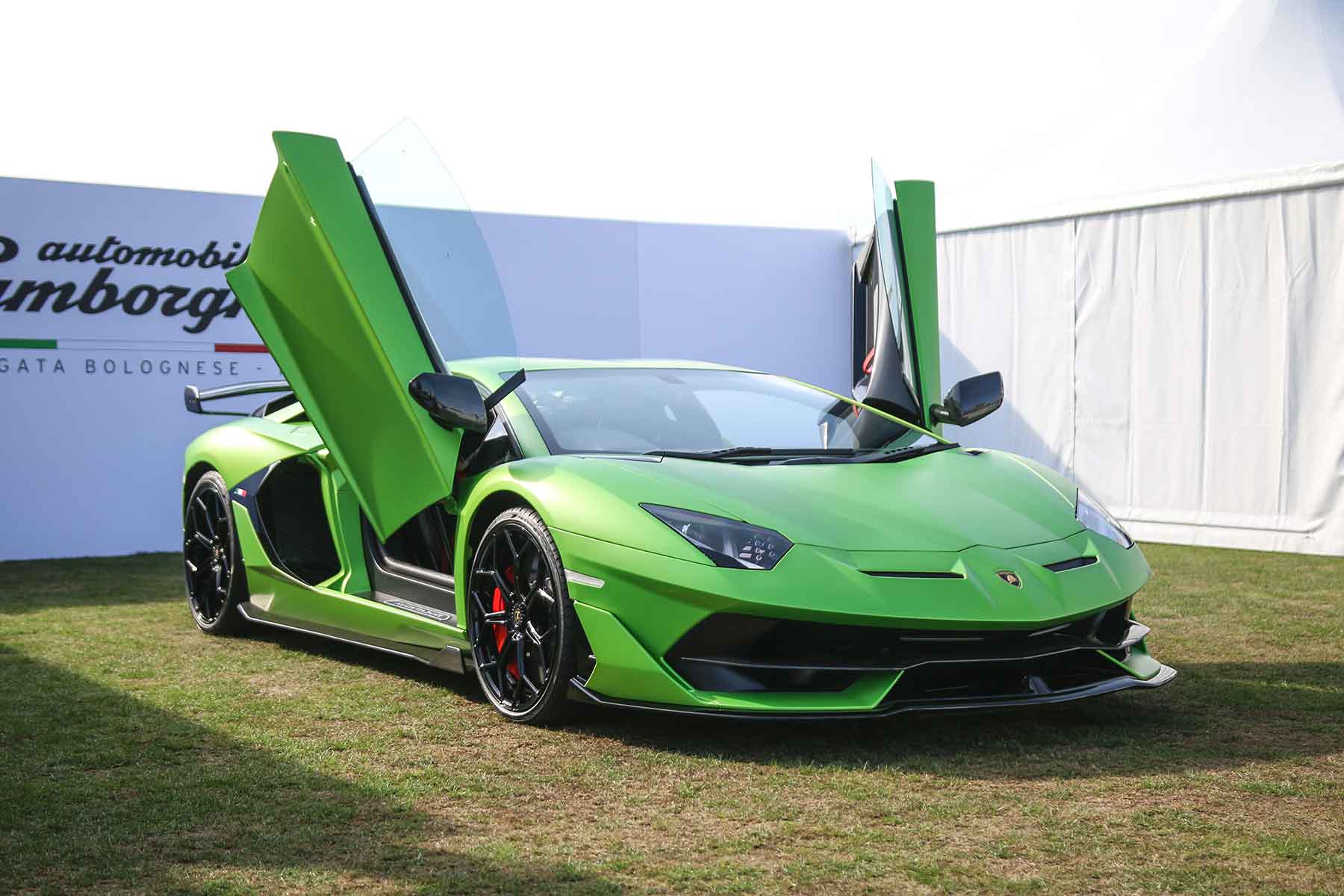 The SVJ is the ultimate Aventador and, potentially, the last naturally-aspirated V12 Lamborghini. Its SuperVeloce Jota name harks back to the near-mythical lightweight Miura of 1970.

Cutting kilos is one way Lamborghini achieved that 6:44.97 Nordschleife lap (2.3 seconds quicker than the Porsche 911 GT2 RS). Prolific use of carbon fibre, aluminium wheels and a shortened exhaust system contribute to a dry weight of 1,525kg – 50kg less than a ‘standard’ Aventador S.

Active ‘ALA 2.0’ aerodynamics are the third weapon in the SVJ’s arsenal. A new bi-plane front splitter, larger underbody diffusers and that Airbus-sized rear wing boost downforce by 40 percent on both axles versus the Aventador SV. The system also simulates torque vectoring by opening or closing flaps on either side of the car when cornering.

“From a space ship to a jet fighter”

Whether on-track or lapping Harrods, there’s no mistaking the SVJ for anything else. New nostril air intakes, bare carbon side skirts, shotgun-style tailpipes and, of course, that preposterous wing all ramp up the aesthetic aggression. Lamborghini CEO Stefano Domenicali says the design “draws on every inspiration from a space ship to a jet fighter”. 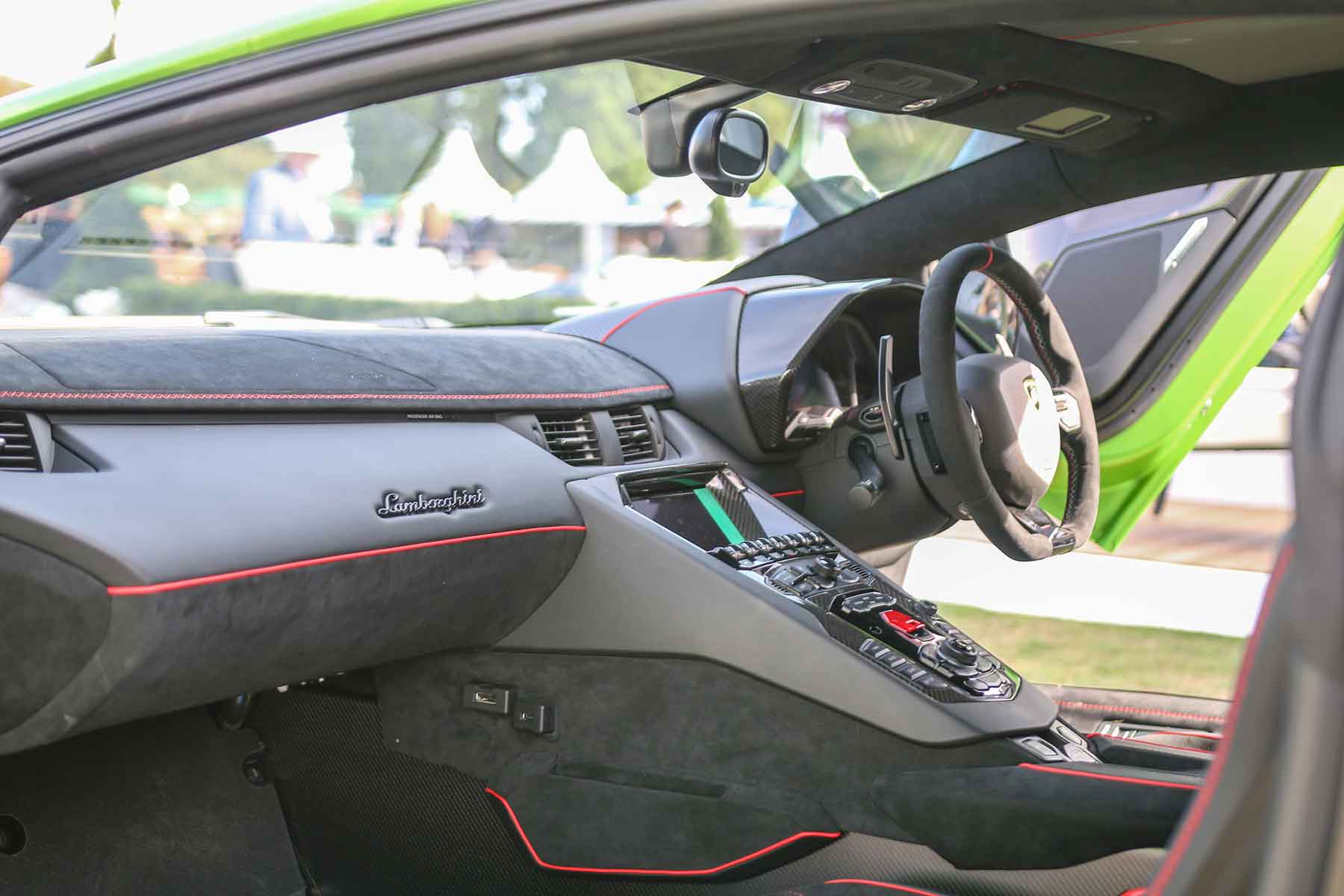 At Salon Privé, the exclusive supercar show where the SVJ was revealed, the assembled journalists were also treated to a start-up and some gratuitous – and glorious – engine revving. Watch our video for the full effect, but rest assured the V12’s bark sounds every bit as brutal as its bite…

Even at “more than £360,000” the SVJ looks a safe bet for future investment. But you’d better be quick: only 900 cars will be made, and most have already found buyers. There will also be a “special edition of a special edition” SVJ 63, with more carbon and ‘63’ graphics that celebrate Lamborghini’s year of birth. All were pre-sold.

Check out our gallery to see more pictures of the Aventador SVJ – and other highlights from Salon Privé.