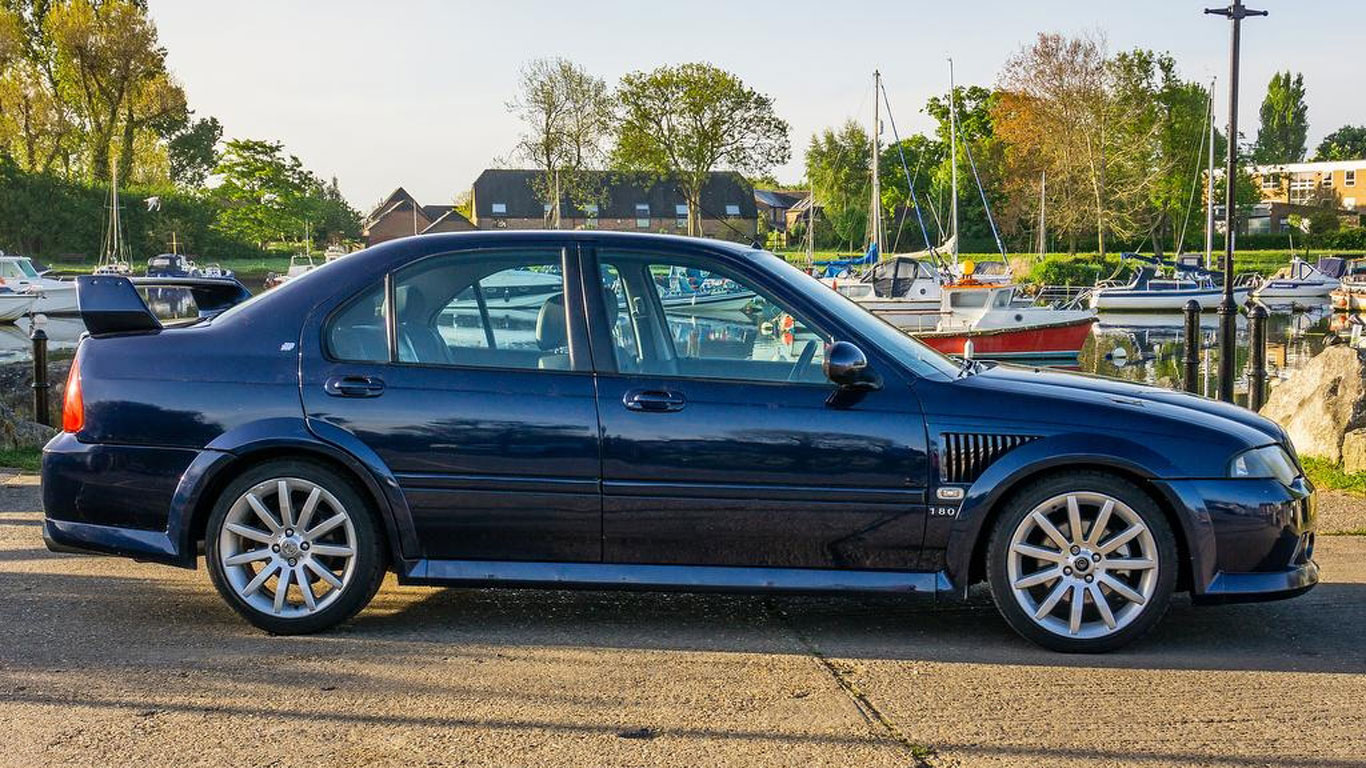 You could spend £1,500 on the deposit of a PCP deal on a new car, only to spend another couple of hundred quid a month for the next few years, before handing back the keys at the end of the contract.

Alternatively, you could spend the same amount on a used car and have fun enjoying life with your own car. Which is why we’ve been trawling the pages of Auto Trader in search of fun cars for less than £1,500. 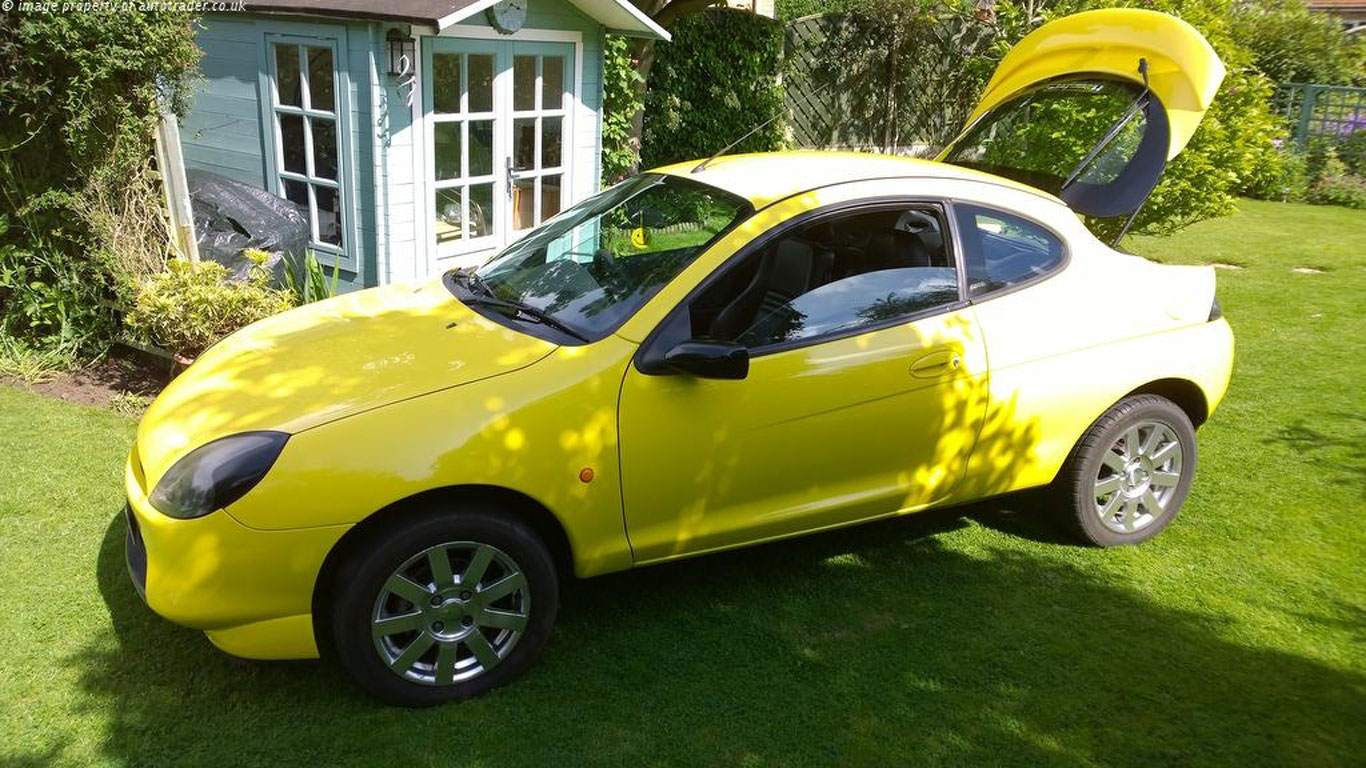 Draw up a list of the most fun-to-drive front-wheel-drive cars and the Ford Puma will be close to the top. The Millennium special edition is a rare thing – 1,000 were built – each one finished in yellow, with a numbered plaque, bespoke centre caps and black leather seats. This one isn’t the cheapest available, but the condition looks good and the Millennium factor should make it collectable in the future. You’ve just got to like yellow paint. 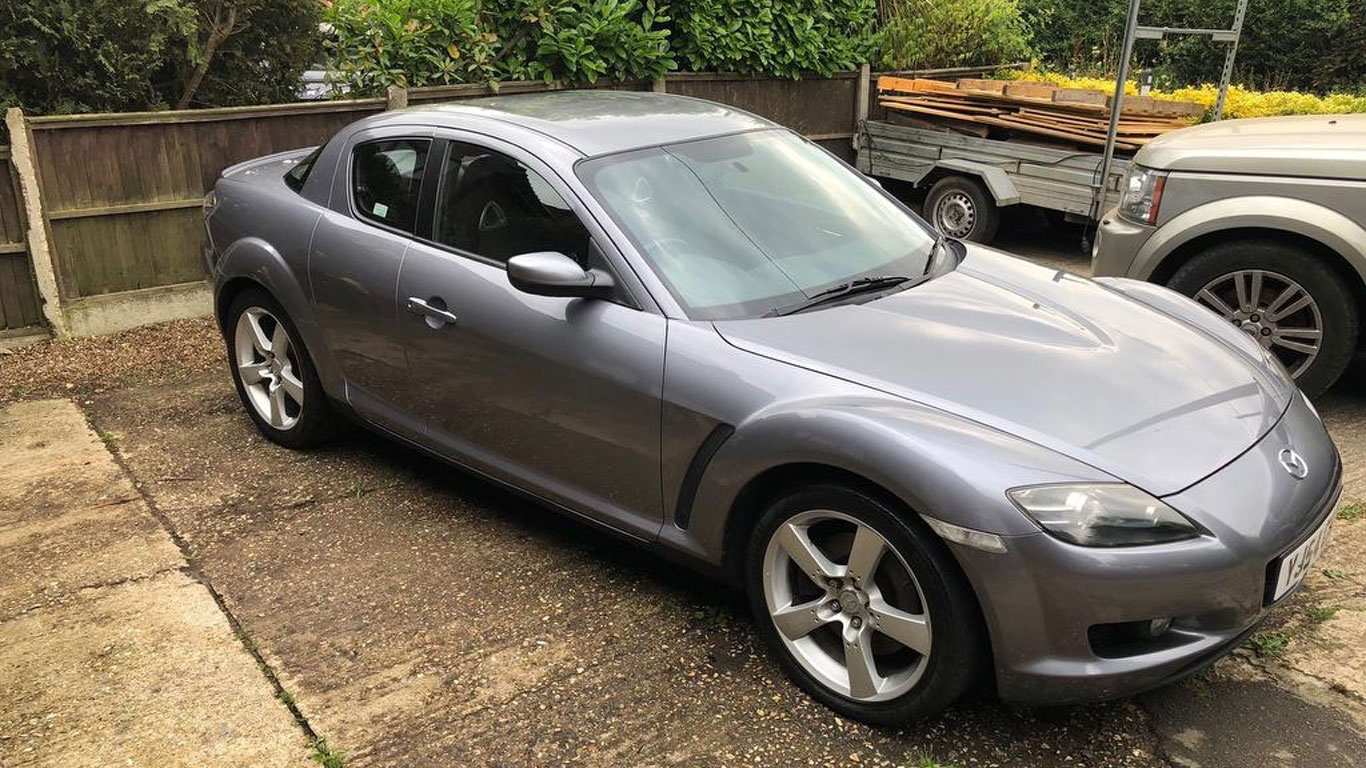 We’re not going to pretend that buying a cheap Mazda RX-8 isn’t as risky as betting your house on the outcome of the 6.45 at Haydock, but a rotary-engined sports car with suicide rear doors has to be more exciting than a compact crossover, right? This 2005 example has 62,000 miles on the clock and will come with a fresh MOT. 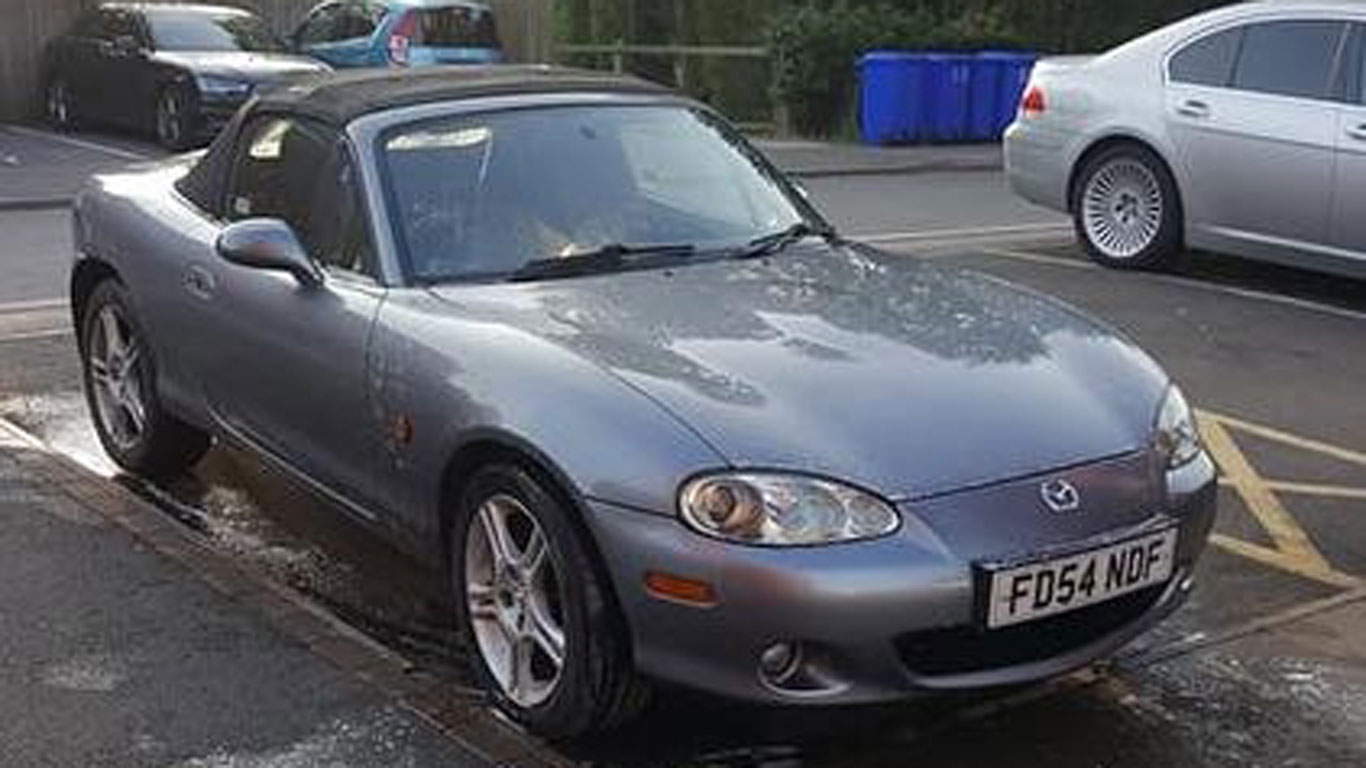 There are plenty of Mazda MX-5s for sale within budget, so you can afford to be selective. Corrosion is a potential MX-5 killer, and the seller of this 2004 example says the rear arches are starting to see some rust. On the plus side, it has just been serviced and won’t need an MOT until December – by which time the hot summer of 2018 will be a distant memory. 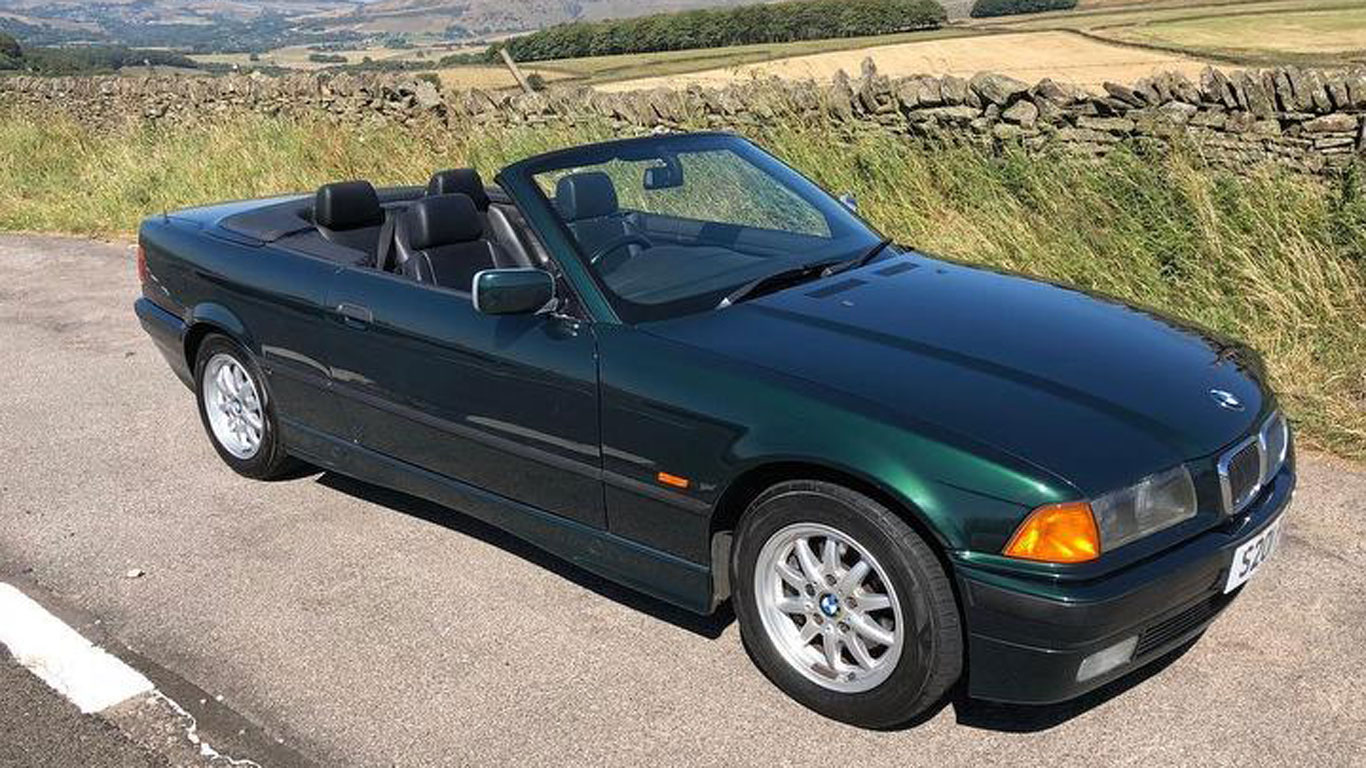 All this class and sophistication for just £1,500 – sweet. Assuming it’s as good as it looks – the last MOT looks encouraging – this 1999 BMW 328i convertible could be a summer steal. Spend a few months enjoying it over the summer and you might even be able to sell for it for a small profit in the autumn. 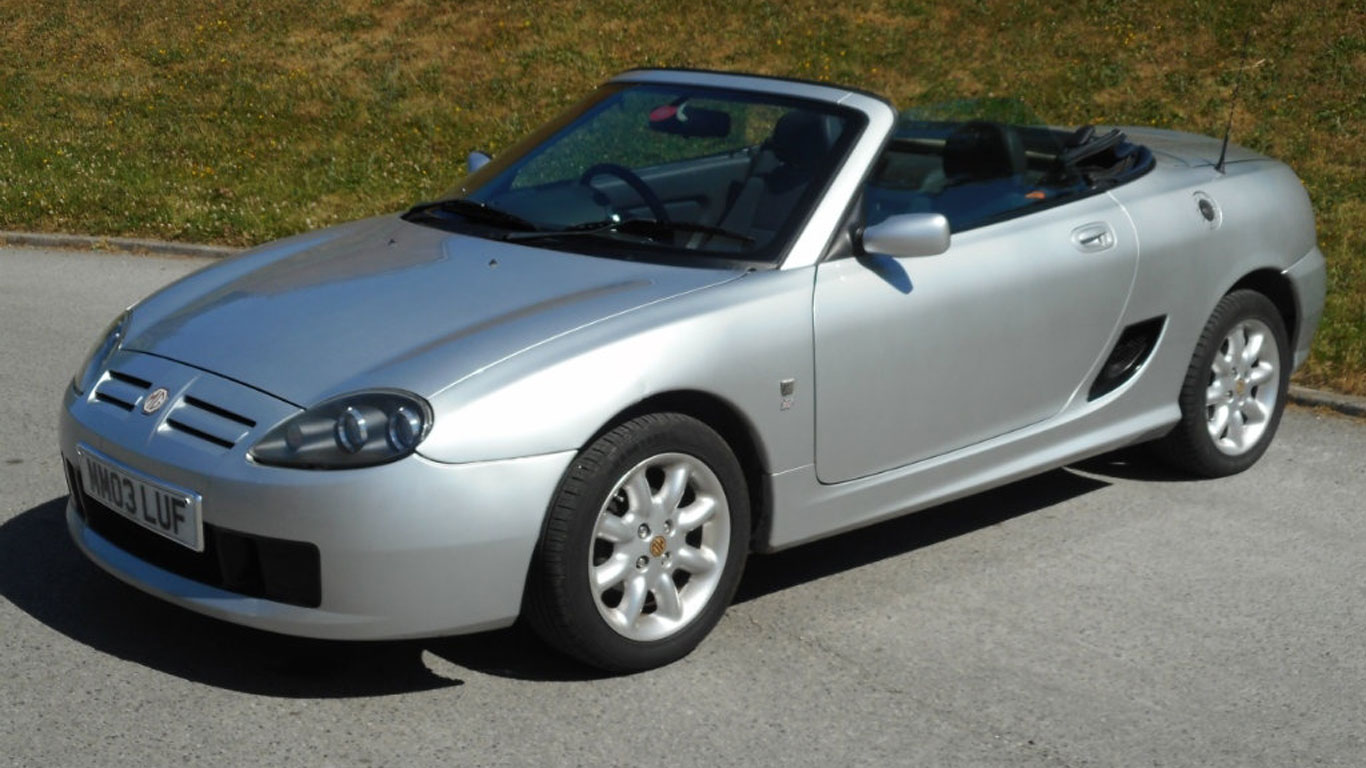 The MG TF didn’t have the best reputation for reliability when new – and the head gasket issue needs mentioning – but seek specialist help and this is a terrific, if slightly softer, alternative to the Mazda MX-5 and Toyota MR2. This 2003 example comes with a warranty, has got 52,000 miles on the clock, and is said to be in excellent condition. Sadly, the dealer says no discounts will be offered, but there’s no harm in trying. 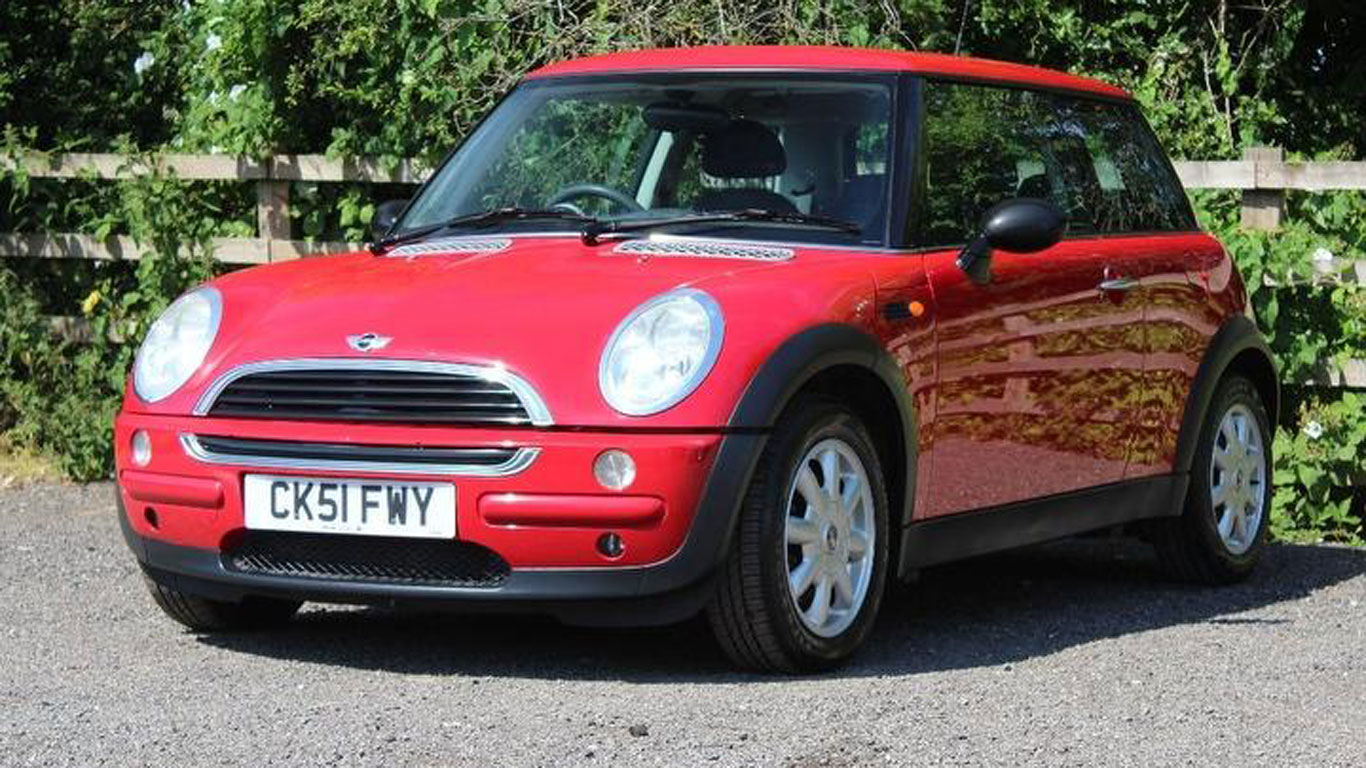 Launched after the Mini Cooper, the One arrived as the entry-level model, with a price tag of £10,300. More expensive than a top spec Ford Ka, perhaps, but the Mini had the build quality and the kudos of the badge. This early example has had just one lady owner from new, and you won’t need to MOT it until March 2019. 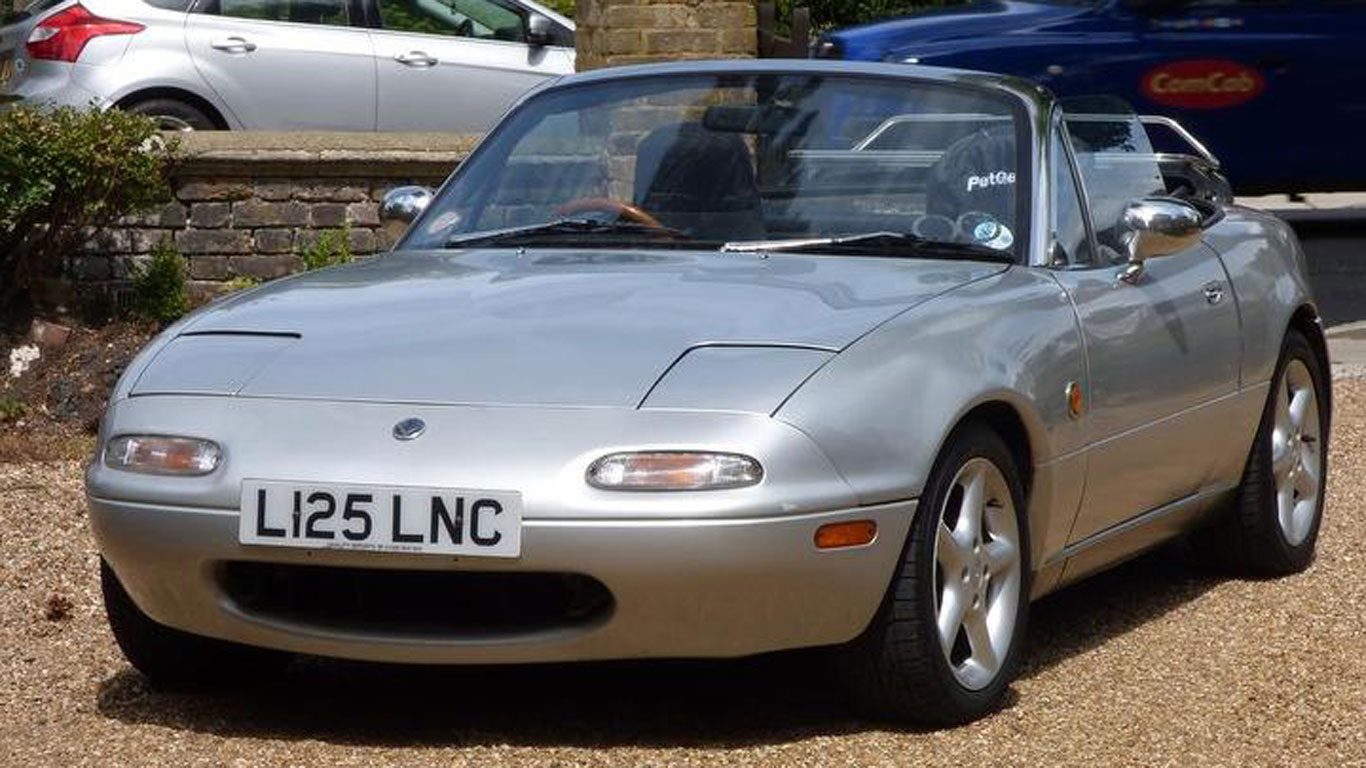 The Mazda Eunos is the Japanese name for the MX-5, meaning this is an imported car. But don’t let that put you off, because Mk1 Eunos models tended to be better equipped, while Japan’s unsalted roads are kinder to the car’s body and structure. This 1994 example was imported in 2002 and has “minimal rust on the sills”. 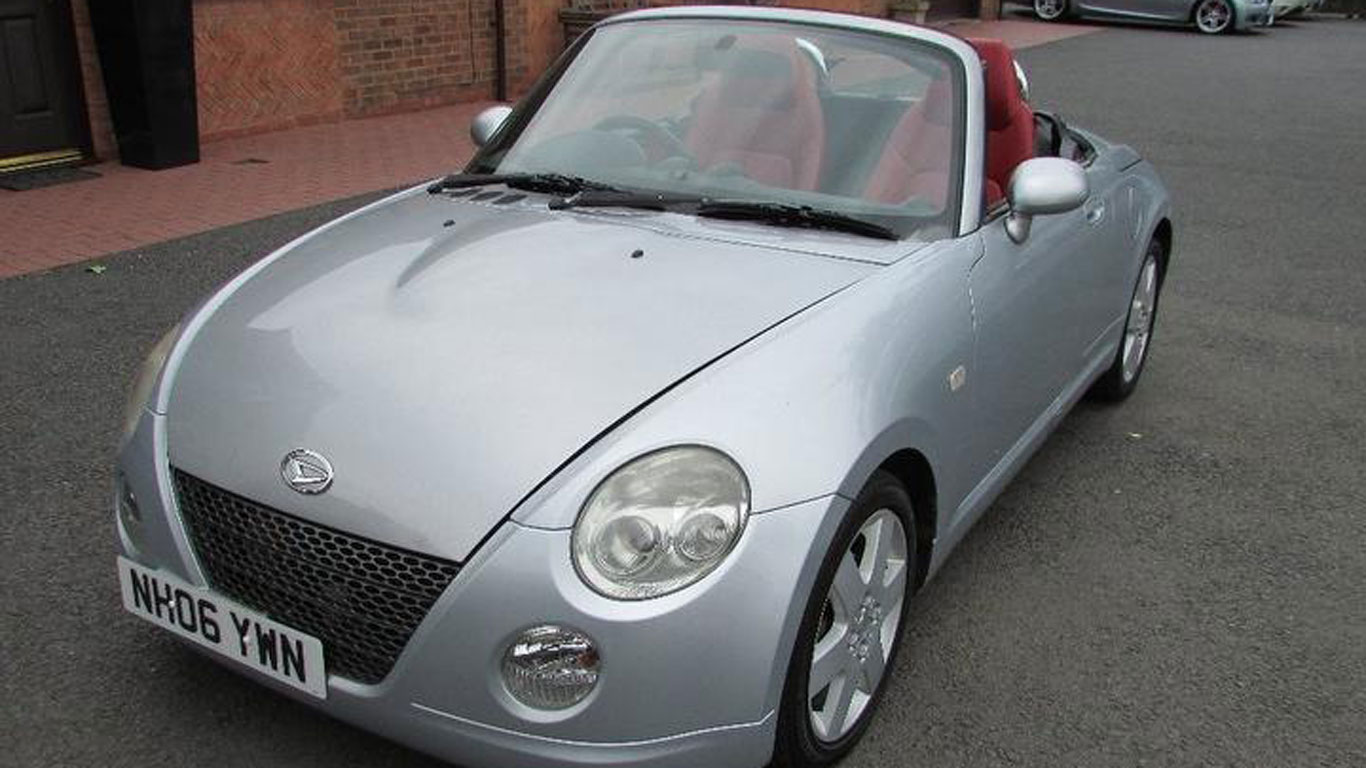 With its electrically folding hardtop roof, you can view the Daihatsu Copen as a kind of tiny Mercedes-Benz SLK. And, we do mean tiny – 6ft drivers need not apply. This is an early Copen with 0.66-litre three-cylinder engine – the later cars were powered by a 1.3-litre unit – and it’s up for a bargain £1,500. That said, as a part-exchange vehicle, it’s offered with no warranty, so do your homework before parting with any cash. 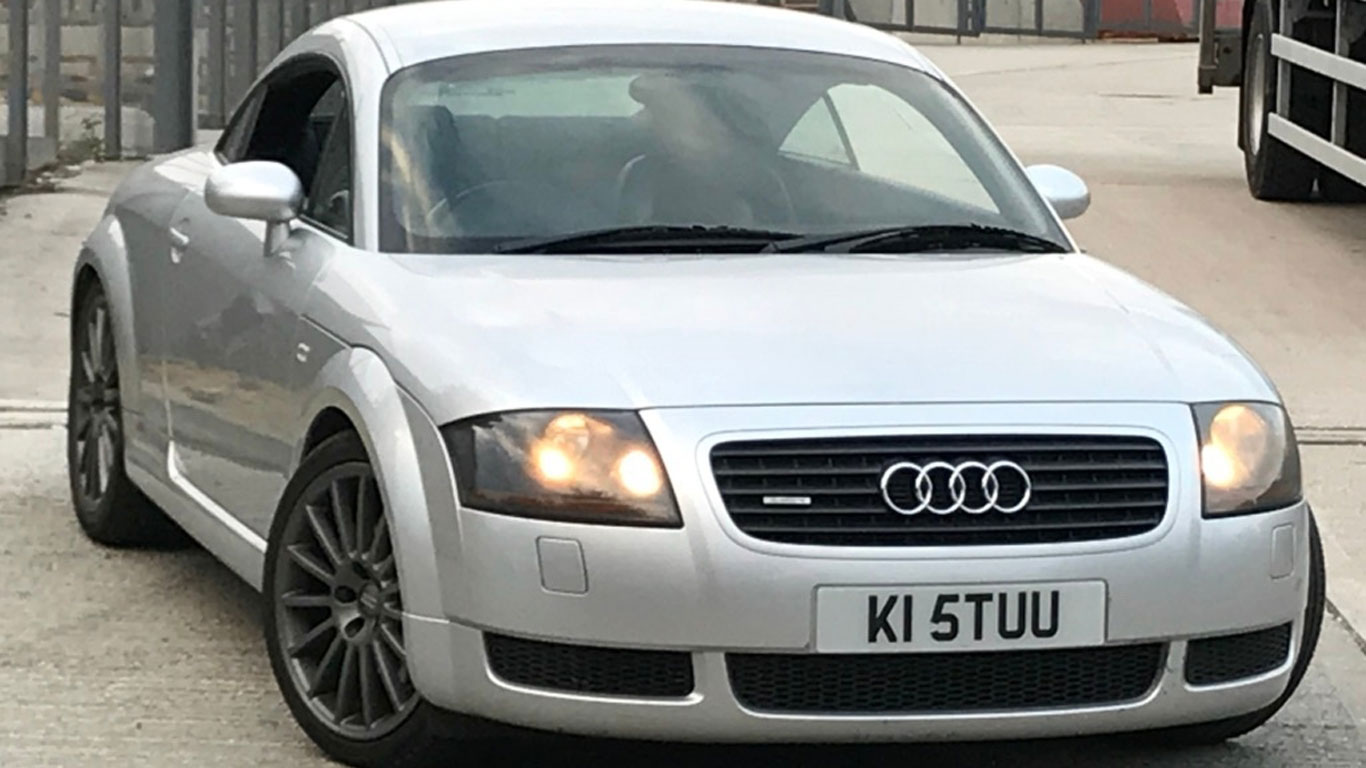 Twenty years on from its launch, the Audi TT still looks like a concept car for road and, in our opinion, remains better looking than the subsequent models. We’re a little surprised to find a selection of cars available for this budget, so take the opportunity before prices head north. The mileage on this 1.8-litre example is nothing to be afraid of, but you might want to arrange a fresh MOT before taking the plunge. 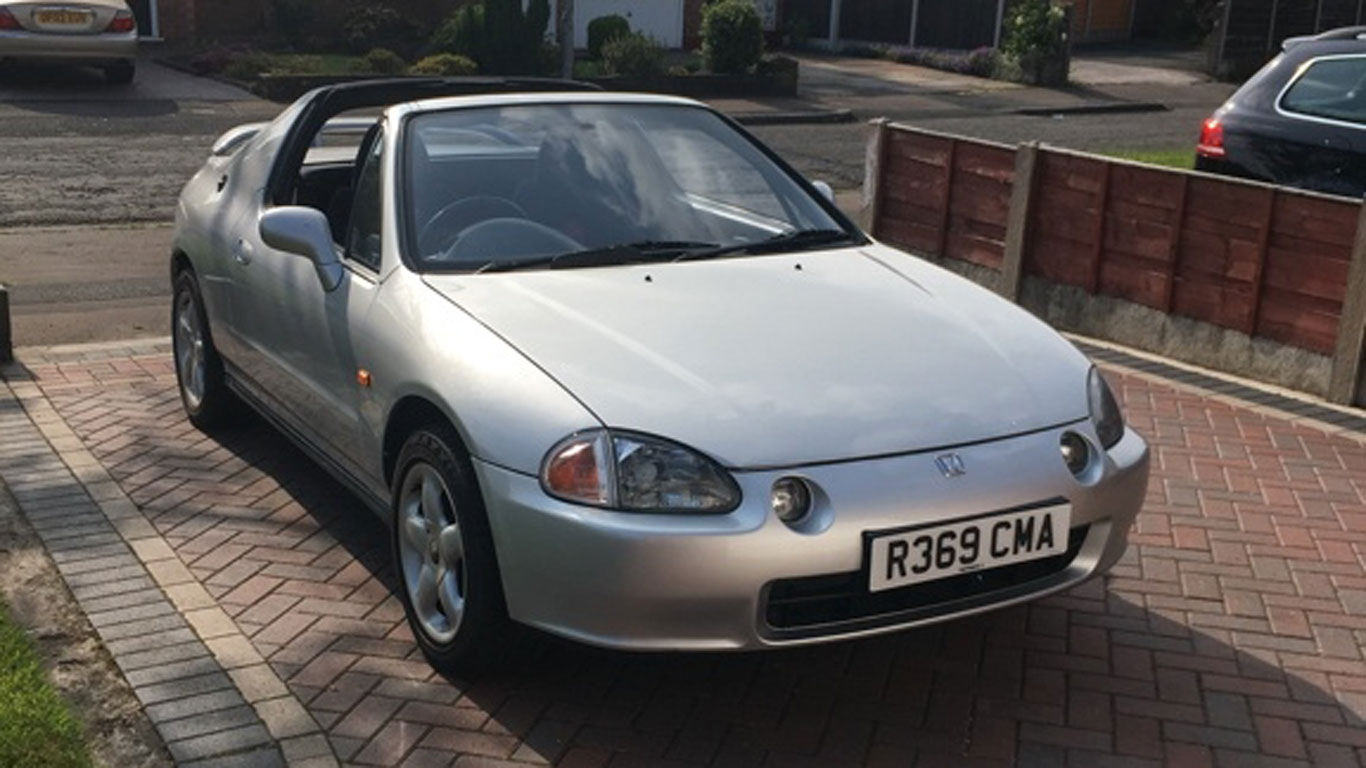 The Mk3 Honda CRX Del Sol is heavier and less exciting to drive than its predecessors, but don’t let that put you off, because its talents lie elsewhere. The electric and automatic targa top is a neat piece of kit, while the styling is ageing beautifully. The MOT history on this 1997 example looks very encouraging, with no mention of rust. 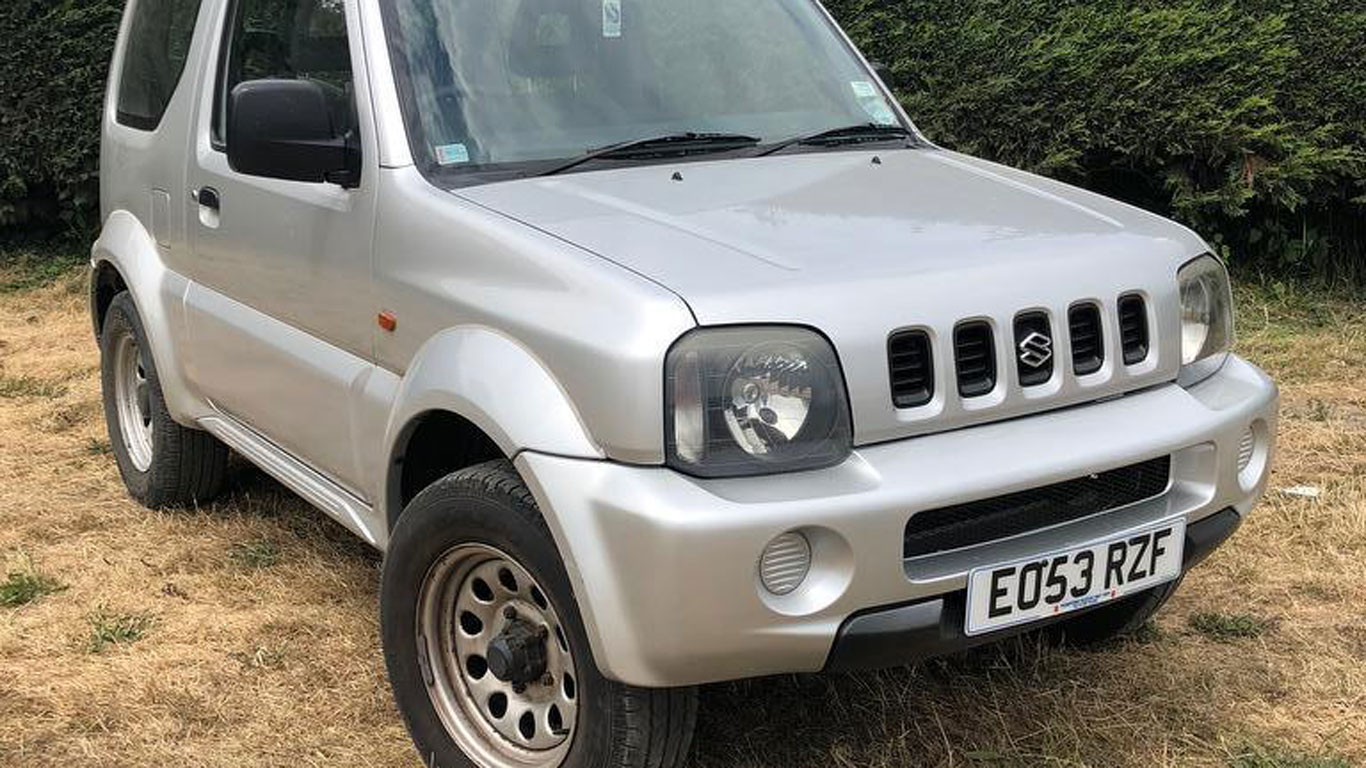 After 20 years, production of the current Suzuki Jimny has ended, as the world waits for the fourth-generation model to go on sale in 2019. You don’t have to wait until next year, not when you can buy an outgoing version for £1,500. This is an automatic, so it won’t be for everyone, but with 67,331 miles on the clock, it has got plenty of life left in it. 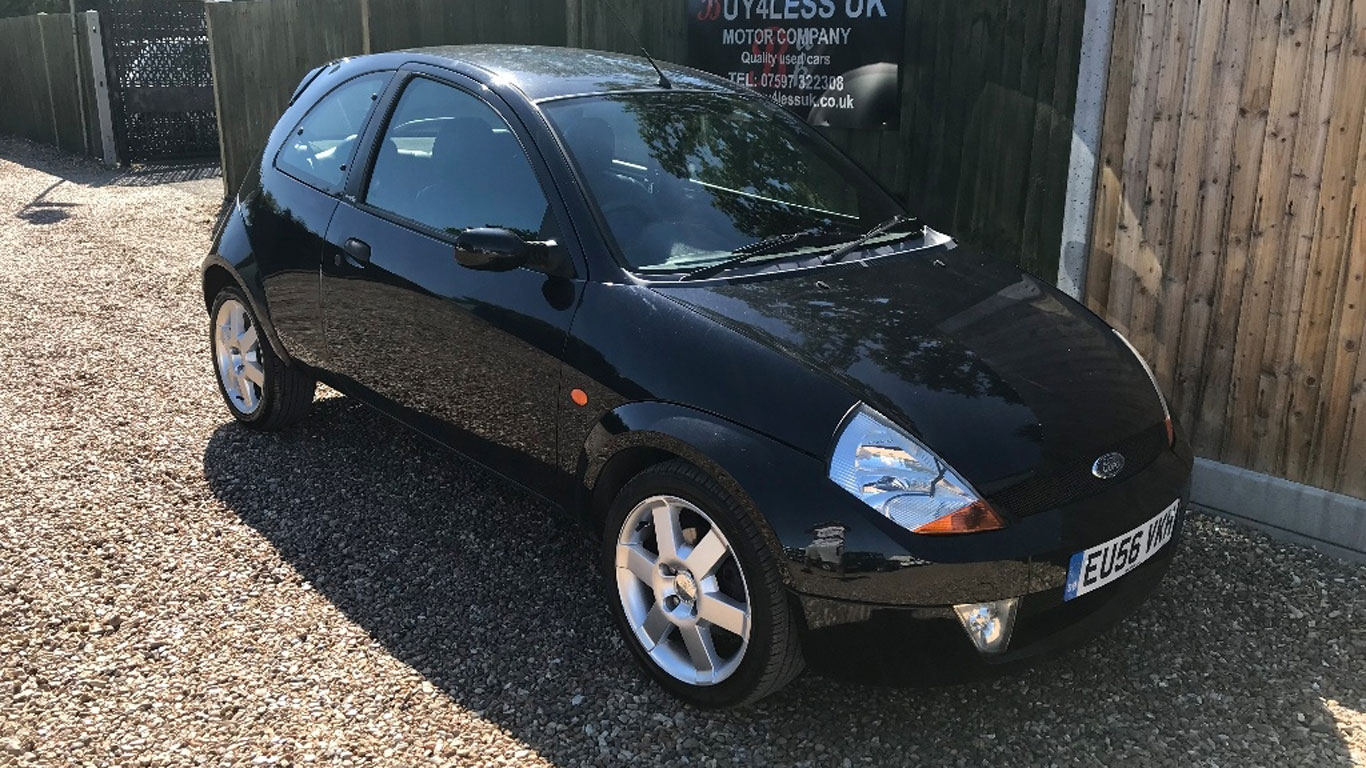 Forget the Volkswagen Up GTI for a moment, because the Ford SportKa is junior hot hatch built in the same spirit as the Mk1 Golf GTI. There are enough for sale around the £1,000 mark for you to be choosy, but this one looks worthy of a test drive. The MOT history suggests rust might be an issue – corrosion is a Ka weak point – so approach with care and move on to another SportKa if you’re not sure. 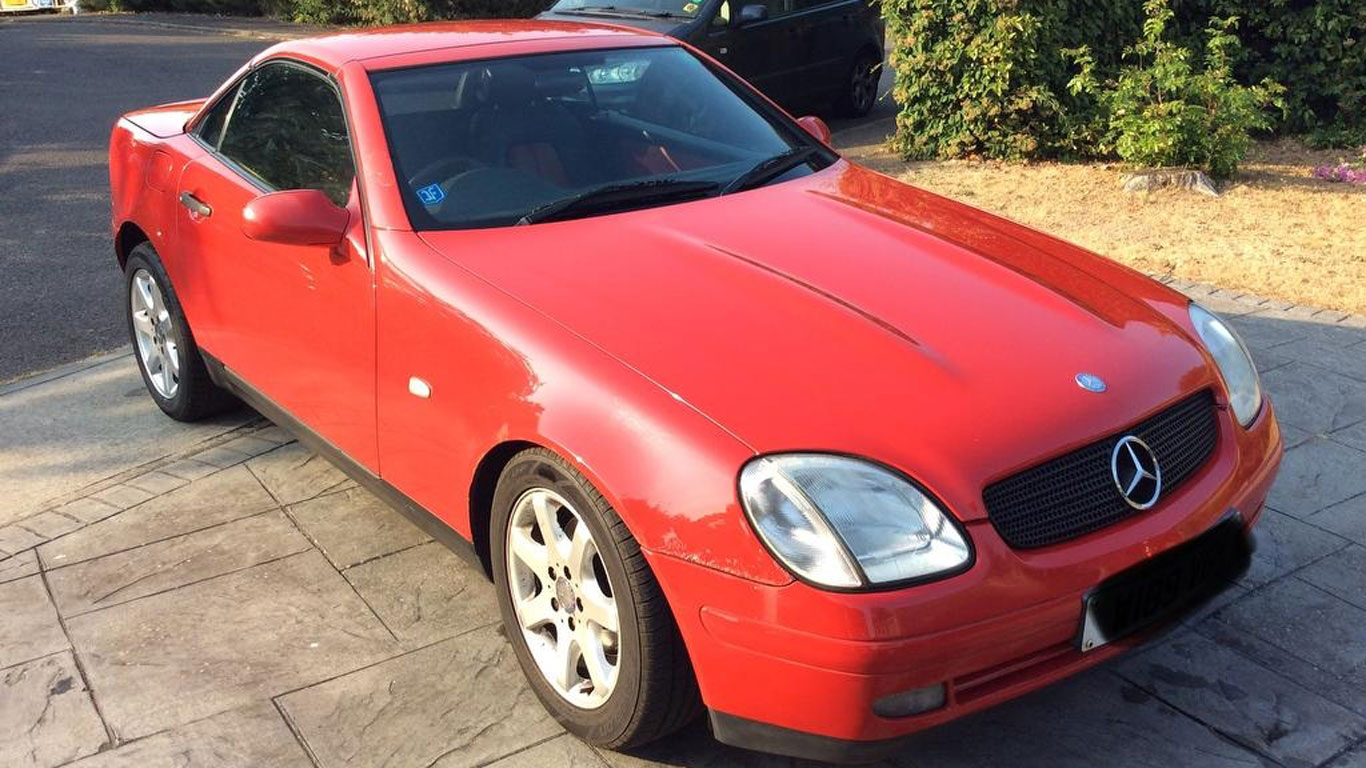 At the time of writing there were 15 Mercedes-Benz SLKs available for less than £1,500, although admittedly some had a few known issues. We selected the best one – a SLK 230 for £1,150 – but it sold before we went live. Instead, you might want to consider this 2000 example with 90,000 miles on the clock. The seller has owned it for over four years and has used a Mercedes specialist for servicing. Nice. 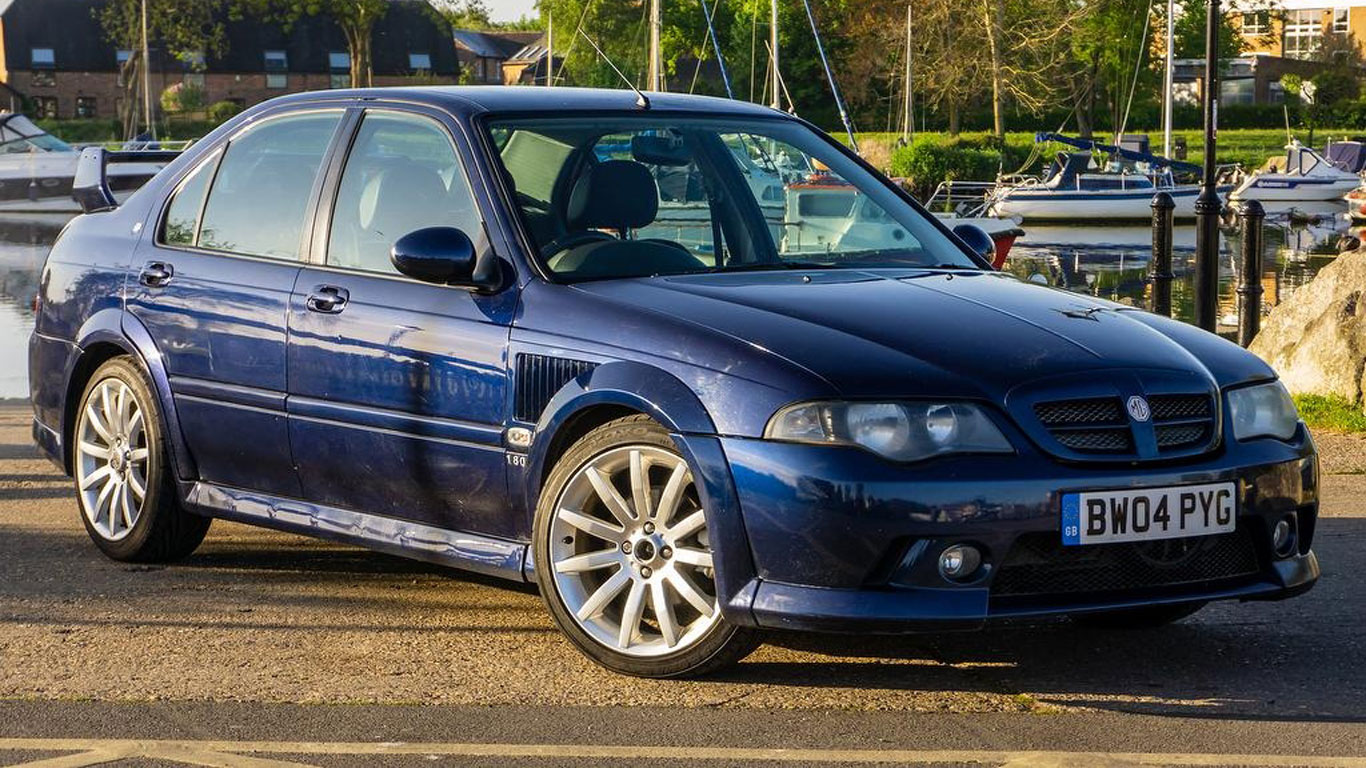 You have to say, this is a lot of car for the asking price. The 180 was the flagship of the MG ZS range, powered by a creamy 2.5-litre V6 engine without the dreaded K-Series head gasket issues. This 2004 example is “owned by [an] enthusiast”, who has written an honest description of the car. We like this, which is why we made it our cover star. 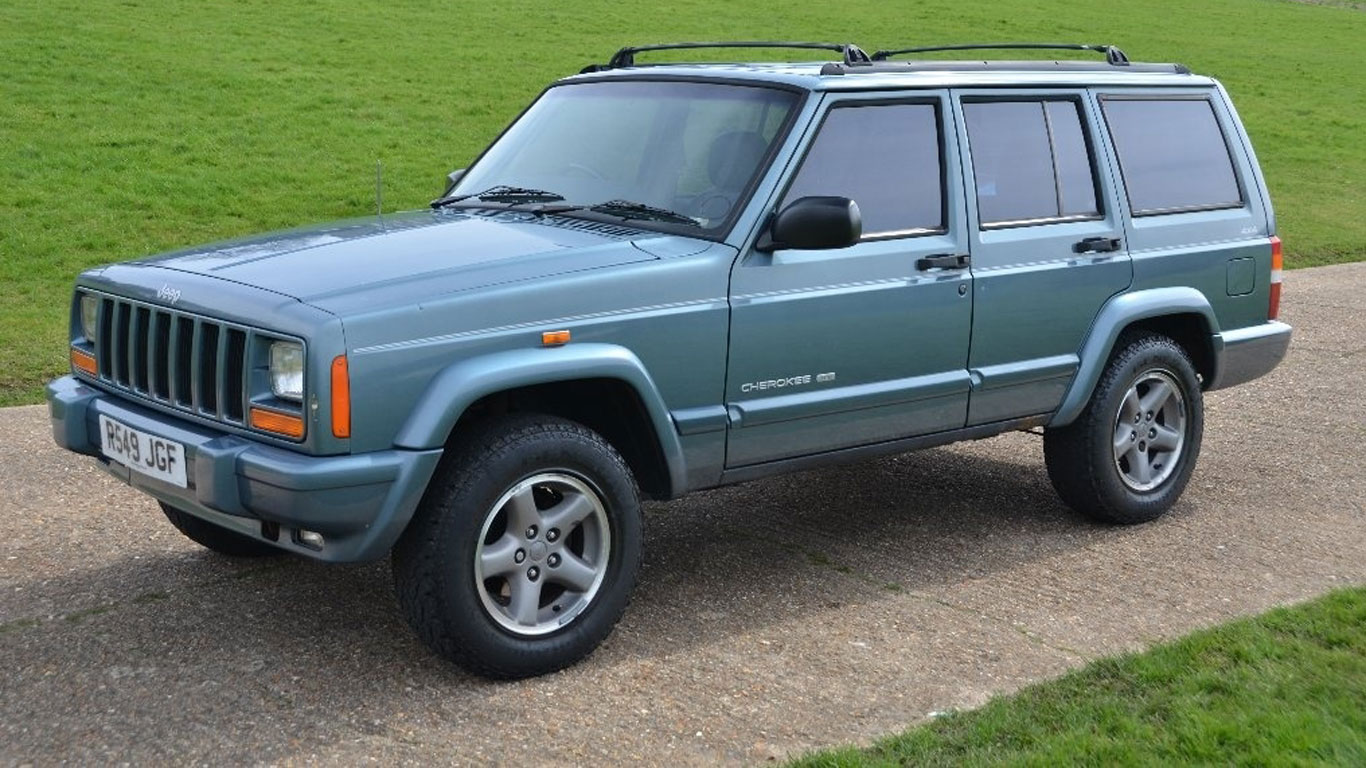 If you’re feeling brave, this could be a tremendous amount of fun, not least when you decide to venture into the wilderness. There is a catch: the MOT ran out in March. The list of failures and advisories will keep you busy for a couple of weekends, but if you’re handy with a spanner – or know a mate who can help – a Jeep Cherokee 4.0-litre is a wondrous off-road toy. 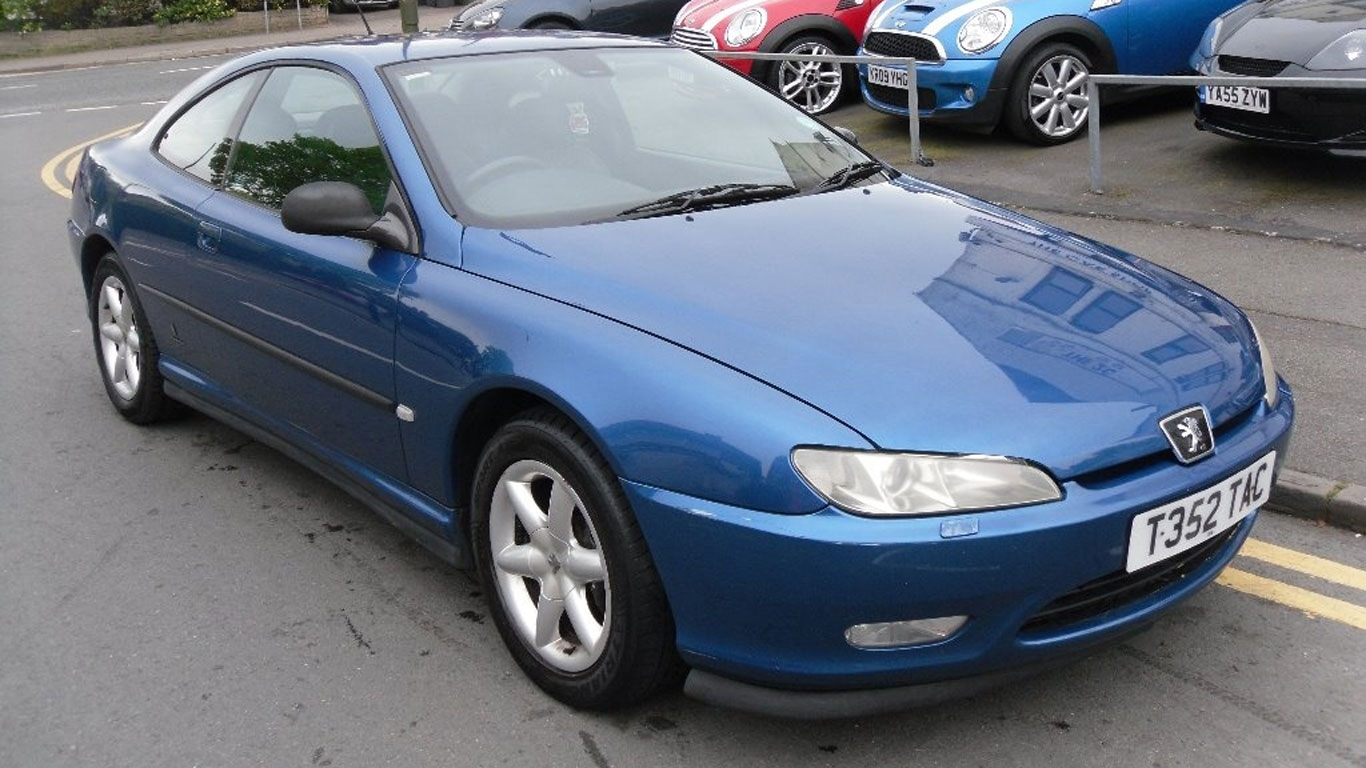 Here’s a challenge for you: find a prettier car available for less than a ‘bag of sand’. The Peugeot 406 Coupe is one of Pininfarina’s best creations, with a timeless design that’s as good today as it was in the late 90s. Even in what the seller describes as “average condition”, this 1999 example looks a million dollars. 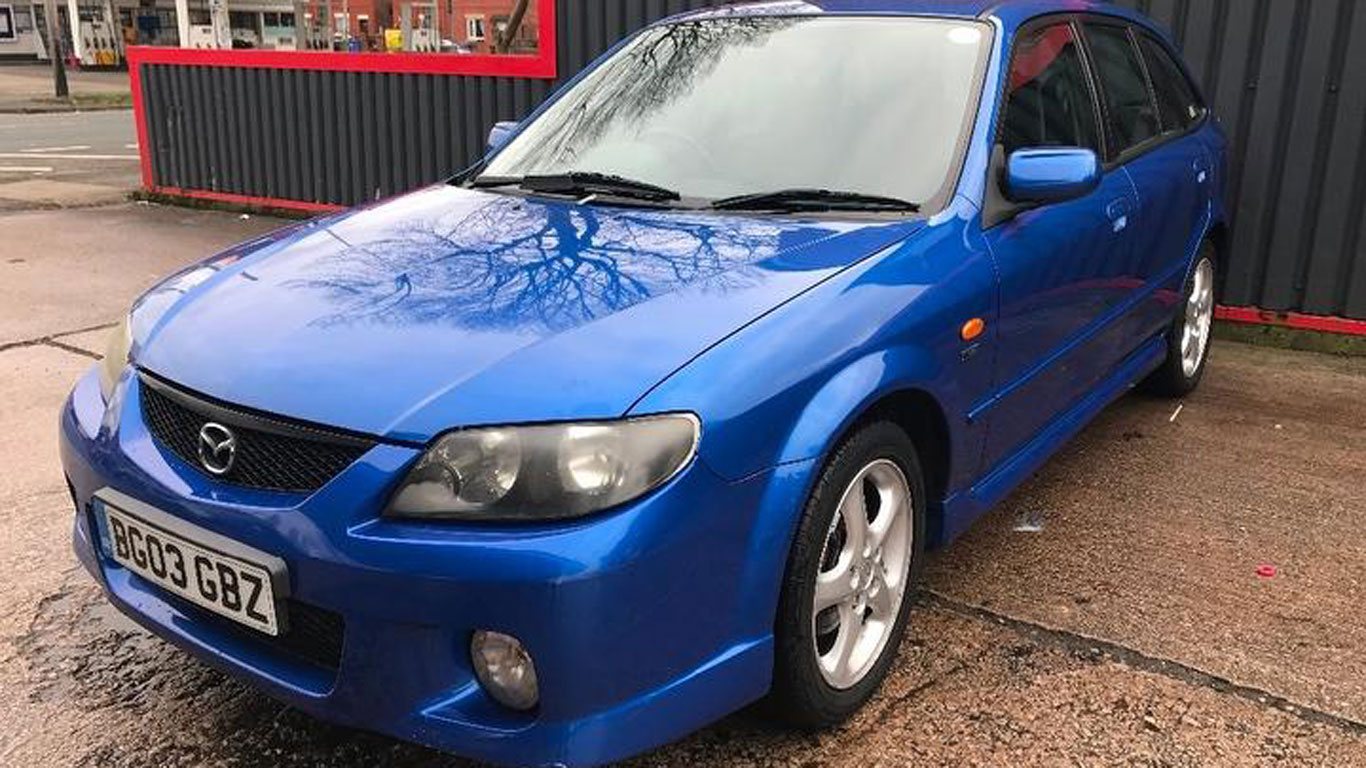 The Mazda 323 is far nicer to drive than you’d think, while the 2.0-litre petrol engine delivers brisk, if not scintillating, performance. According to the seller, this 2003 example is in excellent condition, but the MOT history would suggest that some welding has been done in the past. But, with a fresh MOT and a price tag of £895, it’s still better than a lengthy PCP deal. 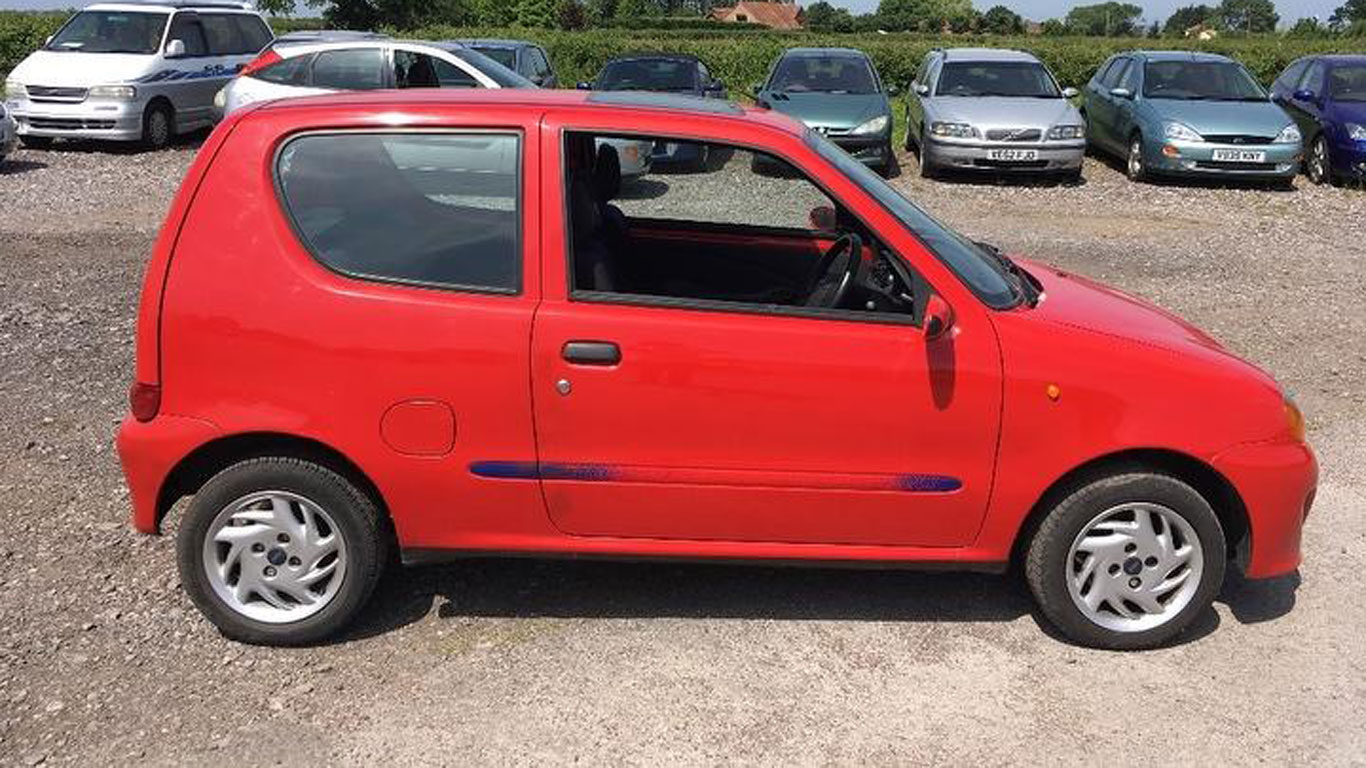 This Fiat Seicento Sporting passed an MOT with no advisories in June, is still wearing its original number plates, and has just 27,000 miles on the clock. So, what’s stopping you? Buy it now and enjoy some Italian fun. 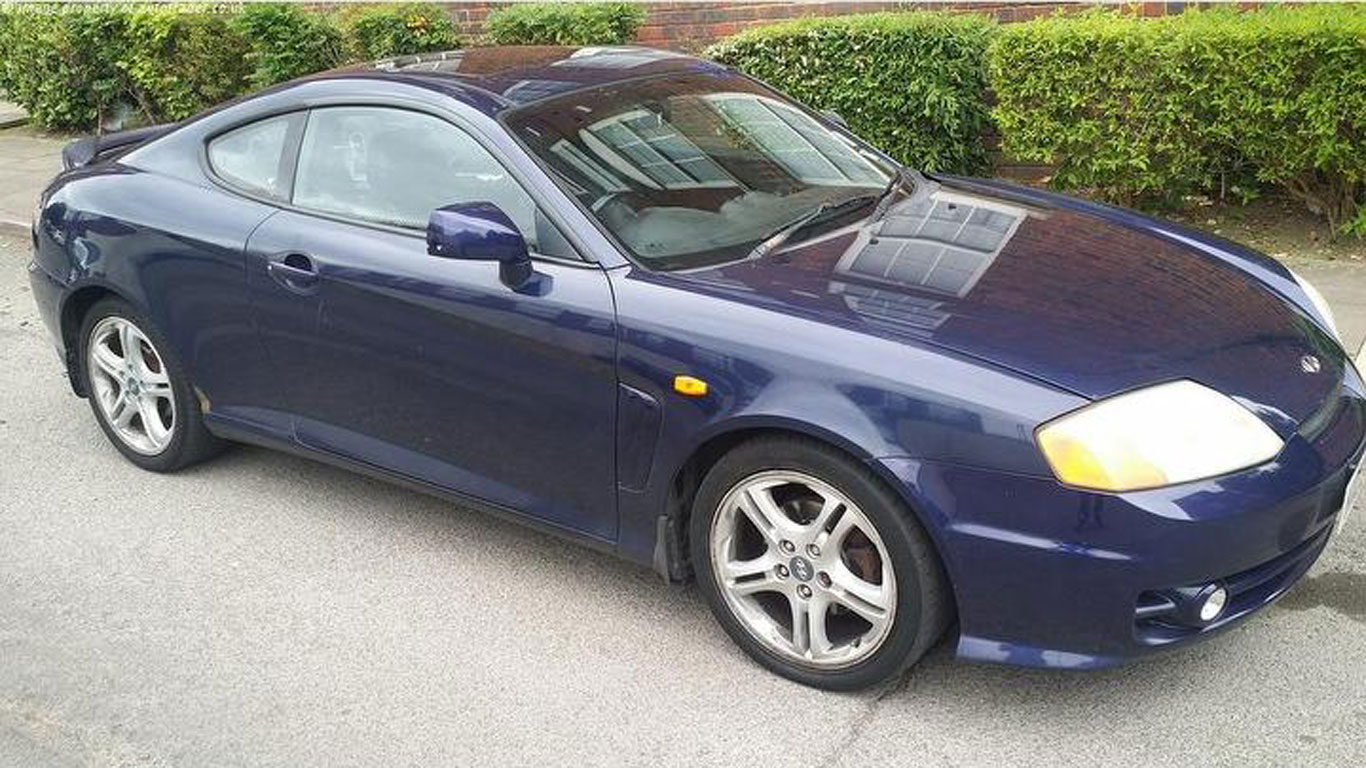 Squint really hard and this could pass as a Ferrari. OK, a Ferrari with a V6 engine and a Hyundai badge, but we did say you’d need to squint really hard. This 2003 example isn’t perfect, but you shouldn’t expect perfection for £700. The one concern would be the MOT, which runs out in a matter of days. 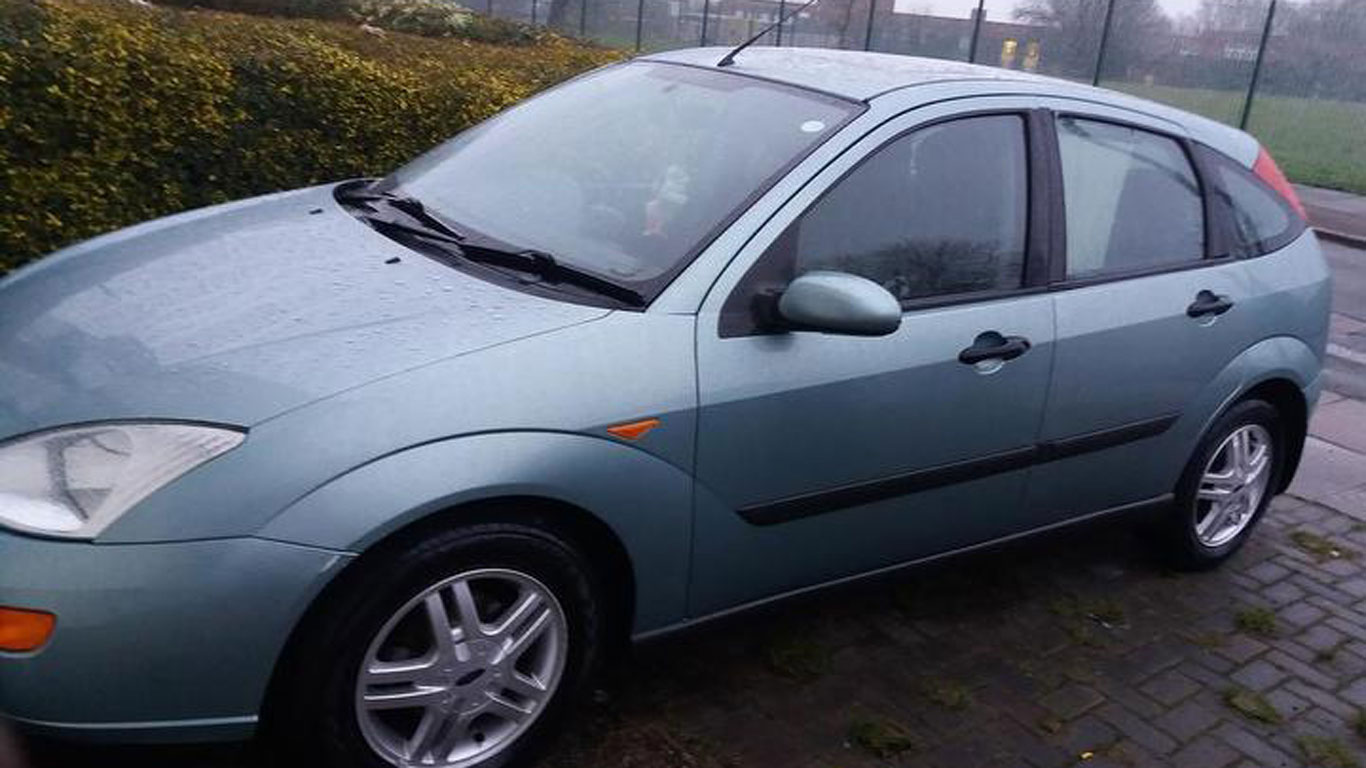 The Mk1 Ford Focus 1.6 Zetec is one of the most underrated driver’s cars you can buy, with a superb chassis, delightful gearbox and just enough power to perform. The seller hasn’t done a great job with the photos, but this 2000 car has an MOT until February 2019 and looks like a bargain at £650.