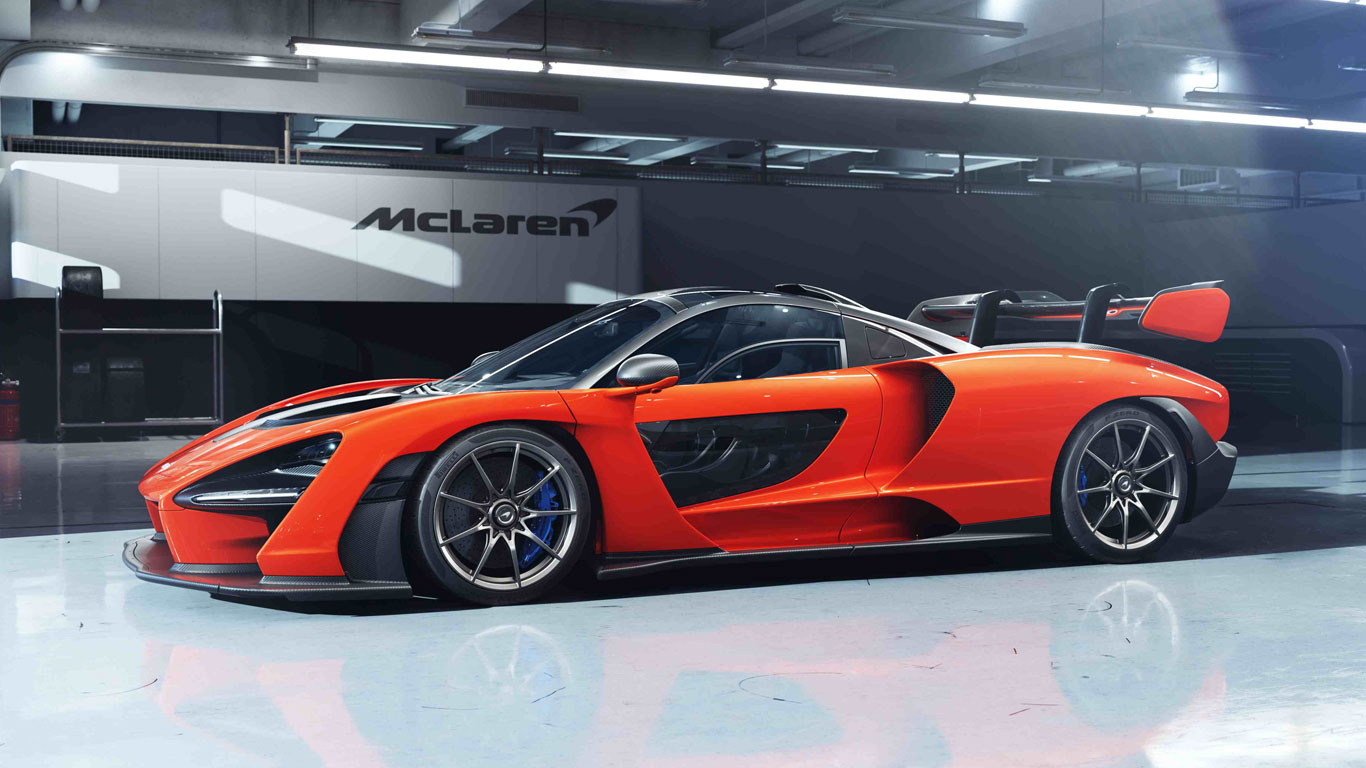 The McLaren Senna is the latest in a long line of cars named after a person, with Woking’s new supercar badged in honour of three-time F1 world champion, Ayrton Senna. Indeed, the 800hp Senna is a double-barrelled delight, with the McLaren name stemming from Bruce, the legendary racing driver from New Zealand. We used the Senna to go off in search of other cars named after people. 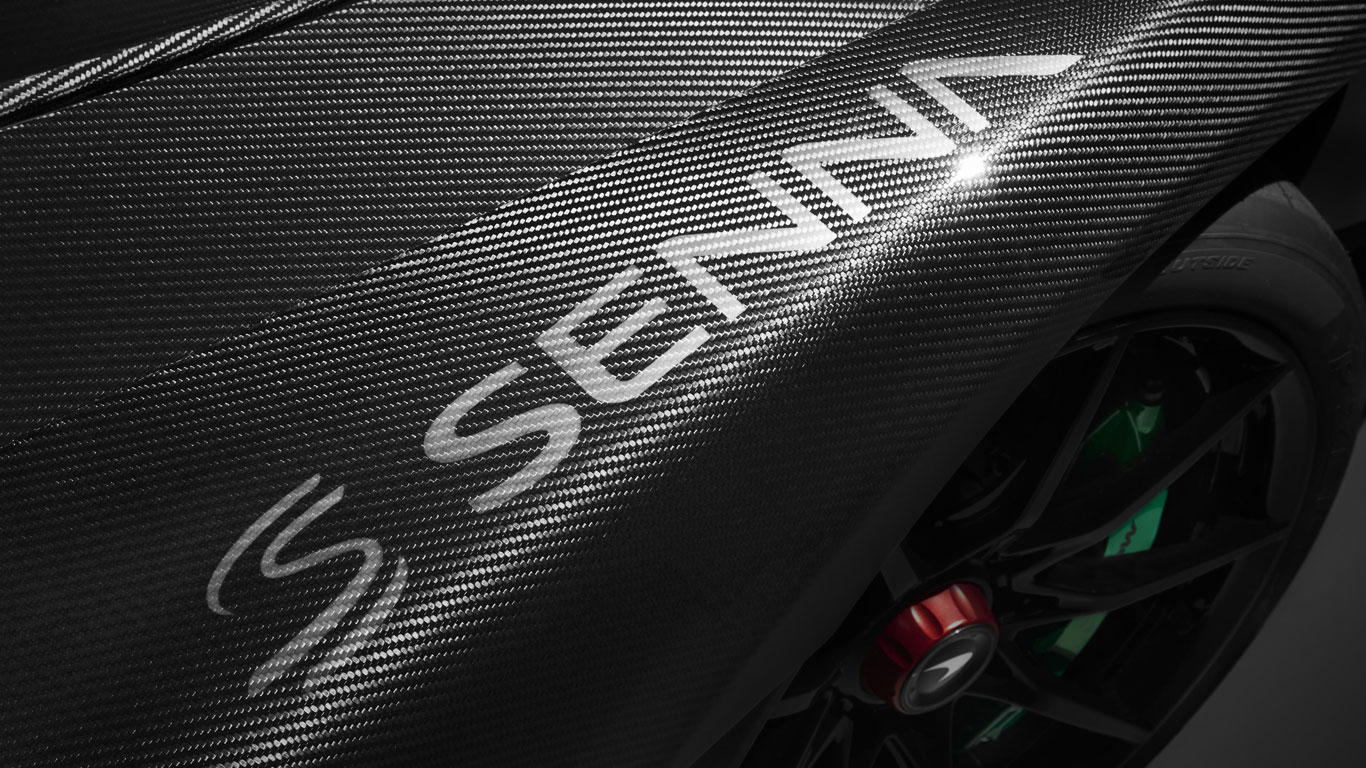 From our first drive of the Senna: “McLaren invited Bianca and Bruno Senna (Ayrton’s niece and nephew) over to its studio, to show them the project, then codenamed P15. It was to be the ultimate track car, one with ‘the purest connection to the driver ever’. One showing ultimate commitment and focus on details. Just like Ayrton. They loved it. The Senna was born.” 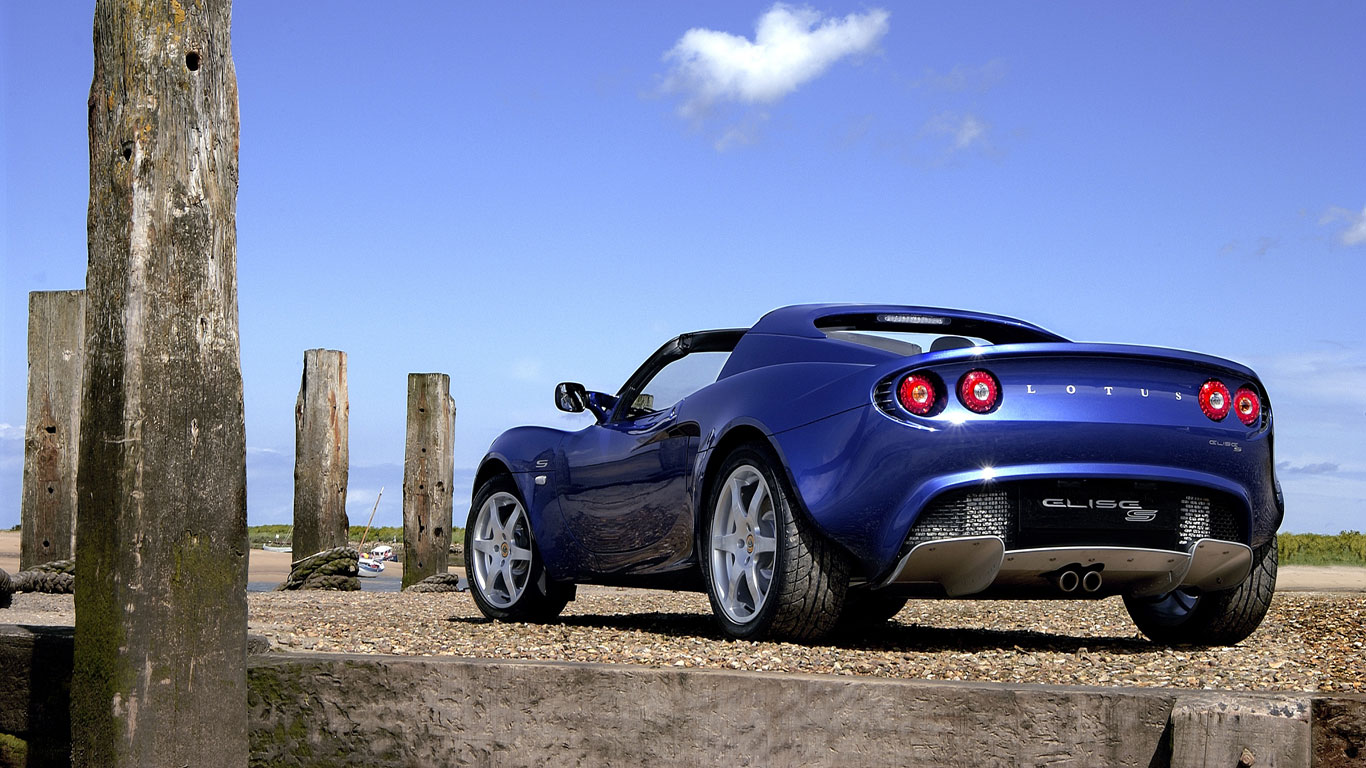 In 1993, Bugatti took charge at Lotus and, three years later, the Elise was born, named after the granddaughter of chairman Romano Artioli. Elisa Artioli was sat in the Lotus as the covers were pulled off at its unveiling at the Frankfurt motor show and today, she has a Facebook page dedicated to her European road trips. Her choice of car: a S1 Lotus Elise. It couldn’t be anything else. 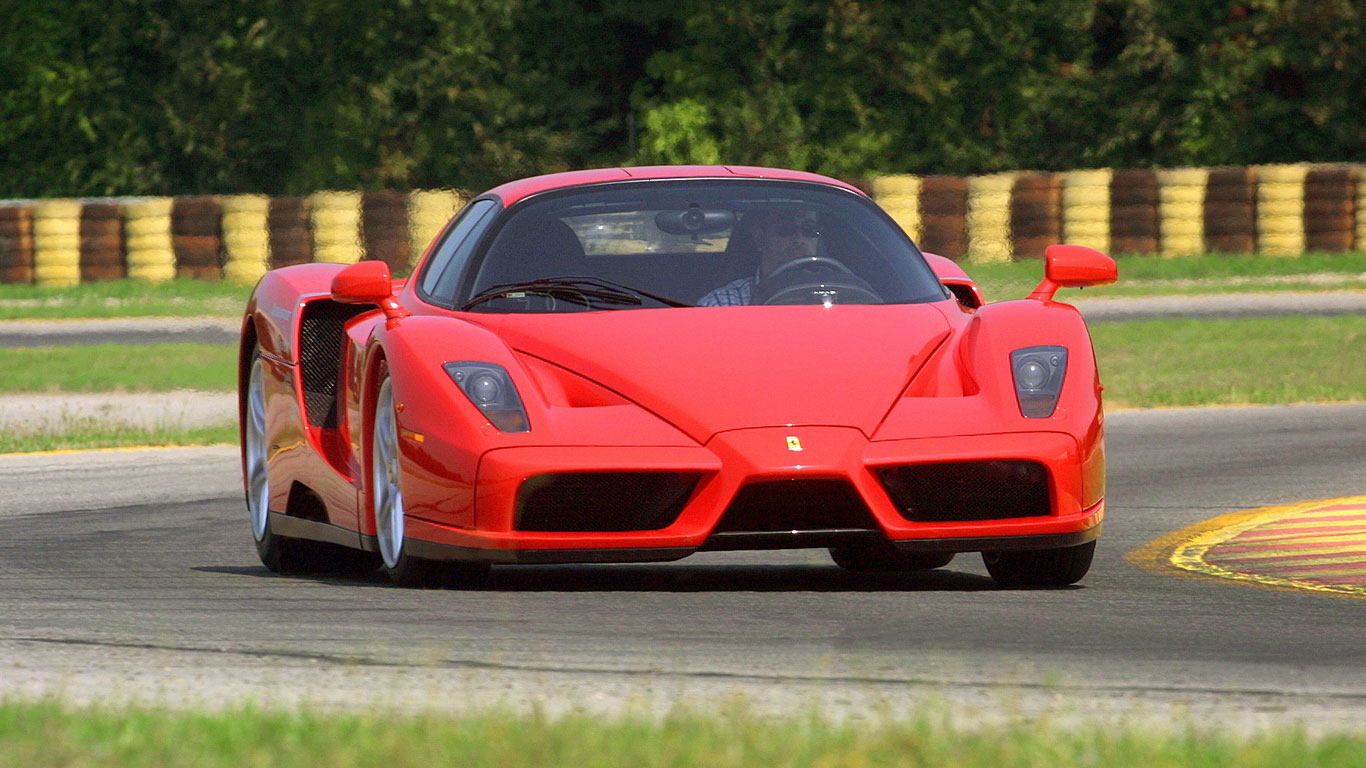 Ferrari’s hypercar of 2002 followed in the tyremarks of some of Maranello’s all-time greats, including the GTO and F40. It was, even by Ferrari’s standards, a landmark car – a benchmark for others to aspire to. Little wonder it was named after the company’s founder. 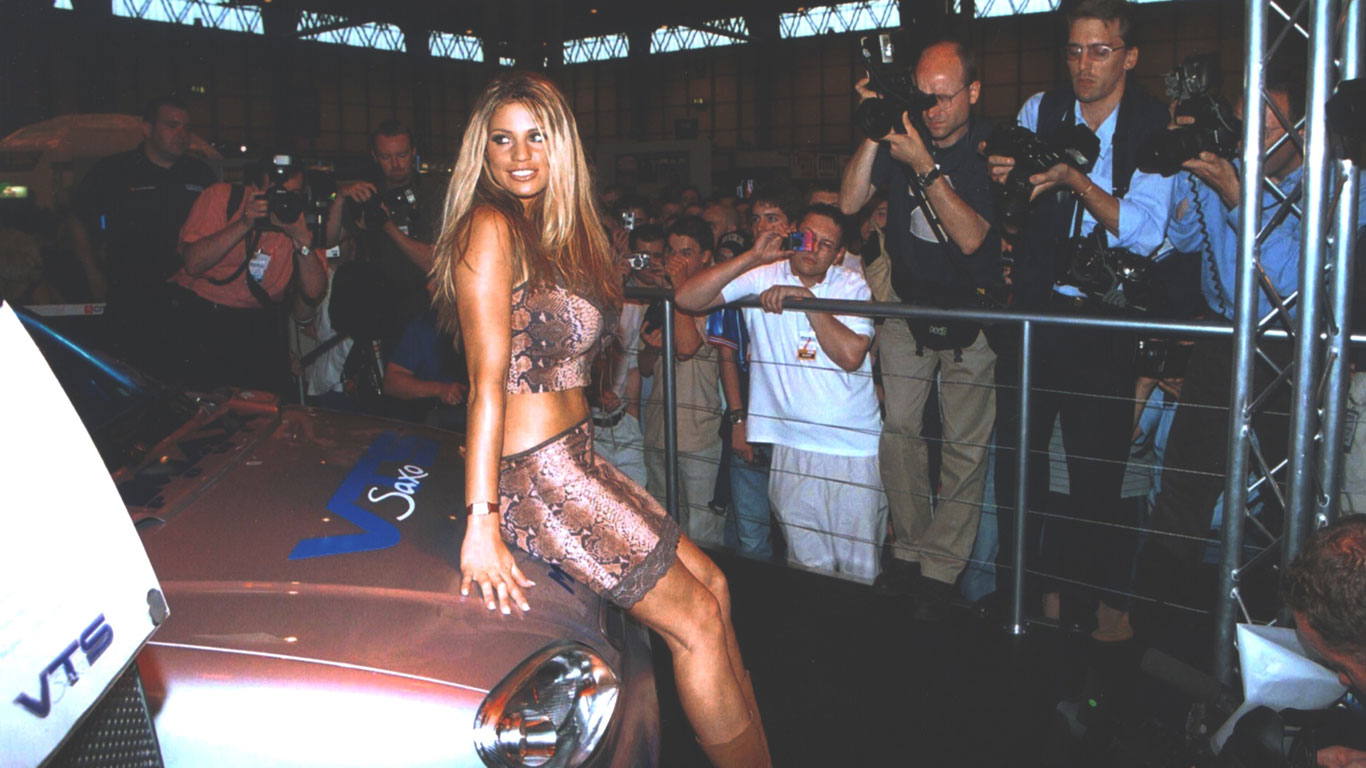 In the 1990s, lads dreamt about one thing: taking Jordan to a McDonald’s in a Citroen Saxo to enjoy a McFlurry. With this in mind, Citroen launched the Saxo VTS Jordan. Actually, we may have made this one up, but there was a Honda Civic Jordan, named after Eddie’s F1 team. But few lads dreamt of treating Eddie to a McFlurry. Moving on… 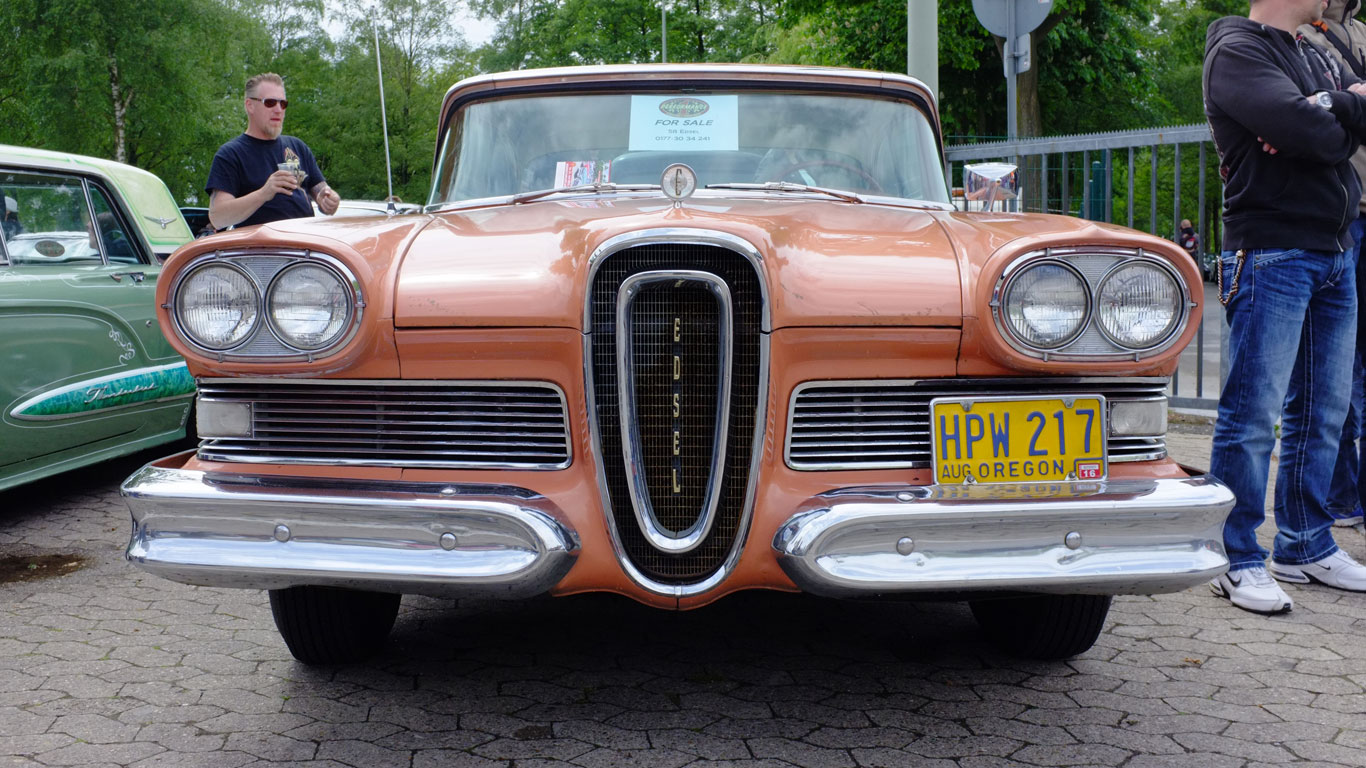 Poor Edsel Ford. Of all the cars to be named after, the late son of Henry Ford had to be associated with the ‘Disaster in Dearborn’. It could have been very different. Among the names proposed for the ill-fated Edsel, you’ll find the likes of Utopian Turtletop, Anticipator, Mongoose Civique and, wait for it, The Intelligent Whale. With the benefit of hindsight, these may have been preferable to Edsel. 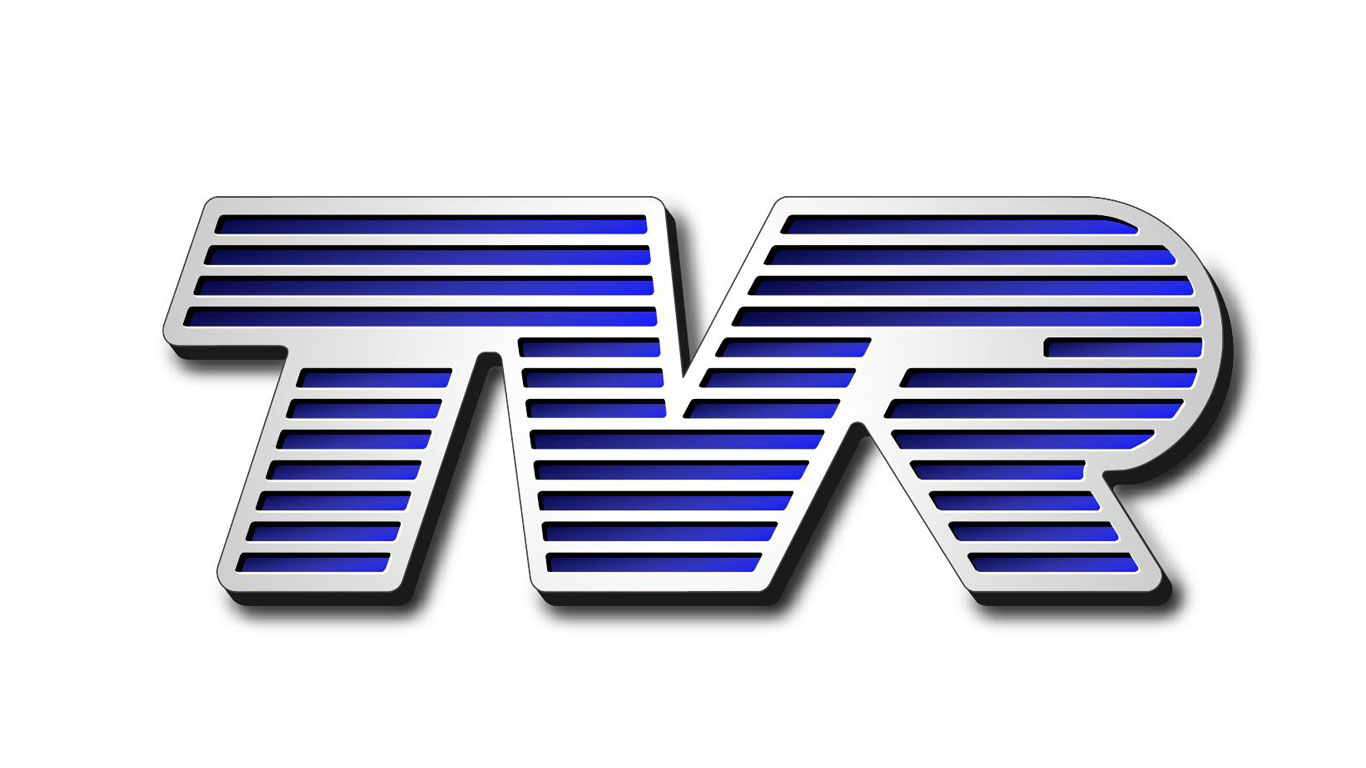 The world is littered with examples of companies named after their founders – Toyota, Honda and Porsche, to name but three. But, perhaps with one eye on a future of text speak, Trevor Wilkinson abbreviated his forename to create TVR. Smart work, Tvr Wlknsn. 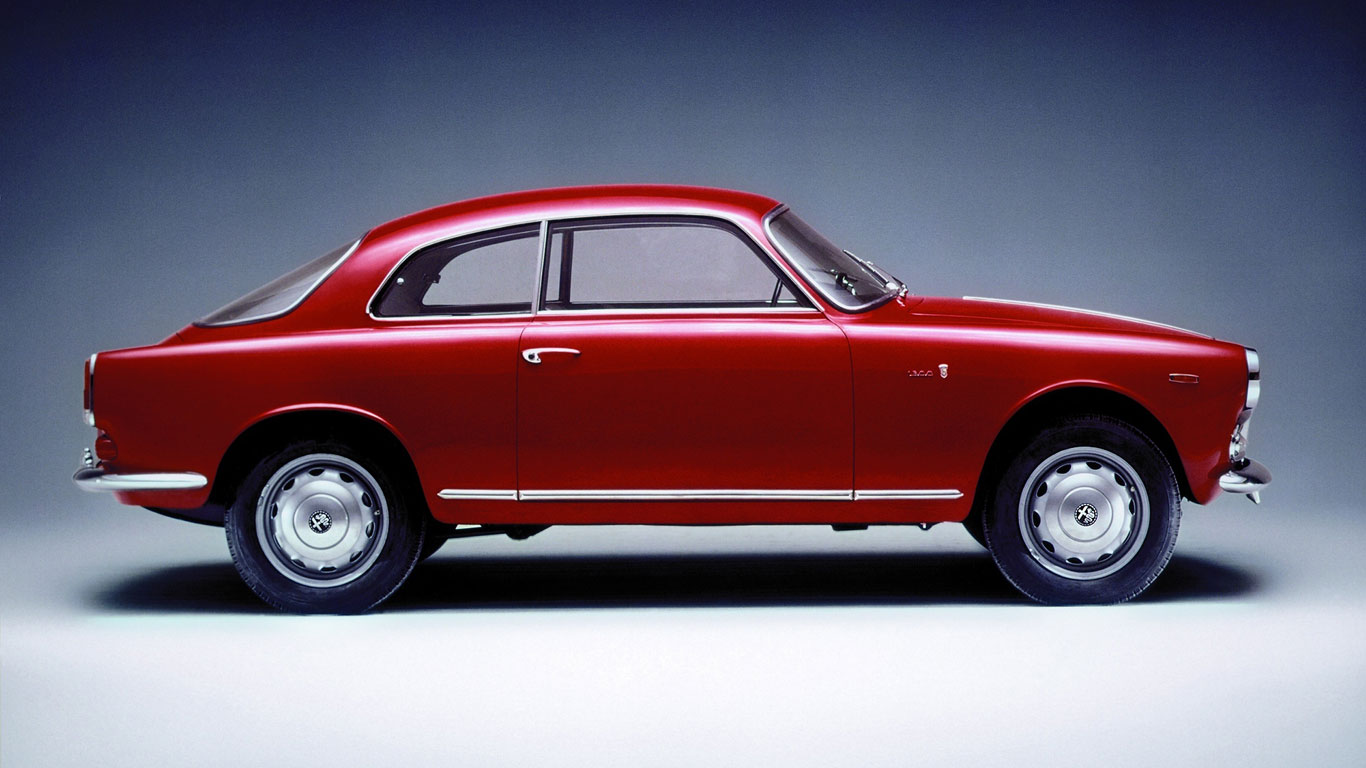 Wouldn’t it be wonderful if the Giulietta name was chosen as a direct link to the Romeo in Alfa Romeo? Romeo and Giulietta – geddit? There’s a story on Jalopnik which provides just enough evidence to support the romanticised view that this may have been the case. 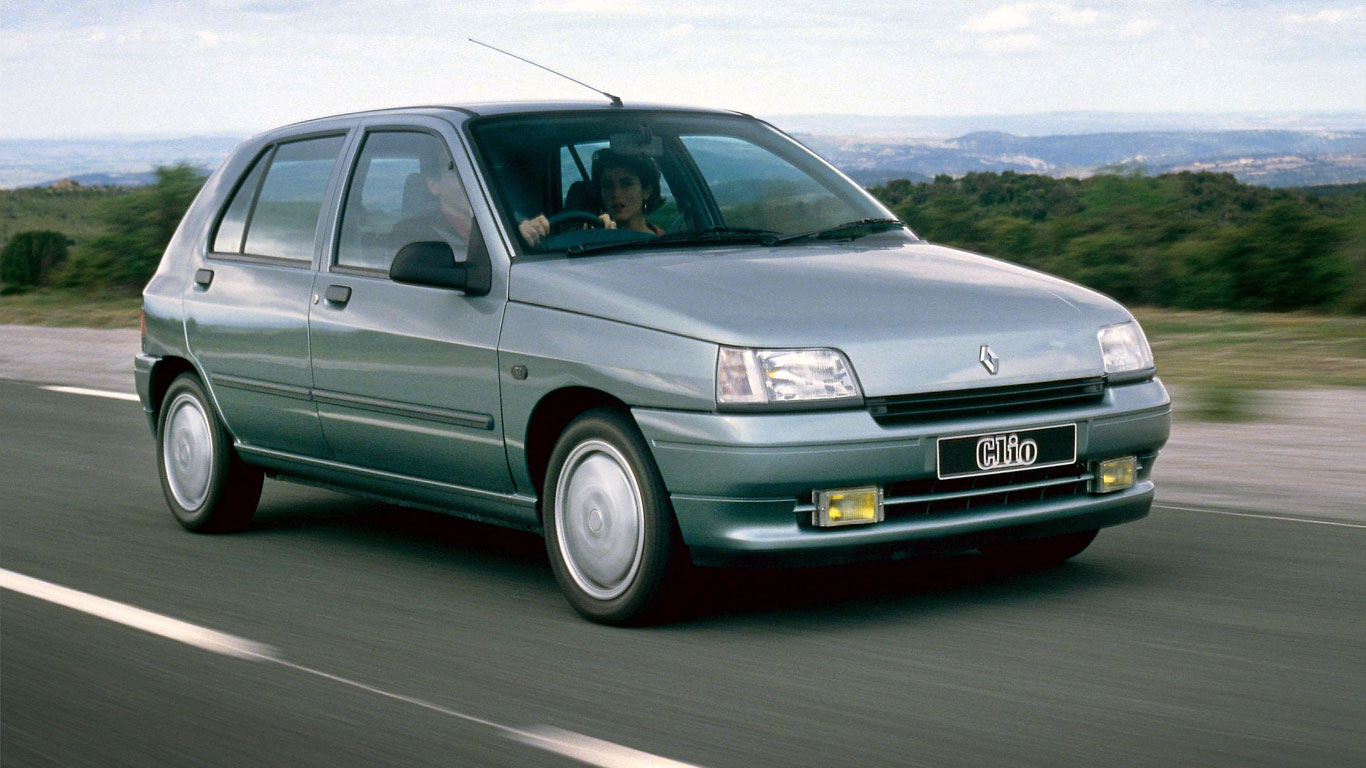 According to Britannica.com: “In Greek mythology, [Clio was] one of the nine Muses, patron of history. Traditionally Clio, after reprimanding the goddess Aphrodite for her passionate love for Adonis, was punished by Aphrodite, who made her fall in love with Pierus, king of Macedonia. From that union, in some accounts, was born Hyacinthus, a young man of great beauty who was later killed by his lover, the god Apollo. From his blood sprang a flower (the hyacinth). In art Clio was frequently represented with the heroic trumpet and the clepsydra (water clock).” That’s as maybe, but the Renault Nicole would have been better… 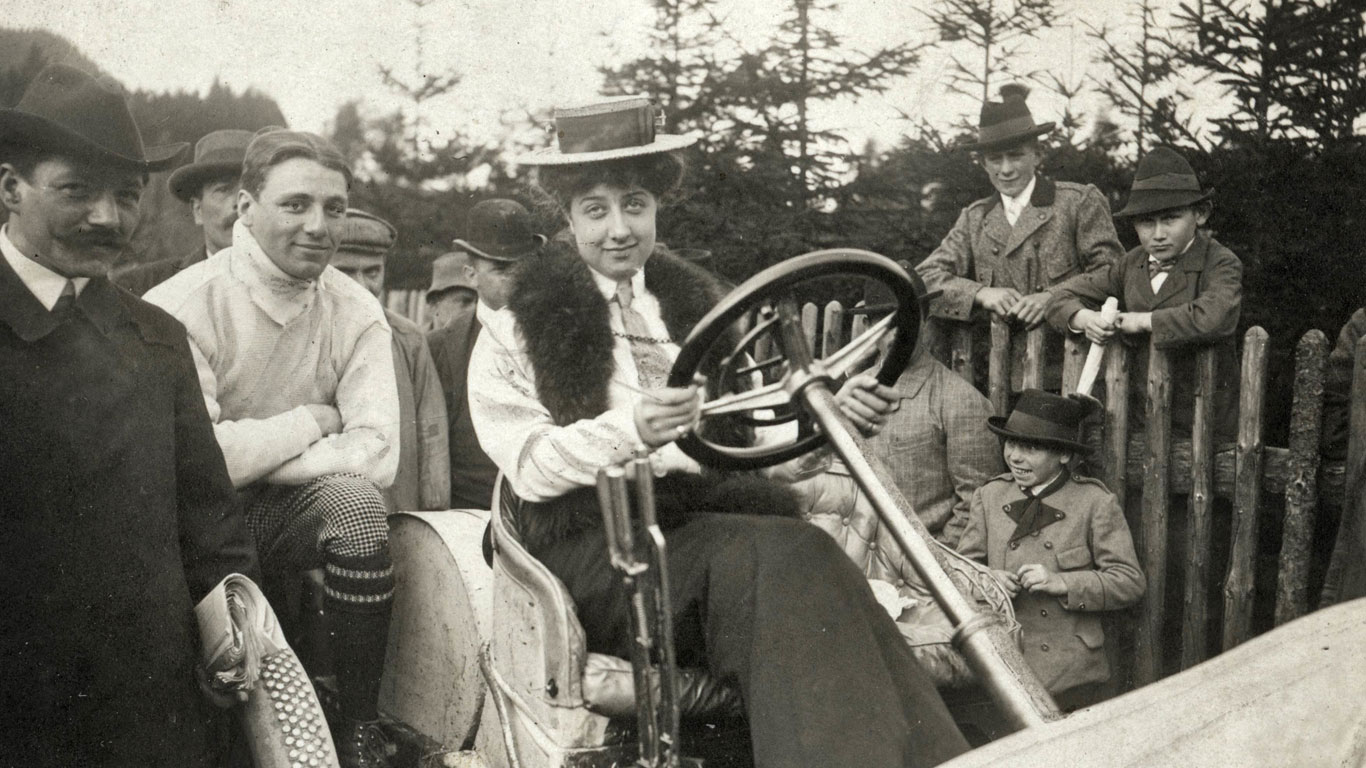 Mercédès is a Spanish girl’s name that means grace: she was the daughter of businessman Emil Jellinek, who, in the late 1800s and, in 1900, arranged to build a new series of cars, called Daimler-Mercedes. The rest is history… 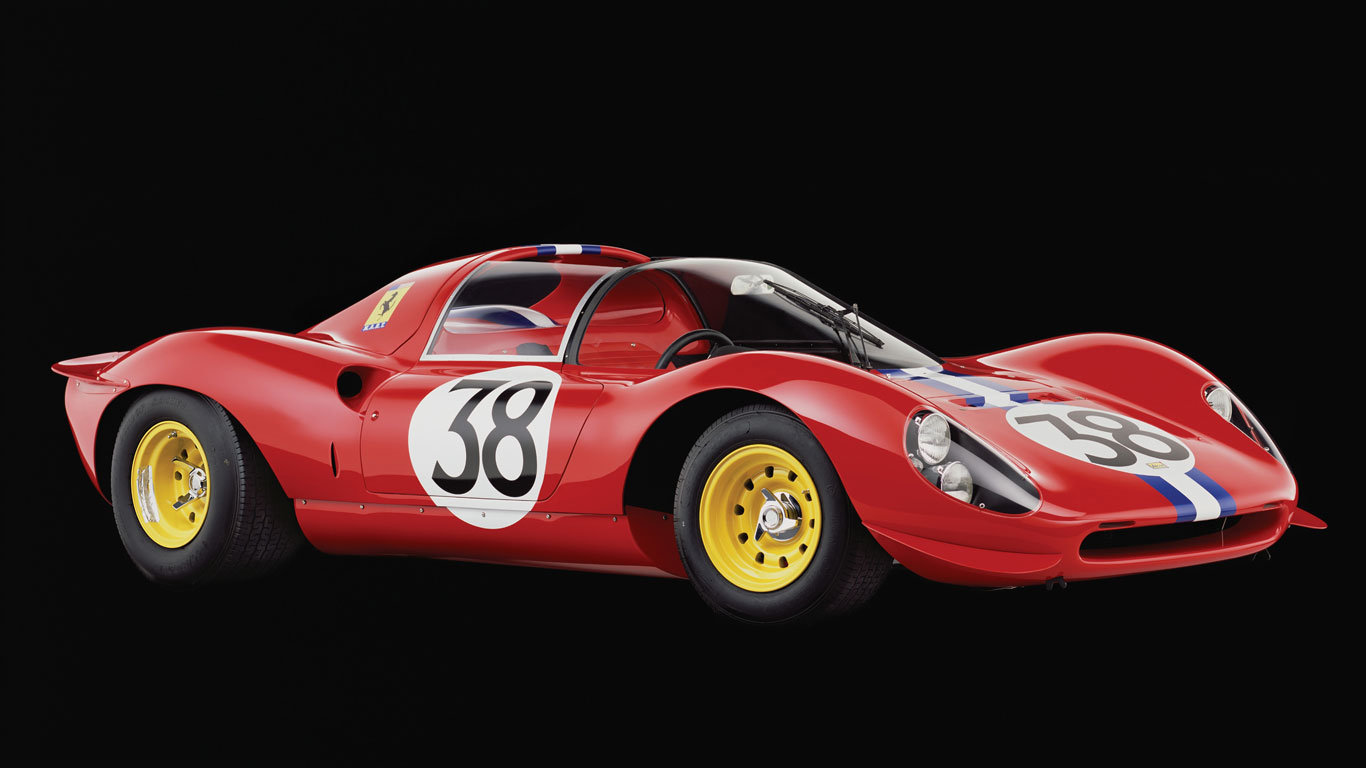 As the first son of Enzo Ferrari, Alfredo (or Alfredino) was destined to work for the family business. Indeed, Enzo always intended for Alfredo to take the reins when the time was right. Tragically, Alfredo died of Muscular Dystrophy at the age of 24, leaving this parents devastated and heartbroken. The Dino range of race and road cars were named in his honour. 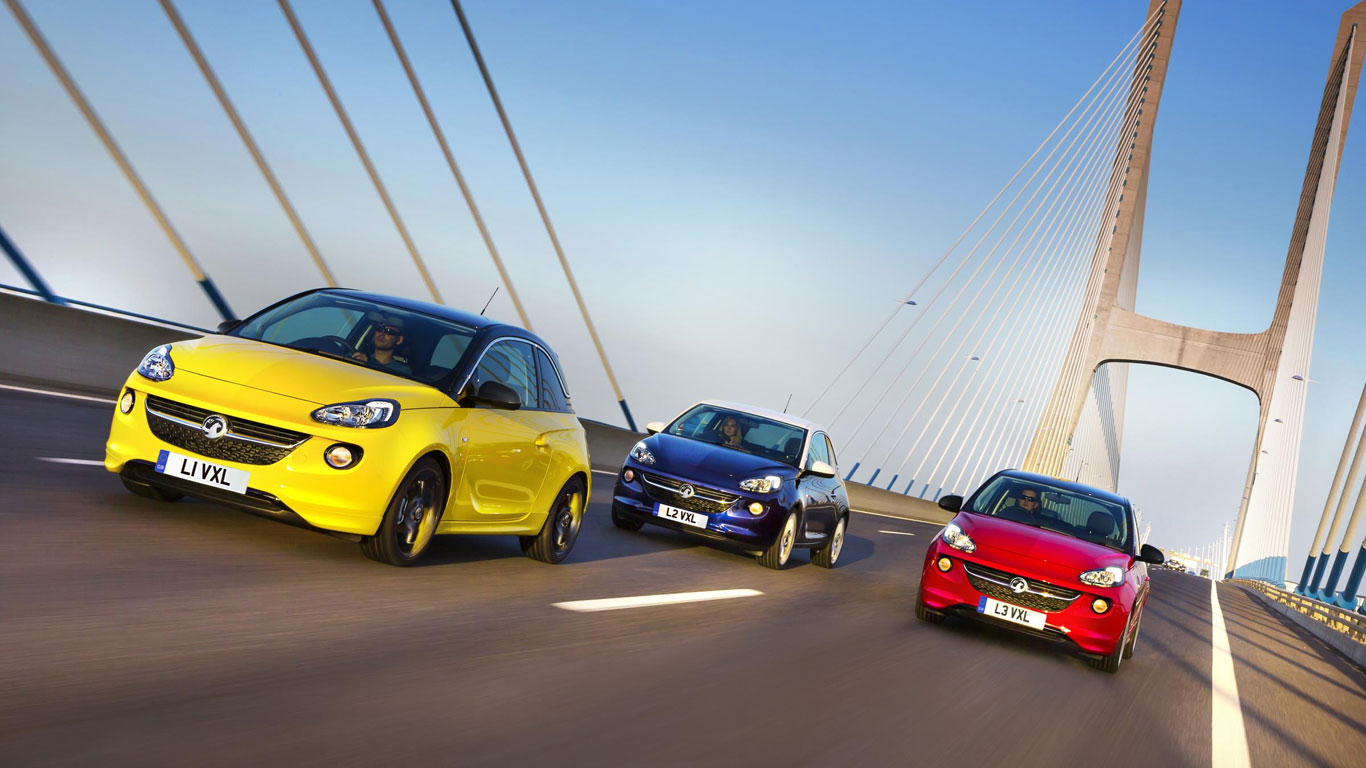 Would you ‘Adam and Eve’ it? Adam Opel was the founder of German car manufacturer of the same name. The Opel Adam is a small car unveiled at the Paris motor show in 2012. The name makes more sense in Germany than it does in the UK, where the car is badged as Vauxhall. 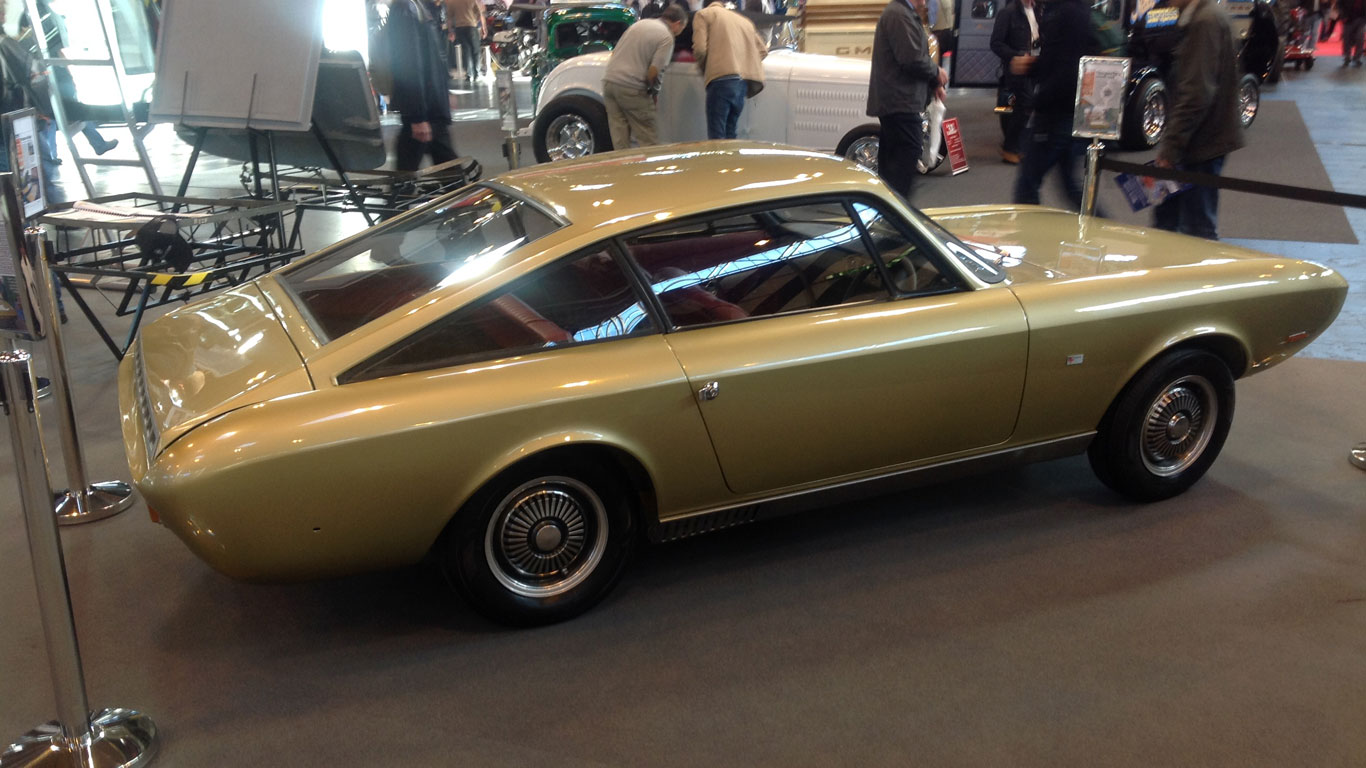 Martin Lilley took charge at TVR in 1965 with the aim of rejuvenating the ailing company. The Tina was the result of his vision for a more compact and affordable TVR, and a pair of prototypes were unveiled at the 1966 Turin motor show. Tina was the daughter of Gerry Marshall, a business associate of Lilley. 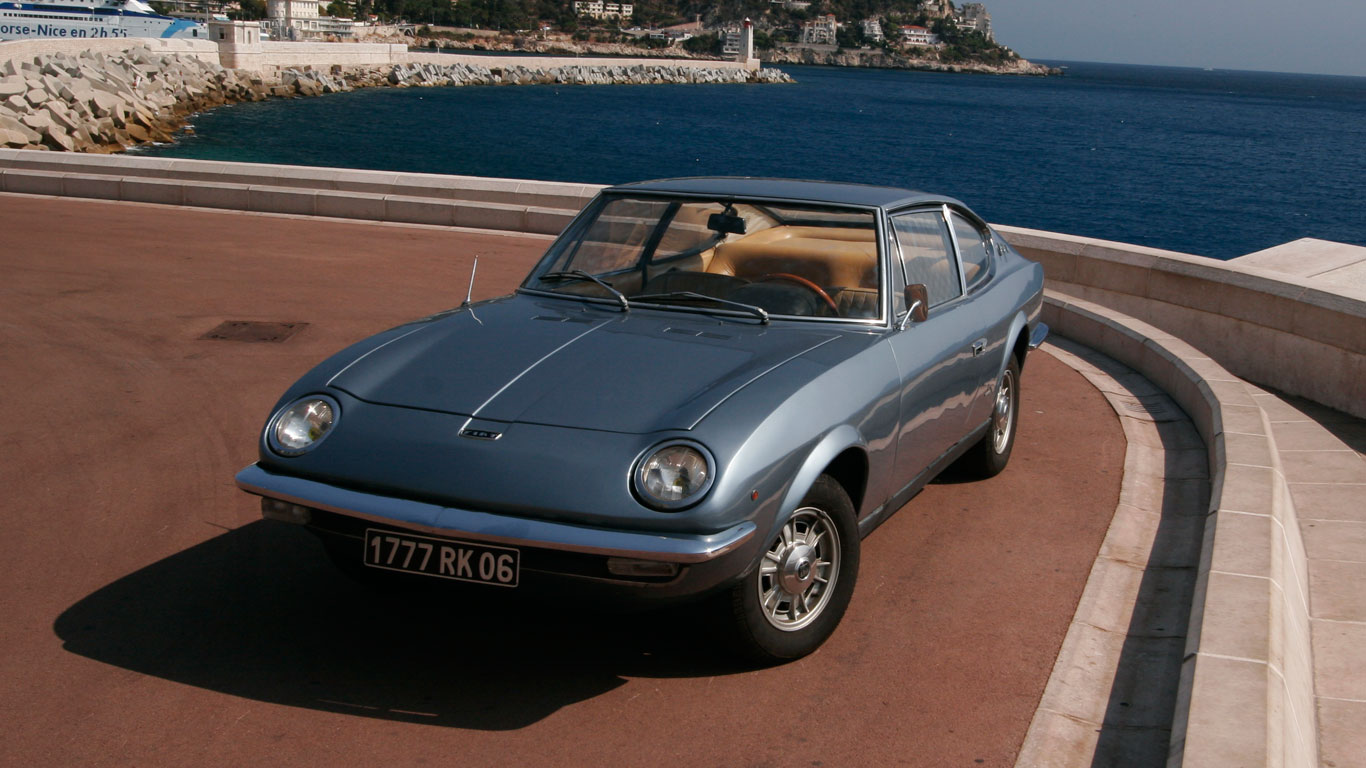 The Fiat 125S Samantha is one of the prettiest and underrated coupes of the 1960s. You can thank Vignale for the flowing lines. Was it named after Samantha Jones, Vogue and Cosmopolitan cover star of the late 60s? PostWarClassic.com certainly thinks so. 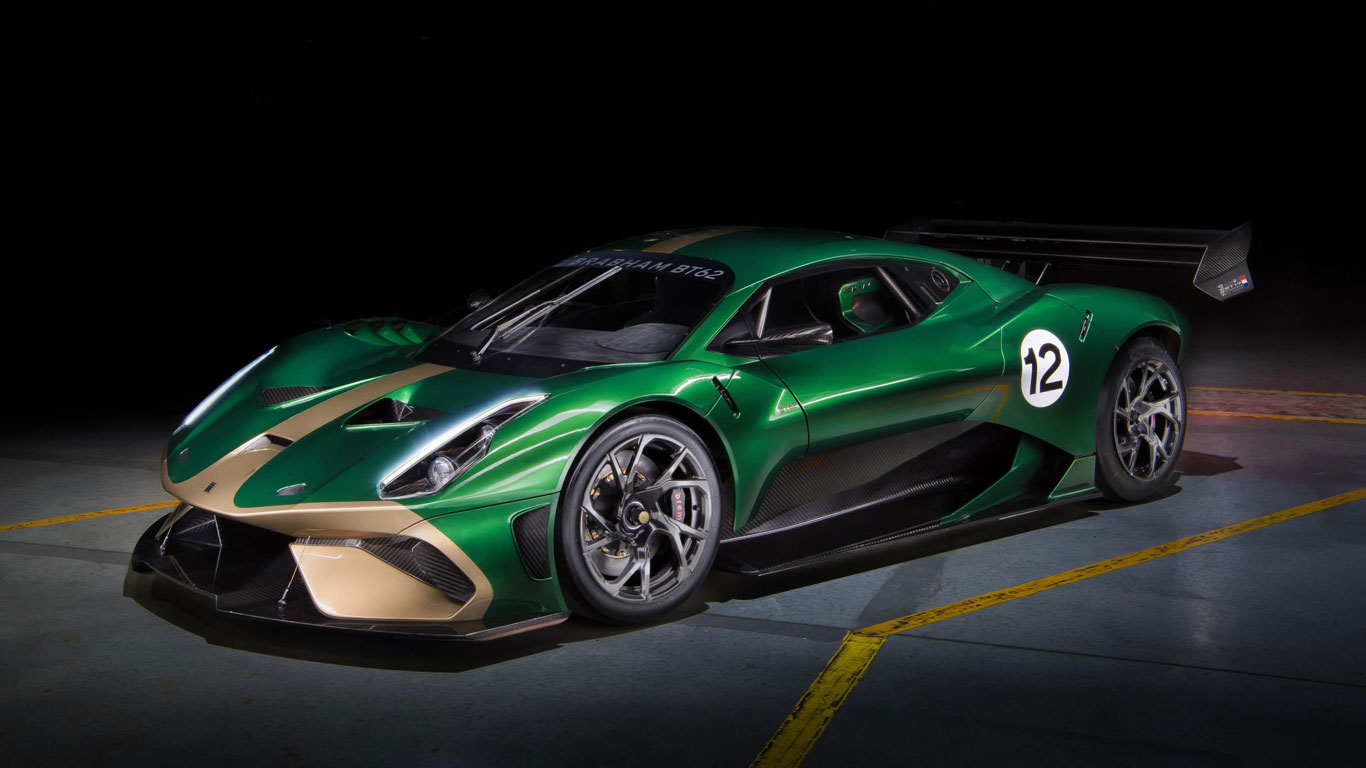 Jack Brabham’s son, David’ is leading the rebirth of Brabham with the launch of the £1m BT62 supercar. But it’s not the first time the Brabham name has adorned a car… 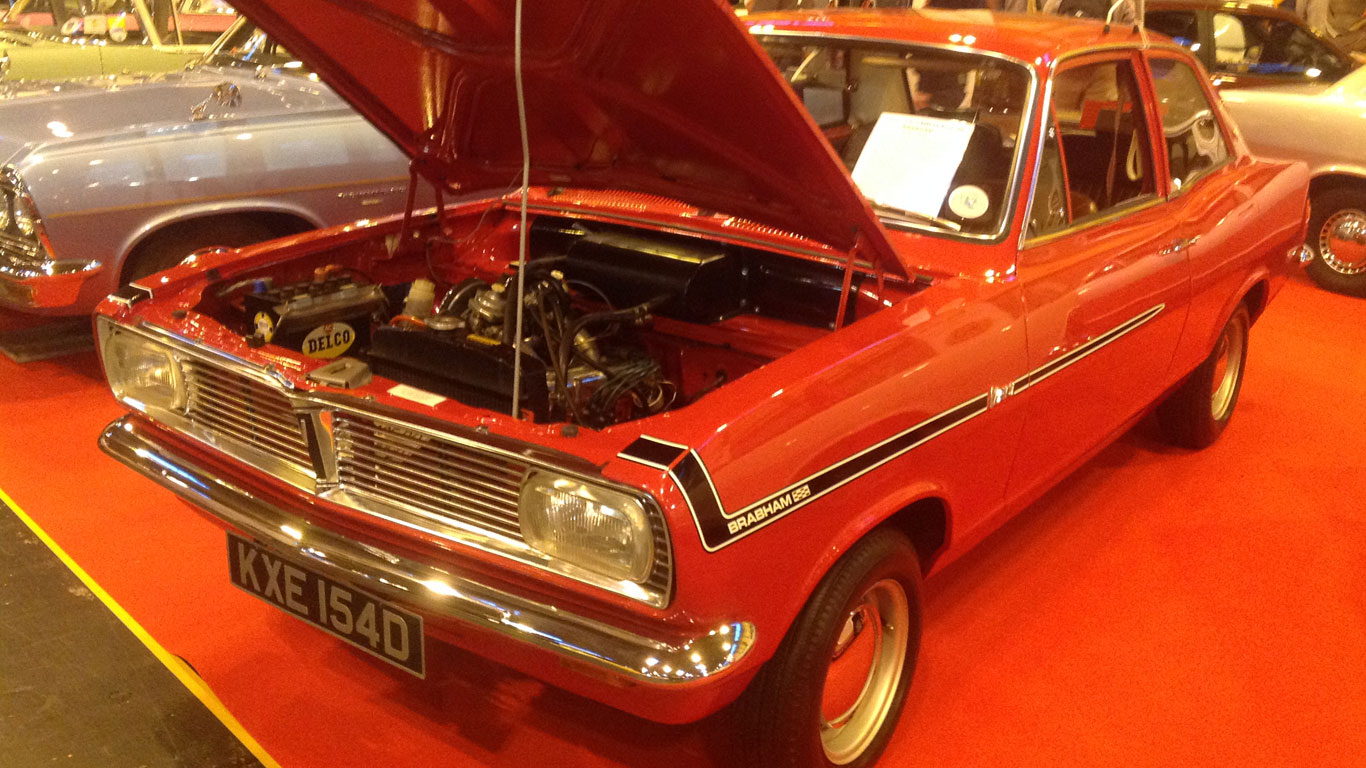 “What happens when a 3-times-world-champ racing driver breathes on Britain’s most exciting 1-litre saloon?” asked the Vauxhall press ad in 1967. “Brabham Viva: sounds hot, doesn’t it?” the ad continued. Yes. Yes, it does. 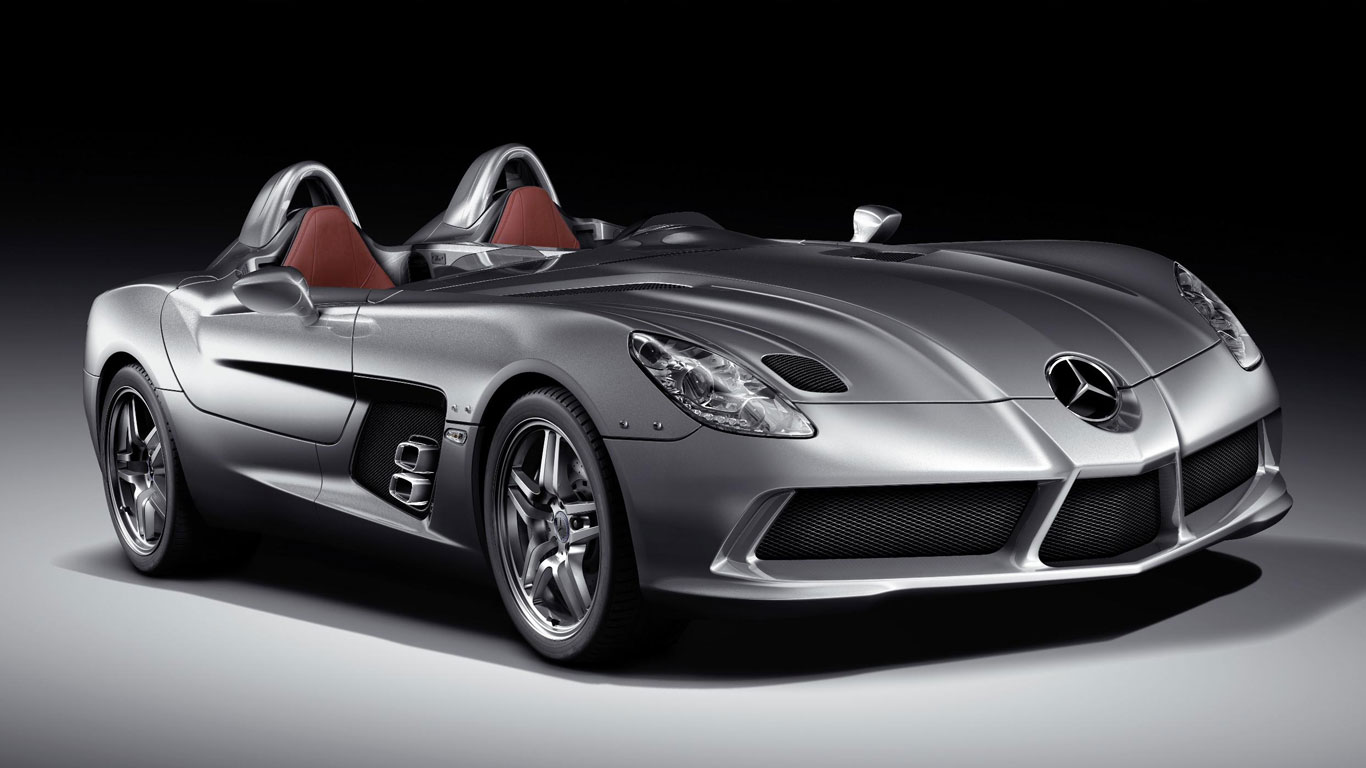 What does $1 million get you these days? Back in 2009, when Mercedes-Benz launched the SLR Stirling Moss, it didn’t stretch as far as a windscreen or a roof. Come back Smart Crossblade, all is forgiven. 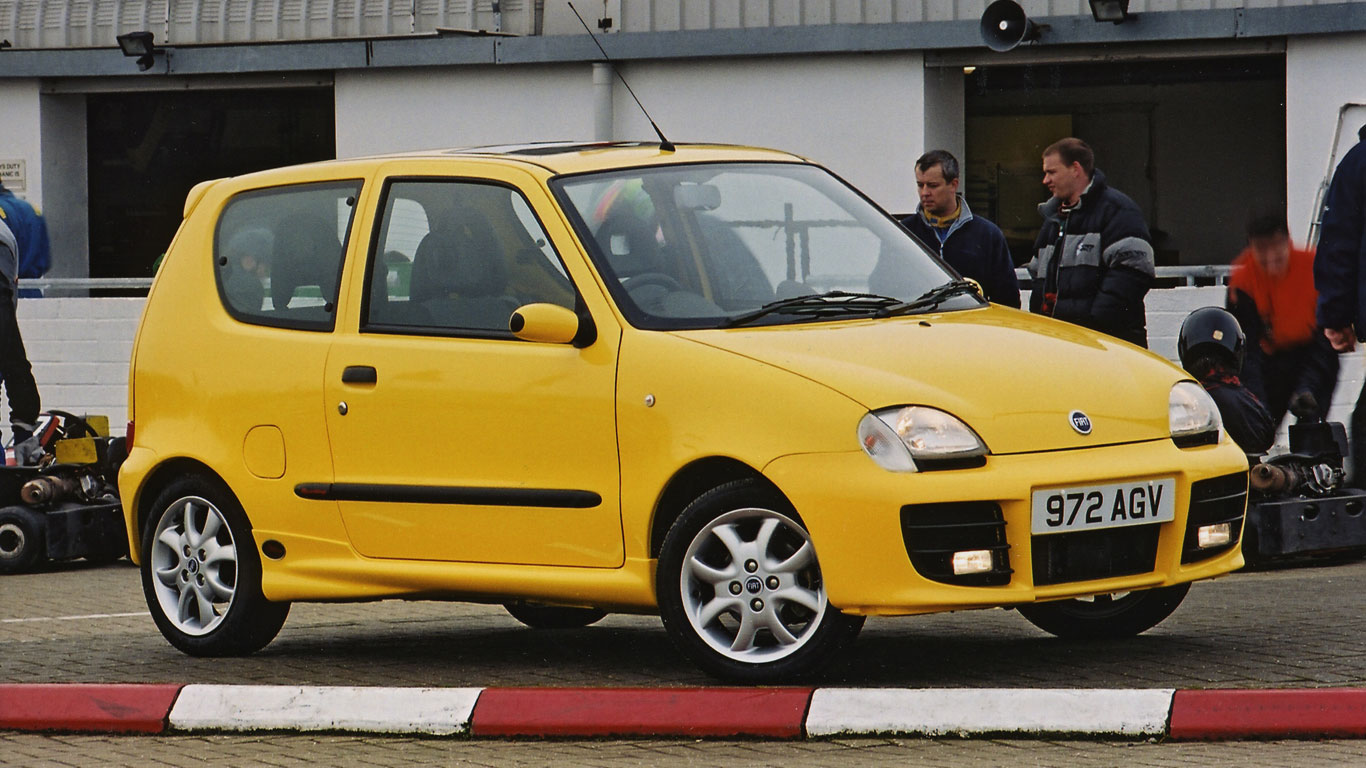 What is the highest honour in motorsport? Having a small car named in your honour, of course. Sadly, the Renault Clio Nigel Mansell never materialised, but the Clio Williams was a perfectly adequate alternative. 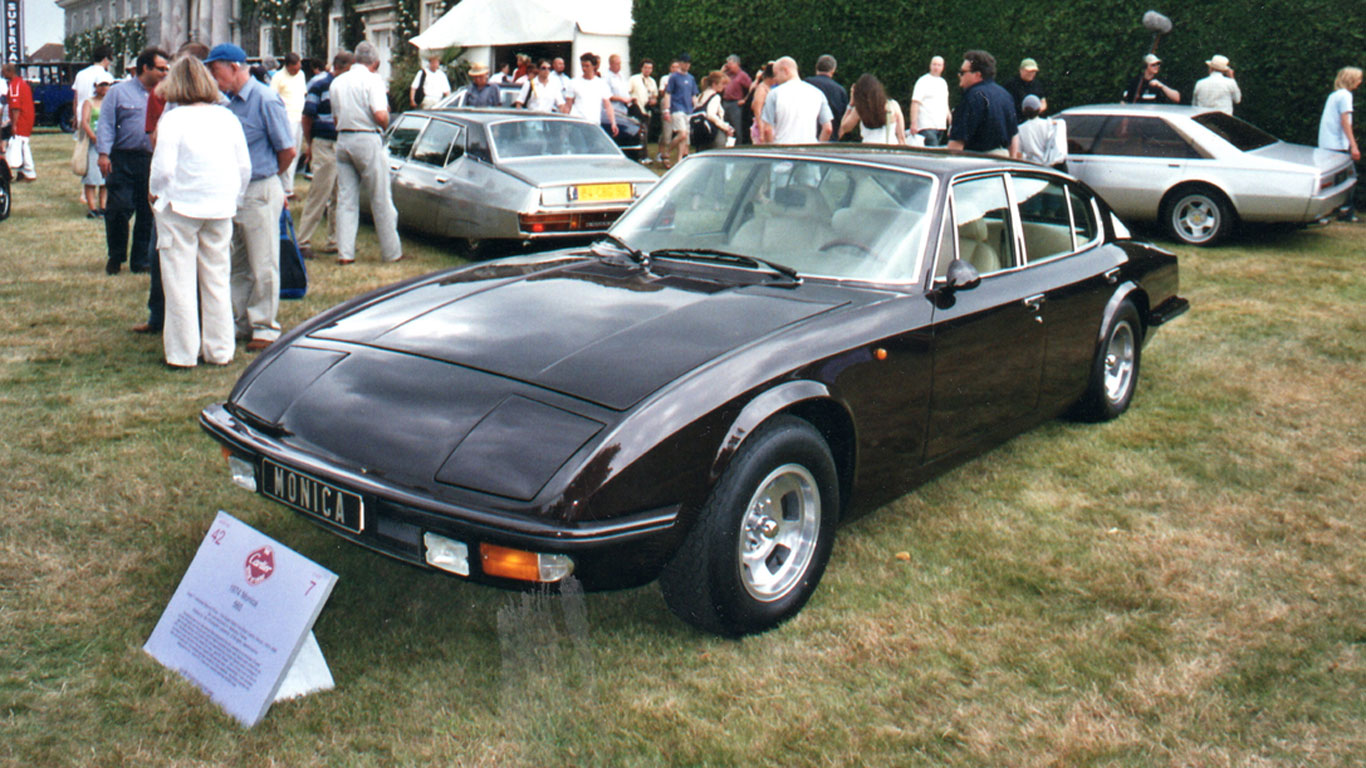 Monica was a manufacturer of luxury cars in the 1970s, headed up by Jean Tastevin, a French industrialist, whose wife just happened to be called Monique. We suspect the Santa Monica reference may have helped when they were deciding on a name over a French beer and a couple of Gitanes. 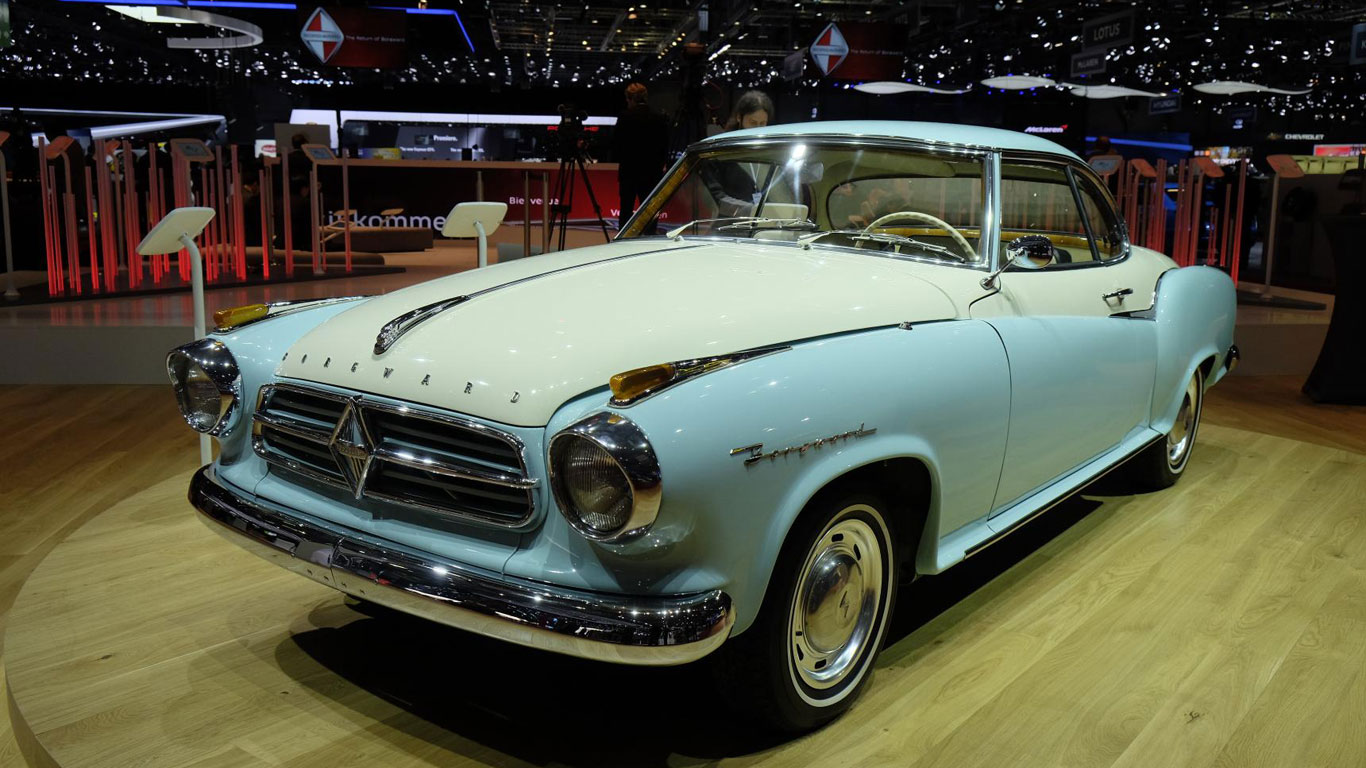 We conclude with the Borgward Isabella, a pretty name for a very pretty car. In 2017, the company unveiled an all-electric four-door design concept under the same name. It’s not as pretty.