German firm claims another key casting, this time on the small screen 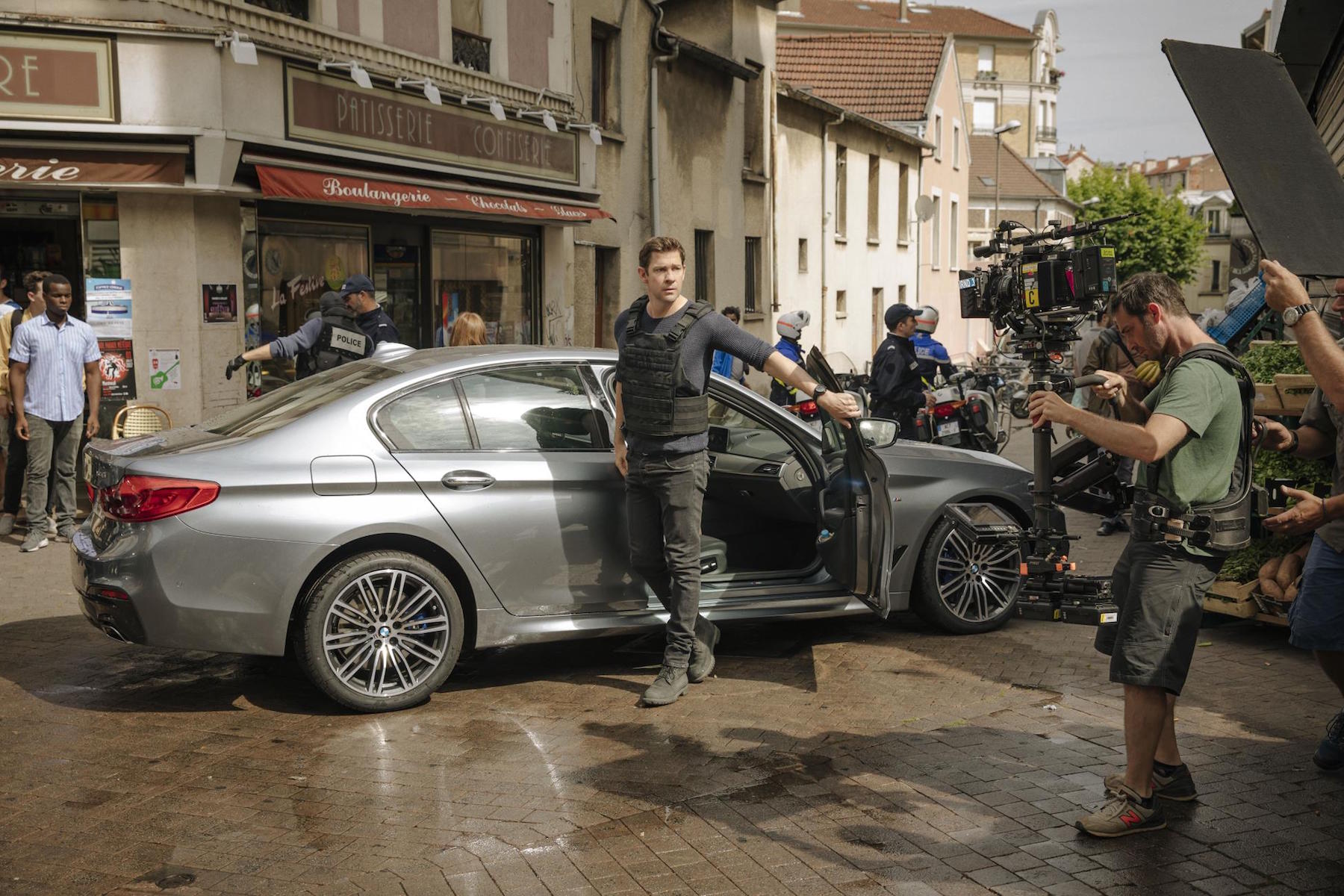 Fresh from the 600hp M5 taking a leading role in the recent Mission: Impossible – Fallout movie, BMW is back in another espionage adventure.

Created by the late Tom Clancy in 1987, the Jack Ryan character has starred in more than 20 novels and five feature films. This is the first time that Ryan, now played by John Krasinski, has featured in a television series.

Following all the tyre-shredding action in Mission: Impossible, the CIA has seemingly had to reign in the spending. There is no M5 for Jack Ryan here, instead he has to make do with a slightly more humble 540i xDrive.

This means a total of only 326hp, but the 540i is still capable of 0-62mph in 4.8 seconds. Plus, the inline-six turbocharged engine in the 540i is likely to be more economical. That should save Jack Ryan precious time when submitting his expenses claims each month.

The 5 Series is not the only BMW to feature in the first season of the show, with X5 and X6 models also slated to make an appearance. The classic BMW 2002 is also said to take a special role, too.

Aside from Mission: Impossible and Tom Clancy’s Jack Ryan, BMW has seen other recent onscreen action in the Red Sparrow. The latter saw Jennifer Lawrence’s character make use of a luxurious 7 Series, whilst undergoing her transformation into a secret CIA assassin.

Amazon Prime subscribers will only have a short wait to find out if the 5 Series can yet again help save the world from terrorists.

New research reveals that when a speed limit changes on a smart motorway, drivers have a one-minute ‘grace period’ before cameras will flash them.
Read more

From the Matra Rancho to the Saab 900 Turbo, we pick the coolest cars from the era of red braces
Read more

‘Try before you buy’ EV scheme coming to UK cities

Businesses and public sector organisations in Nottingham have been offered the chance to experience electric vehicles (EVs) for up to 30 days.
Read more

Volkswagen Up GTI revealed at Worthersee

It's a nod to the original Golf GTI, says VW
Read more

Back in 2001, the Skoda Octavia vRS was the practical performance car of choice for those in the know. We drive one to see what the fuss was all about.
Read more