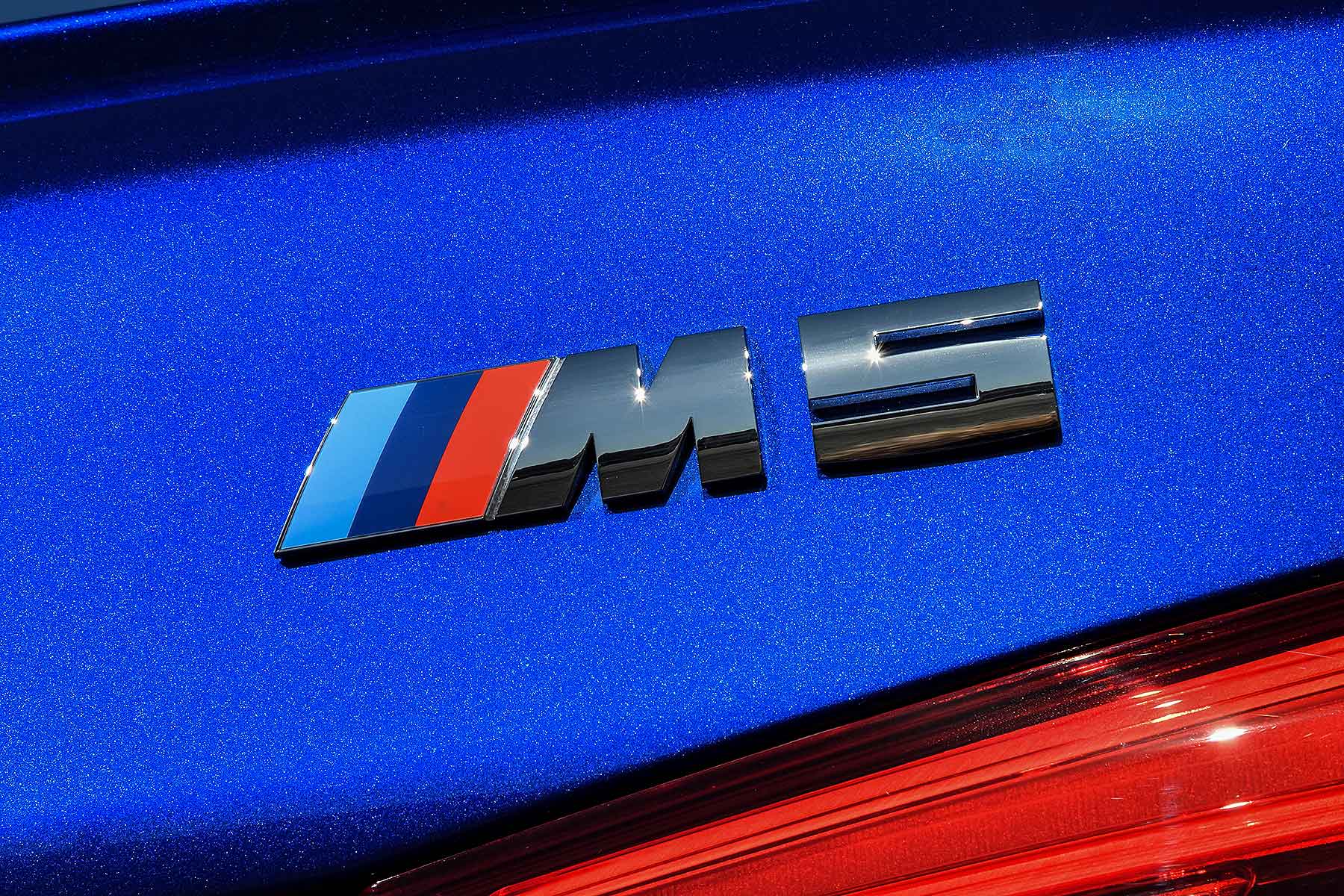 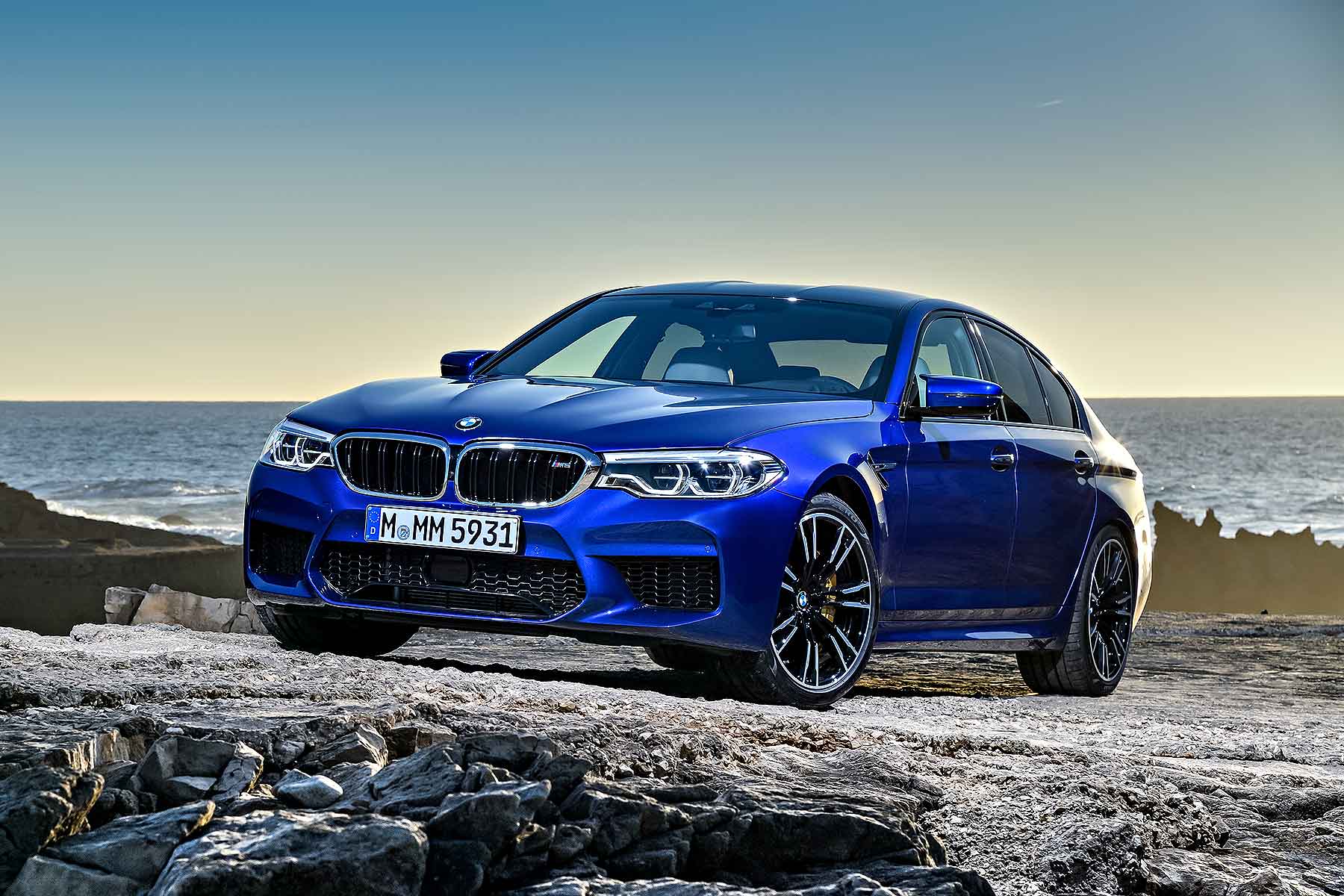 BMW had the perfect M5 back in 1998, with the E39 V8 model. It looked just right, the engine was a gem, the chassis perfect; it still feels great today. But since then, BMW has spent the best part of two decades trying to reproduce its magic. With middling success.

The 2005 E60 V10 was wild. With a 5.0-litre motor that showed little interest until 4,000rpm, and revved to more than twice that, it was a bona fide supercar-saloon. Only the most talented could get the most from it, though, plus its ride was too stiff for the UK – and its gearbox diabolical.

The 2011 F10 M5 went too far the other way. This was the first turbo V8 M5, and in dialling out the rawness of the E60, BMW took away the excitement. This was a time when Mercedes-AMG was rolling out one snorty V8 monster after another, and the M5 was unforgivably meek.

Cue the all-new F90 M5, a car that could be BMW’s Goldilocks M5: like the E39, not too raw but not too flaccid, a just-right modern M5 with a nice round 600hp to take on the latest, highly-acclaimed Mercedes-AMG E63 S.

This one, like that Merc-AMG, has an M5 first, too: four-wheel drive. Because that much power is too much for just two rear wheels to handle. It combines an M-tuned xDrive multi-plate clutch central transfer case with an Active M Differential e-diff on the rear axle. But don’t worry, purists, you can still disconnect the front wheels via a 2WD mode. So you can still drift or do expensive burnouts.

UK prices start from £89,640 and deliveries begin in the spring. In a full year, BMW reckons it will sell nearly 1,000 of them in Britain, an eyebrow-raising number compared to just 466 cars sold last year (even the 2013 peak of the old car was only 789 models). This suggests BMW is confident the new car is a good ‘un. Time to find out: to Portugal. 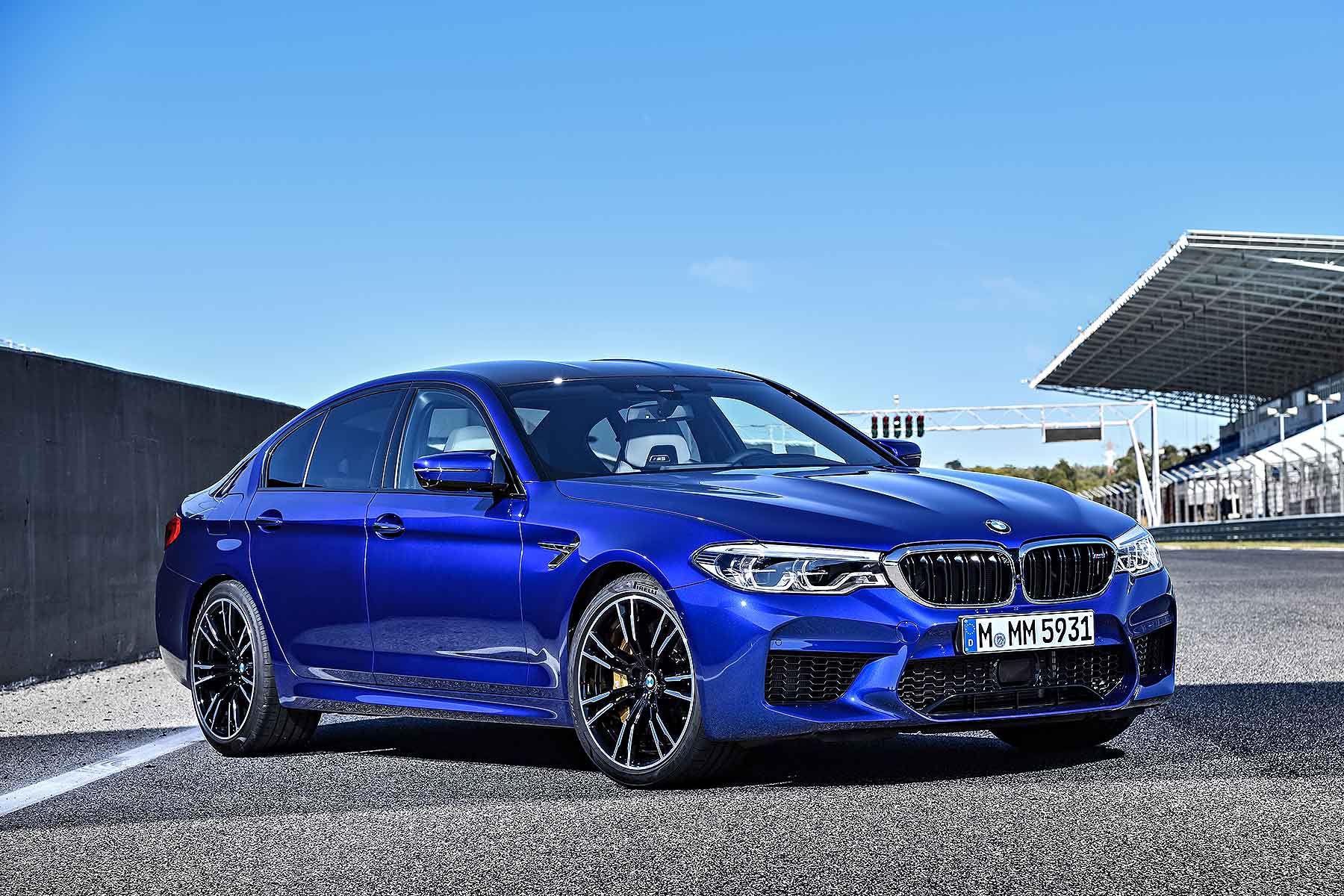 The test cars looked gorgeous in their rich, deep blue (a new colour called Marina Bay). But, compared to a Mercedes-AMG E 63 or Audi RS6, maybe it still needs a bit more drama. When even 520d M Sports have bespoke front bumpers, the M5’s humungous air intakes somehow don’t seem as standout as they could. 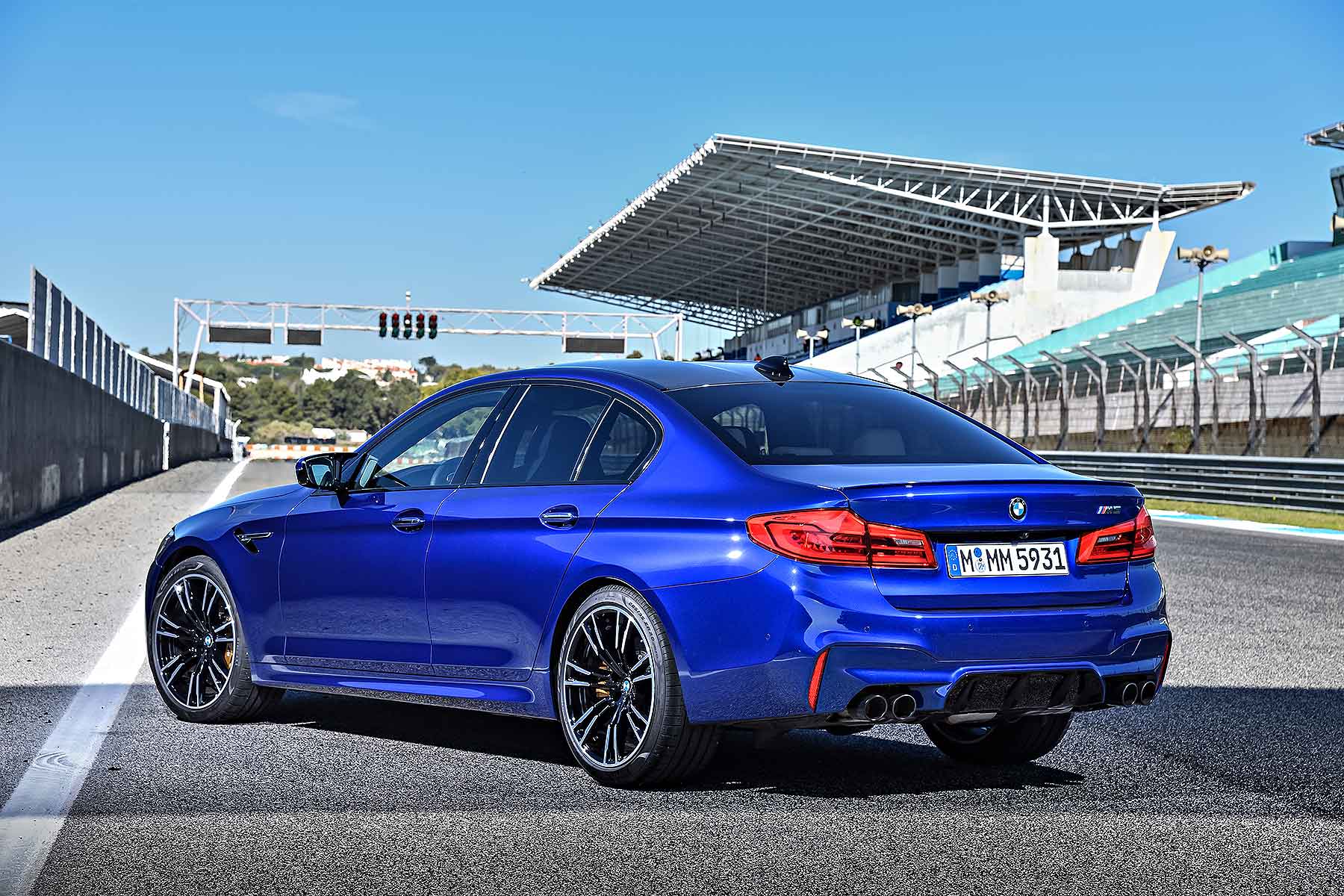 Granted, there is a bespoke aluminium bonnet with central bulges (it’s so light, you have to give it an almighty slam to close it properly), plus M door mirrors and front wing gills. It has a carbon fibre roof, rear diffuser and quad exhausts, a tail lip spoiler and, on UK cars, standard 20-inch wheels. Perhaps all it needs are more muscular front wings, to fully show off the wider track. 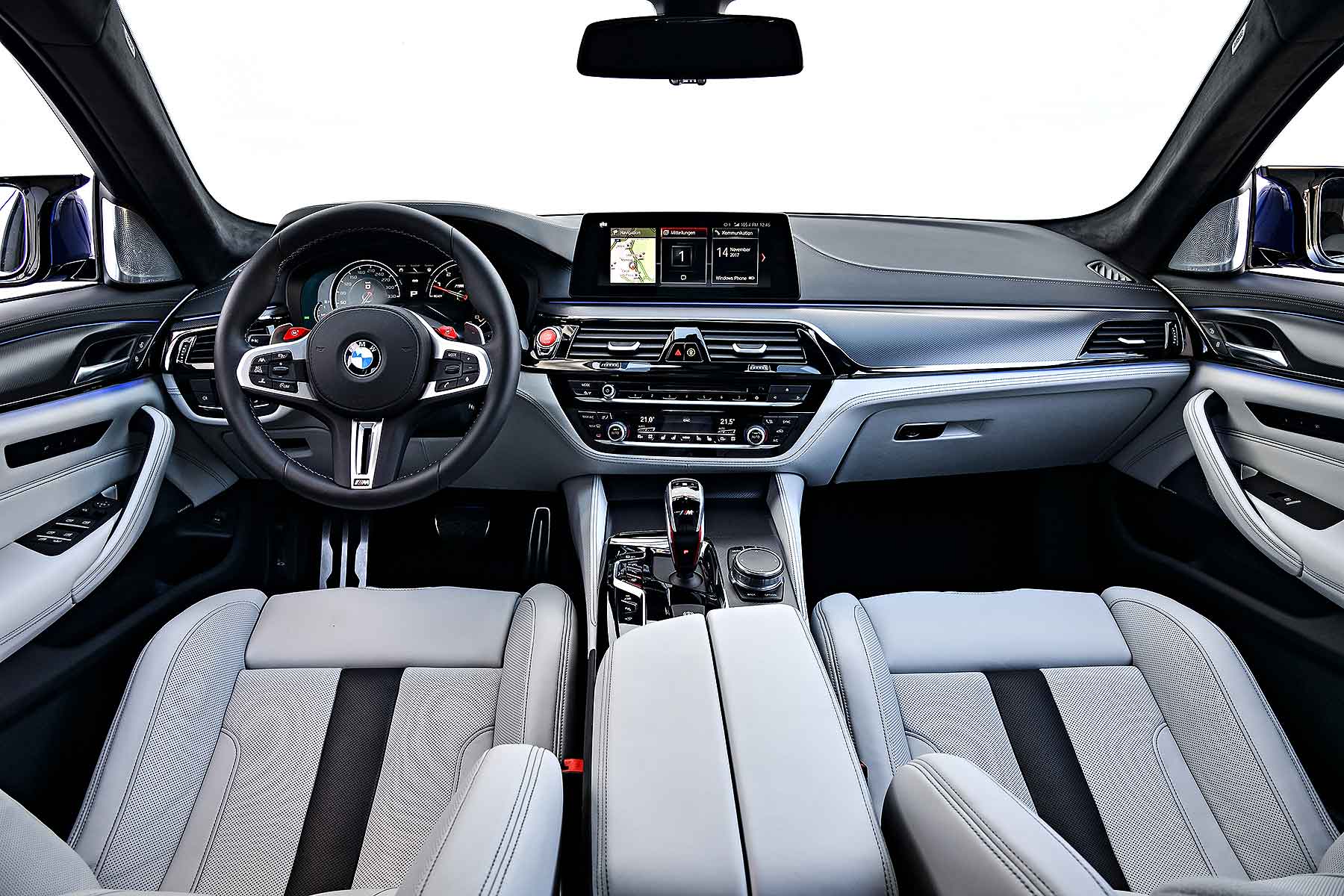 Inside, it is far more M than before. Prominent on the M steering wheel (with M tri-colour stitching) are bright red ‘M1’ and ‘M2’ buttons. Behind, the starter button is bright red. The G30 5 Series’ already-impeccable interior is enhanced further with luxurious M trims, detailing and features: we love the bespoke M gearshifter, with a now-intuitive three-level shift profile (lazy, normal, revvy) button on top.

The seats are visual works of art and feel great to sit in. Same for the rear chairs, and four-zone air con is standard. Pity Apple CarPlay is optional, though, as are the cool M-colour seatbelts of the test cars. Carbon-ceramic brakes are an option, too – they have gold calipers, compared to the blue of standard M5s.

The M1 and M2 buttons store user-definable profiles, for the M5’s various customisable features. Engine response, suspension firmness and steering weight are the three obvious ones, but there are also five traction setups: DSC stability control on, M Driver Mode (MDM) which gives it leniency, or DSC off. Then, pick from 4WD, 4WD Sport (a bit more rear bias) and 2WD (where it all goes to the rear). This is a car for enthusiasts, so, yes, there’s a lot to learn… 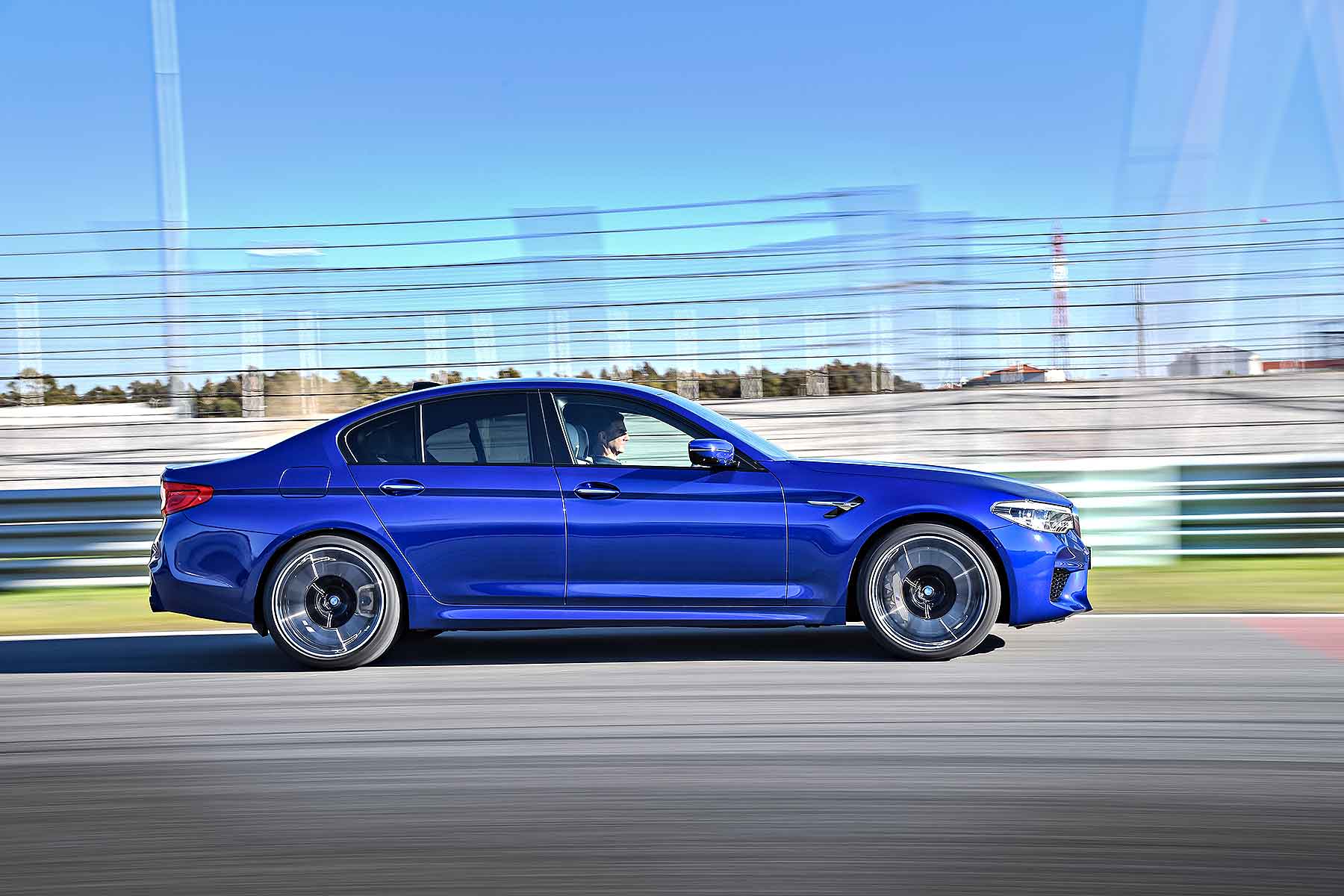 Settle in and thumb the red starter button. The V8 doesn’t quite have the start-up cacophony of a Mercedes-AMG, all spluttering exhausts and firework-crack nonsense. Instead, it starts to a fast idle with a burble, exhausts rumbling bassily for 10 seconds or so, before settling to its normal tickover. This feels very ‘motorsport’.

There’s an ‘exhaust’ button on the centre console. You can have Normal, where it sounds V8-ey but not too loud, or Sport, which, via flaps in the exhaust, brings more of that V8 bass into the cabin. Again, it’s not as wild as a Merc-AMG, but better than the old car, with its largely digital sound enhancement that so riled enthusiasts. We defaulted to ‘on’. 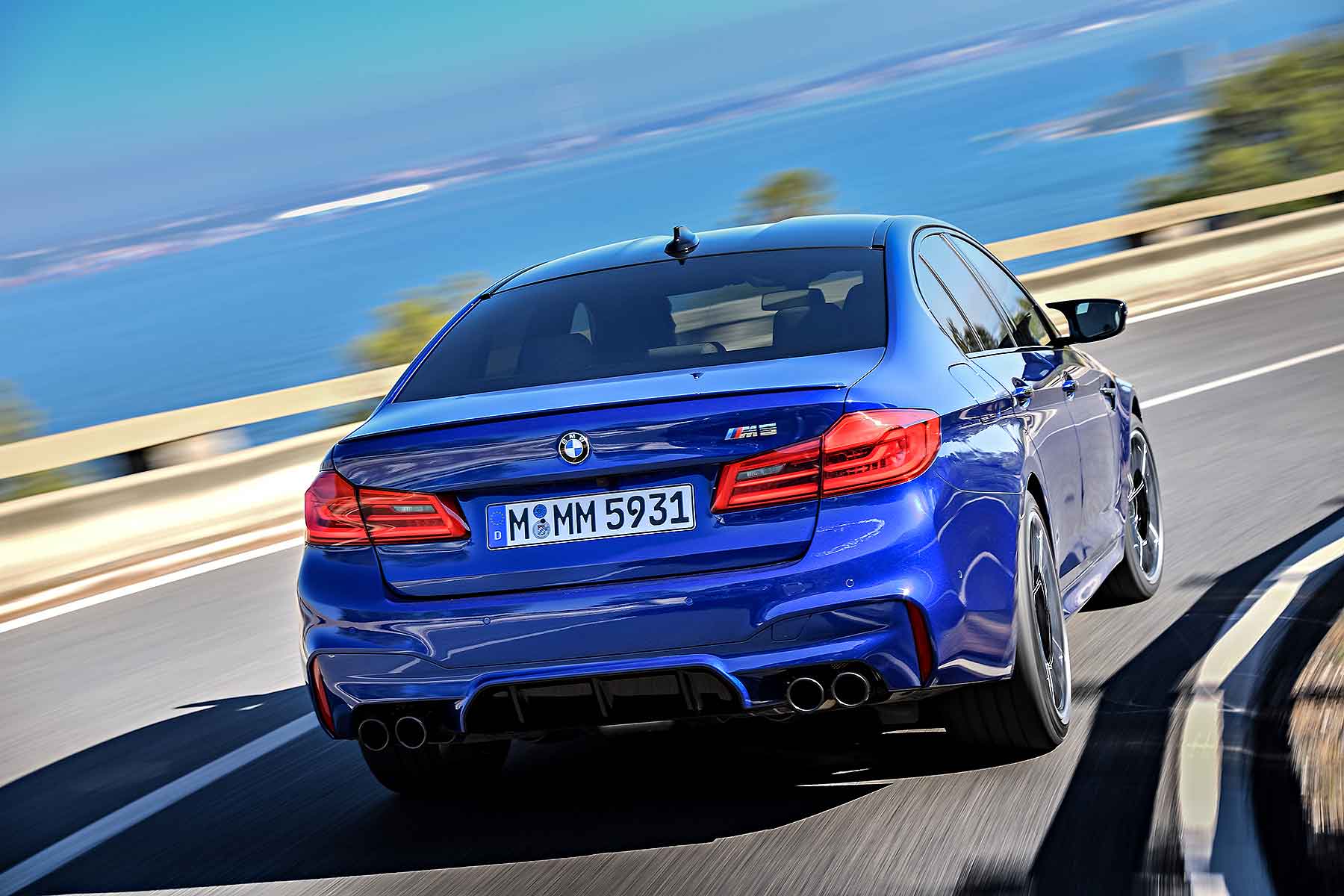 It starts off jolly nice. The G30 5 Series is a lovely car to drive; the new F90 M5 is a lovely fast car to drive. The suspension has a nicely purposeful attitude, with just enough firmness to feel special in everyday use without being crashy or uncomfortable (despite the 20s). There’s little softness in the steering and the engine is as easy-work as you’d expect a 600hp motor with maximum pulling power on offer from below 2,000rpm to be.

But the old car showed the M5 could be as nice as a 520d in daily driving, too, without always feeling like it was straining at the leash or struggling to overcome the concrete in its dampers. The extra edge when you steeped things up was lacking, though: go over eight-tenths and it left you cold. How does the new one fare? Time to up the speed…

We skipped into M2 mode, which BMW had predefined with Sport engine, steering and dampers. It became revvier, more hunkered down, with steering that initially felt rather solid after the lightness of regular mode, but soon felt perfect – because of four-wheel drive.

The clever system seems to have given the new M5 a much tighter, crisper front end. It’s wieldy, tidy, responsive, scything through corners quickly and with confidence. It’s a car you can drive harder and harder, feeling ever-more balanced and poised. There’s nary a trace of softness from the nose, always a fear of four-wheel drive cars; BMW has added drive to the front axle without adding its penalties.

The slice of extra stability control freedom from MDM mode soon underlines this. With time, it’s soon almost second nature to tuck the nose of the M5 tidily and early into corners (that lack of understeer, see) then feed in the power and feel the rear end tweak out just a little, just enough to signal its rear bias. It’s exceptionally feel-good and always in total control – again, the confidence this car breeds as speeds rise is exceptional.

Six hundred horsepower is a formidable sum for any car, particularly a four-door super-saloon. But the new M5 manages to show it’s not too much, and is, in fact, an entirely appropriate amount of power. A 0-62mph sprint in 3.4 seconds (yes – just 3.4 seconds!) has you thinking it must be rabid, but it’s no such thing. Yet BMW M’s skilful tailoring of the four-wheel drive means it hasn’t been anaesthetised out of all recognition just to handle all this power.

So long as you don’t have the three-mode gearbox shift profile turned right down, the eight-speed is pretty intuitive in picking gears. The V8 thus rarely feels soft in response – BMW’s given it new turbos, higher injection pressure and a new charge-air intake system to up the crispness, meaning it feels less obviously boosted than before. It’s more immediate and more enjoyable as a result. 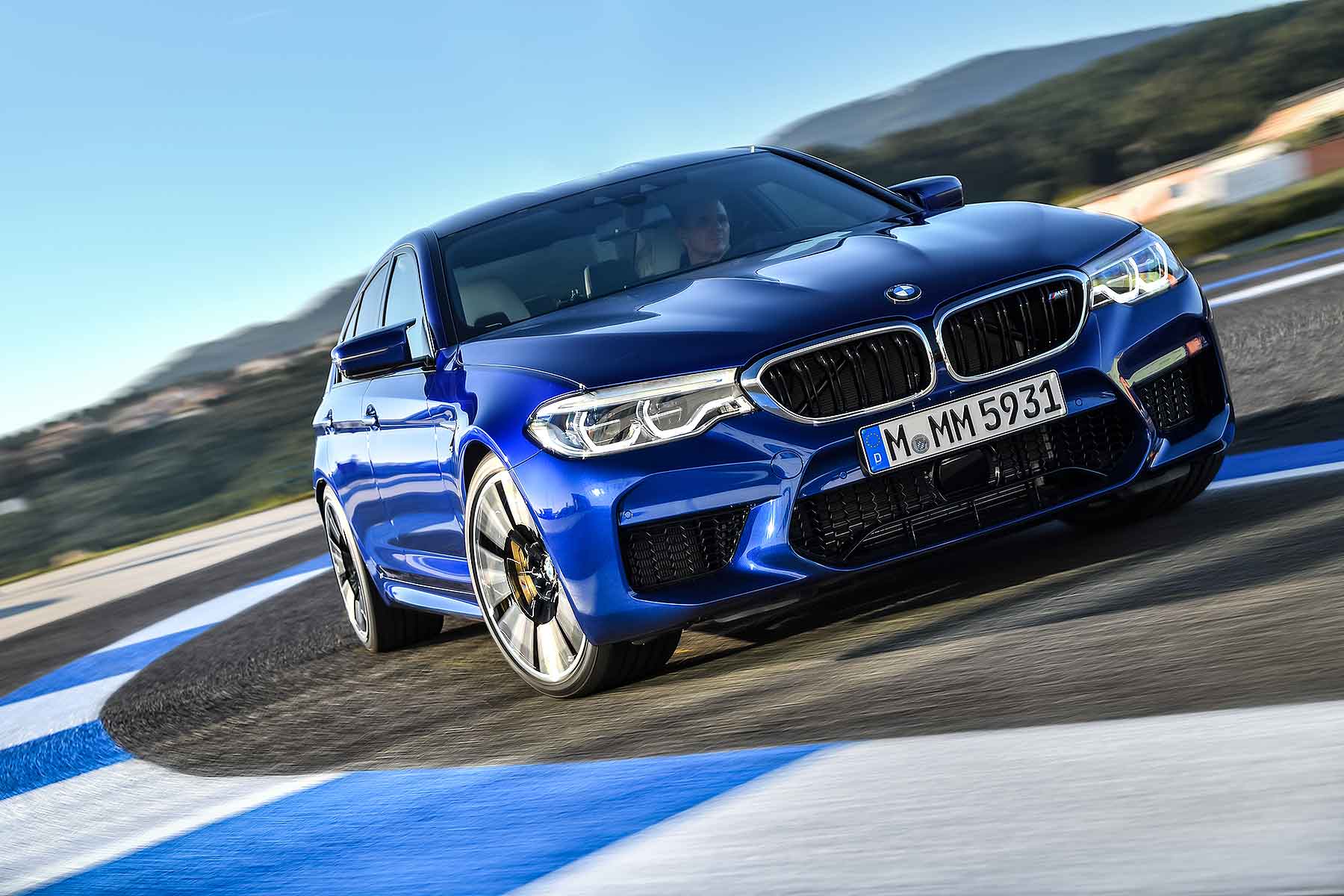 Later, we tried manual control for the various modes. Sport Plus steering was too heavy, almost solid. Same for Sport Plus dampers, too aggressive and high-frequency for on-road use. We preferred Sport all round; others mused even Sport dampers were a bit too firm for the highway. Having such choice in a regular car is overwhelming, but in an M5, it’s somehow natural to keep on tweaking and tailoring – and maybe even then later discussing it in an enthusiast forum…

Later still, it was out to the Estoril, Portugal track, following BMW Junior whiz-kid Nico Menzel (pronounced, amusingly, ‘Mansell’). Away from the constraints of the road, it’s obvious just how monstrously fast this new M5 is. We start off in M1 mode, which BMW has tuned to be sporty, but not all-out hot, so we can get our eye in. Menzel isn’t hanging about and the ruthlessly efficient speed of the car raises eyebrows.

Then, M2, which gives us a rear bias with a safety net (two-wheel drive was for later, with the track closed, for smoking it around individual corners for the snappers). This is immense fun. The challenge becomes to use the tight front end to get it fixed into a corner as early as possible, then slam in the power and get a bit of a drift going for as long as possible. It’s immensely rewarding and almost child’s-play easy. 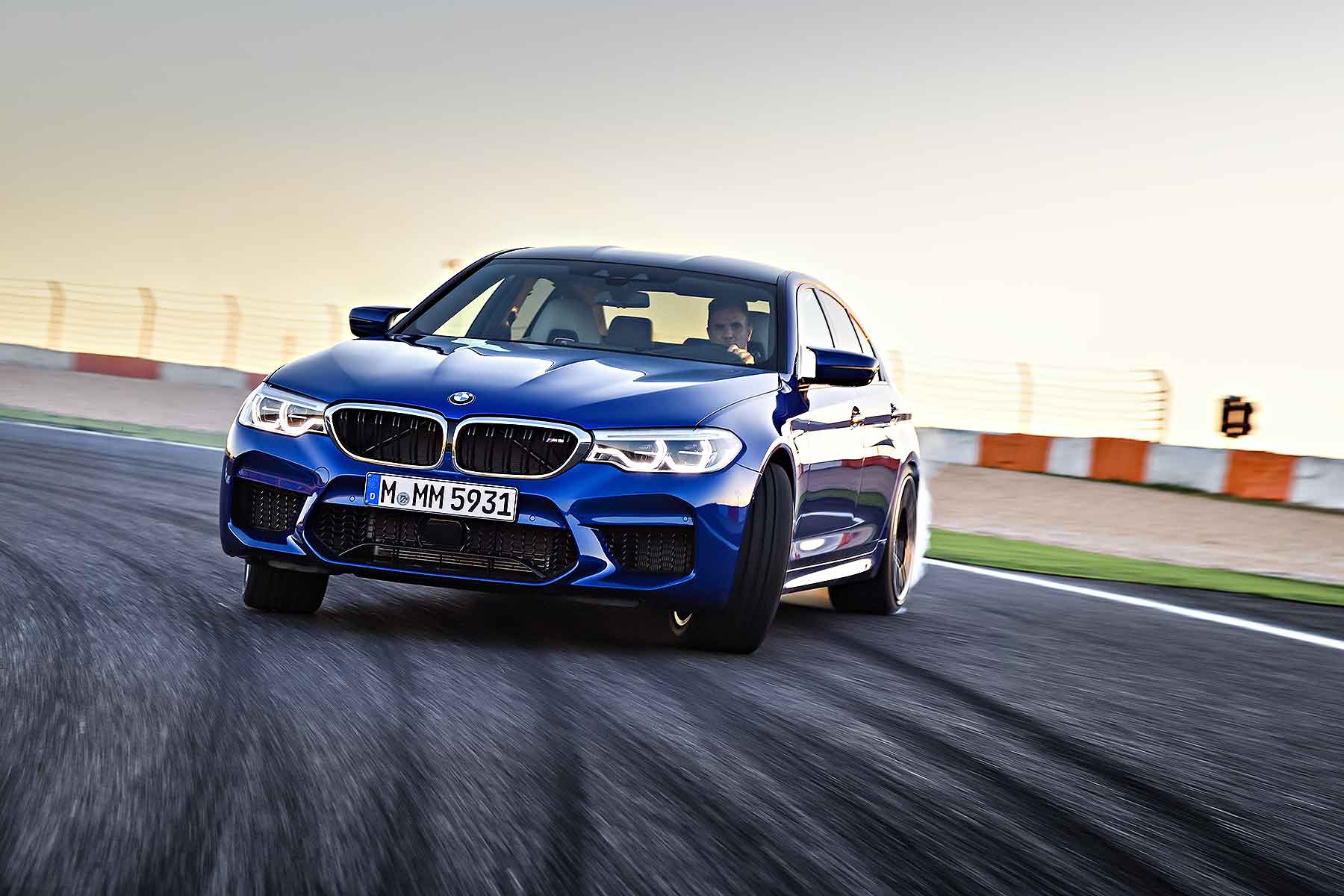 Oh, and the brakes. Our cars were fitted with gold-caliper’d carbon ceramics. Which were humungous, lap after lap. The way they slowed the M5 into Estoril’s tight right-hander, M5 squirming as the speed was shed, was quite something. We did six laps following a racing driver in a hurry, and there was no wilting even on the final round. M cars are track-capable and don’t tire, say BMW engineers. This certainly is. 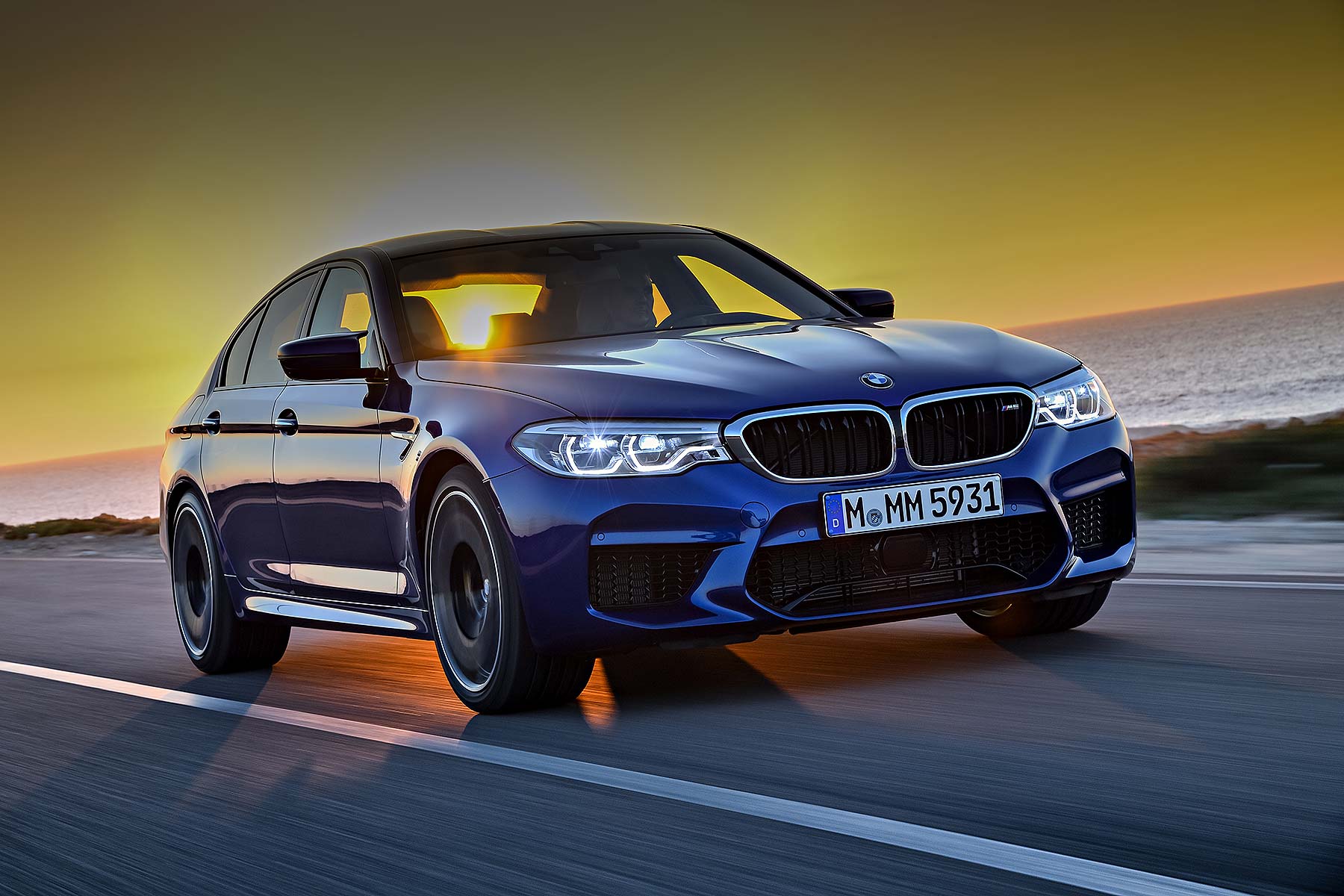 The new 2018 F90 BMW M5 is an undoubted return to form after its nice but disappointingly drama-lite predecessor. It’s crushingly fast on all roads, precise and rewarding, the V8 sounds decent and the interior is a simply beautiful place to enjoy it from.

The move to four-wheel drive has only enhanced it. The considerable power is much more usable and the extra control and incisiveness it brings is vivid. It sharpens the M5, rather than softens it, with that two-wheel-drive mode still there for drift-happy, tyre-smoking purists.

Perhaps it could still look a bit more ‘M’, although this understatedness has long defined the model compared to brash alternatives such as Mercedes-AMGs. Perhaps the engine could have some more AMG gutturalness. It does take a bit of time to unlock its full talents and, of course, it’s not cheap.

But still, the new M5 is a great car. A better car than an Audi RS6, easily. A better car than a Mercedes-AMG E63 S, though? On that, we’ll have to wait until the cars are in the UK. We feel the M5 could be the driver’s choice, but we won’t pre-empt the twin-test.

This is, however, the best BMW M5 since that fabled E39 V8. Whether it’s good enough to topple it in the M5 hierarchy, only time in the UK will tell…