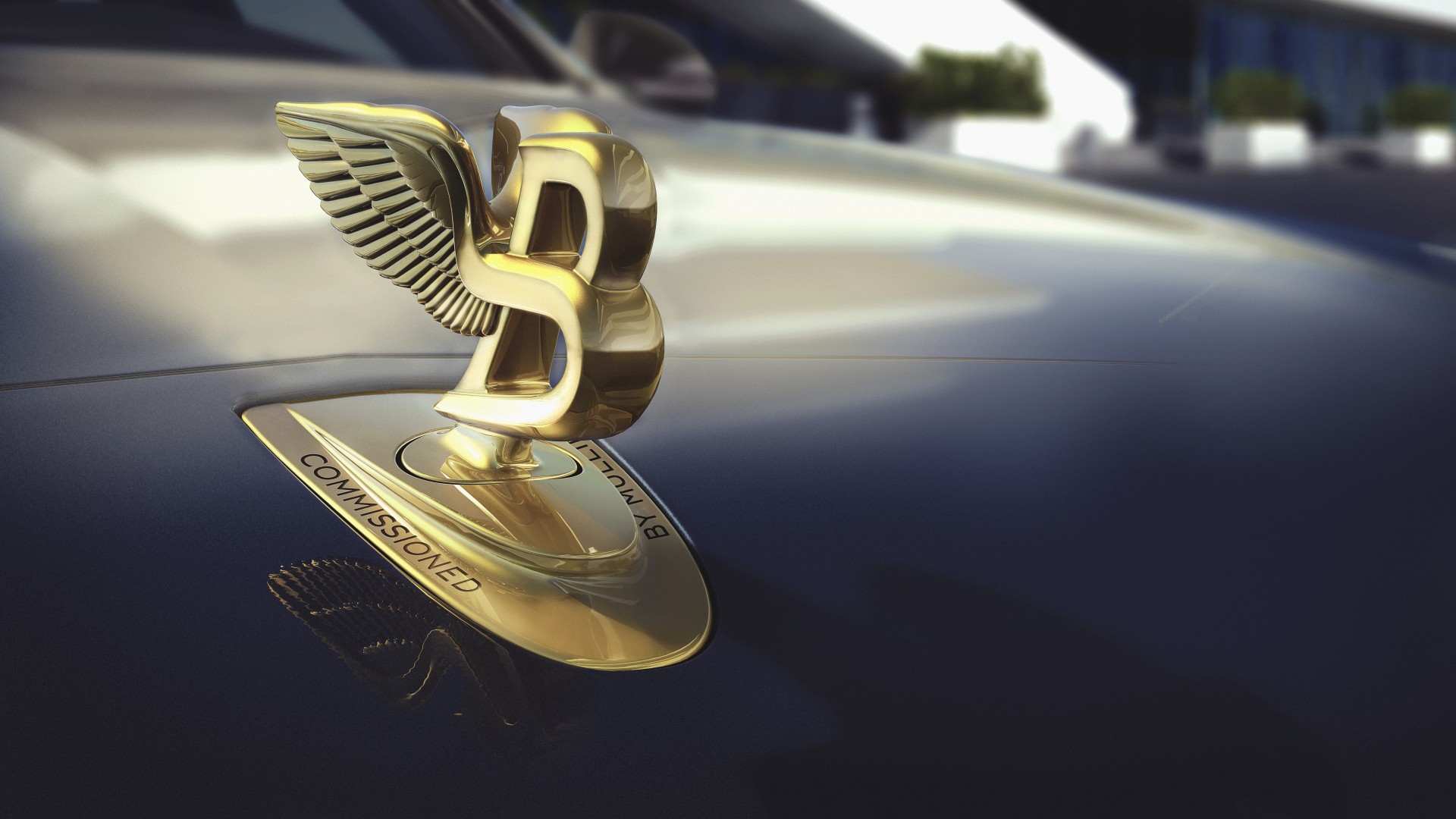 Last weekend I joined Bentley at the Goodwood Festival of Speed. This is an important year for the British brand, as it celebrates its 100th anniversary.

Bentley’s presence could be felt across Goodwood. On the hillclimb, legends from the road and the track were giving no-holds-barred performance demonstrations. Elsewhere, a pack of concours Continentals celebrated the R Type, while a centenary display spanned the company’s history on the ‘cricket pitch’.

While all eyes were on Bentley’s illustrious past, however, I sat down with Adrian Hallmark, the new chairman and CEO, to talk about what the future holds. The Gurney enclosure is the perfect spot to enjoy action on the hill, with a view straight down after the second corner past the house. It’s not so great for in-depth conversation, but we weren’t complaining. As lunch was served, we wasted no time… 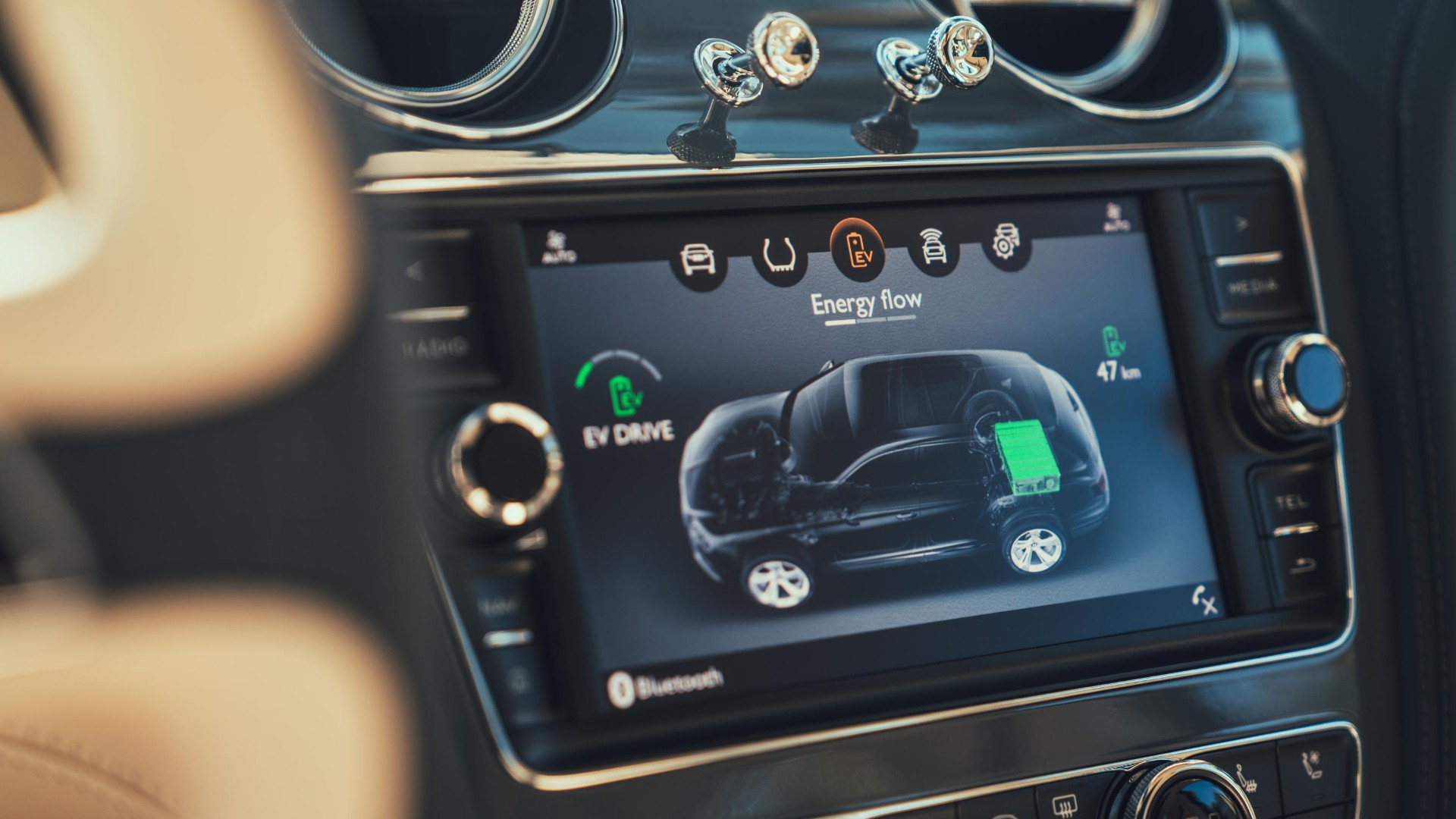 It’s a curious period of transition for Bentley. The vice of emissions regulations grips ever tighter and the marque is also dealing with rapidly changing customer demands. It has also just previewed what the Bentley of 2035 might look like, with the stunning EXP 100 GT Concept.

In the immediate term, coupes and saloons aren’t the volume-selling machines they once were, but SUVs continue to find favour. Saloons remain popular in China and the United States, though, and should be served perfectly by the new Flying Spur. The Bentayga answered the SUV question a couple of years back. 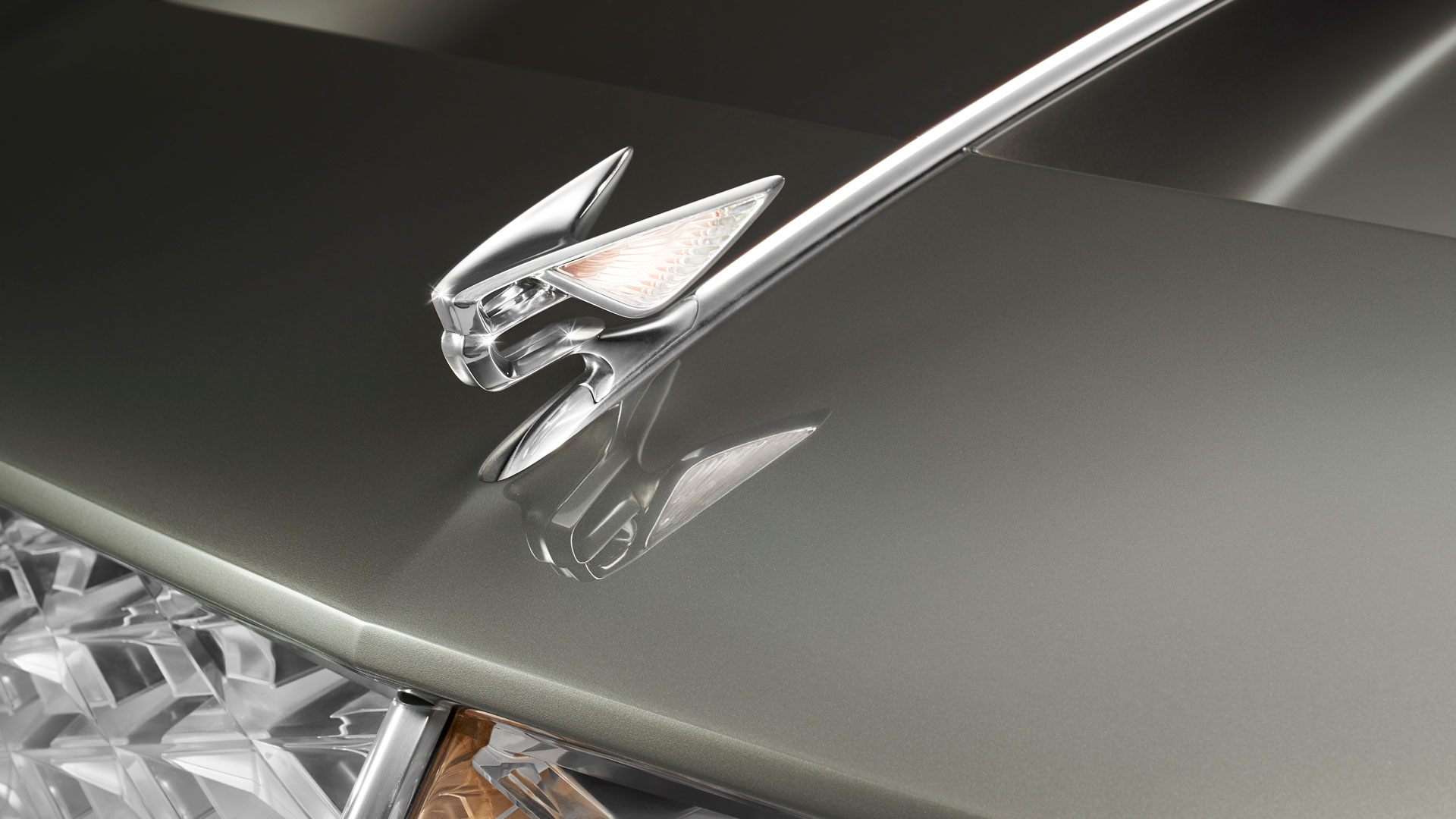 The Mulsanne remains a relic of the last decade, albeit a delightful one. Hallmark concedes that its days are numbered: “Mulsanne is a tiny business. It’s China, the US, the Middle East, and mostly long-wheelbase. We sell 500 cars a year globally. I love Mulsanne, but it’s the end of an era. That kind of product, for most people, even if you’ve got a billion in the bank, doesn’t fit with people’s lives anymore.

“Bentley always needs to be at the top of luxury and performance. Whether that means something like Mulsanne, remains to be seen,” he continued, on the notion of a ‘halo’ Bentley. The Mulsanne is on a clock, then, but it should live on until 2023. 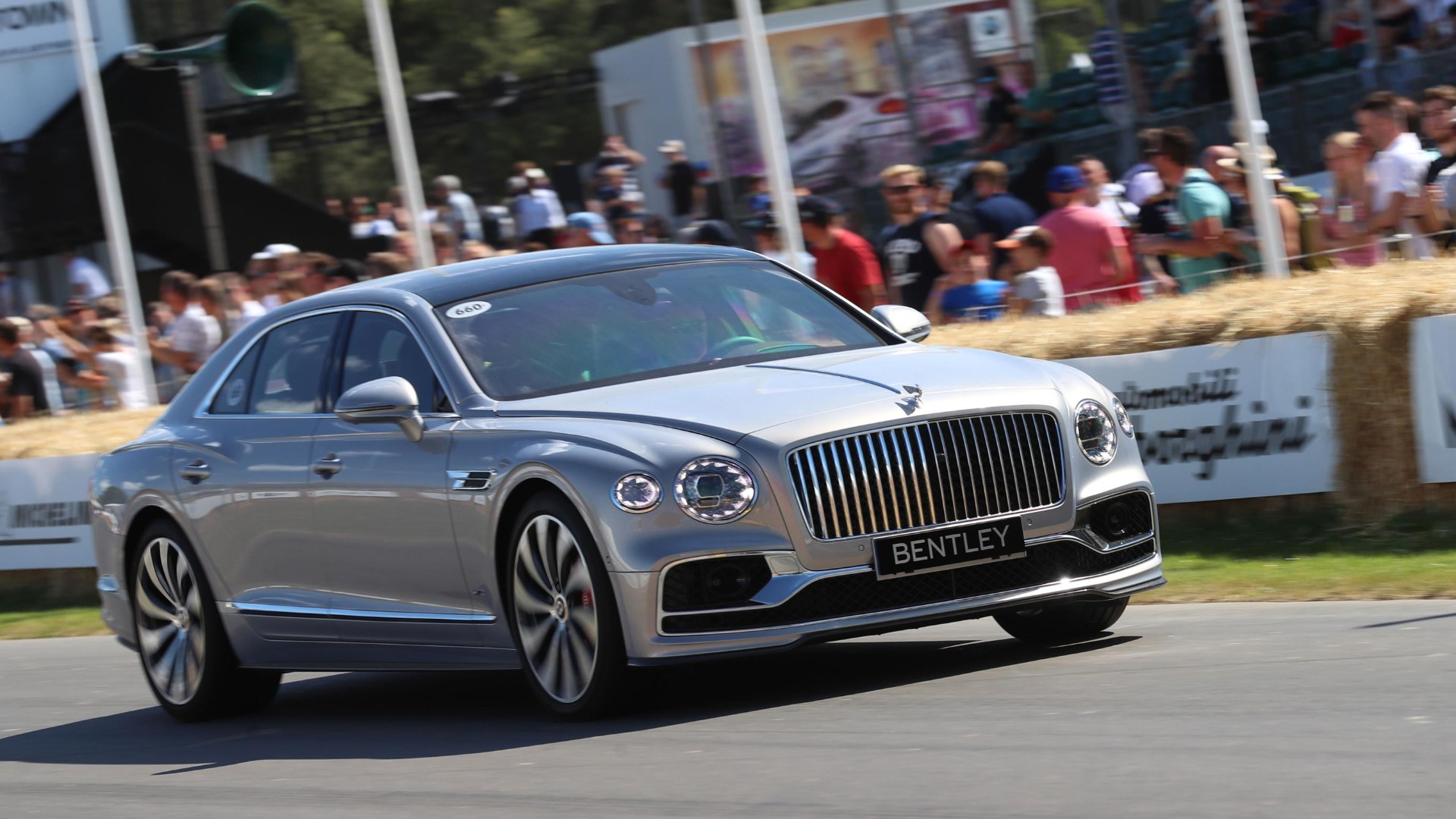 As for the rest of the range, the coming years will see hybridisation across the board, from the new Flying Spur to the rest of the GT line-up. The Bentayga hybrid was first out, with deliveries scheduled to start soon.

Hallmark told us to expect a range of hybrid Continentals in dealers before the end of next year, although he insists they must be an option, not the option.

Will we see an electric Bentley? 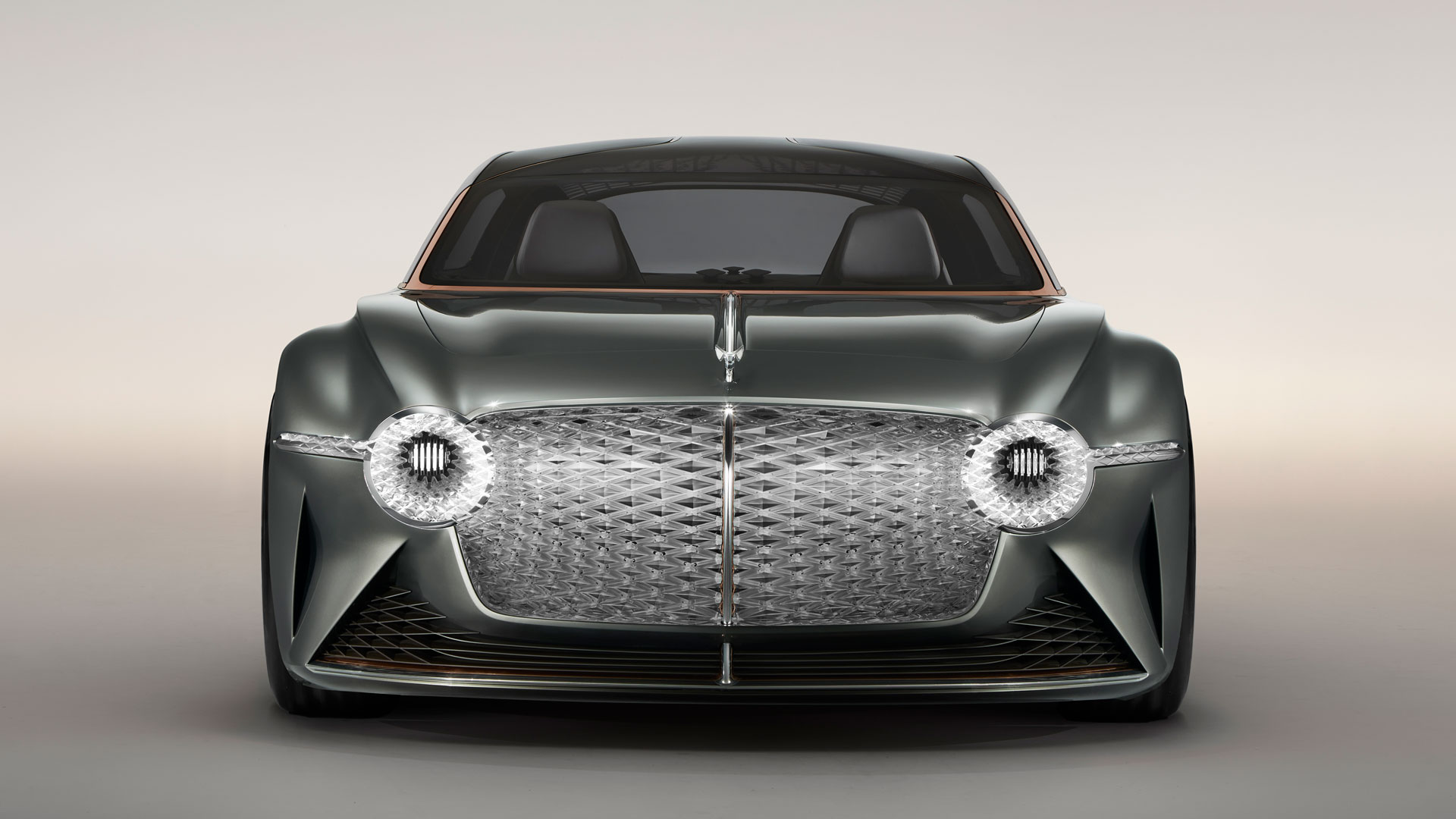 Electric power is a curious question for Bentley. Our two cents is that it would suit something like the Mulsanne beautifully – being refined yet torque-rich. There’s the expense, too. It’s difficult to lump hatchback buyers with the premiums that such technology commands. A six-figure Bentley can more easily absorb the four- or five-figure cost of electric tech.

With the weight and power of current batteries, Hallmark is unsure, but has his finger on the pulse: “The problem we have is that batteries available are too weak. Power density, battery management and longevity need to improve. It’s got to be the right size, the right level of performance, with the right range. Parity with a petrol-engined car would be enough: 250-400 miles of range. 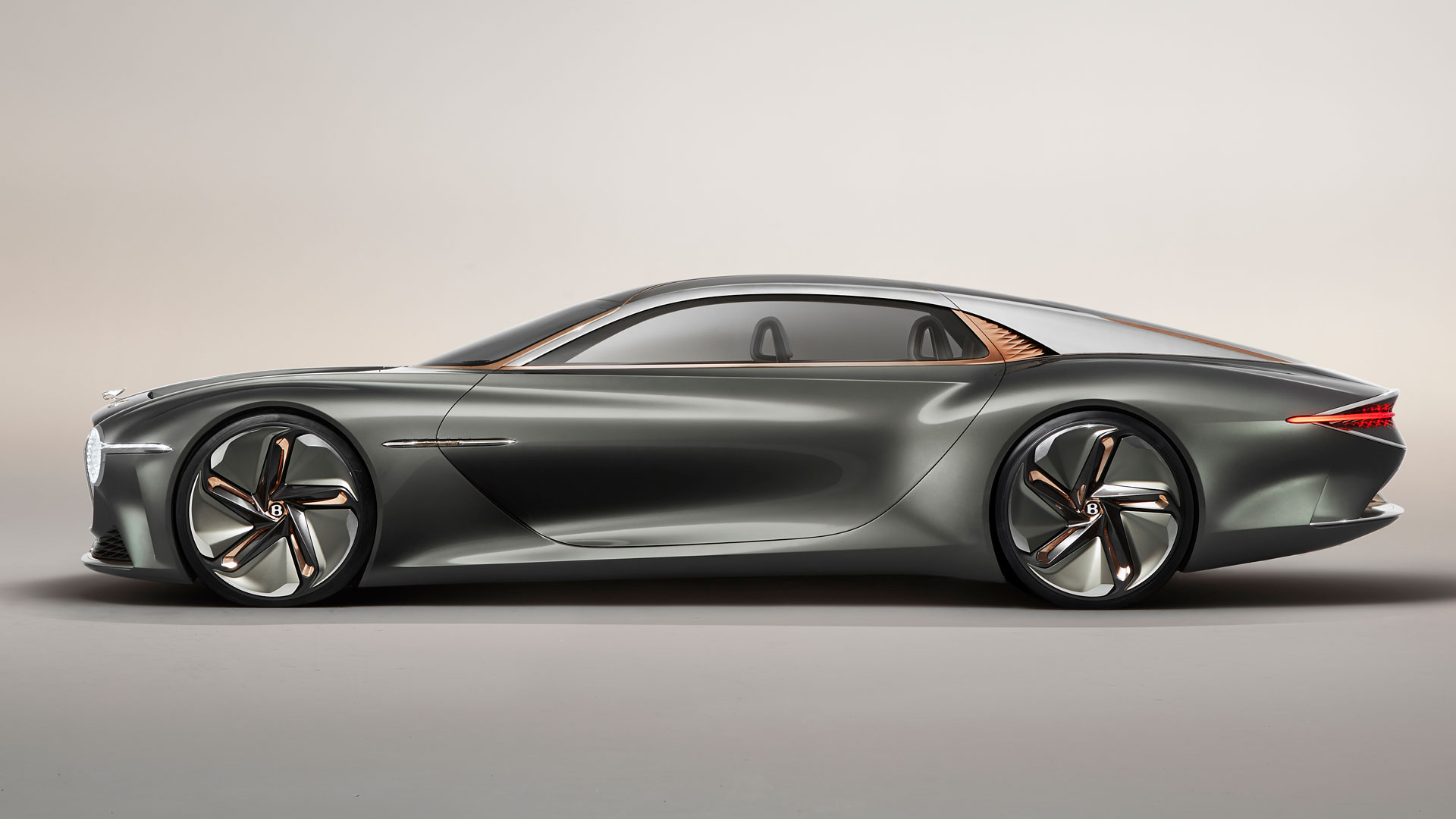 “We’re first in the queue to get the right level of battery in our cars, that’s around five years away, with the company that the Group [Volkswagen Group] has invested in, but we’re in no rush. If we could do a credible electric Bentley tomorrow, we would. But we can’t.”

Hallmark says we can expect the first all-electric Bentley on the road nearer to 2025.

Is there demand for an electric Bentley? 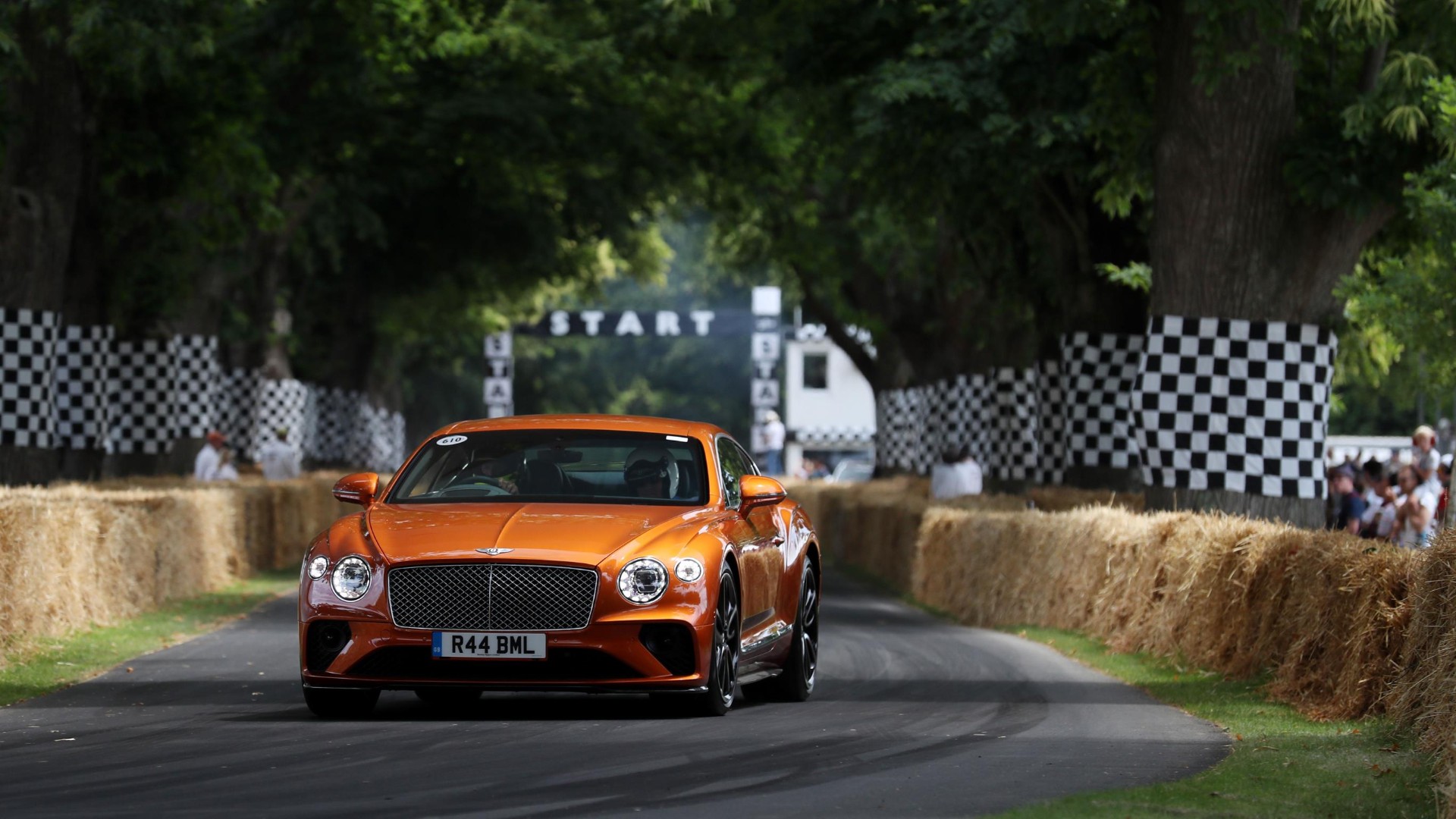 As far as customer attitudes to electric power go, it’s a mixed picture. On the one hand, Hallmark tells us, vintage Bentley owners couldn’t be less interested. On the other, younger Bentley buyers like the idea of an electric offering.

“Once a year, we survey buyers in the luxury marketplace. Around 30 percent of those people are Bentley buyers. Ask them if they’re interested in an electric vehicle and 10 percent say ‘yes’. If you ask those interested in a Bentley whether they’re keen on the idea of an electric Bentley, 30 percent say ‘yes’. I don’t want to be the last turkey in the butcher’s shop on Christmas Eve when it comes to customer choice. If we’re the last to get into the electric market, we will lose out.”

Why is there an increased interest in an electric Bentley? Well, the brand is slap bang in the middle-ground between sport and luxury – unlike McLaren, Ferrari, Lamborghini or even Aston Martin, where internal combustion powertrains are more central to their appeal. “Who wants an electric McLaren?” Hallmark jokes. 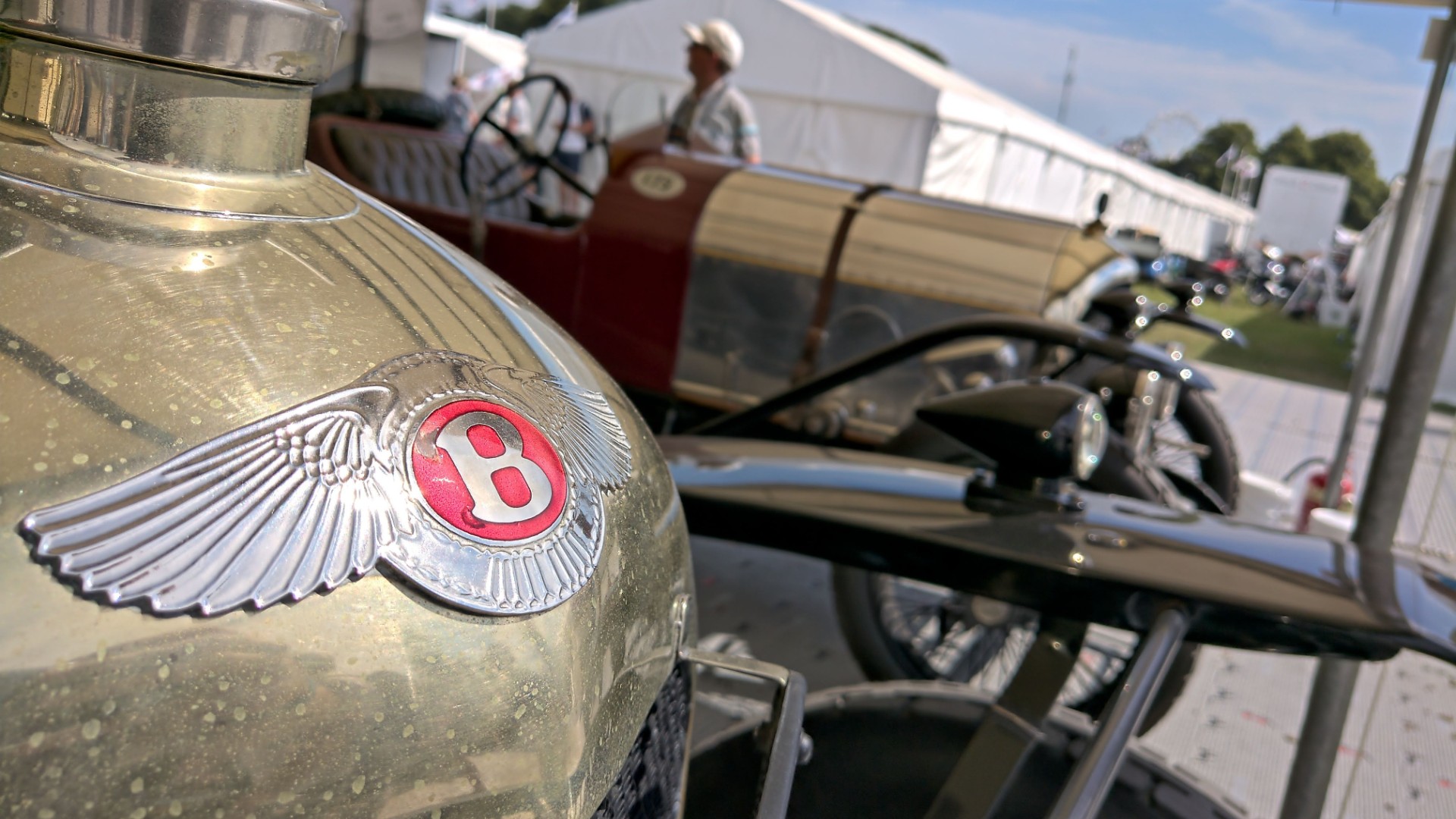 “Our brand is not as clearly positioned, because we don’t just build red sports cars with two seats. We build cars people use daily. Do they knock on the door saying ‘Where’s my BEV, where’s my BEV?’ No. But the interest is there.

“We did a clinic with a product concept that went really well. The upper end of what you’d hope for. We asked them: ‘What powertrain do you think it had?’. Most said ’12-cylinder, possibly hybrid, 600-800 horsepower’. ‘OK,’ we said, ‘how would you feel about it being a battery electric vehicle?’ A 30 percent increase in appeal.”

Will Bentley kill off petrol engines? 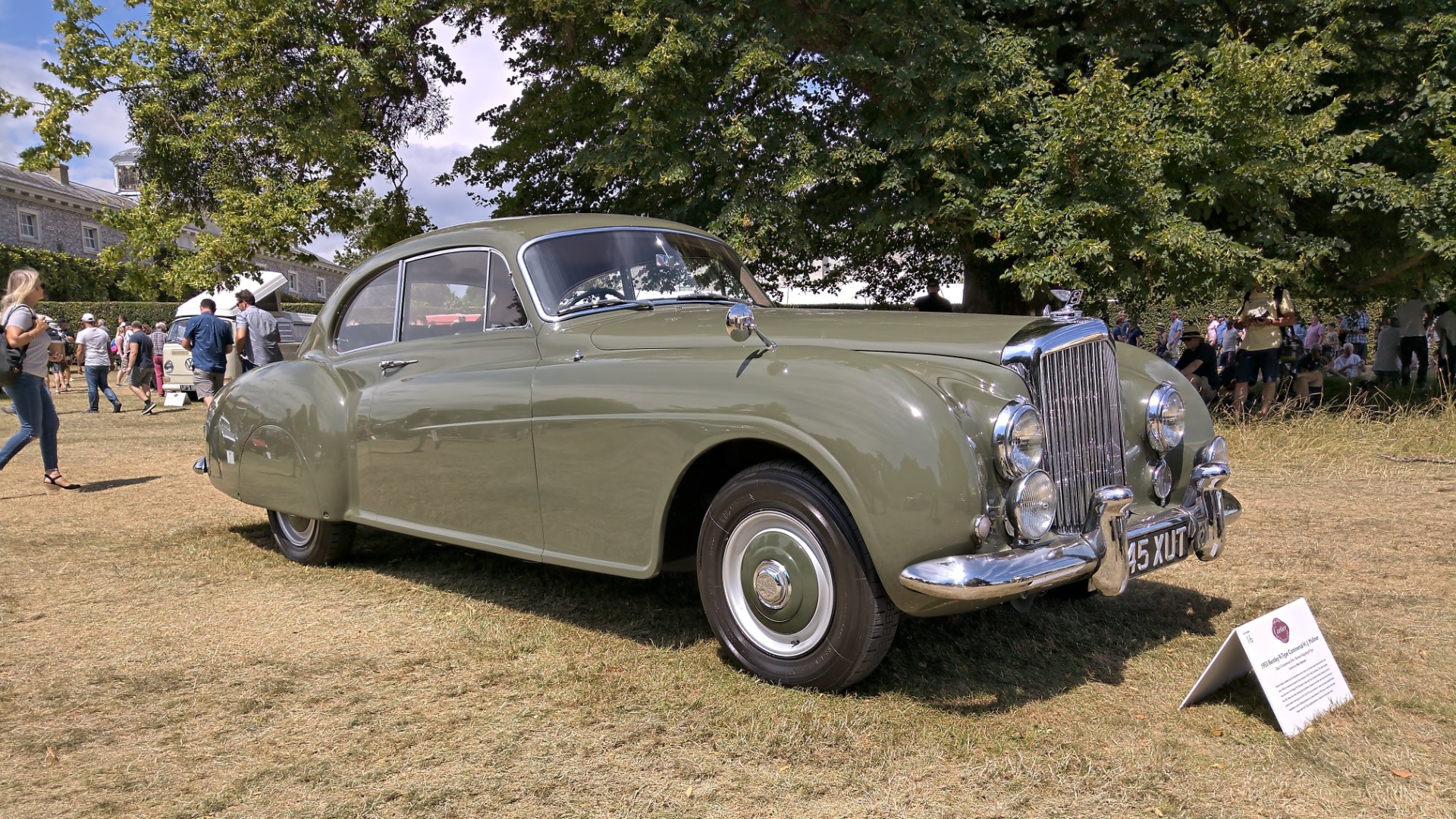 Although the desire for an electric Bentley is high, the petrol engine has life in it yet.

“We’re not ashamed of internal combustion. We want to offer both options and let the customer make the choice. We’re proud of the last hundred years, but we’ve got to think of the next hundred.”

“We may never phase out internal combustion if synthetic fuel is cracked. We’ll be one of the last if we do.” 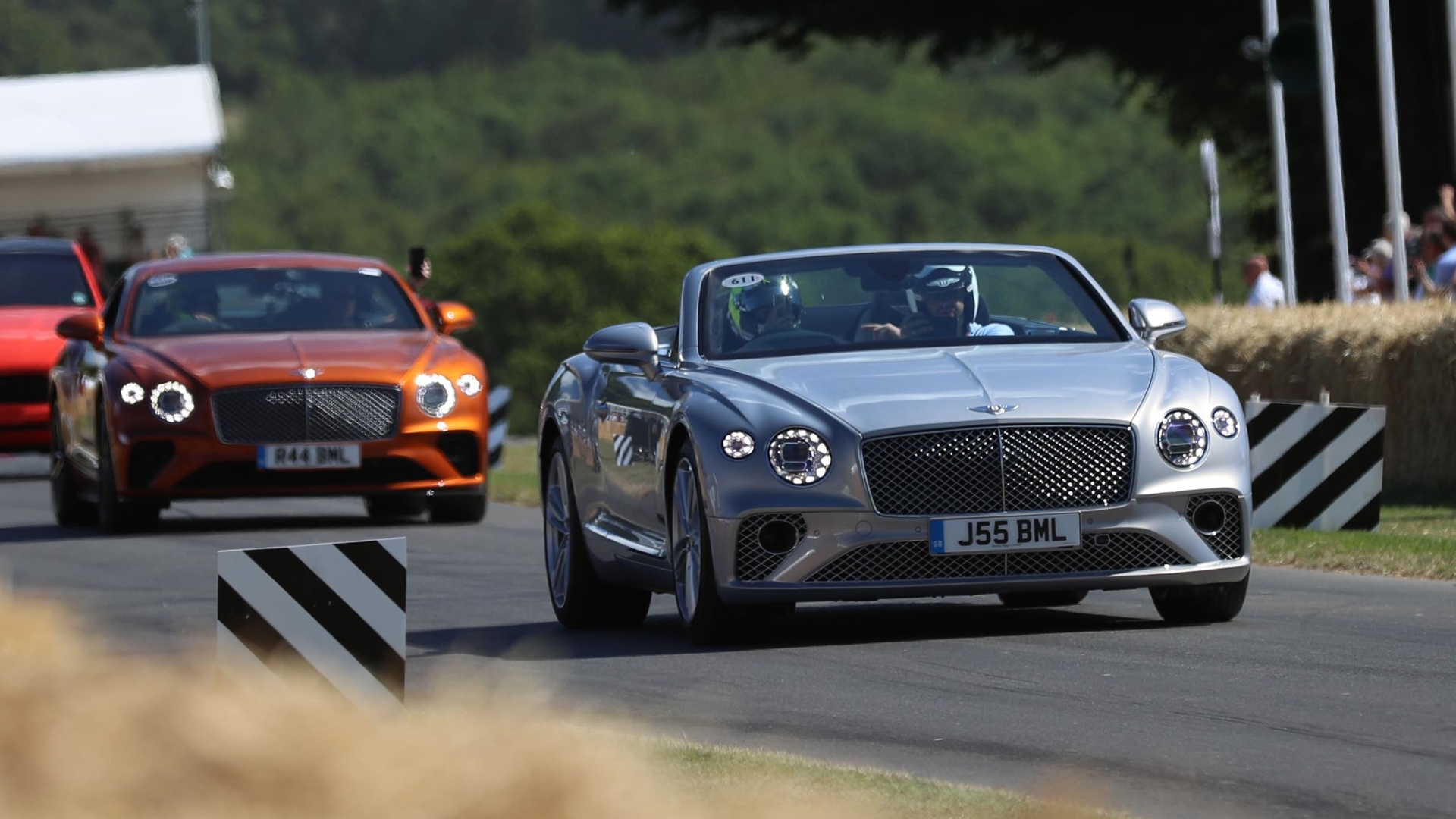 Hallmark is simultaneously anxious to electrify, then, and keen to keep internal combustion. He told us the only Bentley model that the new WLTP fuel economy test didn’t ‘get’ was the Mulsanne, because its V8 is so under-stressed.

The ultimate luxury is choice, then, and it’s one that Bentley fully intends to keep on the options list.