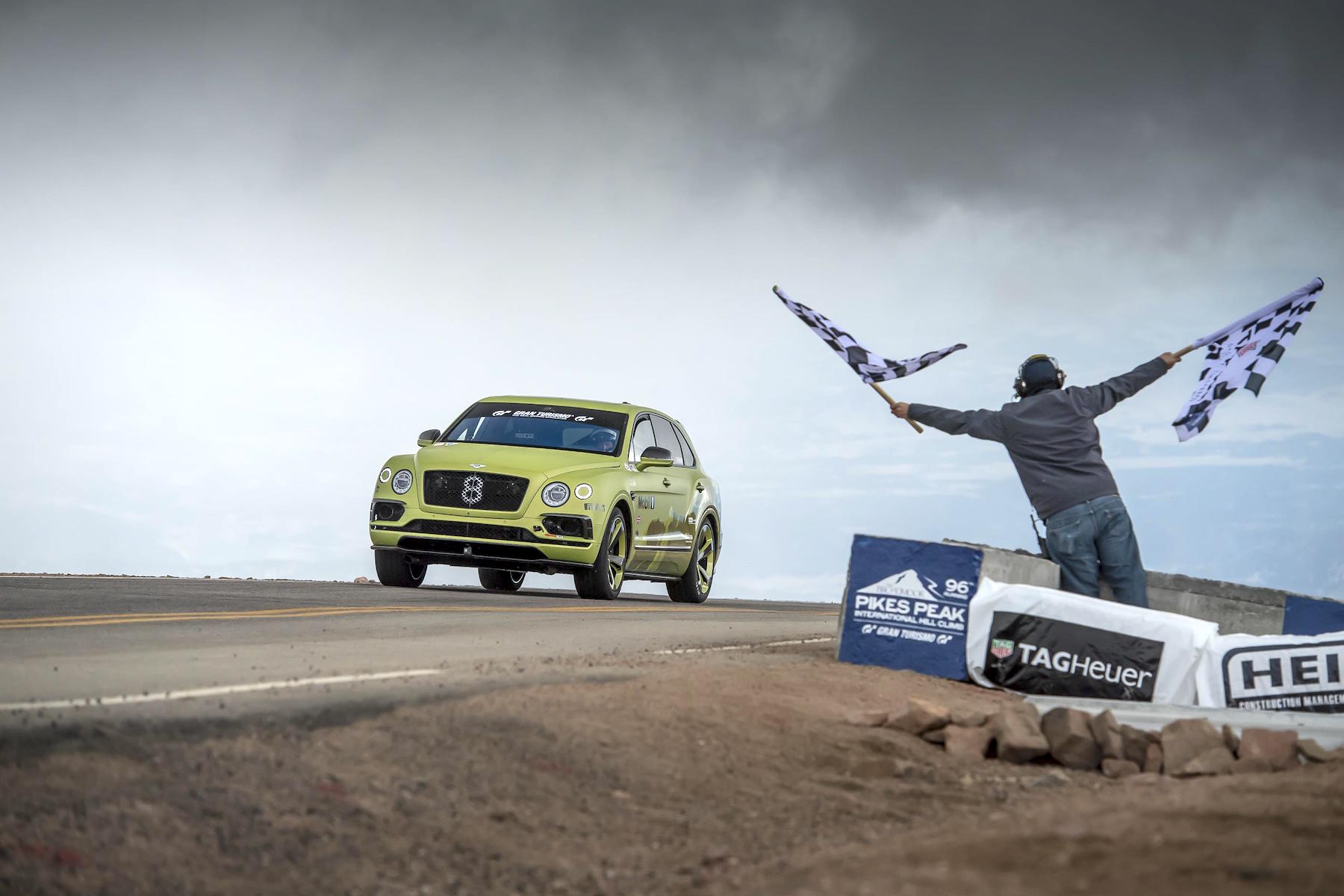 It might be the most unlikely motorsport machine in the Bentley range, but the Bentayga luxury SUV has become a racing winner.

Reaching the top of the 12.42-mile long Pikes Peak International Hill Climb course took the Bentayga 10 minutes 49.9 seconds. This slashed more than two minutes from the previous SUV class record, and saw the big 4×4 average 66.5mph on the way to the top.

Experienced New Zealand driver Rhys Millen added the class win to his previous two Pikes Peak victories, in what turned out to be a successful weekend in Colorado for the Volkswagen Group. The radical all-electric Volkswagen I.D. R having set a new outright Pikes Peak record, too. 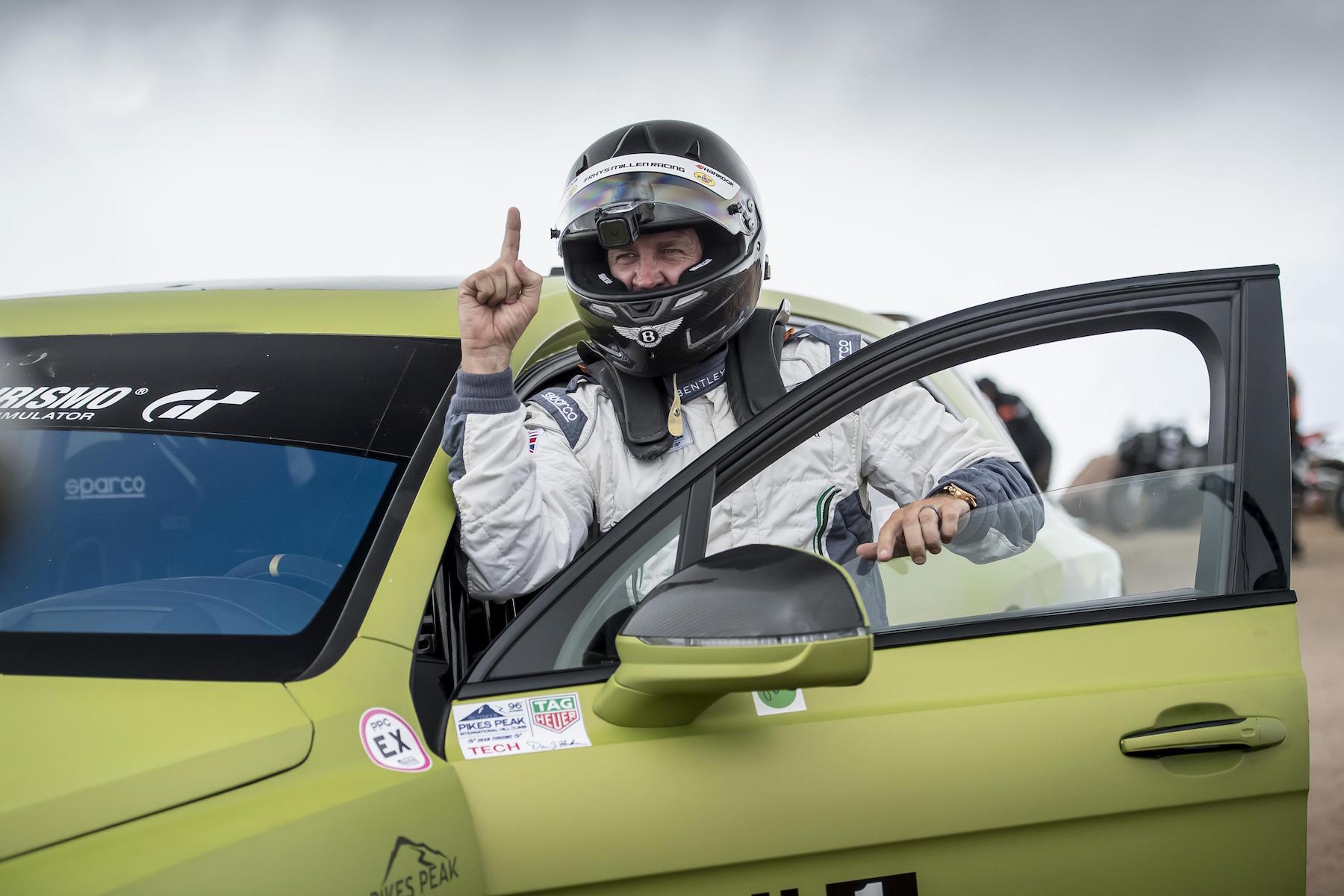 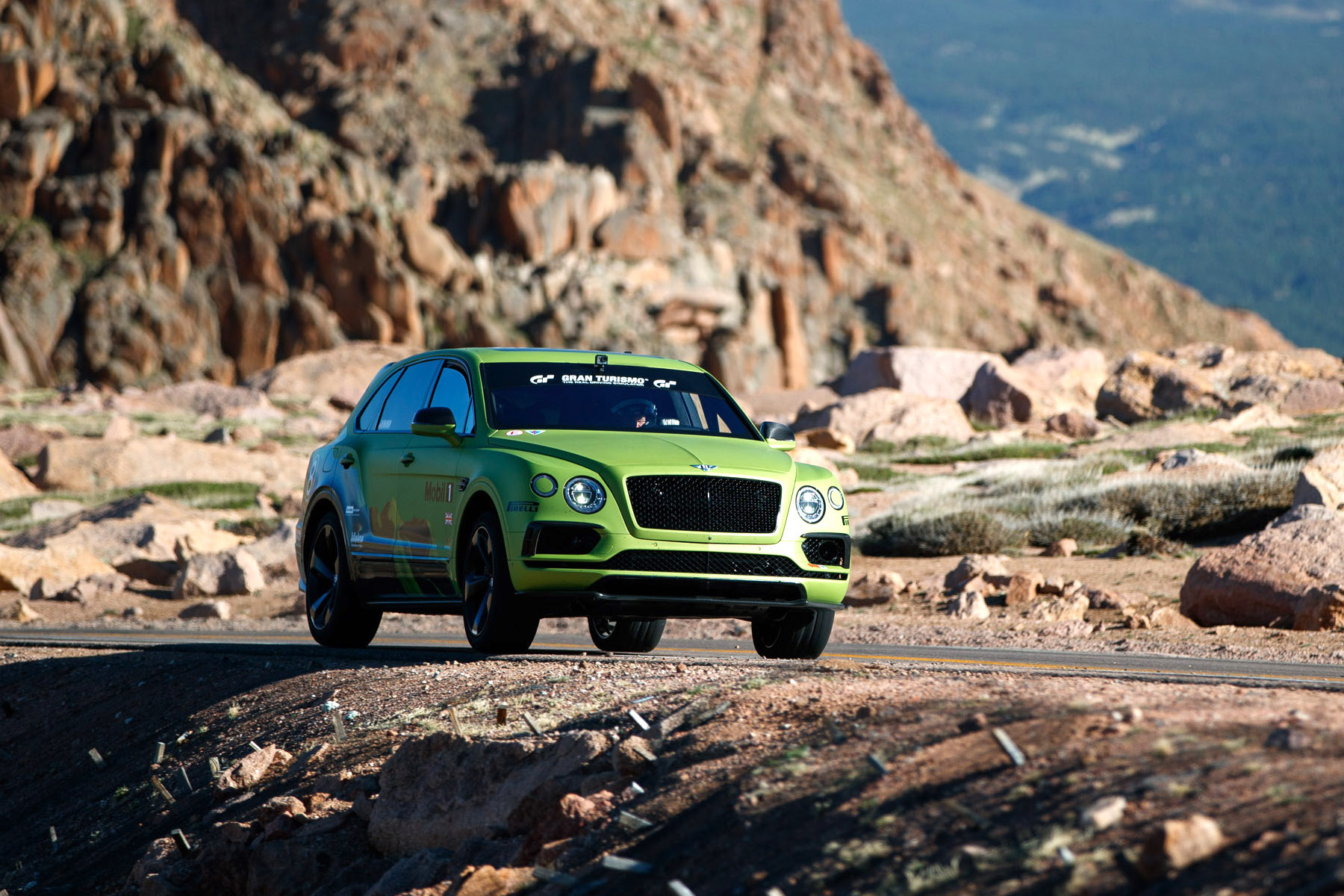 Whilst there won’t be a road-going version to celebrate Volkswagen’s achievements, Bentley fans will be able to own a tribute to the Pikes Peak Bentayga.

Powered by the same 600hp and 664lb-ft W12 engine as the car driven by Rhys Millen, the special Pikes Peak Bentayga will be limited to just ten examples.

Each will be built by Mulliner, Bentley’s coachbuilding department, and offered in a choice of two colours. Beluga Black is the subtle option, whilst those wanting the full Pikes Peak replica can can pick the eye-watering Radium green colour. 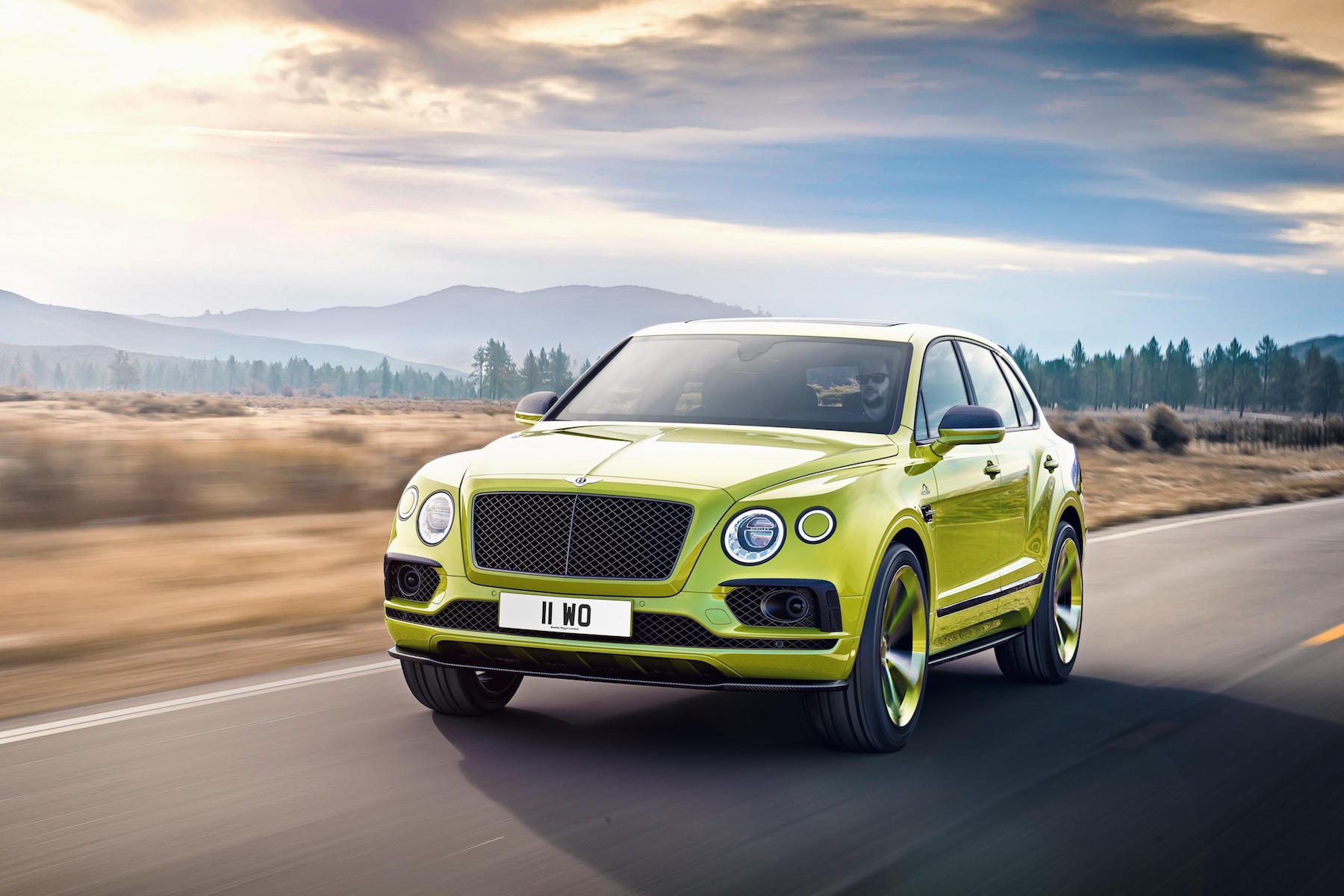 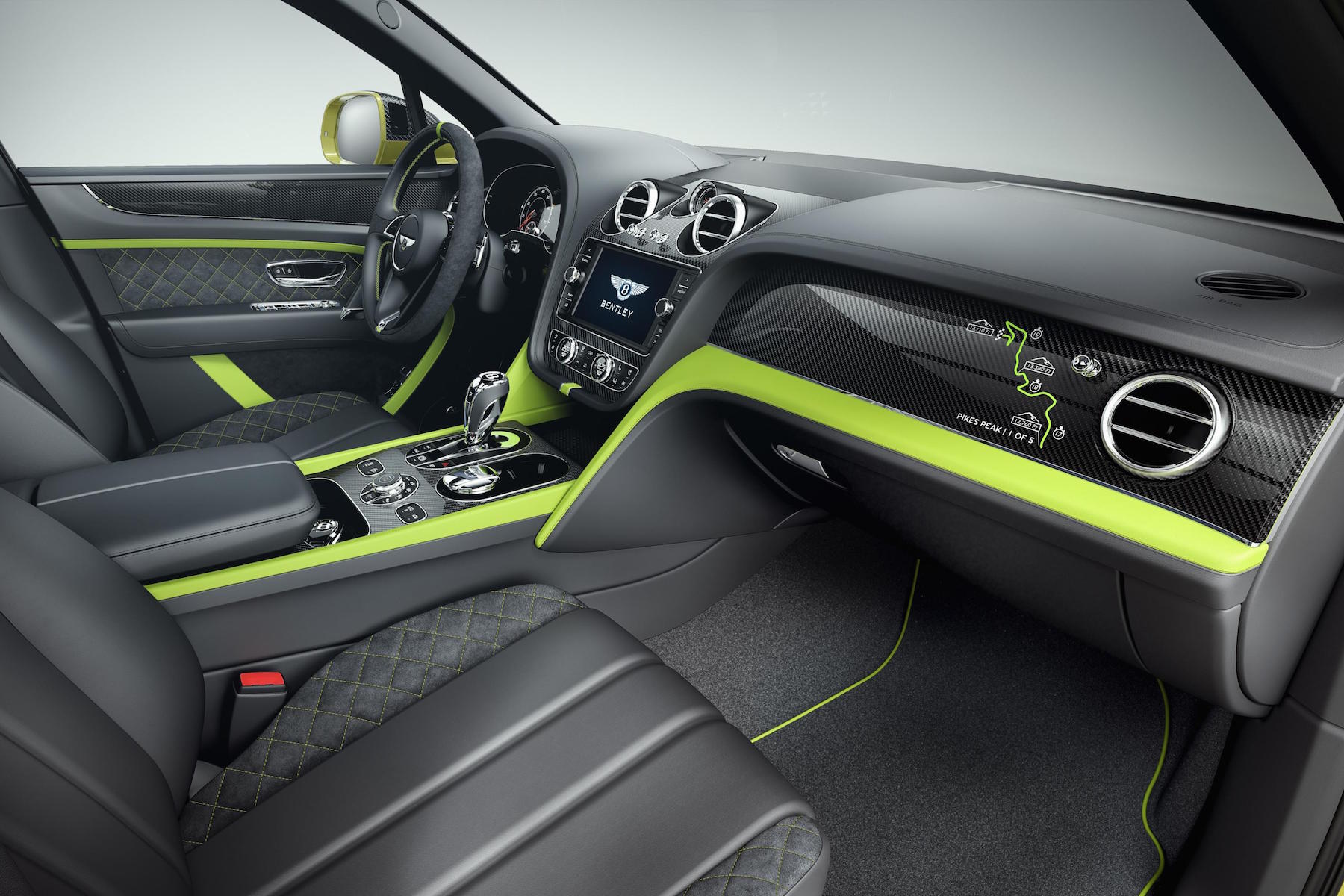 The 22-inch alloy wheels are finished in a combination of Beluga and Radium, whilst all the chrome on the Bentayga is replaced with gloss black. Carbon fibre is used for the splitter, rear spoiler, diffuser, and side skirts.

A special Pikes Peak logo adorns the wheel arches, with similar branding applied to the tread plates and dashboard facias. The seats are upholstered in a combination of black leather with Key Lime Alcantara, with the same combination found on the doors.

With the Pikes Peak record-setter based on a production model, the ten buyers will be safe in the knowledge that they will have the same technical specification as Mr Millen. That means an eight-speed automatic gearbox, adaptive air suspension, carbon ceramic brakes, and a four-wheel-drive system, of course. A sports exhaust is also standard.

Those interested in recreating the Pikes Peak record will have to wait until August, when Bentley will start accepting orders for US and European customers. Plenty of time to learn the 156 corners that make up the hill climb course.