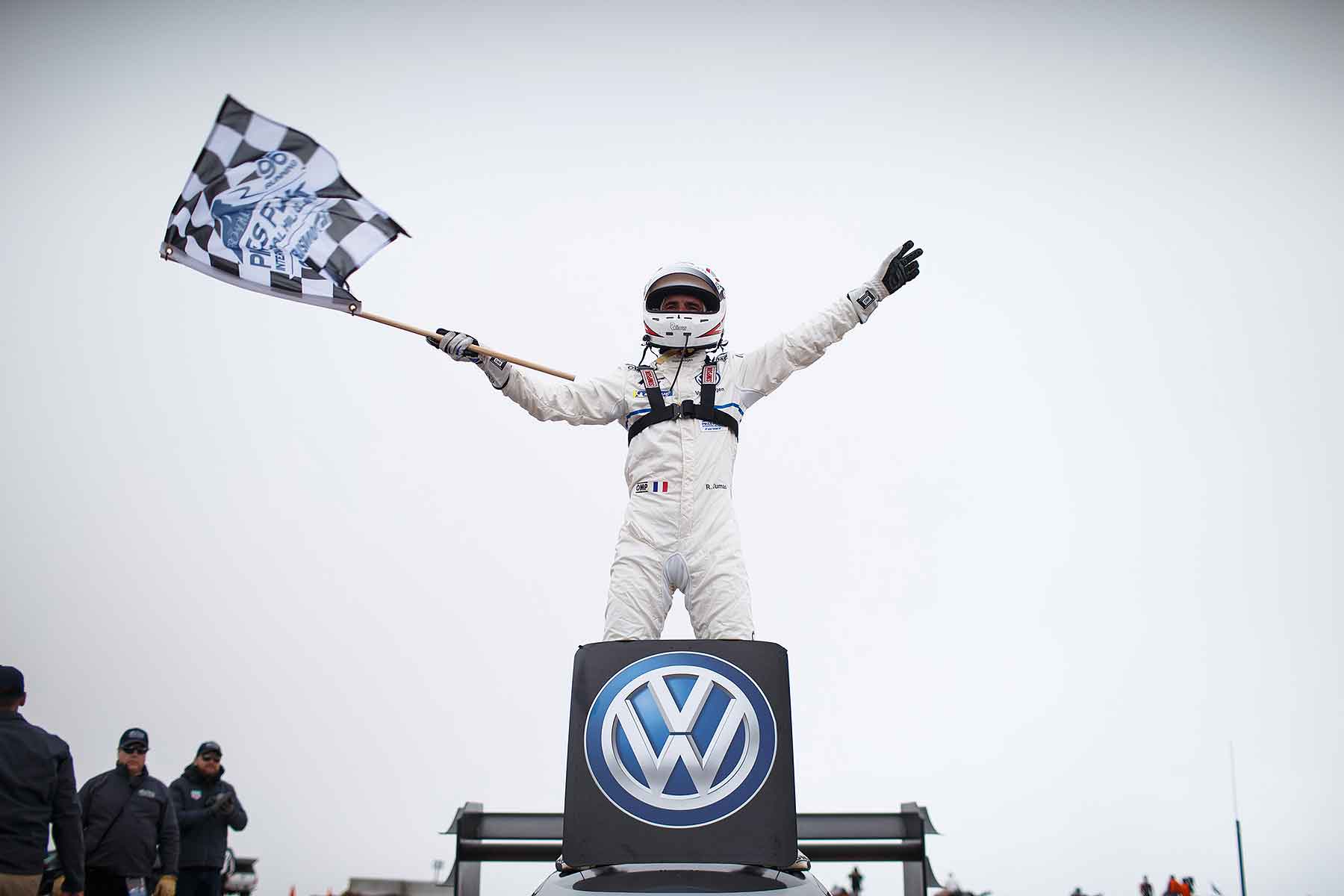 The Pikes Peak International Hill Climb is a world-famous challenge that dates back to 1916. For decades, car makers have been entering exotic one-off rally cars to set a new course record at the Colorado, North America hill climb: since 2013, the all-time record was held by nine-times World Rally Championship holder Sebastien Loeb.

Volkswagen has now set a fresh Pikes Peak record, with a time 16 seconds faster than Loeb’s run – in an all-electric racer.

The Volkswagen I.D. R Pikes Peak is a futuristic 680hp EV that is a motorsport version of the upcoming I.D. electric road car family. It was tailored to the Pikes Peak challenge, so weighs less than 1,100kg but has a lot of downforce and a lot of quickly-deployed power: ideal for a course that has 156 corners and rises 4,720 feet (1,440 metres) to finish at a heady altitude of 14,110 feet (4,300 metres). 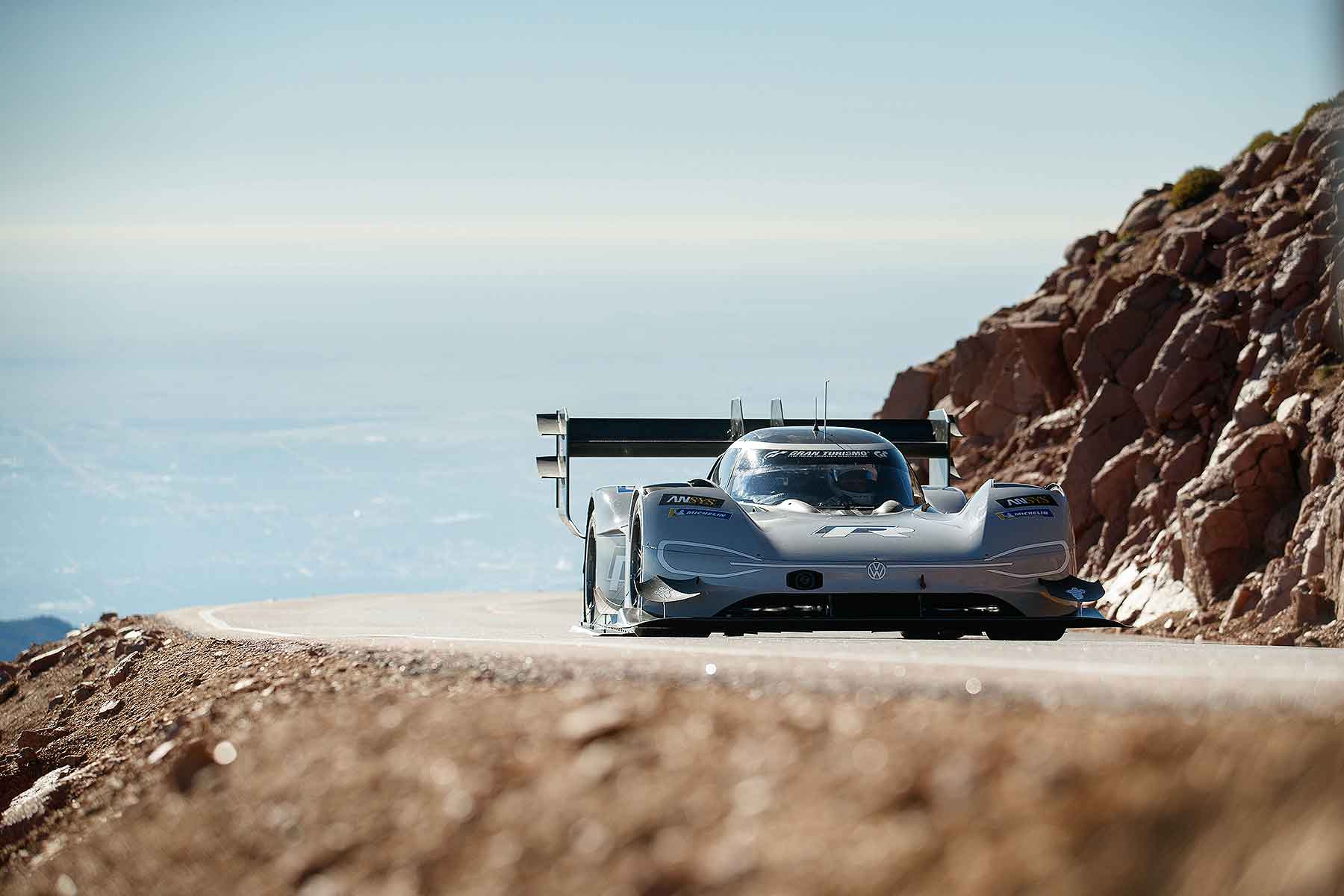 Volkswagen also designed a new fast-charge system that replenishes the batteries in less than 20 minutes; generators running on eco-conscious glycerol situated at the foot of the 12.4-mile course provide the charge.

The firm’s motorsport director Sven Smeets reckons the I.D. R Pikes Peak is “the most innovative and complex car ever developed by Volkswagen Motorsport”. French racer Romain Dumas is the new record holder and reckons it is “the most impressive car I have ever driven in competition” – quite some praise from a three-times Le Mans 24 Hours winner.

The Volkswagen bosses were duly delighted. “The I.D. R Pikes Peak is the sporty forerunner of Volkswagen’s I.D. family,” said VW board member Dr. Frank Welsh. “Today, we saw what this technology is capable of.” 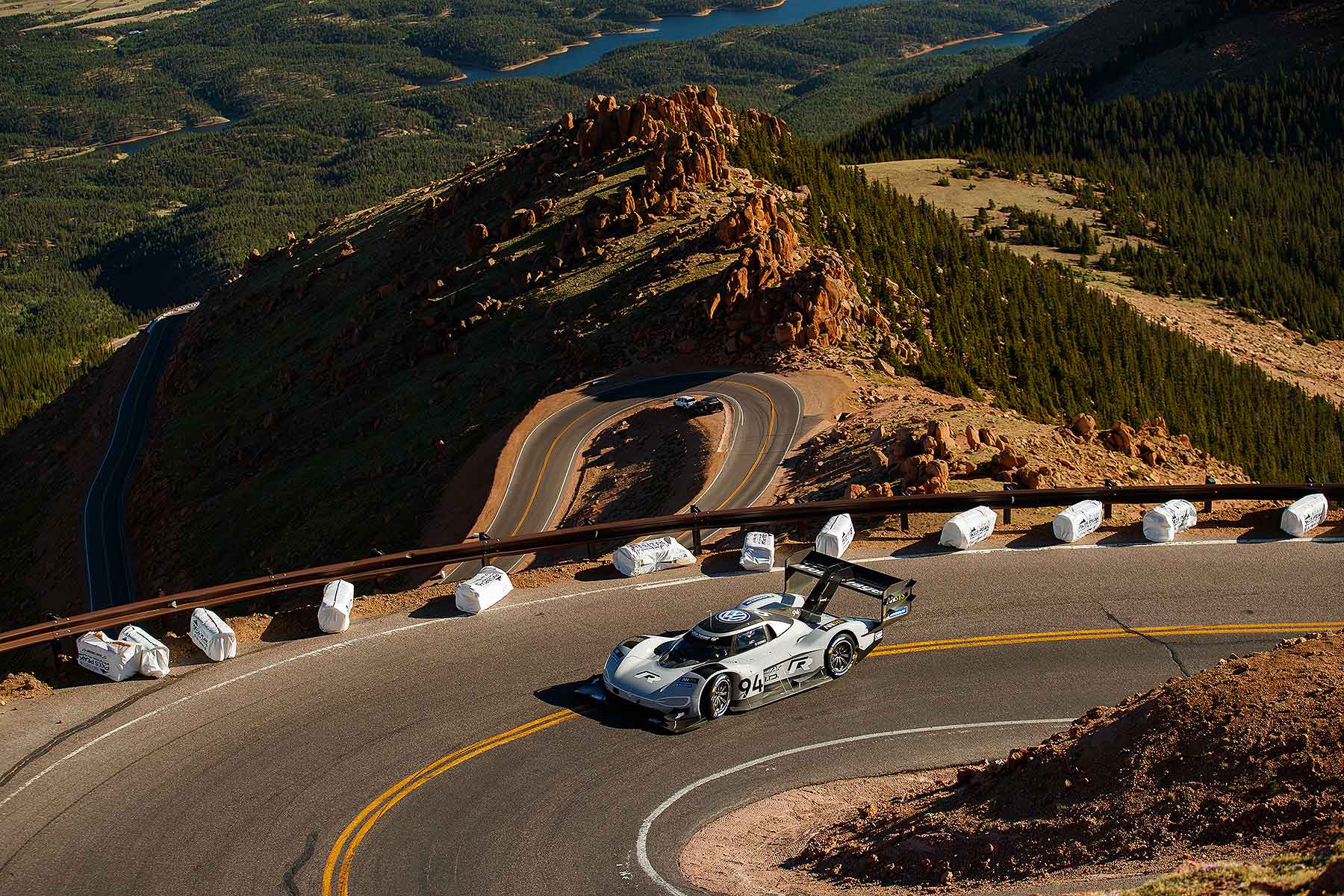 The fact it has set a new record at a motorsport challenge that’s run for more than a century “speaks volumes for electric mobility”.

Dumas’ overall time was 7m 57.148s, and his name now joins the Pikes Peak wall of fame, alongside legends such as Loeb. Walter Rohrl, Michele Mouton and Stig Blomqvist. Not bad, added Volkswagen, for a project that only started eight months ago…