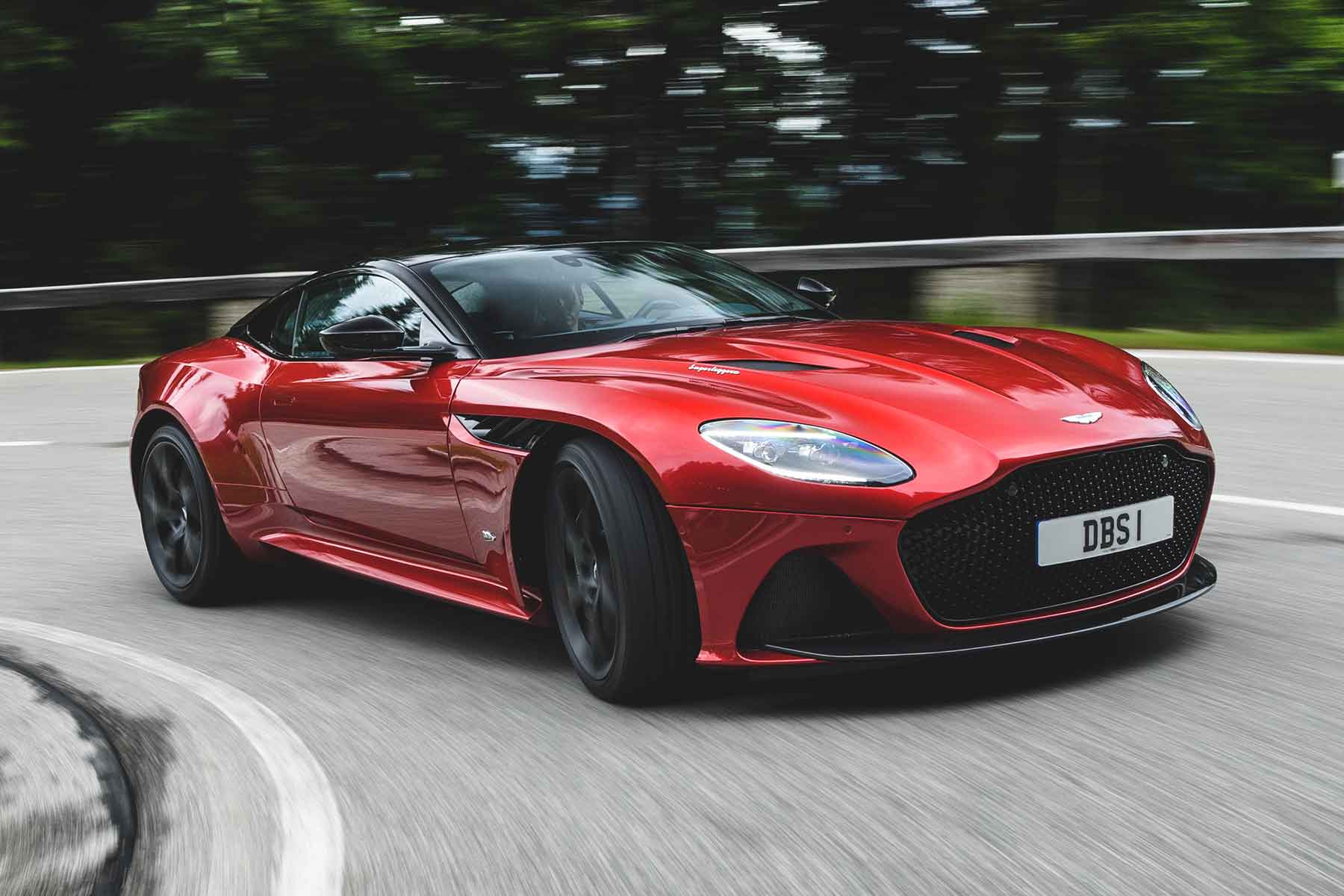 If the Aston Martin of old weighed in on the Brexit debate, it would have been at best politely ignored, at worst gently mocked. Now this newly-profitable British brand wields genuine political clout, thanks to a product-led renaissance that – unlike the ubershambles of Brexit – shows no signs of being derailed.

Already this year, Aston has launched a new Vantage and DB11 Volante, plus spicier AMR versions of the Rapide and DB11. Now it’s the turn of the DBS Superleggera: a £225,000 “Super GT flagship” to rival the Ferrari 812 Superfast. Note CEO Andy Palmer’s choice of words there, too – a heavy hint that the 2021 Vanquish will (as rumoured) morph into a mid-engined risposte to the McLaren 720S.

This is a more traditional type of Aston, although there’s nothing old-school about its vital statistics: 725 horses and a titanic 900Nm (663lb ft) of torque, which translates to 0-62mph in 3.4 seconds and 211mph. Not long ago, that was hypercar territory. 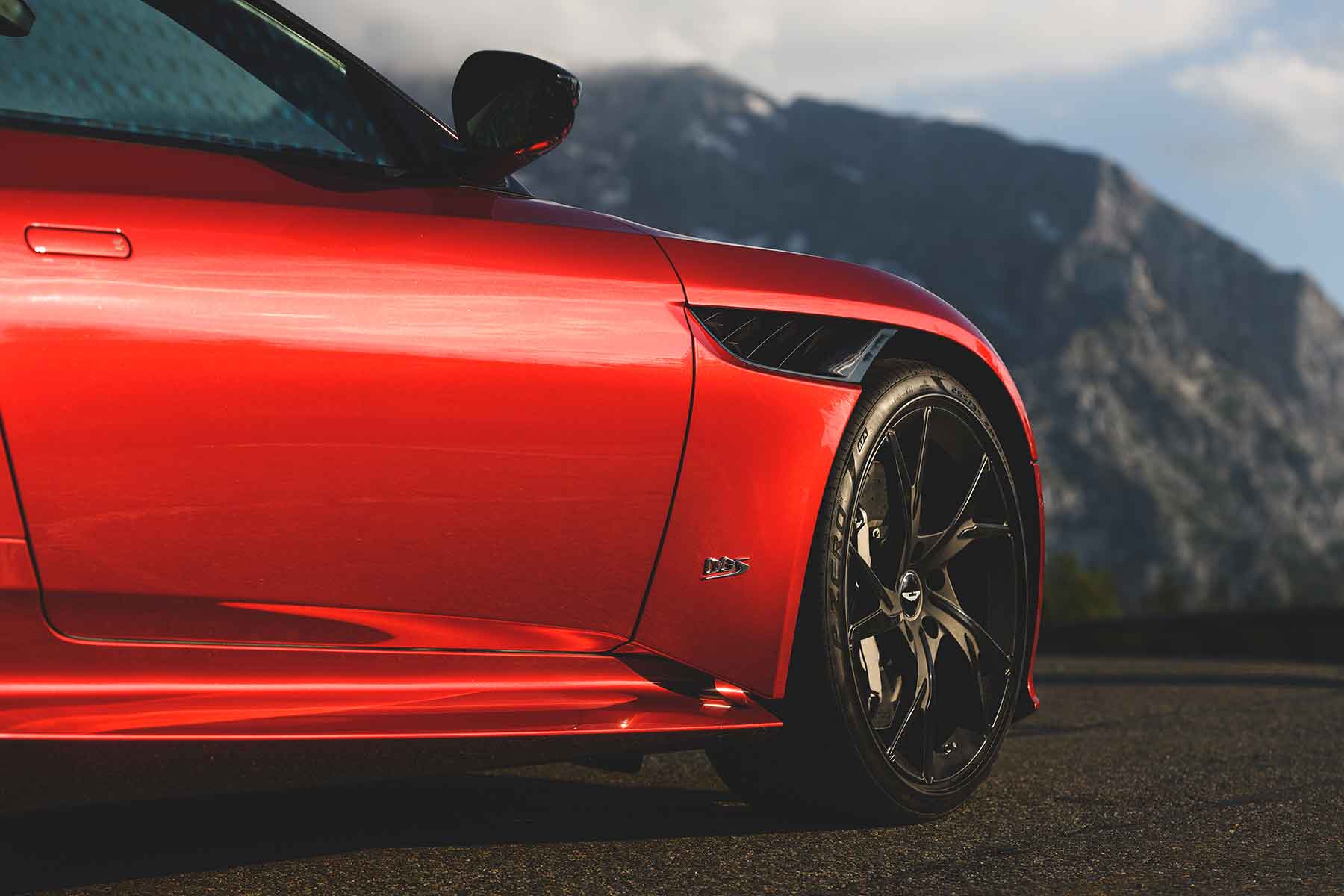 All that oomph comes from a 5.2-litre twin-turbo V12, driving the rear wheels via an eight-speed paddleshift transmission. Carbon-ceramic brakes and a mechanical limited-slip differential help keep everything pointing in the right direction. In theory, at least.

Every body panel on the DBS differs from the donor DB11, with a new aero package that generates 180kg of downforce at VMax. Weight-saving carbon fibre is used for the huge clamshell bonnet, roof and rear deck, yet there’s nothing especially ‘super light’ about the 1,693kg Superleggera. No matter. As chief stylist Marek Reichman remarks: “If Ferrari can use an English word [Superfast], we can use an Italian one.” 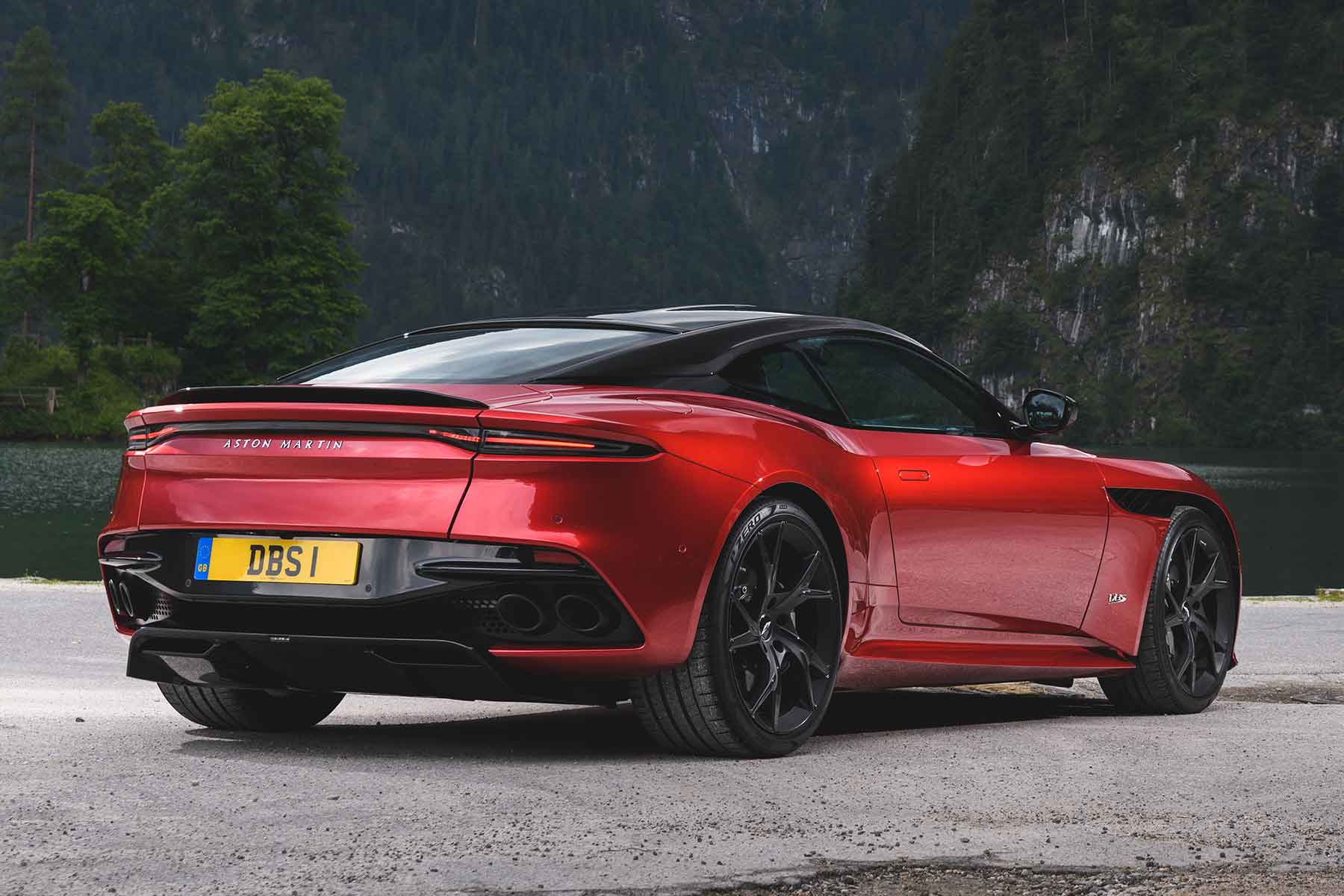 The ‘Superleggera’ name was first used by Touring – the Italian styling house behind the DB4, DB5 and DB6 – and the curvaceous chrome script beside those bonnet ‘nostrils’ exactly replicates the 60s originals. It’s a neat nod to the past on a design that doesn’t dwell on former glories.

At the launch, Aston Martin had helpfully lined up a DBS alongside a DB11 and Vantage, and it was immediately apparent which of the trio was most powerful. Reichman calls the car a “brute in a suit”, but, if so, this is a tightly-fitted tracksuit rather than the pressed pleats of a DB11. It bulges in all the right places.

Check out the aero strakes cut into the Aston DBS Superleggera’s front wing.

V12 sits as far back as possible – for near-perfect weight distribution. pic.twitter.com/S8jVk3C8m4

A huge honeycomb grille feeds air to that hungry V12, while slash-cut ‘curlicue’ strakes and jutting ‘open-stirrups’ in the front wings (a la Vulcan and Vantage GTE racer) help air flow along the fulsome flanks. At the rear, a gorgeous sliver of naked carbon fibre, dubbed ‘Aeroblade II’, serves as a fixed spoiler. Wheels are 21-inch forged alloys wrapped in Pirelli P-Zero tyres: 265/35 front and 305/30 rear.

Other aero tech includes a carbon fibre splitter that channels air beneath the car, which is then accelerated and exhaled via a racing-style double diffuser. The result is downforce without drag, and a design that – to borrow Marek’s words – “exudes an immense potency”. Nobody will mistake the DBS Superleggera for anything less than a very fast car. 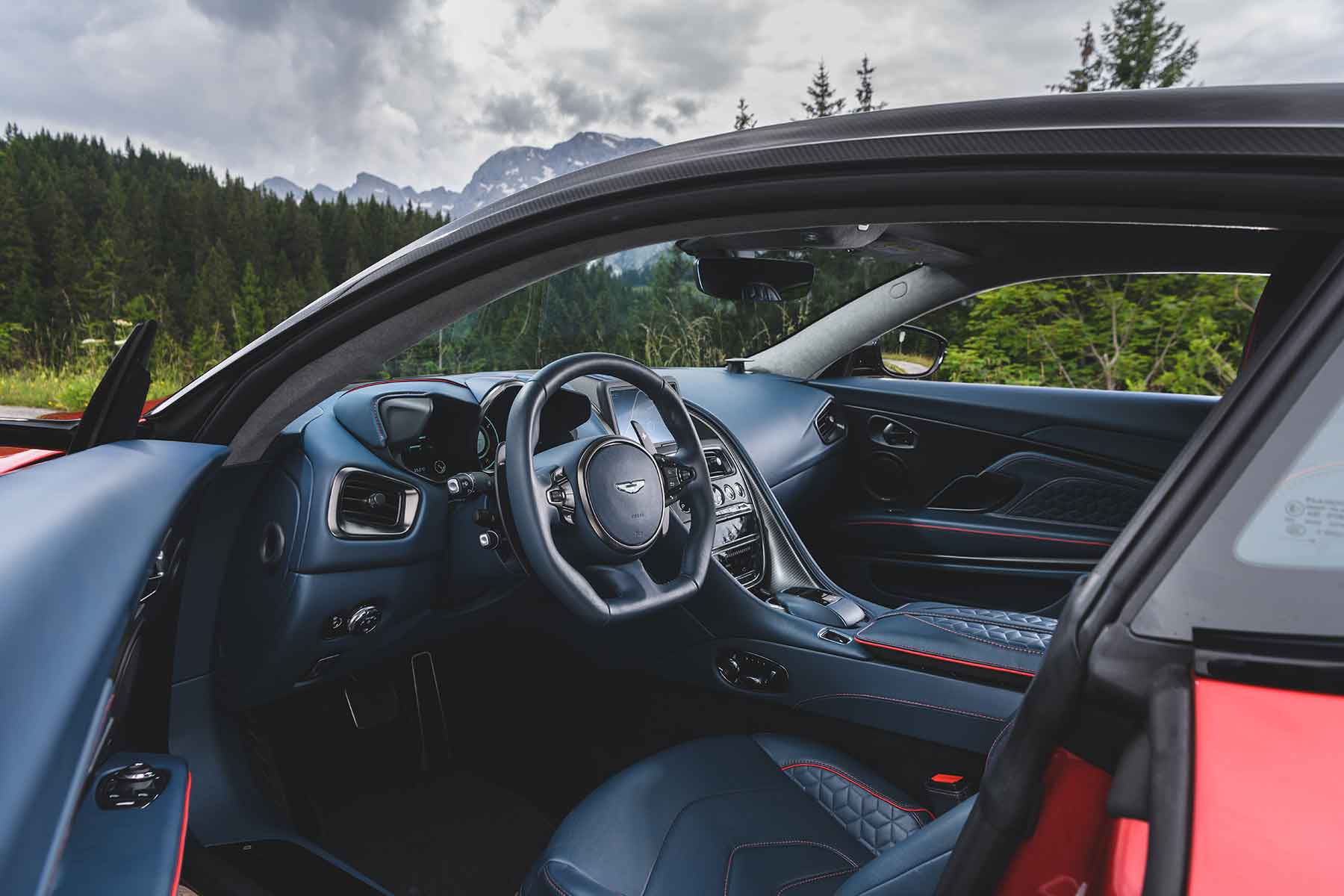 Amazingly, the DBS is still a four-seater. It’s horrifically cramped back there, of course, but just bearable for short journeys – or for those still in short trousers. If nothing else, the rear chairs provide extra luggage space: a useful advantage over the 812 Superfast.

Compared to the exterior, the inside has received a relatively mild makeover. The most obvious upgrades are hip-hugging ‘Sports Plus’ seats (trimmed in leather and Alcantara) and the Vantage’s squared-off steering wheel. Also spot the shapelier instrument binnacle, longer shift paddles and double chevron motif stitched into the seats and roof lining. Nobody tell Citroen.

Elsewhere, most of what you see and touch is stock DB11, and that’s both a good and bad thing. On the plus side, the cabin has a focused, cockpit-like feel, with a fully-adjustable driving position and decent visibility (for a supercar). Perceived quality is impressive, too, if not quite in the Audi or Porsche league.

Less positively, the DBS retains the DB11’s mix-and-match switchgear and out-of-date Mercedes-Benz media system, with blocky graphics that are more Amstrad than Apple. Not great when you’ve just spent nigh-on a quarter-mill.

As you’d expect, there’s a huge range of ‘personalisation’ options available. Highlights include a carbon fibre steering wheel, embossed DBS logos on the headrests and a choice of five colours for the seatbelts. Speak to Aston Martin’s brilliantly-named Q division, though, and the only limits are your imagination and bank balance. 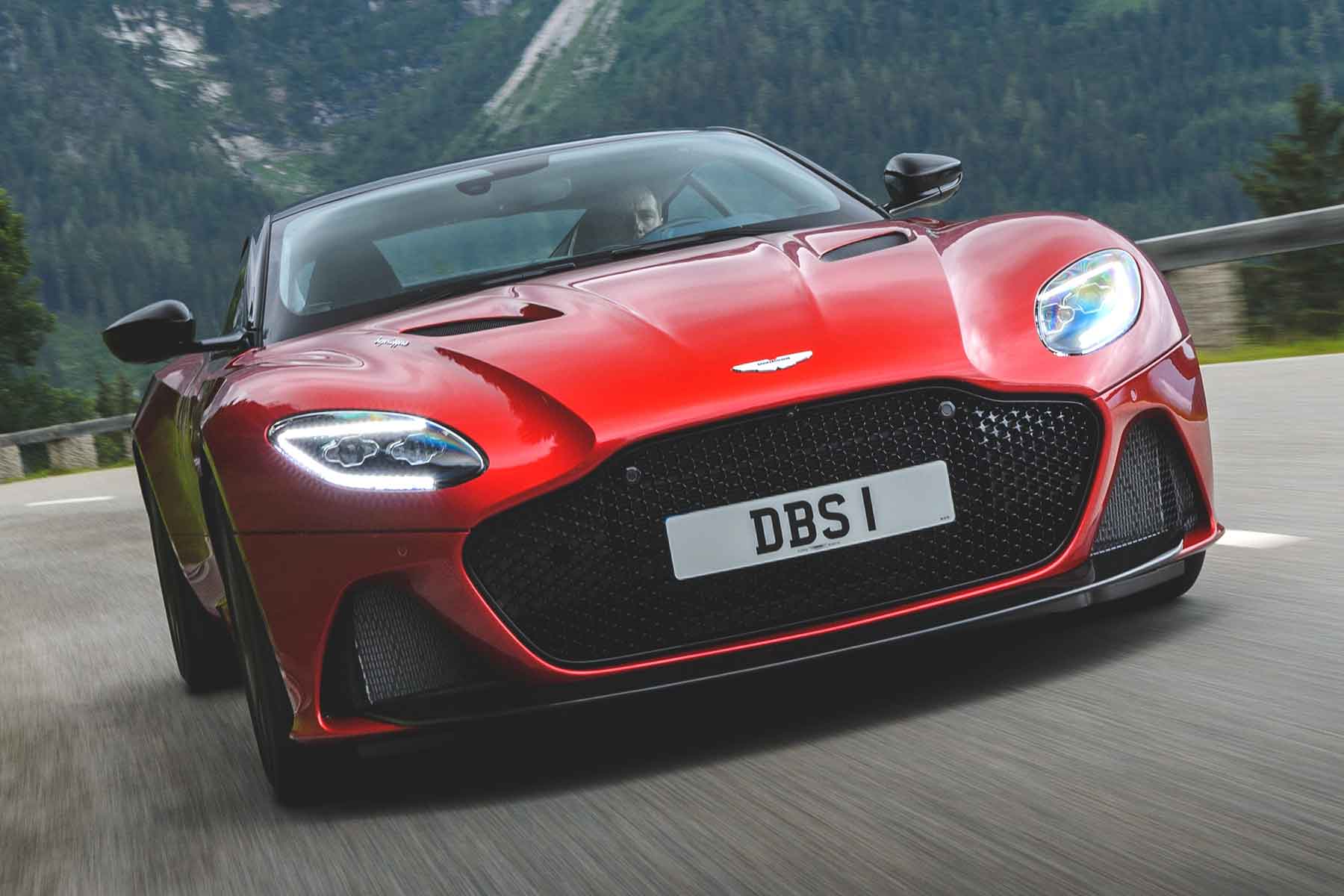 “The key number number here is 900Nm,” explains chassis supremo, Matt Becker. “That’s 182Nm more than the 812 Superfast and 150Nm than a One-77.” Yep, the DBS out-grunts Aston Martin’s 2009 hypercar, which boasted the world’s most powerful naturally-aspirated engine when new. That’s the pace of progress.

What that number feels like on the road is harder to define. It means effortless progress, aural refinement and the ability to drive almost everywhere in fourth gear. Oh, and acceleration that feels like a spade to your solar plexus. The DBS is utterly relentless. Its torque curve is more of a plateau, peaking at 1,800rpm and remaining flat until 5,000rpm: a huge wodge of mid-range wallop that’s both hilarious and hugely addictive. I can’t imagine ever tiring of it.

That omnipotent V12 defines the driving experience, but doesn’t overwhelm it; Becker’s efforts with the chassis come a close second. The engine is pushed back as far as possible for near-perfect 51:49 weight distribution. Adaptive damping is standard, with three settings, GT, Sport and Sport Plus, for suspension and throttle/gearbox response. And a mechanical limited-slip diff with torque vectoring manages the rear axle, rather than the electronic ‘E-Diff’ of the Vantage.

The comparison with the Vantage is a valid one, though. Both cars were tuned from scratch by Becker (unlike the DB11) and the Superleggera feels like a bigger, brawnier version of its critically-acclaimed cousin. There’s the same instantaneous turn-in, the same meaty response from the steering, the same benign balance.

Make no mistake, the DBS can go very sideways indeed, but it communicates so clearly that it never feels intimidating. Its carbon-ceramic brakes are easy to modulate and brutally effective, too. To quote Becker again: “You don’t need to be a hero to get the best from it”.

Ultimately, it lacks the fingertip finesse and sheer chuckability of the Vantage, but that’s missing the point. The DBS sticks to its ‘Super GT’ remit. Even in Sport Plus mode, the ride is commendably comfortable and the quad exhausts sound evocative, not flagrantly anti-social. Provided you could stomach its 22.9mpg thirst, there can be few finer means to tackle a cross-continental road trip. 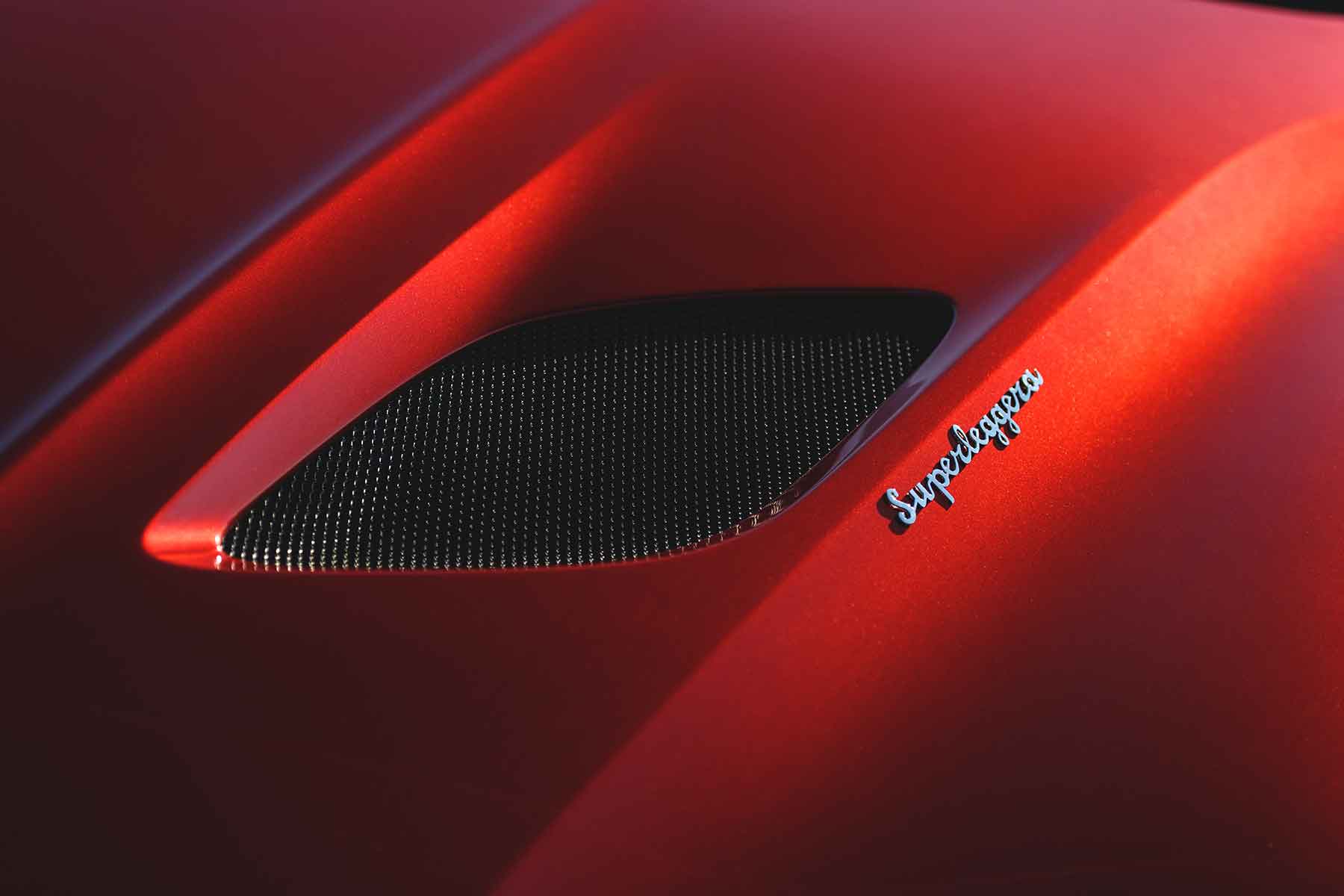 According to Aston Martin, the Ferrari 812 Superfast is the Superleggera’s only real rival. Yet even that may be a stretch. The Italian car is sharper, spikier and far more highly-strung. Its rewards need to be worked for – and while that’s hardly a chore, they’re less accesible as a result.

The DBS, with its monstrous and magnificent V12, is easier to exploit. A forgiving chassis and that tidal wave of torque mean you can enjoy more of its performance, more of the time.

Italian stallion or British bulldog? The choice depends more on personal preferences than one car being inherently ‘better’ than the other.

Perhaps the Superleggera’s greatest rival actually comes from within: the new 639hp DB11 AMR. This half-way house between the DB11 V8 and DBS is a sizable £50,000 cheaper than the latter and not hugely slower (3.7sec, 208mph). However, for all its style and speed, it doesn’t look or feel as supercar-special as the Superleggera. Very few cars do. 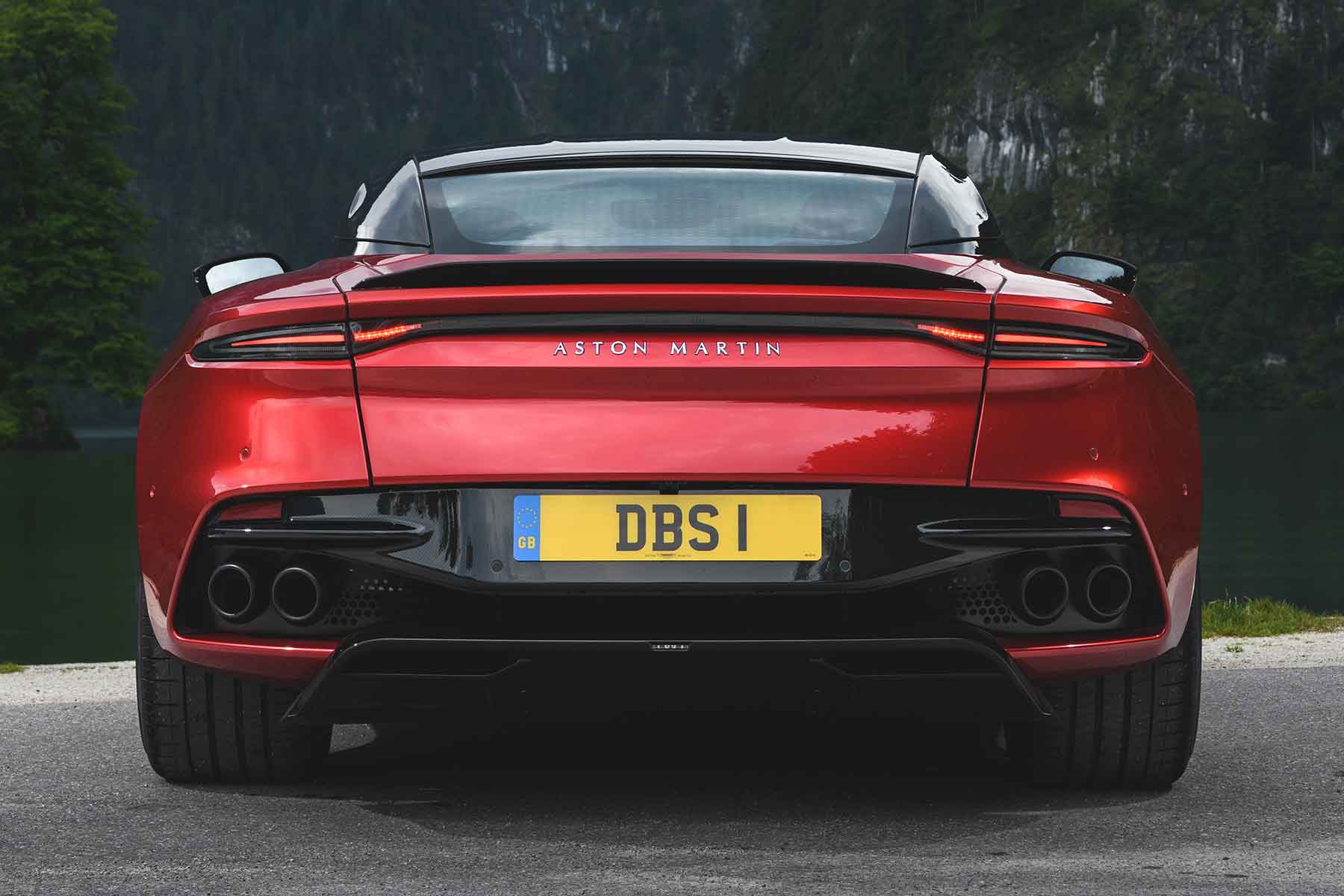