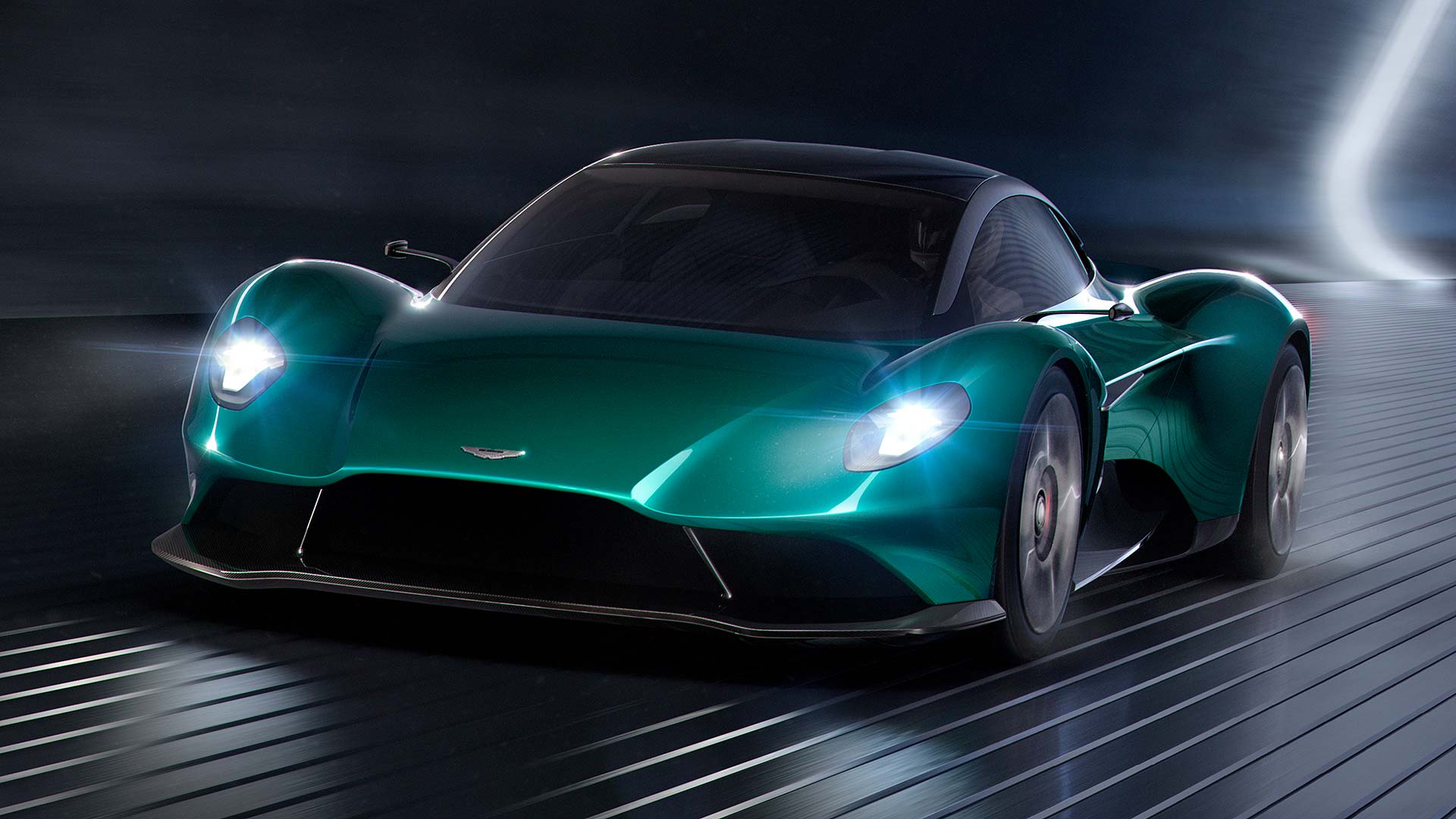 Aston Martin has wowed Geneva 2019 show-goers by revealing yet another mid-engined car, the Vanquish Vision Concept. The supercar alternative to the extreme AM-RB 003 hypercar, it confirms the next Vanquish will switch to a mid-engine layout – and directly take on the McLaren 720S.

This is a big deal for Aston. Up to now, all of its high-end sports cars have been front-engined. Switching to a mid-engined layout jumps it up a level. Now, it will go head-to-head with McLaren, Ferrari and Lamborghini.

The fact Aston Martin is showcasing the concept alongside the AM-RB 003 hypercar encourages us to make the link: the Vanquish Vision Concept is the Red Bull Racing of supercars, and the competition therefore needs to watch out. 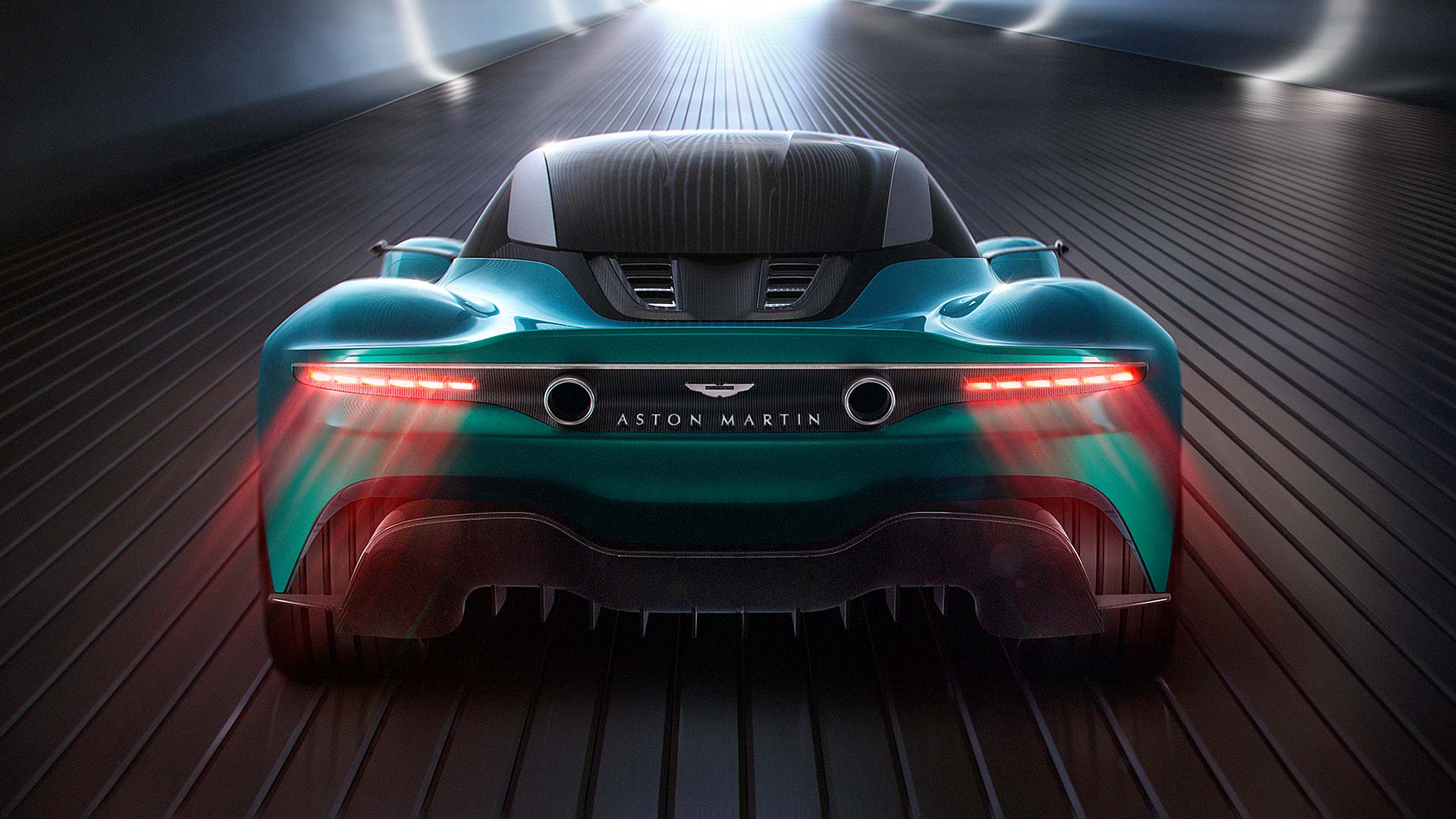 Aston president and CEO Andy Palmer admits this hotly-contested sector has traditionally been defined by Italian marques. But the new Vanquish will be “a transformational moment for the brand… the car that will propel Aston Martin into a sector of the market traditionally seen as the heartland of luxury sports cars”.

Design director Miles Nurnberger happily makes the link to the Aston Martin Valkyrie and AM-RB 003. Its appearance is “more seductive and less technical… but it’s still extreme in terms of visual gestures”.

Take the front clamshell, around the front wheel: it has openings so you can see through onto the tyre. Designers will understand when he says “there’s less of the negative space that defines the look of the Valkyrie and AM-RB 003. “It’s a prettier car, and purposely so, as if it’s been designed to thrive in a less extreme performance envelope.” 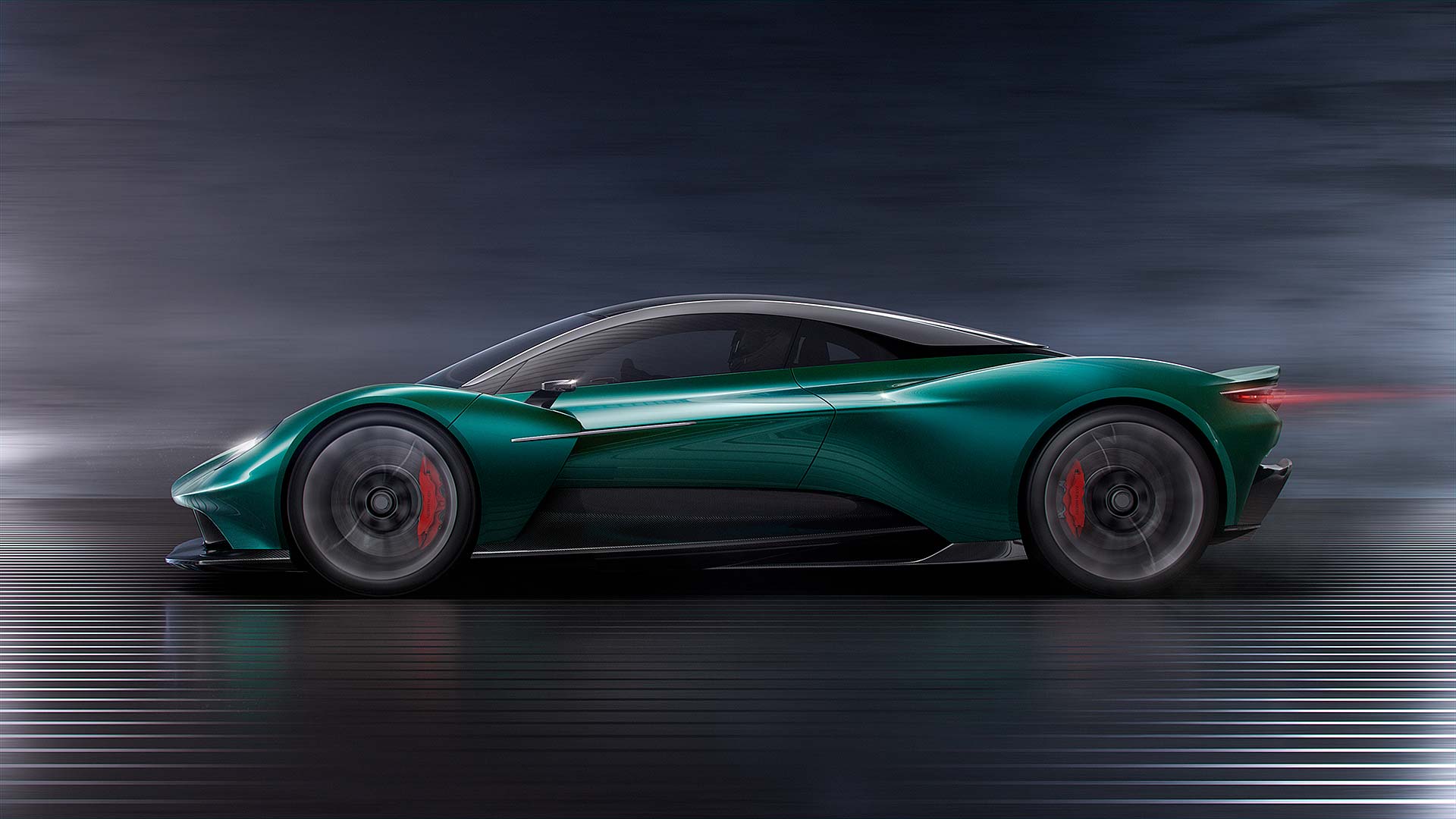 Nurnberger says it is “less provocative and more classical in its look”. The aggression of the Red Bull-infused hypercars is dialled back, in favour of “more flowing and sensuous forms”. It’s still athletic and modern, though, he reckons: “critical qualities” for Aston’s first mid-engined supercar.

Aston is telling us little about what’s underneath. For now, it’s simply confirming a version of the new in-house V6 used by the AM-RB 003 will be used. In that car, it is seen in hybrid turbo form: there’s no news on how it will be configured in the Vanquish.

It also won’t be made entirely from carbon fibre. That’s far too exotic for a supercar. Instead, it will use a bonded aluminium chassis, to best balance “cost, speed of production and weight vs. strength” 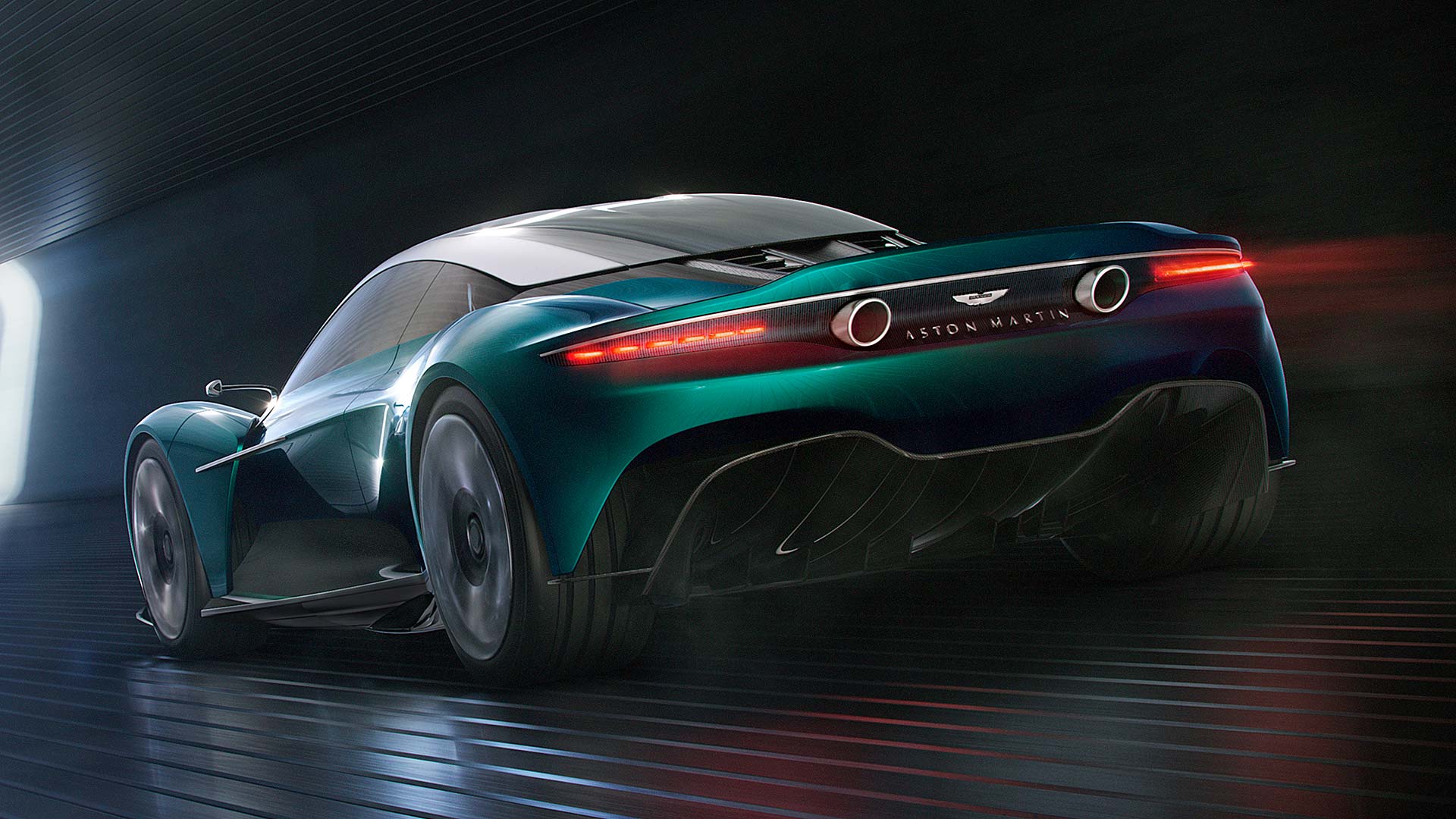 .Chief technical officer Max Szwaj will oversee the project. “The Vanquish Vision Concept is the point when the things we have learned during the Aston Martin Valkyrie and AM-RB 003 programmes reach the series production models. Creating a car like this for Aston Martin is a challenge I have relished since joining back in 2017.

“Although it takes Aston Martin into new territory, it does so with the benefit of hard-won knowledge, ground-breaking ideas and an uncompromising mindset.

“The full engineering story of this car is yet to be told, but what you see here should tell you this car will not only compete at the highest level, but it will do so in a manner and style unique to Aston Martin.” 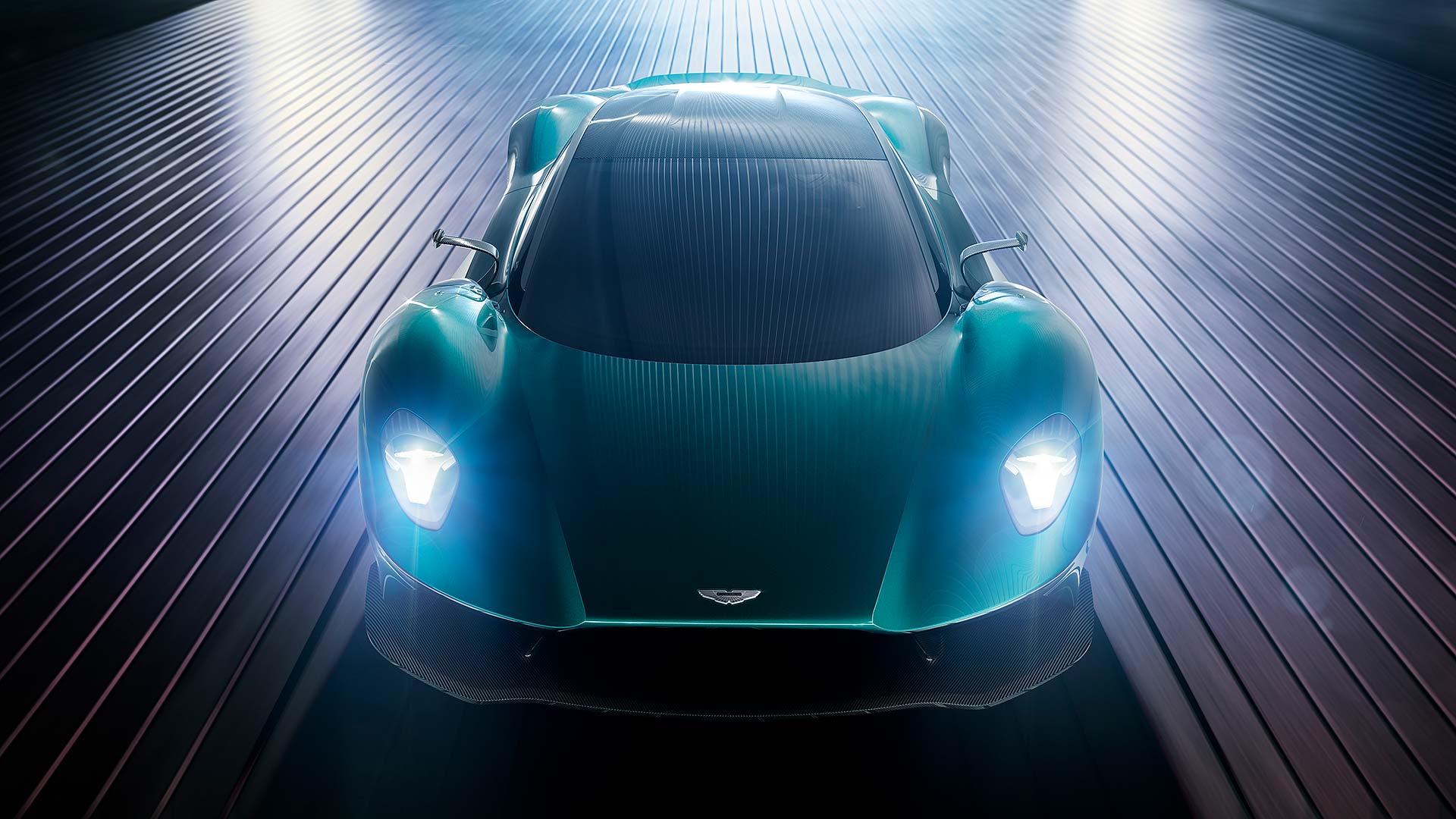 Stay tuned, because what we’re watching unfold is the remarkable expansion of Bond’s favourite GT brand into a bona fide supercar and hypercar maker.

If the next Aston Martin Vanquish turns out to be a genuine Ferrari and McLaren rival, that really will give the automotive world (and the financial markets) something to celebrate.