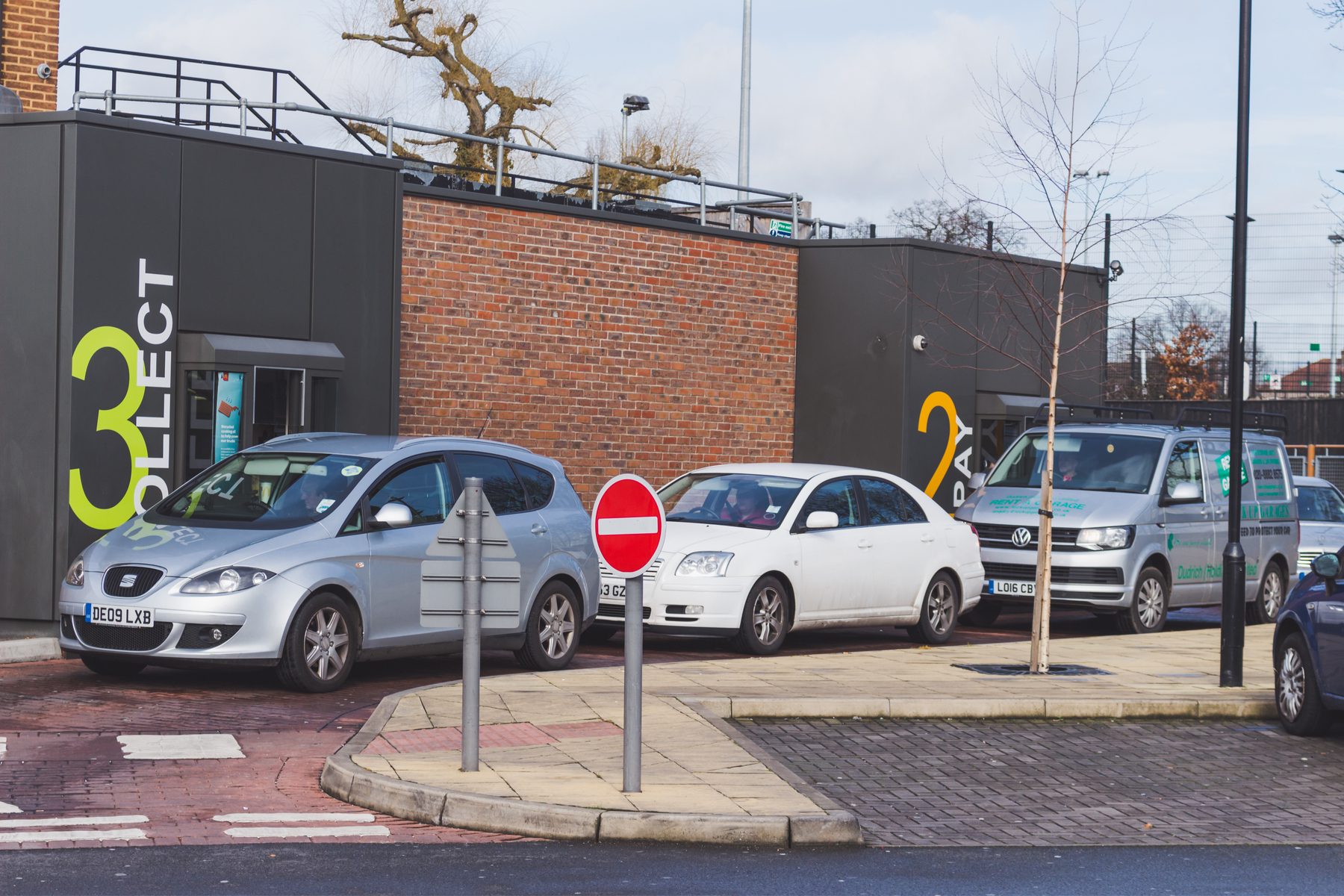 It’s never been easier to pay for fast food on the move. If you left home without a wallet, no problem: simply arrive at the drive-thru and use Apple Pay on your iPhone or Google Pay on your Android device.

However, before you splash the cash on a burger, fries and a soft drink, be warned that you could be handed six penalty points and a £200 fine.

Worse still, if the matter goes to court, you can be banned from driving and told to pay a maximum fine of £1,000.

It turns out that a Happy Meal might result in an unhappy day.

The law is quite clear on the subject of using a phone at the wheel, stating: ‘It’s illegal to hold a phone or sat nav while driving or riding a motorcycle’.

You must have hands-free access using a Bluetooth headset, voice control, a dashboard holder or mat, a windscreen mount or a built-in sat nav. The law still applies if you’re stopped at traffic lights, queuing in traffic or supervising a learner driver.

A hand-held phone can only be used when you are safely parked with the engine switched off and the handbrake engaged. The only exception to this rule is in an emergency if you need to call 999 or 112.

But does smartphone payment at a drive-thru create a potential grey area? The Ask The Police website urges caution, advising motorists to leave their vehicle before paying. In response to question number 955, it says:

‘Potentially there could be legal issues with using a smartwatch/phone to scan/pay for goods services whilst driving riding, e.g. at a takeaway food retailer or car park, but it would be a matter for a court to decide.

‘To avoid any problems, we would suggest that if you wish to pay in this way you stop, turn the engine off and get out of the vehicle to scan your watch/phone.’

Engine off, handbrake on

A tweet sent by Greater Manchester Police in February is more conclusive, saying you cannot use Apple Pay when the engine is switched on.

To avoid an unhappy meal, either park up and walk into the restaurant, use contactless or pay with the means of good, old-fashioned cash. Do you want fries with that?