You can now buy a 911 with a seven-speed manual gearbox – and Porsche will charge you no more (or less) than for the PDK paddleshift automatic. 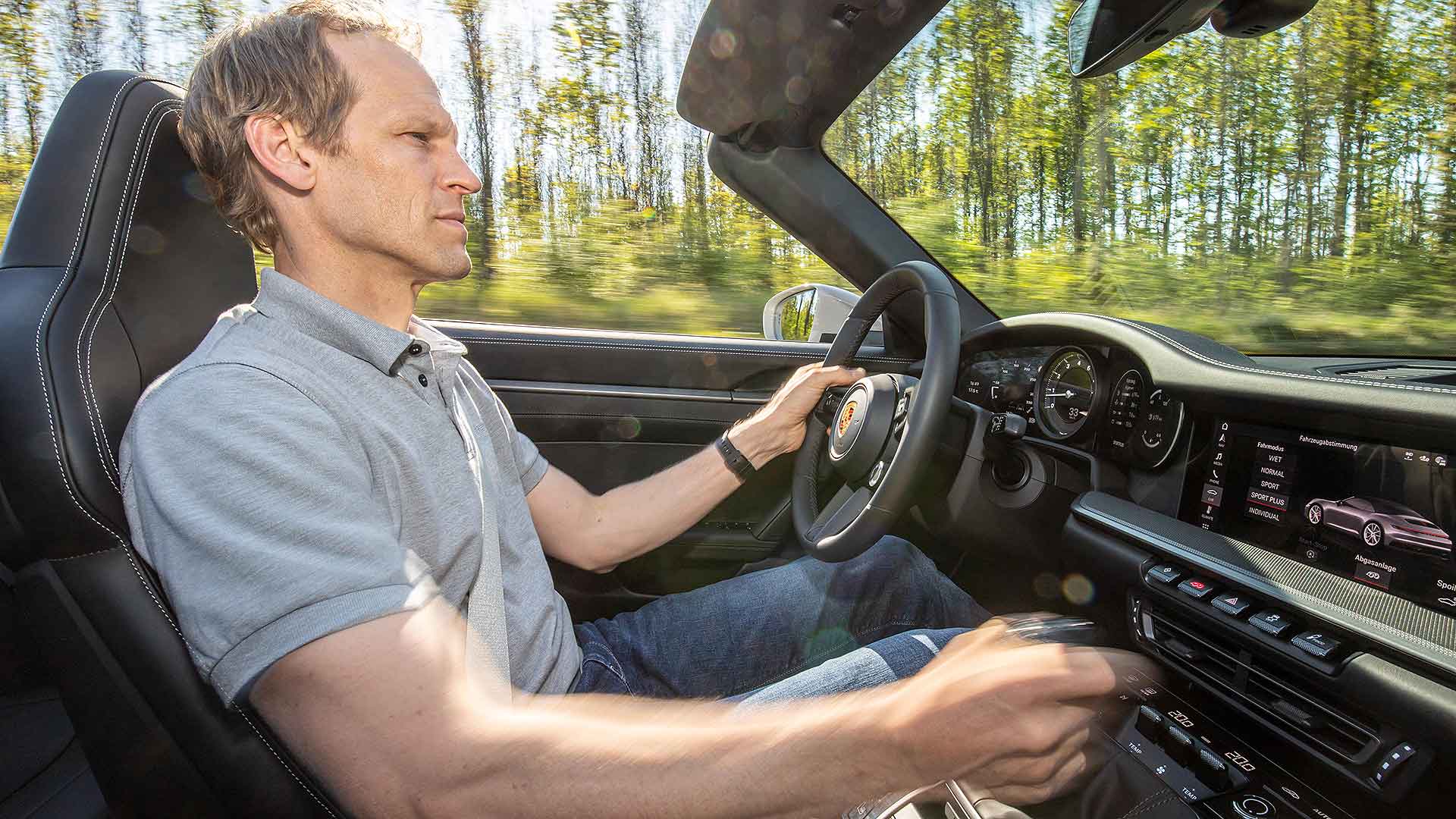 Porsche has introduced a seven-speed manual gearbox option for the 911 sports car, alongside the existing eight-speed PDK paddleshift auto.

The new stick-shift gearbox is a no-cost option on 911 Carrera S and Carrera 4S models. It was launched first in the United States last year.

It is bundled together with Porsche’s Sport Chrono package, and includes a clever rev-match function for downshifts. 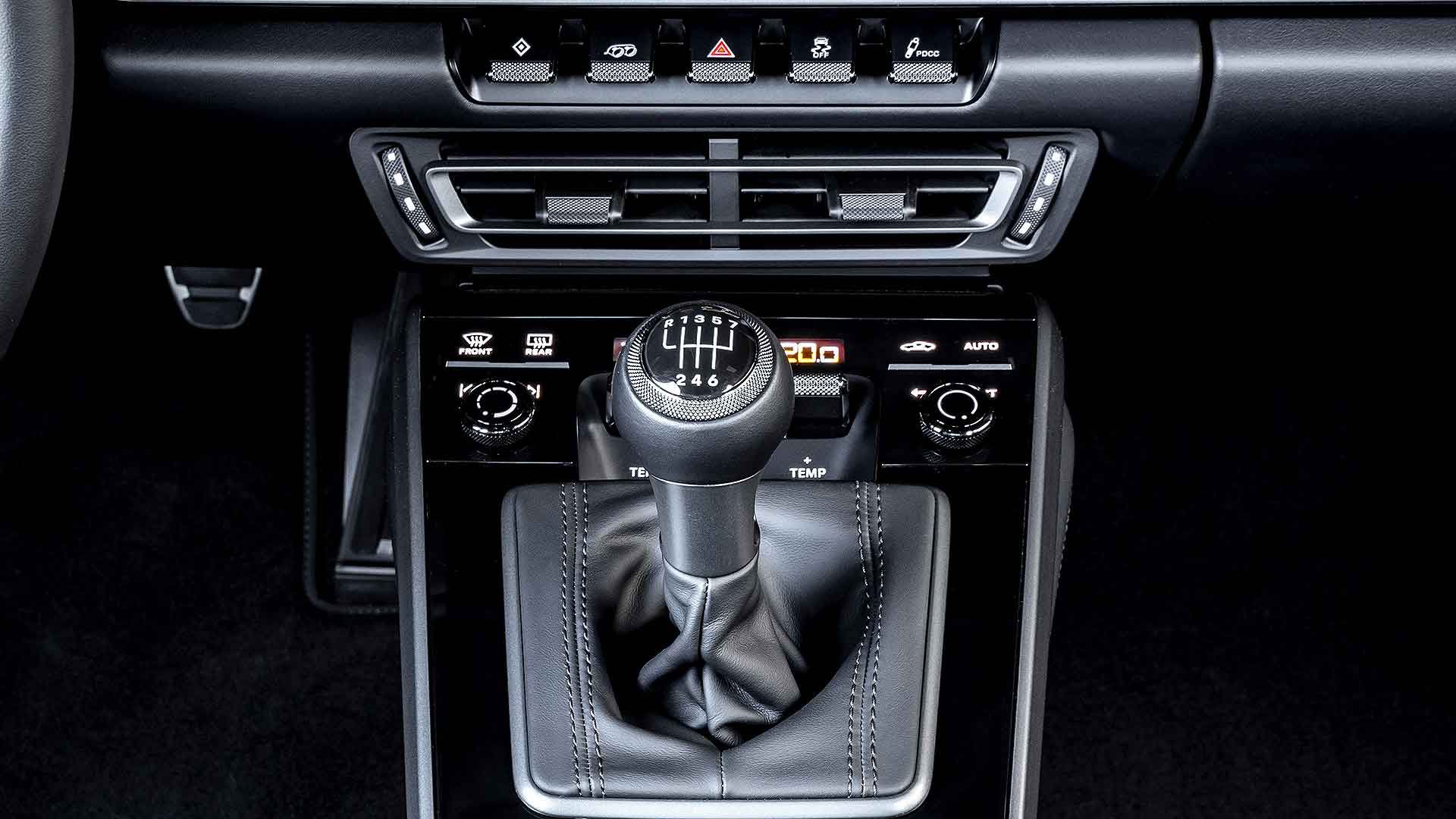 When you shift into a lower gear, the engine revs are ‘blipped’, smoothing out the downshift. It’s the same technique racing drivers use on the track.

Other Sport Chrono goodies include a mode switch dial on the steering wheel, a stop watch integrated into the dashboard, plus the Porsche Track Precision smartphone app. 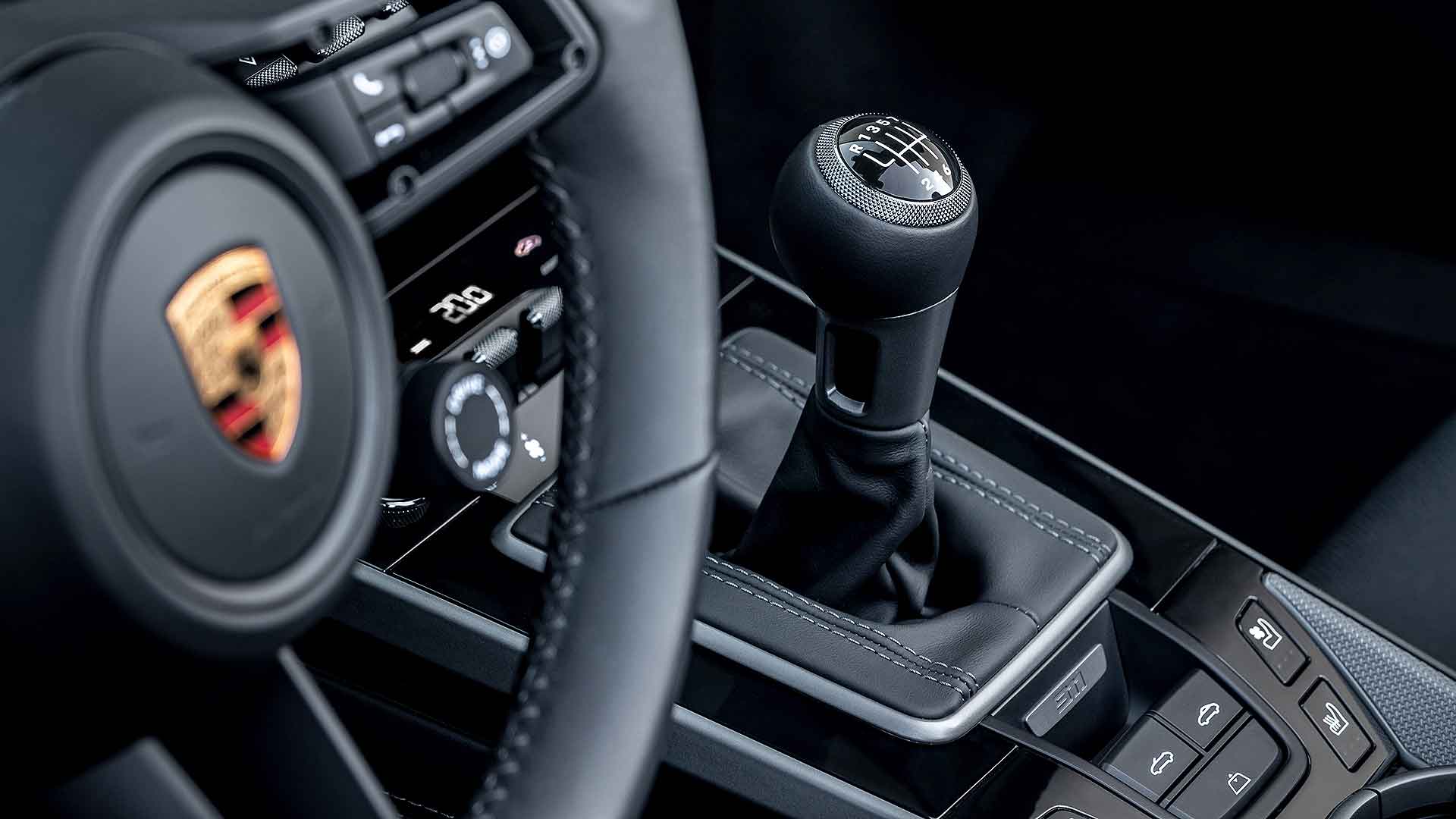 There’s an additional new feature too: a tyre temperature indicator.

When the tyres are cold and have less grip, blue bars are shown on the dashboard. As they warm up, they turn blue-white and then, when fully up to temperature, white.

More new features have been introduced for 2020. 911 buyers can now add lightweight, noise-insulated glass, which saves more than 4kg in weight.

There’s a new paint colour, Python Green, and a seven-colour ambient lighting package for the interior.

Those who drive their 911 in the city, rejoice: an optional Smartlift function lifts the front end 40mm at the push of a button.

Porsche InnoDrive has been introduced, too. This is an advanced cruise control that uses sat nav data to work out acceleration and deceleration for the next 3km of driving, including corners, gradients and speed limits.

The car then takes over so all the driver has to do is steer.

It is, however, only available on the PDK auto version. Not that purists would be happy handing over control to the car, anyway…

The Porsche 911 is the most profitable car in the world

New Porsche app guides you to the best driving roads

Visit Fully Charged Live and get £1k off workplace charging

Creative employees can surely now visit and claim it as a day off in lieu?
Read more

The third generation MINI Convertible has arrived at last. The design isn't a revolution but it's otherwise better than ever
Read more

The Aston Martin DBX feels a cut above other posh SUVs – and convincingly feels like a genuine sporting super-SUV. The car that had to be right, is right.
Read more

With just three examples to be built, the ‘720S Spa 68’ will be extremely rare
Read more