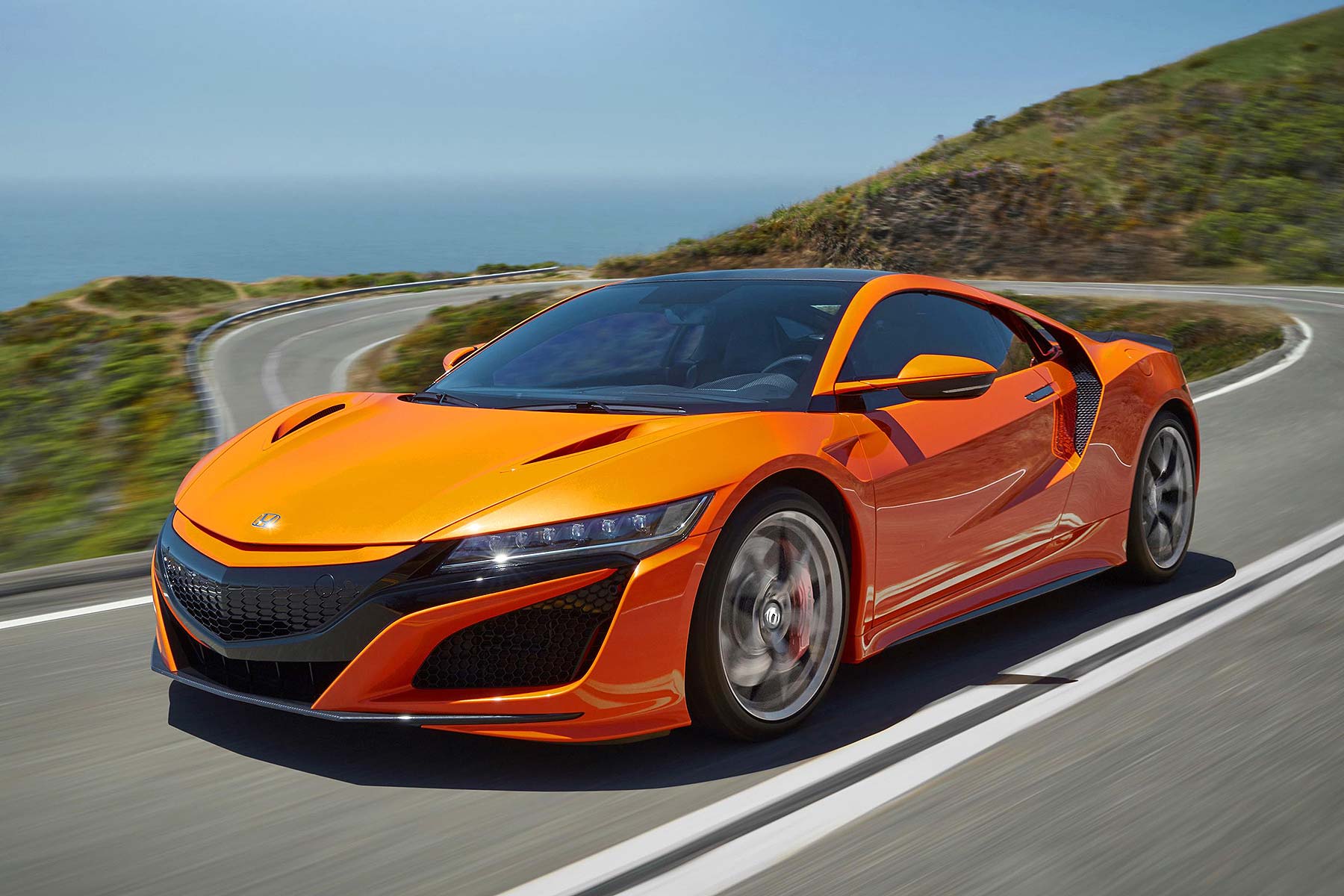 The Honda NSX supercar has been upgraded for 2019 with a series of chassis, powertrain and trim revisions – and the introduction of a vivid new paint colour called Therma Orange.

Honda UK has also secured a “limited allocation” of the sell-out supercar, which its MD Dave Hodgetts confirmed will be available from early 2019.

Visually, the 2019 NSX is marked out by a front grille that’s now colour-matched to the bodywork, rather than finished in chrome. Front and rear bumpers have gloss black mesh inserts, and if you choose the Therma Orange pearlescent paint, you can have the calipers of the optional carbon ceramic brakes finished in the same colour. 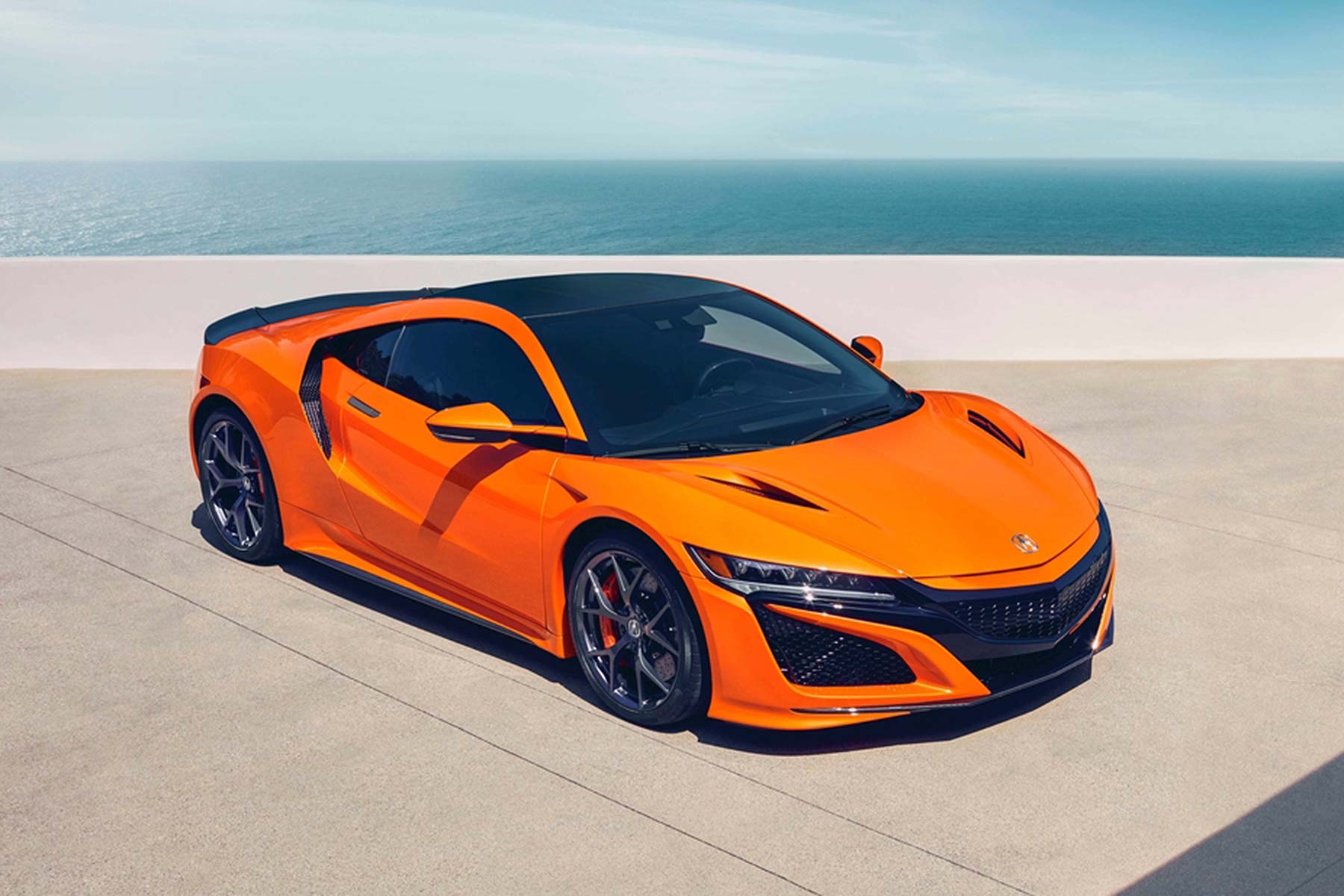 Does all that sound not quite vivid enough? You’re in luck: Honda’s added a full red leather upholstery option – or, if you go for Alcantara and leather, an Indigo Blue alternative. 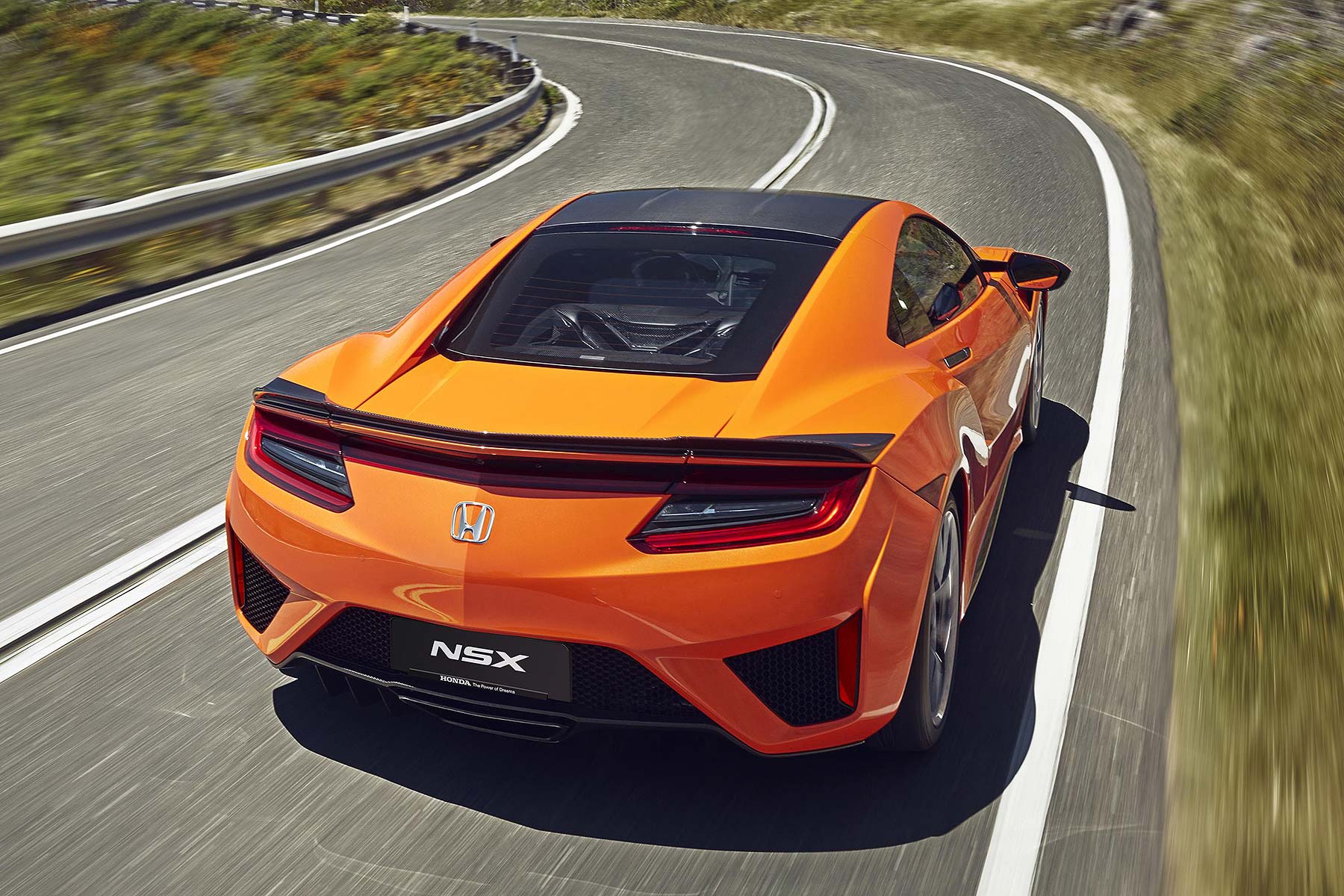 There are some big changes to the chassis setup of the 2019 Honda NSX. The supercar gets much larger front and rear anti-roll bars, which increase front stiffness by 26 percent and rear stiffness by 19 percent.

Honda’s uprated the rear hubs and the business in the control arm toe links too, further increasing responsiveness.

Continental SportContact 6 tyres are now standard; they’ve been honed for the 2019 NSX and Honda says they improve both feedback and response in cornering, braking and acceleration, both in the wet and the dry. 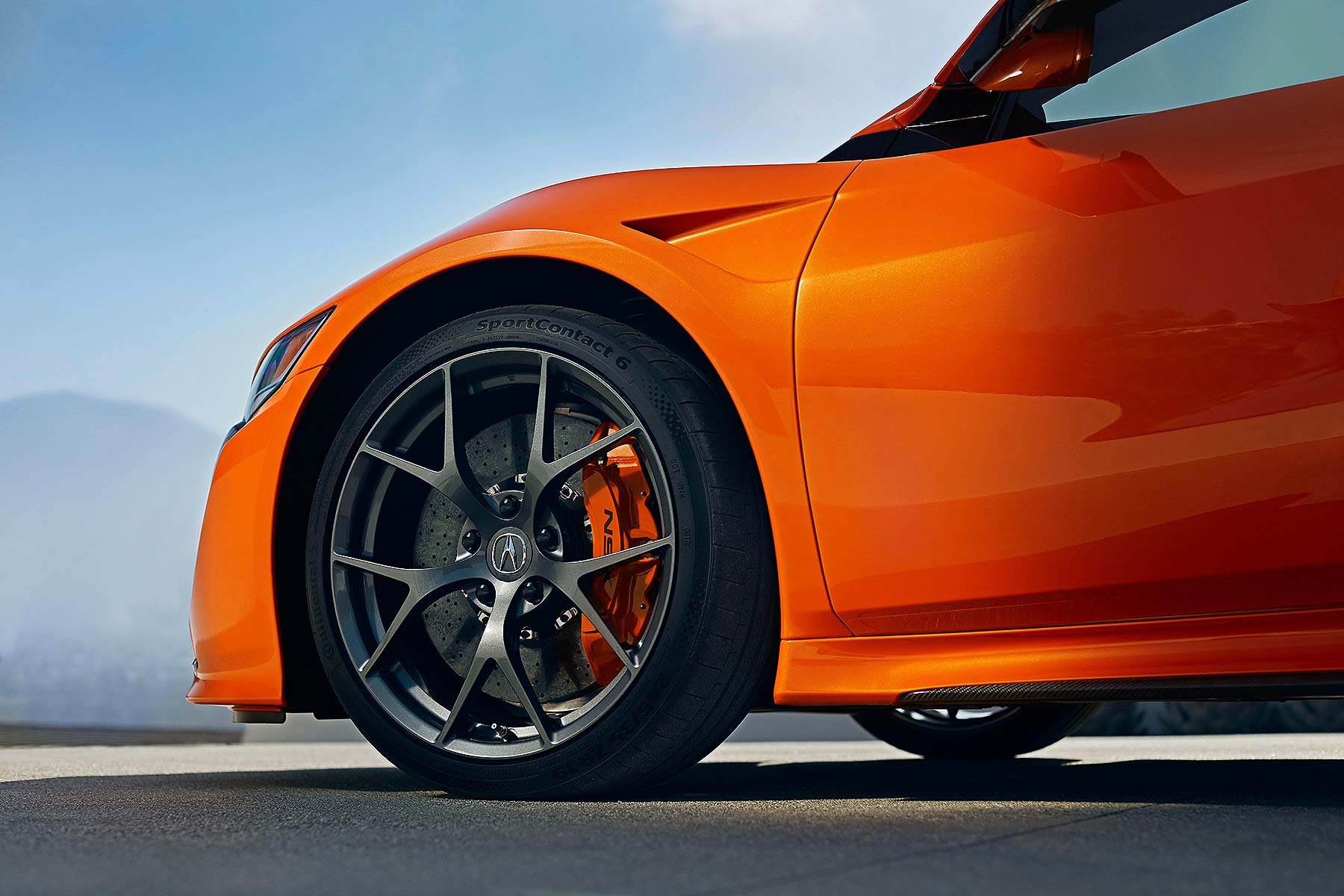 But it’s not all about on-the-limit prowess. Honda has retuned the active dampers, to make them more comfortable in the regular on-road setting, “while maintaining the stiffer set-up for higher speeds and on-track driving”. Software for the electric power steering and stability control has been revised as well.

Result? A car that’s more stable and more throttle-adjustable on the track… and one that’s two seconds faster than today’s car around Honda’s Suzuka race circuit. 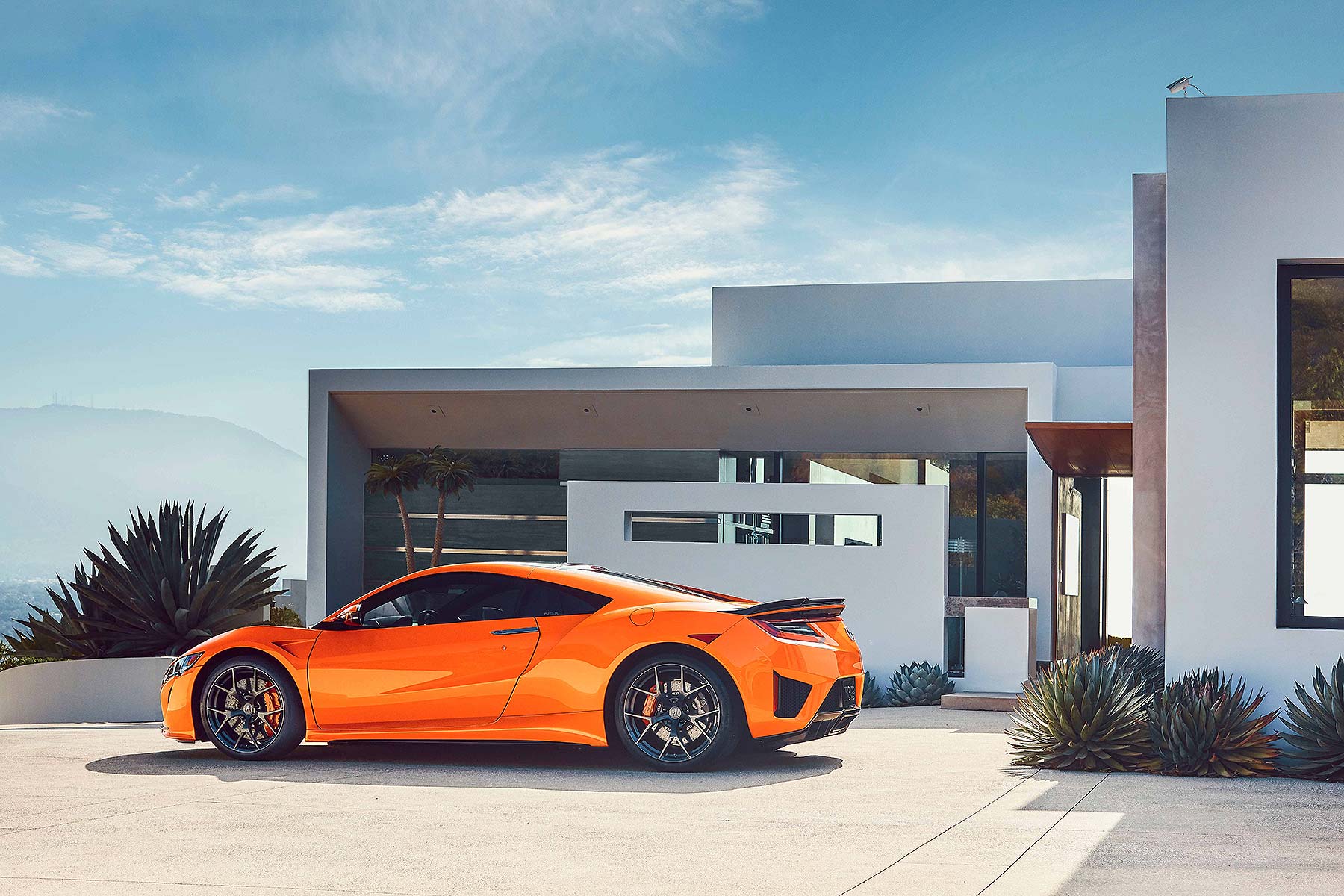 The hybrid supercar is even more environmentally conscious for 2019. New injectors, a particulate filter and tweaks to the heat response of the turbocharger mean it now complies with Euro 6d-TEMP emissions regulations, as well as the new WLTP fuel economy standard.