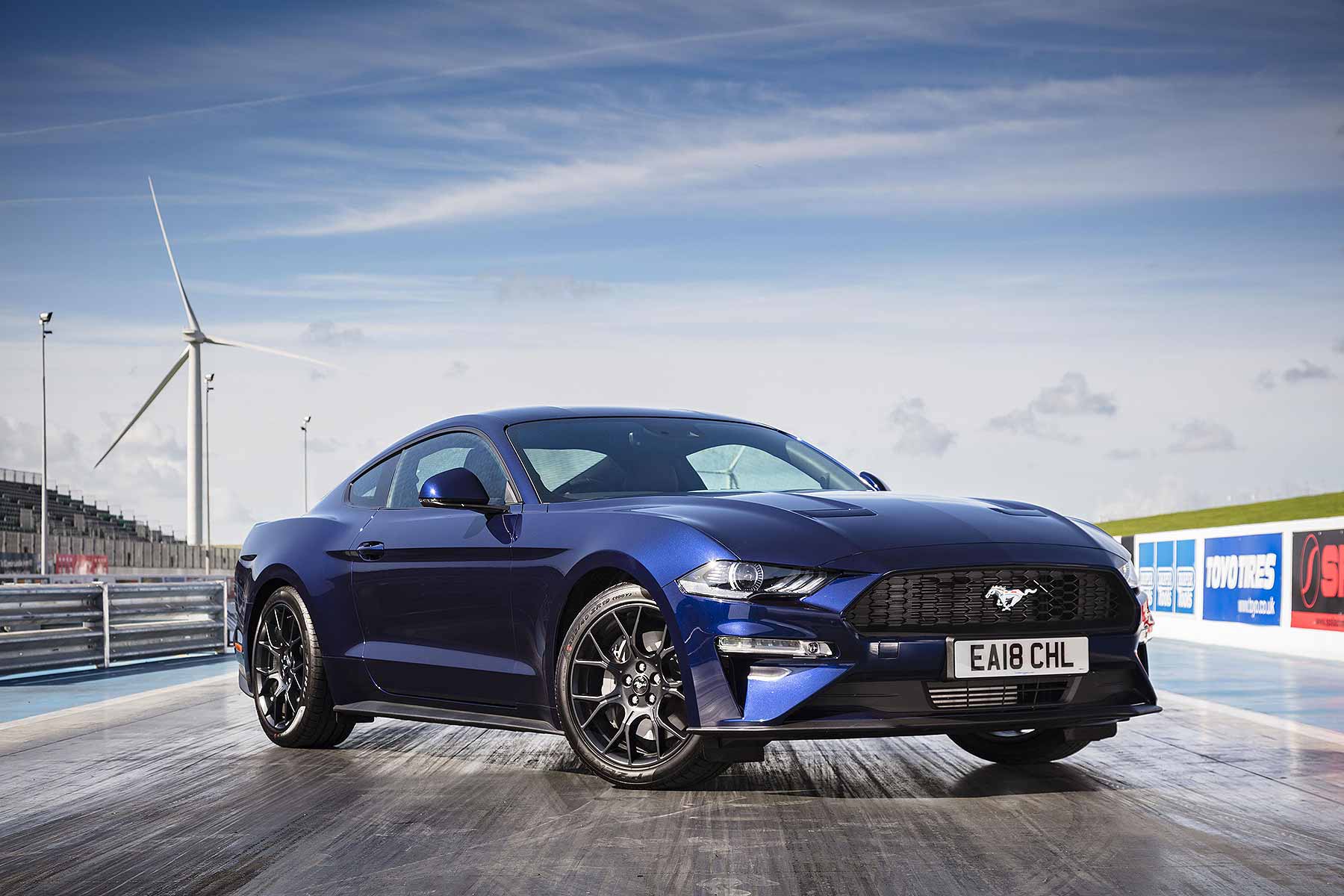 The 2018 Ford Mustang is now available to order in the UK from £36,645, with upgrades including the addition of an Active Exhaust for 2.3-litre Ecoboost models, and a powerful 1,000-Watt, 12-speaker B&O Play audio option for all models.

The model year updates for the world’s best-selling coupe also include homologating both 2.3-litre four-cylinder and 5.0-litre V8 engines to the latest WLTP fuel economy standards. This has resulted in a slight dip in power for the Ecoboost engine – it now produces 290hp – but it is more efficient as a result.

Not that fuel economy will be foremost in the minds of Ecoboost buyers, who can now get the Active Exhaust already offered on the V8 GT. This is louder and rumblier, giving the smaller engine some of the aural impact it previously lacked.

A sophisticated 10-speed automatic gearbox is offered, as is MagneRide adaptive suspension, and Ford’s added an extra setting to the adjustable Drive Modes button, called ‘Drag Mode’. This holds onto the brake pedal for optimised standing starts: a partnership between Ford and the UK’s Santa Pod Raceway helped showcase this… 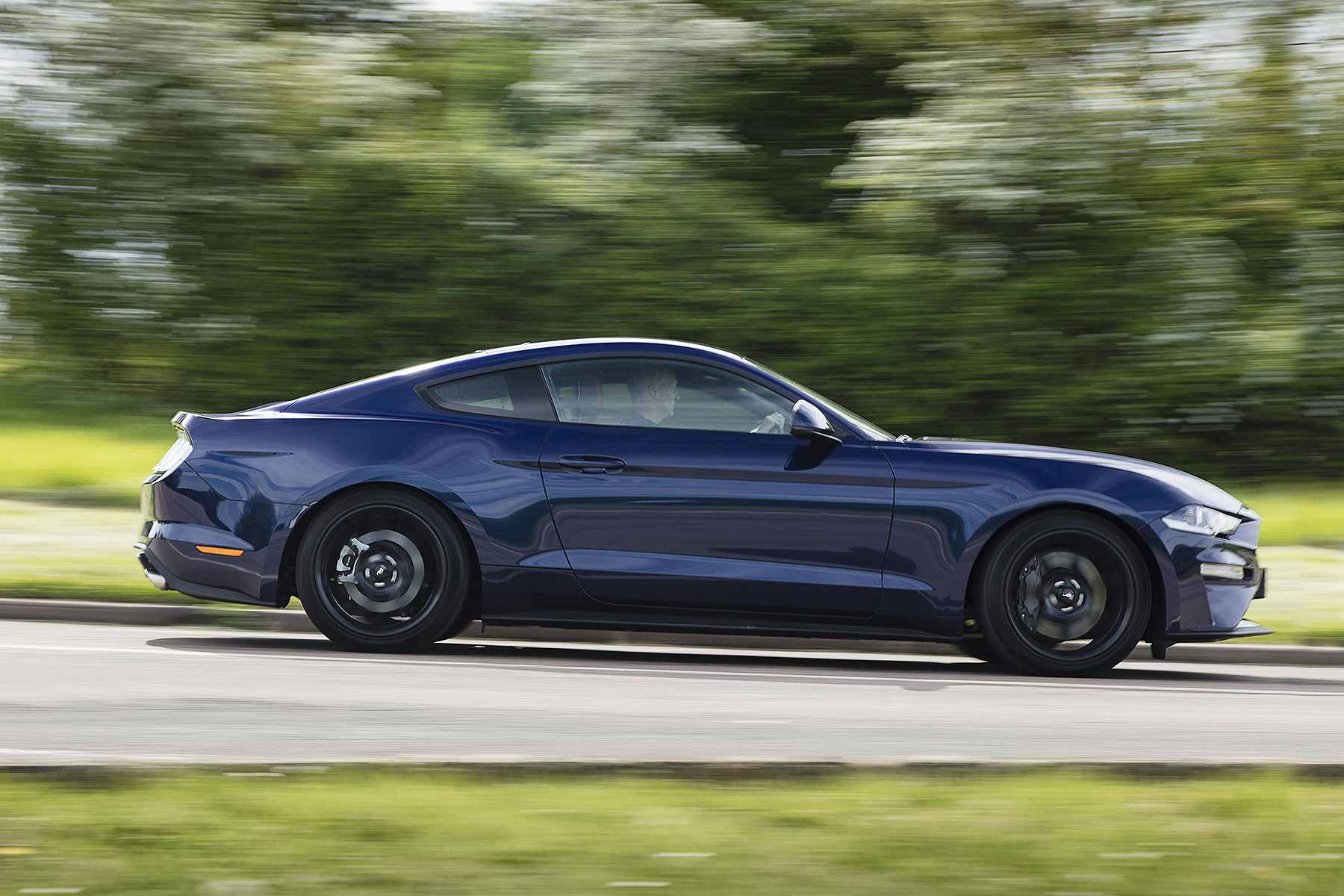 Prices for the new Mustang start from £36,645 for the 2.3-litre Ecoboost, and £41,745 for the 5.0-litre V8 GT. And it’s not all about being loud and noisy, adds Ford: those worried about neighbourly relations can now make use of the ‘quiet mode’ for the Active Exhaust, which will keep noise levels down to a minimum for when you’re leaving early in the morning. The 2018 Mustang is thus greener and noisier, but quieter too.