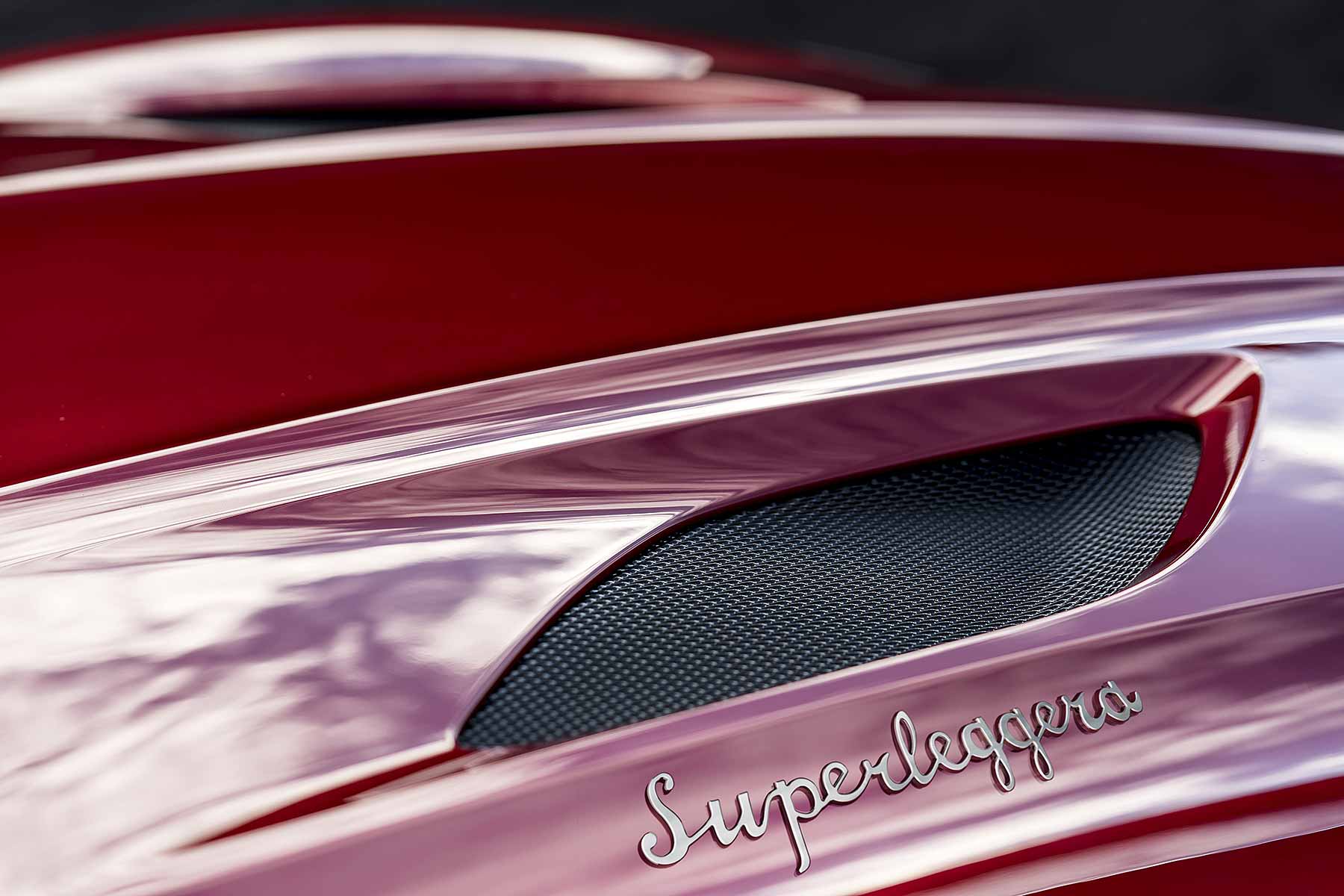 It’s not just any old DBS, either. It’s an Aston Martin DBS Superleggera, the famed moniker of Italian styling house Touring. It designed the Aston Martin DB4, DB5 and original DB6; Touring’s famed ‘superlight’ branding is now back on the bonnet of an Aston Martin.

And although the Gaydon firm isn’t saying much at this stage, needless to say the new DBS Superleggera will offer just that – a generous helping of superlight tech. It will also have “the highest levels of performance, craftmanship and design”.

“It’s an icon, a statement and this one will be no different. We’ve pushed the boundaries of performance and design to give this car a distinct character and ensure it’s worthy of the heritage and weight that this name carries.”

Reichman’s focus on the word ‘super GT’ is significant: it suggest Aston Martin has new plans for the future Vanquish, which to date has been its top-line GT car. Some are suggesting it could even become a mid-engined supercar in the future.

Before it went out of business in 1966, Aston worked frequently with Milan’s Touring. Aston intended it to produce the replacement for the DB6, but only two prototypes were finished before it went bust. Aston designer William Towns used these as the basis for the new car – the DBS.

The original DBS is notable for being the last Aston Martin developed under the control of then Aston Martin company owner David Brown – he of ‘DB’ fame.

We’ll find out more about the new DBS Superleggera in the second quarter of 2018, confirms Aston.