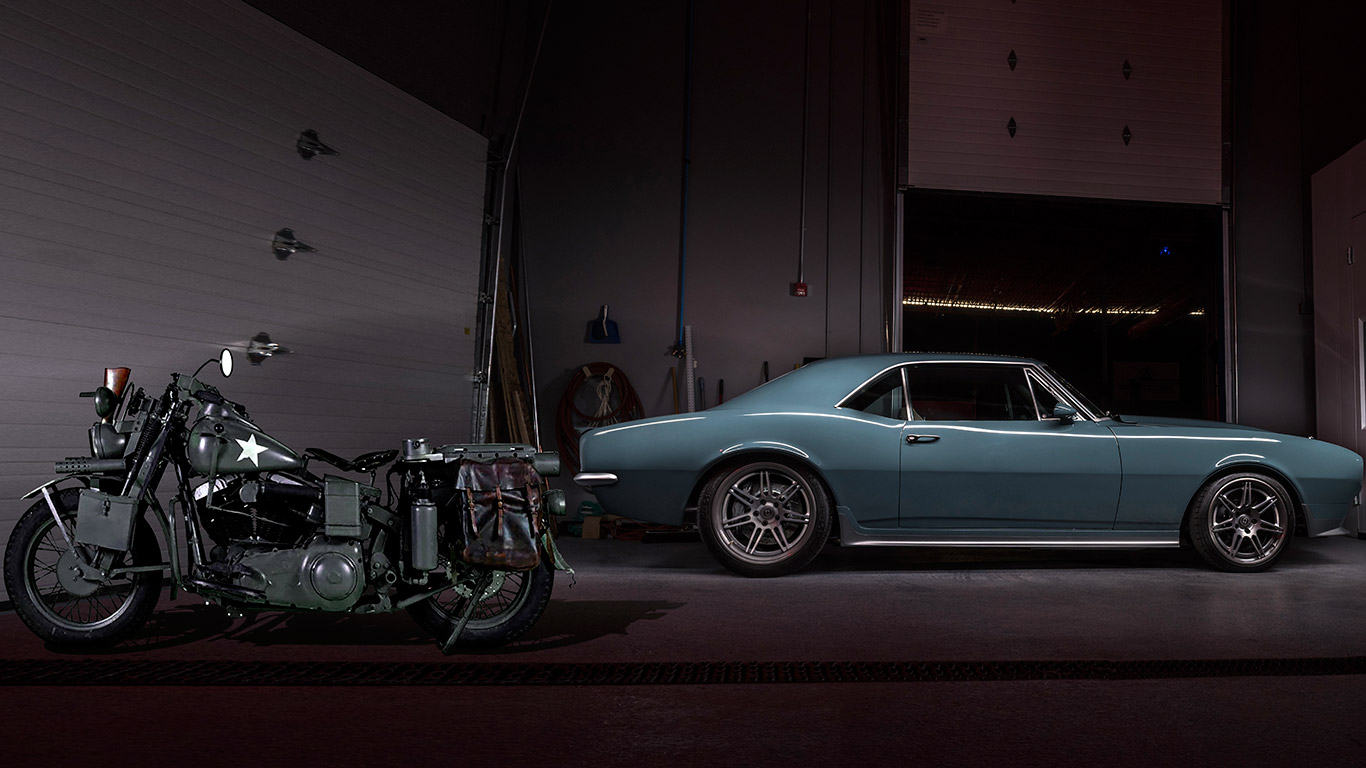 If you’re one of the many Marvel fans flocking to the cinema for the release of the new Avengers: Infinity War movie, you might find yourself wondering what car Captain America might drive. Although if you’re a real comic book aficionado, you’ll already know that he rides a vintage Harley Davidson motorbike.

However, when it comes to Chris Evans, the actor who plays Captain America and his Steve Rogers alter ego, the answer is much clearer. It’s a rather impressive 1967 Chevrolet Camaro, thoroughly customised and upgraded by Wisconsin-based SpeedKore, a company that specialises in taking muscle cars to the next level. 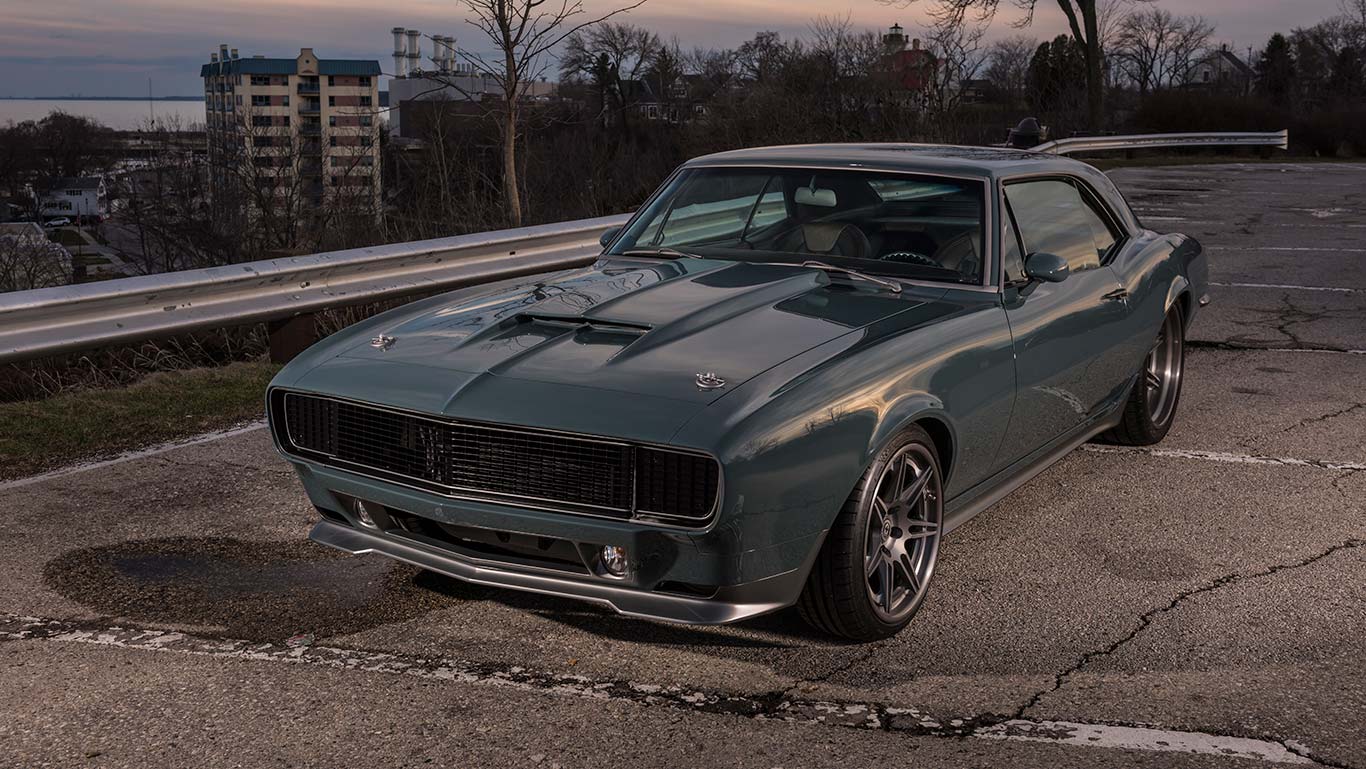 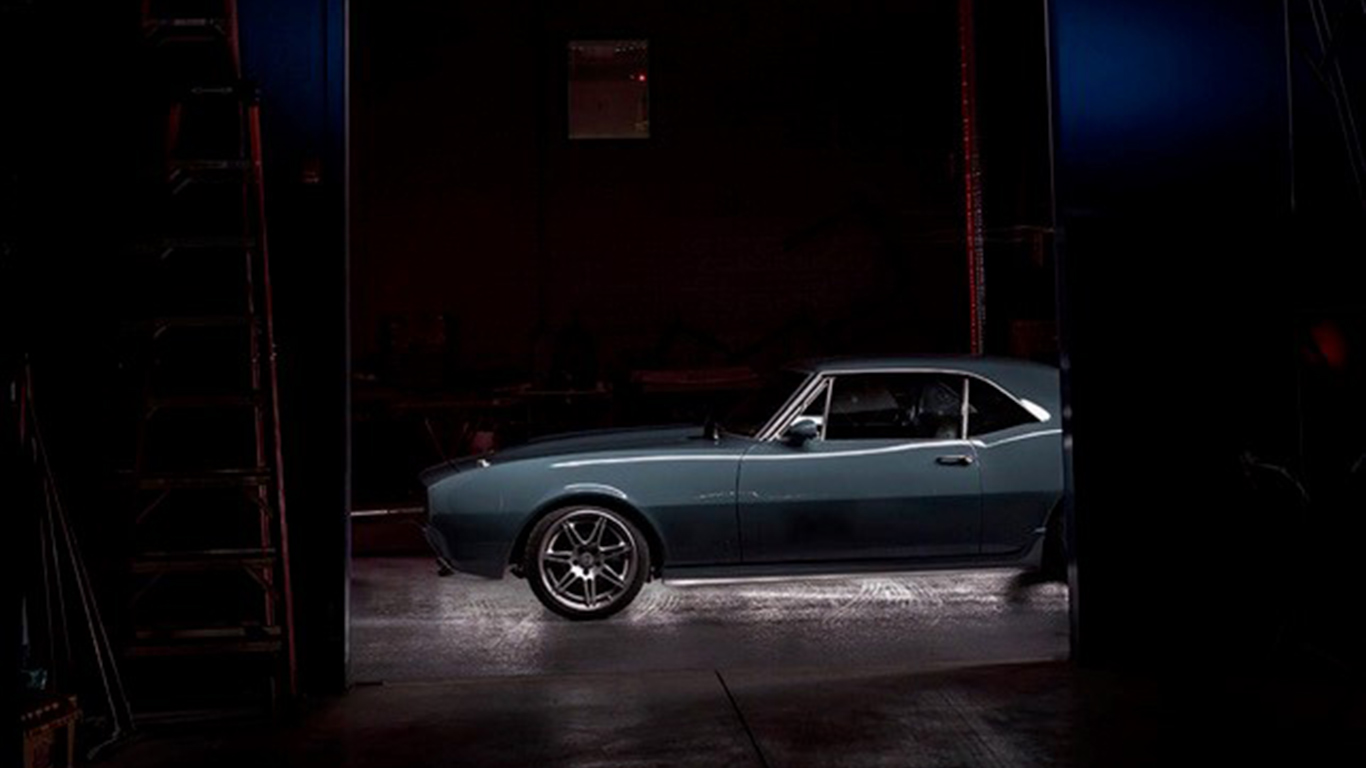 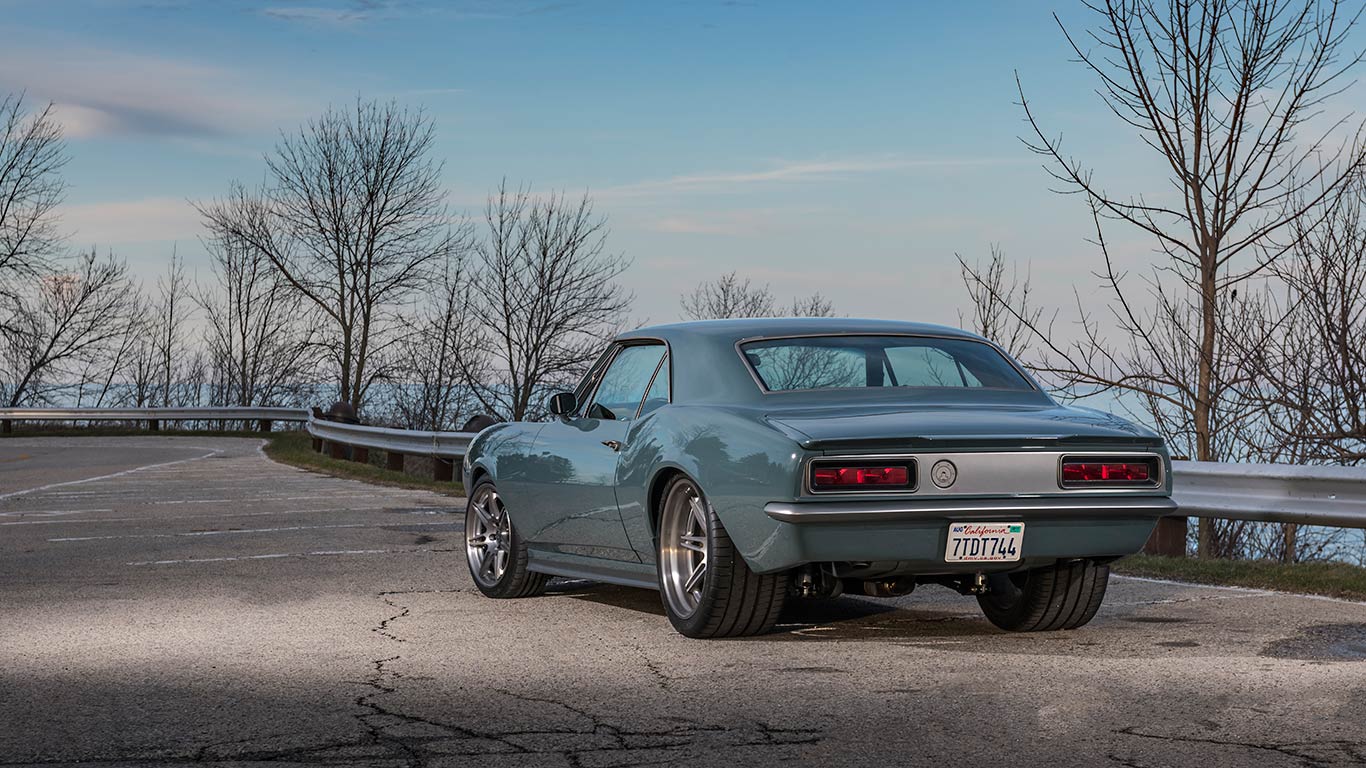 Lurking beneath the bonnet of the ‘67 Camaro is a modern LS3 Chevrolet crate engine. Off the shelf the 6.2-litre (376-cubic inch) V8 produces 430 hp and 425 lb-ft of torque, making it more than sufficient to power a 1960’s classic. SpeedKore has also upgraded various engine parts, along with mating it to a Chevrolet Performance four-speed automatic gearbox with push-button shifting. 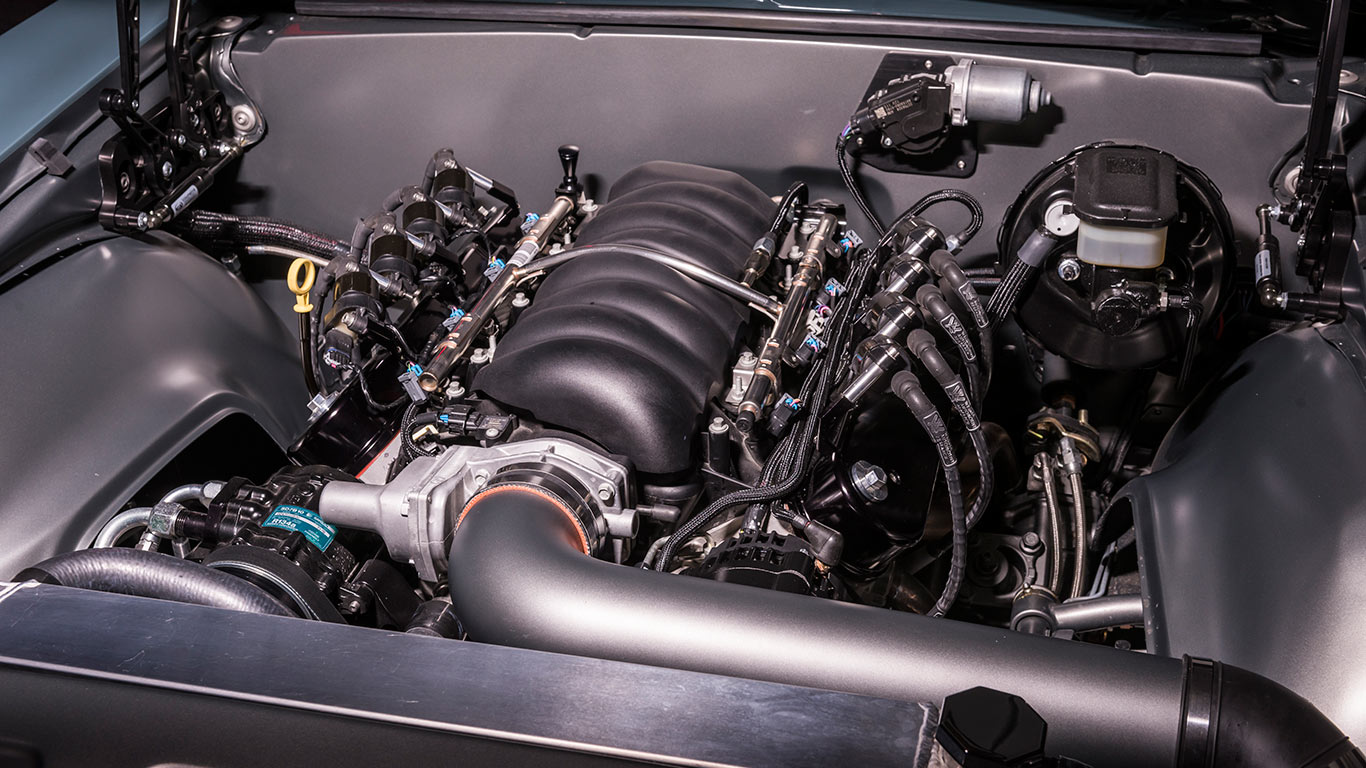 All that power would be wasted without bringing the chassis up to date, and nothing has been overlooked for Evans’ Camaro. Using a Detroit Speed performance suspension kit, this superhero has been lowered closer to the ground, with stopping power also increased by the addition of huge Baer 6S ‘Extreme’ brakes. Wheels supplied by HRE measuring 18-inches in diameter at the front, and a huge 20-inches at the rear, complete the chassis makeover. 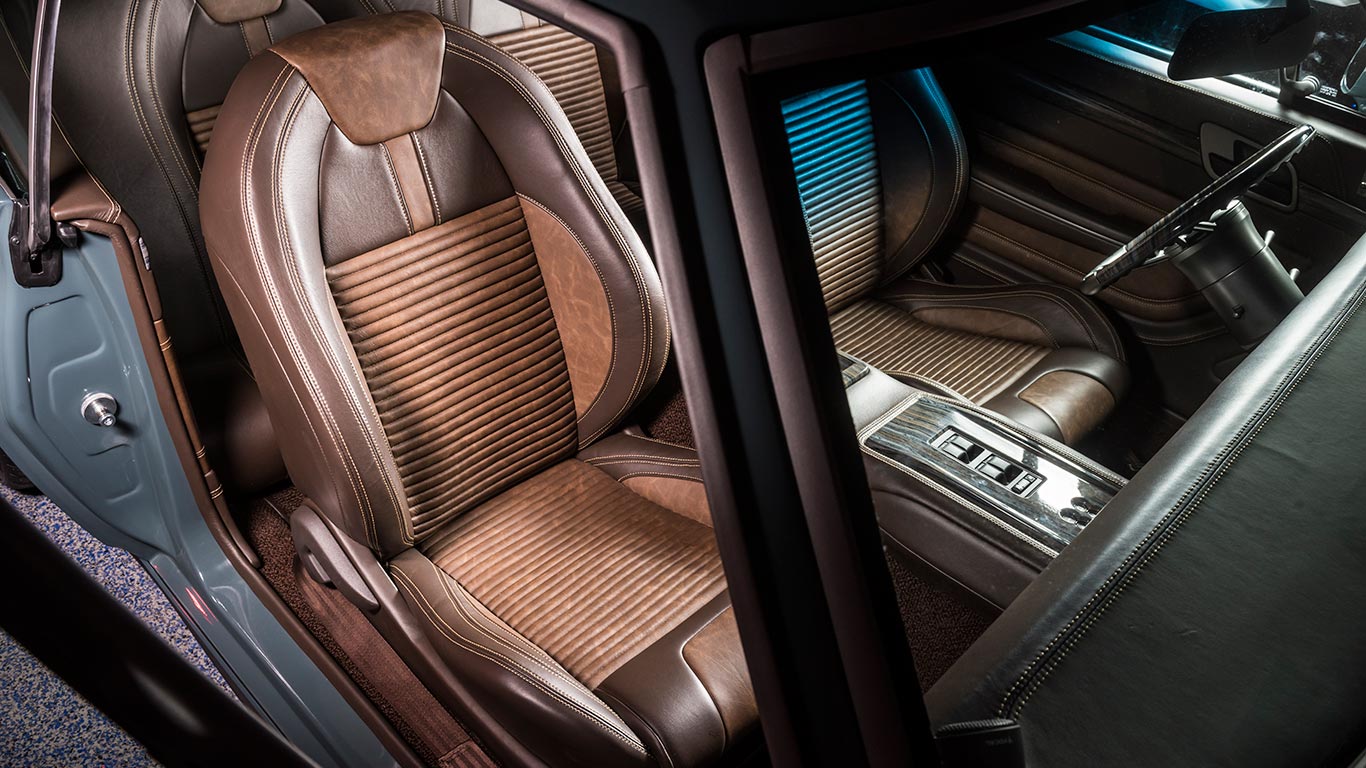 Skilled in custom bodywork design and fabrication, SpeedKore have given the Camaro numerous exterior modifications to mark it out as something special. The transformation also continues inside, where Recaro bucket seats are wrapped in leather described as ‘Bomber Brown’ in colour. Quite apt given Captain America’s World War Two backstory. Keeping things cool is a vintage air conditioning system, whilst a Kenwood satellite navigation unit brings the technology into the 21st century. 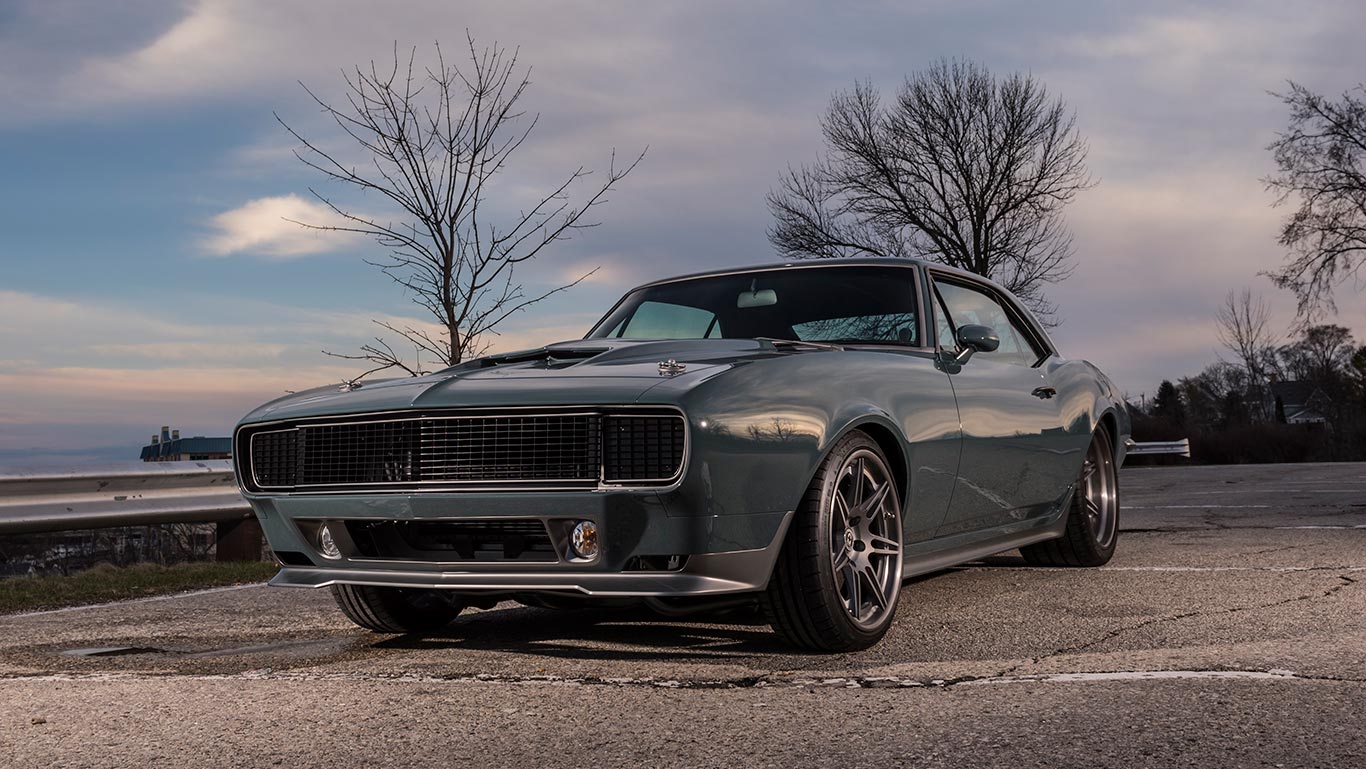 This is not the first time SpeedKore have created a muscle car for a Marvel movie hero. Iron Man actor Robert Downey Jr. commissioned the firm to produce a stunning Ford Mustang Boss 302, which picked up a ‘Best of Show’ design award at the prestigious SEMA show in 2017

SpeedKore has also produced cars featured in the Fast & Furious movie franchise, including a 1,650hp twin-turbocharged 1970 Dodge Charger. Other highlights include a version of the already crazy Dodge Challenger Demon clothed in carbon fibre, and a lightweight Ford Mustang Shelby GT350R. 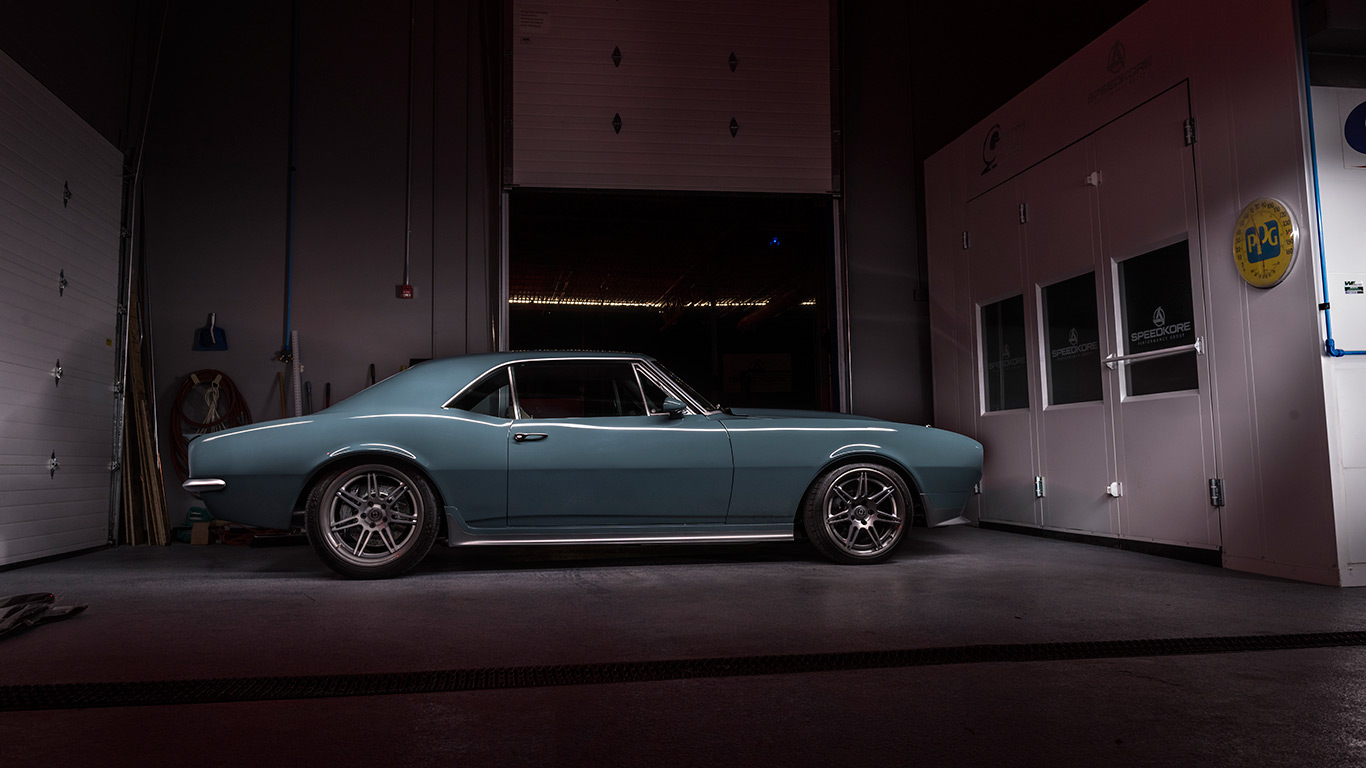 Given the number of actors involved in Avengers: Infinity War, we have our fingers crossed that SpeedKore will get even more commissions for bespoke American muscle cars.