Original 1965 GT350R prototype was the first Shelby Mustang to win a race, and was used by drivers including Ken Miles, Peter Brock and Bob Bondurant 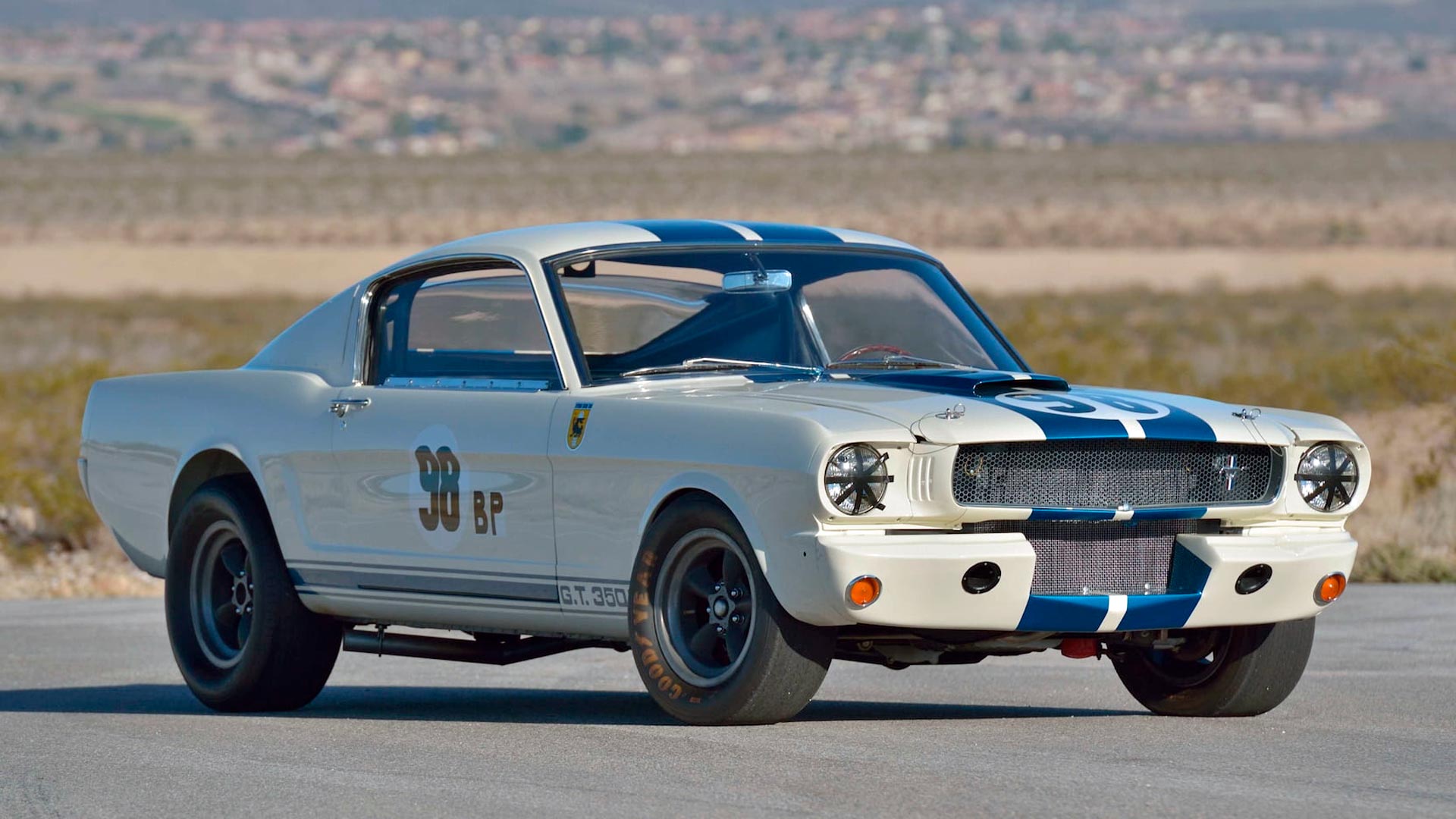 A car claimed to be the most “historically significant” Shelby Mustang to ever leave the factory will soon be up for sale.

The very first Shelby GT350R, created in 1965 as a prototype model, was built to a unique specification with parts only found on this car.

After a lifetime of winning races, and more recently appearances on the Concours d’Elegance scene, the ‘Flying Mustang’ will be auctioned at the Mecum Indy 2020 sale in May.

Not a car for secretaries 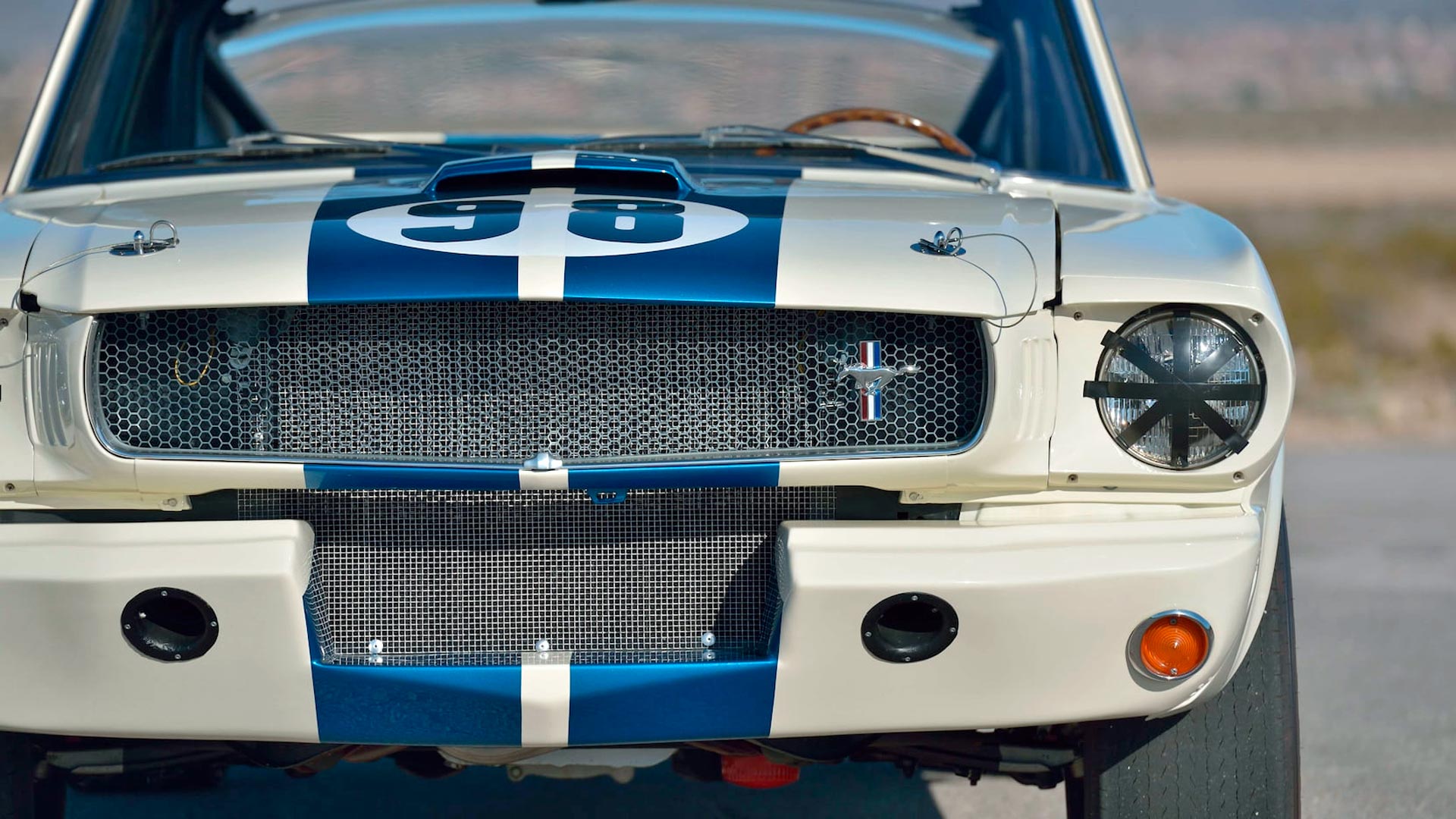 The story of the GT350R began as a project intended to change the public’s perception of the Ford Mustang. Instead of being seen as a mild-mannered everyday machine, Ford wanted to inject motorsport drama into the first-generation pony car.

Shelby American was asked to create a high-performance version of the Mustang, with the potential for use in racing. The result was 34 examples of the Shelby GT350R.

With sole purpose to allow Shelby to enter the car in SCCA sports car competitions, the GT350R hardcore racer intended to dominate on the race track. 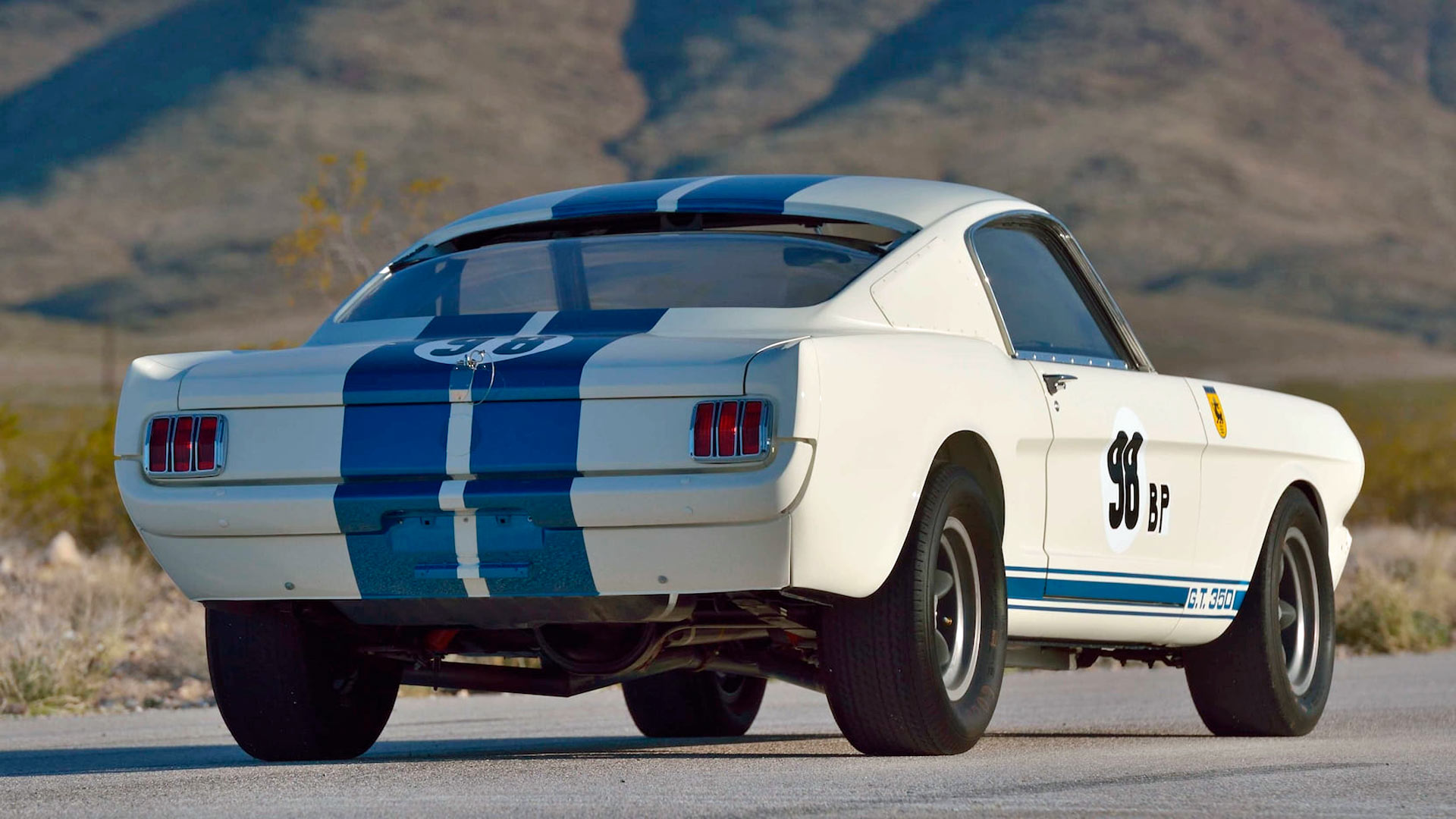 The car set to be sold by Mecum is the inaugural prototype of the GT350R. Chassis 5R002 would be the very first Shelby R-Model, and would be used extensively for testing and development.

Shelby American drivers such as Ken Miles and Chuck Cantwell would be responsible for much of the driving. These parts and ideas would go onto be included on Shelby’s second factory R-Model, along with the other 34 cars built for customer purchase.

Along with testing and homologation requirements, Shelby also used the car for actual racing. In fact, this car would be the first Shelby Mustang to ever win a race, taking victory at Green Valley Raceway near Dallas, Texas on Valentine’s Day 1965.

Winning from the beginning 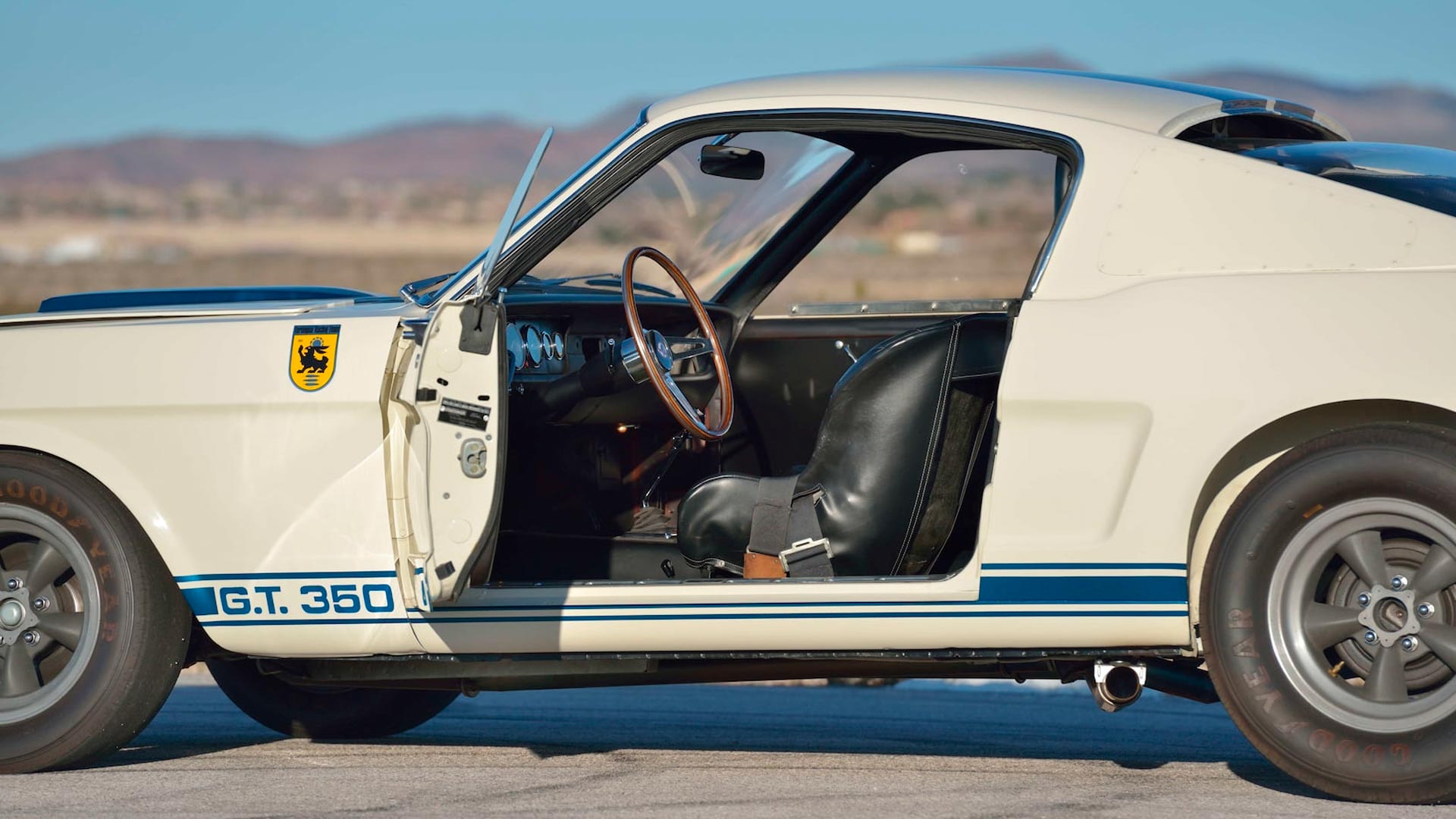 Away from the track, the car appeared in Ford promotional movies, including ‘Shelby Goes Racing with Ford’ where it was driven by Peter Brock. It also adorned magazine covers, and was used to terrify journalists at the launch of the road-going Shelby GT350.

After an intense period with Shelby American, the car would be sold to a Ford employee, Bill Clawson in 1966. 5R002 would continue to compete in SCCA motorsport, including the later fitment of a experimental GT40 race-spec engine. 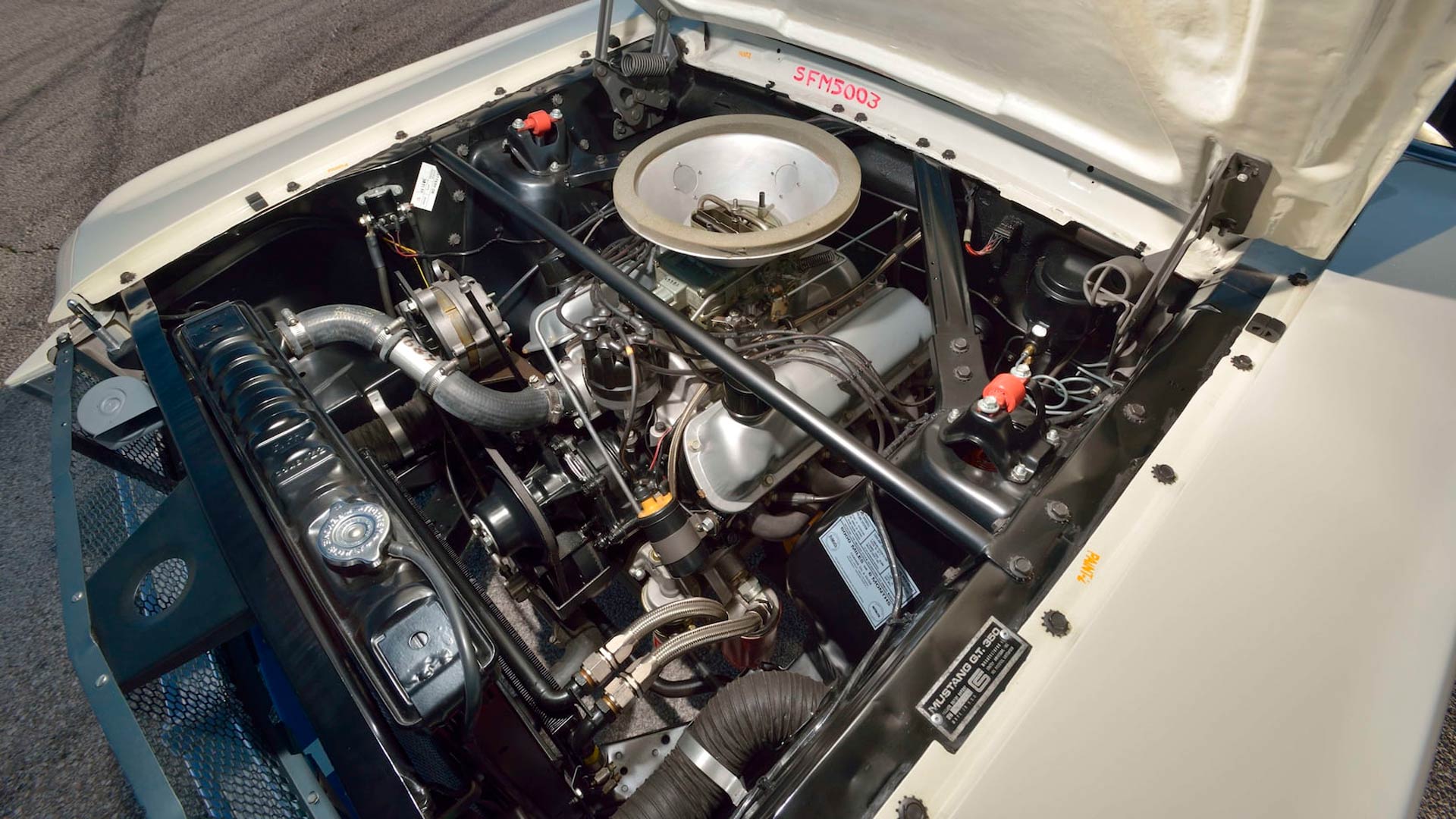 Clawson sold the car in 1968, starting off a chain of sales and transfers to other racers and collectors. The car would ultimately be sold to Shelby enthusiast John Atzbach in 2010, after the GT350R had spent years on show at the Shelby American Museum in Boulder, Colorado.

After an appearance at the 2010 Quail Motorsports Gathering, Atzbach commissioned an extensive restoration of 5R002. The process took more than four years, including thousands of hours examining period photos to ensure the GT350R was restored correctly.

Atzbach also travelled the country to interview former Shelby employees, questioning on video those who had specifically worked on the car when new.

Still winning after all these years 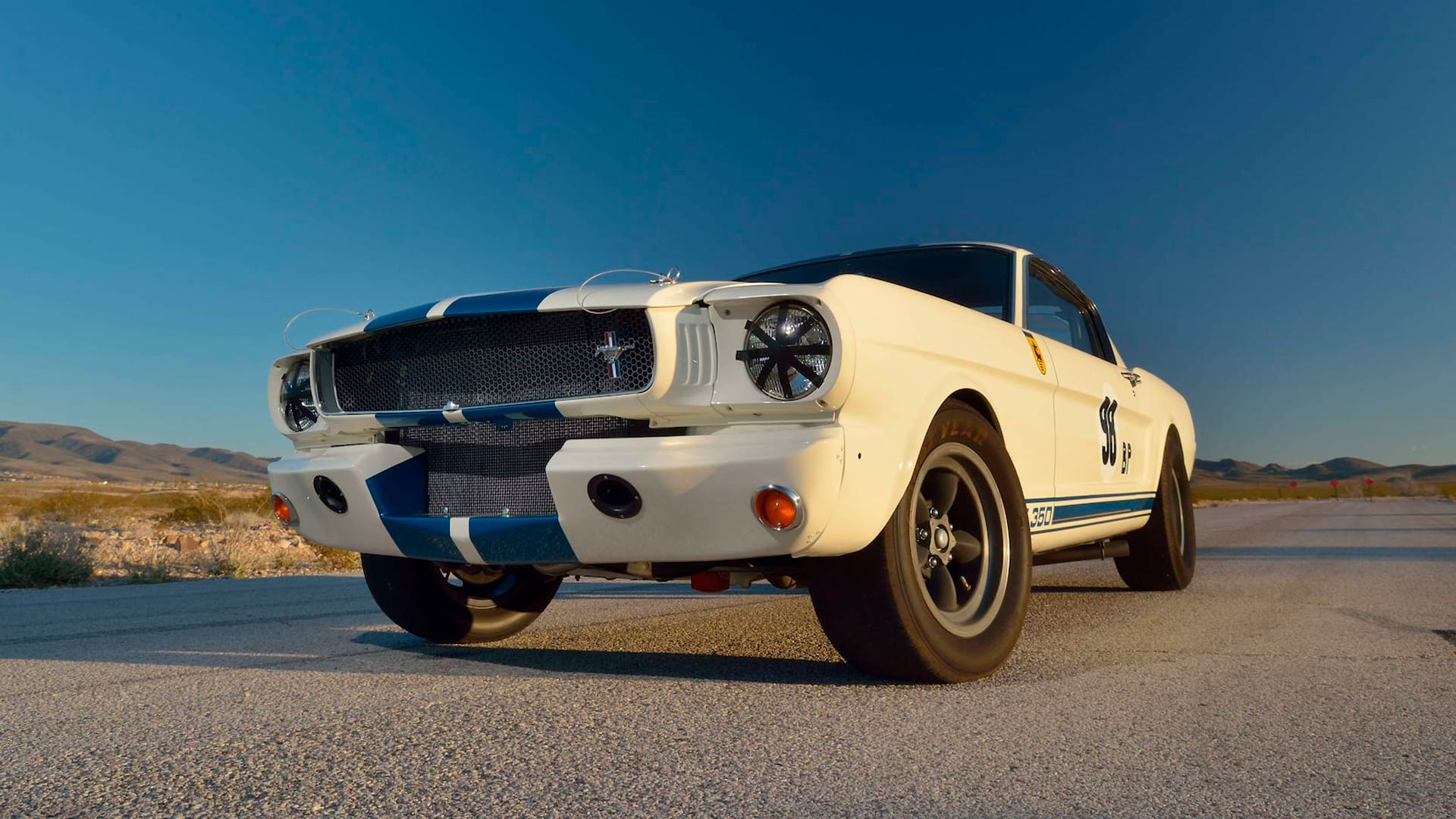 The detailed process produced a restored car that would debut at the 2014 Amelia Island Concours d’Elegance event. Driven onto the podium by Chuck Cantwell, 5R002 collected the prize for Best in Class from the judges.

2014 would also see the GT305R appear at numerous Ford events to celebrate the 50th anniversary of the Mustang. A year later, 5R002 was invited to the 2015 Pebble Beach Concours d’Elegance, helping celebrate the Shelby Mustang as the Marque of Honor.

In keeping with its winning heritage, 5R002 collected the Best in Class prize, along with being named the winner of Road & Track magazine’s ‘Car We Would Most Like to Drive’ Award. 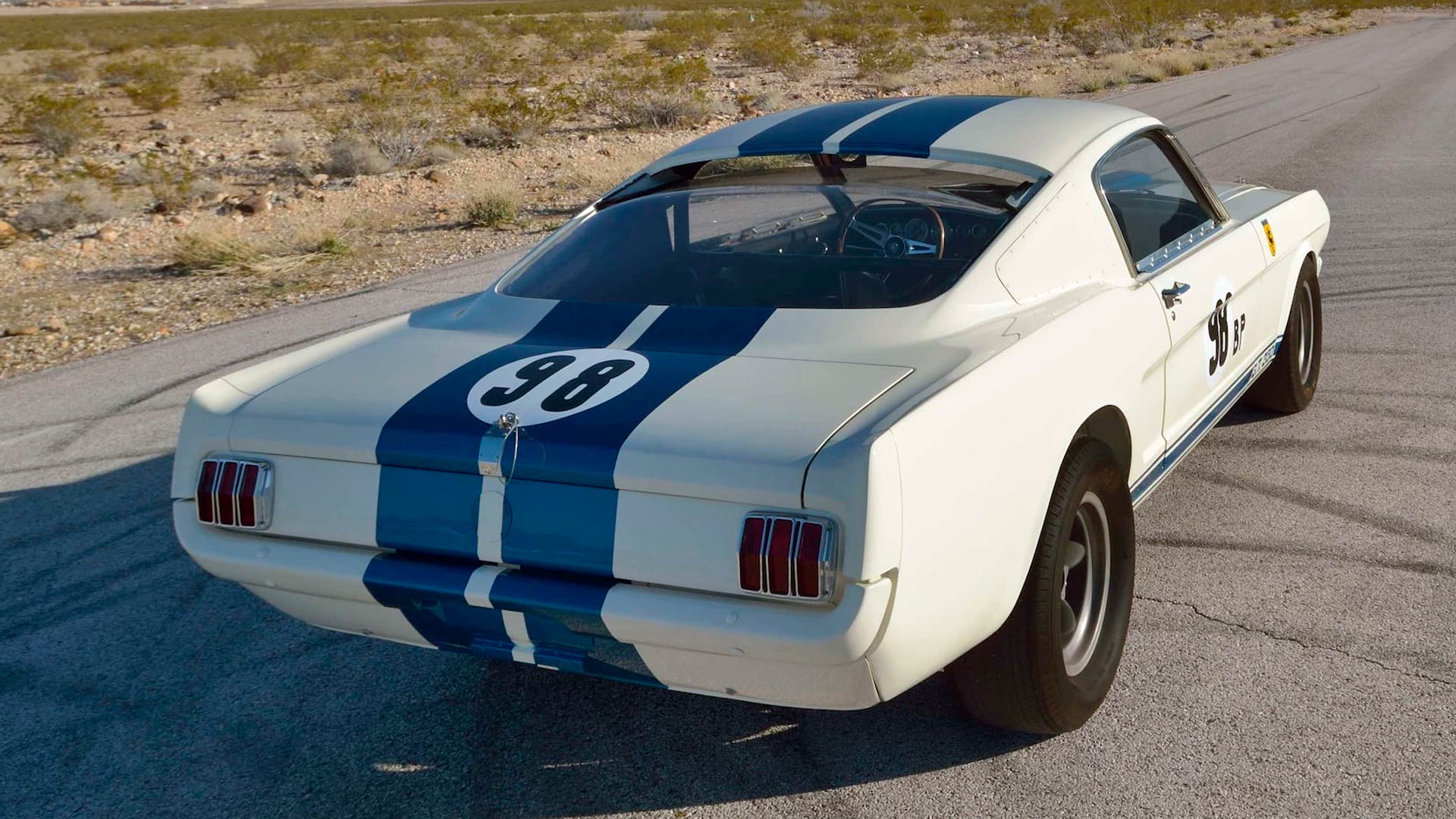 With such an incredible history behind it, the claims of historical significance for 5R002 are hard to ignore. This is the car that kickstarted the entire Shelby Mustang phenomenon, and its associated motorsport legacy.

Along with 5R002, eleven other key models from John Atzbach’s personal collection will be auctioned at the Mecum Indy sale. These includes the first 1968 Shelby GT500KR to be built, and the final Shelby GT350 made in 1970.

Adaptive cruise control is the answer to our congestion woes, say scientists and engineers from Ford and Vanderbilt University
Read more

Forget concepts, sports cars and coupes, these are the best ‘more doors’ in Paris
Read more