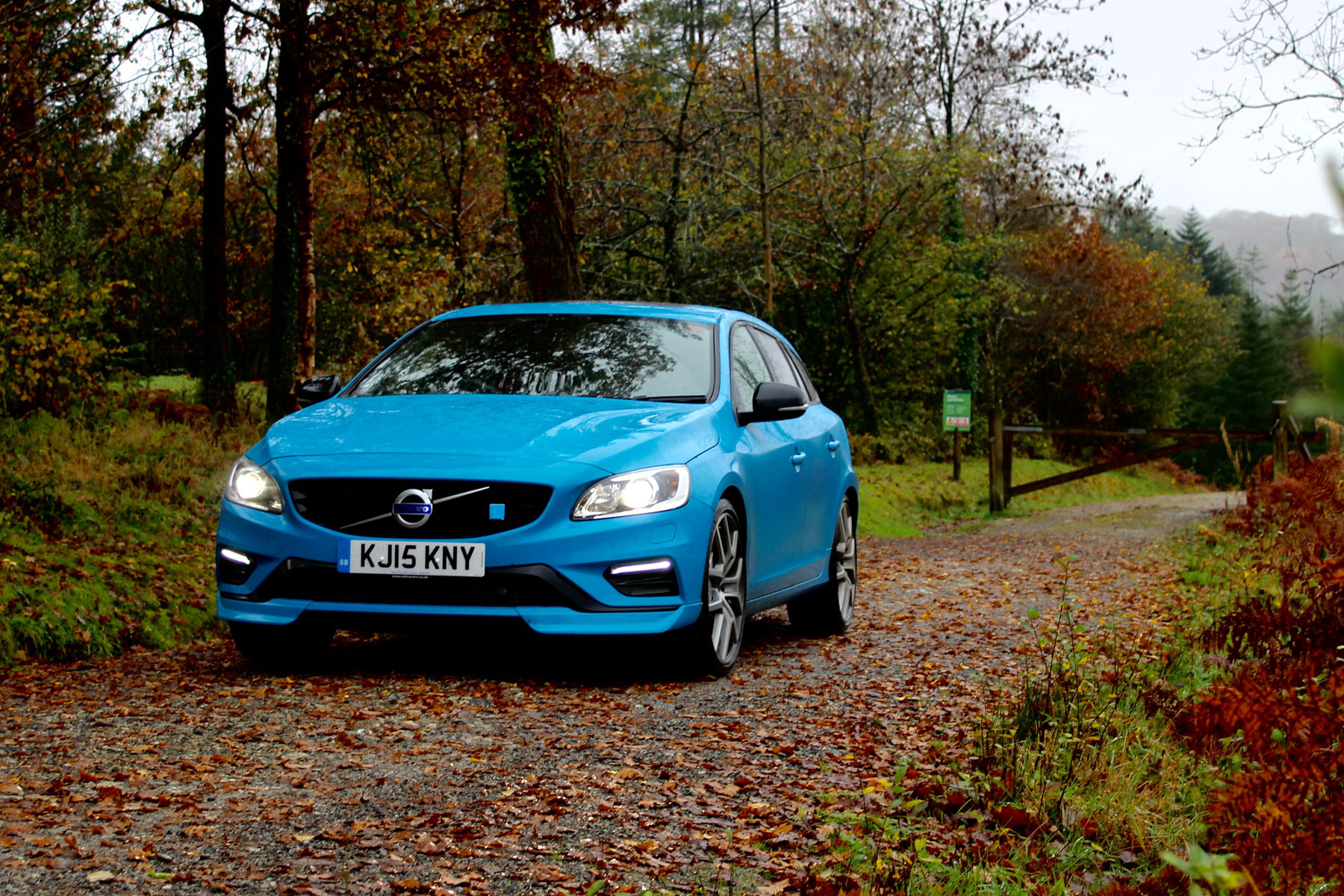 Rebel without a cause: can a £50k super-Swede make sense in the UK? 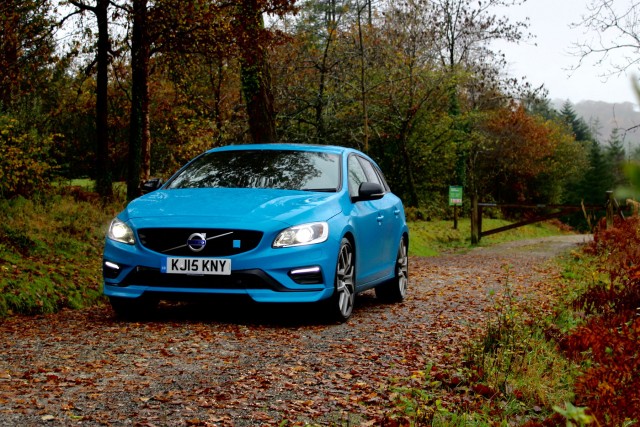 Volvo V60 Polestar: What is it?

In many ways, the V60 Polestar feels like a last hurrah for old Volvo. A menacing, brute of a wagon that sticks two fingers up at convention and cares little for economic or environmental matters.

A Rebel Blue estate car without a cause, while Volvo embarks on its brave new SPA (Scalable Product Architecture) world. If talk of Volvo wagons and the BTCC makes you go misty-eyed, this could be the car for you.

Volvo V60 Polestar: What are its rivals?

When it comes to leftfield rivals, how about the Vauxhall Insignia VXR SuperSport Sports Tourer? After all, it does offer a 2.8-litre V6 engine developing 325hp. BMW will enter the ring armed with a 335d xDrive M Sport Touring. Sure, it’s a diesel, but it packs a 313hp punch. And come the end of next year, Audi will mix things up with the all-new S4 Avant.

Volvo V60 Polestar: Which engines does it use?

There’s only one engine on offer, but fortunately it’s a good one. The 3.0-litre straight-six develops 350hp and a mighty 368lb ft of torque. The all-wheel-drive V60 Polestar is offered with Volvo’s six-speed Geartronic transmission. Top speed is limited to 155mph and it’ll sprint to 62mph in 5.0 seconds. 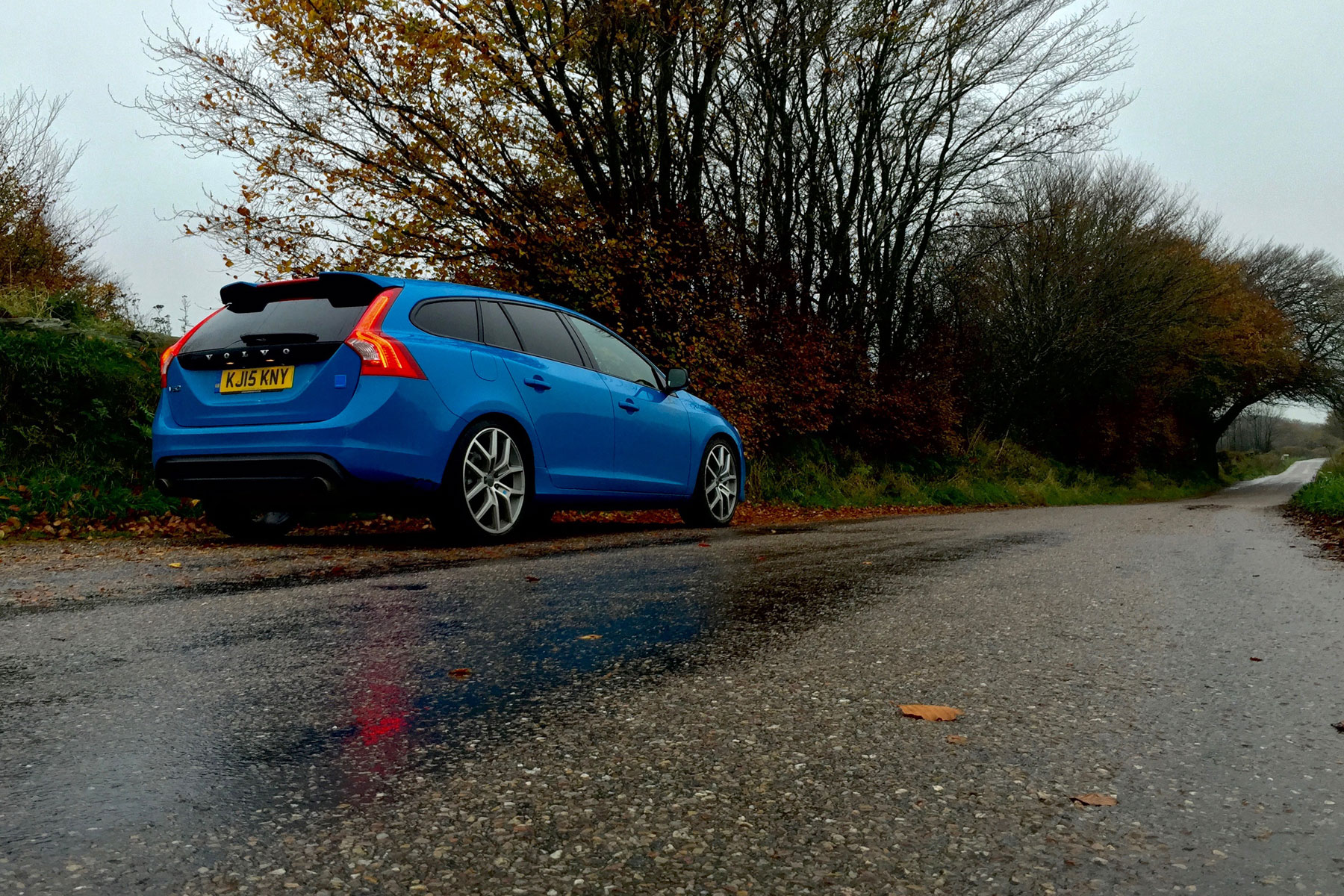 Curiously, the Volvo V60 Polestar never feels bonkers-fast, not until you glance down to see the digital speedo failing to keep up with the actual road speed. The feeling of pace is diluted by the way the Volvo cocoons you from the outside world. Even in the harshest of conditions, you get the sense the V60 Polestar will guide you home in absolute safety, accompanied by a rousing soundtrack.

It always feels better in a straight line, with corners only serving to highlight the V60’s 1834kg weight. On the plus side, the Polestar offers a bucket-load of grip, while the Brembo brakes provide immense stopping power.

As for the ride, when you take into account the rubber band-thin tyres, 20-inch rims and suspension that’s 80% stiffer than an S60 R-Design, it’s remarkably good. Your passengers may not agree, but from a driver’s perspective it simply heightens the sense of this being a Touring Car for the road. Just avoid big potholes, unless you fancy spending some quality time and money with your chiropractor.

Face it, the Volvo V60 Polestar isn’t a car for penny-pinchers. For a start, it costs £49,775, more than you’ll spend on an entry-level XC90. But as a halo model, Volvo has thrown the veritable kitchen sink at the V60 Polestar, with every single option box ticked. Not that it’ll be cheap to run. Over seven days we averaged 24.7mpg, not too far short of the claimed 27.7mpg. First year vehicle tax is £860, dropping to £485 each year thereafter.

Volvo V60 Polestar: Is it practical?

The V60 is more of a sportswagon than an antique-clock-swallowing estate car, so you’ll have to make do with 430 litres of space. You can extend this to 1,241 litres with the rear seats folded down. There are plenty of useful storage areas throughout the cabin, including a shelf behind the ‘floating’ centre console and pockets on the front of the brilliantly supportive and comfortable front seats. The Alcantara sports seats are as good as they look, while the blue stitching is a neat touch. 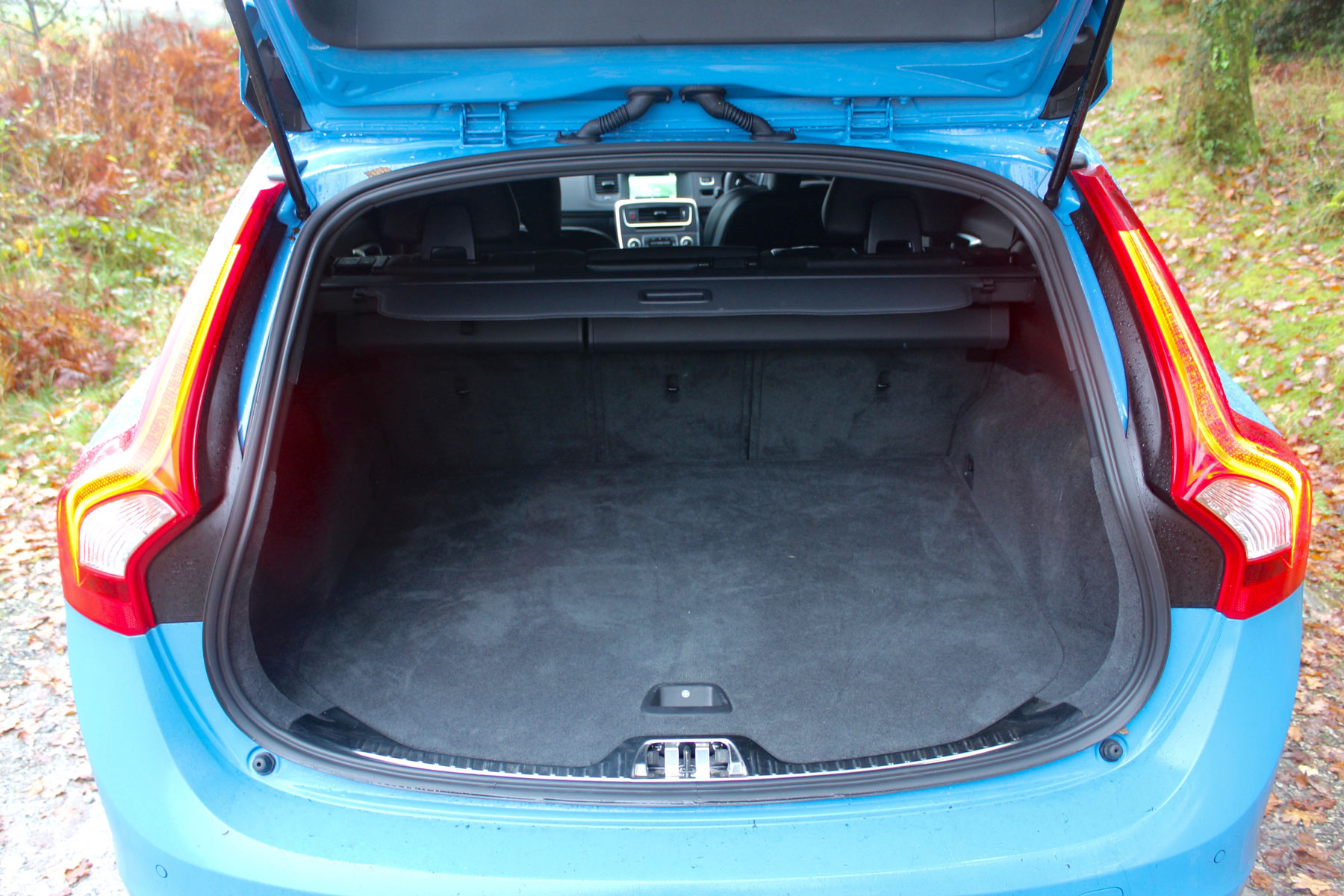 Volvo V60 Polestar: What about safety?

It’s a Volvo, so do you really need to ask about safety? The V60 received a maximum five-star safety rating when it was tested by Euro NCAP back in 2012, scoring 94% for adult safety, 82% for child safety and 100% for safety assist. The V60 Polestar benefits from a vast array of active and passive safety devices, including city safety, pedestrian and cyclist detection, blind-spot information, lane-departure warning and active high-beam.

We’ll give a special mention to the adaptive cruise control, which was faultless and helped to ease the pain of two very long journeys. In heavy traffic, queues or on empty motorways, it’s a system you can use with confidence.

Volvo V60 Polestar: Which version should I go for?

In classic Highlander style, there can be only one. That said, you do have a choice of colours, namely Rebel Blue, Ice White, Bright Silver and Onyx Black. But to choose anything other than Rebel Blue would be a mistake, as it wears the colour so well. It’s like a signature hue that gives the V60 Polestar a real standout quality. Having said that, the other colours do offer maximum Q-car potential…

Volvo V60 Polestar: Should I buy one? 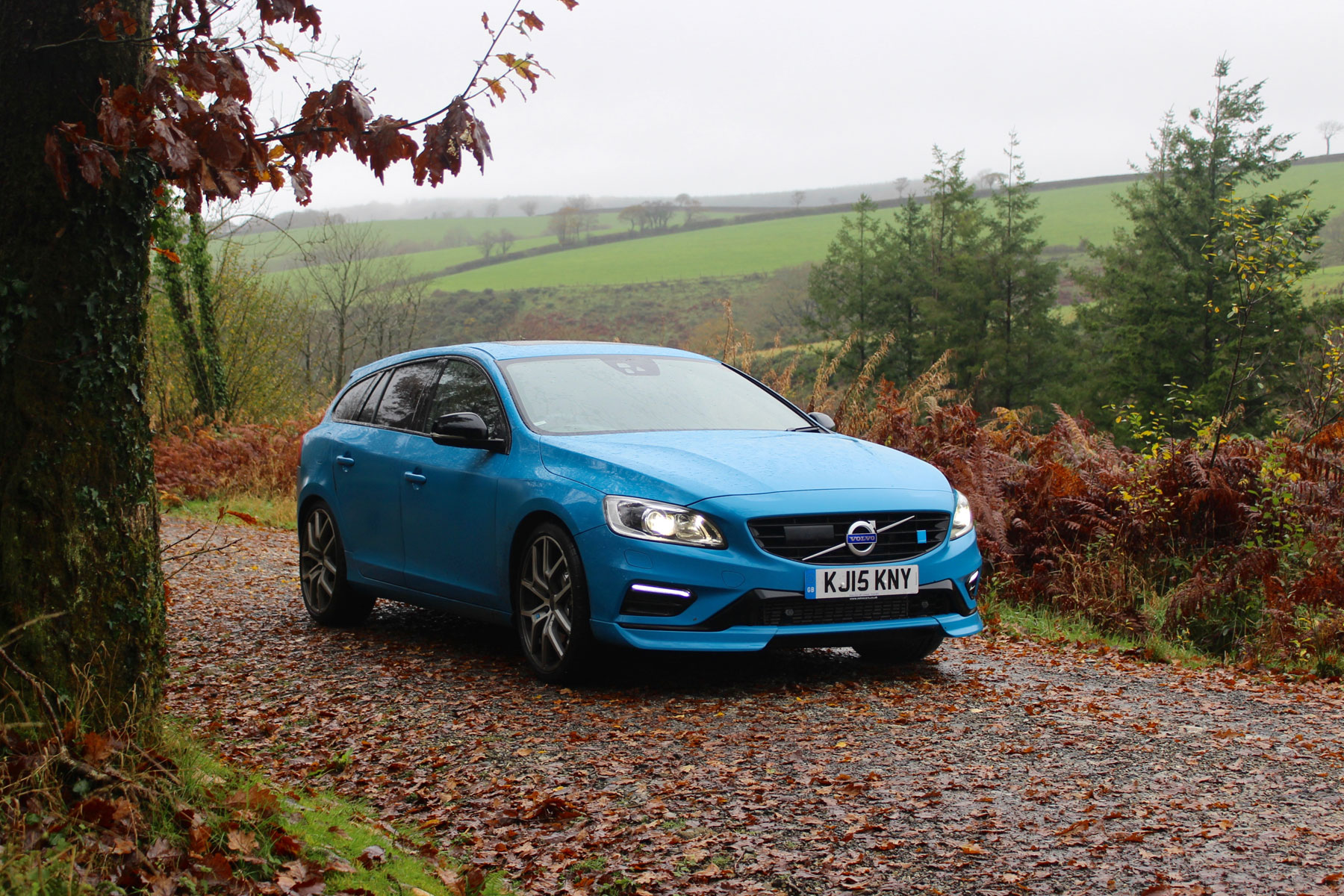 The Volvo V60 Polestar is a car where your heart will undoubtedly rule your head. Spending the best part of £50,000 on a Volvo that uses an old platform and is powered by an old engine makes little sense on paper. But spend some quality time with the V60 Polestar and convention goes out of the window. There’s a genuine feelgood factor associated with the car, and you’ll win petrolhead points for choosing something a bit different. Only 125 will be sold in the UK, so exclusivity is guaranteed.

This week, Volvo announced a new Polestar-developed performance upgrade for the new XC90. There are rumours a full fat Volvo XC90 Polestar could follow in the future. Dear Volvo, please make this happen.

Because this is the point about the Volvo V60 Polestar. It’s not some half-baked go-faster special. This looks and feels like an authentic performance wagon, engineered by a proper Swedish racing team.

Brembo brakes, Ohlins dampers, Polestar engineering, a 3.0-litre engine and Volvo safety. Sounds like a compelling cocktail, doesn’t it? Drive one and you’ll realise it’s as good as it looks.