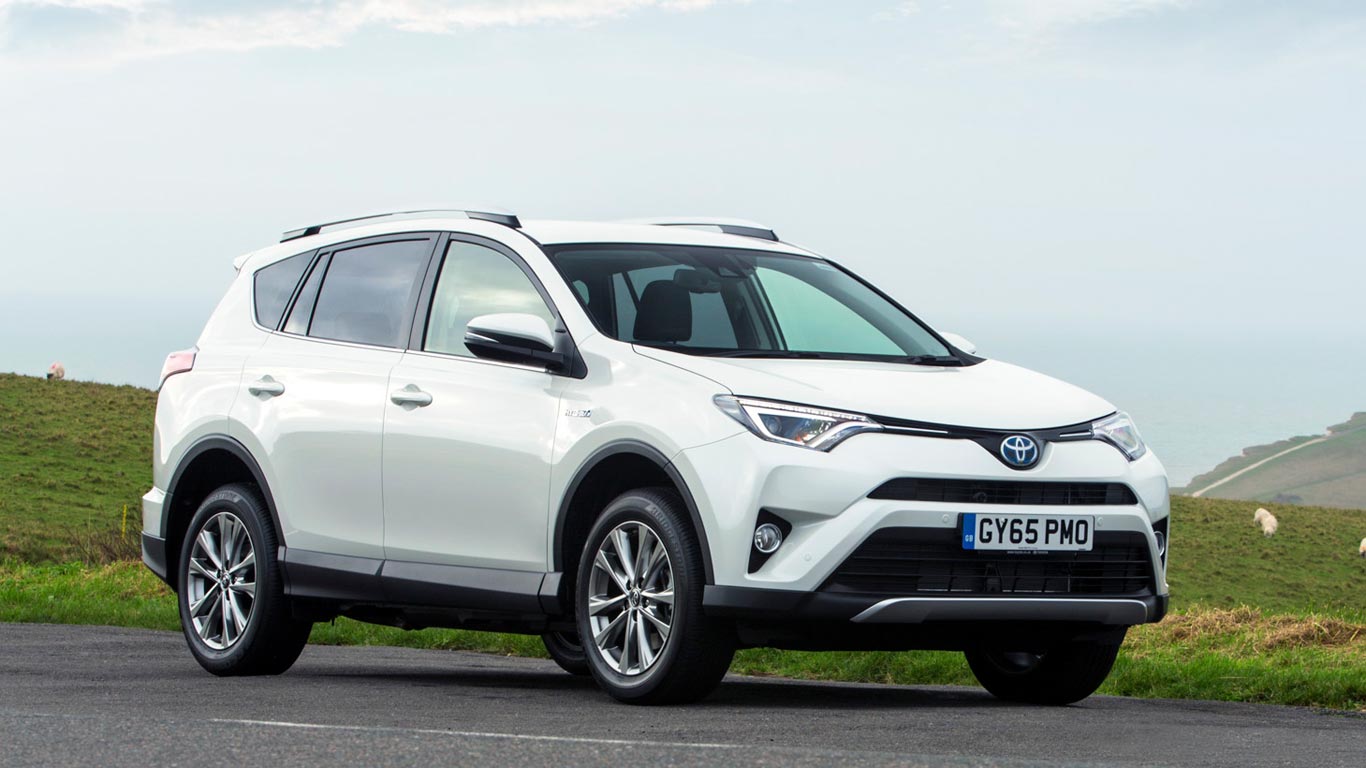 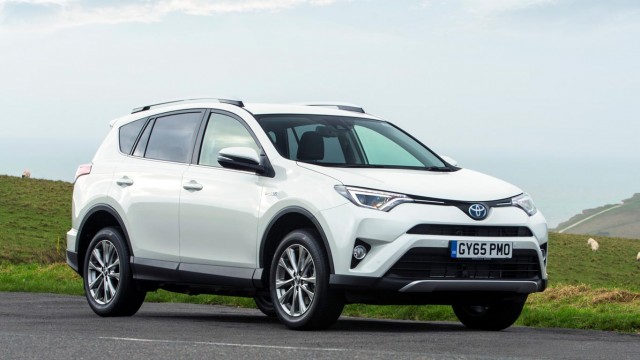 Blame the Qashqai. Nissan’s crossover has been so successful that Toyota is prepared to throw out the go-anywhere ability of its four-wheel-drive diesel RAV4 SUV in favour of lesser, cheaper, and lighter front-wheel-drive offerings.

From now, the only way to get 4×4 in the RAV4 is with this new hybrid version. And it’s not four-wheel drive as you know it. Instead, there’s an electric motor mounted at the back that drives the rear wheels ‘on demand’. It’s an immensely clever solution, although it may still alienate a number of traditional RAV4 buyers. 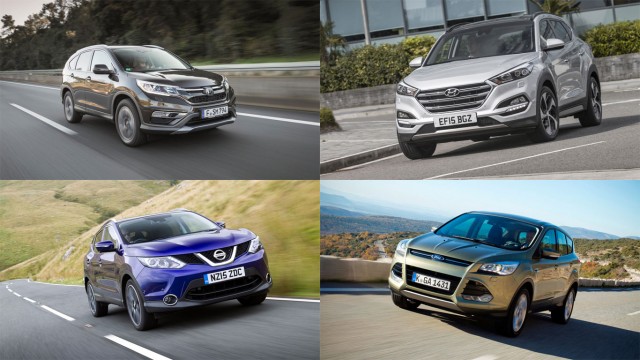 There are over 20, for this area of the car market, the ‘compact crossover’, is the fastest growing of any. Buyers love them for the combination of style, space and practicality. A crossover is a lot less boring that the equivalent hatchback or estate car.

The Qashqai still dominates the market, but there are other strong contenders like the new Hyundai Tucson, the Kia Sportage (of which there is a new coming soon) Ford Kuga, Honda CR-V, Mazda CX-5 and so on. Pick a manufacturer and you’re almost sure to find a player in this segment. 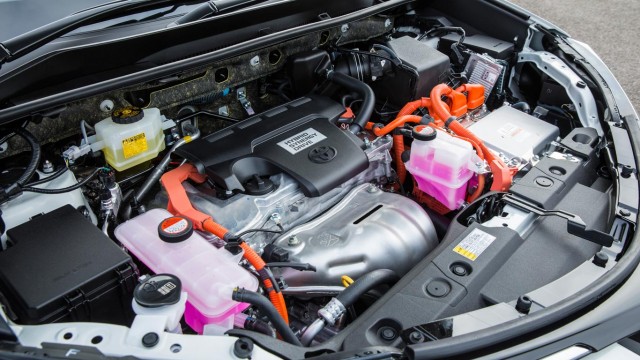 The introduction of the hybrid RAV4 runs concurrently with a mid-term facelift of the 2013 model, aimed at improving ride comfort and noise levels, with a tiny benefit in CO2 for the existing 2.0-litre petrol and diesel engines.

The hybrid uses a new 2.5-litre petrol engine coupled to the usual electric motors – one in the front-wheel-drive model, two in the 4×4. Power is either 150hp, or 194hp for the two-motor model. As with every Toyota and Lexus hybrid, automatic transmission comes as part of the package. 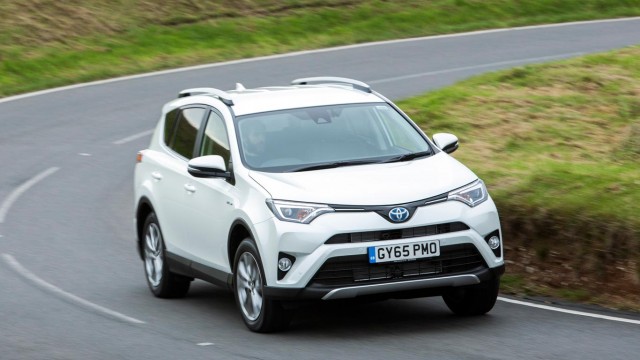 Like a bigger, taller Prius, maybe? That’s taking it a bit far, but the hybrid RAV4 goes about its business with little panache, but in a (reasonably) quiet, refined manner. The gearbox has a new six-speed mode to emulate a regular automatic, a bit pointless to our minds, and a new Sport mode (which is completely pointless).

Yet this RAV4 goes well enough as a two- or four-wheel-drive model, and can seem very quiet as long as you don’t demand full acceleration. It’s moved about by crosswinds, though, and don’t expect the ultimate off-road ability that you’d get from the previous diesel 4×4. That said, the 4×4 hybrid RAV4 does have a 1650kg towing ability, up from 800kg in the 4×2. 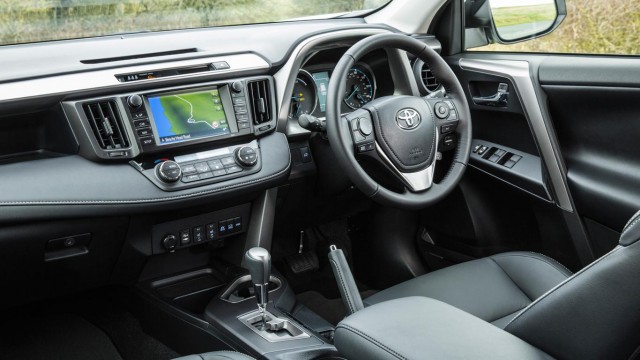 Toyota claims 55.4mpg for the 4×4, and 57.6mpg for the front-wheel-drive RAV4. The equivalent diesel has a figure of 60.1mpg. While acknowledging that many Prius owners achieve amazing economy figures by adapting their driving to max-out on economy (and therefore minimising driving pleasure), we saw around 35mpg in the 4×4 model, and approached 40mpg in the front-wheel-drive RAV4.

That’s not particularly impressive, but economy, as always, will also depend on where you regularly drive. CO2 is the big deal here, at 118 or 115 g/km. What Toyota has also established is that its hybrid vehicles should have lower running costs than ordinary cars. There seem to be none of the original worries about battery life, even in older Prius. 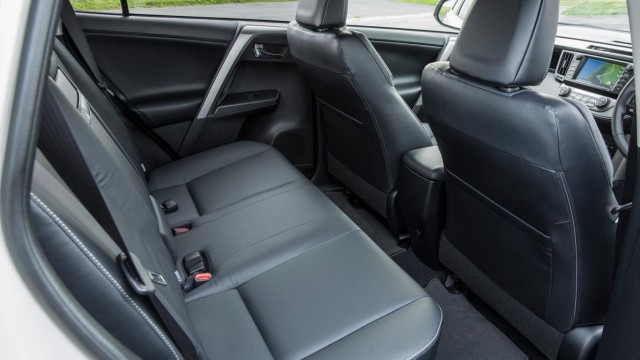 The RAV4 is right up with the competition for practicality. There’s space aplenty in the front and rear of the car, and a good-sized boot, too. Luggage space is somewhat compromised by the hybrid system, however. The batteries cause a ridge in the boot floor and prevent a flat load area with the rear seats folded forward.

The facia has a mild redesign, with better stowage, and some new instruments. It’s a pretty comfortable place to travel, those suspension improvements have paid off, and the steering is very light. A rear-view camera is standard across the range. 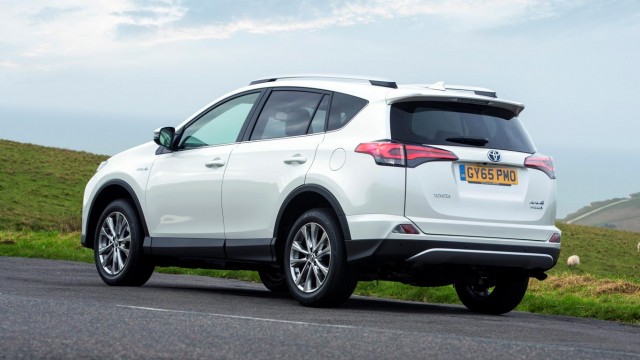 Before this makeover, the RAV4 had a five-star safety rating in EuroNCAP tests, scoring 89% for adult occupants and 82% for child occupants.

Toyota’s Safety Sense is an impressive suite of safety systems that includes pre-collision that will slow the car if you don’t by detecting an issue ahead, including pedestrians, and using adaptive cruise control, lane-departure alert and road-sign assist. Sadly, none of this comes as standard on any model of RAV4 – you will have to pay extra. 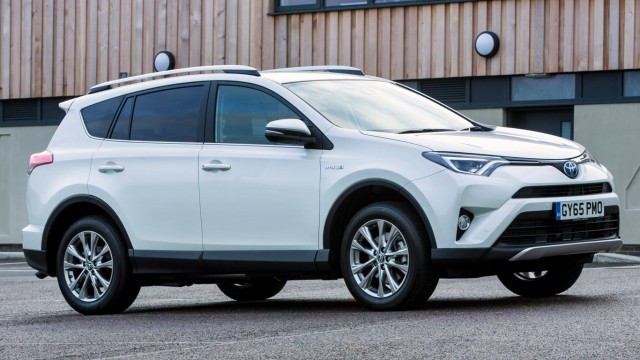 The sweet spot of the RAV4 hybrid range is the Business Edition Plus, at £26,195. With front-wheel-drive, it combines the decent specification of the lower grades with satellite navigation, Bluetooth, dual-zone climate control, front fog lamps, retractable mirrors and that rear-view camera. 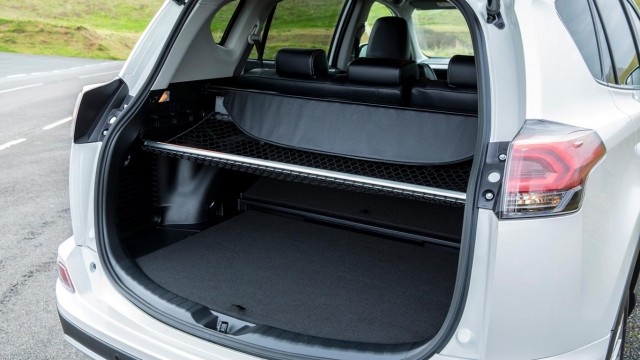 The RAV4 hybrid is not quite the compelling proposition we’d anticipated it might be. That’s partly because the RAV4 itself is a rather bland, non-decision to buy, with little to commend it over its many rivals, even though it is perfectly OK.

You need to be hooked into the whole hybrid idea, and the suggestion is that many people are. Perhaps even more will be in future with the small cloud that is hanging over diesel engines. I guess we’d have been won over if the economy was really impressive. But it wasn’t. 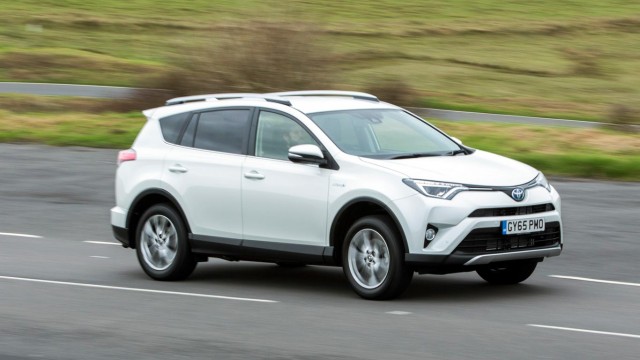 Hybrids bring buyers from other brands into the Toyota fold, with more people converting to the Toyota hybrids than to the regular petrol and diesel models. Toyota plans to get 50% of its UK buyers into hybrid models by 2020.