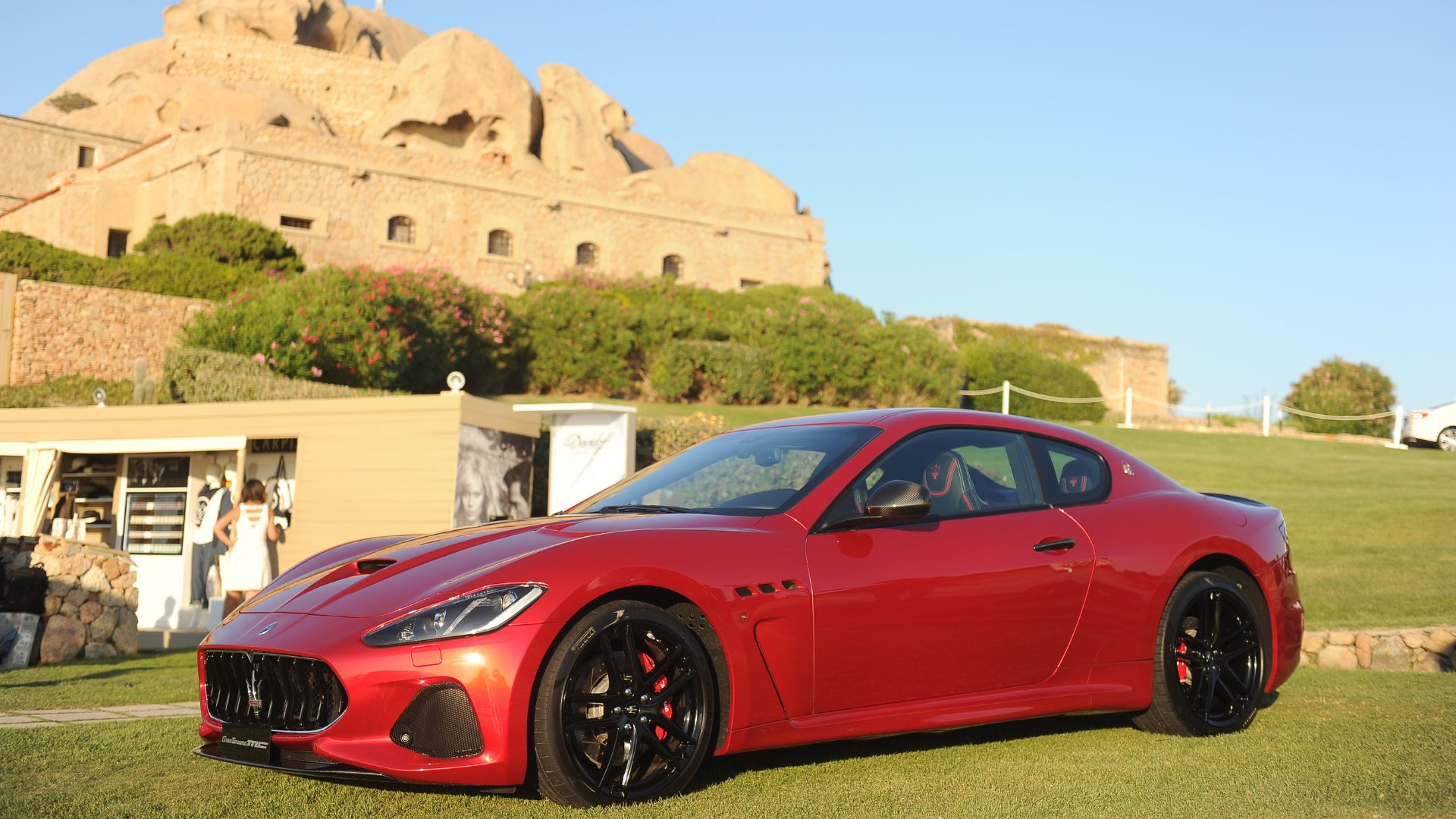 When the Maserati GranTurismo was launched, Tony Blair was in 10 Downing Street, Jade Goody was in the Big Brother house and the iPhone remained a twinkle in Steve Jobs’ eye.

By the time the GranTurismo MC you see here arrived, the Italian stallion was nearing retirement age. But Maserati gave it one last update in 2017 to take on the ever-growing ranks of six-figure sports cars. 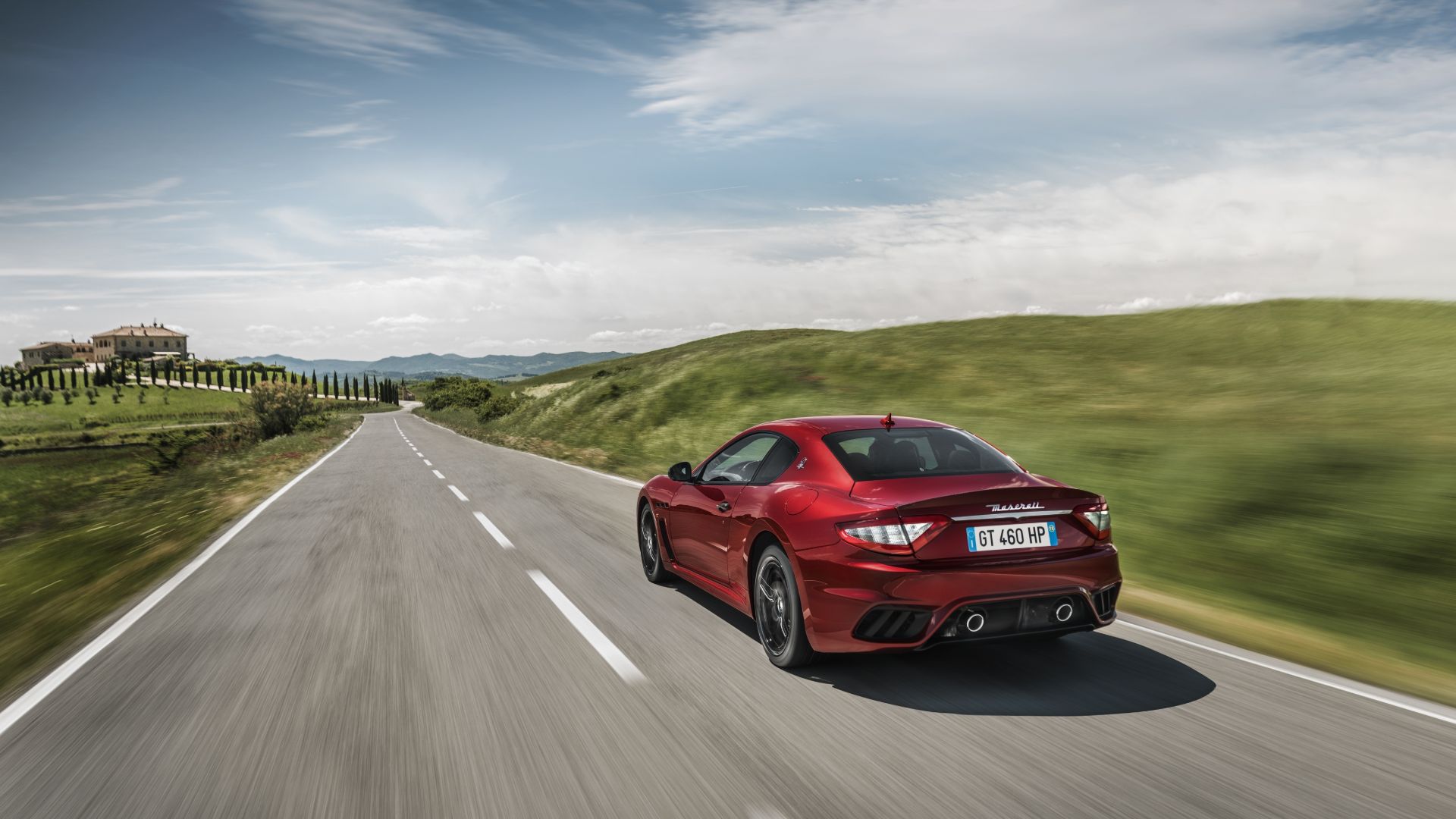 Those initials stand for ‘Maserati Corse’ – the latter means ‘racing’ in Italian – but the MC shouldn’t be confused with the earlier MC Stradale. That car was a hardcore road-racer, this one is very much a luxurious GT.

It’s a handsome beast, too: low, louche and oozing latent aggression. The makeover included new bumpers and Maserati’s ferocious front grille, while the MC gains 20-inch forged alloy wheels, titanium brake calipers and a carbon fibre rear spoiler. Its bonnet is carbon, too: painted on top, with naked composite weave on show underneath.

The GranTurismo’s ‘F136’ engine was built by Ferrari and has served in many of Maranello’s recent (and not so recent) road cars – F430, California and 458 Italia included. 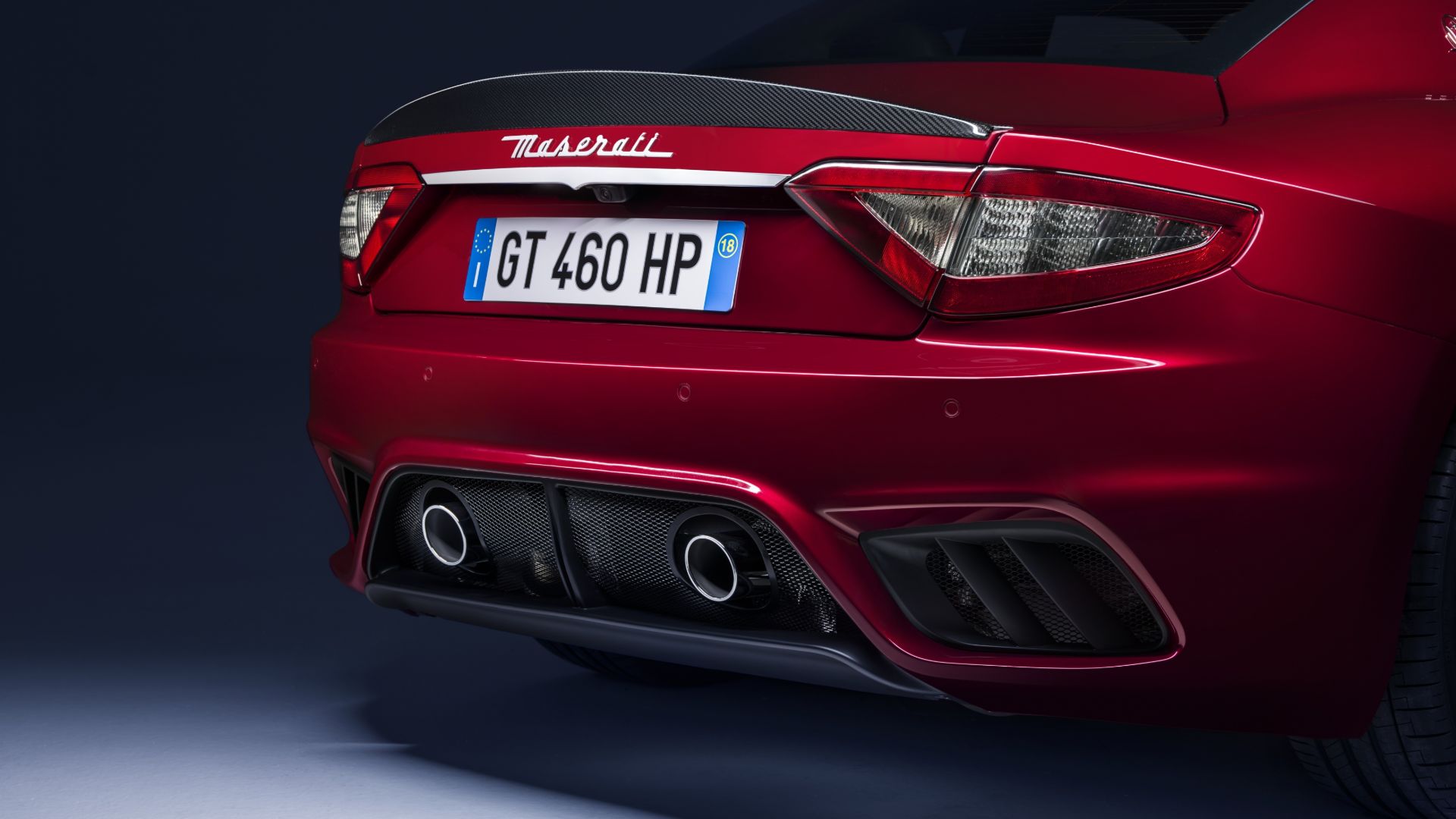 In the MC, it exhales through a new, switchable exhaust that’s surprisingly sedate… until you select Sport mode. Then, the snarling Scooby-Doo villain is duly unmasked, the twin tailpipes erupting with a high-pitched yowl that’s the antithesis of a sturm und drang AMG V8. Even in traffic, it sounds utterly enthralling.

With a 0-62mph time of 4.7 seconds, the GranTurismo is around a second off the pace versus its key rivals. However, what it lacks in mid-range, turbocharged punch, it makes up with sonorous, high-rev hysteria.

There’s something uniquely wonderful about a naturally-aspirated V8, even if sub-20mpg fuel economy (I managed 14mpg on a cross-London commute) is a sobering return to reality. 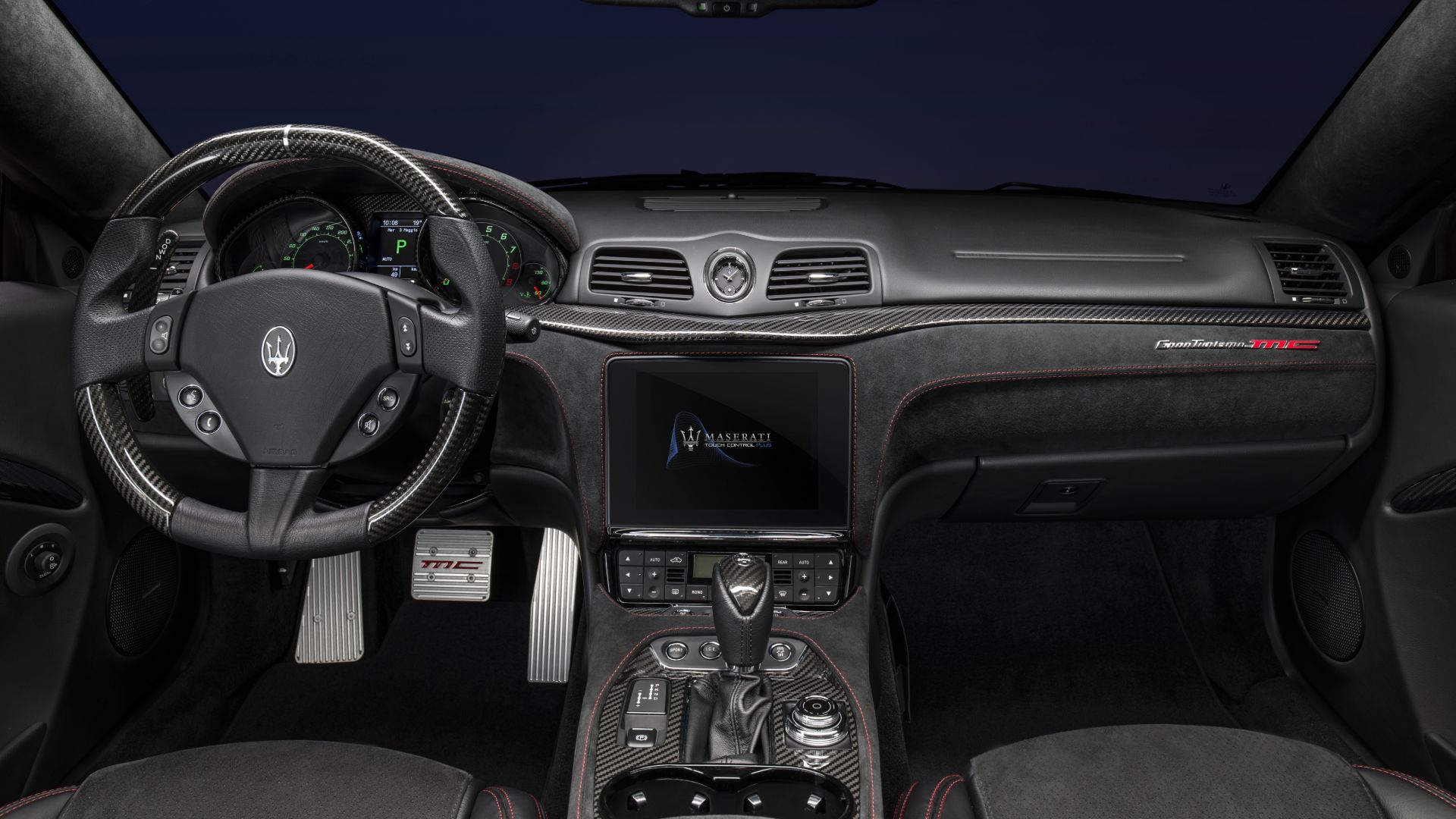 Engine aside, the MC is a car of contrasts. Its hydraulic power steering is chattier than the electric set-ups favoured today, and its chassis feels composed and confidence-inspiring at speed. The torque converter gearbox also suits the car, being smooth when cruising but sufficiently snappy in Sport.

On the minus side, the ride is rather jittery for a long-legged GT and the brakes don’t bite with the tenacity you’d hope for.

The interior is a similarly mixed bag: sumptuously trimmed in leather, Alcantara and carbon fibre, yet scattered with Fiat-Chrysler switchgear.

Still, the latest touchscreen media system is straightforward (including Apple CarPlay and Android Auto connectivity), the trademark Maserati clock is present and correct, and, lest we forget, the GranTurismo is a proper four-seater, with room for actual adults in the back. Take that, Porsche 911. 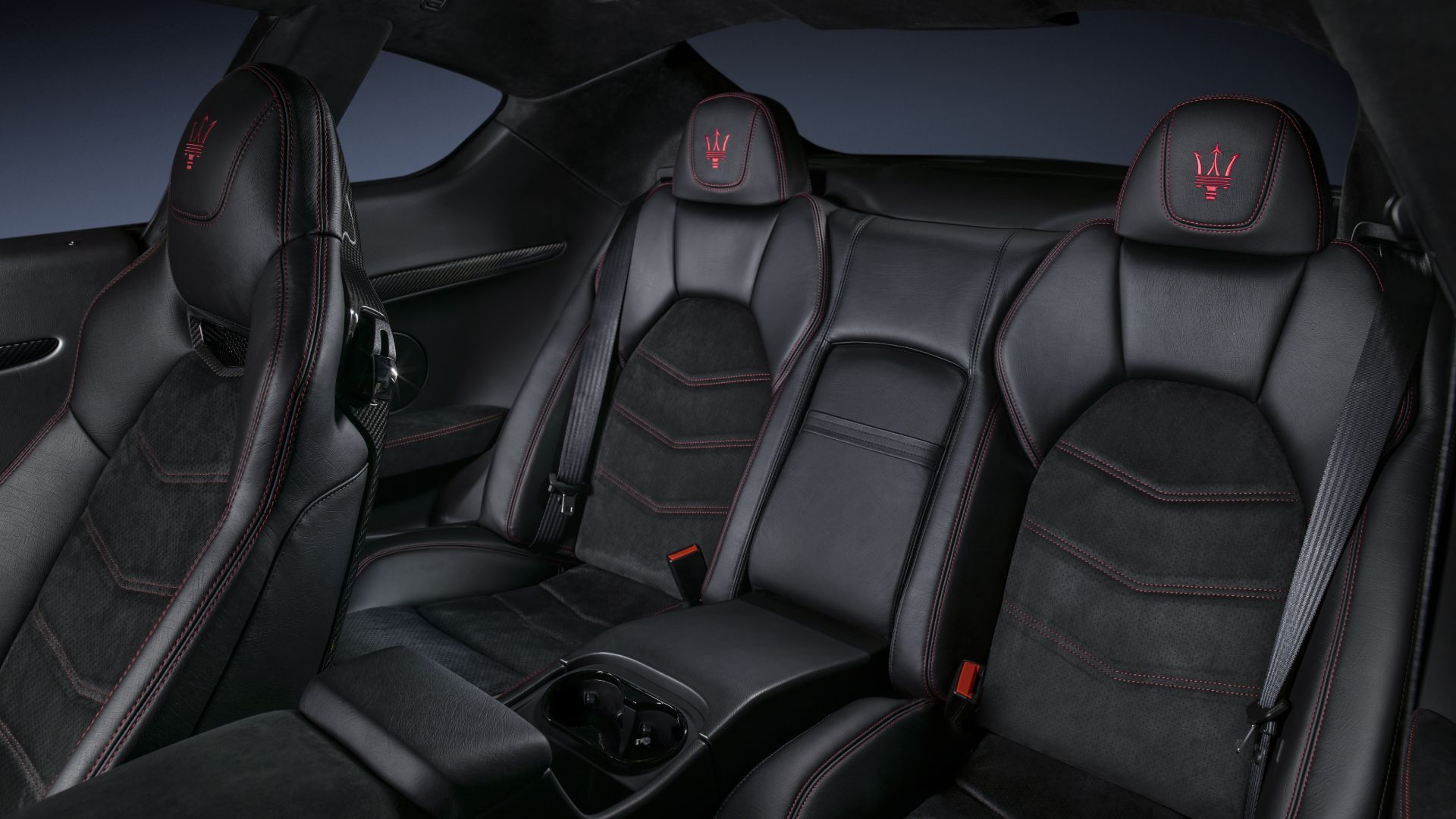 Read any classic car magazine and you’ll find that flaws are habitually dismissed – even embraced – as part of a car’s character.

The Maserati, fast-approaching classic status in itself, pulls off a similar trick, masking its foibles with winsome charm. I simply couldn’t help enjoying it.

You’d have to be eccentric to buy one over, say, a Mercedes-AMG GT, but I’d gladly applaud you for doing so. Used GranTurismo prices start from around £25,000, although you’ll pay twice that for an MC. 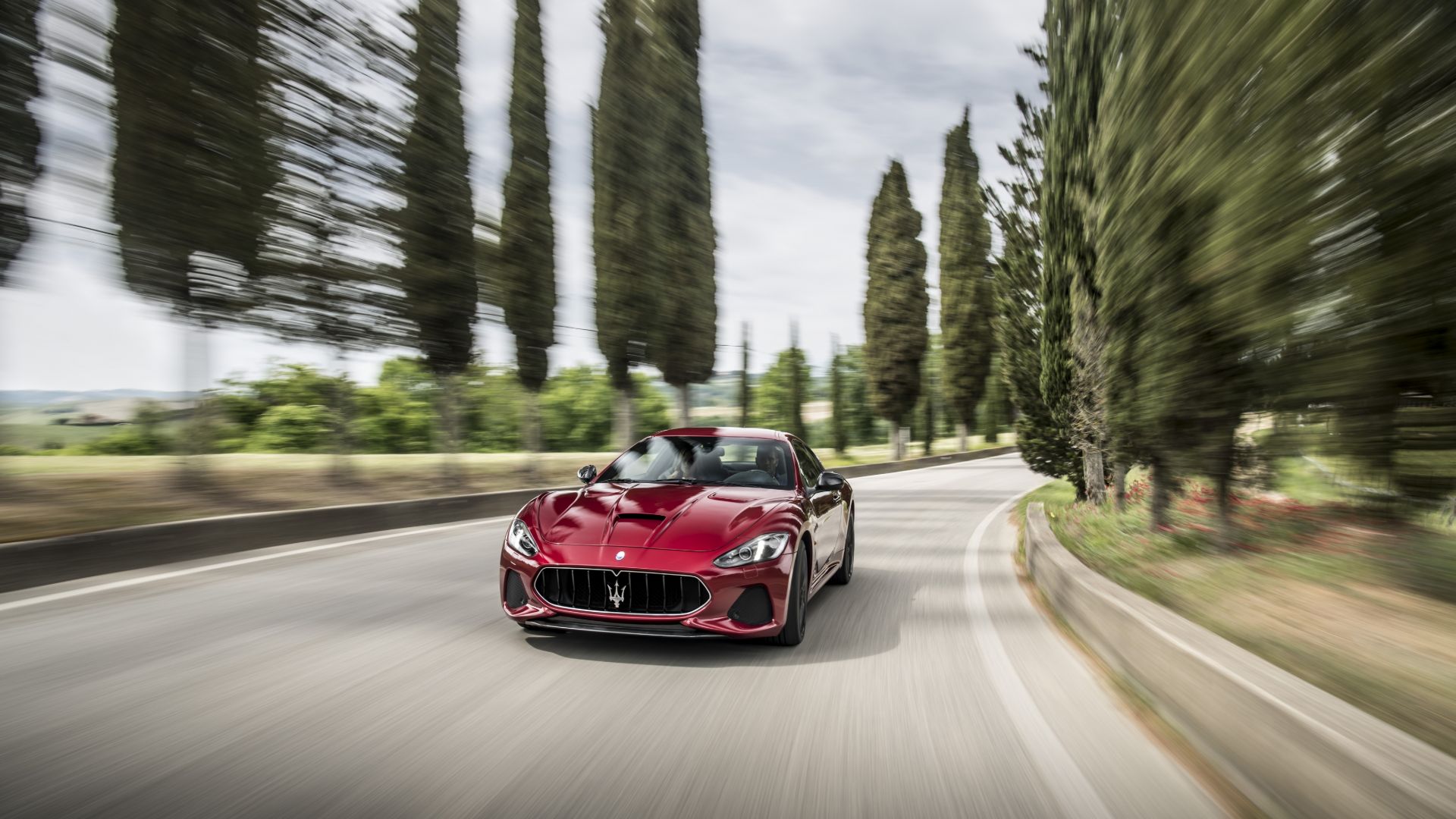 Performance will doubtless be in another league (up to 700hp is mooted), but will it tug at the heartstrings like a GranTurismo MC? We’ll know the answer soon.