The Lexus RX 450h is a luxury SUV with hybrid power. This mid-life update builds on its traditional strengths of comfort, refinement and reliability. 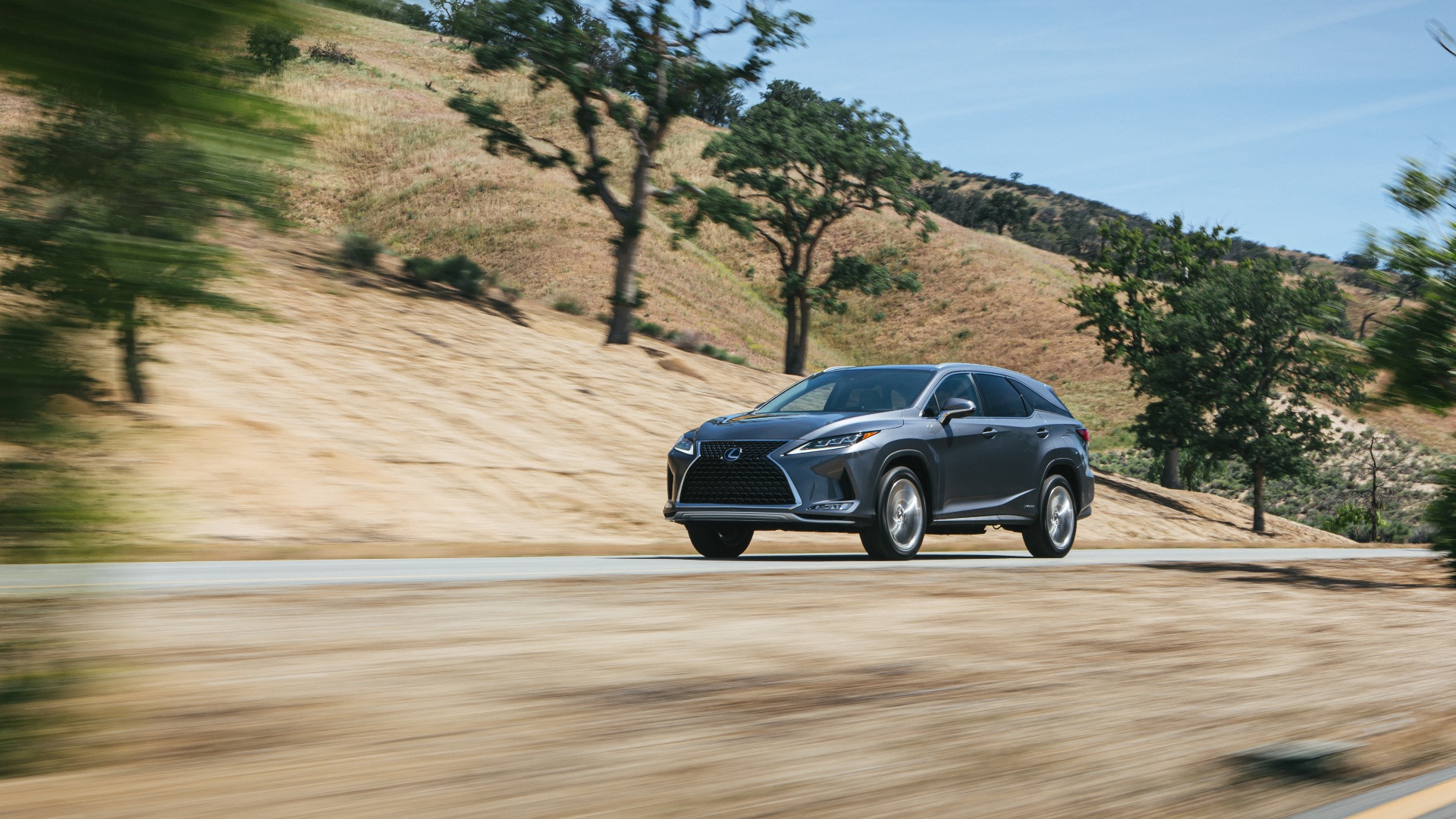 In 1983, Toyota’s CEO challenged his company to build “a car that is better than the best in the world”. The benchmark Eiji Toyoda had in mind was almost certainly the Mercedes-Benz S-Class. And the Lexus LS 400, revealed six years later, duly went above and beyond. Its near-silent V8 and peerless build quality led to many a sleepless night in Stuttgart.

The herculean effort put into the LS 400 makes you wonder if it ever made money. No less than 1,400 engineers were assigned to the project, driving 450 prototypes more than 2.7 million miles. Almost 1,000 development engines were tested, too. Oh, and 24 types of wood were assessed for the interior. This was perhaps the closest a ‘mass-production’ car has come to being built without compromise.

The LS 400 wasn’t simply about being the best, though. Its real raison d’être was to launch Toyota’s then-new luxury brand. Thirty years on, the success of Lexus owes much to this flying start. However, the subsequent RX also deserves much credit. When it debuted in 1997, the RX 300 was the original luxury crossover: an SUV with no pretensions to going off-road. The RX 400h of 2004 was another milestone, offering a hybrid alternative to diesel for the first time in its class. 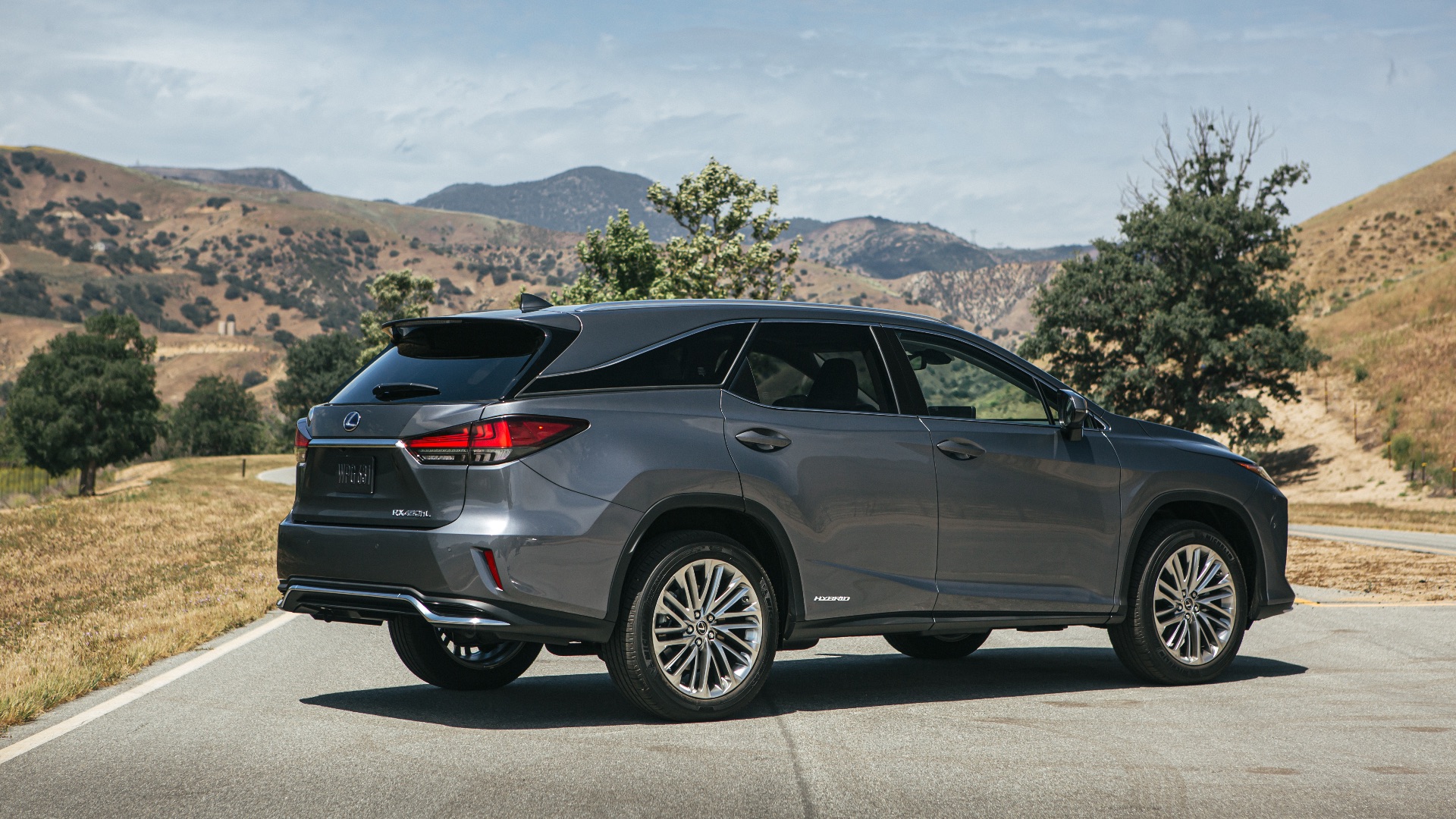 Today, 95 percent of Lexus cars sold in the UK have hybrid power, while the RX is well into its fourth iteration. Which brings me, somewhat circuitously, to the new RX 450h. The time when this SUV had a sector to itself is long gone – competitors include the BMW X5 and Mercedes-Benz GLE – so Lexus has given it a mid-life update for the 2020 model-year.

You could be forgiven for not spotting the differences straight away. Pointier headlights – now with ‘Bladescan’ adaptive high-beam tech – frame a subtly redesigned grille, while the bumpers are better blended with the bodywork. Still, the RX remains a striking design: angular, aggressive and unmistakably Japanese. It looks particularly svelte in F Sport trim, with dark chrome, 20-inch alloys and a sportier chassis. More on that shortly.

The original was launched in 1997. More than three million RX models have been sold since. pic.twitter.com/RN1kSMILa5

Inside, the big news is the arrival of Apple CarPlay and Android Auto, which lets you operate your phone, including music and messages, via the touchscreen (I gave up on the skittish touchpad controller). Quality seems good enough to satisfy even a nit-picking LS 400 engineer, but the cluttered dashboard shows its age. Even if I was perversely pleased to discover a new car that still has a CD player. 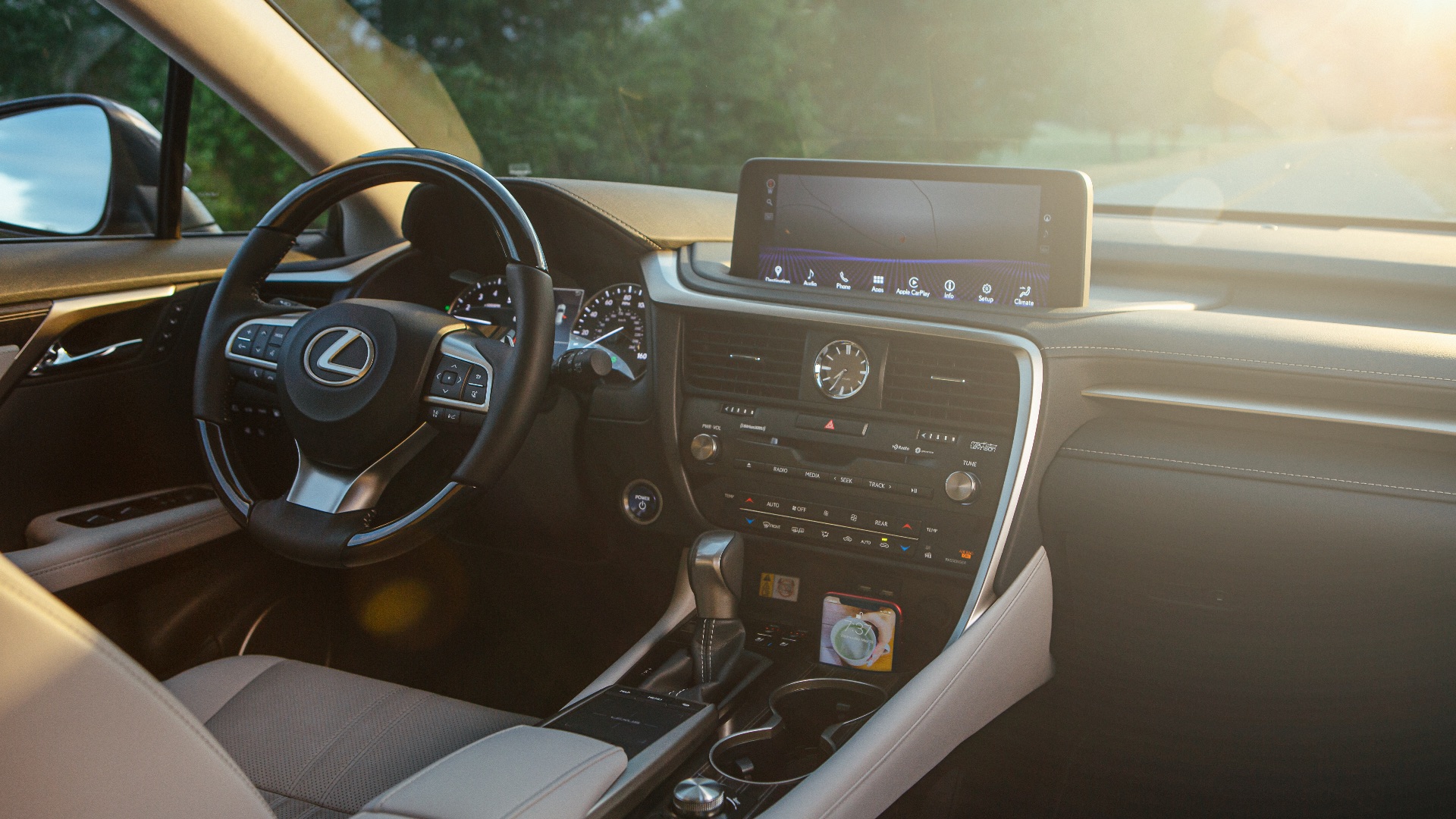 I grab the keys to seven-seat RX 450hL and glide away in silent EV mode. Around town, Lexus says up to 50 percent of driving is electric and emissions-free, although the snarling 3.5-litre V6 kicks in when you reach the open road. The E-CVT gearbox reacts promptly, without the ‘rubber band’ lethargy once a hallmark of hybrids, and a combined 313hp petrol/electric output makes for effortless overtaking. However, while a ride softer than a freshly-plumped pillow is lovely in a straight line, it all goes a bit awry in the corners.

To be blunt, the standard RX feels like a car built for America. And indeed it is – this is the bestselling luxury SUV there by a huge margin. Most UK buyers, however, opt for the F Sport, and rightly so; stiffer dampers and beefier anti-roll bars really transform how it drives. It’s still less engaging than, say, a BMW X5, but it no longer feels you’re grazing the door handles on a rural road.

With public opinion turning against diesel, the RX feels more relevant than ever. As a ‘self-charging’ hybrid, it isn’t as cheap to tax as newer plug-in rivals – particularly for company drivers – but it majors on the original Lexus strengths of comfort, refinement and reliability. The LS 400’s legacy lives on.

The Porsche 911 Turbo is the ultimate 'city' supercar. But it’s also longing to escape – and fast. We drive the 992 Turbo S Cabriolet.
Read more
Previous articleMini adventure: Yiannimize goes rental for Hertz
Next articleLiberal Democrats will cut VAT on electric cars to 5 percent

Unlocked: 2016 Volkswagen Tiguan driven on road (and off it)

We've driven Volkswagen's third biggest seller – but how will it stack up agains the Nissan Qashqai and SEAT Ateca?
Read more

New data reveals how many drivers have lost their licences on medical grounds, with alcohol the top reason for revocation
Read more

Hyundai will suspend all car production in South Korea because of the Coronavirus. It announced the stoppage will take place from 7 February.
Read more

In the years since Britain voted to leave the EU, motoring costs have risen faster than the rate of inflation. We crunch the numbers
Read more

Guide Dogs charity gets a lesson in efficiency from Toyota

As part of a three-year partnership with Guide Dogs, Toyota has improved the efficiency of the charity's harness workshop near Leamington Spa.
Read more
Car News

Brits are putting off repairing their cars

The best-selling car brands in the world

In light of the proposed merger of Fiat Chrysler (FCA) and Renault, we reveal the best-selling automotive brands of the year so far
Read more
Car News

Is Uber worse for the environment than driving yourself?

It’s claimed that ride-hailing can be less eco-friendly than other means of getting to your destination, including driving yourself. We look at the research.
Read more

With a little forward planning and a change of habits, you could shave pounds off your monthly fuel bill
Read more
Advice