The 2020 Honda Jazz is back to its best. Practical as ever, it also has a clever new hybrid drivetrain that helps it mimic its stylish Honda e baby brother 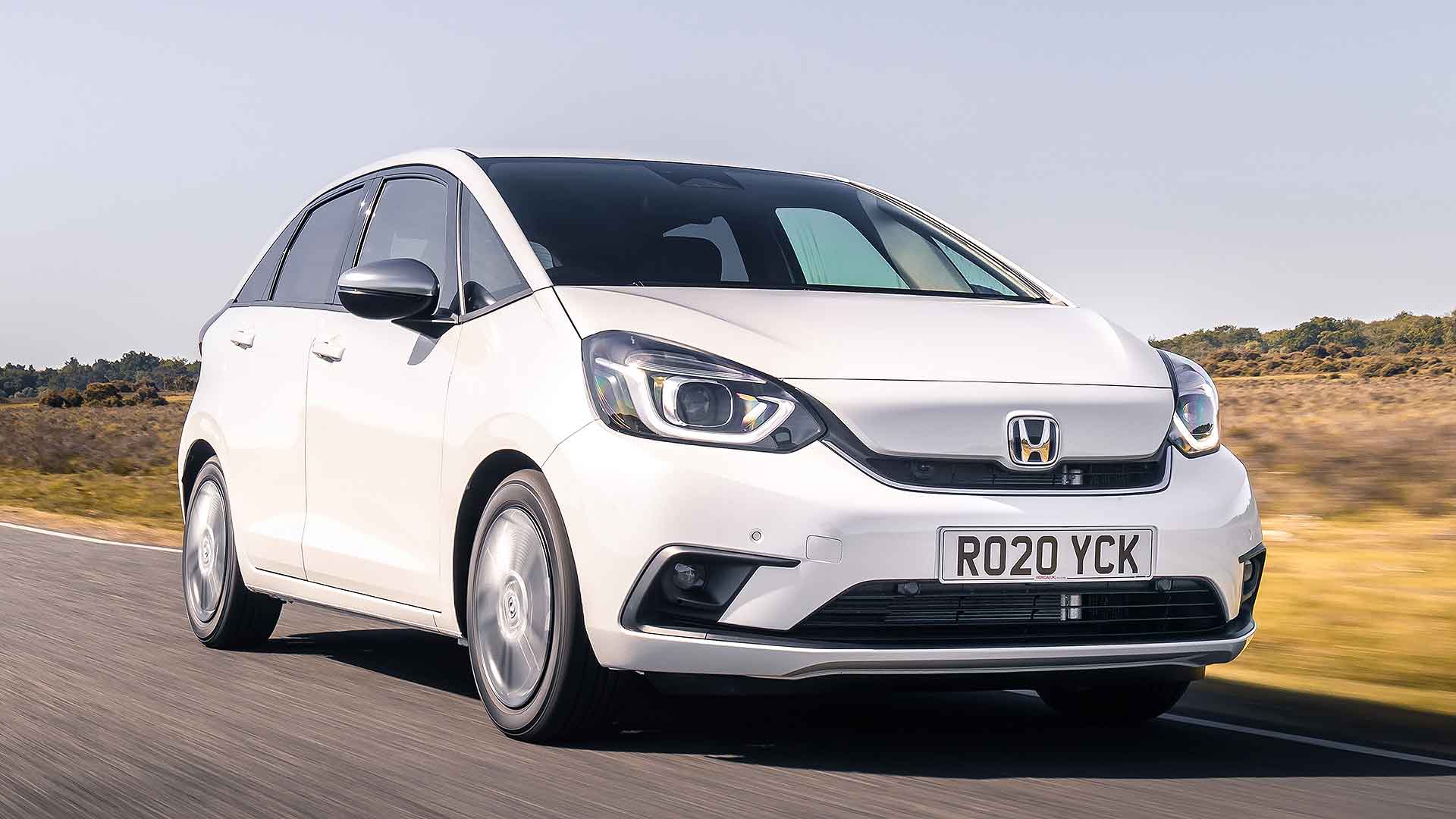 The new Honda Jazz is back to being a proper Honda. The outgoing Jazz felt too cheap and tinny to live up to its quality reputation. This one returns to the principals of quality, spaciousness and practicality that made previous Jazz so popular.

It’s clever, too. It has a two-motor hybrid system so ingenious, it doesn’t even need a gearbox. The engine drives a generator, not the wheels: this send electricity to a drive motor, allowing this petrol car to mimic an EV whenever it can (and that’s often).

It looks smart, with a modern front end. The interior’s come on leaps and bounds. It is as ingeniously roomy and practical as ever. Enough to justify raised list prices that now start from a rich £18,980 (we drove the EX model, priced at £21,380)? Let’s find out.

Does it still have Magic Seats? 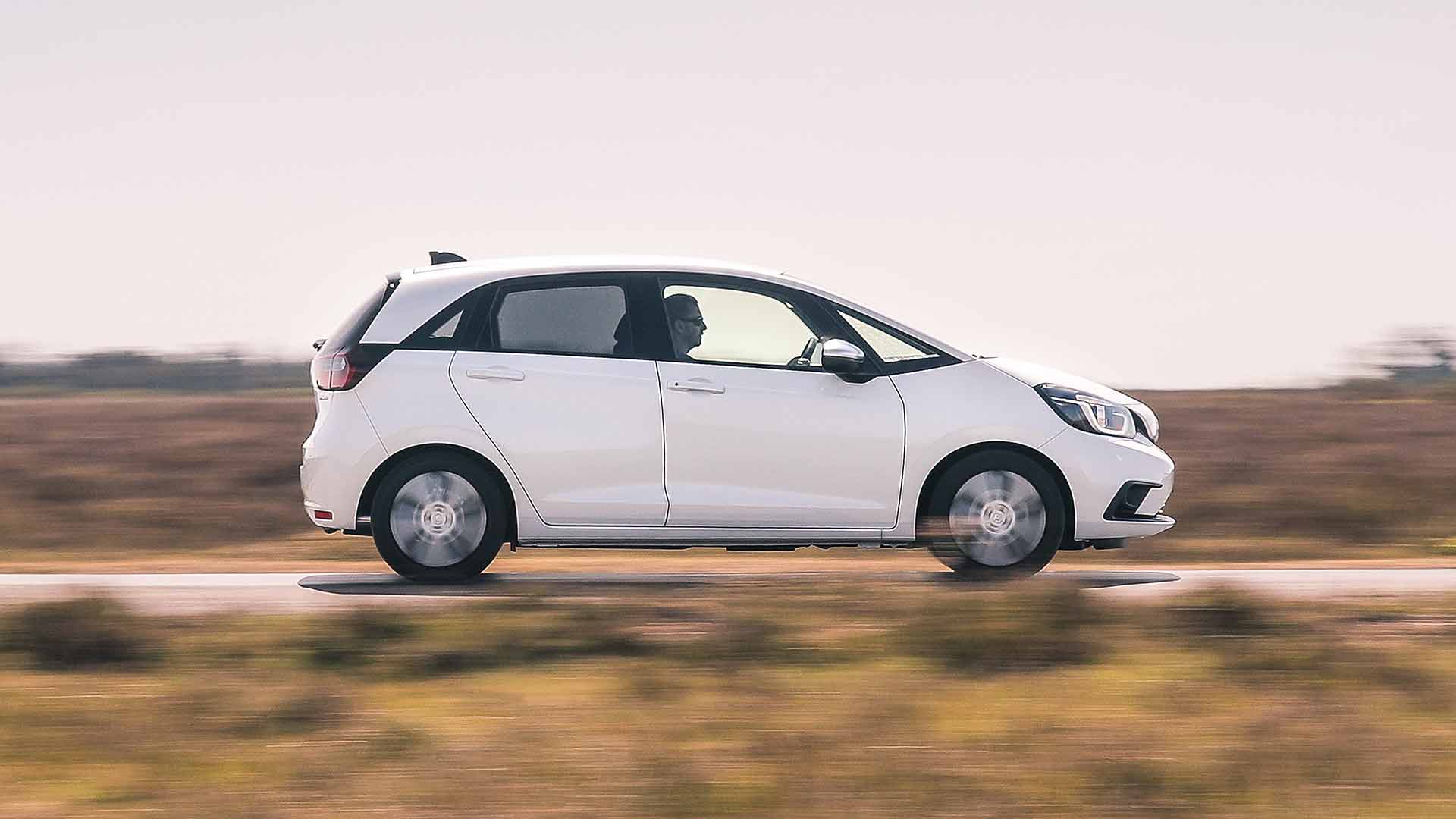 The new Jazz does still have Magic Seats. You can flip and fold them up, like collapsible dining room chairs, to magic up space in the rear to swallow a bicycle. But they also fold flat into the floor like origami, turning the Jazz into a van.

They are a key USP of the Honda supermini and are made possible by a fuel tank located under the front seats, not the rear. It’s also why boot space, seats down, is almost on a par with a Volkswagen Golf, at 1,205 litres.

Seats up, it has 304 litres, little better than a Ford Fiesta (visually, the load bay ‘looks’ short and small, albeit deep), but there is a plastic cubby beneath the boot floor to hide things in. 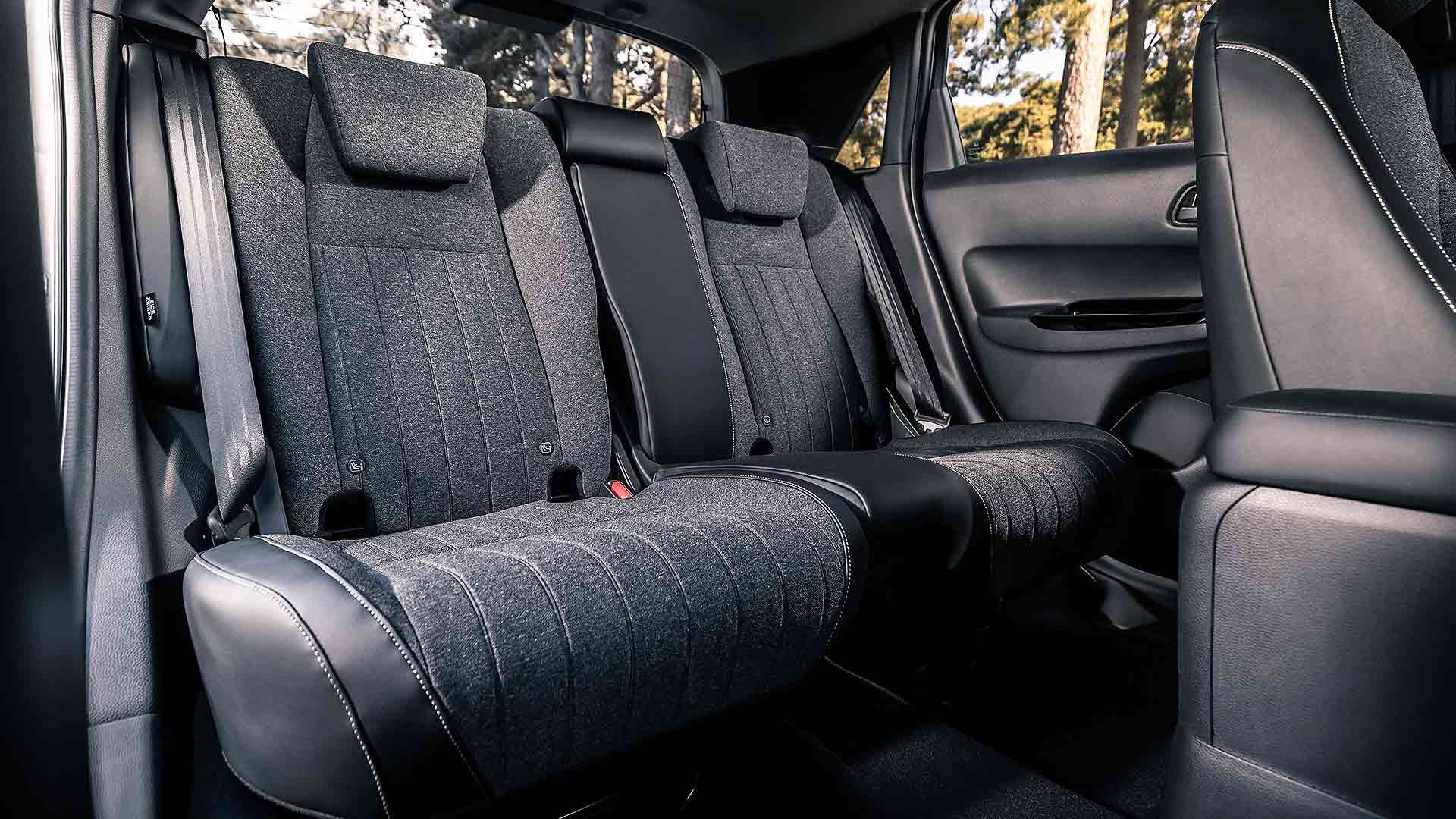 Needless to say, there’s a terrific amount of space with them up – adults have large car legroom, even with the driver’s seat slid right back. It’s remarkable, how spacious it is back there.

The rear seat is also really comfortable. Depressingly, this isn’t always a given, where passengers are sometimes left with hard, unsupportive jump seats.

Honda instead has supportive, cushioned, ample seats that adults wouldn’t baulk at sitting in for 150 miles at a time. Who needs that executive saloon?

It still looks like a Jazz in the pictures, too 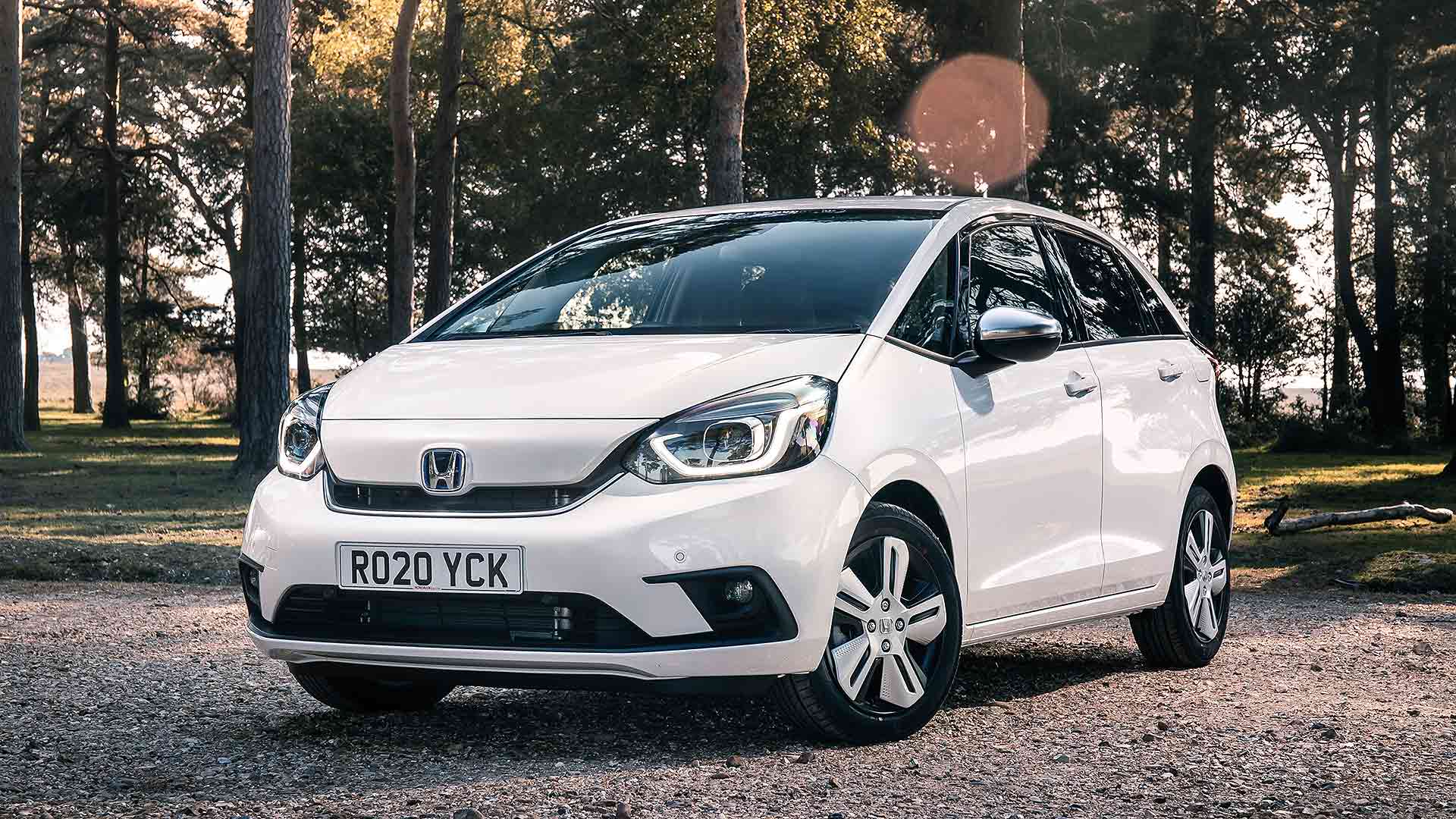 This is the fourth generation of Jazz and, unlike the Civic, Honda has stuck to the same formula each time. It’s a so-called ‘monobox’, or a box on wheels, with a sticky-out bit at the front for the engine.

But it looks more different in the metal than you might think. The cute headlights, with their inset LED light squiggle, resemble a Honda e in passing. There’s curvature, whereas before there were shear angles.

It looks modern, and instantly ages the old one.

Is it still disappointing inside? 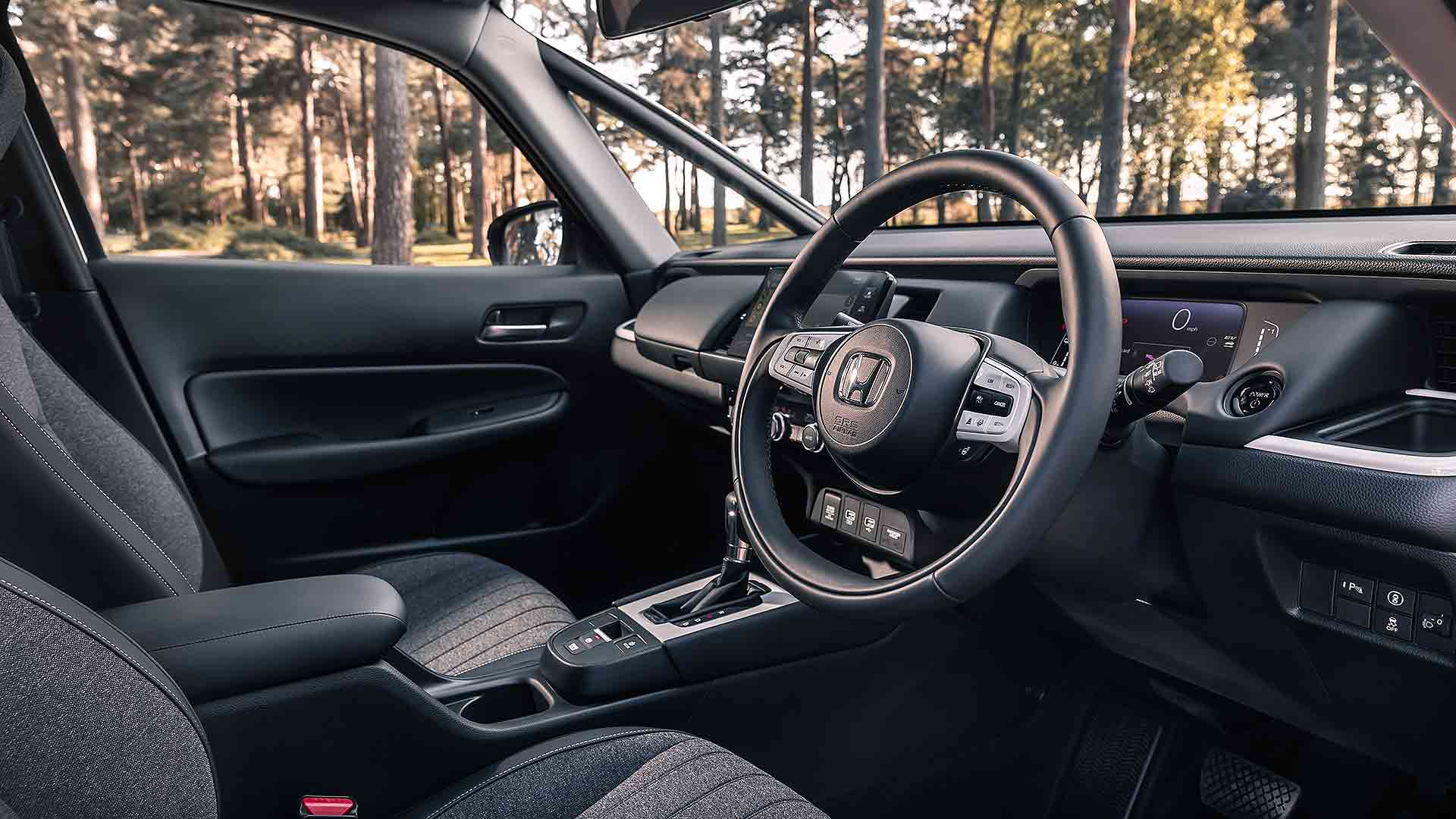 The old Jazz was downmarket and tinny. Not what you expect from a Honda. This one is back to normal, with a quality feel, shine-free surfaces and general solidity.

The central screen uses the all-new infotainment system seen in the Honda e, and is infinitely better for it. The dial pack ahead of the driver is electronic too – complicated, certainly, but undeniably comprehensive. The rest of the dash has been nicely decluttered.

The two-spoke steering wheel, with its ivory-coloured buttons, is straight out the Honda e, and gorgeous.

What’s with those fancy windscreen pillars?

Instead of one big thick pillar, the Honda Jazz has two thin ones, and an enormous triangular piece of glass in between.

This difference this makes to visibility is extraordinary. You now have almost a panoramic view at junctions (a 90-degree forward view, claims Honda), and it feels much airier inside too.

Honda’s even made a styling feature of them by blending the bottom into the top of the front wing.

Does the hybrid drive work? 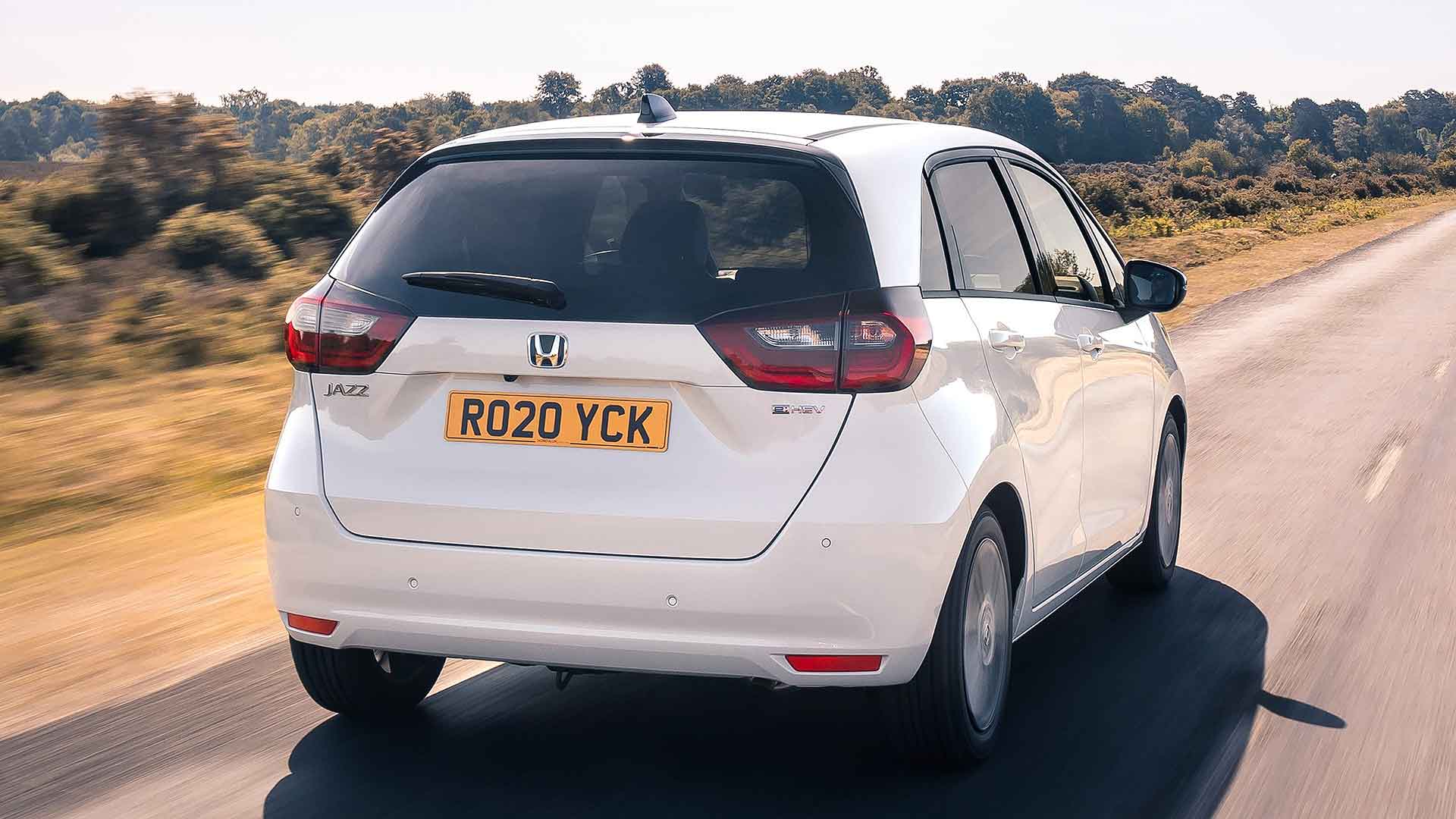 The Honda e:HEV system is ingenious. We could talk at length about nerdy details, but will spare you. In practice, it creates a petrol car that drives as much as it can with the green ‘EV drive’ light in the dashboard glowing.

Because it’s primarily electric, with the petrol engine only supplying the electricity, it leaps off the line smartly. And no gearchanges means seamless acceleration until you lift off.

Two-pedal automatic is, of course standard. Just be careful not to pull the lever back into ‘B’ rather than ‘D’ (it’s surprisingly easily done): when you lift the accelerator, you’ll get more battery-charging regeneration, rather than gentle coasting.

On twisting roads, the petrol engine runs constantly – and cleverly mimics regular automatic gearchanges, rather than wailing annoyingly away at constant revs like less sophisticated systems.

0-62mph acceleration in 9.4 seconds is gutsy on paper but it feels even stronger than this. And economy? After two hours of scooting around on mixed roads, we saw an average of 62mpg recorded. Convincing indeed.

How well does it mimic an EV? 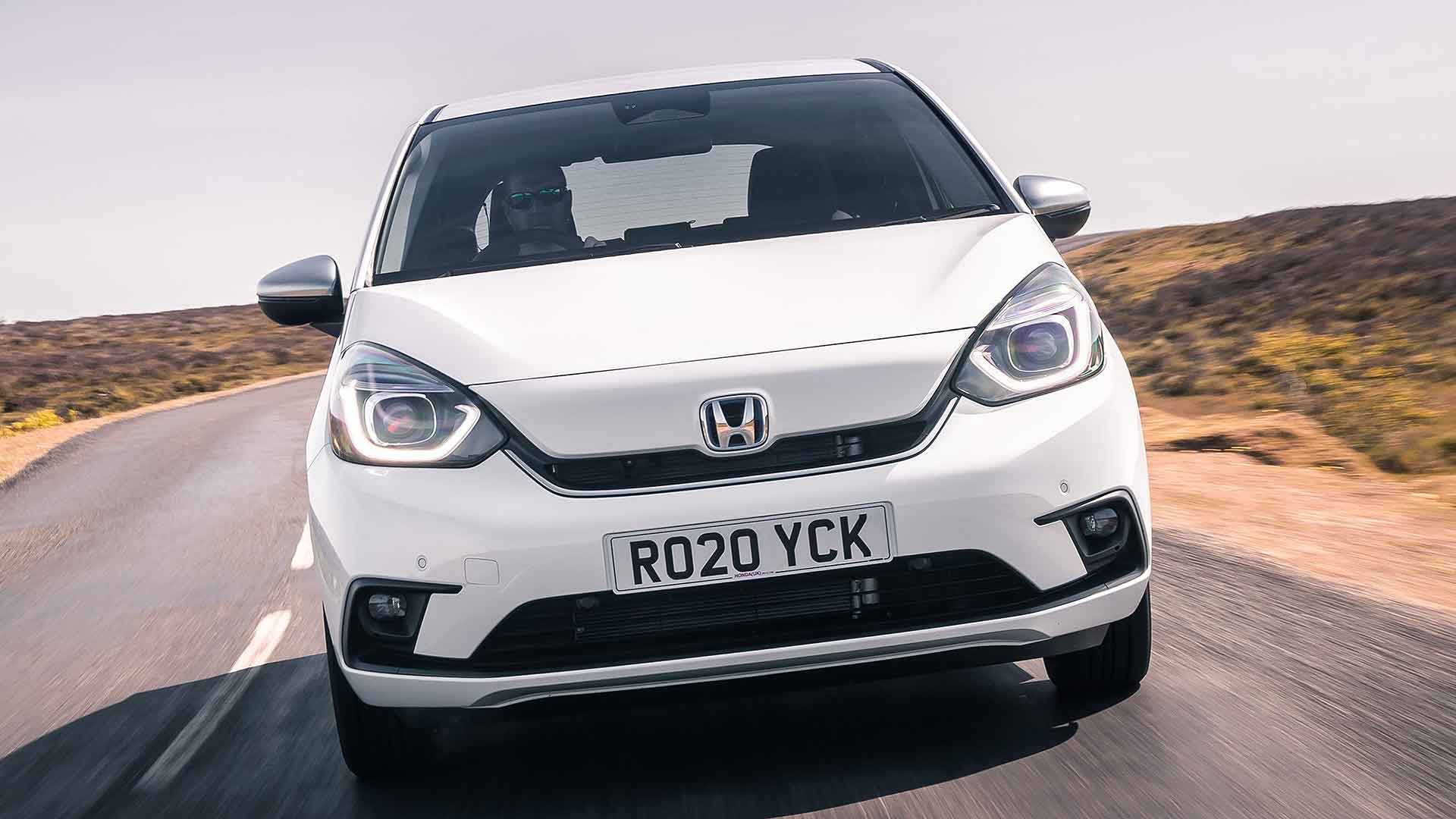 It’s nice to use, too. There’s a linear response to the accelerator: press it more, and you get more surge (thanks to the electric motor’s punch), without more racket. Not always the case with small cars.

If you drive it with lead feet, the engine will roar, like in a Toyota hybrid. But most of the time, it won’t be doing this, and the silent-running advantages in town should outweigh it. 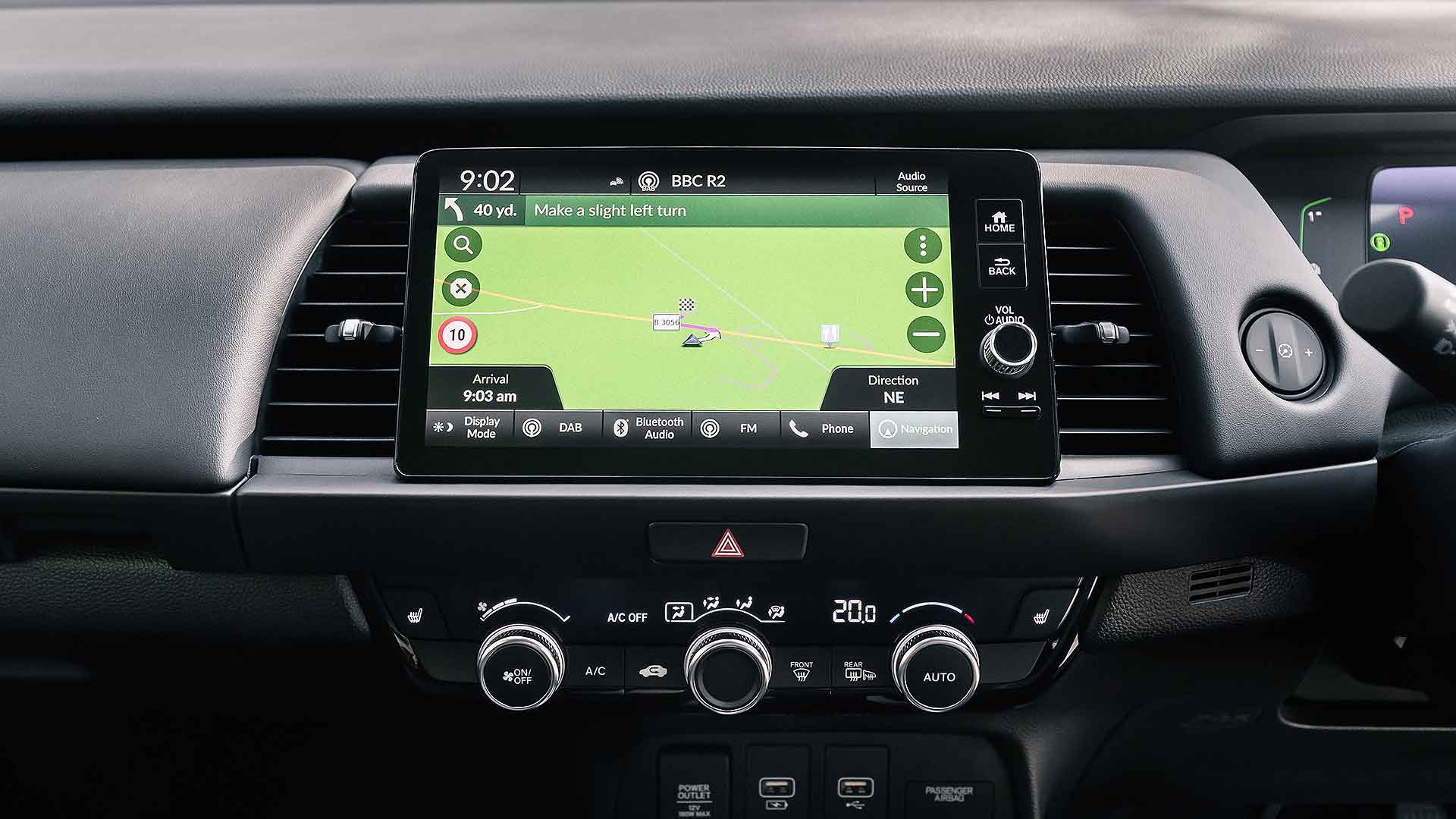 The old Jazz felt cheap and bimbly. This one is more robust and substantial. It’s quieter overall, there’s less shudder from road bumps (although it’s still choppy around town) and it feels more stable and planted. It’s surprisingly good at motorway speeds, in fact.

For a small car, it’s good: not in the same class as a fine-riding, beautifully-handling Ford Fiesta but, given its height and full focus on practicality, it’s unlikely to jar anyone stepping from another car.

Existing Honda Jazz owners are going to think all their Christmases have come at once. 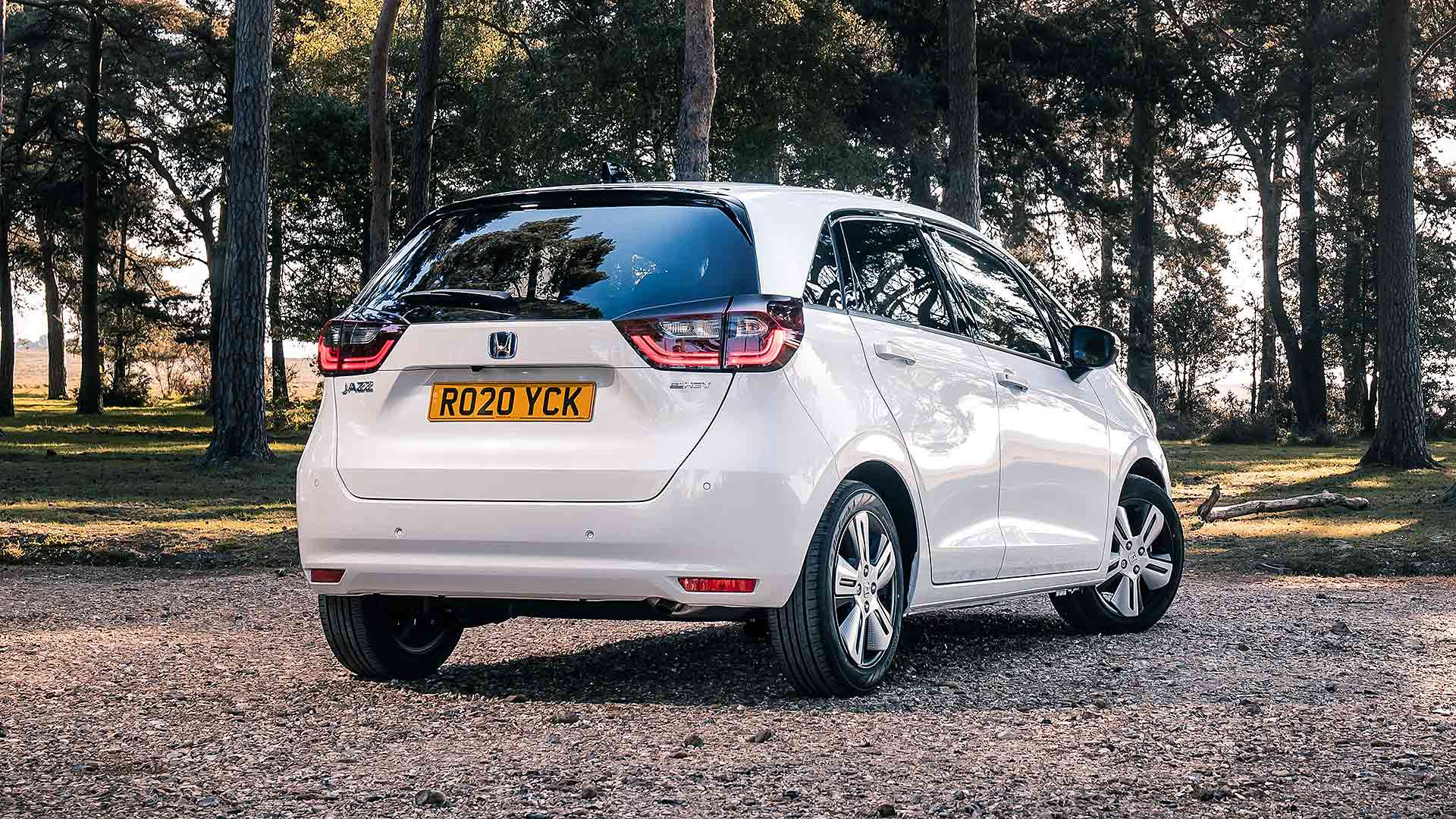 These days, a basic five-door Ford Fiesta with a weedy engine costs £16.5k. so from £19k for the new Honda Jazz isn’t so much of a shock, given standard hybrid and a lot of standard equipment.

The surprise will come to those lumbered with the old one, which was an authentic Jazz in terms of looks and space… but built down to a budge that made it feel cheap.

This one rectifies that. Better still, it brings in an ingenious hybrid drivetrain that really works. A worry-free electric car impersonator that you don’t even have to plug in.

With perfect practicality, a back-up-to-scratch drive and a genuinely welcoming cabin, the allure of the Honda Jazz has returned at last.