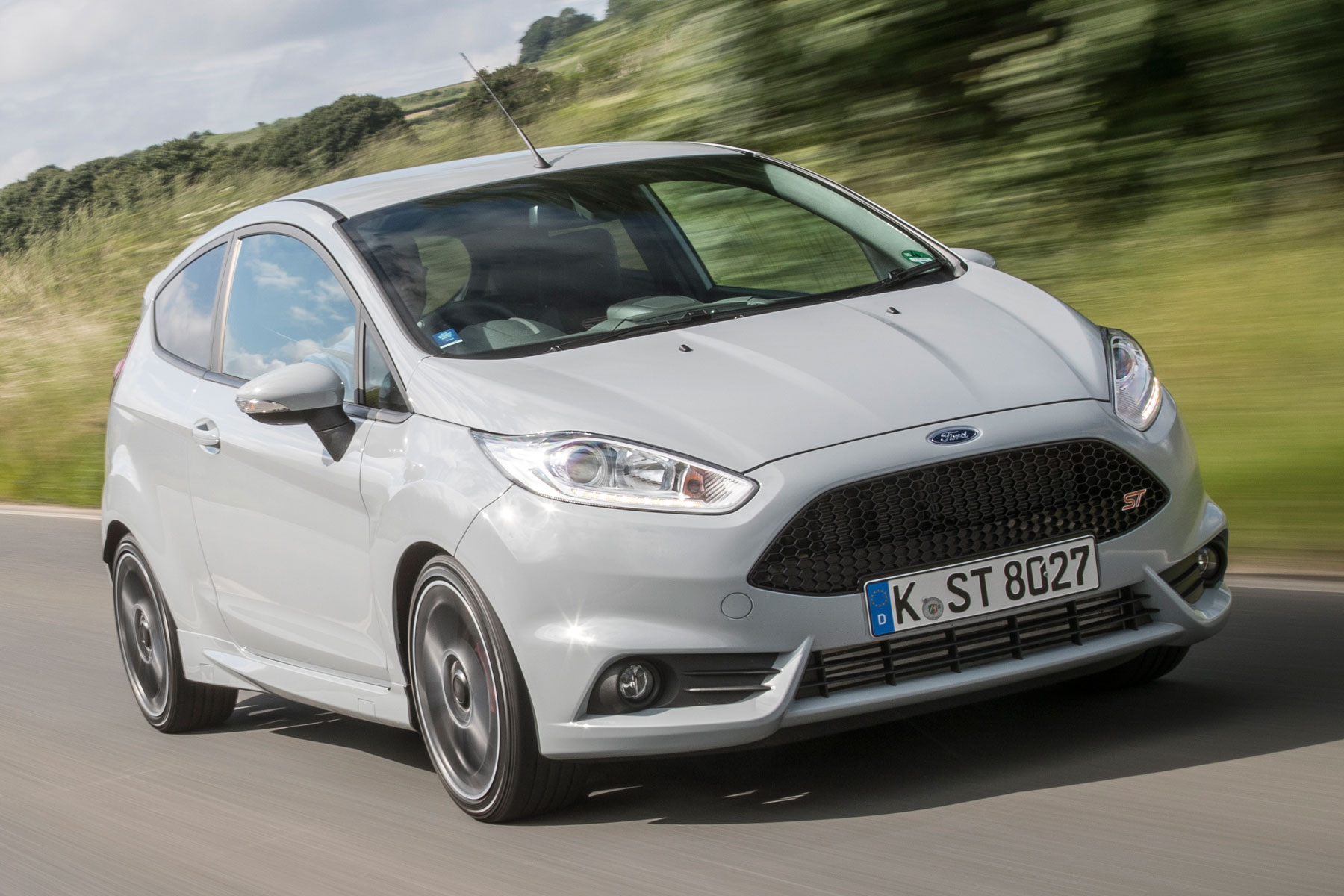 It’s three years now since the brilliant Fiesta ST was launched. And while nothing has come along and knocked the plucky Fiesta off its perch as number one hot hatch of this size in that time, Ford decided it was time to give the ST a little extra. Coinciding with the Fiesta’s 40th anniversary (so call it a 40th anniversary special edition if you like), the Fiesta ST200 comes with more power, more torque, tweaked suspension and a shorter final drive. Is this the ultimate Fiesta ST? 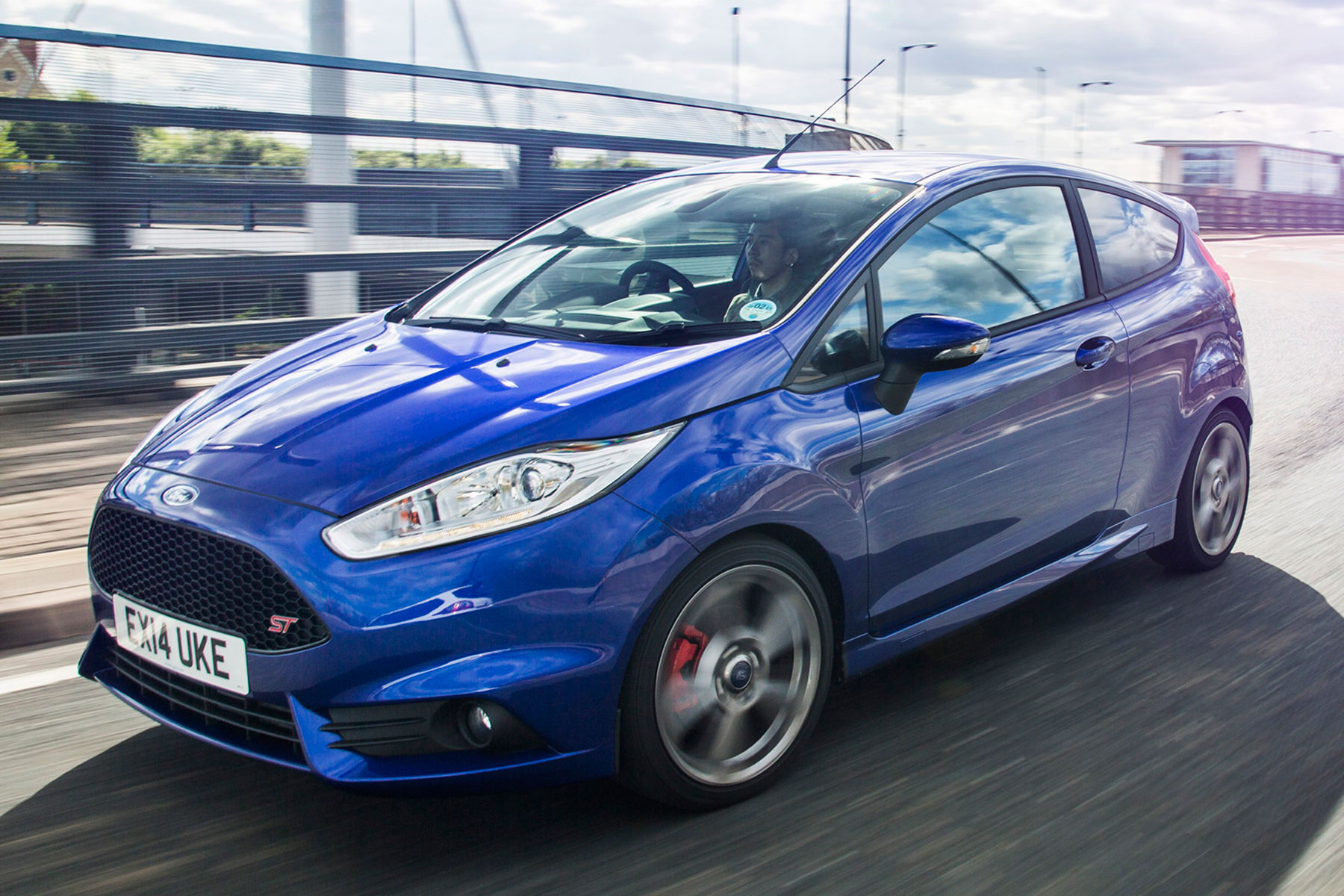 Sure, there are the Fiesta ST’s conventional rivals such as the Renaultsport Clio 200 and Peugeot 208 GTi, but we already know the regular ST beats them. Its real competition comes from within – in the form of the Fiesta ST tweaked by Mountune. That comes with 215hp, more than the ST200 (on paper – we’ll come onto that) for just £599 over the regular model. 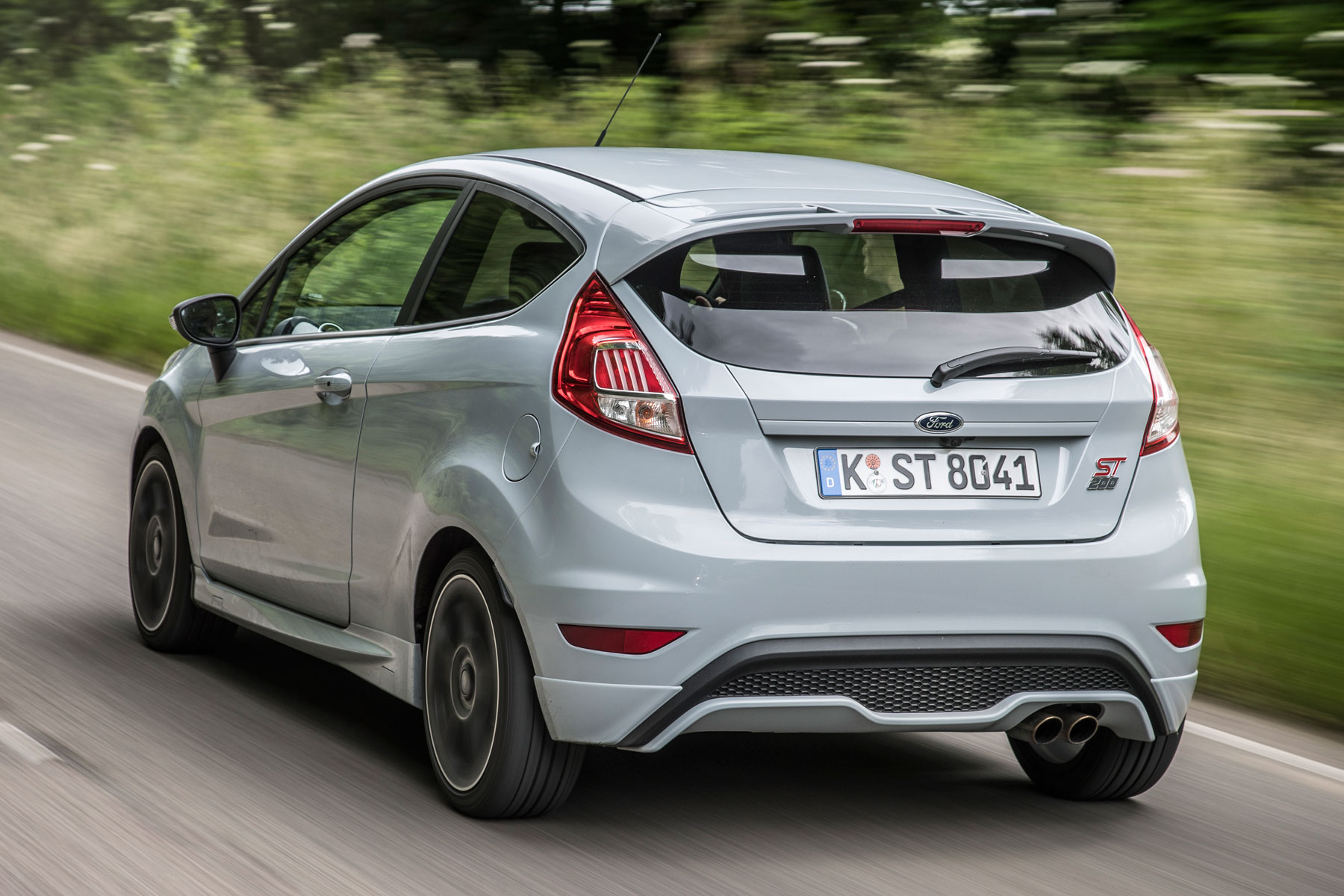 But there’s more to the ST200’s performance than that 200hp figure suggests. Like the regular ST, it comes with an overboost function. This boosts power to 215hp for 20 seconds, while torque increases by 22lbft. In reality, that means the ST is pretty much a 215hp car – how often do you keep your foot on the accelerator for more than 20 seconds in the UK?

Needless to say, it’s quick. The official 0-62mph time of 6.7 seconds shaves 0.2 seconds off the regular car. If Autobahn cruising is your thing, that shortened final drive results in a 143mph top speed (in a Fiesta!). It also sounds fantastic, while acceleration comes in pretty much any gear – meaning you don’t have to drop down should you wish to overtake. You probably will, though, as the gearbox features the same short throw and slick feel as the regular ST.

The Fiesta ST’s party piece is its handling. On twisty, bumpy, broken British roads, there’s very little that’ll keep up with the ST200. It’s an absolute hoon. The regular model has recently had its steering revised, and it provides levels of feedback that we’re just not used to from electronic power-assisted steering.

It feels like an old-school hot hatch, with true throttle adjustability and compact dimensions that make it really easy to hustle along. A thicker front anti-roll bar ensures the ST200’s turn-in is wonderfully accurate, while revised dampers provide a slightly firmer but not overly harsh ride. 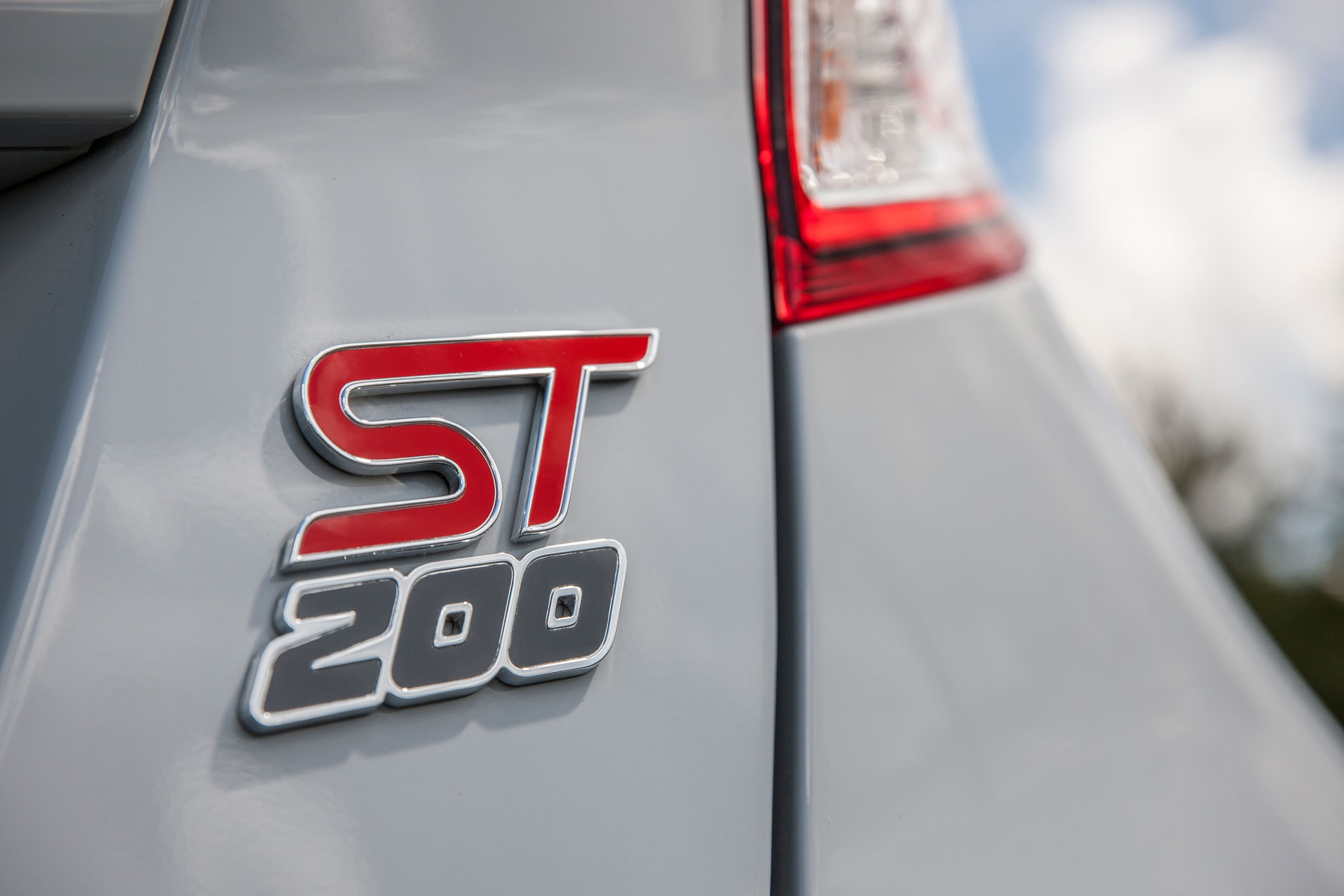 That extra power means fuel economy has taken a knock – but it’s far from bad. It officially returns 46.3mpg, while CO2 emissions are 140g/km. It’ll cost £130 a year to tax (the same as a regular Fiesta ST), while servicing should be fairly reasonable at Ford dealerships. 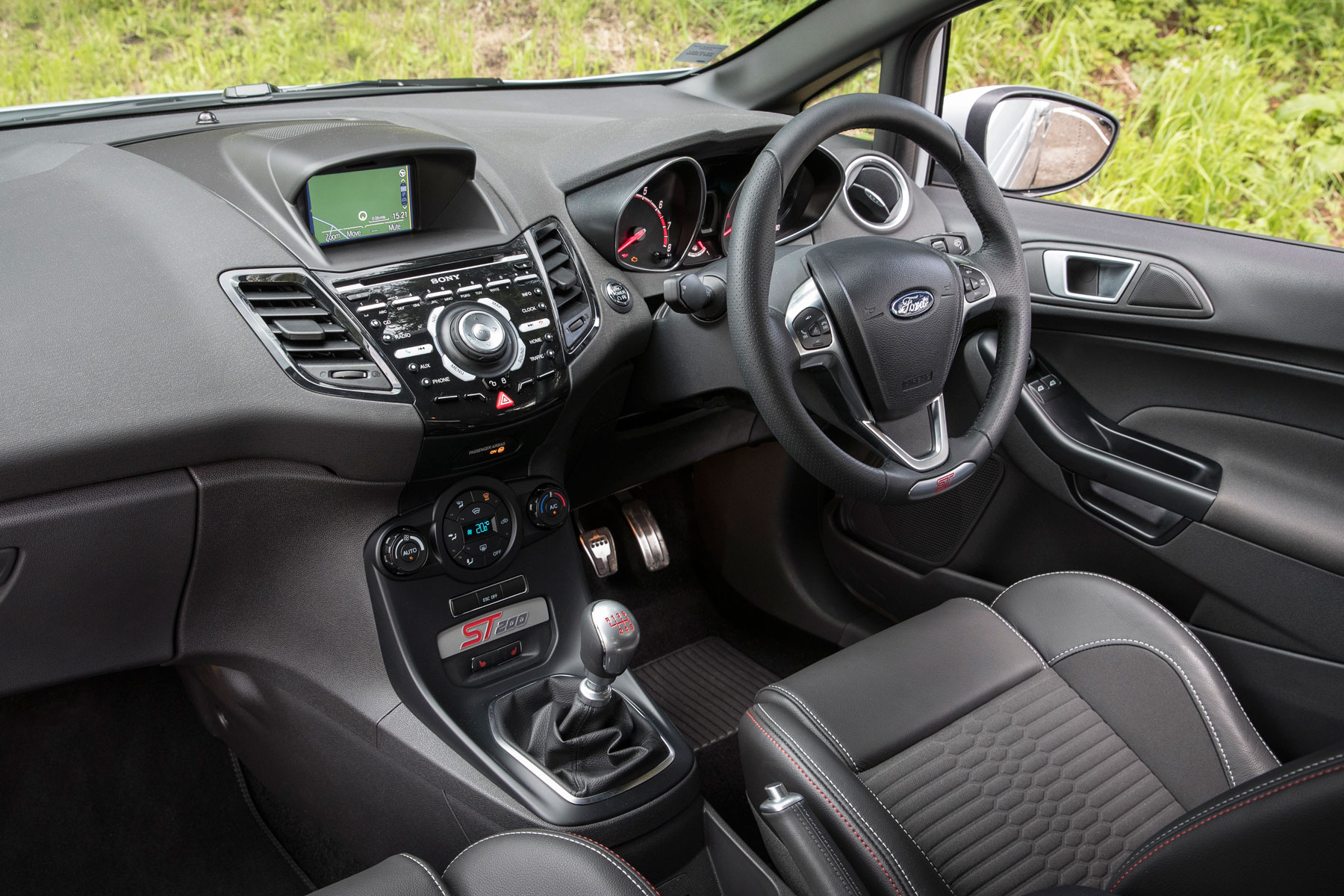 The ST200 is no less practical than a regular Fiesta. That means you can squeeze in four passengers (five at a push) and there’s more room in the boot than, for example, a Mazda MX-5. But that’s the beauty of hot hatches compared to out-and-out sports cars.

Inside, the ST200 comes with unique Recaro front seats that some might find borderline firm. But this isn’t meant to be a cosseting car. More of an issue is the dash, which is starting to look very dated – with a tiny infotainment screen and lots and lots of buttons. 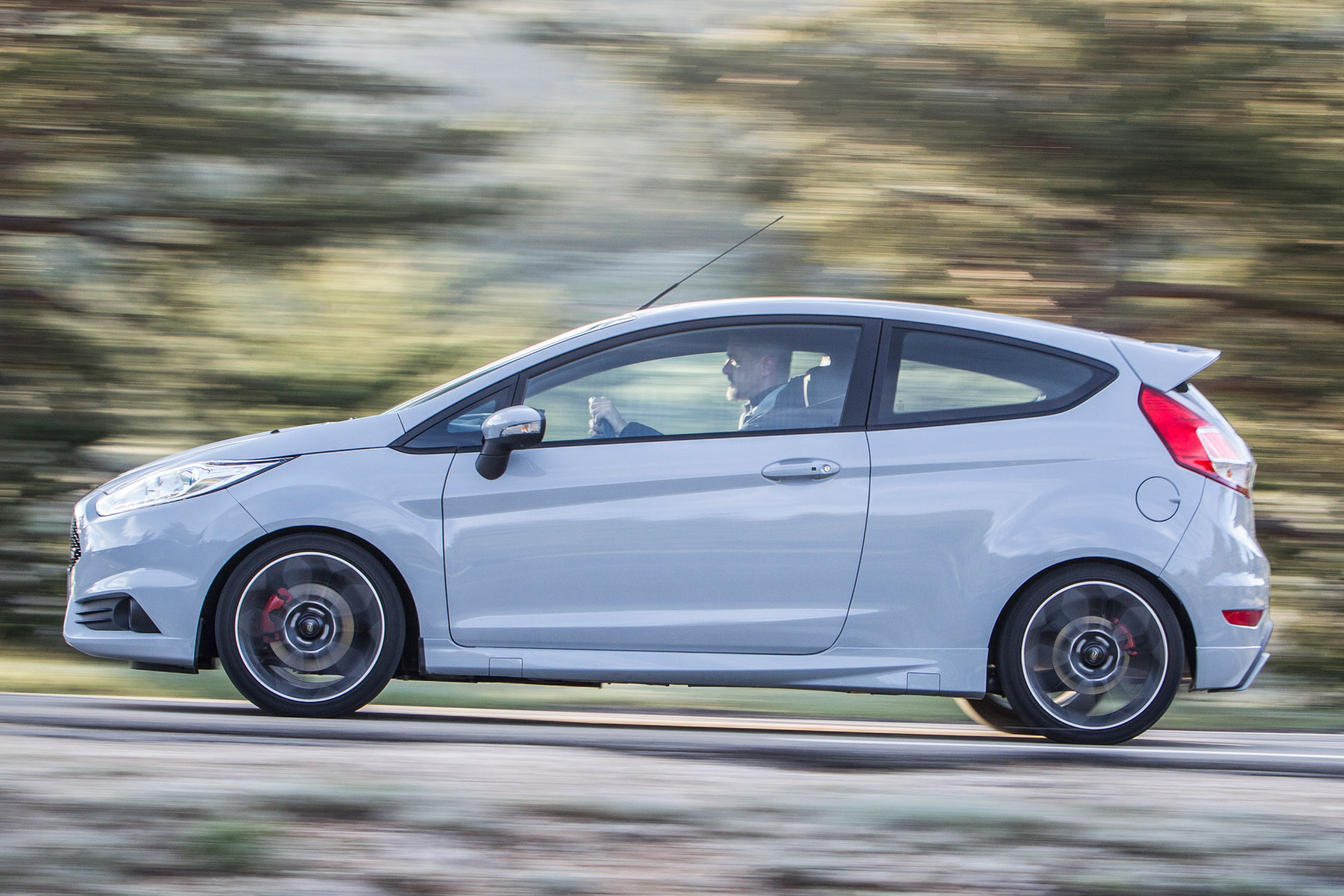 When tested by Euro NCAP in 2012, the regular Fiesta was awarded a five-star safety rating. There’s no reason why the ST200 should be any less safe – apart from the fact you can be going very fast, very quickly. Not a car for 17-year-olds then, but it has got Ford’s clever ‘MyKey’ feature that can be used to enforce a speed limiter. 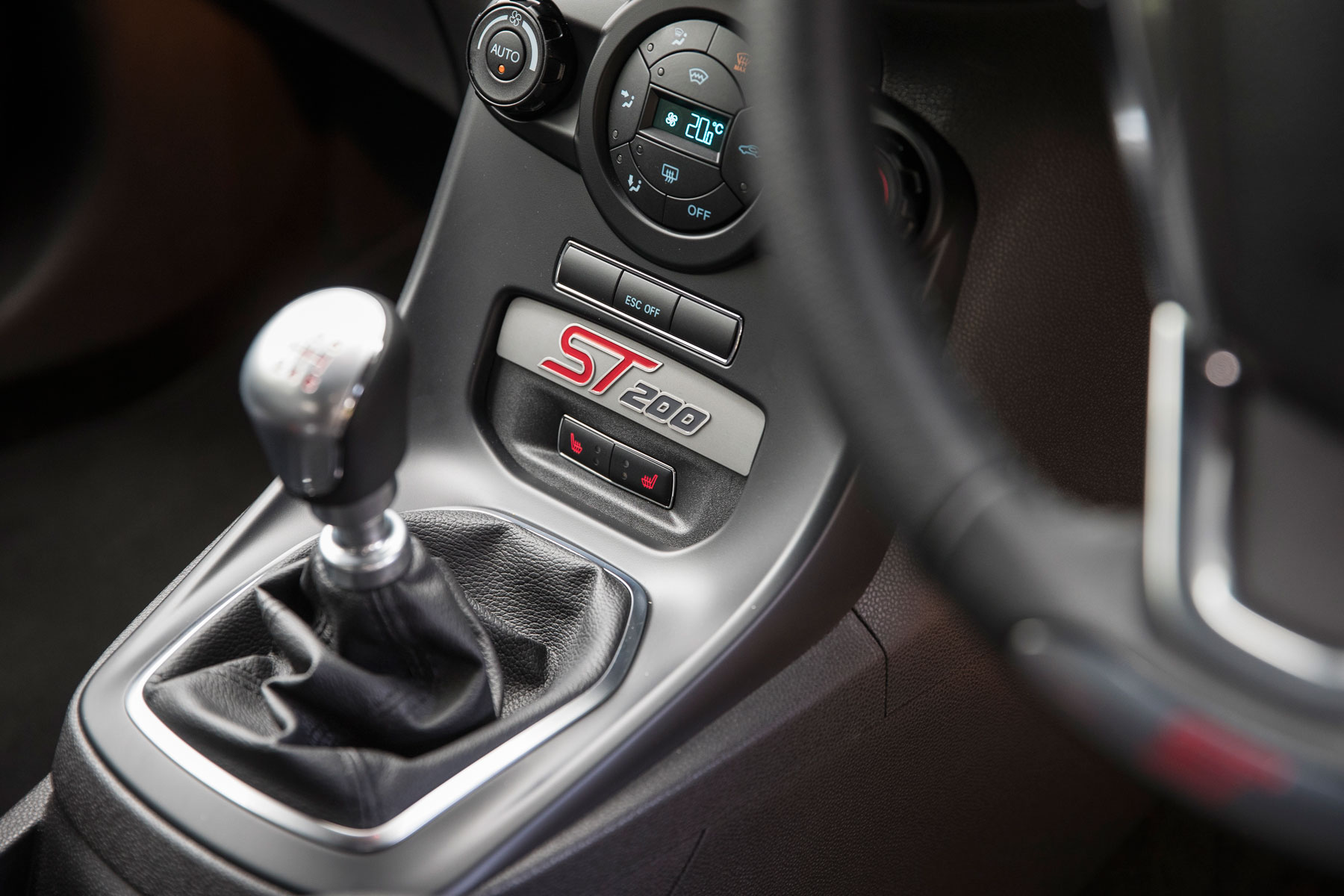 Initially, the ST200 was limited to just 400 models, all finished in distinctive Storm Grey. But demand has been so great that production has been increased. As many as 1,000 could be sold, product manager Pierre Bonnet told us. 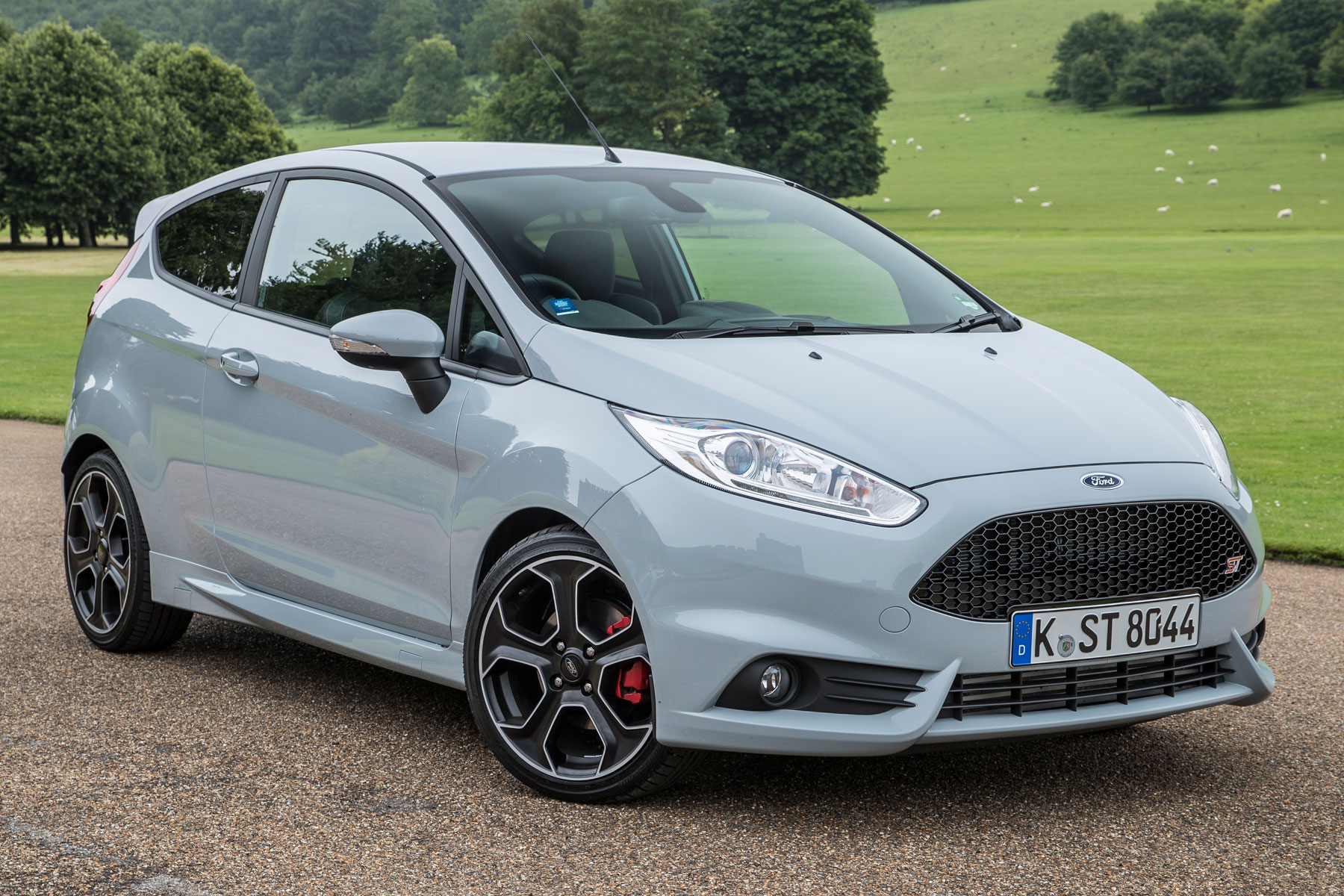 We’ll make no bones about it – we’re huge fans of the Fiesta ST200. We nearly stopped off at a Ford dealer on the way home, that’s how much we enjoyed driving it.

But, if you can justify it (and live with the dated interior), you’ll absolutely love the ST200. It’s the ultimate Fiesta ST, which itself is the ultimate affordable hot hatch (and arguably more fun than bigger hot hatches such as the Volkswagen Golf GTI). It looks great in Storm Grey, and you’ll be given a great deal of kudos turning up at fast Ford meets in one. You could almost look at it as an investment. 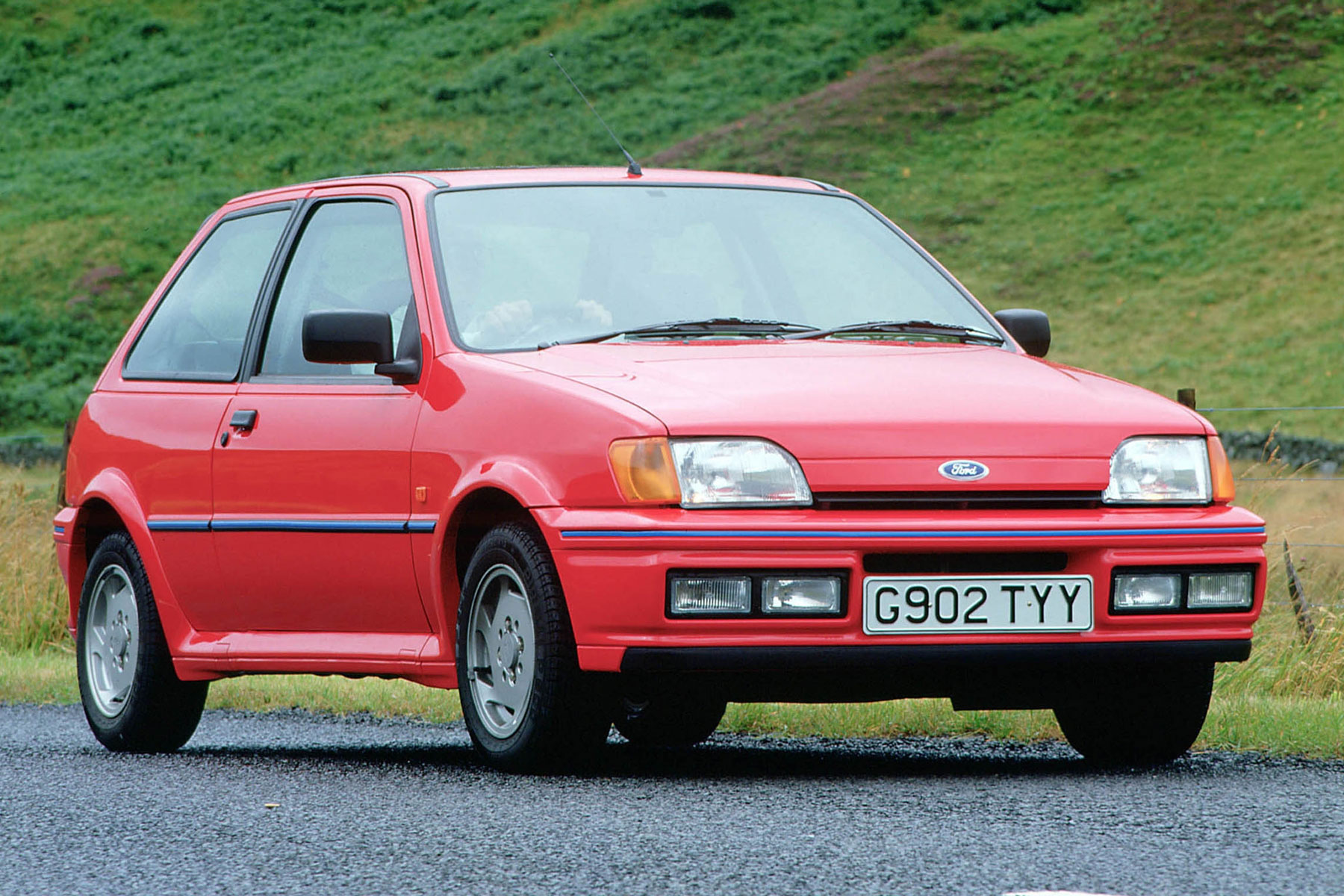 The Fiesta ST200’s 1.6-litre EcoBoost engine boasts 200hp (before the overboost kicks in) – that’s twice the power offered by its Fiesta XR2 ancestor.