With laser headlights and even more V10 firepower, the LMX was the ultimate original Audi R8. We revisit this rare and rousing modern classic. 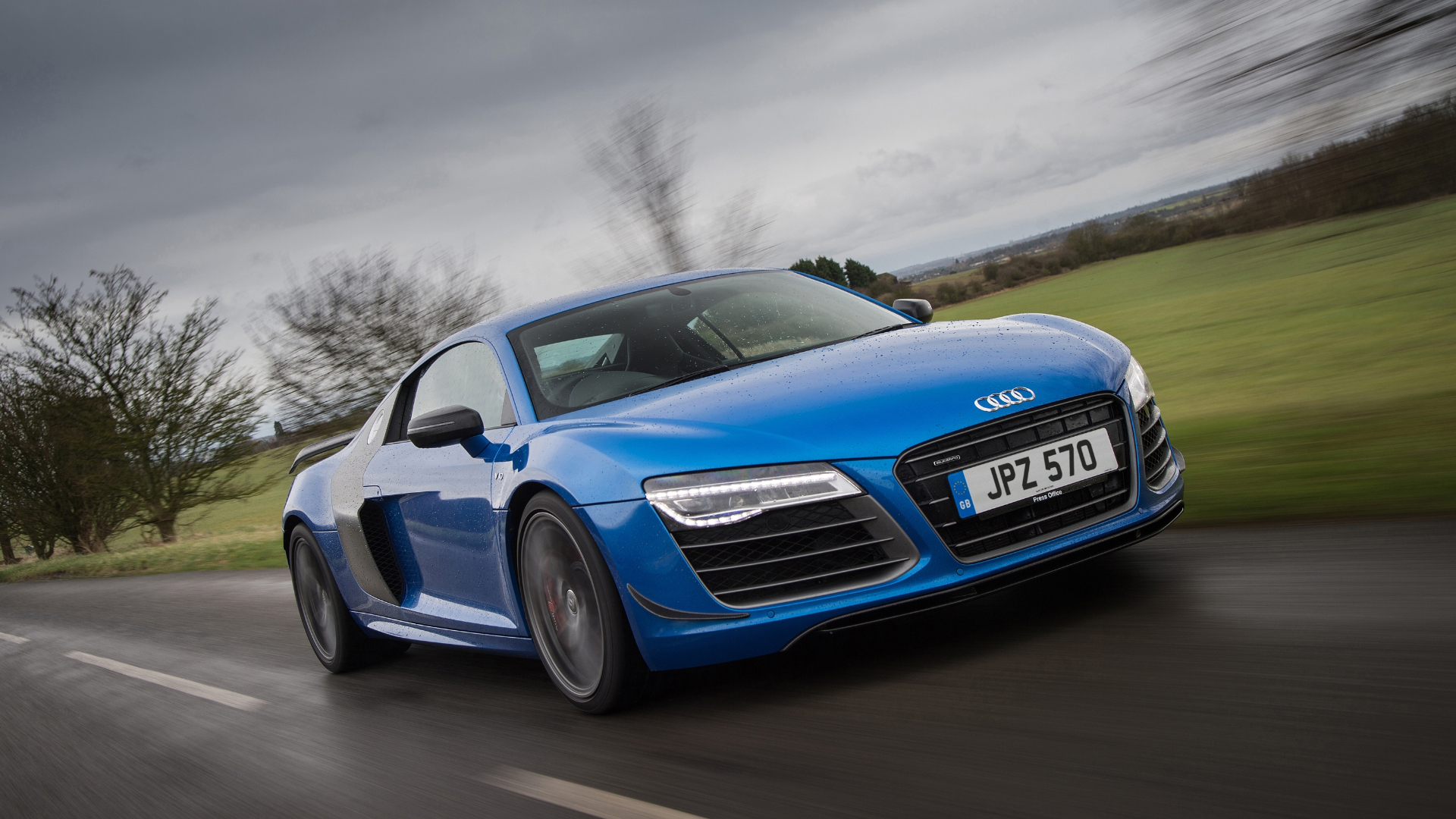 The first supercar I ever drove was an Audi R8. It was the V10 version, with an open-gate manual ’box like a Ferrari.

The venue was Millbrook in Bedfordshire, a motor industry test-track with an ‘Alpine route’ that replicates an incredible mountain road. Writing for Which? at the time, I was more accustomed to testing family hatchbacks, so the 550hp Audi fairly blew me away.

The marshals at Millbrook were less impressed: I was shown a yellow flag and ordered to slow down or go home. 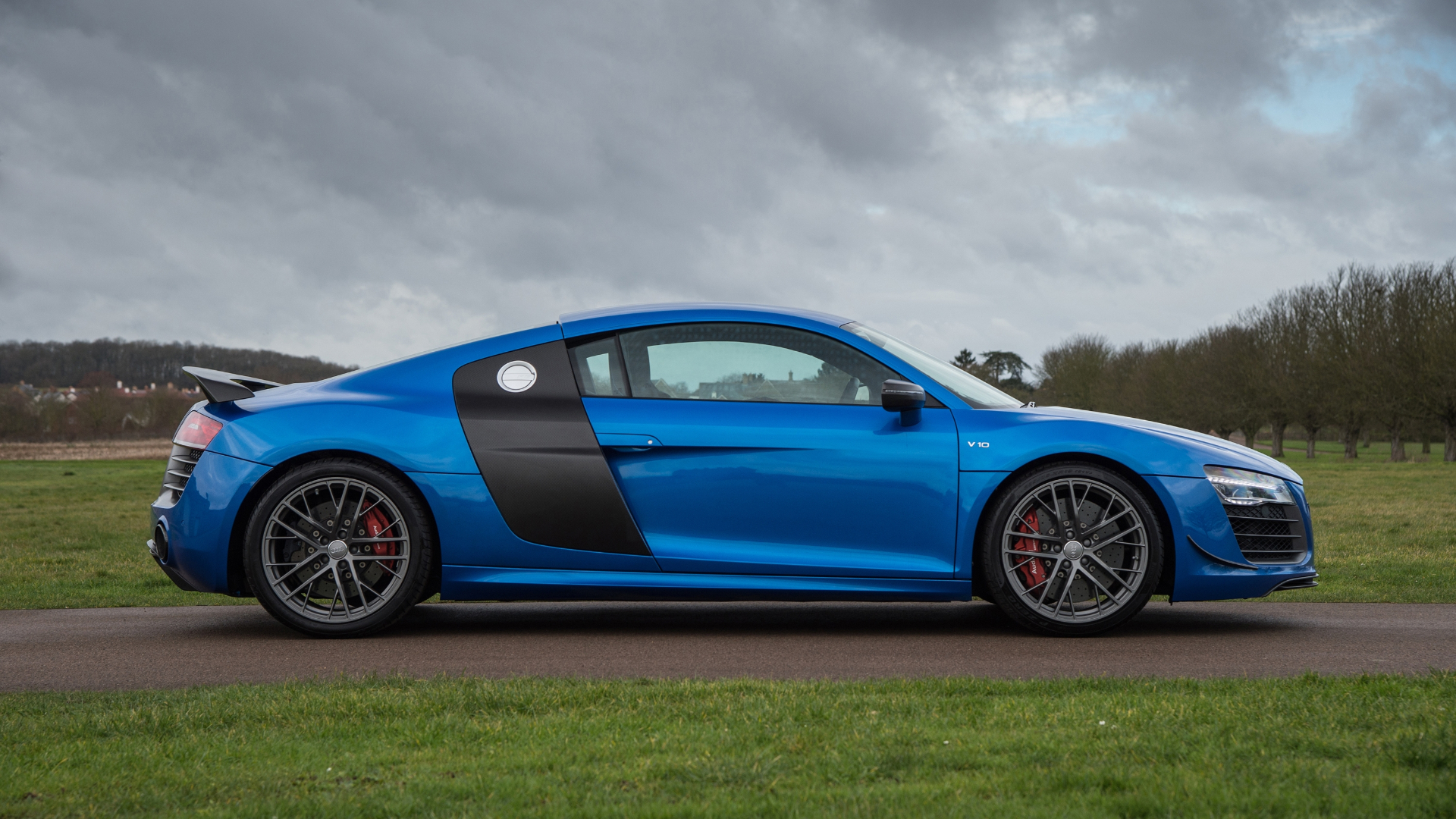 Today, I’m revisiting the first-generation R8, albeit in 570hp LMX spec. This special edition was the car’s last hurrah before the current R8 debuted in 2015. The ‘LM’ refers to Le Mans, the 24-hour race where it was launched. And the ‘X’… well, nobody seems sure about that.

This is the original press car – number 23 of 99 made, most painted Ara Blue – now enjoying a gentle retirement as part of Audi UK’s heritage fleet.

The USP of the LMX was its laser headlights. Audi wasn’t first with the technology (BMW beat it by a matter of weeks), but this was still groundbreaking stuff. With high-beam activated, pure white light illuminates the road for 600 metres: around twice the range of LED headlights. 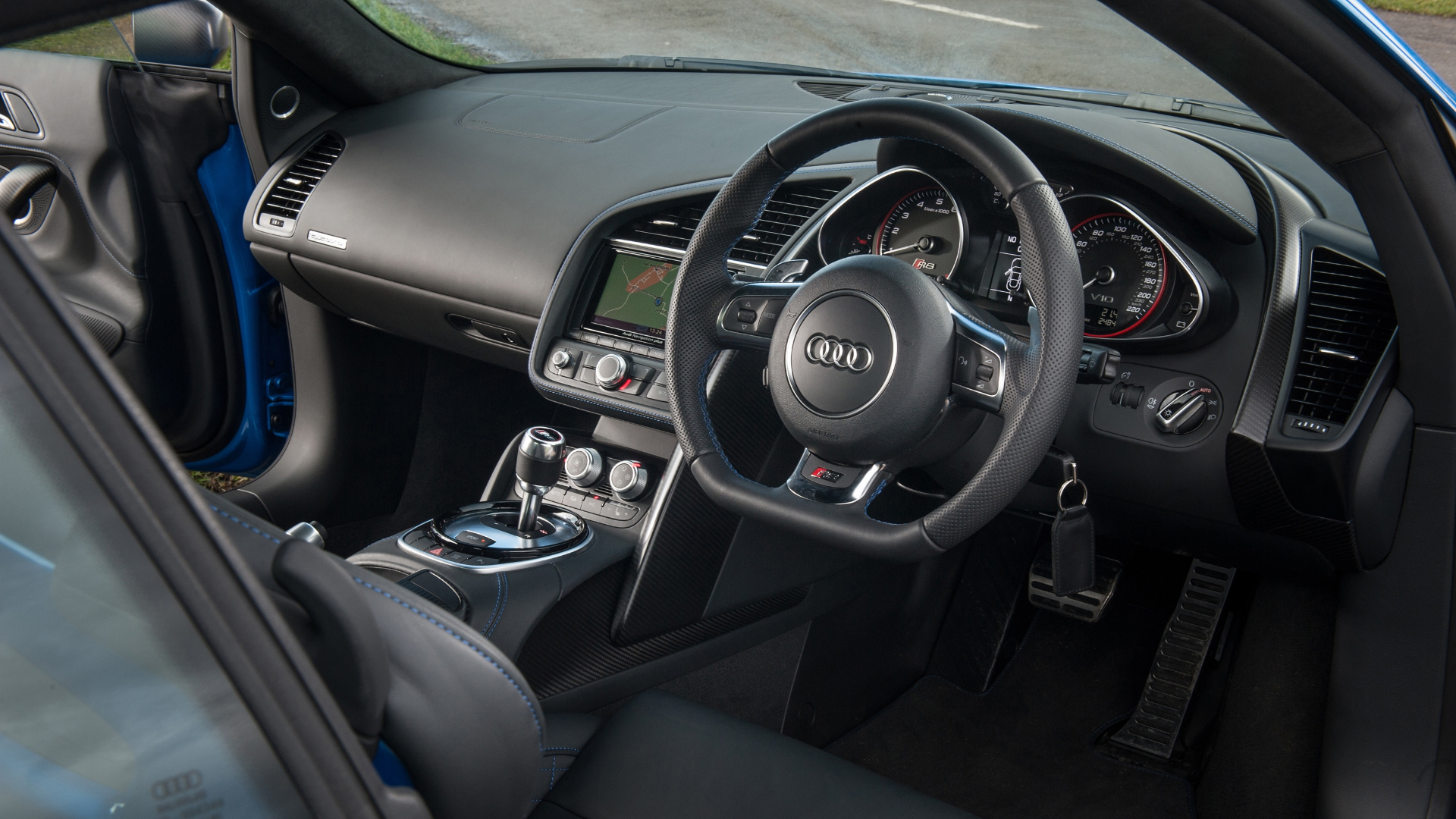 The Dr Evil lasers were partly why the LMX cost £160,025 when new – a hefty £35,000 more than the range-topping R8 V10 Plus. It also boasted a carbon fibre front splitter and fixed rear wing, that extra 20hp (a token gesture in a car this potent) and came fully loaded with every option available.

Right, full disclosure time. My drive in the R8 took place on a scorching summer afternoon, so I can offer zero feedback on the laser headlights. Suffice to say, journalists at the time seemed a little underwhelmed. 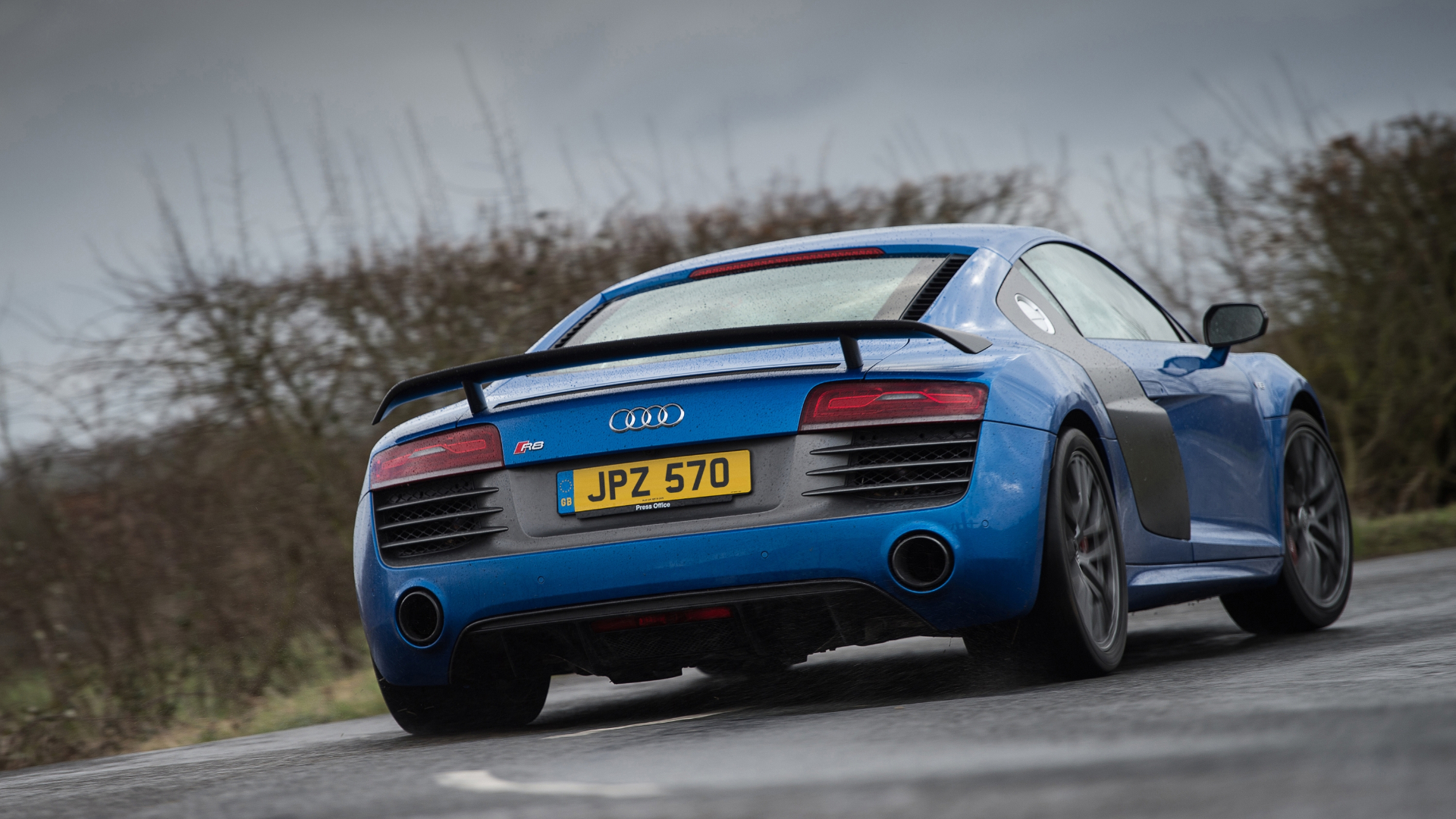 What certainly isn’t disappointing, however, is that naturally-aspirated 5.2-litre V10, which rockets the R8 to 62mph in 3.4 seconds and a 198mph top speed. It’s just as raw and responsive as I remembered, a torrent of stomach-squeezing thrust that doesn’t subside until 8,500rpm.

The driving experience is utterly contemporary, too. The Audi has slower steering and softer suspension than some supercars and you occasionally feel its 1,600kg heft in corners.

Nonetheless, there are few quicker ways to cover ground. A planted, predictable chassis and the security of Quattro four-wheel drive mean swift, safe progress where some mid-engined missiles would feel skittish. 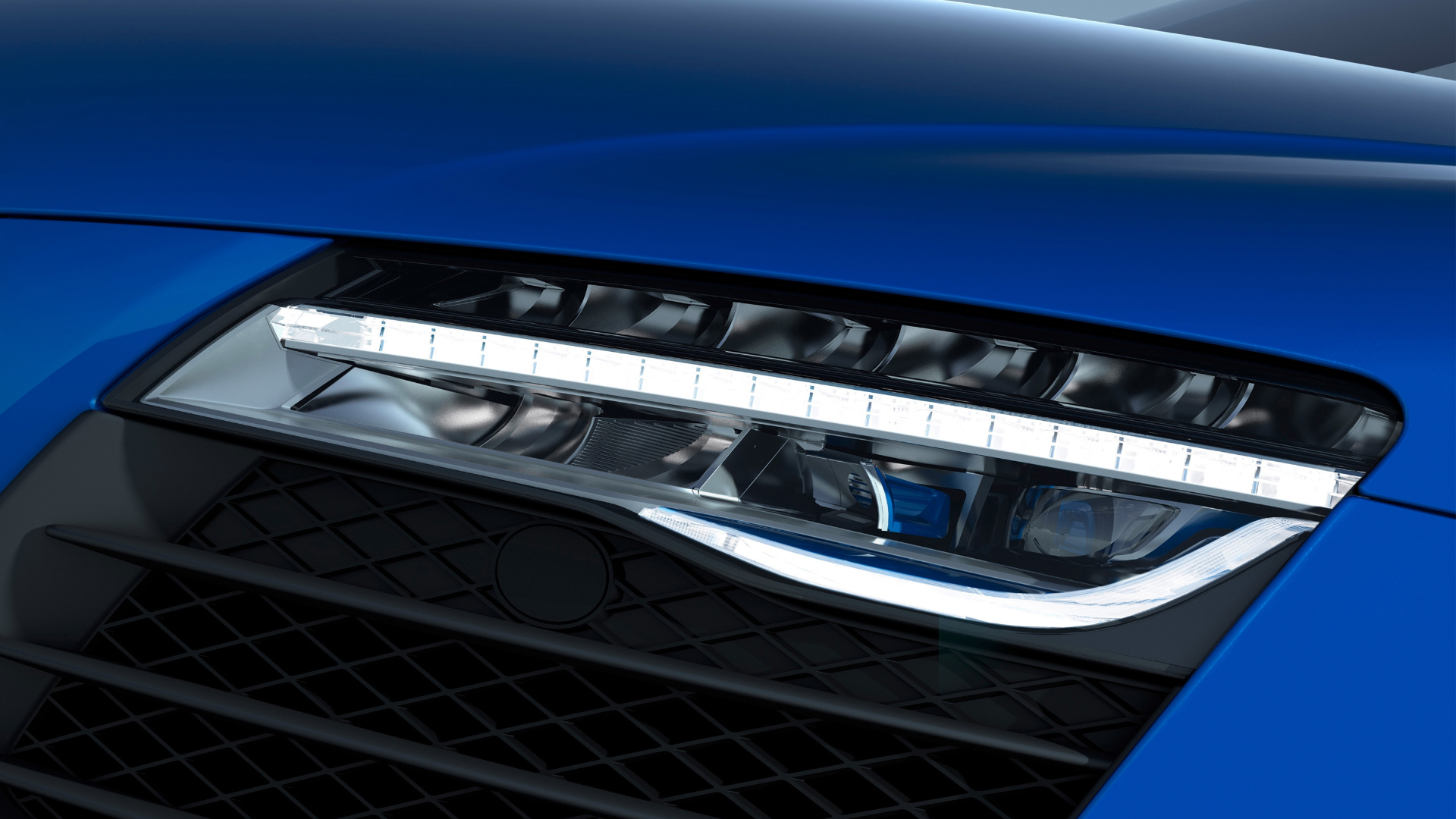 The LMX feels its age inside, with a dot-matrix display between the dials and hopelessly dated sat nav. Frankly, though, I’m struggling to care. Switching to Sport mode, I feel the dampers stiffen, the dual-clutch gearbox kicks down and the exhaust baffles open, filling the cabin with glorious V10 thunder.

As I blast between bends, revelling in copious grunt and grip, I’m quietly thankful there are no flag-waving marshals here. I’m sure they’d confiscate the keys.

As an investment, the LMX is the R8 to have, but with so few made, finding one could be your biggest challenge. At the time of writing, there wasn’t a single example for sale in the UK. 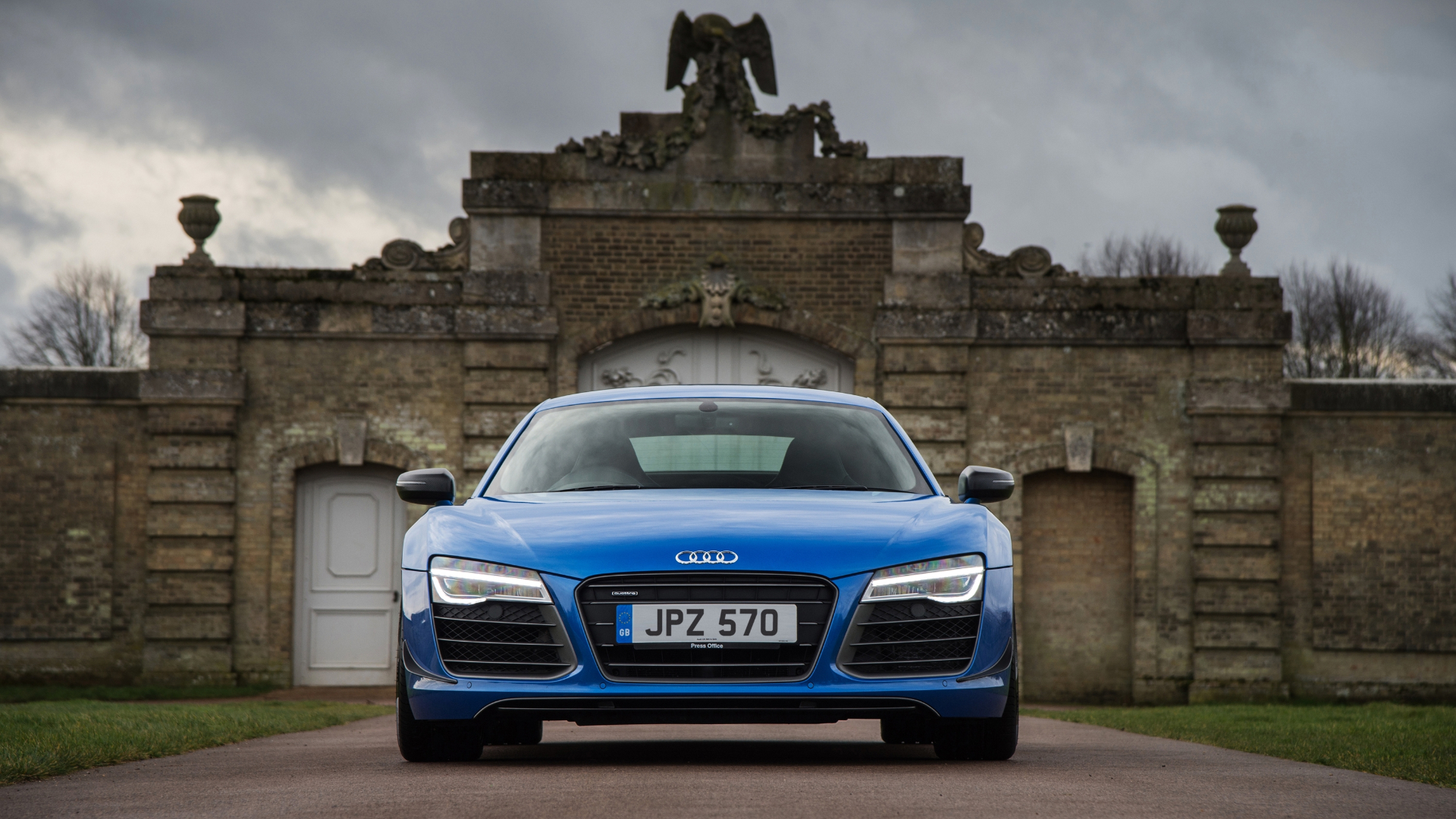 Fortunately, you don’t need the uber-R8 for driving thrills: the entry-level V8 is just as visceral, almost as fast and available used from just £35,000.

For perhaps the ultimate usable supercar, that’s a bit of a bargain.

Aston Martin has removed the roof from its V8-engined supercar. Is the new Vantage Roadster as good as it looks?
Read more
Car Reviews

Bring a Trailer currently has this distinctive mid-engined machine for auction, featuring a substantial boost in power over the regular NSX
Read more

It was previously reported that Aston Martin will abandon its Valkyrie Hypercar racer. However, some speculate that the project has merely been delayed.
Read more

It isn’t pretty, but the new Kia Sportage is among the best in the crossover class
Read more