With two seats, a dog-ring gearbox and copious amounts of carbon fibre, the Abarth 695 Biposto is a hardcore hot hatch in a pint-sized package. 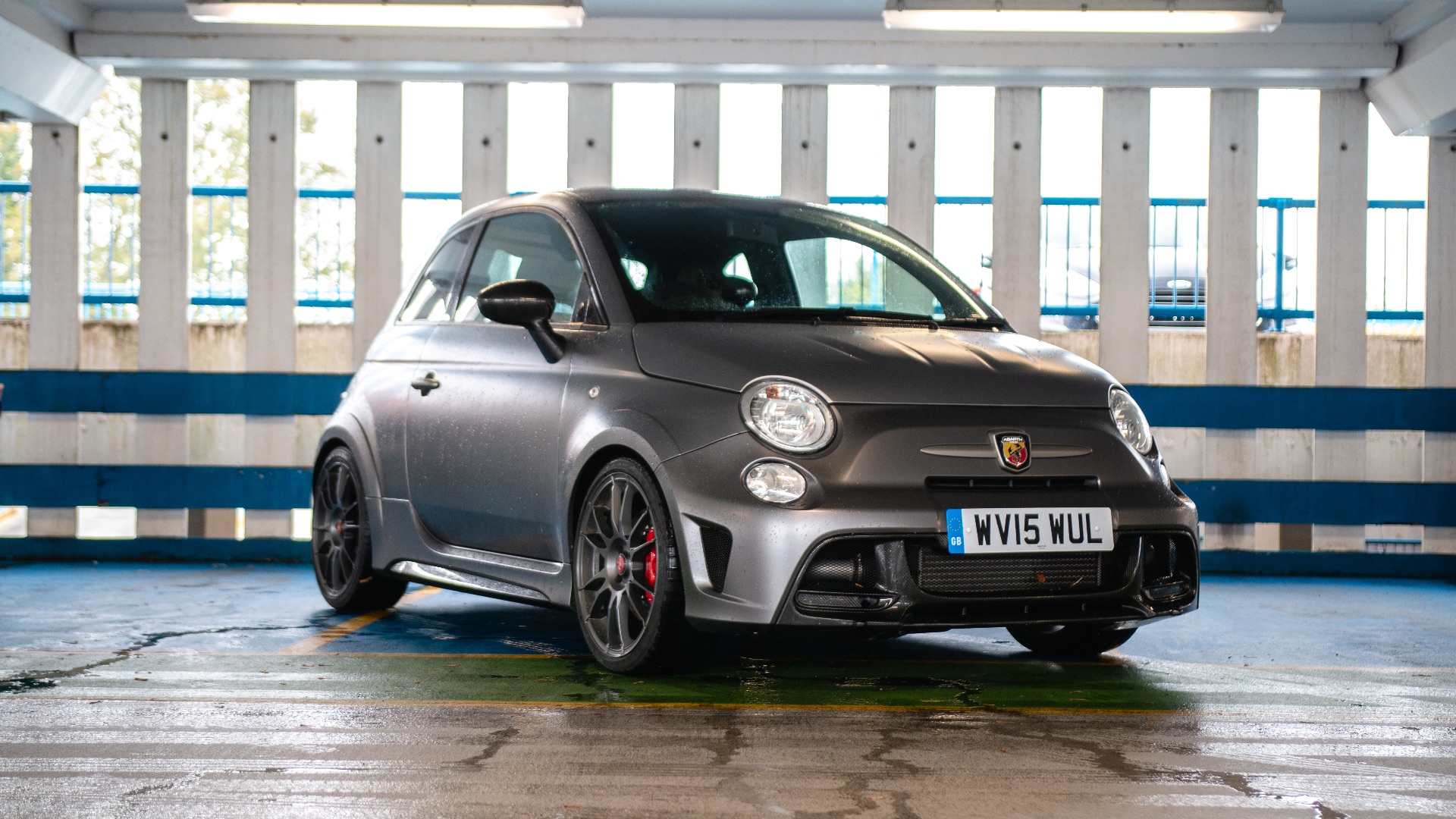 These were modified, then rebadged as the Abarth 204 A – thus initiating a tradition of tuning that endures to this day.

Abarth’s first Fiat-based car was the radical 1500 Biposto (Italian for ‘two seats’) of 1952, but it was the 1957 Fiat 500 that introduced the scorpion badge to a wider audience. The Abarth 595 and 695 had more power and sportier styling, and were Italy’s answer to the Mini Cooper. Abarth became Fiat’s official racing department in 1971 and its name has appeared on hot hatchbacks ever since.

Today, Abarth remains best known for go-faster versions of the 500 – albeit the current retro remake, launched in 2007. Numerous special editions include the racy XSR Yamaha and exotic Tributo Ferrari, but one model in particular, the 695 Biposto of 2014, stands out as the most extreme Cinquecento to date.

Described by its maker as ‘the world’s smallest supercar’, it was a road-legal version of Abarth’s Assetto Corse racer. And I’d be living with one for a week. 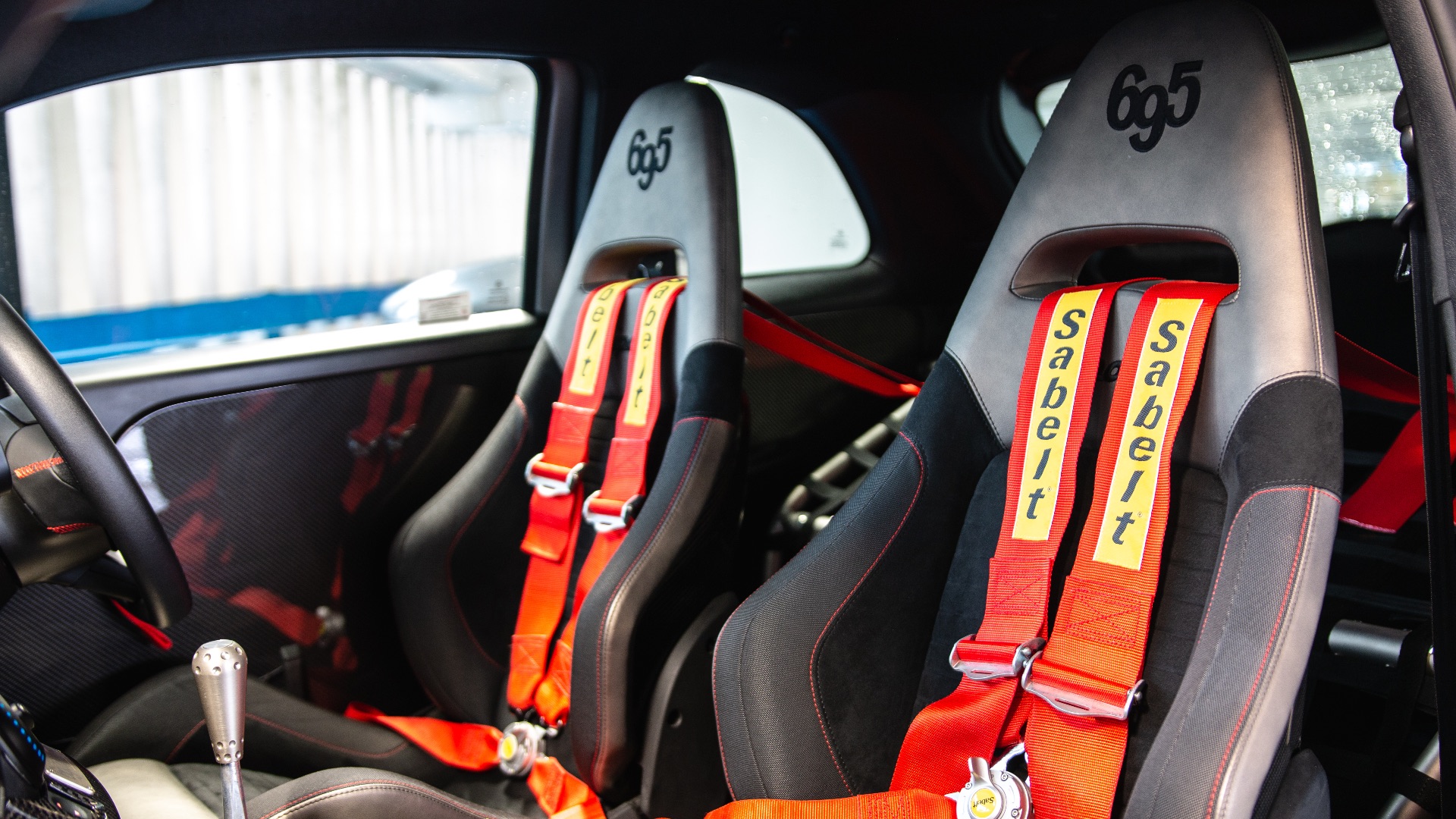 You might assume that a thinly disguised racing car is noisy, bumpy and sorely lacking in creature comforts. You’d be right: the Abarth is all of those things. Its meaty Akrapovic exhausts gurgle and growl. Its adjustable suspension and 18in OZ alloys feel firm and unyielding. And its stripped-out interior has hard-shell bucket seats (just the two, obviously), no air-con and no radio. Driving around the potholed streets of south London felt, well, mildly masochistic at best.

Wait, though, there’s more. ‘My’ Biposto has the dog-ring manual gearbox from the racing car: an £8,500 option (yes, really) when new. It allows super-fast clutchless changes, but you have to be brutal. Keep the revs up, snatch the long lever – positioned inches from the steering wheel – and bang it home. There’s still a clutch to prevent stalling when you stop, otherwise it’s best to ignore it. Most attempts to drive smoothly result in a painful crunching of cogs.

It still has a clutch pedal, but you need to rev-match to avoid graunching the gears. pic.twitter.com/EaKHufctQv

The Abarth, then, doesn’t enjoy going slowly – and neither will you. But escape the city and suddenly this obstreperous little car starts to make sense. Its 1.4-litre turbocharged engine begins boosting at 3,000rpm and pulls strongly to a 6,500rpm redline.

With 190hp and a kerb weight of just 997kg (38kg less than the standard car), acceleration is on par with hardcore hatches from the class above. And while no manual can shift as swiftly as a modern dual-clutch auto, the dog-ring surely comes closest.

Park your mechanical sympathy at the door and it’s ruthlessly rapid. Nothing with three pedals comes close. 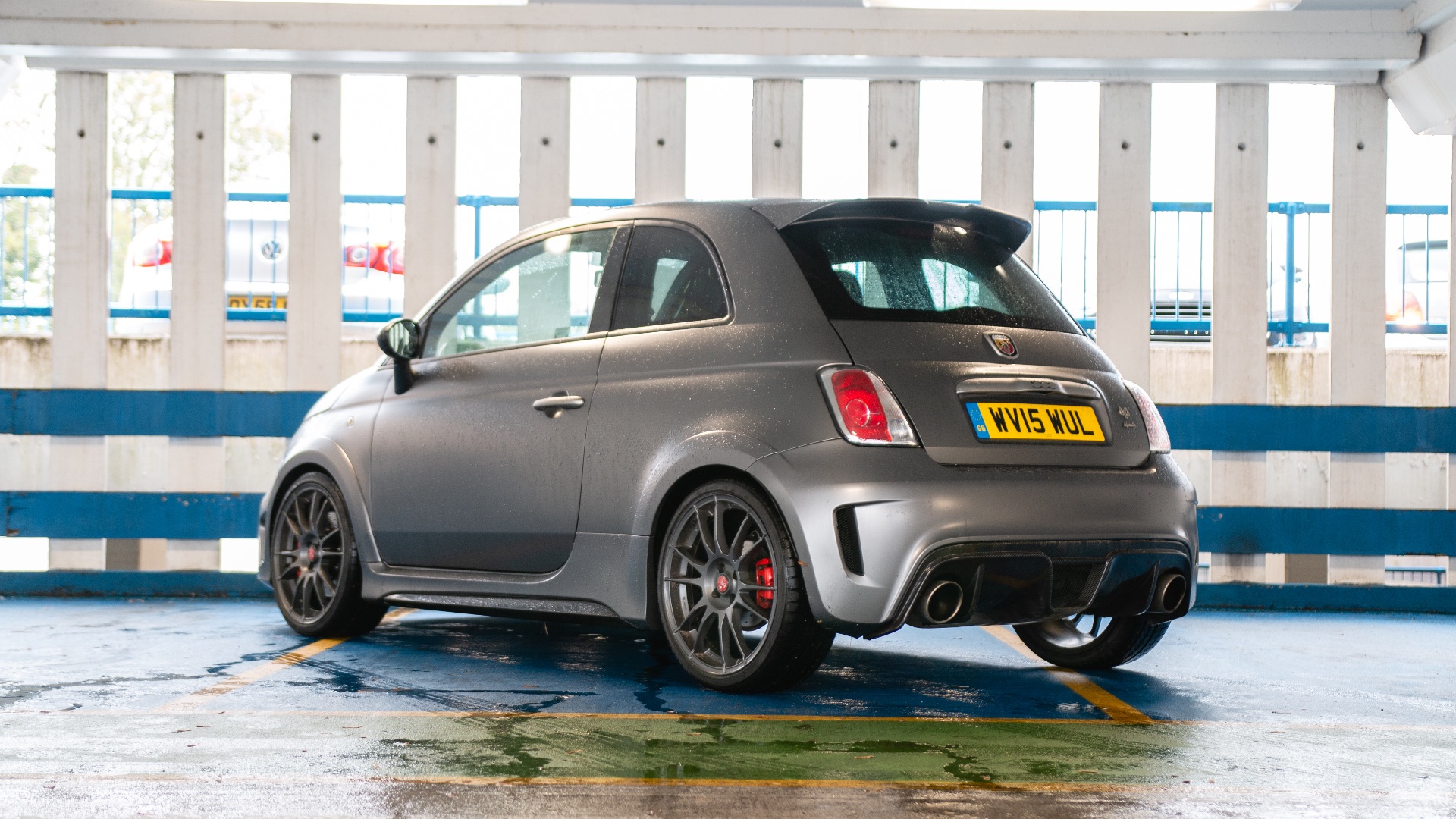 You scarcely have to slow down for corners either. Just aim at the apex and let the mechanical limited-slip diff work its magic, hauling you inward then hurling you onward. Its steering is direct and its strut-braced chassis feels taut and tied-down, backed up by beefier Brembo brakes, sticky Goodyear Eagle F1 tyres and a functional rear diffuser.

In short, it’s a car of contrasts: a riot on the right roads, a PITA elsewhere. But in those fleeting moments, the 695 Biposto really does feel supercar-special.

Everything about this car, it seems, is certifiably barmy. Yet it’s hard not to love it for that.

McLaren Senna: what you need to know

It's McLaren's most extreme road car ever: here's what makes it so
Read more

Ride-hailing service Uber has had its London licence extended for a further two months, as its existing 15-month extension expires
Read more

Prices for the Land Rover Discovery Commercial start from £40,333 plus VAT
Read more