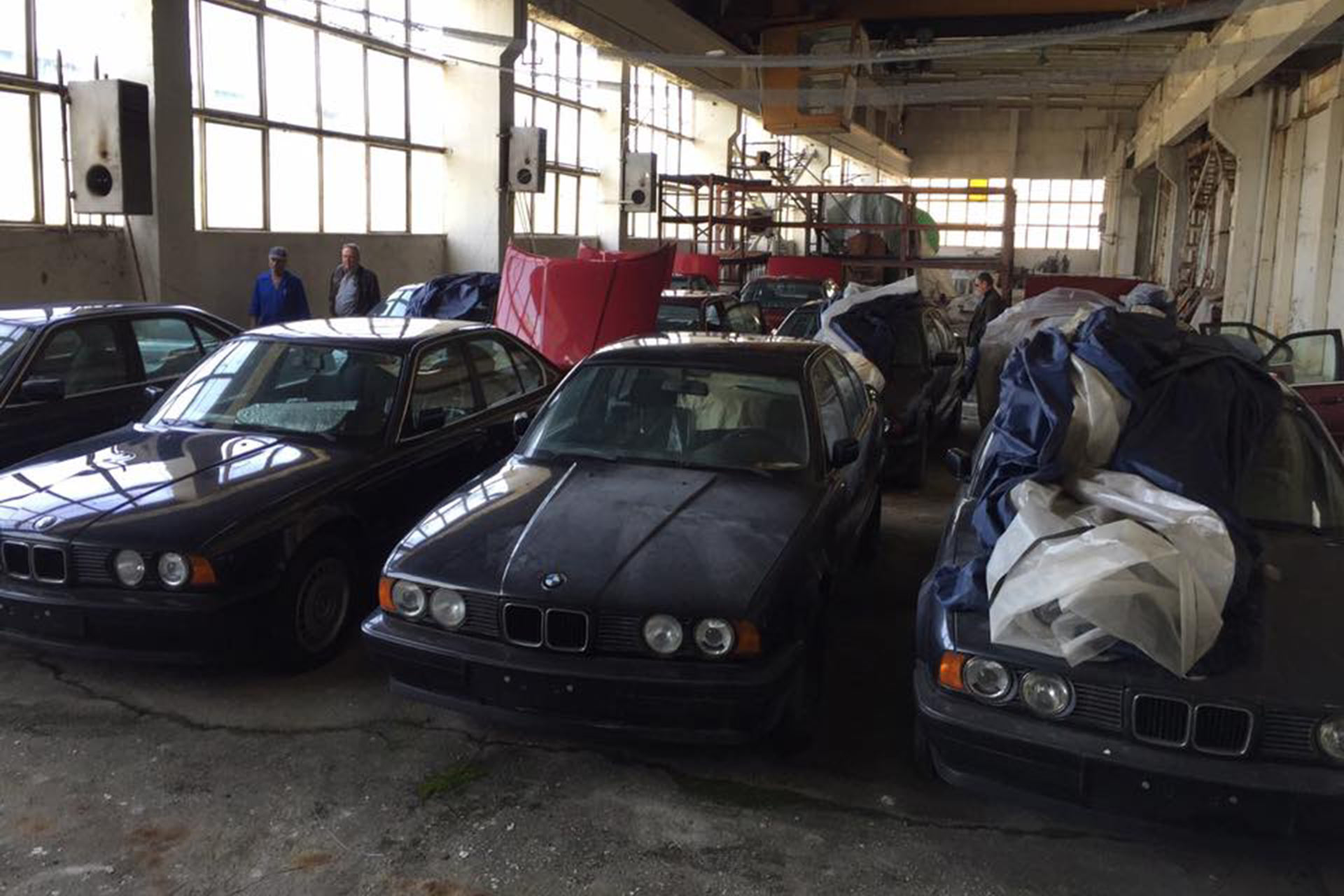 Uncovered in a Facebook post by a Bulgarian garage, the photos of the abandoned BMWs have already generated lots of attention on the ‘Rust Free Zone’ page.

Stories of how the cars came to be left there for many years, along with speculators interested in buying them, are all fuelling the interest.

Hiding beneath the sheets 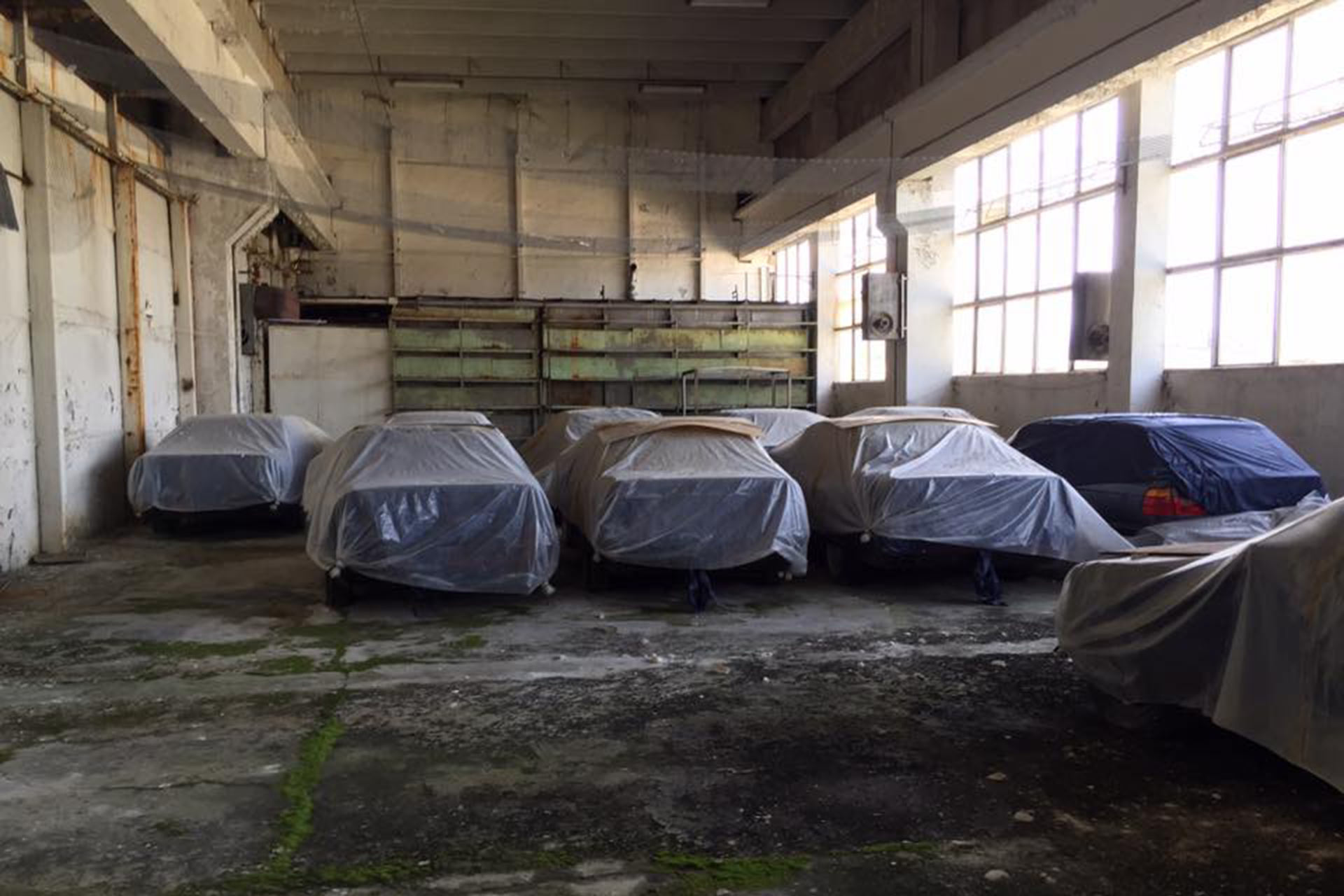 Consisting of ten saloons and one solitary Touring estate, the collection is made up of a mixture of 520i and 525i models. Black and Calypso Red appear to have been the colours of choice.

Although clearly not about ultimate performance, these would offer more than adequate everyday performance. At least one car does have a manual gearbox, too. 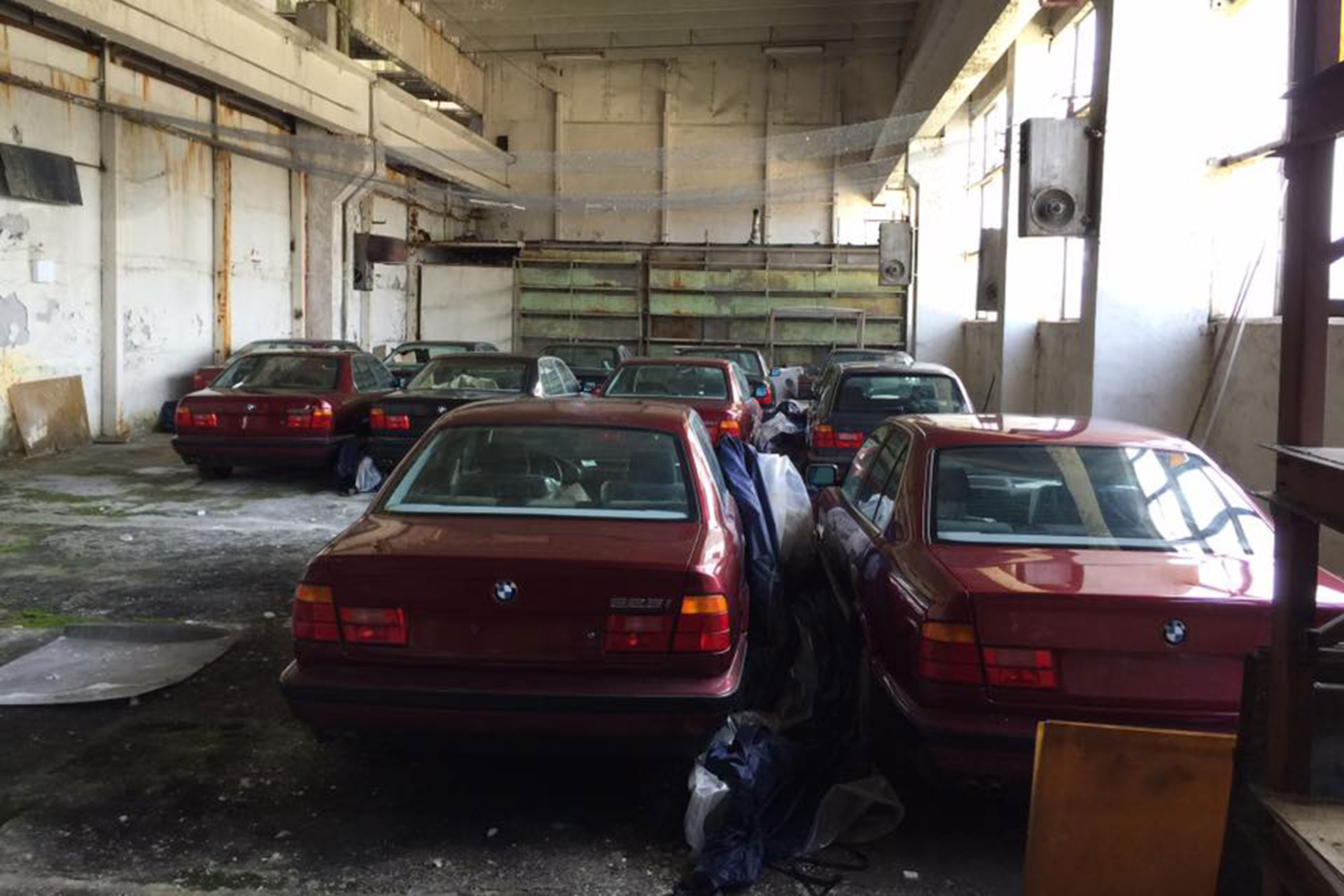 Whilst the mileage may be zero, being unused for 25 years has taken its toll on the cars. Some have smashed rear windows, or feature missing fuel flap doors. Others also show deteriorating paintwork due to water damage. 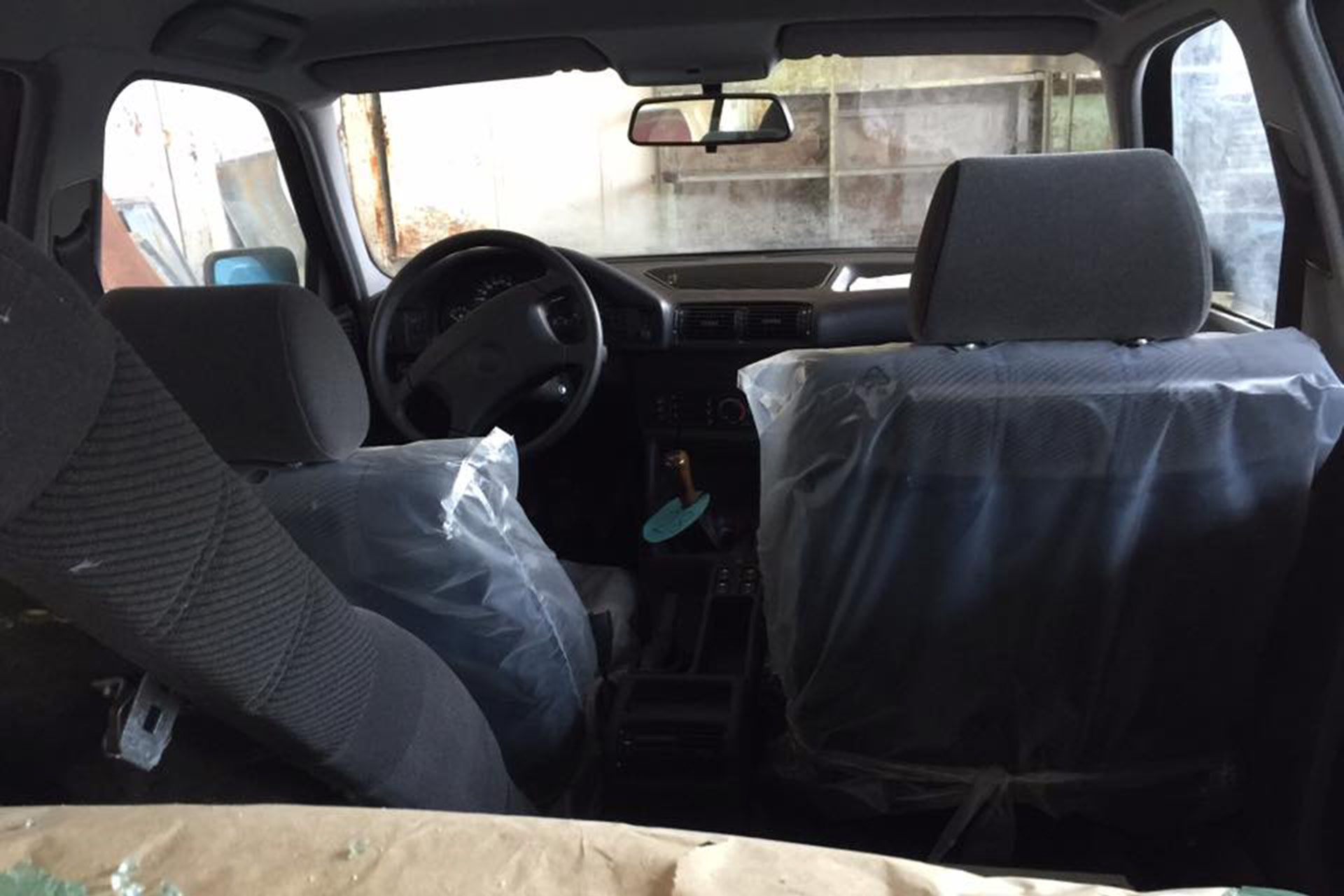 Interior photos  do at least show seats still with plastic covers on them. Paperwork and stickers from the initial transport and delivery of the cars also appear present, and only add further to the air of mystery around them.

Initial reports suggested the cars may have been bought for use by a rental company, but were subsequently never registered.

The truth is out there

One commenter, Edis Shaban, claims to know the real story of how the cars came to be there. He believes that the cars were purchased by Nikolay Tadarukov – a former Bulgarian Minister of Agriculture.

Intended for use by members of the Bulgarian National Assembly, the BMWs were apparently abandoned due to politician prefering to use Mercedes-Benz cars instead.

As a result of being snubbed, the cars were then placed in storage in Blagoevgrad, located in southwestern Bulgaria. An old factory full of scrap metal is hardly a glamorous location, although it has at least protected the BMWs from the worst of the elements. 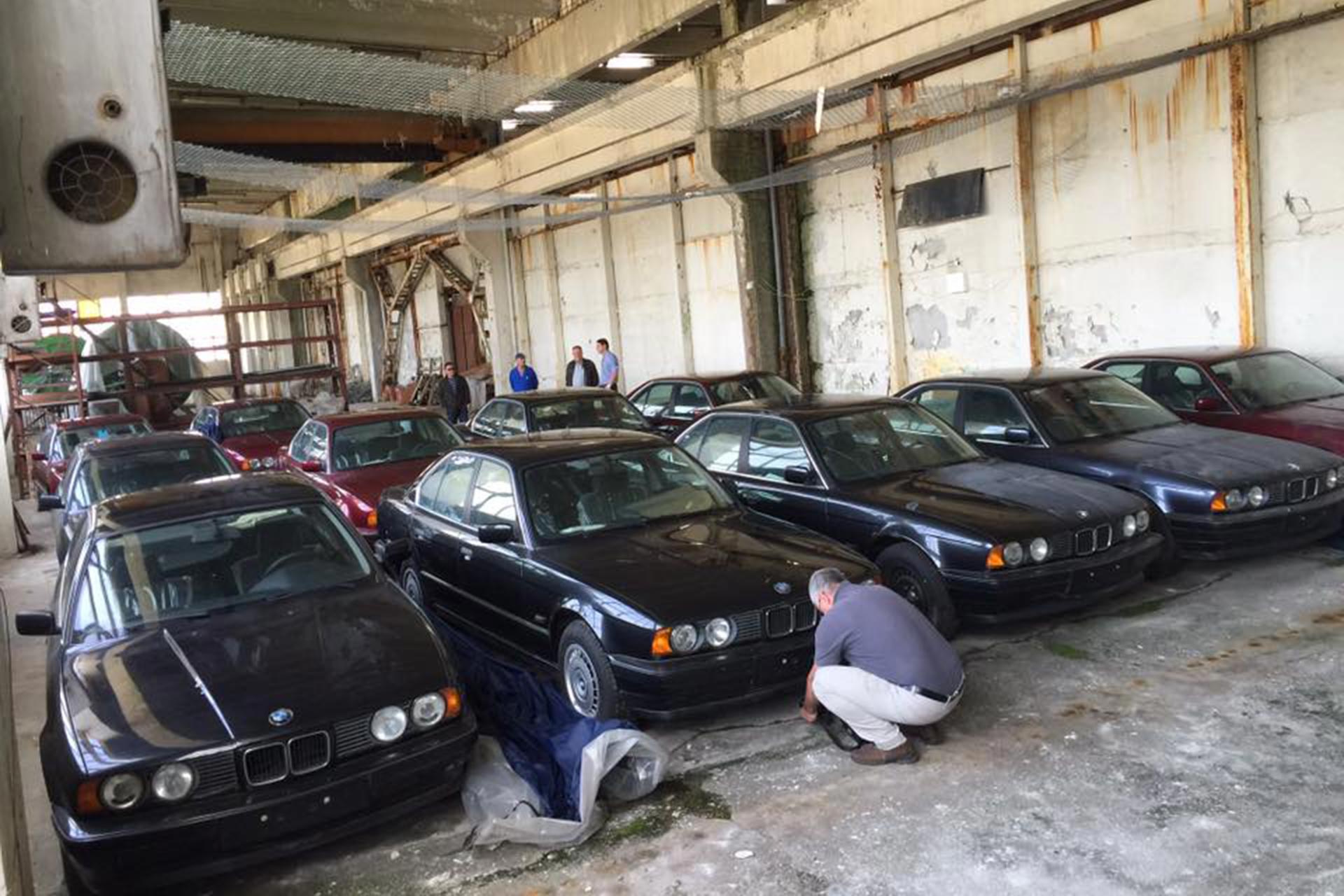 Given the length of time the cars have been left unused, the eleven examples are likely to need some gentle recommissioning before hitting the road for the first time.

The present owner of the warehouse, and the BMWs, is reported to be considering auctioning the cars off. Given the level of interest seen on social media, it is unlikely he will have any trouble finding buyers for these forgotten retro machines.

However, with more than 1.3 million examples of the E34 BMW 5 Series built, these particular cars are unlikely to reach staggering prices come sale time. In the UK, similar examples of the E34 range from £2,000 – £5,000 dependent on condition, with the rare M5 able to command much more.