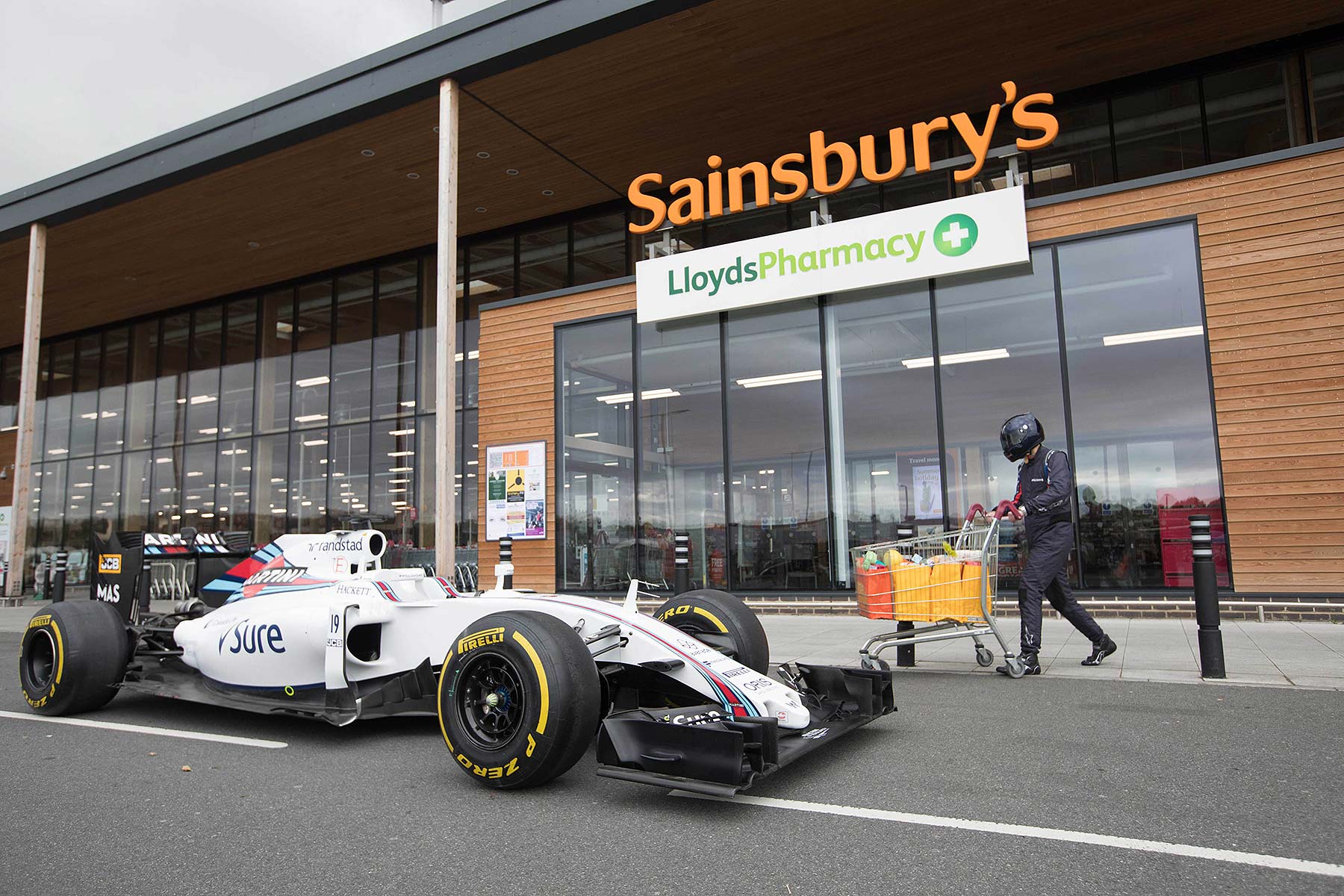 Williams F1 has used its racecar aerodynamics nous to help make the chiller aisle in Sainsbury’s supermarkets warmer – while ensuring the food in the fridges keeps just as cool while using 15 percent less energy.

The new aerofoil design for the chillers stops cold air ‘leaking’ from the fridges by steering it back into the cabinet. Williams F1 says the principal is similar to that behind automotive wings and spoilers.

And because less air leaks out, the chiller aisles in the supermarkets will be up to 4 degrees warmer. Which, some say, pleases the Williams Stig no end.

Sainsbury’s says the add-on aerofoils will be fitted to fridges across all its supermarkets by 2018 (after which, other supermarket chains are expected to benefit from it). The firm’s head of sustainability, Paul Crewe, reckons that “by keeping the cold air in our fridges, we’ll see an emergency reduction of up to 15 percent”.

Williams Advanced Engineering, the applied engineering division of the F1 team, is led by Craig Wilson. The firm partnered up with another company, Aerofoil Technology, to develop the energy-saving Sainsbury’s tech, “a perfect example of how Formula One derived innovations can have a tangible benefit to the general public and the environment.

“This technology has global potential, and the extensive testes we have carried out with the support of Sainsbury’s have shown the significant savings in operations costs and emissions are extremely promising.”

Impressive stuff. Question is, where is the Williams Stig, pictured above, going to put their shopping?