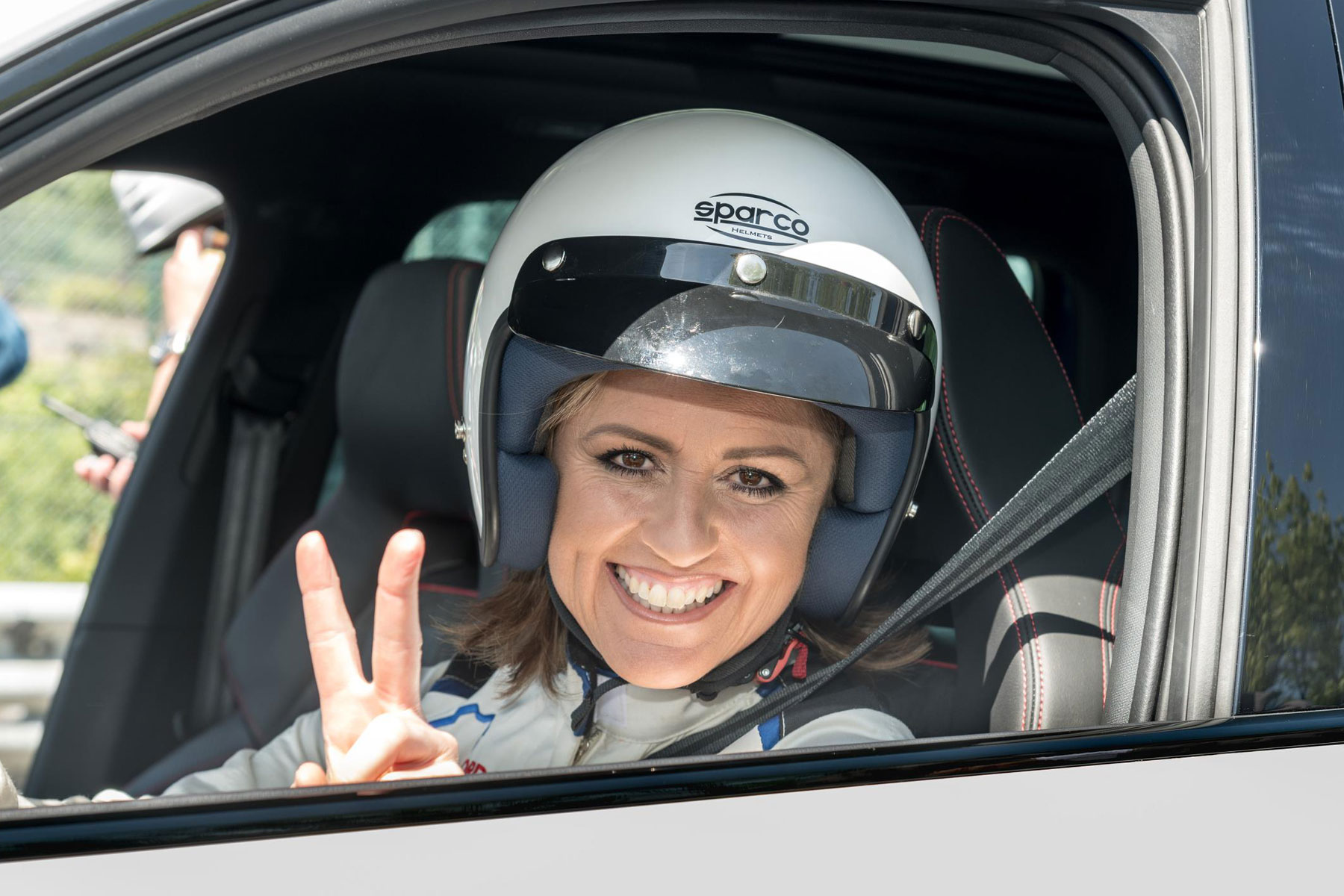 Nobody knows the Nürburgring quite like Sabine Schmitz, but a Skoda SUV is an unlikely choice of wheels for a record-breaking lap of the ‘Green Hell’.

The flagship Skoda Kodiaq vRS will make its public debut at the 2018 Paris Motor Show, but no new performance car is complete without a lap of the Nürburgring to its name. We’ll have to wait a couple of days before the full video is revealed, but – spoiler alert – Skoda claims that it’s a “sensational record-breaking lap”.

We suspect Skoda is chasing the lap record for a seven-seat SUV, rather than the 7 minute 51.7 second set by the Alfa Romeo Stelvio last year. Alfa’s reign at the top of the fastest SUV lap board might be short-lived, as Lamborghini is likely to send the Urus on a tour of the 12.9-mile circuit this summer.

Alternatively, maybe the Czech company is gunning for the fastest lap… by a Skoda.

Lap time to be revealed on 14 June

This teaser video reveals the preparations that went into the camouflaged Kodiaq vRS’ record attempt at the Nordschleife, with the full video revealed on 14 June.

The Skoda Kodiaq vRS is expected to be a powered by a 2.0-litre twin-turbocharged diesel engine developing around 240hp and 369lb ft of torque. To cope with all that power, the vRS is likely to be offered in four-wheel drive form, with five- and seven-seat versions available.

Speaking of seats, we rather like the look of the high-backed bucket-style chairs Sabine’s showing off in Skoda’s teaser image.

The performance Kodiaq will be sold alongside the Octavia vRS, with the UK expected to be a lucrative market for the hot SUV. Around 1 in 5 of all Octavias sold in the UK leave the factory with a vRS badge, with diesel versions accounting for the majority of sales.

Prices are likely to be revealed in Paris, but with a seven-seat Kodiaq Sportline costing upwards of £33,135. we wouldn’t expect much change from £35,000. More news, including the full lap of the Nürburgring, when we get it.