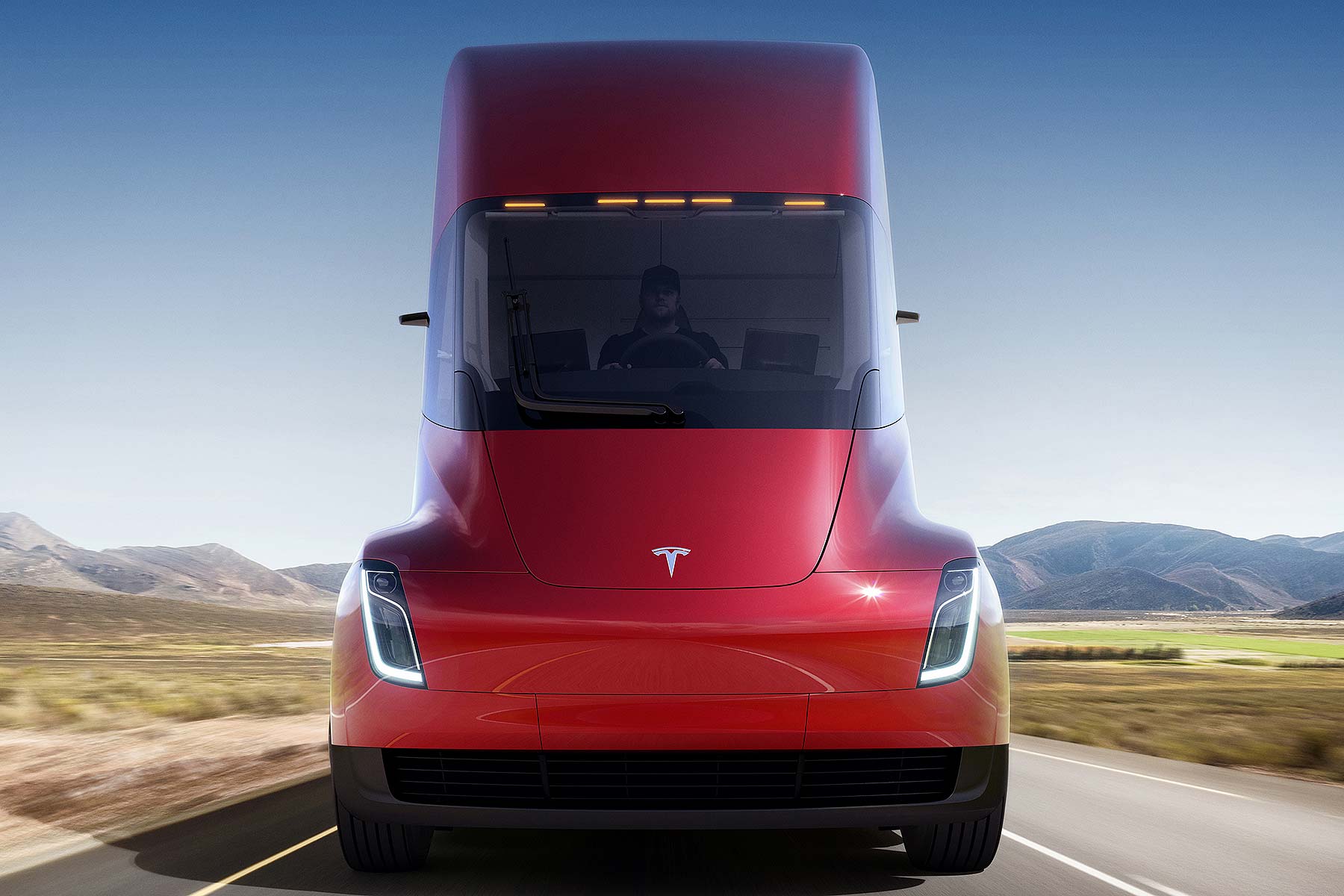 The new Tesla Semi Truck is the world’s first electric lorry. It will do 0-60mph in 5.0 seconds (a normal diesel truck does it in 15.0 seconds). Fully laden, it will have a 500-mile range. Tesla will roll out Megachargers that will add 400 miles’ range in half an hour.

Truckers, reckons Elon Musk, you’re in for a treat. 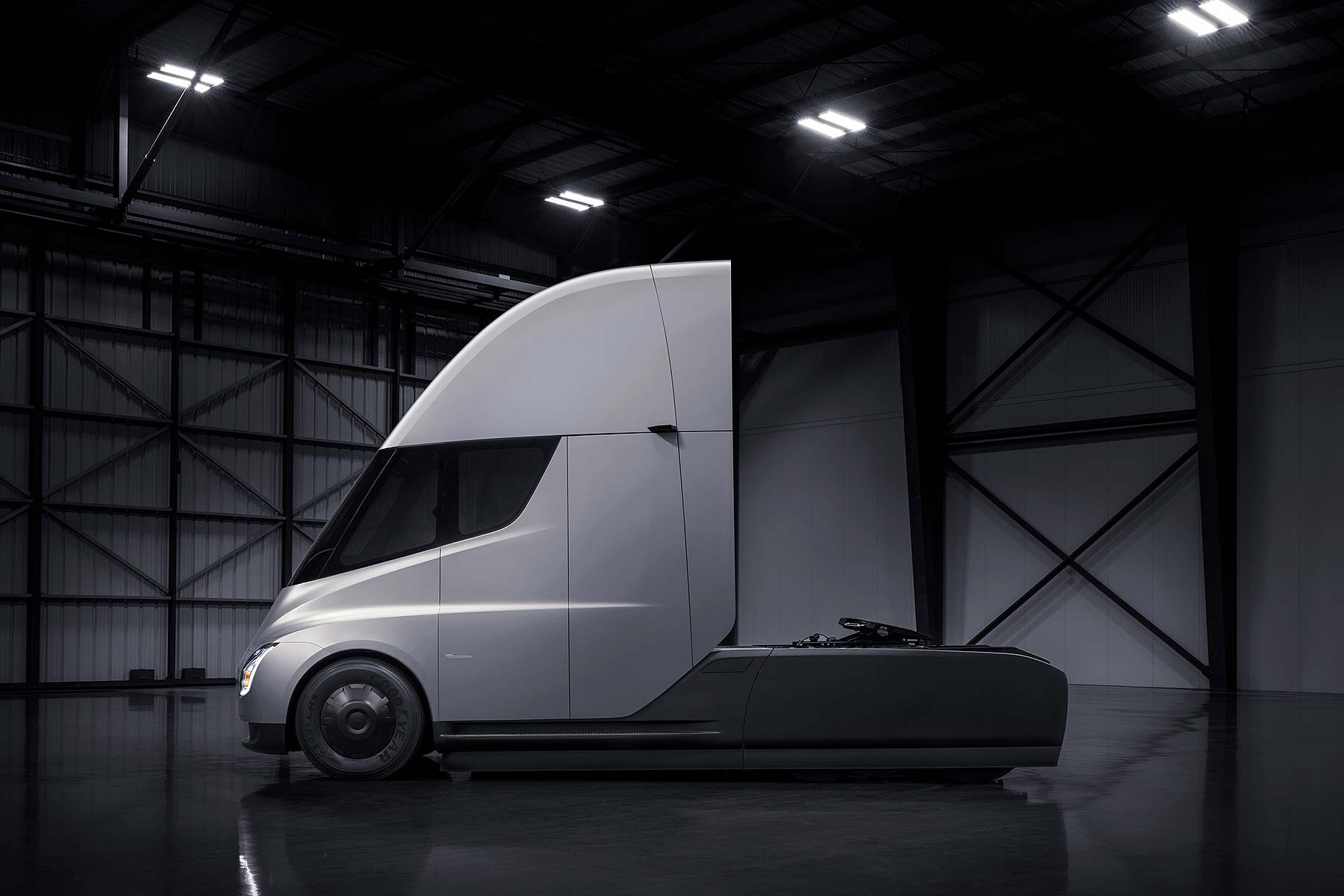 When fully laden with a 36-tonne payload, this thing will still do 0-60mph in 20 seconds; normal lorries take a full minute or more to reach the same speed. It is also capable of driving up 5 percent inclines at 65mph, compared to 45mph for today’s diesel trucks.

When it’s time to slow down again, regenerative braking will recover almost all the energy to top up the battery: on a 36-tonne truck, that’s a lot of energy. It’s why Tesla says it will have “basically infinite brake life”.

Back to the range question: in the U.S, 80 percent of freight is moved less than 250 miles, says Tesla. This means the 500-mile EV range, and ability for Megachargers to top it back up so quickly, should be fine. The fact its extra speed means covers more miles in the same amount of time than a diesel truck is also a significant time-saver, adds the American car firm.

It looks like no other truck in the world, all sleek aero and futuristic appearance. The coolest-looking, most modern lorry ever? Unquestionably. 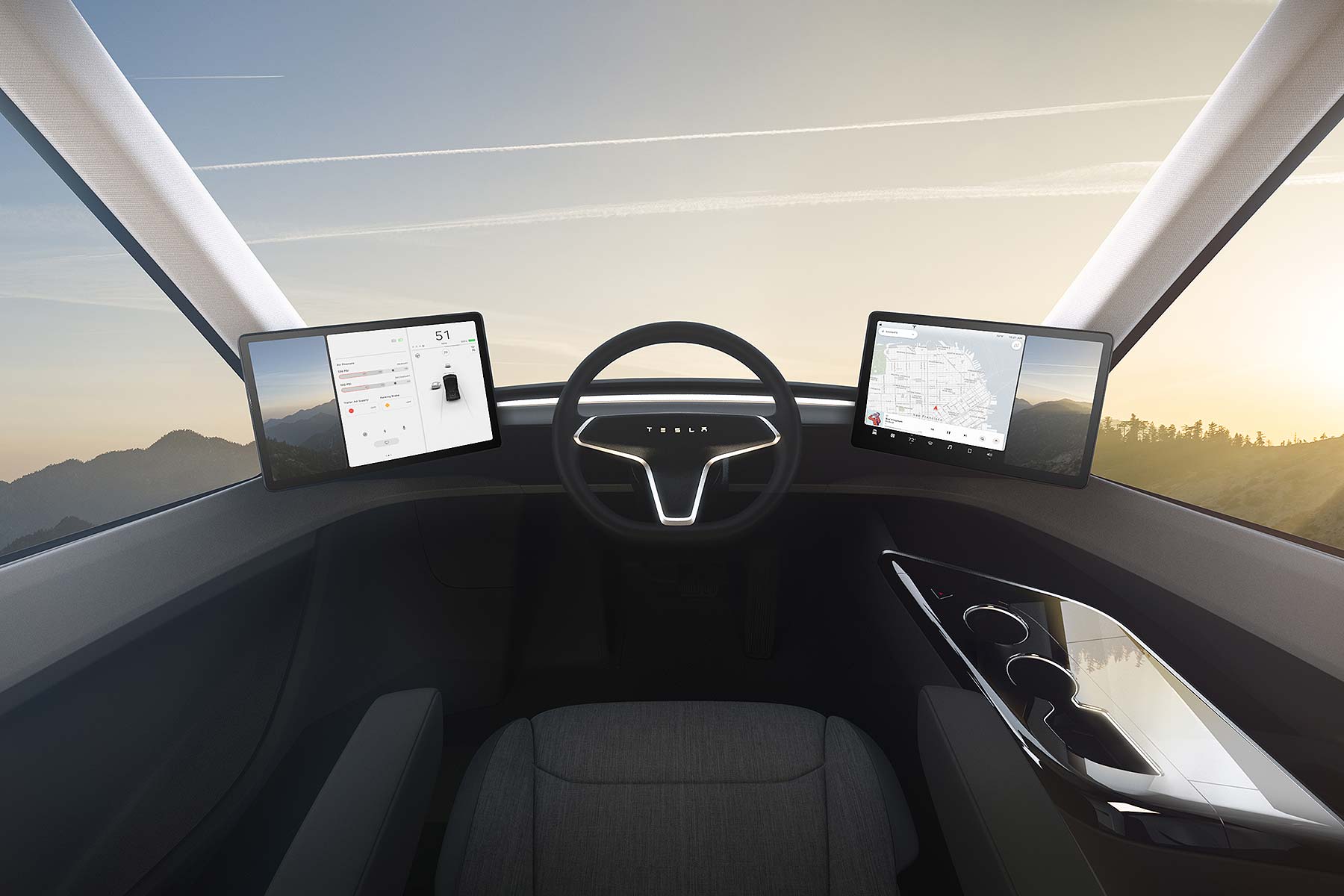 The driver’s seat is in the middle, like a McLaren F1, and they operate everything through two massive Tesla-trademark touchscreens. It’s easy to get into and stand up inside, and see out. Visibility is excellent and Tesla’s fitted blind spot monitoring for display on the huge dual screens.

With all that acceleration and a low centre of gravity, Tesla says it will be great to drive. But the driver needn’t even bother with this. An enhanced Autopilot system gives it autonomous emergency braking, lane-keeping, and the ability to autonomously follow other Tesla Semi trucks in a platoon-like convoy.

Tesla says the batteries are good for a million miles of repeated charge cycles – and have been validated to last this long. And with no engine, gearbox, AdBlue-style emissions-controlling tech and other complex stuff, the running costs savings will be “massive”. Over a million miles, £150,000 in fuel costs alone, calculates the firm.

It’s the truck that makes lorries interesting. And Elon Musk says it will be ready for sale in 2019. Tesla’s track record here isn’t great, but even so, the arrival of the world’s first all-electric zero-emissions truck is a landmark.

As always with Tesla, the trick now will be putting the truck into production…