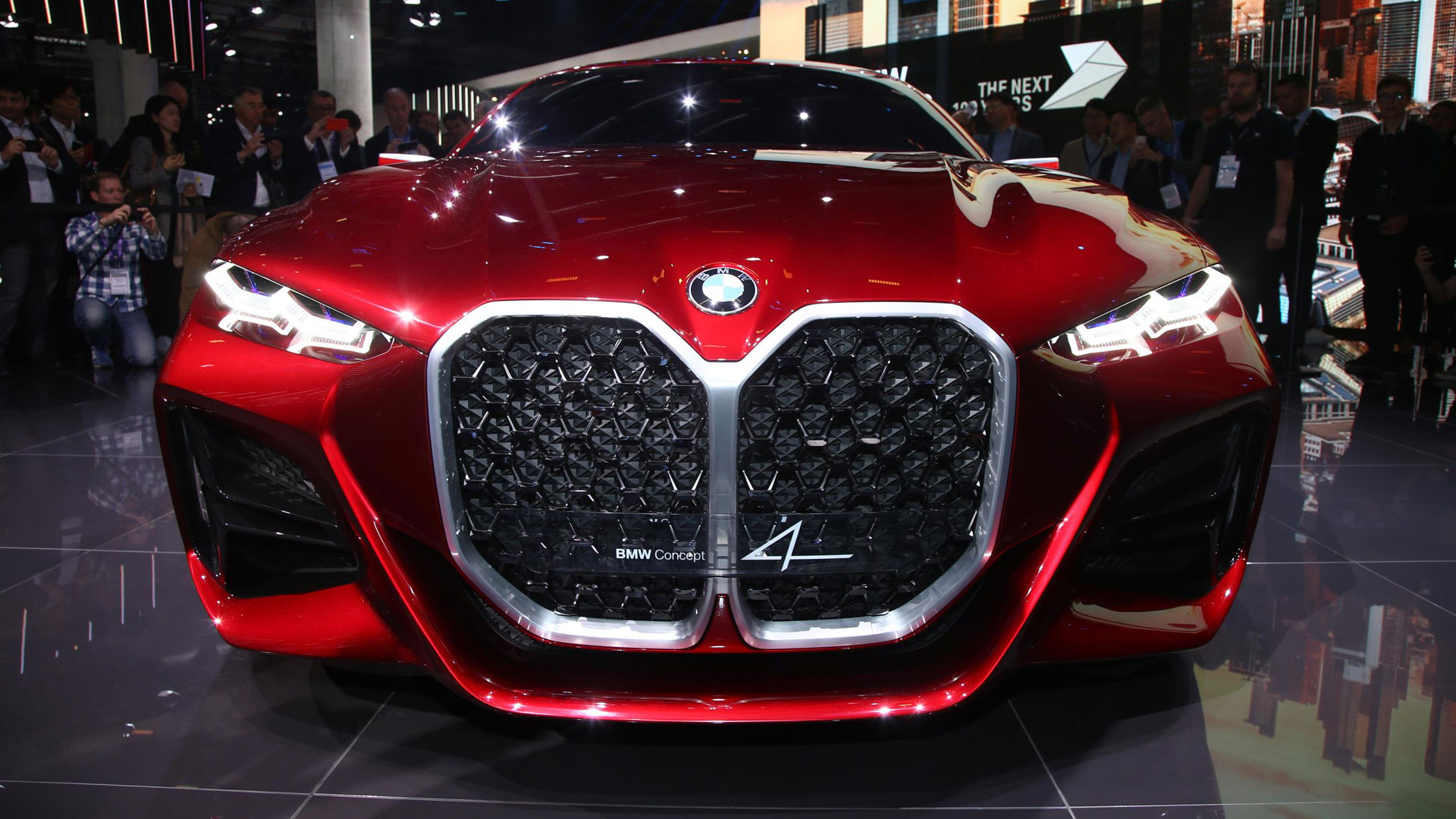 The #FrankfurtMotorShow – or Internationale Automobil-Ausstellung (IAA), to give it its less hashtag-friendly name – is underway. Here are a dozen things you may have missed from day one of the 2019 show. 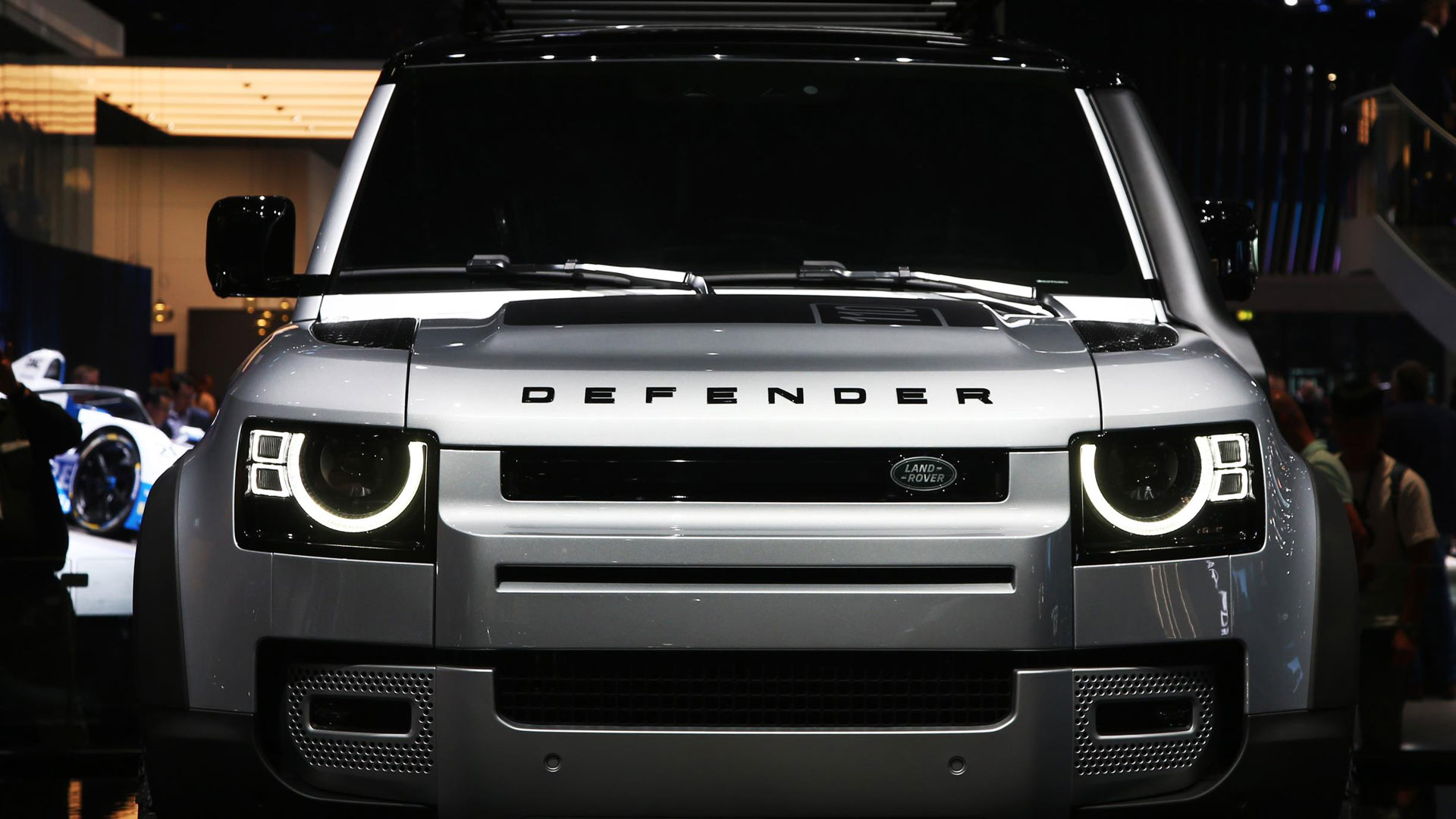 Land Rover launched something new today. You may have heard a few whispers. If not, this ought to serve as a summary:

Defender. Looks like a Skoda Yeti. Iconic. How much? Steelies for the win. Built in Slovakia. #WANT. Bloody Brexit. #NewDefender. Shut up and take my money. Just another #ChelseaTractor. Land Rover #Surrender. Such a beautiful car. Not a proper Land Rover. Anybody want to buy a kidney?

BMW gets a grilling 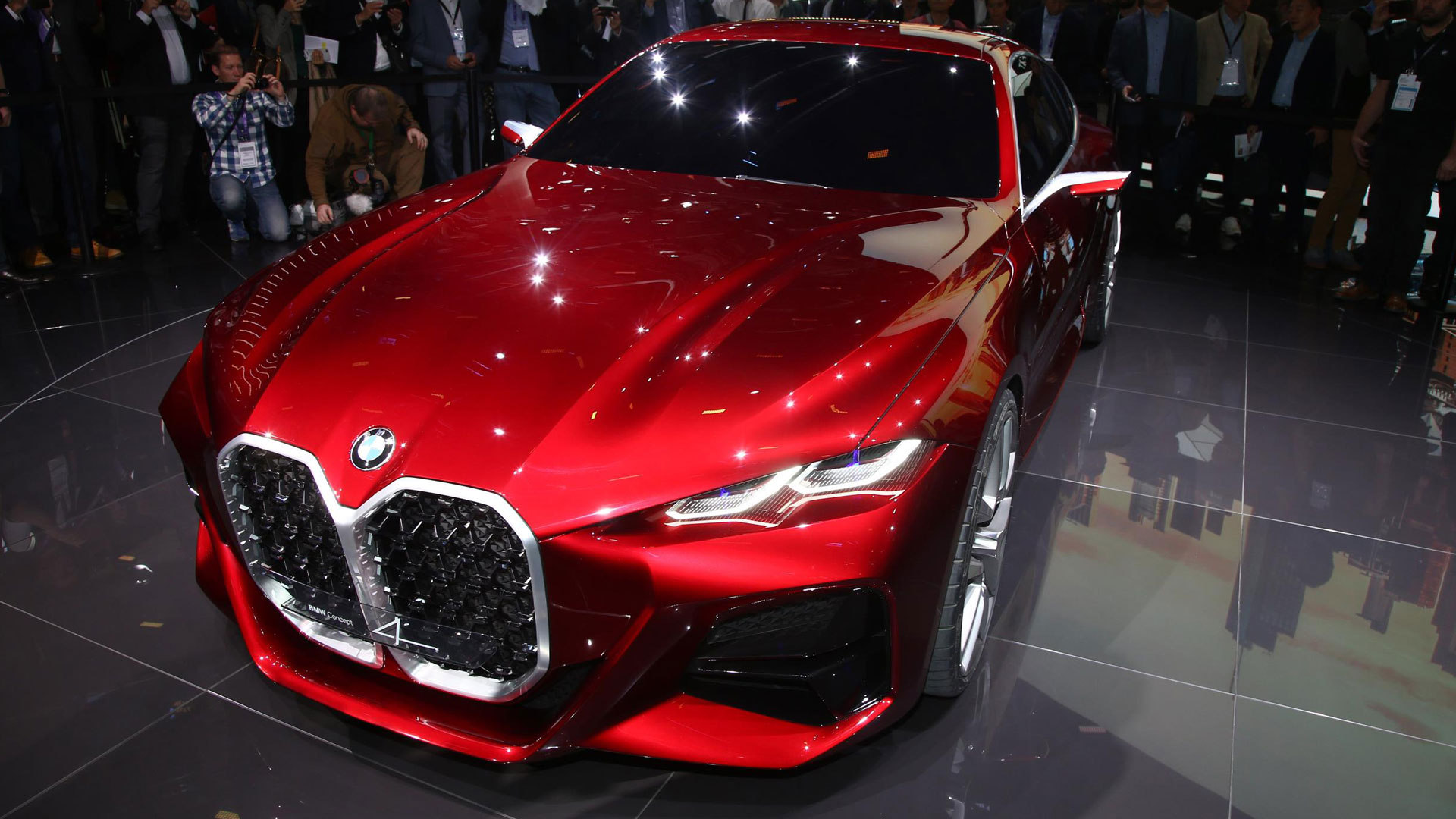 Speaking of kidneys. BMW reckons the MASSIVE grille on the Concept 4 is ‘confident and classy’. According to Auto Express, the concept is ‘85 percent representative of how the production-ready 4 Series will look’. Which is a neat coincidence, given the fact the concept is 85 PERCENT GRILLE.

Hyundai concept has a comfortable carpet 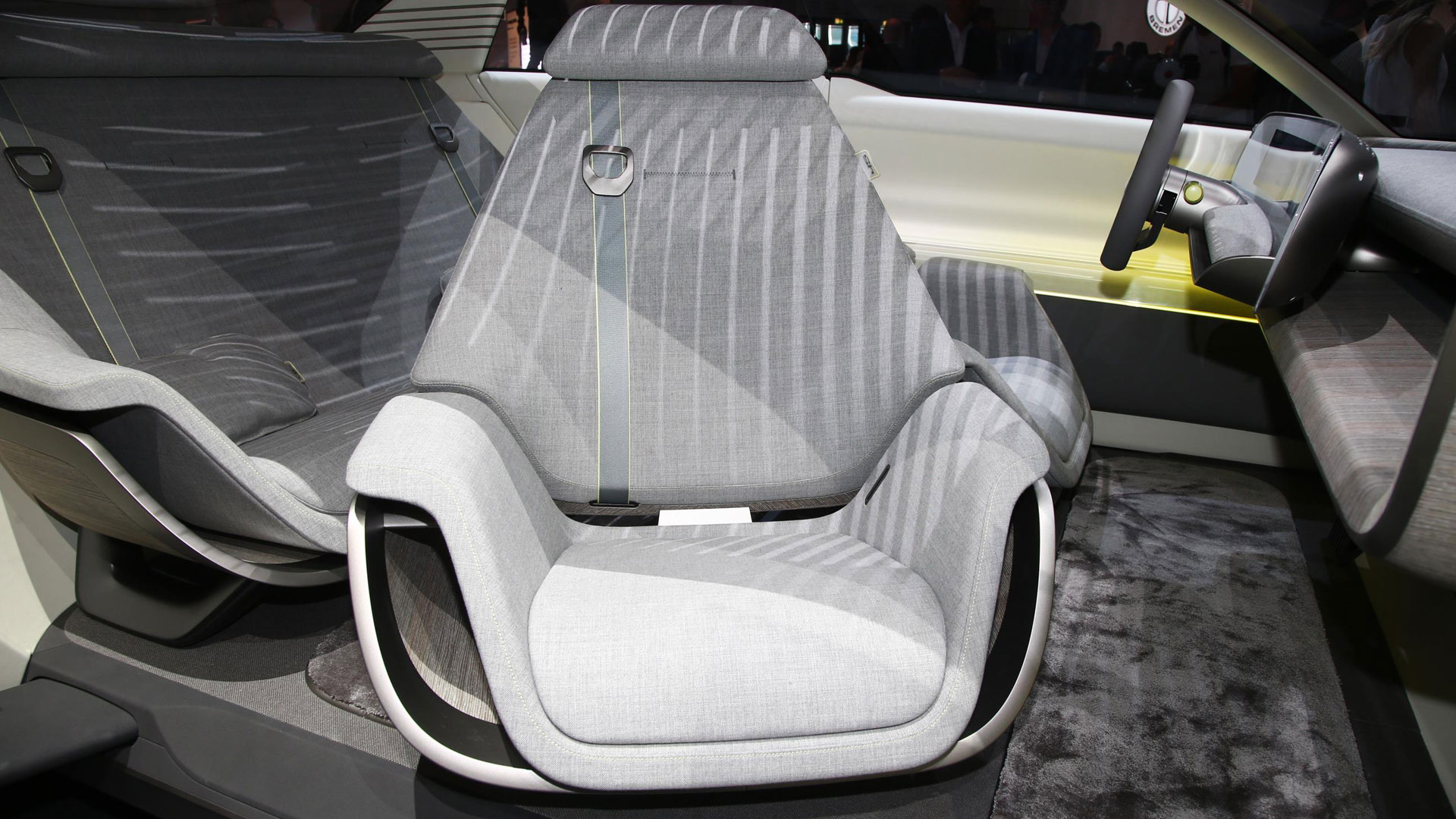 There are many reasons to love Hyundai 45 EV Concept, not least because it’s partly inspired by the Hyundai Pony of the 1970s. But the winning attribute of this cutting edge vision of the future of mobility is, and we quote, its ‘comfortable carpet’. In an age of electrification, autonomy and car-to-car communication, it’s good to know that manufacturers haven’t forgotten the importance of a good shag pile.

Did somebody mention the Hyundai Pony? 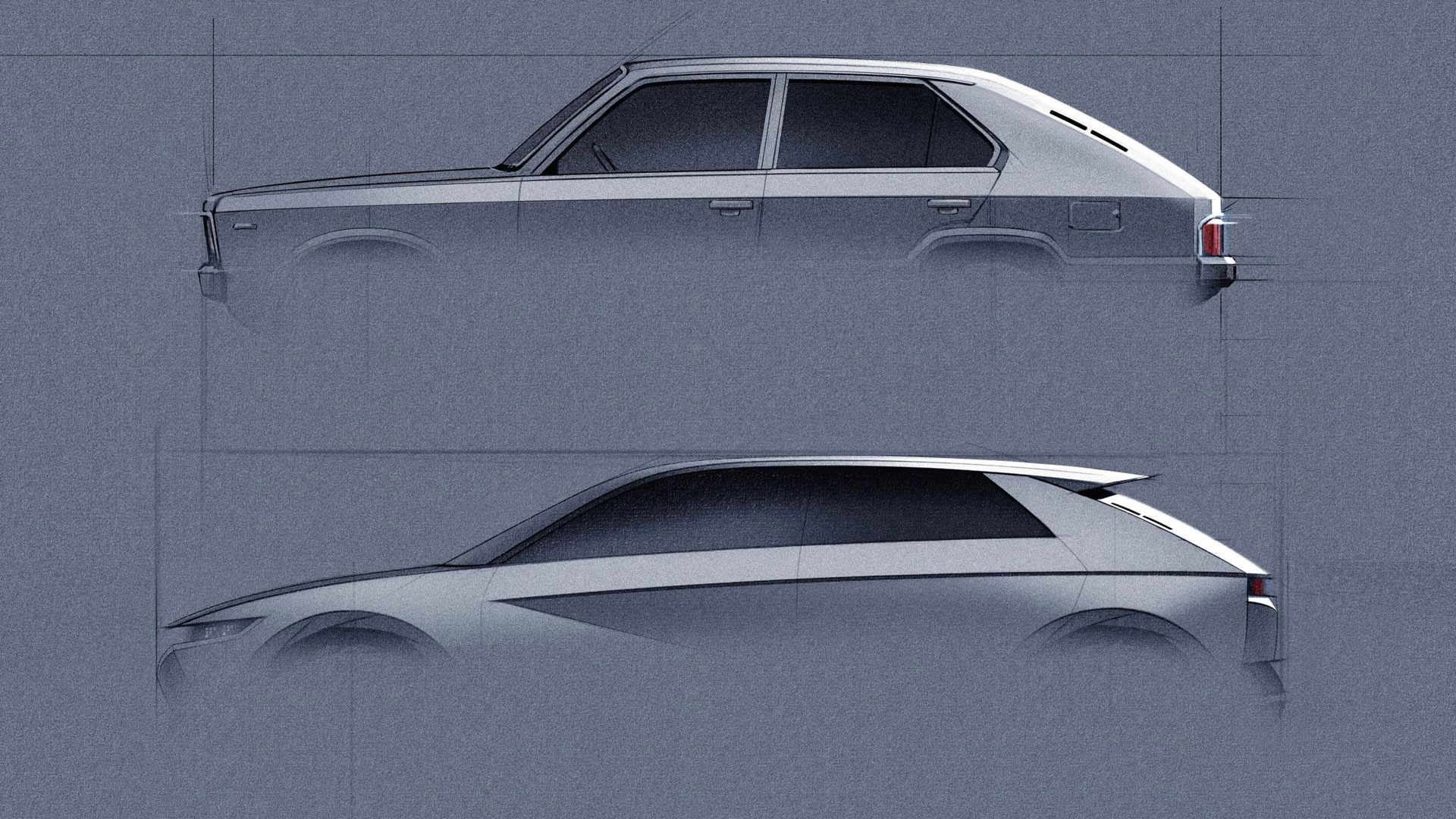 We’ve seen many illustrious classics referenced in press material over the years, but Hyundai’s decision to pay homage to the Pony was an unexpected treat. This also means there’s a little bit of the Morris Marina at the 2019 Frankfurt Motor Show. The legacy of British Leyland lives on. 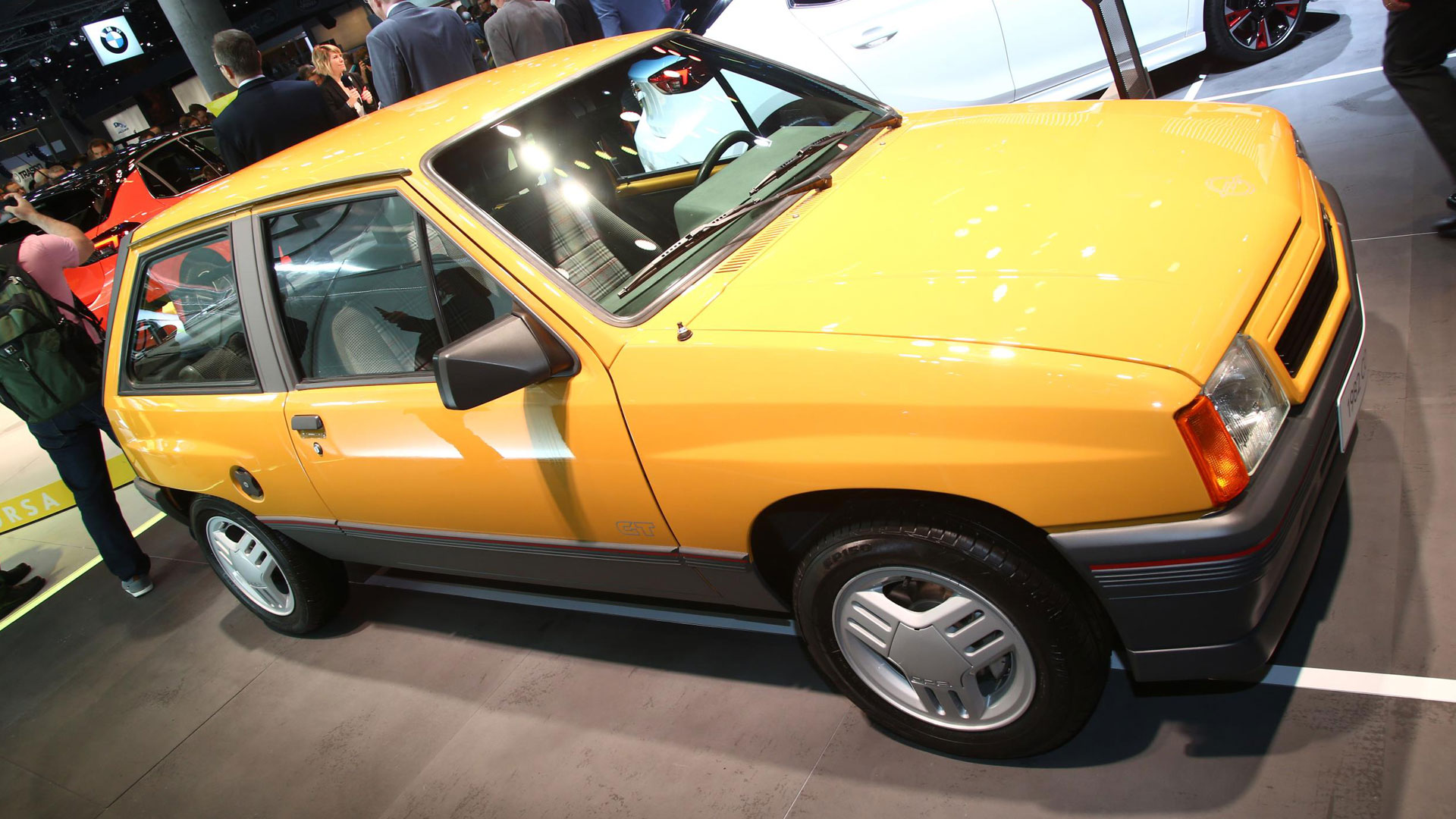 There’s a golden rule of motor shows: never feature a retro or classic car on a stand devoted to new cars. This 1987 Corsa GT has been upstaging the new Corsa all day, hugging the limelight and taking valuable social media buzz away from the latest model.

It’s a good day to be a signwriter 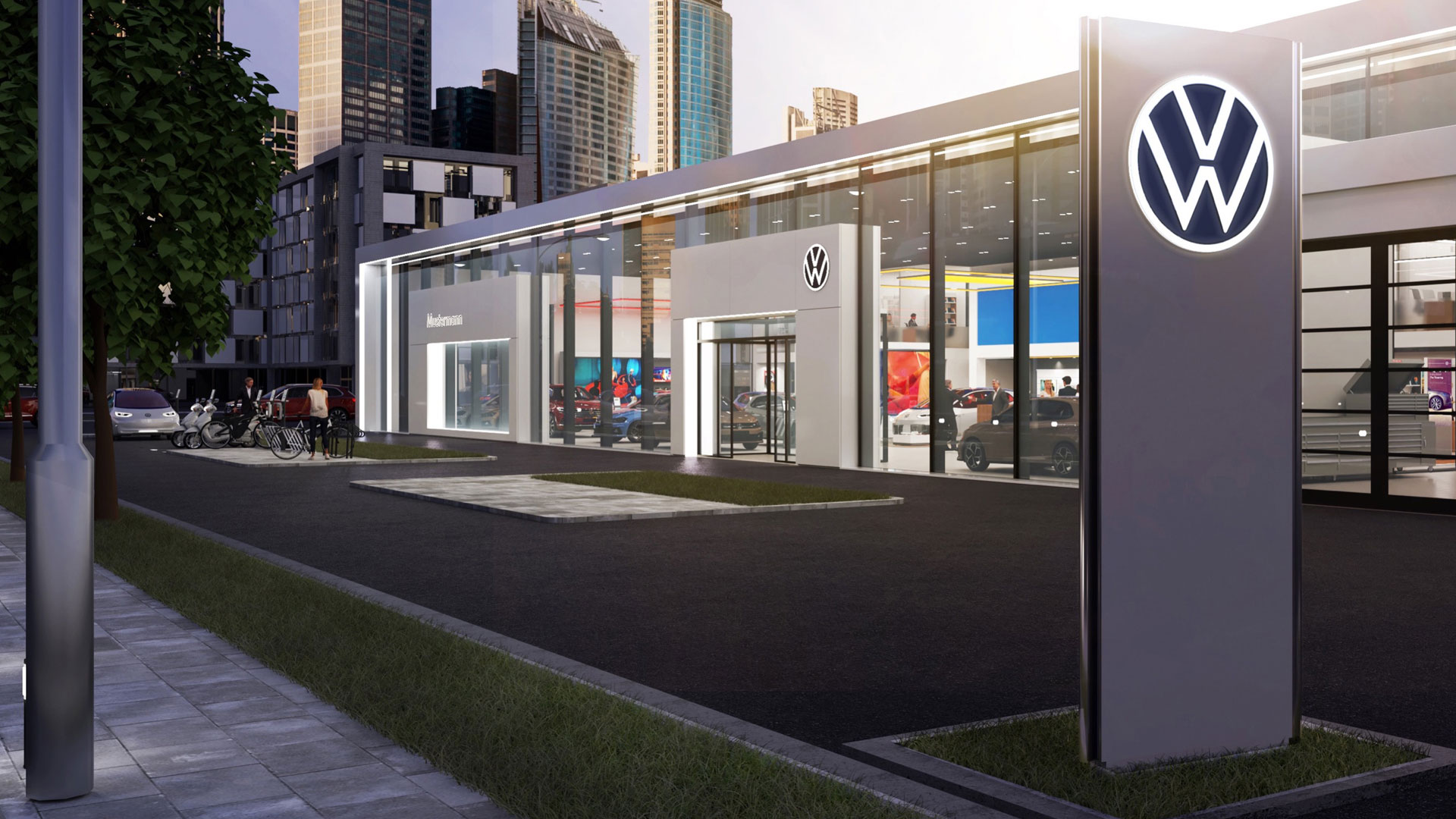 Signwriters and printers across the world will be heading out for a deluxe steak meal tonight following the news that Volkswagen has changed its logo. Dealer signage, point of sale, letterheads, business cards, advertisements, invoices, receipts, literature, etc, etc – if it’s got a Volkswagen logo on it, it’ll need to be changed. Kerching. 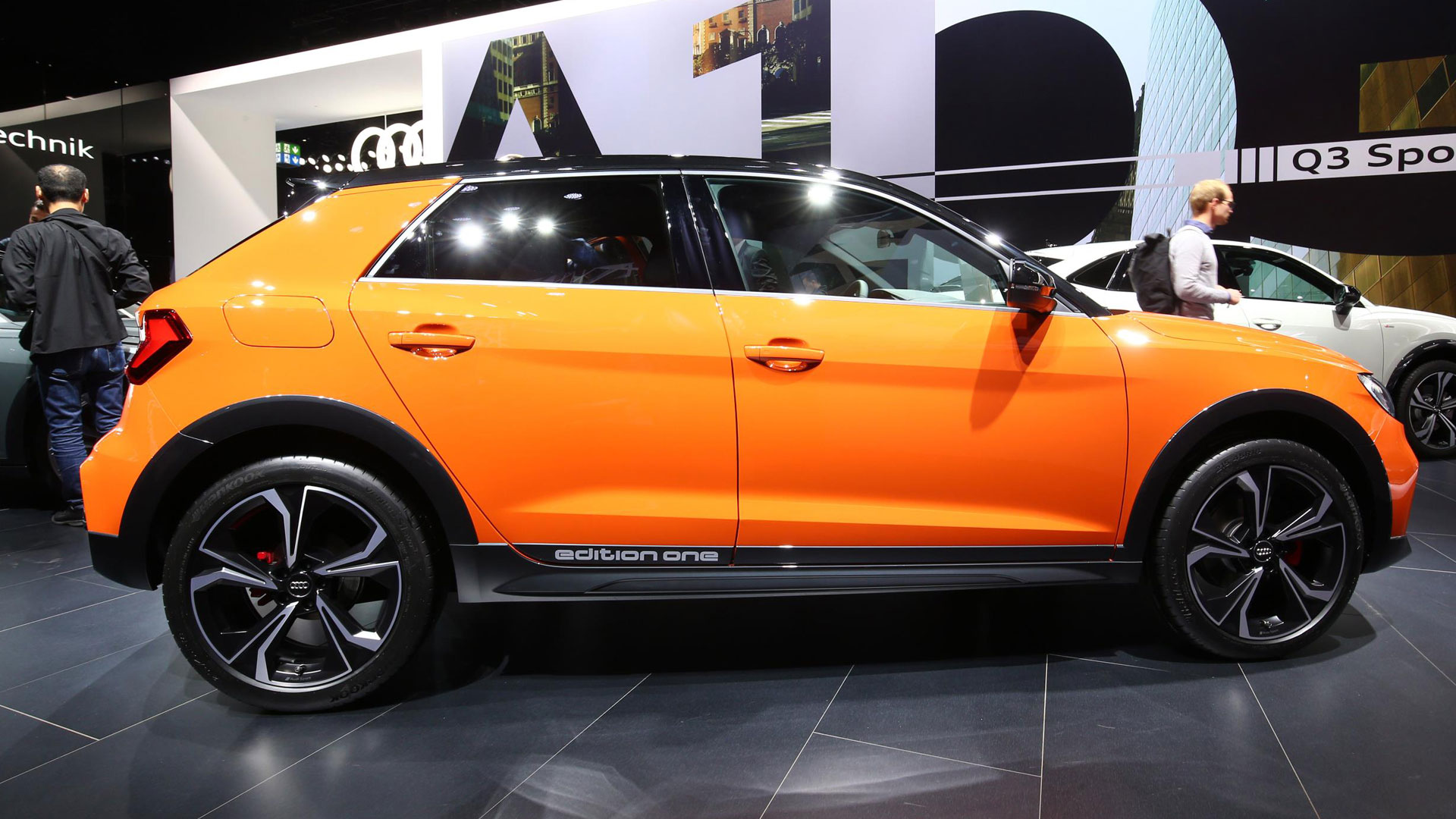 This is the new Audi Citycarver, which is essentially a Rover CityRover for a new generation. It’s also the name of the media mogul turned Bond villain, Elliot Carver. Like Audi, Carver had his eyes on world domination. He was hell-bent on making news, while Audi is focused on filling niches. 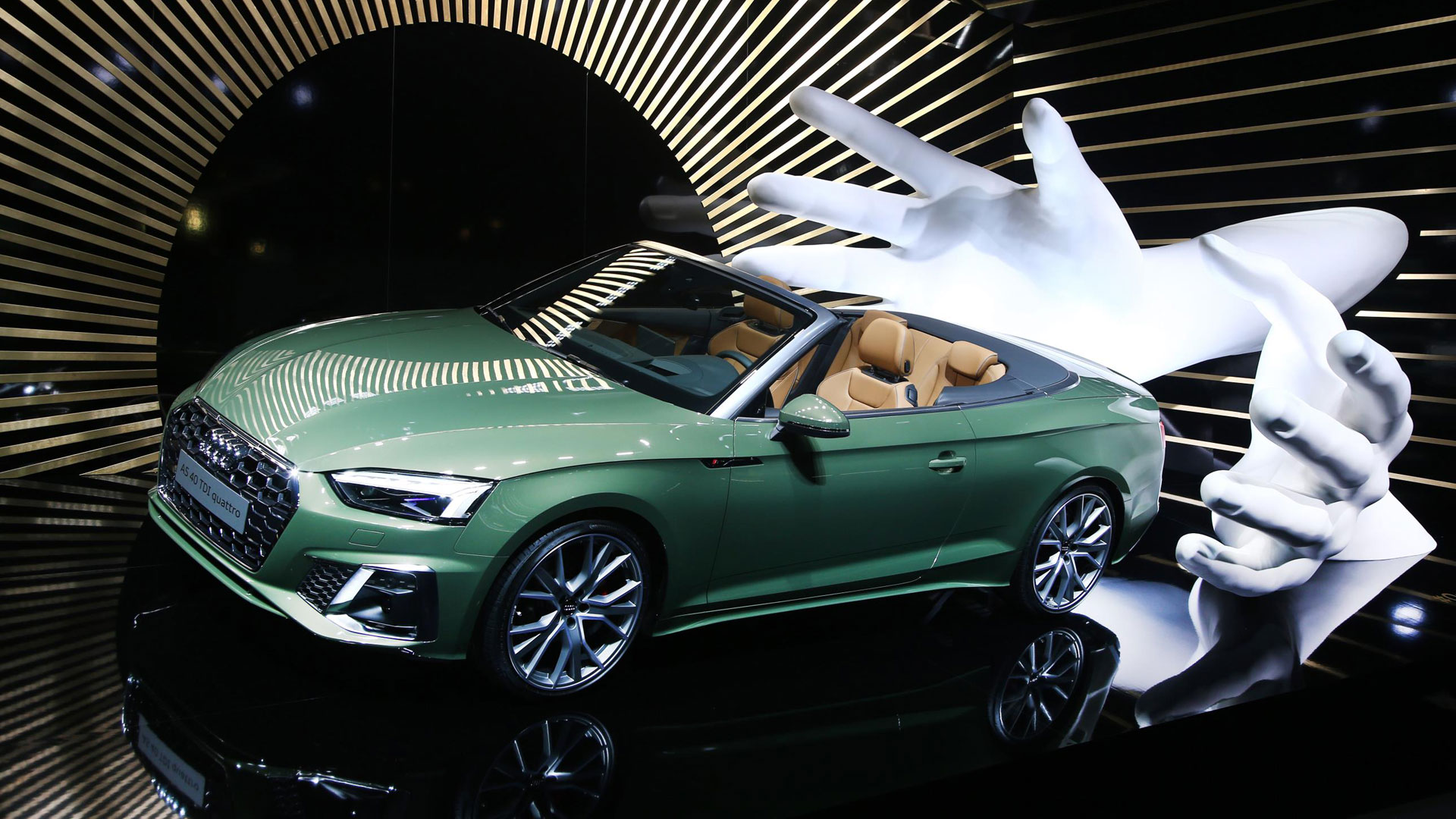 We’re not entirely sure if these giant hands are a new safety device or are designed to give children nightmares. Either way, they’re a creepy way to unveil a new car. Still, it makes a change for Audi drivers to see something horrible lurking in their rear-view mirror… 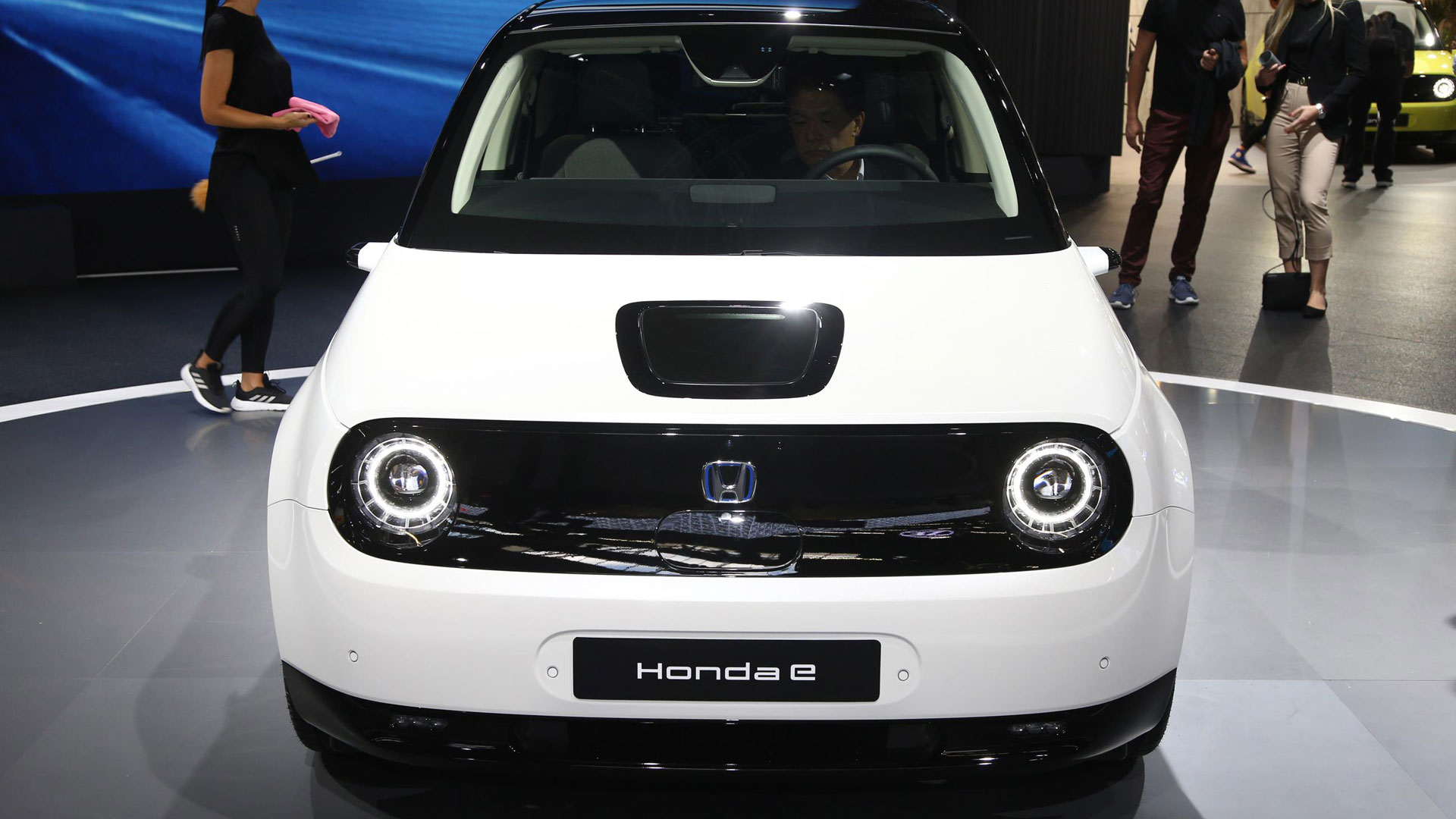 A £30,000 entry price was predicted for the Honda e electric car. So the fact that the standard model will cost ‘just’ £26,160 or £299 a month is an unexpected treat. Unfortunately, the low cost version won’t be available to order until early 2020, so you’ll have to plump for the £28,660 Honda e Advance if you want to be an early adopter. 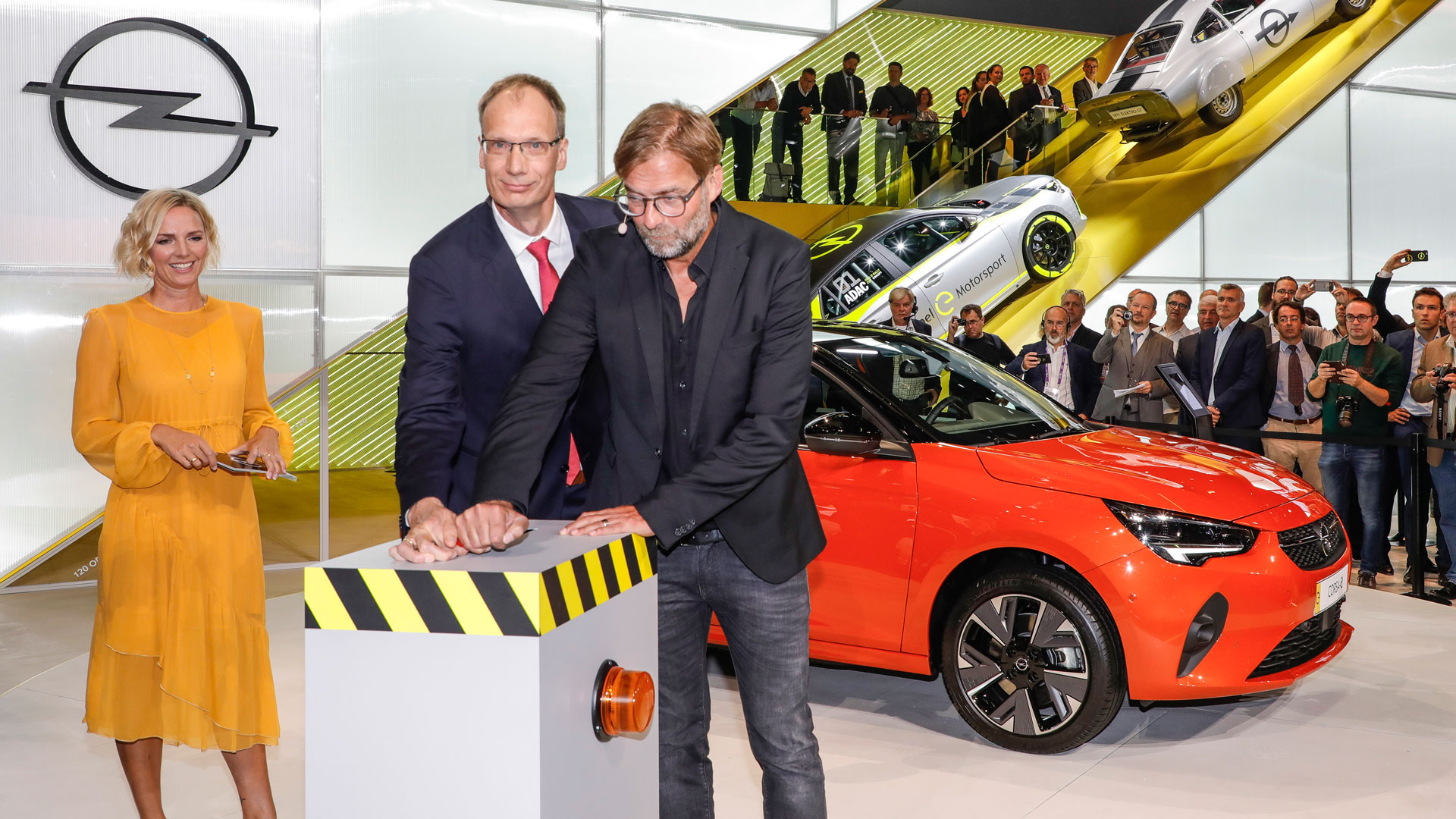 Here’s Jurgen Klopp and Opel CEO Michael Lohscheller looking not at all awkward on the Opel stand. “At the end of the day, it’s a show of two halves, and I’m delighted to be…. WOAH, look at that magnificent 1987 Corsa over there,” said Klopp. Probably.

From scrappage to showstopper 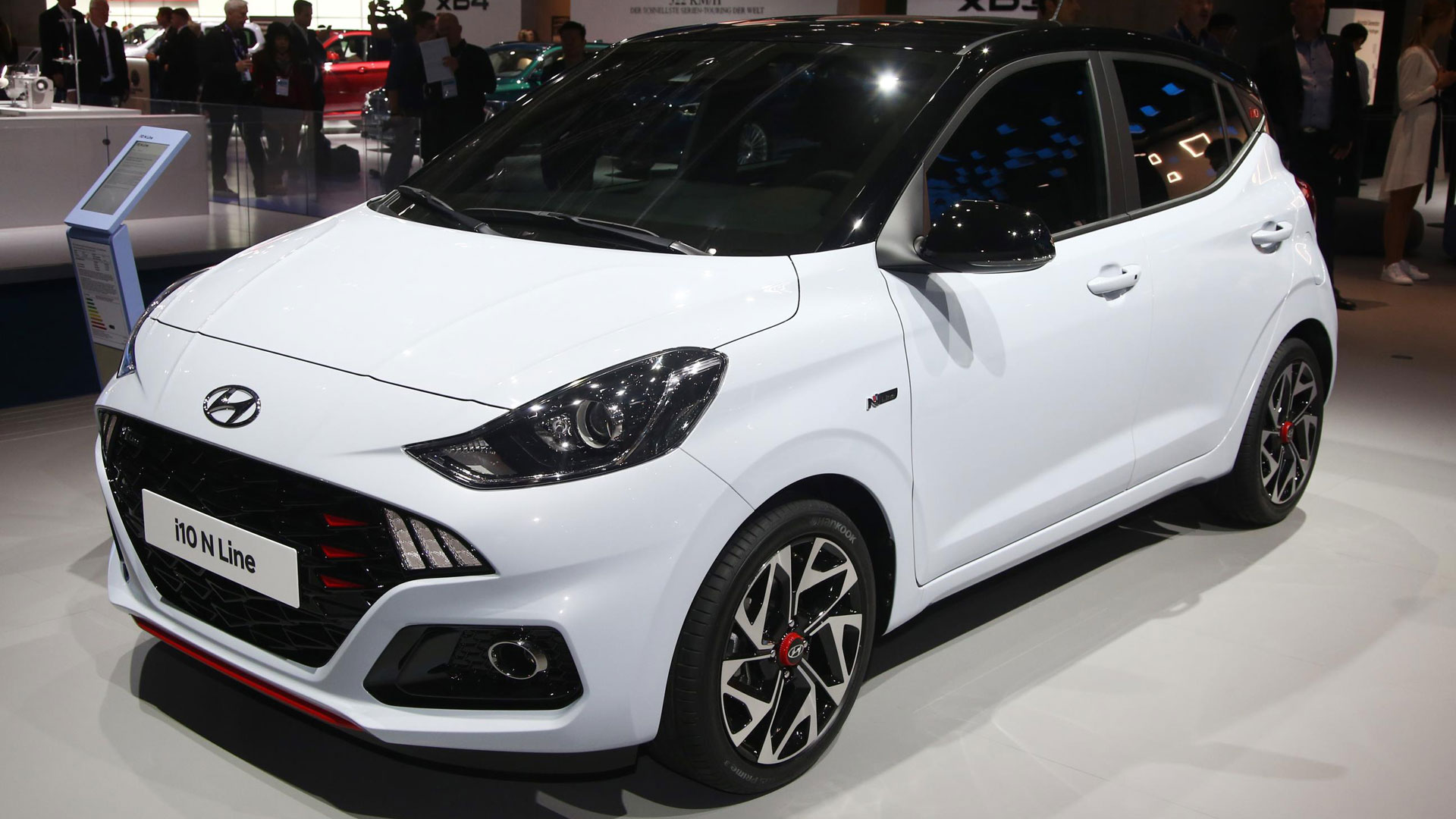 The Hyundai i10 has come a long way since the days of the scrappage scheme and headline-grabbing low prices. The latest i10 looks desirable and stylish, while the specs and warranty should be enough to ruffle a few feathers in boardrooms across Germany. 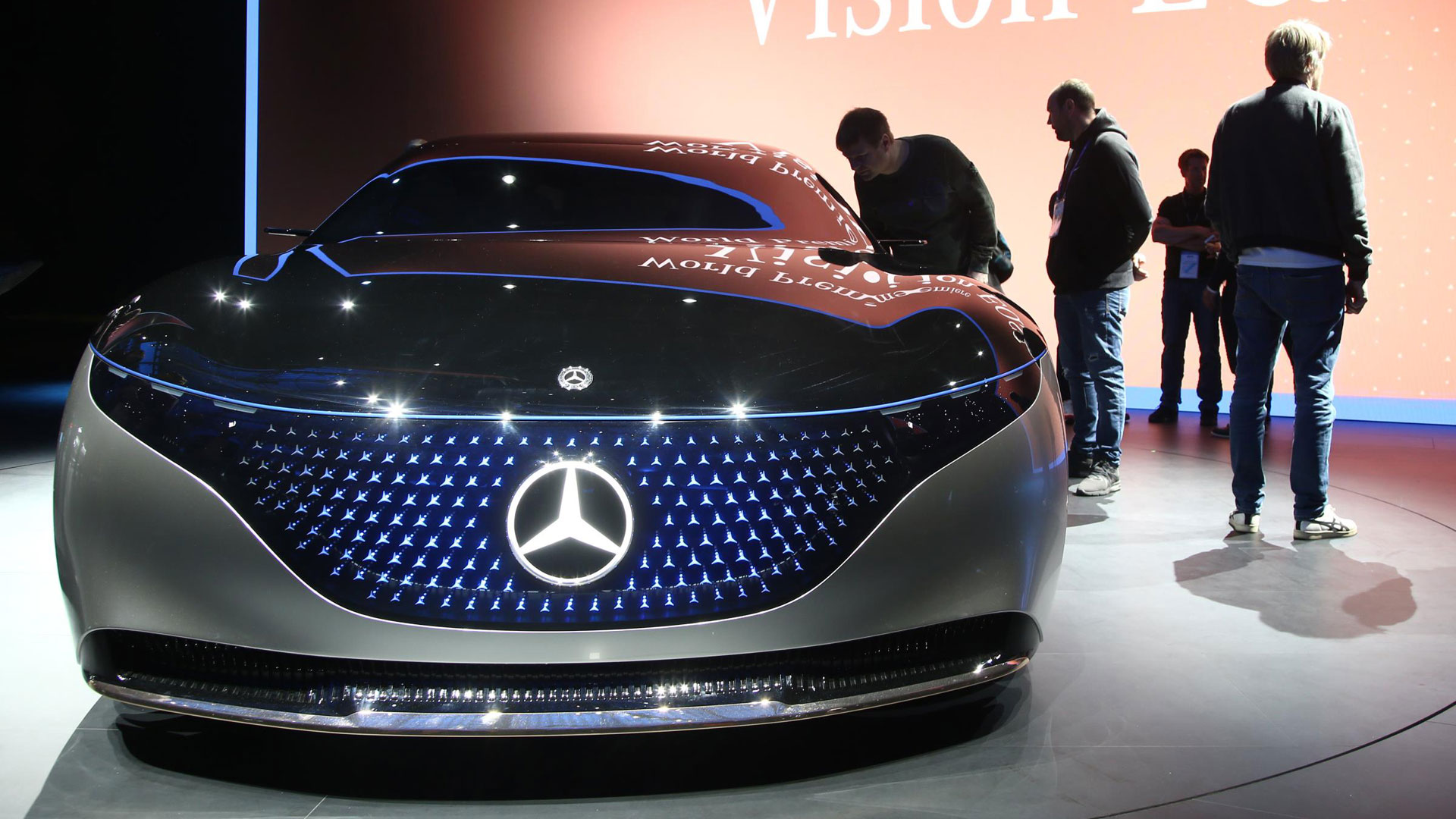 The Mercedes-Benz EQS is a vision of a future S-Class flagship we can all get behind. There are many features that won’t make production, but we’re rather taken by the choice of material for the roof liner. The textile was created by using a quantity of recycled ocean waste plastic, which strikes us as a jolly good idea. Nice work, Mercedes.