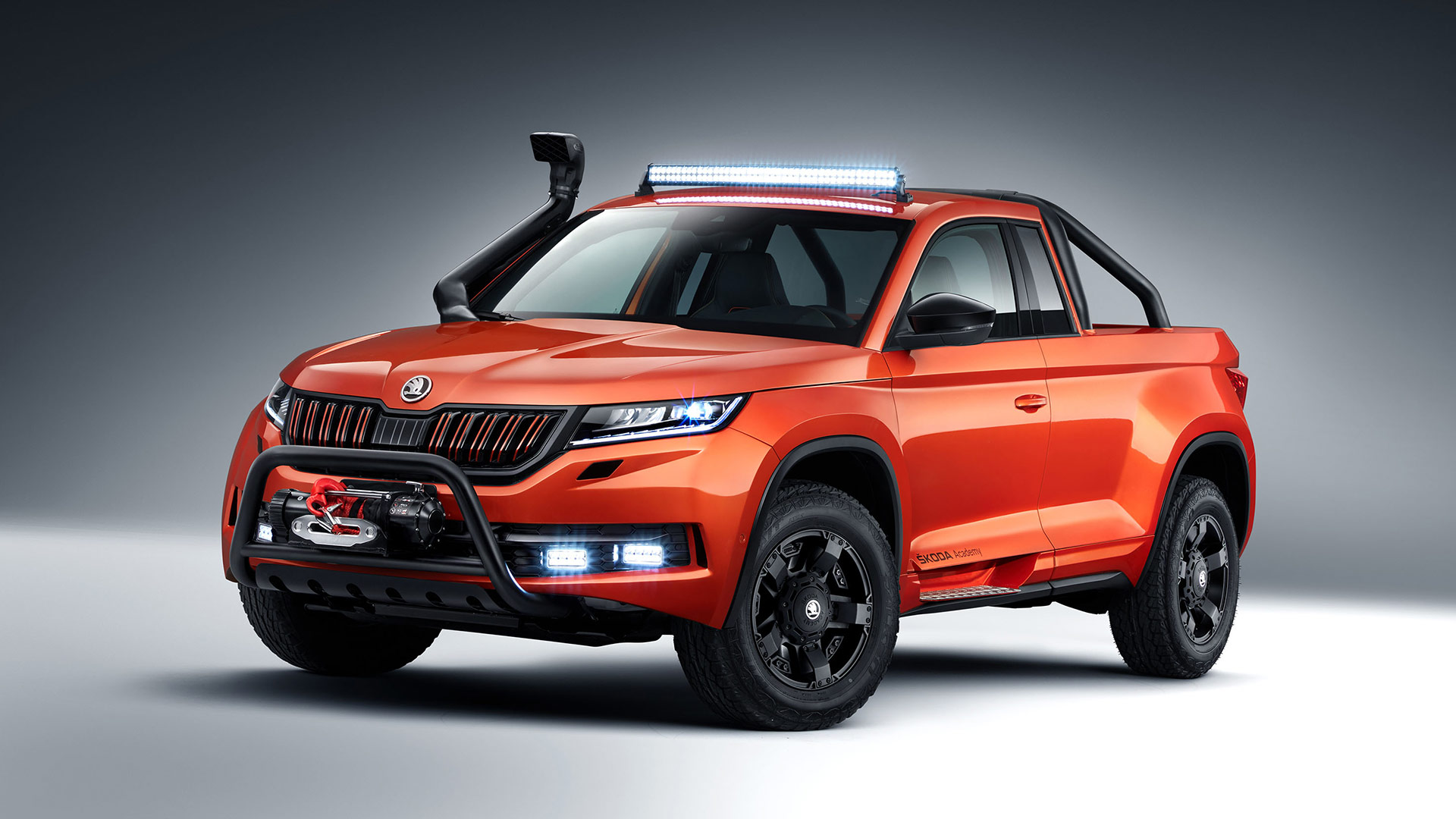 When most students celebrate the end of school, they might end up signing yearbooks or going to a prom.

However, the 35 apprentices at the Skoda Vocational School in the Czech Republic did things a little differently by building a bespoke pickup concept from scratch.

Dubbed the ‘Mountiaq’’ by its creators, this special truck has taken an incredible 2,000 hours of work to develop and build. 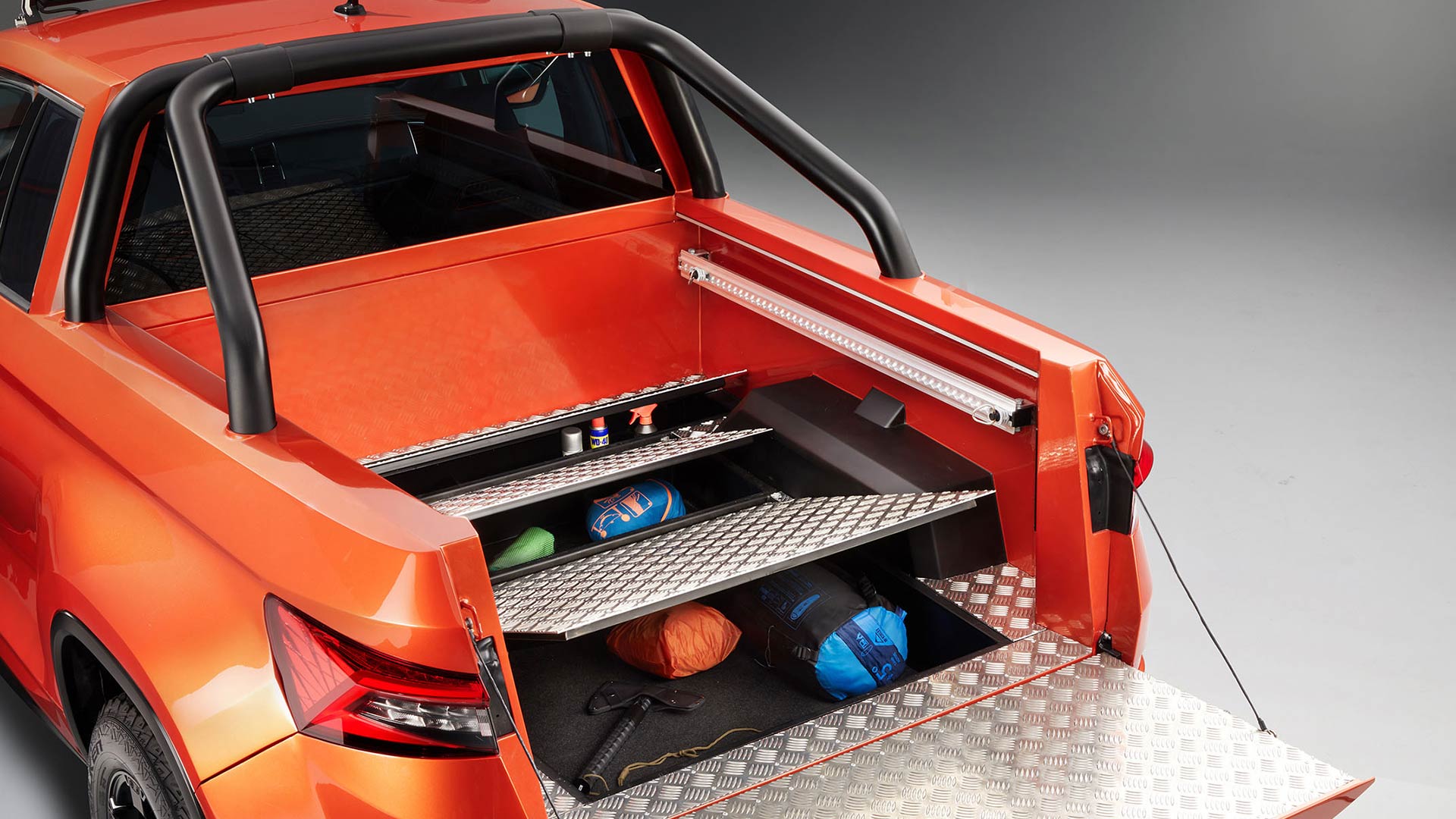 The men and women of the Vocational School took a Skoda Kodiaq SUV as a starting point, before chopping the roof off to create the custom pickup body.

An all-new cab and load area were custom-built, with hidden storage units beneath the bed floor for extra practicality.

Even the doors had to be shortened and widened to match the new proportions, whilst the apprentices also added bespoke front and rear bumpers. 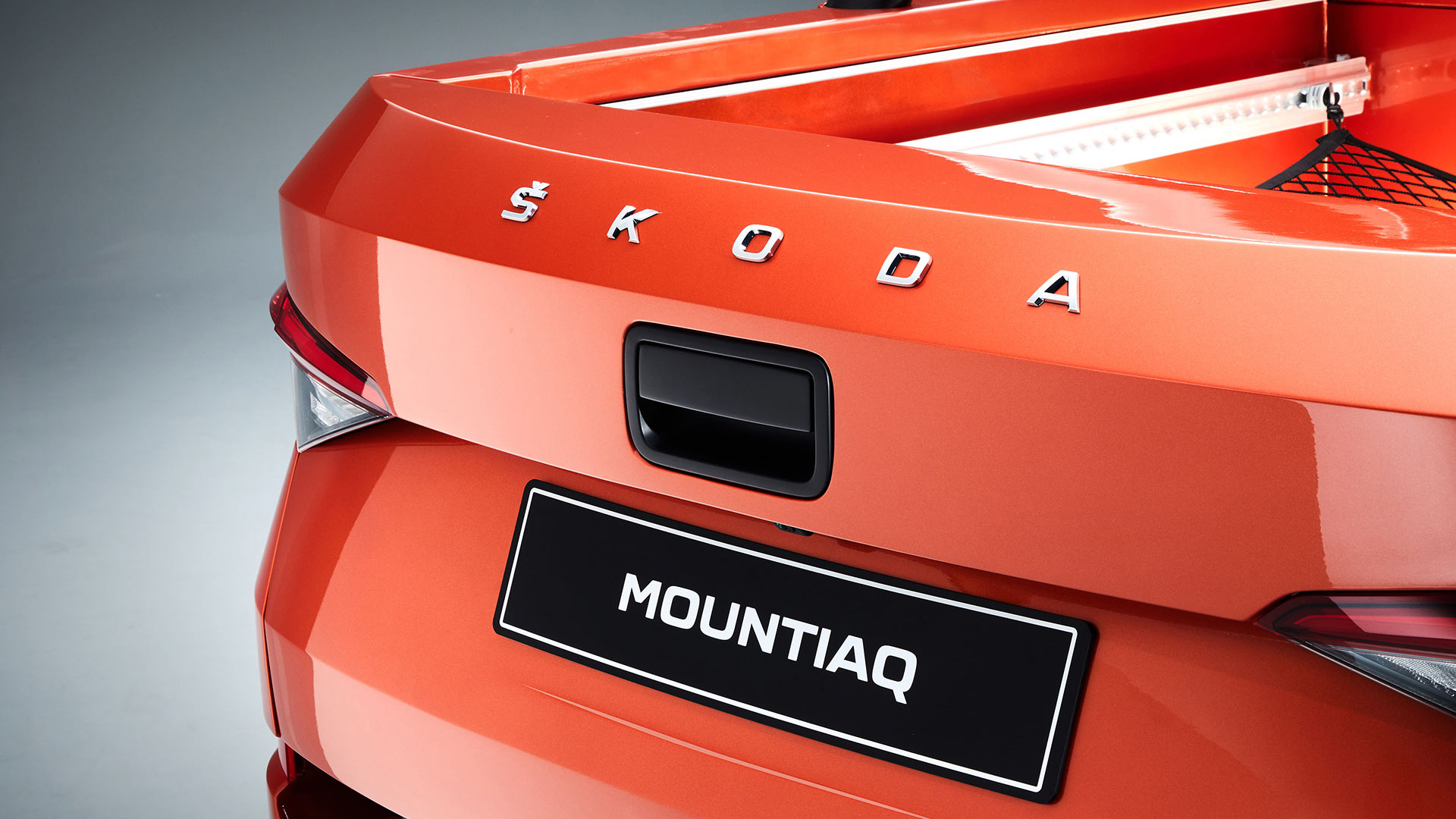 Designing and making a fully functional tailgate was one of the biggest challenges faced by the students. Yet they have succeeded in making one which looks and operates like it rolled off a production line.

The front-mounted winch is not just for show, and is attached to a specially designed bull bar to withstand the forces of extreme off-road action.

Lifted suspension is combined with 17-inch wheels, the latter wearing rubber which is designed for maximum grip in the dirt. A 2.0 turbocharged petrol engine and four-wheel drive system means it should be able to venture far into the unknown. 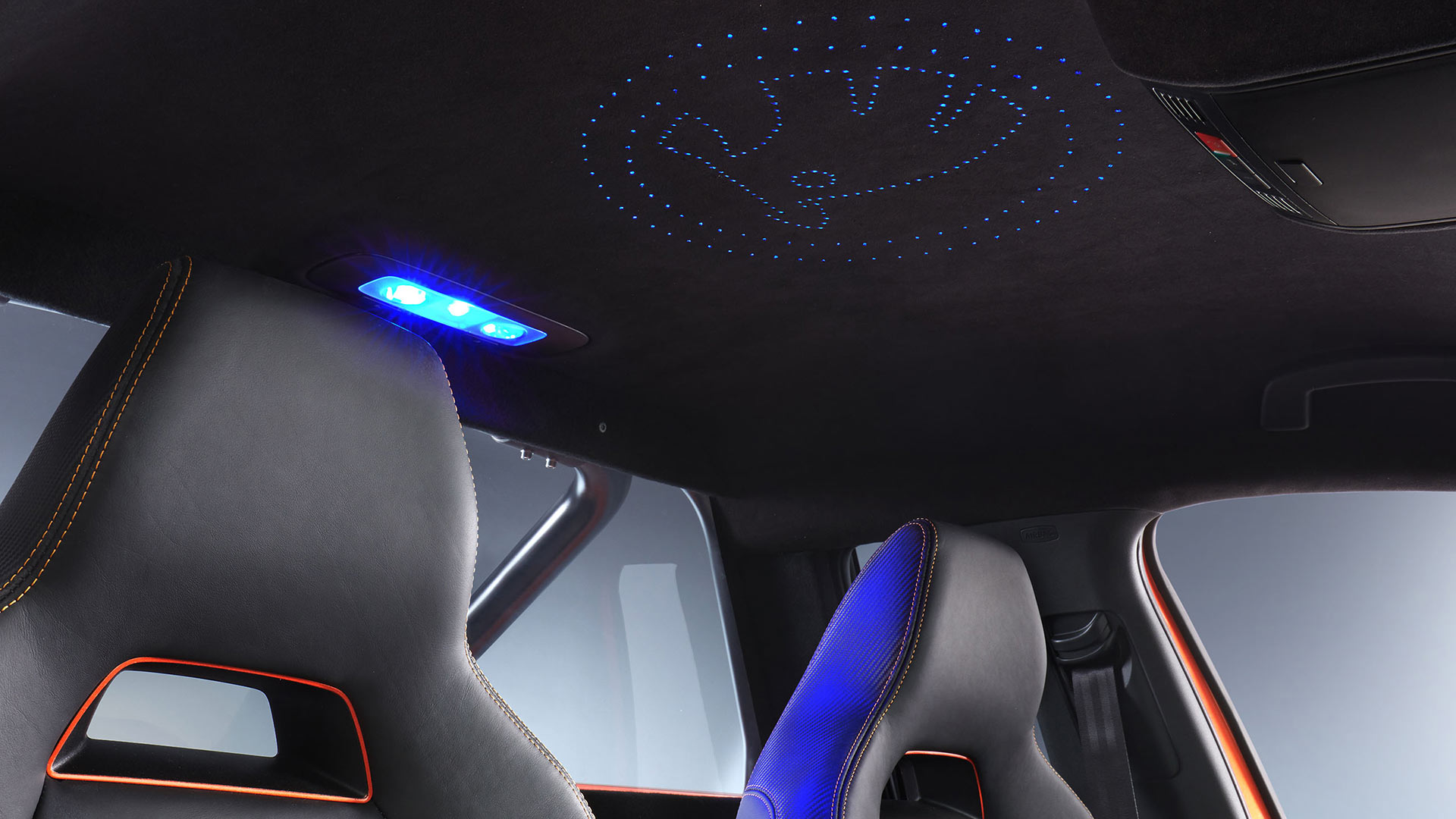 Picking the special Sunset Orange paint means there will be no losing the Mountiaq in even the wildest terrain. The hue is almost as bright as the gigantic LED light bar mounted to the roof of the pickup.

More bespoke lighting features throughout, including in the load bed, in the radiator grille, and even with a glowing Skoda logo in the interior headlining.

The special headlining is just one of a number of small hidden details, including an integrated refrigerator, walkie talkies, and 3D printed wheel ornaments. 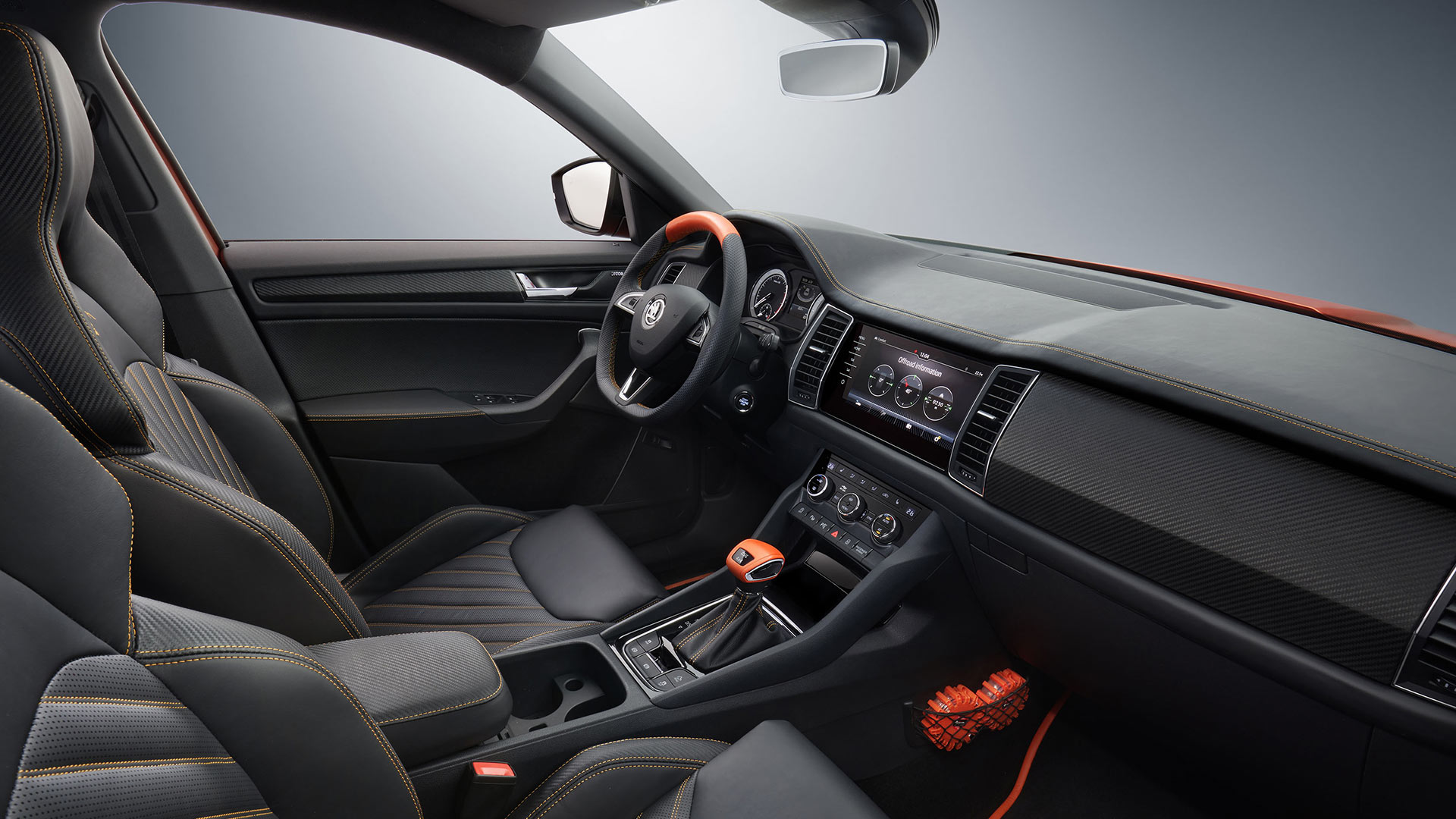 Inside the Mountiaq, the students have shown off the new logo they created for the truck, with it stitched into the front seats.

More Sunset Orange is used to highlight key items of trim throughout the interior, including the gear lever and the steering wheel.

The students have also ensured that the Mountiaq sounds as extreme as it looks. Standard 320-watt speakers are now attached to a 2,000-watt subwoofer and a 2,000-watt amplifier. 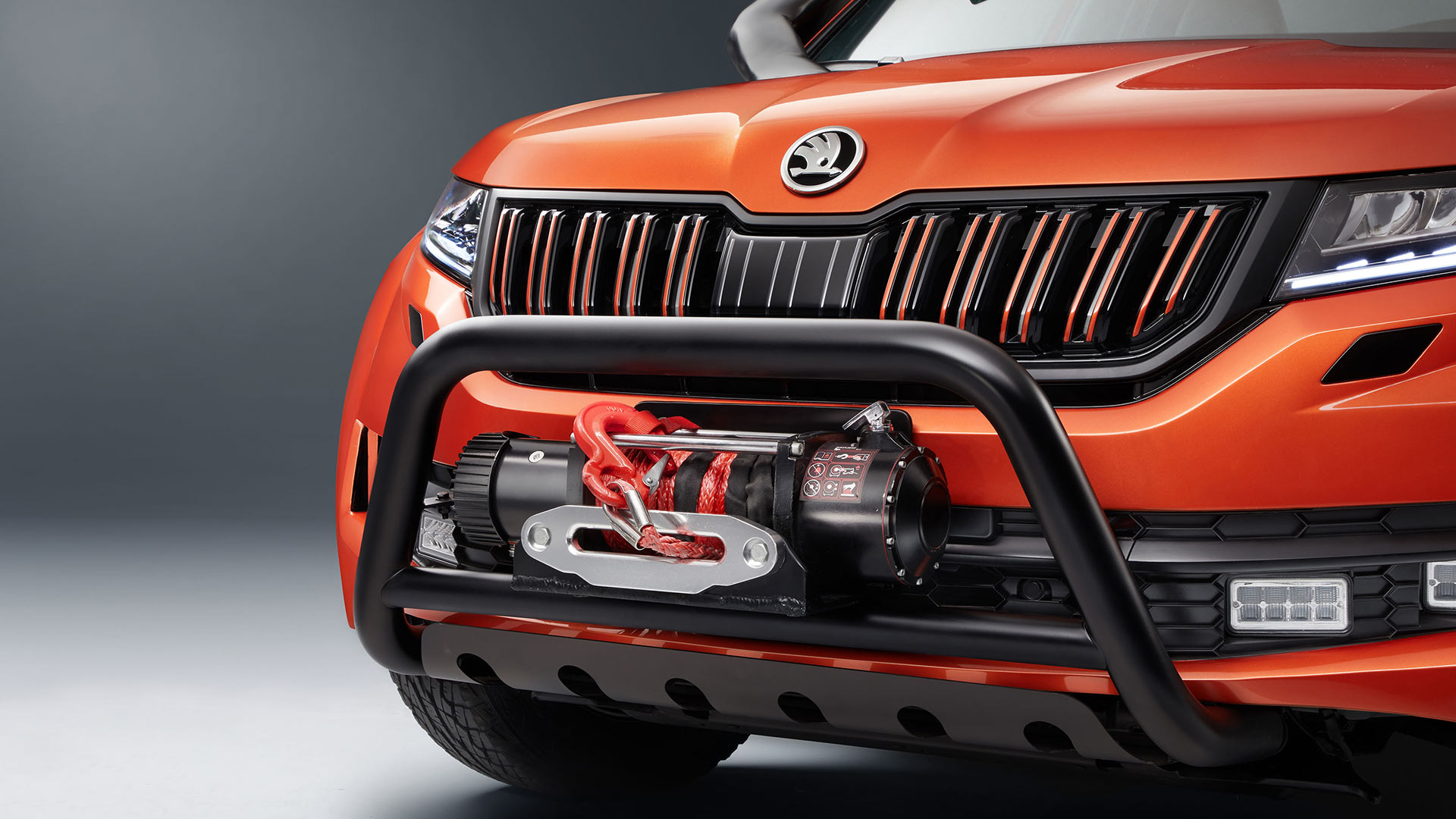 This special creation marks the sixth time Skoda students have had the chance to build a project car at the end of their studies.

Developing the Student Concept Car is more than just youthful exuberance. All of the students who successfully complete the Vocational School are offered a full-time job with Skoda.

Whilst there may be no plans at present to put the Mountiaq into production, it does at least demonstrate the bright future the Czech company has ahead – not to mention its students…