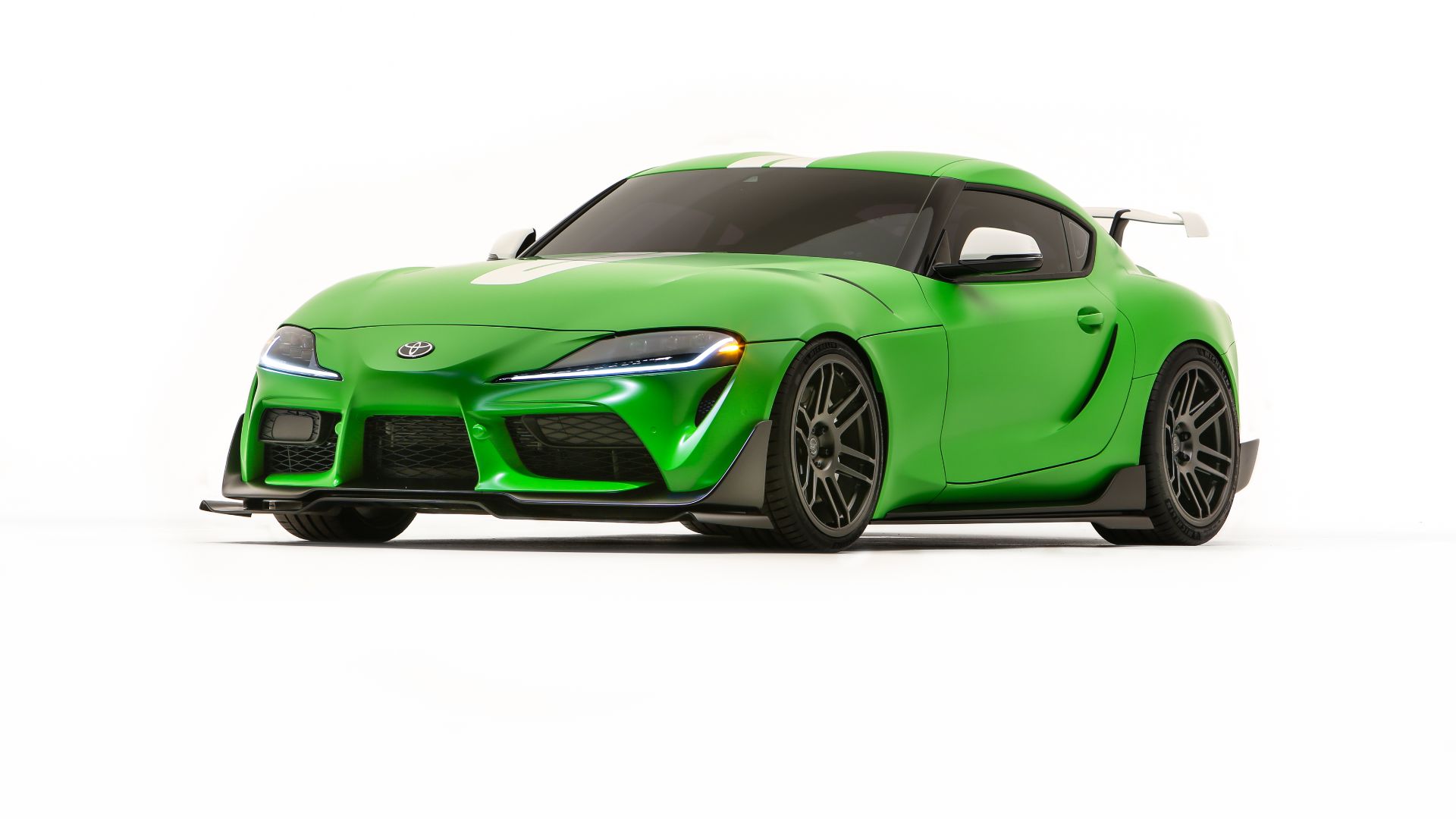 If, on the reveal of the new Toyota Supra, your thoughts were “close, but not hardcore enough”, well, Toyota might soon have you covered. Though not a market offering, Toyota is teasing faster Supras, the latest being with the GR Supra Wasabi Concept.

As you might expect from a car called Wasabi, it comes presented in a lurid green paint job. The new aero package has a very OEM look, but adds a level of aggression, particularly at the front splitter. The idea is that it’s a ‘vision of how the new GR Supra could adopt sanctioned, aftermarket products to enhance performance, without compromising its personality or functionality’. It’s one of many spiced-up Supras shown at this year’s SEMA show.

The wing and central twin-exit exhausts have a very ‘GT3’ feel. While that deletes the ‘afterburner’ style reversing light, they should improve exhaust flow. The wheels are new, with forged dual six-spoke items adding an aftermarket feel.

It sits lower on them, too. Ohlins Road & Track coilovers help those wheels fill the arches, and add track performance. They’re adjustable for height, compression and rebound. Behind the wheels is a new Brembo brake kit, adding six-pot calipers and massive 4-5mm discs up front.

Under the bonnet, although you won’t find aggressive upgrades to the engine itself, you will find a brace over it, between the front struts.

‘Public response carefully analysed, for the development of future products…’ 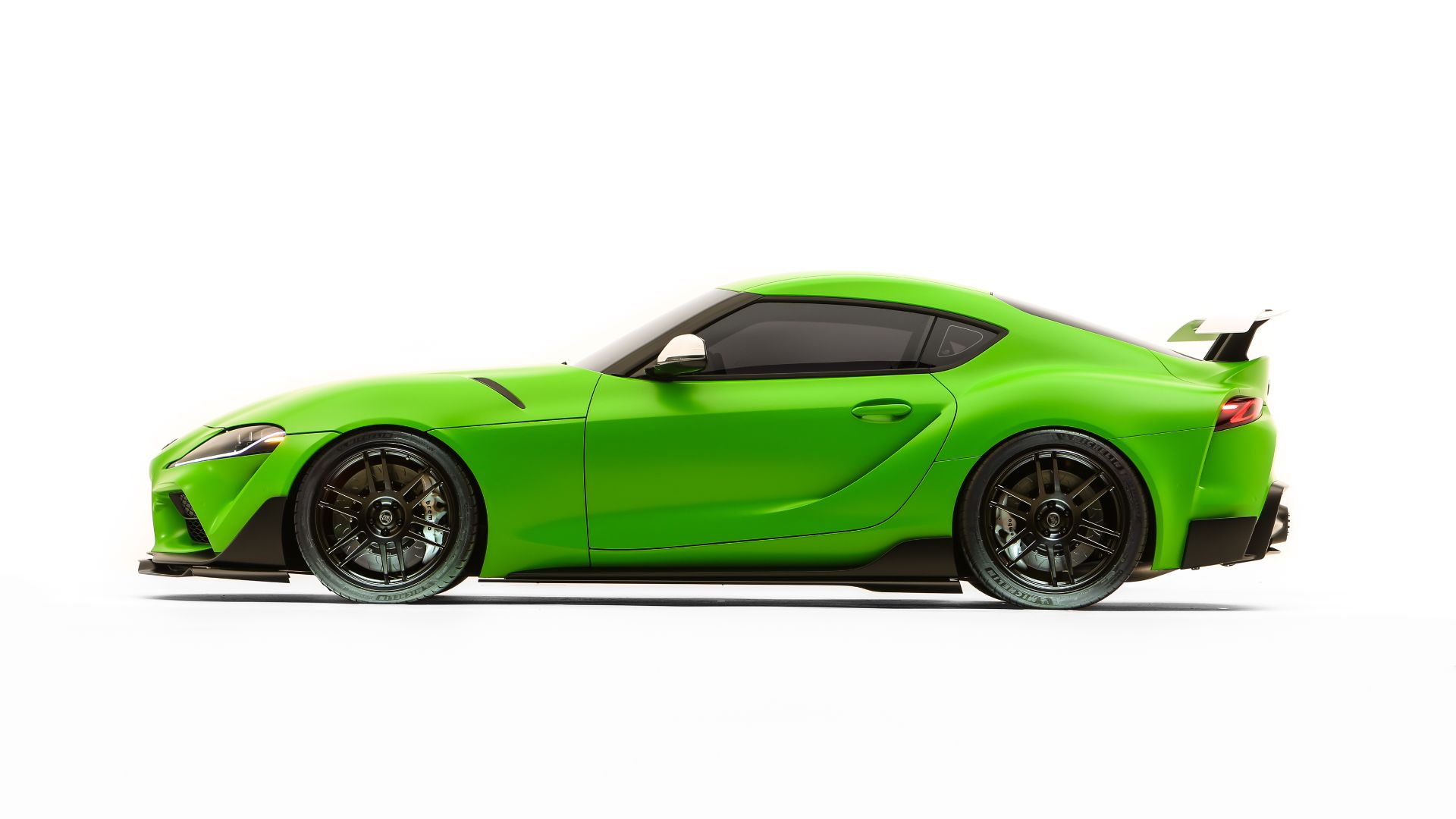 SEMA, of all car shows, is where you go to have a bit of fun. While this ‘Wasabi’ Supra is just that, it also serves an important purpose for the future, as do the other more extreme show cars.

Toyota will be watching very carefully to see how people react to its modified Supras. It wants feedback to help see where the Supra should go next. Whether that be a generic high-performance version, or a more skunkworks-esque ‘factory tuned’ route. It also wants customers to know that the Supra is tuner-friendly, and built with a buyer’s aftermarket creativity in mind. 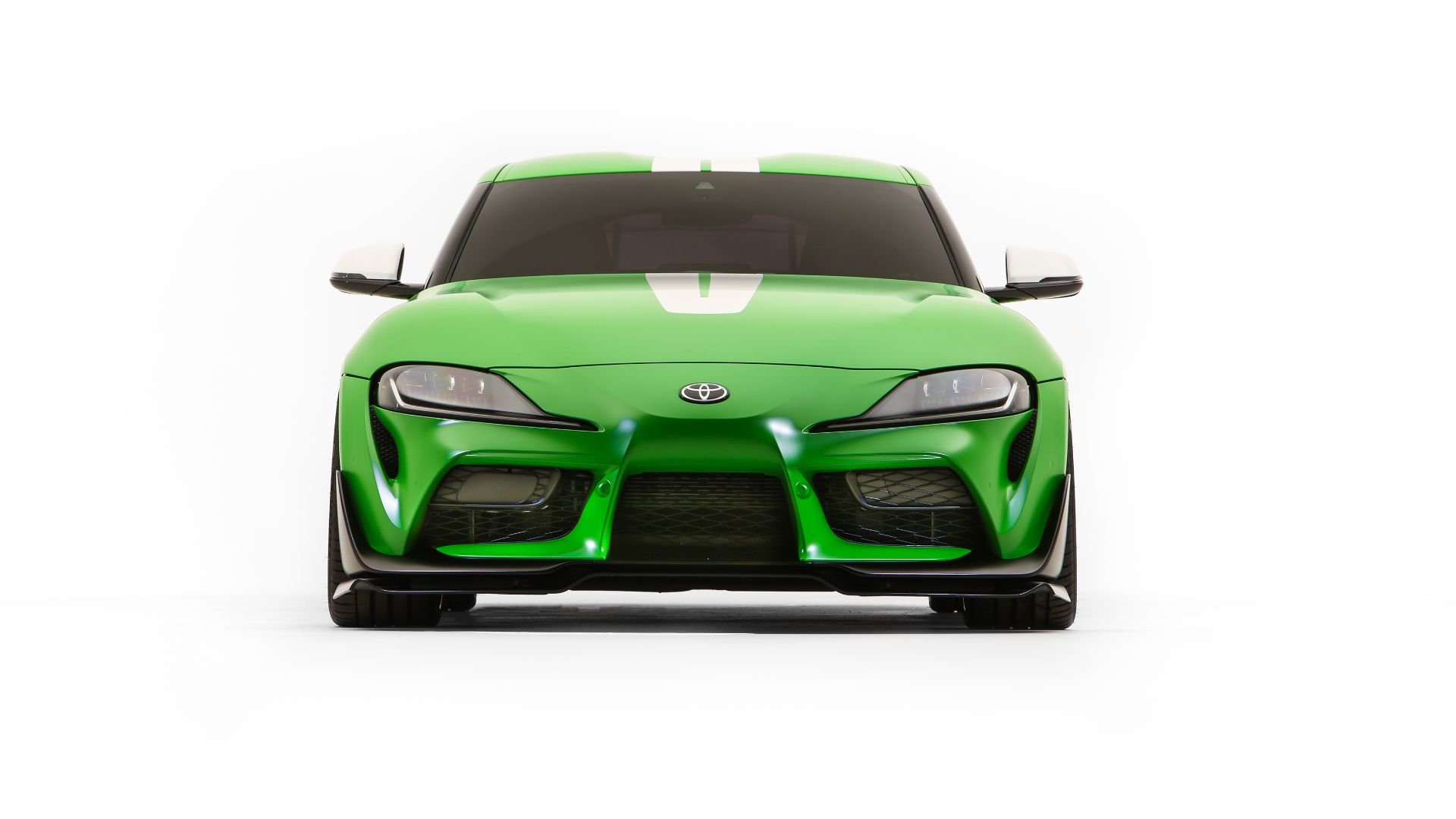 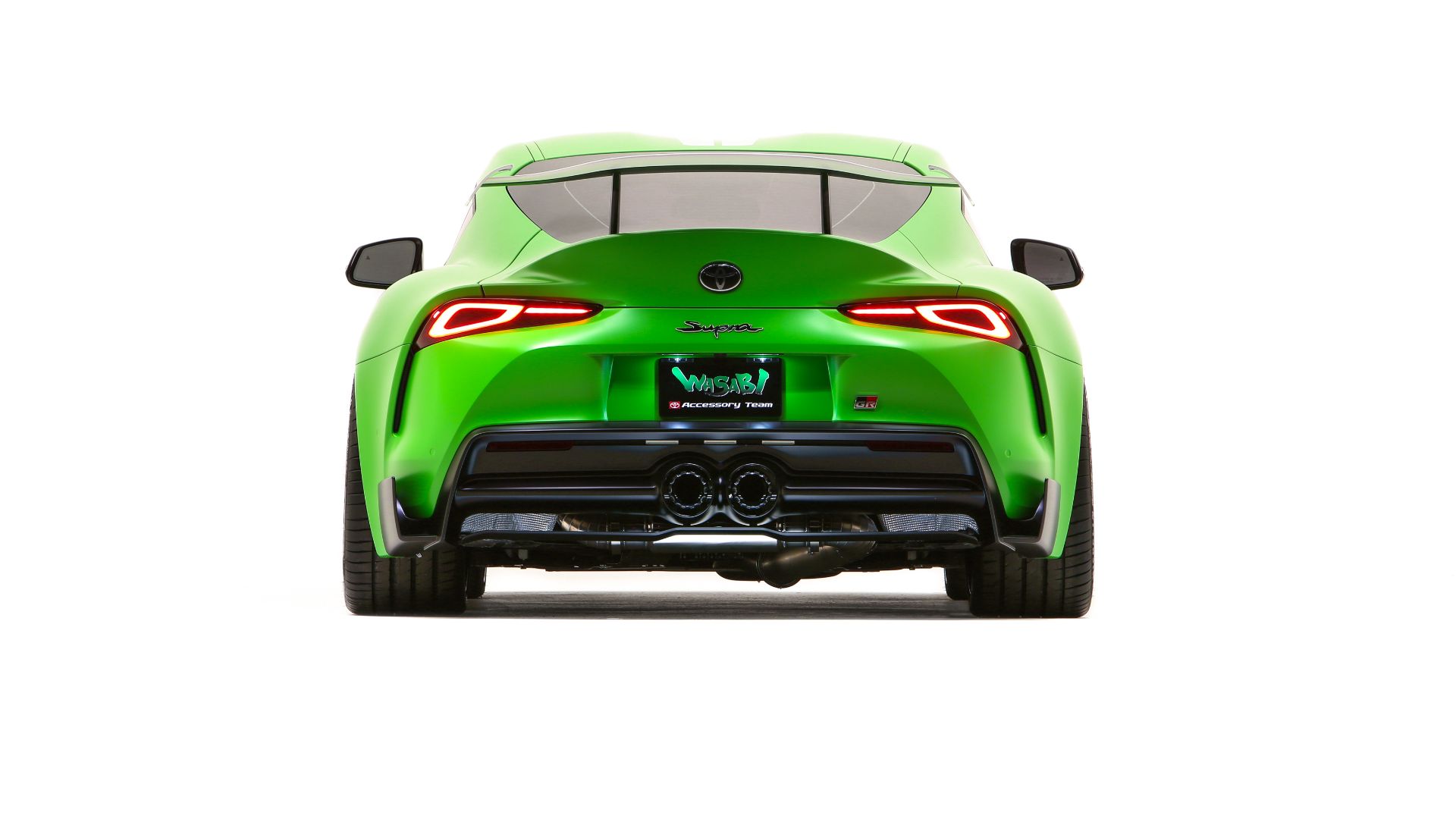 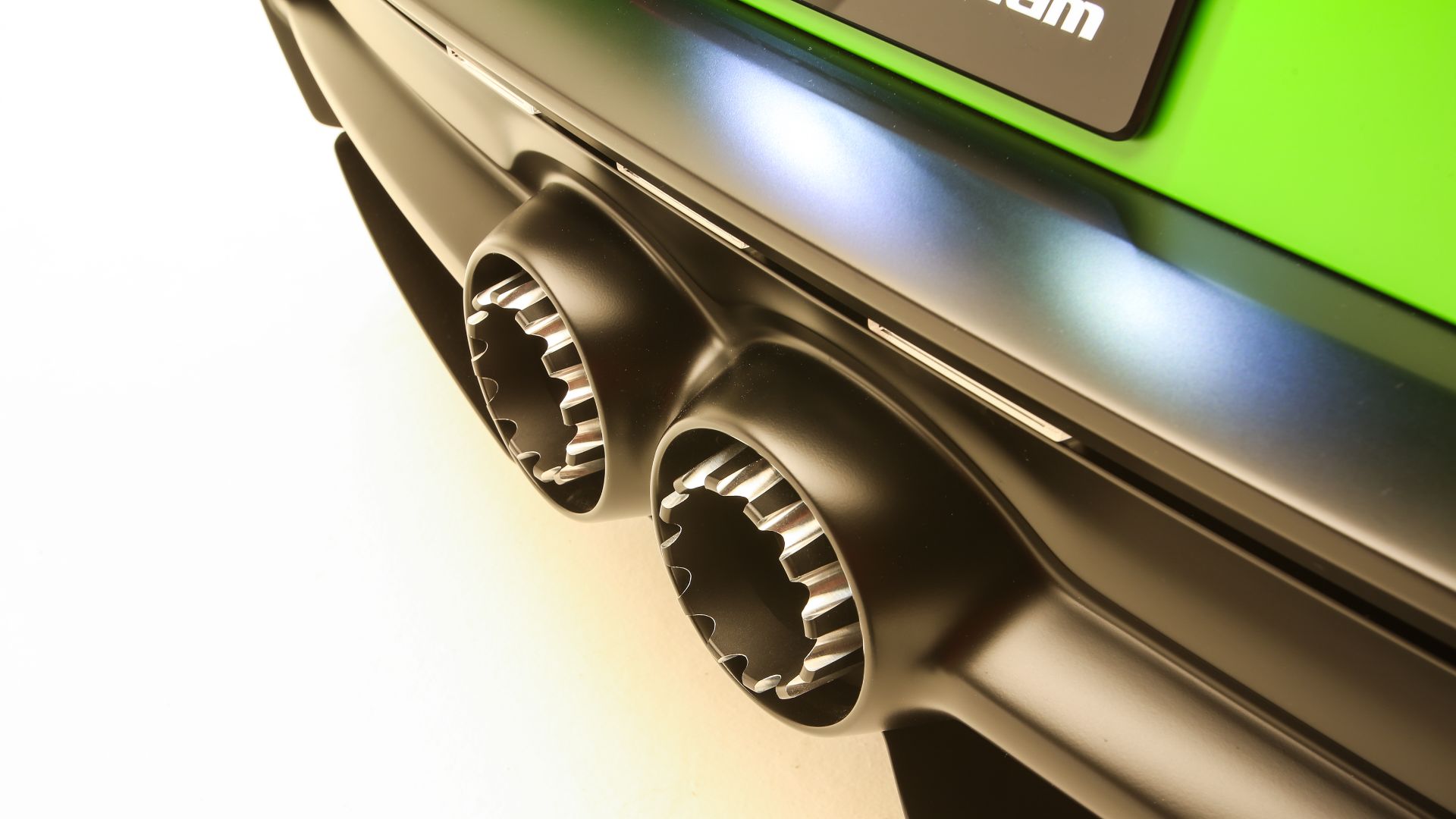 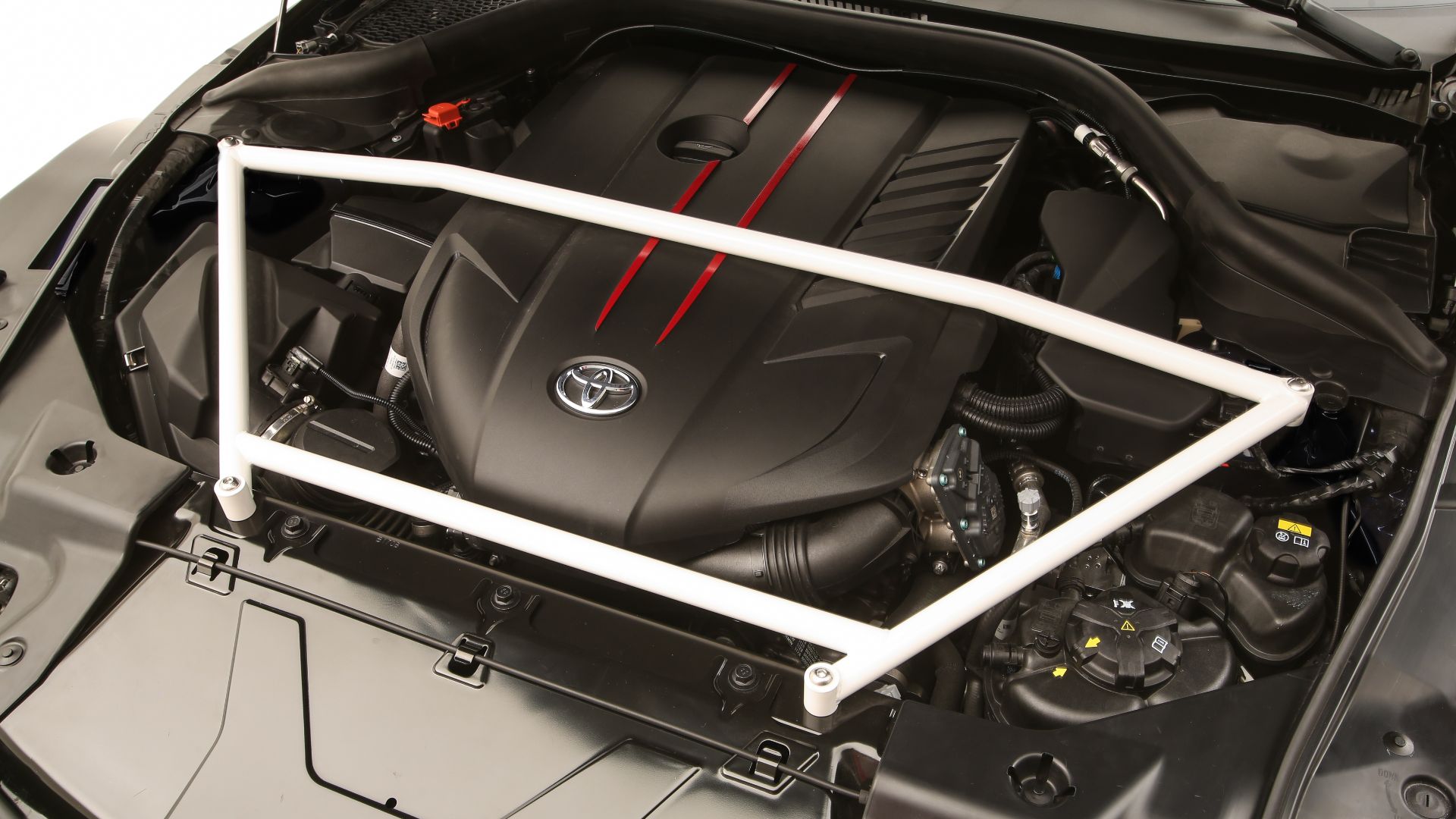 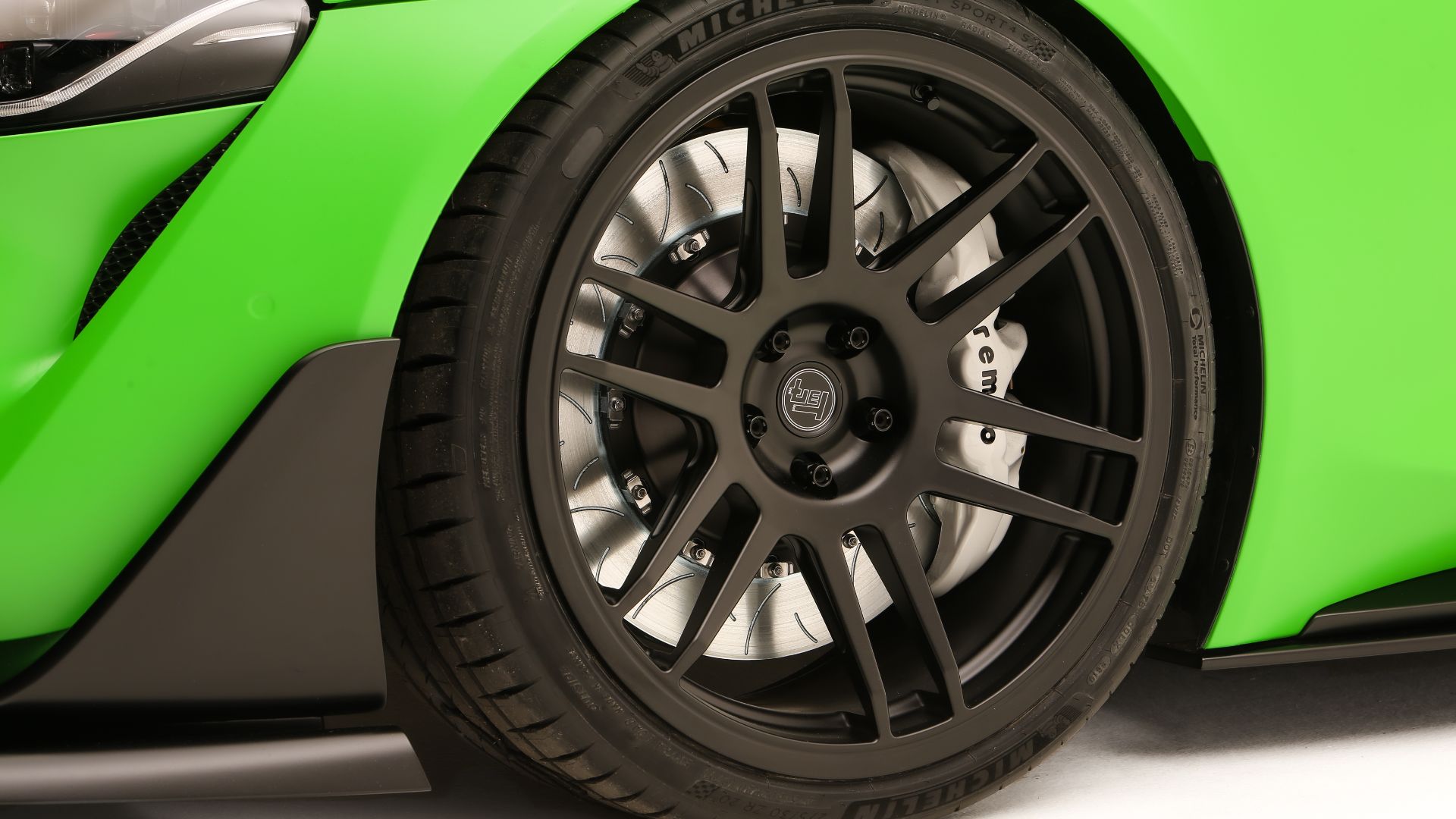